An incredible story of a woman, who died for 27 minutes before being brought back to life, has gone viral on social media. Her message though, is incredible.

A picture of a tattoo inked on a woman’s wrist has gone viral on social media because of the unbelievable story behind it.

The tattoo appears to be written in a jumbled format but a closer look at it will reveal what’s written: “It’s real”.

The tale behind Madie Johnson’s tattoo is not just uncanny but beautiful beyond belief.

In the caption that has been posted along with the tattoo, Madie explained that her aunt Tina had suffered an unexpected cardiac arrest a year ago.

Before hospitalising her, doctors declared her dead but Tina was brought back to life four times by Madie’s uncle Brian and first responders.

In the hospital, Tina was put on a defibrillator and she “miraculously” woke up after some time and asked for a pen.

On a journal, Tina, then wrote, “It’s real”. “The people in the room asked “what’s real?” and she responded by pointing up to heaven with tears in her eyes,” Madie added in her post.

Tina reportedly died for 27 minutes before being brought back to life.

Tina’s story is “too real”, Madie wrote, adding that, “It has given me a tangibleness to an eternal hope that is not too far away.” Before signing off, Madie wrote for her aunt, “The way you boldly love Jesus and others has changed the way I hope to live and love.”

Tina was discharged from the hospital soon after, Fox News reports. Madie, in her post, also shared pictures with her aunt.

Her post has garnered over 22,000 likes after being shared online on June 19. Emotional comments are pouring over on Madie’s Instagram.

“This truly touched my heart and like you, gave me assurance in my faith. Thank you for sharing.. I am praying for a quick and full recovery for your aunt Tina,” read a comment while another user wrote, “May we all live out the legacy of faith Tina Marie has shown us.”

Another user wrote: “Oh my gosh this is absolutely incredible.” 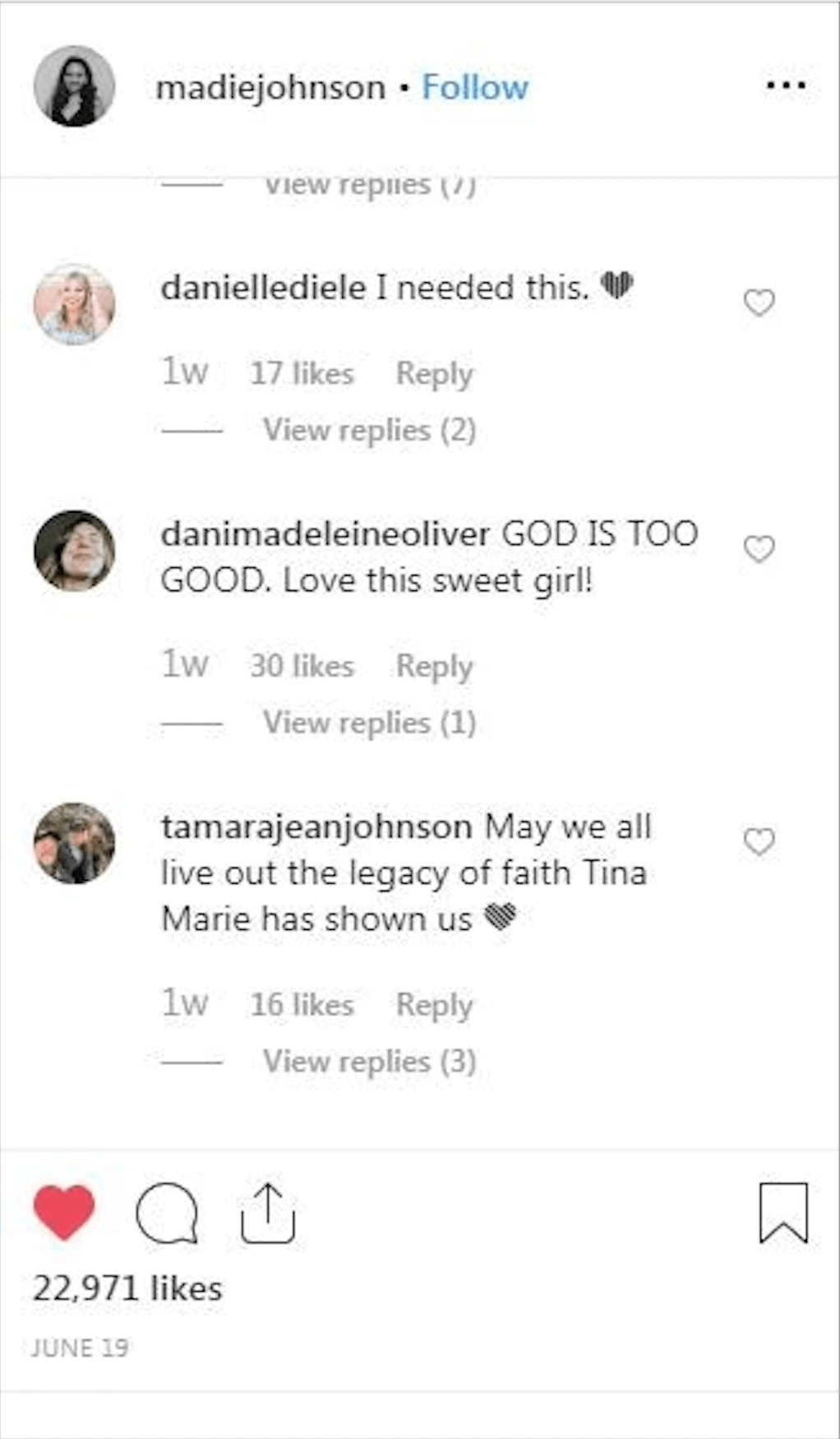