A teen boy from Mississippi is being called a Hero after he springs into action to rescue four people, including a police officer, from drowning.

According to Good Morning America, 16-year-old Corion Evans was on hand to witness a vehicle drive straight into the Pascagoula River in Moss Point, Mississippi. The car began floating about 20 feet from the shore, before quickly starting to sink with its three passengers, all teenage girls, trapped inside.

A statement released by the Moss Point Police Department said: “The driver of that vehicle stated she was following her GPS and did not realize she was going into the water.” 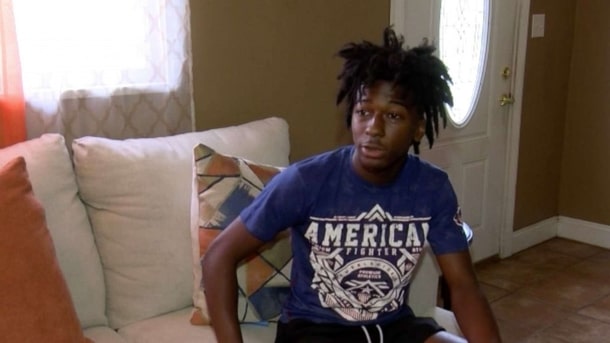 Fortunately, though, Corion saw the whole thing unfold. He is said to have removed his shoes and shirt before entering the water as the car began to sink.

The brave teenager, a student at Pascagoula High School, told WLOX: “I was just like, ‘I can’t let none of these folks die. They need to get out the water’.

“So, I just started getting them. I wasn’t even thinking about nothing else.”

One of Corion’s friends reportedly also entered the river to help the girls get onto the roof of the sinking car.

Corion added: “I just started getting them. I wasn’t even thinking about nothing else.” 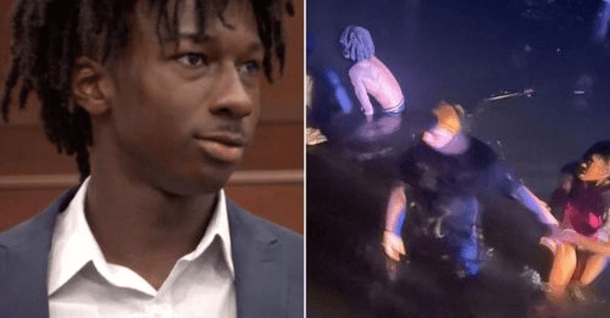 Moss Point Police Officer Gary Mercer was the first to respond to the scene, but ultimately found himself in trouble when one of the girls he was bringing to shore “began panicking and caused him to go under swallowing some water.”

Luckily, Corion spotted Officer Mercer and was able to rescue him, too.

“So, I went over there. I went and I grabbed the police officer and I’m like swimming him back until I feel myself I can walk.”

The three teenage girls and Officer Mercer were transported to hospital. All are expected to make a full recovery.

Moss Point Chief Brandon Ashley said in a statement: “The police department and I commend Mr. Evans’s bravery and selflessness he displayed by risking his own safety to help people in danger.

“If Mr. Evans had not assisted, it could have possibly turned out tragically instead of all occupants rescued safely.”

On Tuesday, Corion was presented with a certificate of commendation for his heroism by Moss City officials. 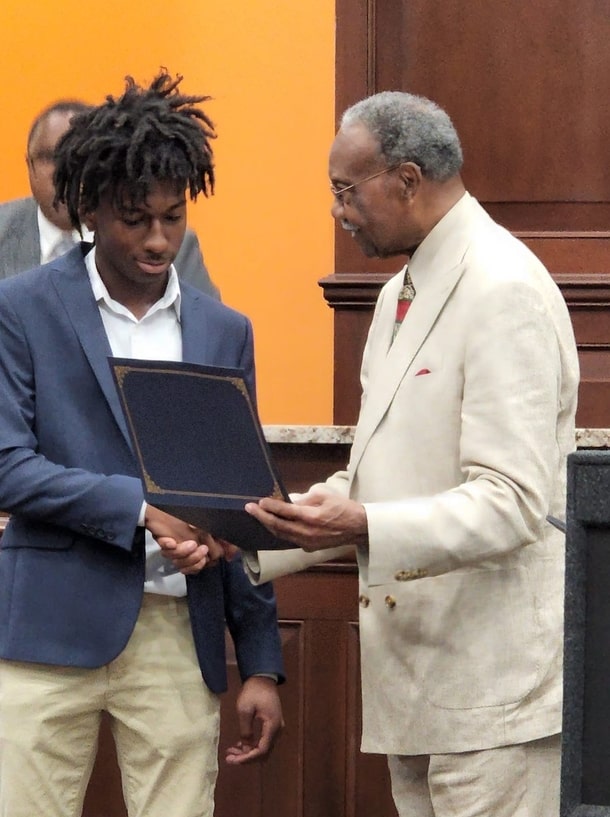 The 16-year-old’s proud mother, Marquita Evans, told WLOX: “I’m glad nothing happened to him while he was trying to save other people’s lives.

“I was really proud of Corion because he wasn’t just thinking about himself. He was trying to really get all those people out the water.”

Corion added that he has been swimming since he was three years old.

“Twenty-five yards out, so it was a lot of swimming. My legs were so tired after,” he said. “Anything could’ve been in that water, though. But I wasn’t thinking about it.”