British television star Katie Price was caught by the paparazzi with her eyes wide open after suffering an “eyebrow lift and a lip suction of the chin”, with a huge bandage around her head.

Katie Price was caught by photographers with her head bandaged. Only the face on which both eyes could be seen was left free, after a last round of cosmetic interventions. 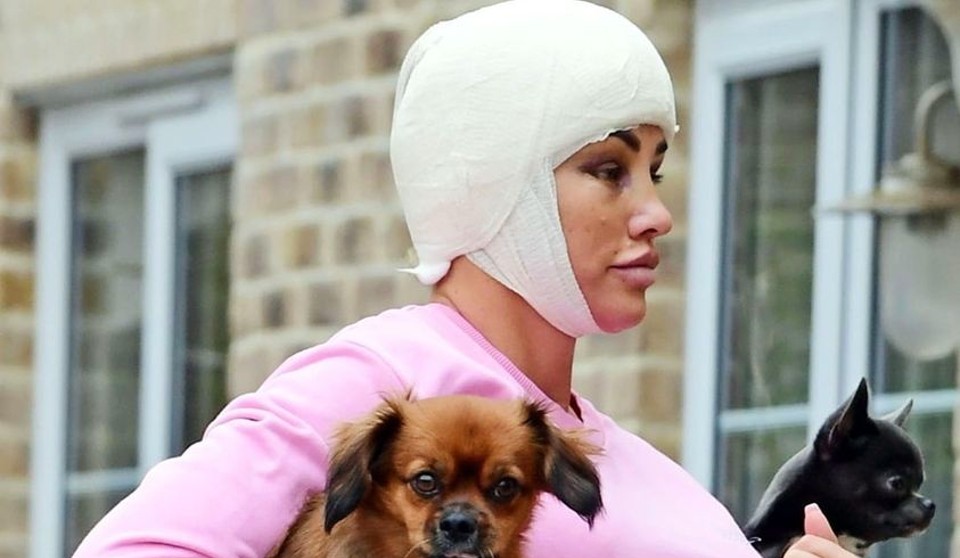 According to a source close to the star, quoted by The Sun, Katie did not opt ​​for a complete set of “improvements”, as she had in previous years, but she wants to look her best.

“Anyone who knows Pricey knows that she always wanted to be flawless, and this time she only had a few changes. She just did an eyebrow lift and a little lipo on her chin. Katie will look great, “the source said.

Although she doesn’t want to admit it, Katie is addicted to cosmetic surgery. Proof of this is the huge list of “tweaks” that it has suffered over time. 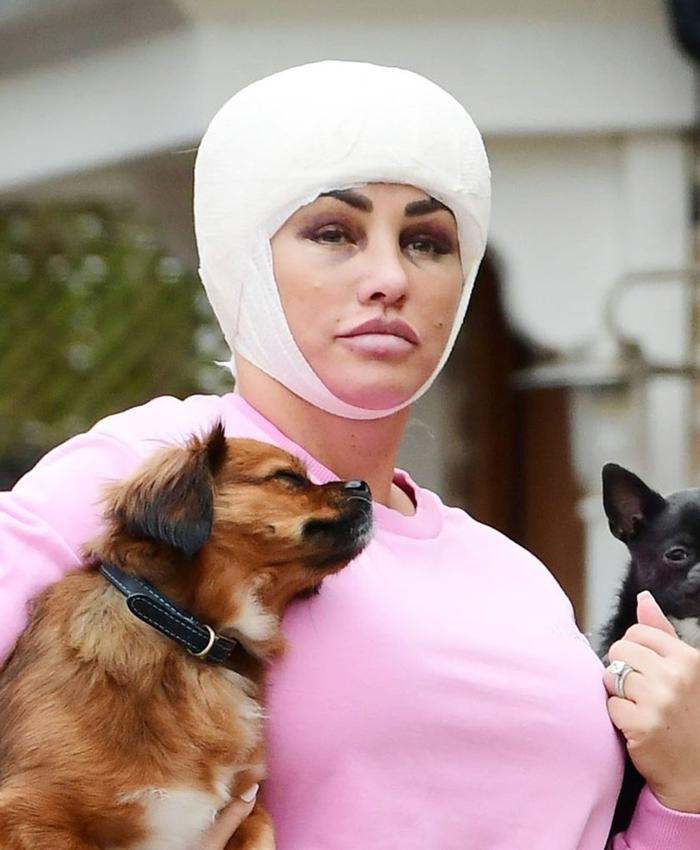 1998 – Katie underwent her first breast augmentation, from natural B to C. She also had her first liposuction

1999 – Katie had two more breast augmentation procedures: C to D, and then F

2007 – Katie undergoes a rhinoplasty and a veneer of her teeth 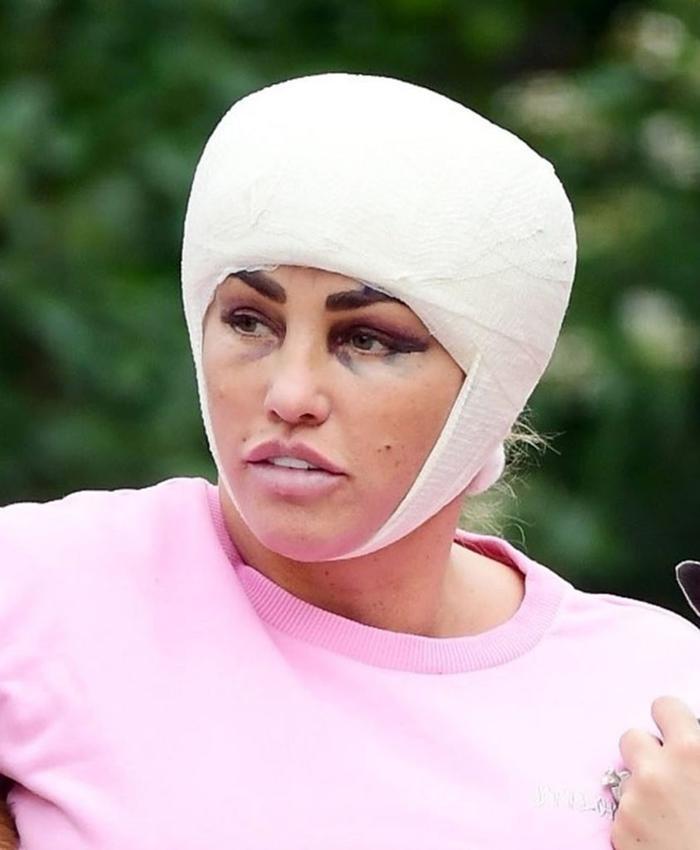 2017 – After a disastrous facelift, Katie also replaces her dental veneers. She is also undergoing a new, eighth breast augmentation operation

2019 – In Turkey, Katie has a facelift, eye and eyelid lift, back surgery, and a tummy tuck

2020 – Katie corrects her bust again, this time in Belgium

A former model, Katie Price is now a successful businesswoman with an estimated fortune of $ 66 million. She became extremely famous due to her appearances on TV shows. She has been married three times and has five children. The first husband was the Australian-British singer Peter Andre.