I have always thought that Lisa Turtle was absolutely stunning on the show ”Saved by the Bell.” one of the hottest series of the ‘90s.

She was the main reason I watched the show: Lisa had style, beauty, and attitude. Looking back at some episodes today it’s clear that Lisa also was an underrated style icon.

The actress who portrayed Lisa Turtle, Lark Voorhies, was catapulted into stardom with ”Saved by the Bell” – but in real life, she faced some real struggles and suffered in secret for a long time. 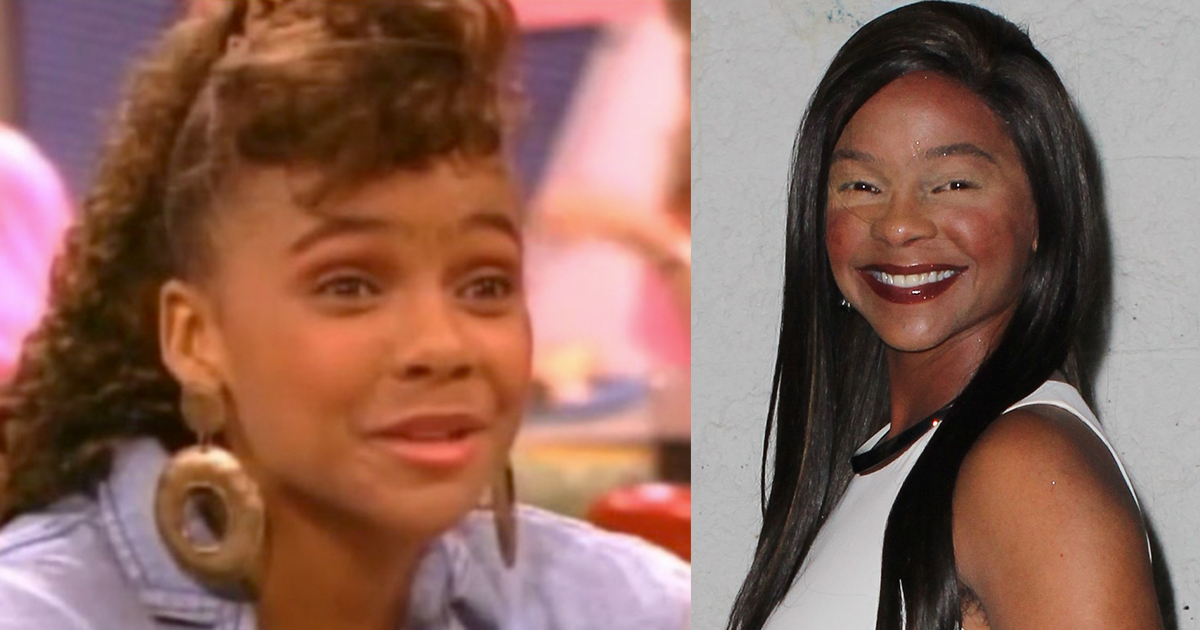 In a heartbreaking interview not long ago, she decided to reveal the truth about her condition and it really teared me up when I saw her talking about her emotions, pain, struggle, fight, and perseverance…

Lark Voorhies was definitely one of the biggest stars of the sitcom ”Saved by the Bell” and every teenage boy’s crush. As Lisa Turtle, she cemented her place in the hearts of thousands of fans, but behind the scenes, things were not so good.

In the 2010s, her fans got worried when she completely disappeared from the public eye. However, there was a reason behind her disappearing, and we will get back to that soon.

But to understand what really happened to Lark Voorhies, we have to go back in time and take a look at her childhood. 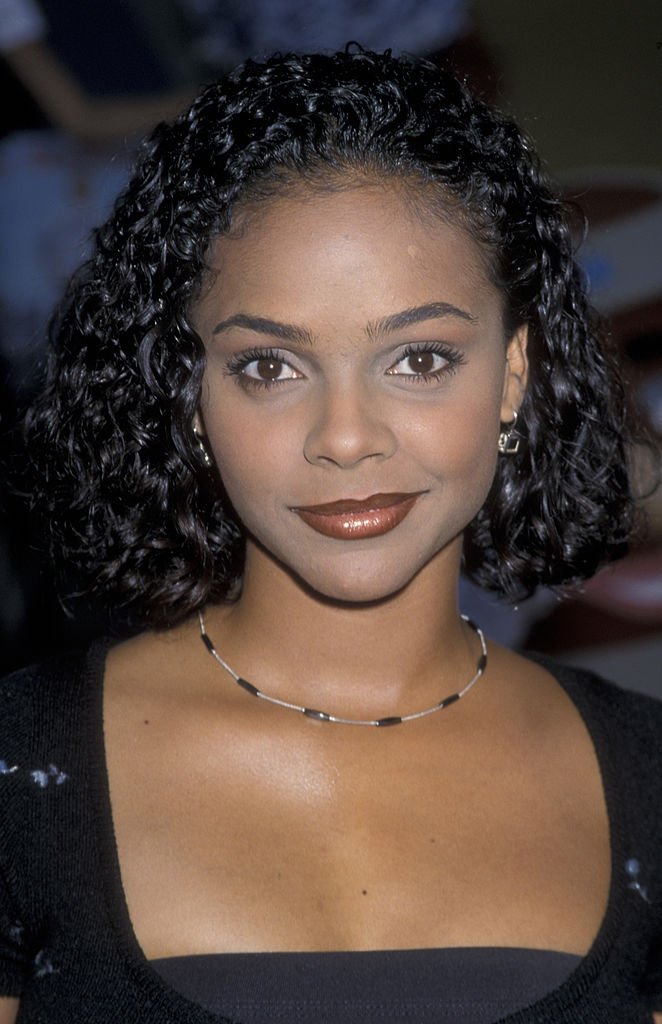 Lark Voorhies was born in 1974 to parents Wayne and Tricia Holloway. Lark spent the first years of her life in Nashville, Tennessee, but the family moved to Pasadena, California, when she turned and was the two.

While growing up, Lark Voorhies’ last name was Holloway, but he later adopted the stage name ”Voorhies.” Her mother, Tricia, named her Lark after the movie ”Cool Breeze” from 1972, in which Margaret Avery played a character called Lark.

The fact that she was the only child in the family would later play a role as she was battling a difficult disorder.

Lark’s life has constantly revolved around her acting. When she was 2, her mother took her to a talent agency, and according to Tricia, her daughter was ”a natural-born ham” before she could barely walk.

But the beginning of Lark’s career was anything but promising – she completely froze at her first audition and was too nervous for anyone to be impressed. Sure, Lark was charming and photogenic – but she was obviously not ready to start working as an actress when she was so young.

So her mother put the acting career on hold – Lark needed to mature and become more confident in herself.

But when she turned 12, Lark was ready and appeared in a national TV commercial for Universal Studios’ new “King Kong” attraction. Of course, it would be too much to call it a breakthrough – but the 12-year-old Lark was very overwhelmed by performing in front of the camera. 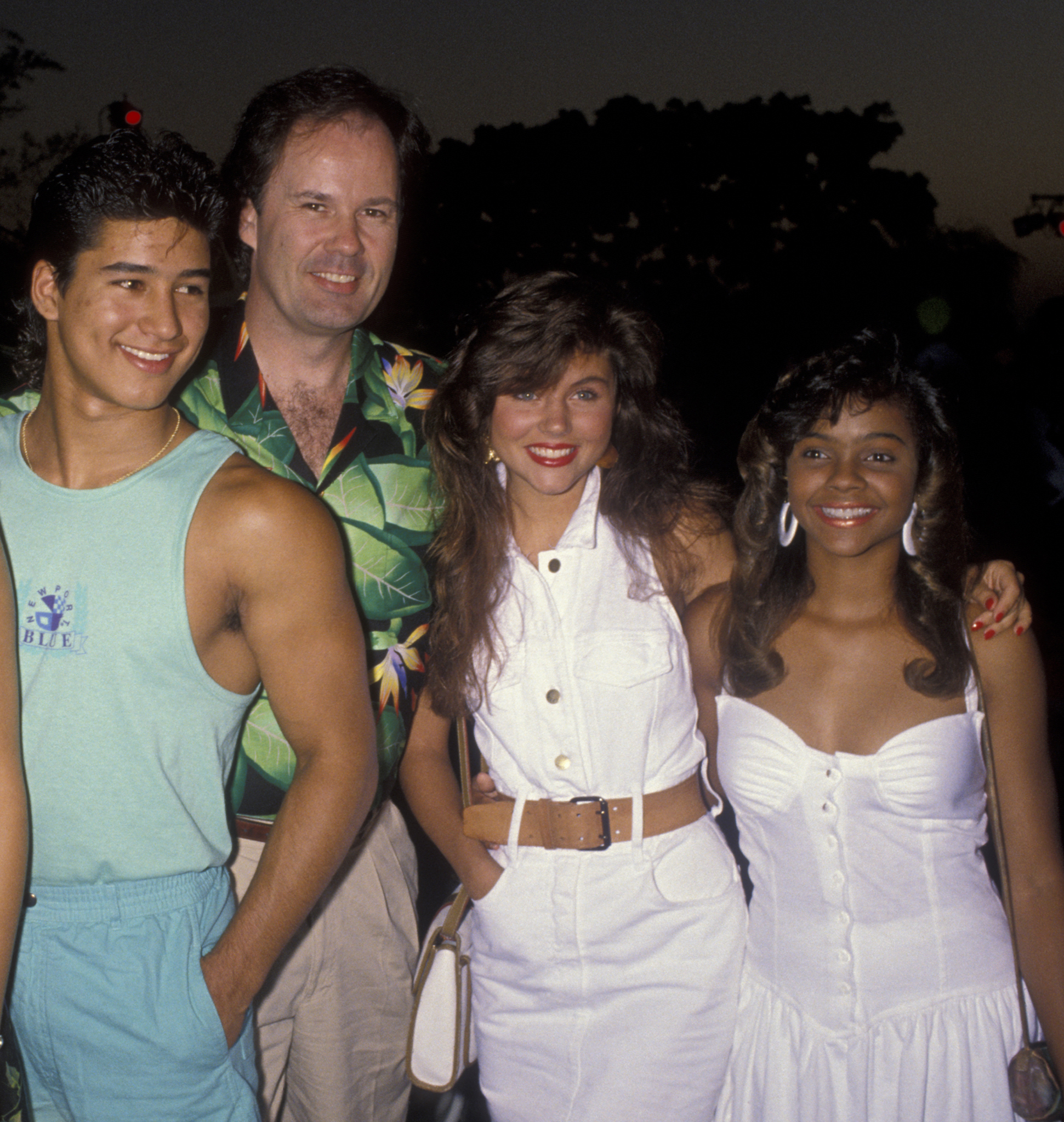 “I was on this tram screaming with all these other people. I had such a great time doing that,” she said.

A few years later, Lark landed the role that came to change her life forever. As a 14-year-old, Lark appeared in an episode of “Small Wonder.” Shortly after that, she was cast as Lisa Turtle in ”Good Morning, Miss Bliss.” The American teen sitcom was aired on the Disney Channel, and Lark appeared in 13 episodes between 1988 and 1989.

When Disney dropped the series, NBC took over and turned it into “Saved by the Bell.” The character Lisa Turtle followed along, and so did several others, such as Zack, Screech, and Mr. Belding.

Today, many consider ”Saved by the Bell” an iconic ’90s sitcom. The show, who follows a group of high school friends, aired on Saturday mornings and targeted kids and teens.

”No one expected that show to blow up the way it did. It was quite an experience for a teenager,” Lark said in 1995.

Lark made a strong impression on the show; her character Lisa Turtle was beautiful, cute, sassy & smart. The fashionista stayed on the sitcom for five seasons until Lisa graduated from the fictional Bayside High School in Los Angeles. 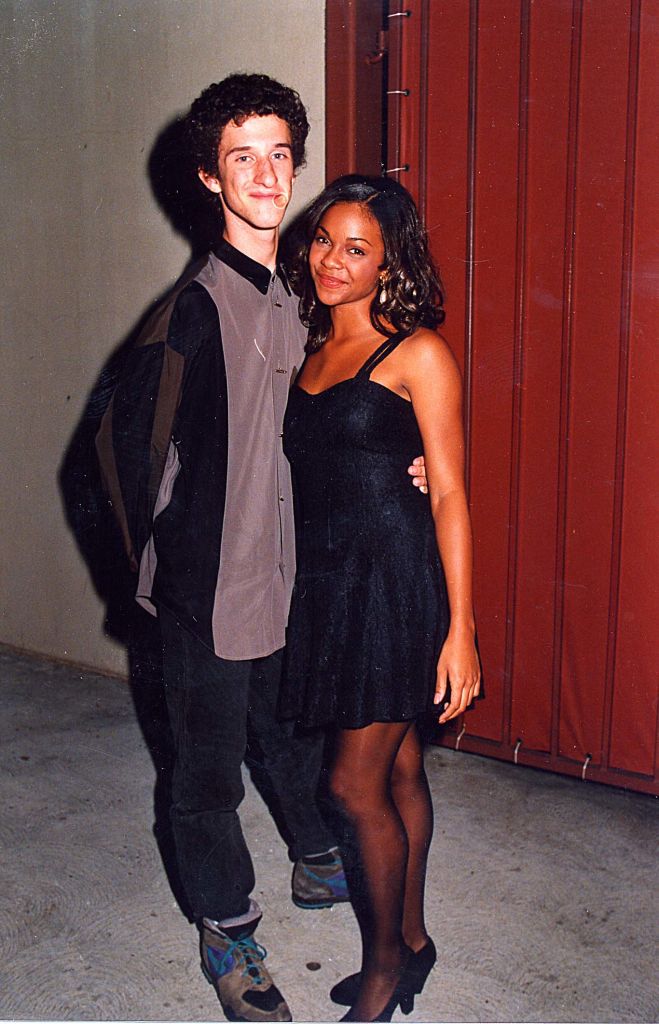 After the series ended, everything indicated that Lark had a promising career in front of her. There was no shortage of jobs for her in the coming years, and Lark appeared in various soap operas, TV series, and music videos.

In 1993, she showed up in “Days of our Lives,” playing a single mom named Wendy Reardon. She also guest-starred in “Family Matters” and “In the House.” Twice, she appeared as Alfonso Ribeiro’s love interest in “The Fresh Prince of Bel Air.” 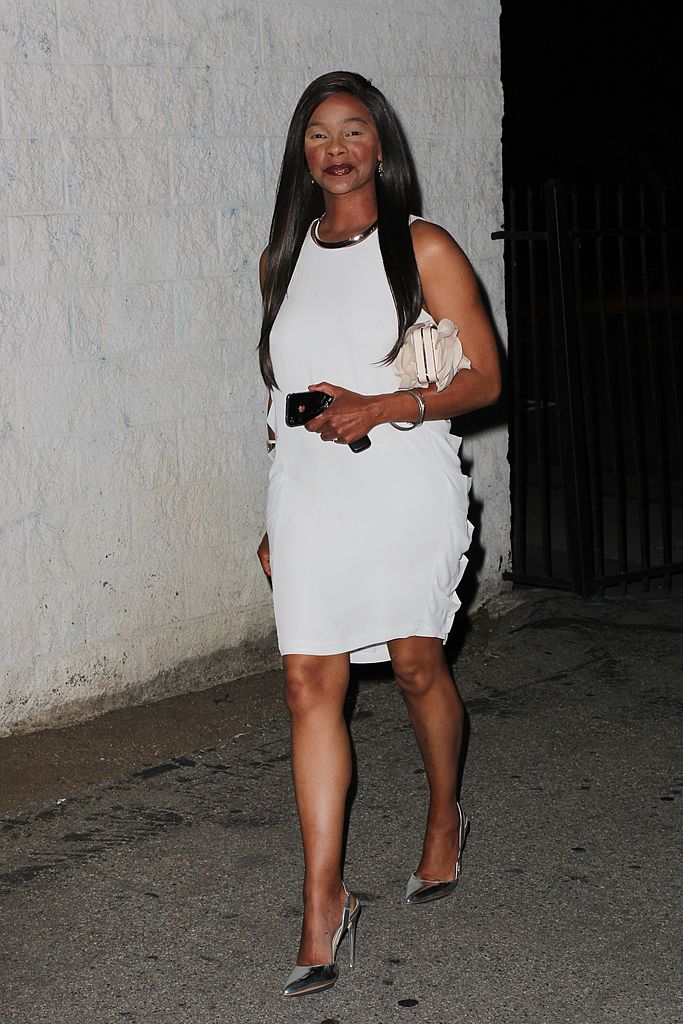 During the recordings of “Saved by the Bell,” Lark dated her co-star Mark-Paul Gosselaar. The couple was in love for three years, but then Lark got engaged to actor Martin Lawrence in 1993.

It looked like Lark had found the love of her life, but the engagement was called off in 1994, and instead, the actress married Miguel Coleman in 1996.

Lark divorced Coleman in 2004, but she would tie the knot again. When she met music engineer Jimmy Green at a networking event in 2015, Lark was hooked. 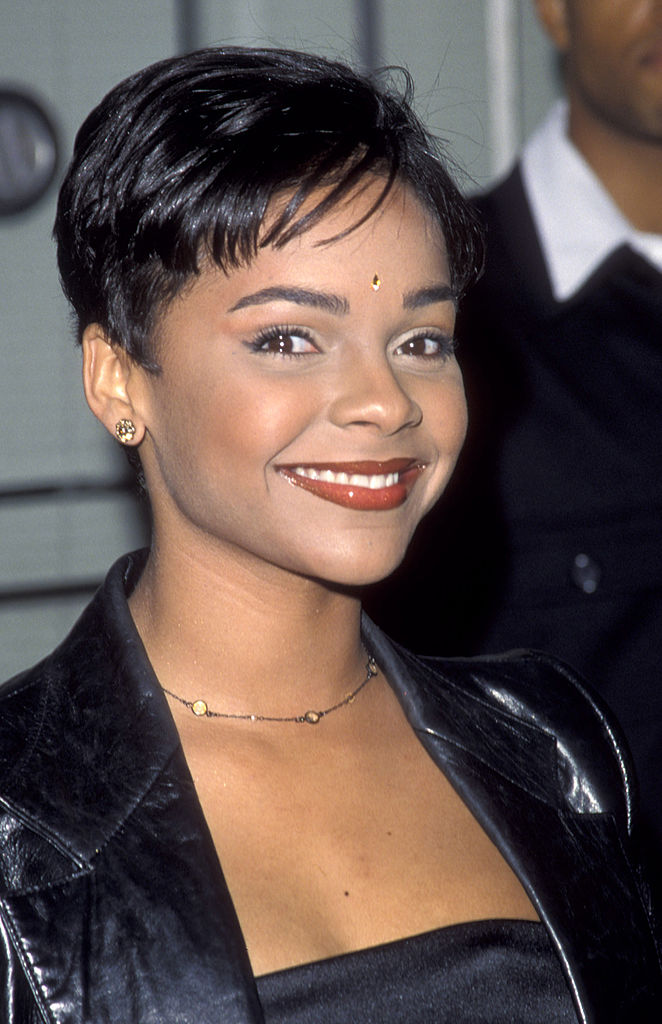 He was ten years younger than her and the couple married in 2015.

“I look forward to all the wonderful moments and memories we will create together,” Lark said in a statement.

But the relationship was messy, and they got divorced after only 6 months of marriage.

In the late ’90s, Lark’s career had begun to stall and the young actress was devastated.

“There was a lot of stress with that,” her mom said. 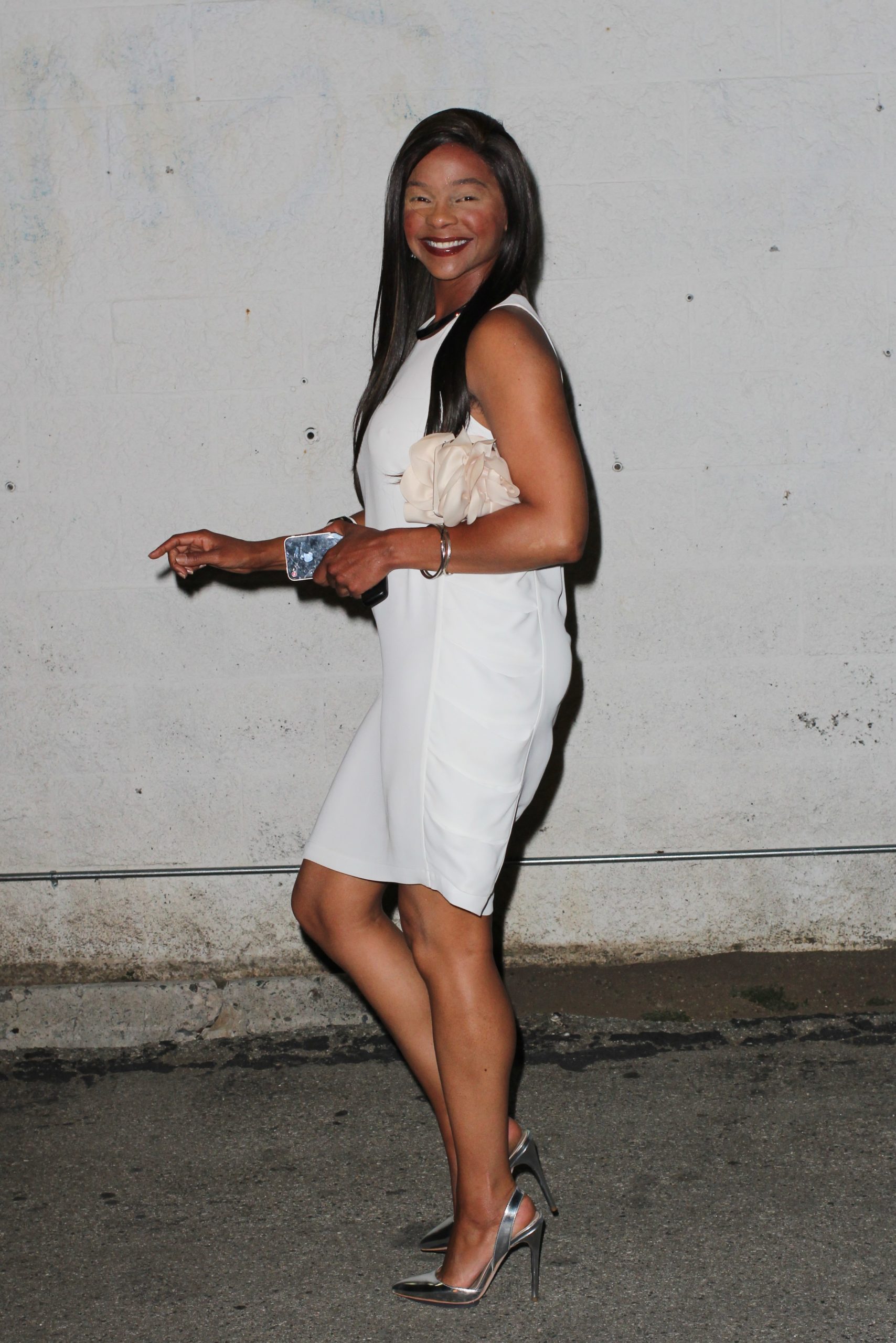 For a long period, she only made sporadic appearances. Slowly, her acting career was reduced to nothing. After 2012, she completely disappeared from Hollywood.

Around this time, Lark and her family understood that something was wrong. Doctors had noticed that Lark could oscillate between complete joy and just sitting and staring at the wall for several minutes.

Lark had been battling mental illness for several years. Finally, she got medication, but it was hard to find a path forward. In 2012, there was a lot of concern within the family when Lark denied that she was diagnosed with bipolar disorder. 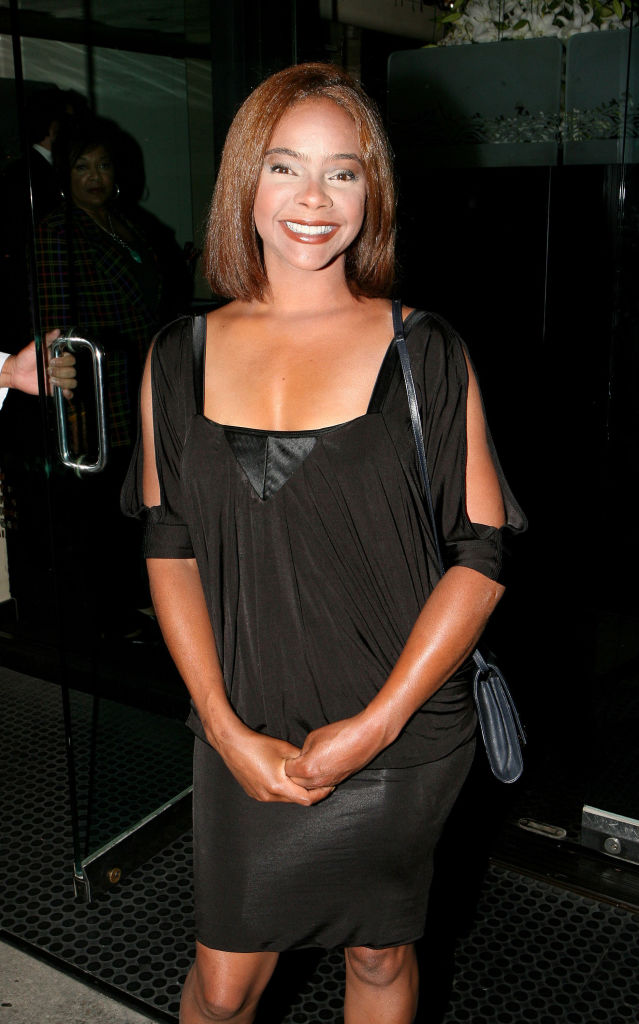 ”I care deeply about my daughter and I want her to resume her life. It’s frustrating”, Tricia told People in 2012.

Lark, a devout Jehovah’s Witness, was asked about the condition but replied: “Oh no. We’re alive in a major time of all-in-all prophecy”.

One problem was that Lark’s “over-loving” mother had tried to downplay her daughter’s behavior for years. It was also clear that Lark had gone through some traumatized events in his life, but the family did not want to go into details.

Acted different
The fact that Lark was not feeling well was obvious. Witness reported that when the former teen star appeared in public, she looked and acted differently.

Then, in 2015, Lark visited Entertainment Tonight with her then-husband, Jimmy Green. It was a bizarre interview that made many people very worried. 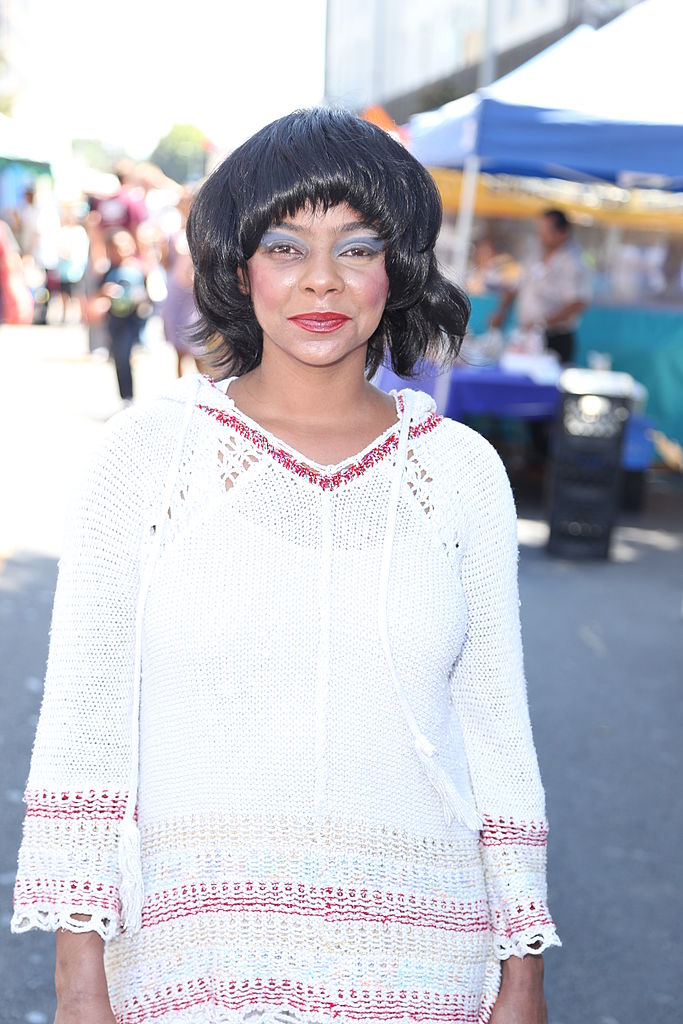 After only 6 months of marriage, Lark and Green divorced. The former child star moved in with her mother, who desperately tried to help her daughter understand her diagnosis.

“Lark hadn’t defined to herself what was going on, so therefore she resented the fact I came forward to put a label that she herself hadn’t accepted,” Tricia explained. “She was upset with me about that.”

But in 2020, the 90s sitcom star finally opened up about her condition in a heart-wrenching interview on the Dr. Oz show. After years of speculations and questions, Lark decided to set the record straight, and she really opened up her heart.

You could almost hear the cracking in her voice throughout the interview as she went official with her diagnosis.

“Schizoaffective thought disorder and that was a perfect example of what it does and how it behaves and what it creates around and about it,” Lark said and referred to the bizarre ET interview from 2015.

During the interview, Lark also expressed that she was disappointed that she was not invited to the ”Saved by the Bell” reboot, which premiered on NBC’s streaming platform, Peacock, in 2020. 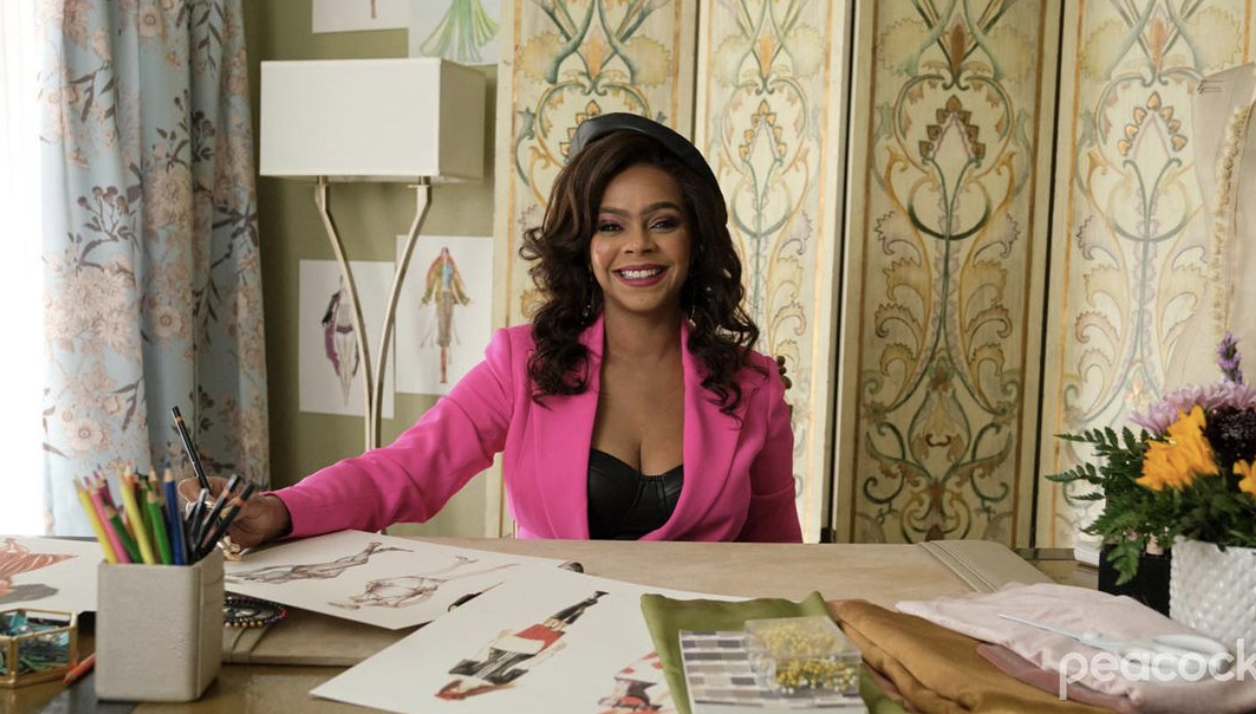 “I have to admit I did feel a bit slighted and hurt when I was not invited to be part of the ‘Saved by the Bell’ reunion as well as other cast members’ events,” she said and continued:

“Yet of course, I also realized that having this puzzling disorder may have played a major part in that factual decision. With that in mind, I am truly thankful for having had the chance to work on a show that has been so successful.”

Fortunately, NBC got in touch with Lark later in 2020. They wanted her to reprise the role of Lisa Turtle, and the former teenage idol showed up in the reboot in 2021. According to IMDB, the 47-year-old Lark is featured in three episodes.

“When the show picks up with Lark, she is thriving with a successful career in fashion,” a spokesperson for Peacock told Today. 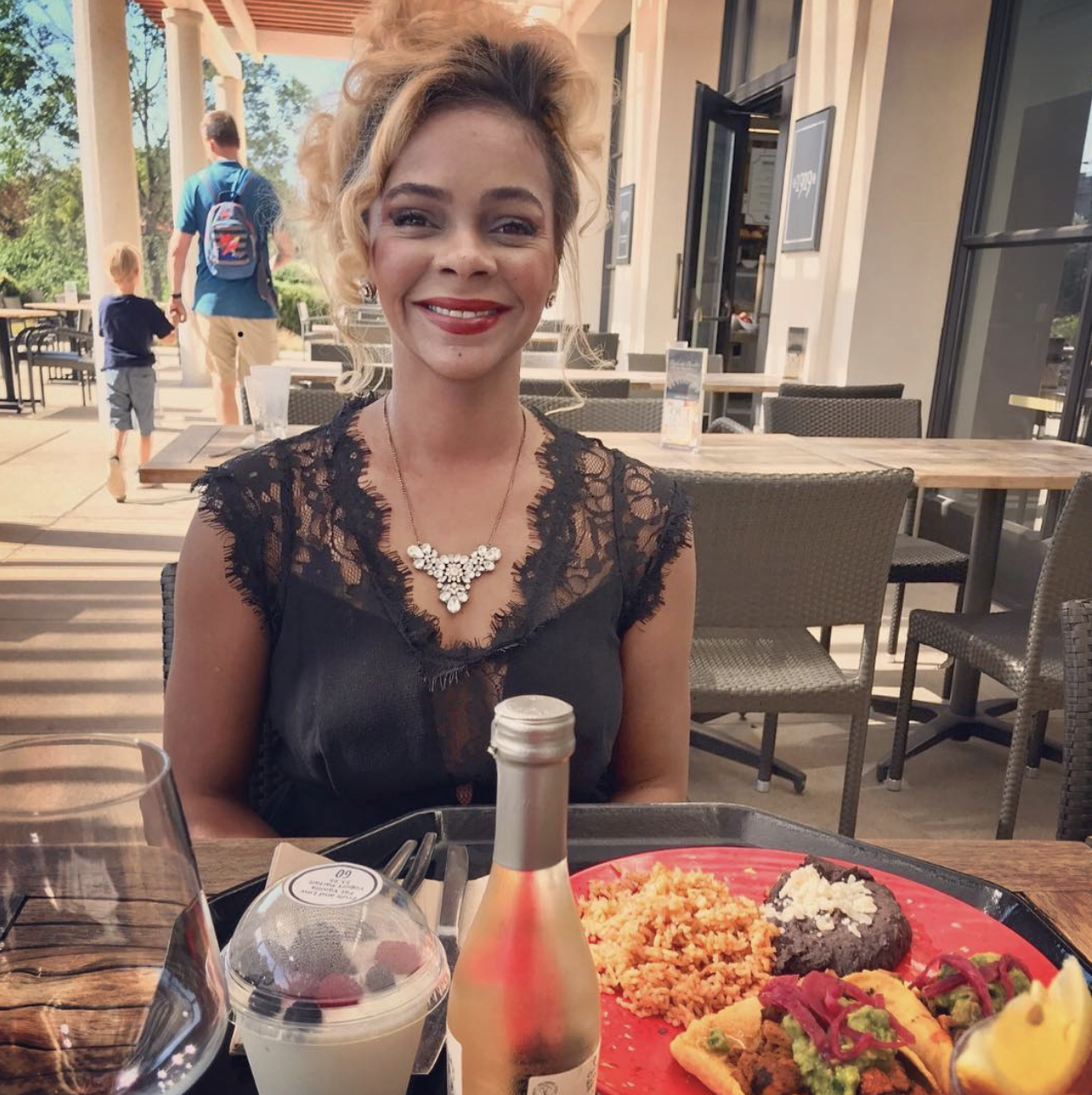 Despite her struggles, Lark is still poised, classy, and beautiful. She was extremely brave to appear on national TV, even though clearly she is still having difficulties.

Thanks for all the memories over the years and hopefully we will see some more of her soon!