Whoopi Goldberg has been a stalwart of the entertainment industry for decades. The actress and talk show host began her career as a comedian, though not long after was discovered by one of the most prominent directors in the world. That led her to the world of cinema – and astronomical levels of fame.

Though Whoopi Goldberg has had a very successful life, it hasn’t always been that easy. At an early age, she had trouble in school. Later on, she experienced three failed marriages for which she knows who is to blame.

So how did Whoopi rise to fame in the first place? And who has she been married to? Here’s all you need to know about her!

Whoopi Goldberg – born Caryn Elaine Johnson – was born on November 13, 1955, in New York. Her mother, Emma, raised Whoopi and her older brother Clyde after their father abandoned the family early. They lived in a housing project in the Chelsea area of Manhattan. Whoopi’s mother worked several jobs to support her children.

At school, Whoopi had a tough time of things. She didn’t feel like she was grasping anything that was taught in the classroom, though it turned out that there was an explanation.

Whoopi had dyslexia. However, she didn’t get a diagnosis from a doctor.

“You don’t want to be retarded all your life,” she told Ebony Magazine in 1991. “I was retarded for a good part of mine, according to all the paperwork, and I just couldn’t handle it.”

Of course, as we all know, being dyslexic doesn’t mean you’re “retarded”. And most importantly, it turned out that Whoopi was a very gifted young woman, even if friends at the time called her “dumb.” Her mother became a vital person for Whoopi, always reminding her that she could be anything she ever wanted to be.

“I knew I wasn’t stupid, and I knew I wasn’t dumb. My mother told me that,” she said in 1994, adding that she grew up in a time where no one thought to tell her that she couldn’t achieve her dreams.

As a youngster, Whoopi dreamt about becoming an actress. As fate would have it, any ambitions she had of pursuing a career in the entertainment business, though, had to wait a while.

At only 18 years of age, Whoopi tied the knot with Alvin Martin. They were married between 1973 and 1978, and share a daughter, Alexandra. 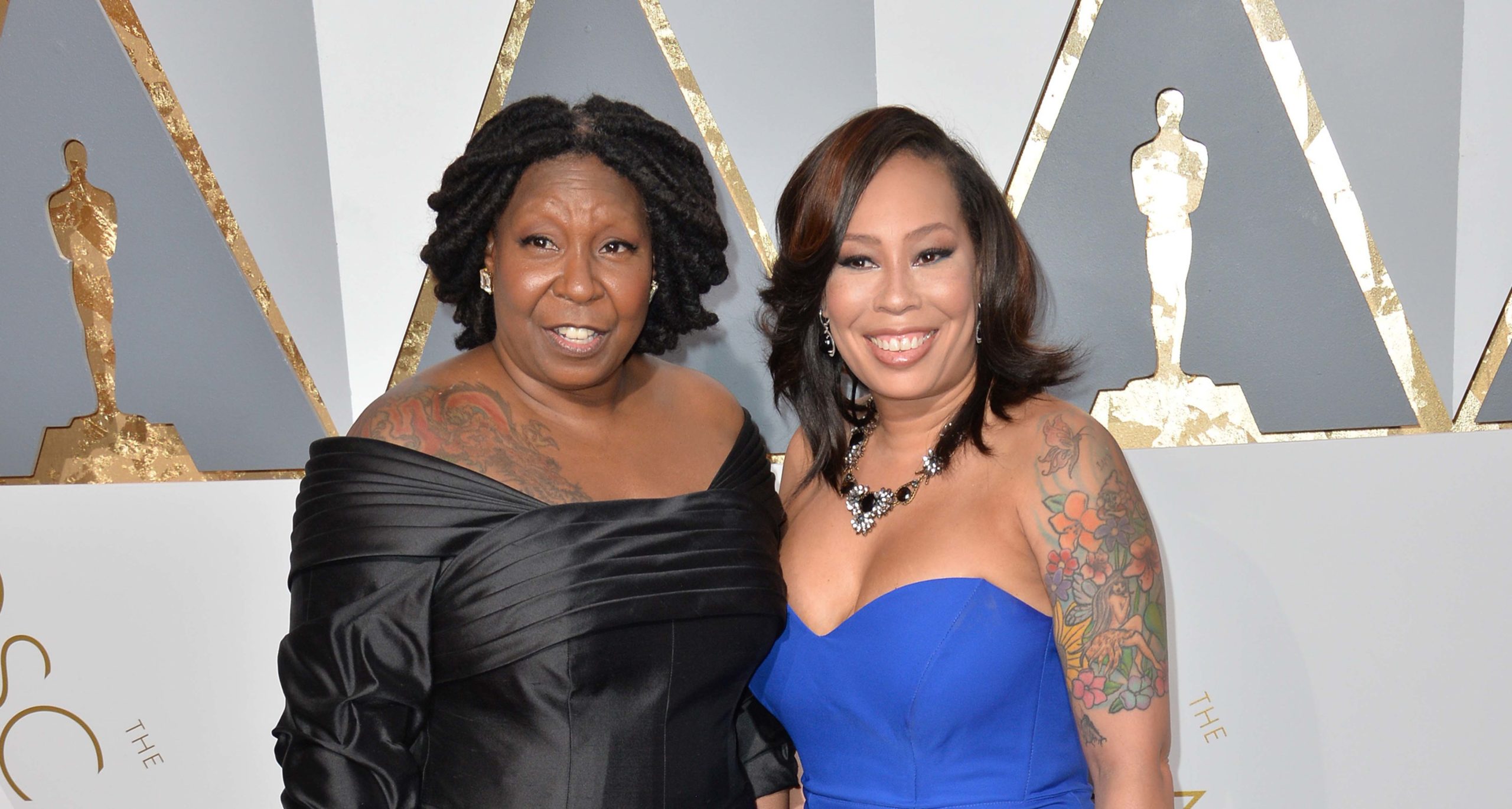 Then, in 1974, Whoopi – who had dropped out of school – left the east coast for sunny California, along with her daughter. They lived in San Diego, Los Angeles, and San Francisco.

She tried pursuing her dream of a career in show business as best she could, working as a mortuary beautician to bring in money.

“I did hair and makeup on dead people,” Whoopi Goldberg said on Oprah’s Master Class.

“There was an ad in the paper! And I’m a licensed beautician as well, because I went to beauty school.”

“It’s a rough gig,” she added. “You have to be a certain kind of person. And you have to love people in order to make them worthy of a great send-off.”

At the same time, Whoopi was dedicated to pursuing a career in stand-up comedy. She took the stage name “Whoopi Goldberg” in honor of Jewish forebears, and it wasn’t long before people started talking about her.

After joining the improvisational theater group Blake Street Hawkeyes in San Francisco, Whoopi acquired a large local fan base for her work as a stand-up comedian.

Fast forward a short time and she was touring across the US and Europe with her one-woman production, The Spook Show. In 1983, during a New York gig, legendary director Mike Nichols happened to see her perform. 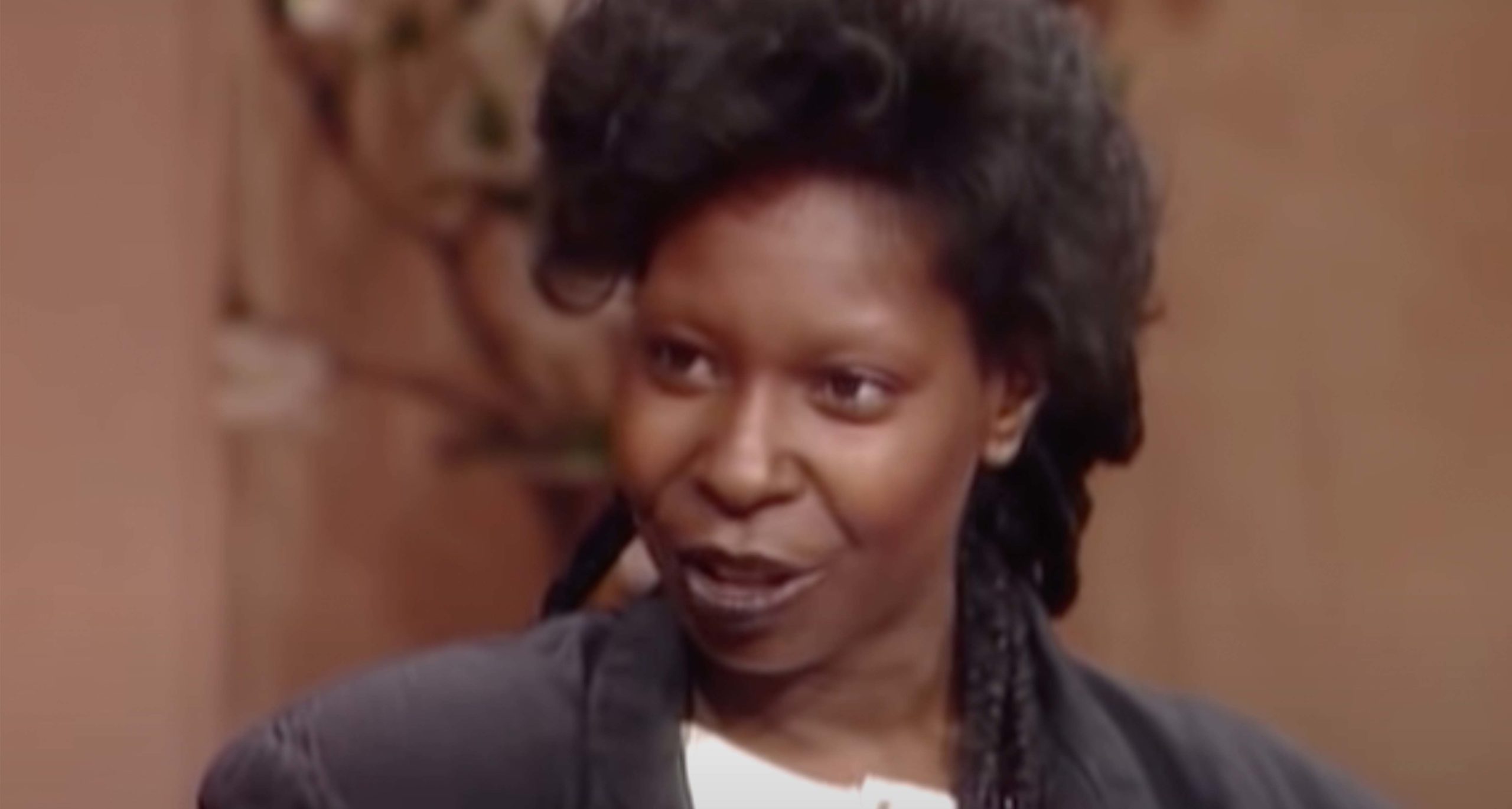 Nichols loved her so much that he wanted her to make The Spook Show on Broadway. She did, and it was a smash hit.

Nichols was a legendary director who loved Whoopi Goldberg on stage, and it turned out she had enough, similarly successful fan. His name? Steven Spielberg. He cast her in his film The Color Purple, turning her overnight into a star in Hollywood.

“So, I went to Steven’s theater, and I peeked out from behind the curtain. And there were all kinds of people,” Whoopi recalled of the audition.

“Quincy Jones and Michael Jackson. And just all these people who were watching me perform. And I just felt like ‘I hope I’m good’. Because all those people there, including Steven, were people who I had always dreamed about.”

“I turned it down at first,” she once said, “because nobody wants to suck.”

Luckily, her better judgement prevailed, and through her first-ever film role, Whoopi Goldberg landed an Academy Award nomination for Best Actress in a Leading Role, and a Golden Globe win for Best Performance by an Actress in a Motion Picture – Drama.

In the following years, Goldberg continued to be a very well-respected comedian, despite some other – not as successful – films.

Together with Robin Wiliams and Billy Crystal, Whoopi headlined the Comic Relief television special to help aid the homeless. In 1990, she was the leading star in the sitcom Baghdad Café for two seasons. That same year, another big hit was coming her way on the big screen.

Goldberg starred as psychic Oda Mae Brown in the film Ghost, earning her an Academy Award for Best Actress in a Supporting Role. This was a historic victory as she was the first Black woman to receive an Oscar in 50 years.

But though she won her first Academy Award that night, one thing was missing. Whoopi Goldberg’s mother, Emma, wasn’t in attendance.

“My mom did not want to come because she felt that she came to the first one and didn’t want me to see her looking disappointed or upset,” Goldberg told Variety of the first Academy Award ceremony in 1986 when she was nominated but didn’t win.

Goldberg continued to star in many films, including the famous 1991 movie Sister Act. In 1992, however, she turned set her sights on a whole different area as she became the host of the talk show The Whoopi Goldberg Show. She interviewed both prominent politicians and other celebrities on her show – which focused on intimate, one-on-one interviews. Sadly it was canceled in 1993 due to low ratings after around 200 episodes. 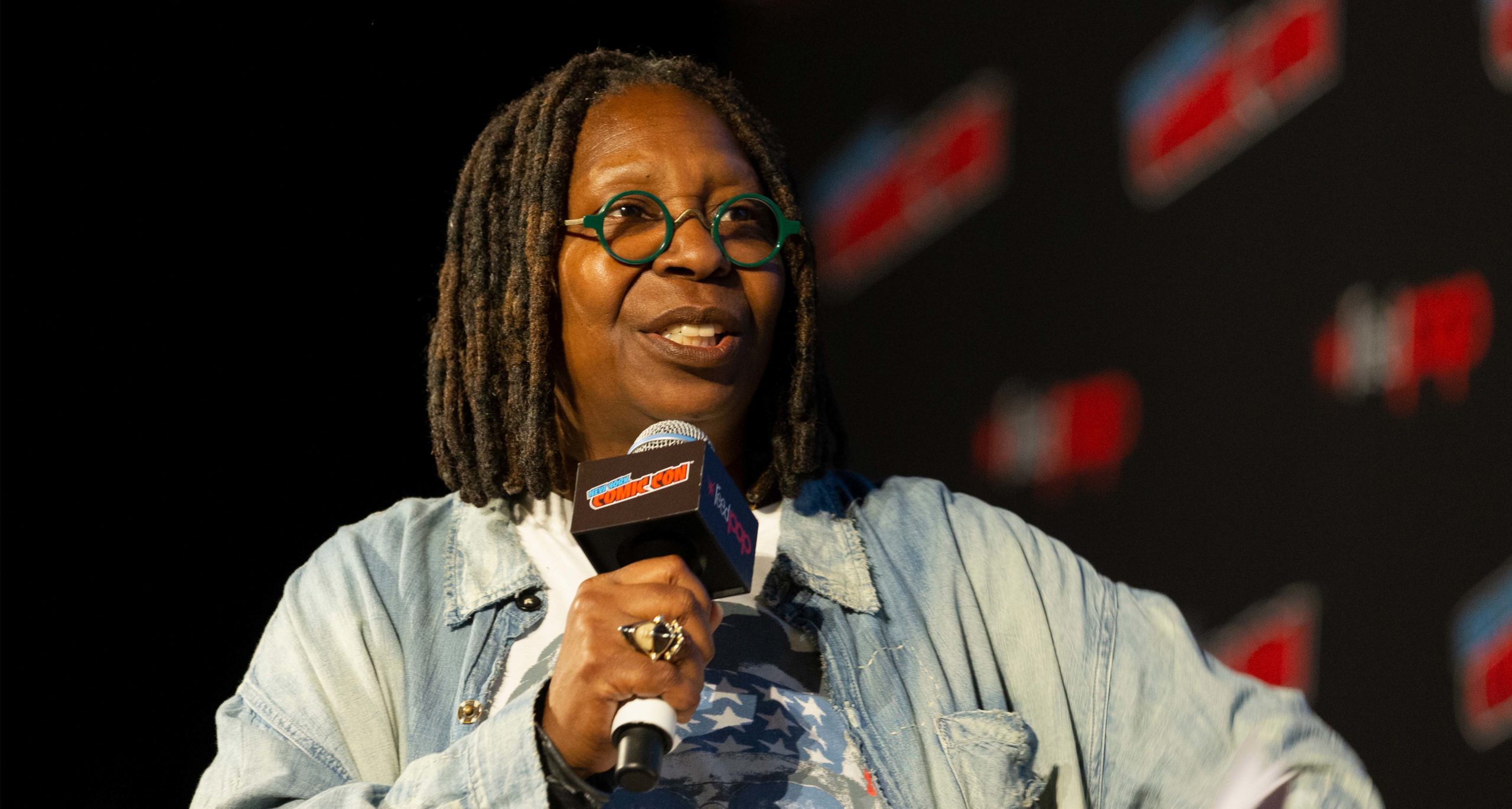 Moreover, the New York native also won a Tony in 2002 for Best Musical –Thoroughly Modern Millie – and a Special Emmy Award for her performances in seven Comic Relief shows.

Whoopi didn’t only stop at work in television, theater, and films. She’s also written two children’s books, Whoopi’s Big Book of Manners and Alice, and talked about current events and politics on the Emmy Award-winning talk show The View.

Earlier in 2022, Goldberg was suspended by ABC News from The View for two weeks after insisting that the Holocaust was “not about race,” but rather “man’s inhumanity to man.”

“I listened to everything everybody had to say, and I was very grateful, and I hope it keeps all the important conversations happening. Because we’re going to keep having tough conversations and in part because this is what we’ve been hired to do,” Goldberg said on her first show back.

“It’s not always pretty as I said and it’s not always as other people would like to hear. But it is an honor to sit at this table and be able to have these conversations because they’re important.”

Whoopi sure has made a great name for herself, and that’s translated to her finances. According to Celebrity Net Worth, she has a net worth of around $60 million. 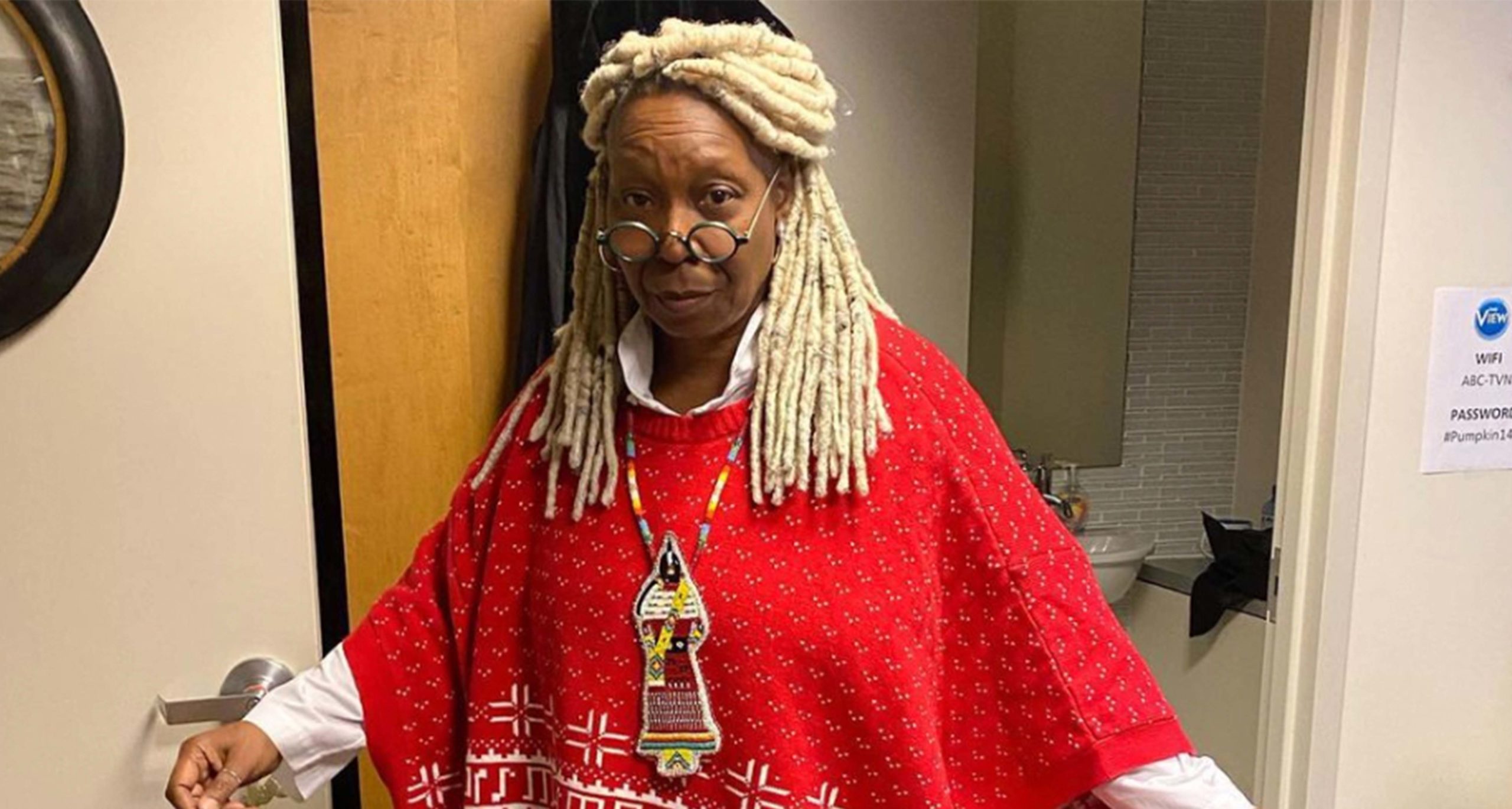 As mentioned before, Whoopi married at a very young age. She and her first husband – Alvin Martin – divorced in 1979.

The comedian, actress, and television host has been married three times in total. Goldberg was married to cinematographer David Claessen between 1986 and 1988, and Lyle Trachtenberg between 1994 and 1995. None of the marriages worked, and Whoopi believes she knows why.

In an interview with the New York Times, she said that the main reason why her marriages failed was that she was the one struggling to “share” things with her husbands.

Goldberg added: “But if you’re in a relationship, you have to do those things, and it took me a while to figure out that I didn’t want to.”

Whoopi once explained that she didn’t love her former husbands, saying that the only time she’s been in love was with a non-famous man, though she didn’t give his name. 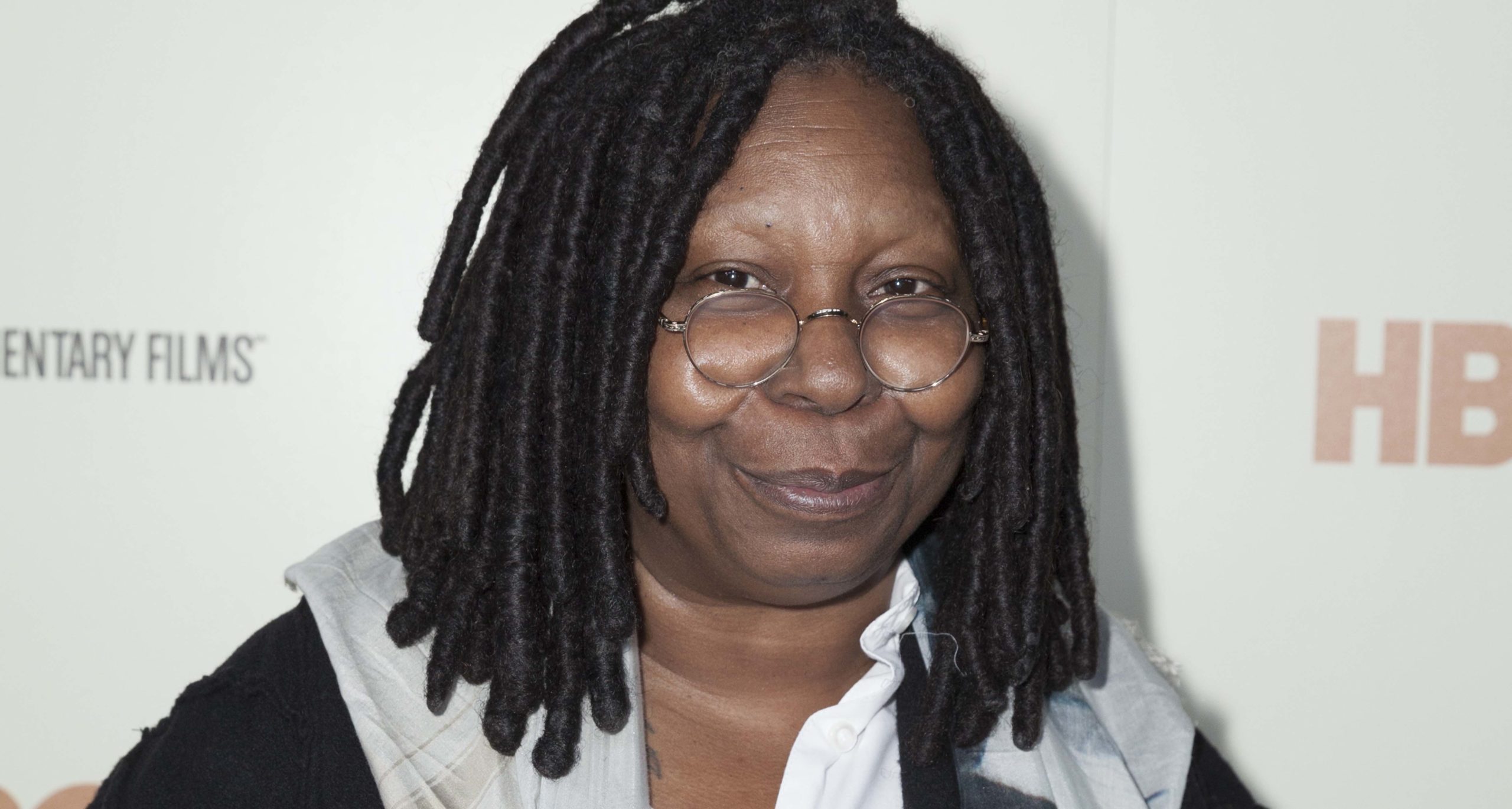 In a 2009 interview with The Guardian, Whoopi further spoke about her love life, saying she’s not “very good at relationships.”

Possible future husband could “could come and visit”

Yet though Whoopi doesn’t feel like she’s good at relationships, she has managed to settle on a relationship with the person the 66-year-old feels most comfortable with: herself. That’s right, she’s content to be single.

Goldberg says she is much happier not living with anyone else. It gives her the space to enjoy her time on her own instead. That said, she did let on that the possibility remains that she might get married again in the future. But only if one demand is fulfilled.

“The only way I could be married to anyone ever again is if they lived in another country,” Whoopi said. “They could come and visit, it would be like, ‘Oh, my goodness, I haven’t seen you in so long. Come here!’”

Instead of being in a relationship, Whoopi has been able to fully enjoy life on her own, spending time with her daughter and her friends. Of course, to hear her tell it, she does in fact have a love of her life very close – her cat, Oliver.

“He will leave little treats for anybody that’s not me in the bed,” Whoopi told People in 2019. “I know what he will do if I bring somebody in.”

Whoopi has had a long and successful career in show business, and we wish her all the best in the future, both in her professional and personal life.