A guy who was born without a jaw and so unable to speak, eat, or breathe properly has finally found love.

Joseph Williams of Chicago was born with the orofacial syndrome, which meant he didn’t have a jaw.

The 41-year-old had a difficult start in life, dealing with bullying and low self-esteem, but he was determined to persevere. 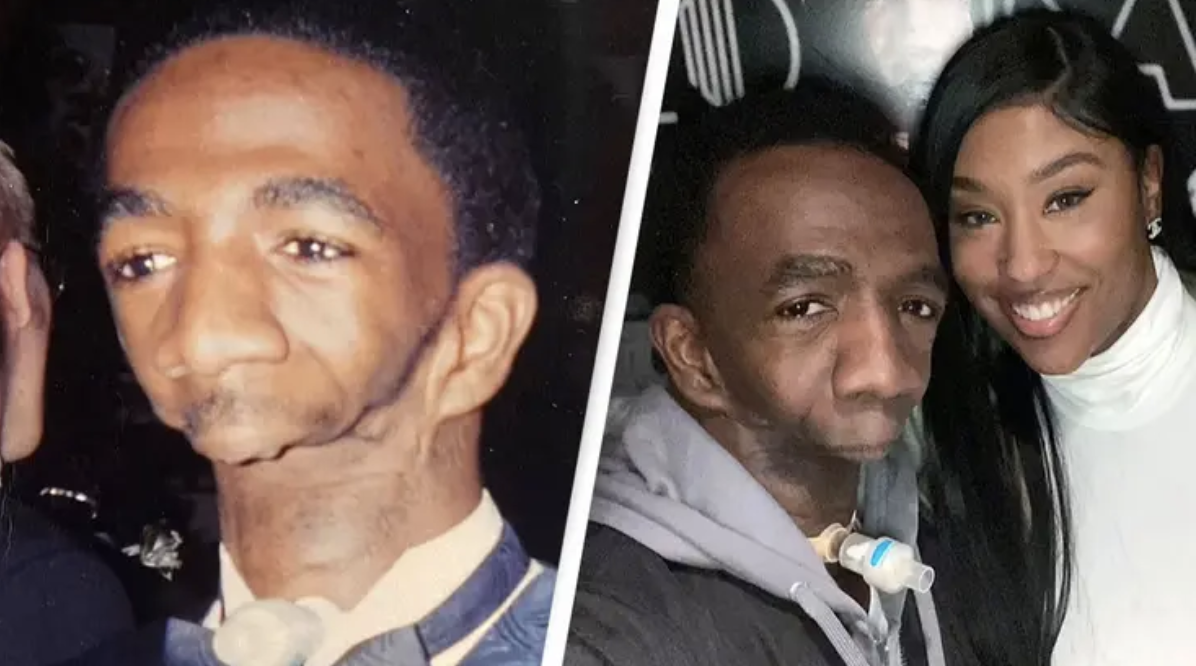 “Being born without a jaw surprised my birth mother,” he stated.

“I was a twin, but the other child died before we were born.” I was brought from Illinois, where I was born, to Chicago for various operations when I was only a few days old. 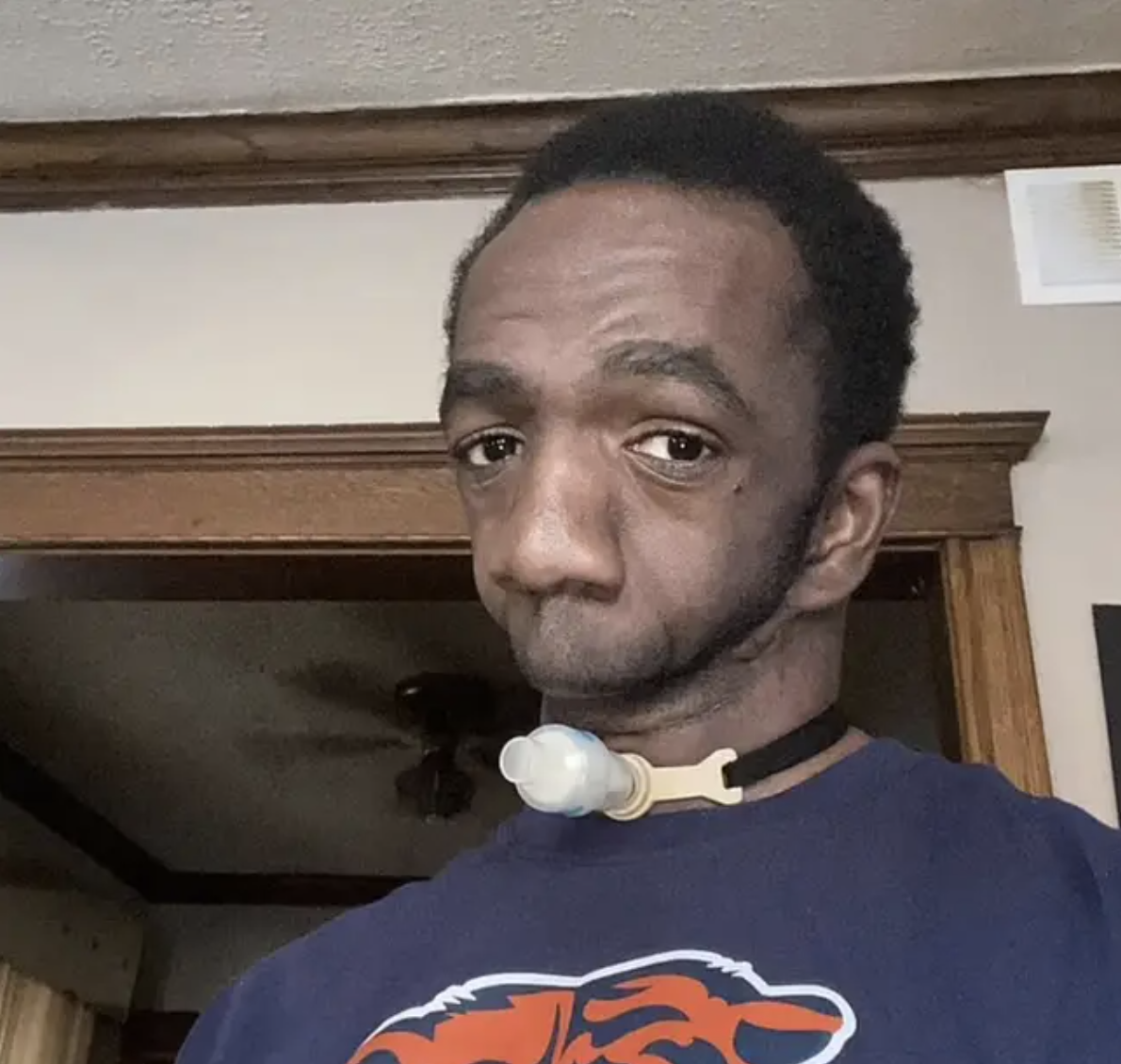 “They tried to build a jaw for me using a bone and skin graft, but as I developed, my body rejected it and it failed.”

“I was also adopted, which led to me meeting my adopted family.”

While growing up was ‘difficult,’ and having the disease caused Williams’many issues,’ he tries not to let it bother him, and he spends much of his time traveling and socializing, making the most of life.

Nonetheless, his illness requires him to combine his meals and pass them through a tube linked to his stomach.

“I have a trachea in my neck that helps me breathe,” he explained. “And when I was two years old, I was taught sign language to help me communicate.” 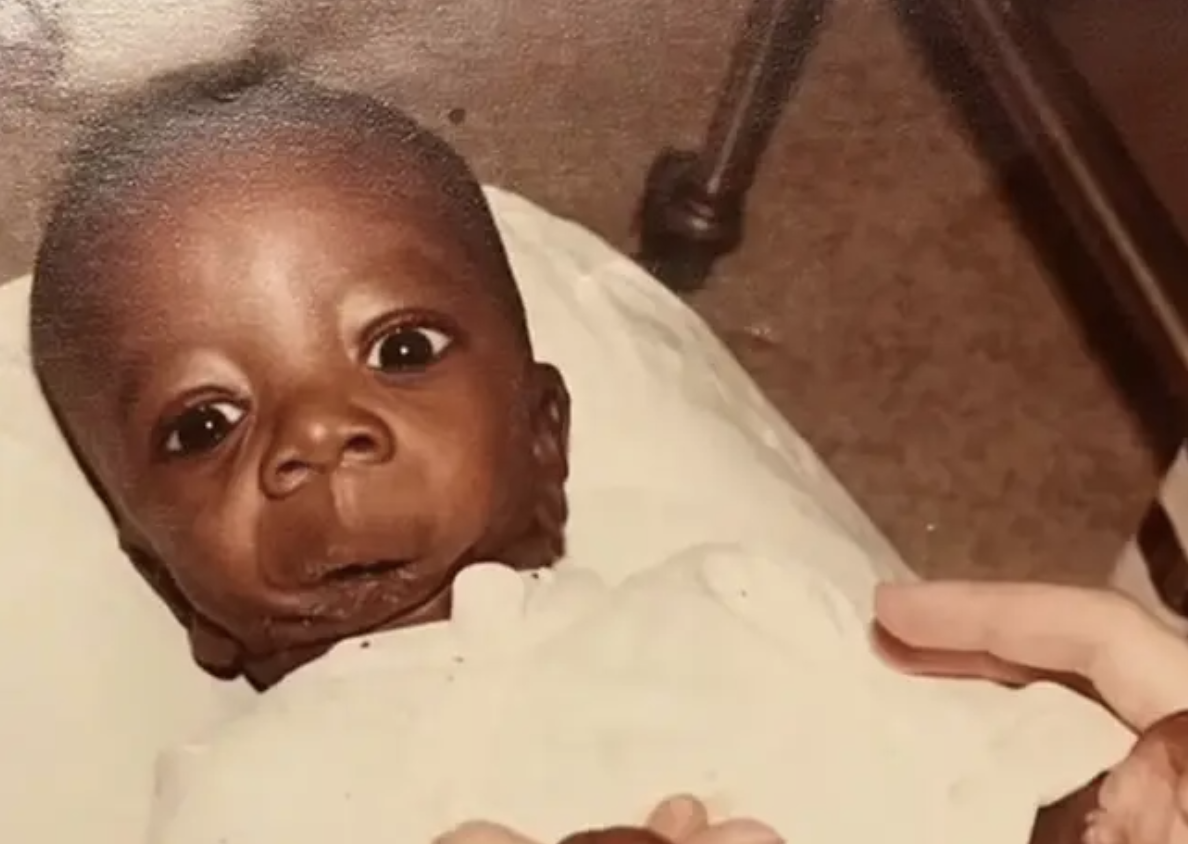 “However, since then, I’ve discovered new methods of communication, such as taking notes and typing into my phone.”

Williams just discovered love and respect in Vania, whom he met at work. They started off as acquaintances before falling in love and getting married in 2020. 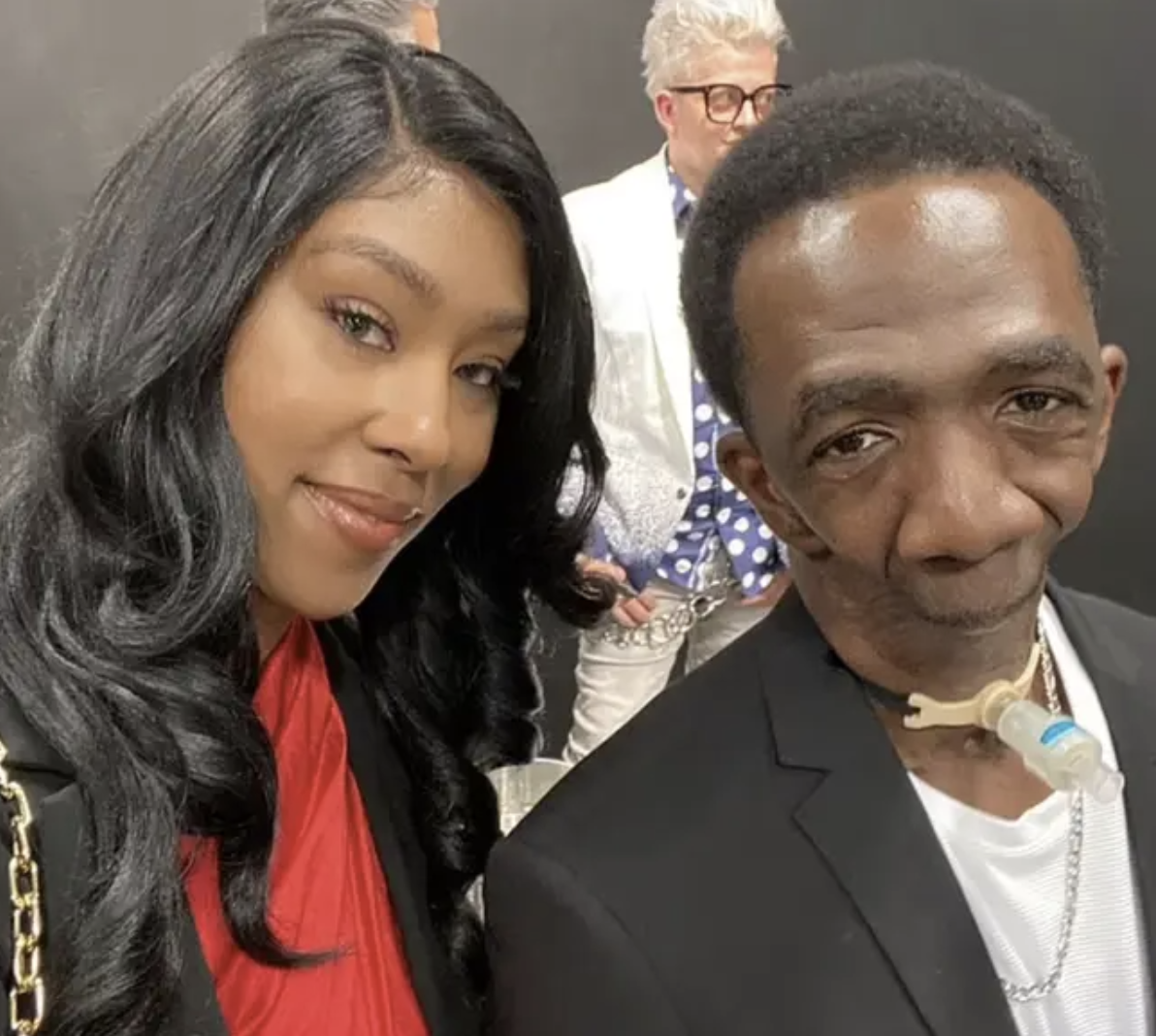 “People probably wouldn’t have anticipated me to marry. I didn’t expect to either “According to Williams.

But, realizing that he ‘deserved better,’ he met his future bride and is optimistic about the future.

“Being born without a jaw has given me a distinct perspective on life and shaped who I am now.”

Williams has learned to completely embrace himself as he has gotten older and does not want to feel ‘restricted’ by his condition: “I recognise that I am unique and that some people may reject me because they believe I am unattractive, but I am still a person with a heart, feelings, and a brain.

“I, like everyone else, deserve to be treated with dignity.

“I’d rather people approach me and ask me questions instead of staring or pointing.”

Whoopi Goldberg blames herself for three failed marriages – says she was never “really in love”
Jamie Lee Curtis says plastic surgeries made her feel worse, and that the changes were “humiliating”