Wilmer Valderrama has become a star through his performances on NCIS. The actor, originally from Venezuela, became known to the broader audience after starring in the series That ’70s Show, portraying “Fez.”

Today, Valderrama, 42, has been on NCIS for a long time. Through the years, he’s grown close with some of his co-stars, including Mark Harmon.

He’s become a multimillionaire through his work as an actor. But now, Valderrama has settled down, and he and his fiancee have welcomed their first child.

So how did Valderrama become an actor in the first place? And who is his fiancee? Here’s all you need to know about him – and the heartwarming reaction he had to finding out he had landed the NCIS job. 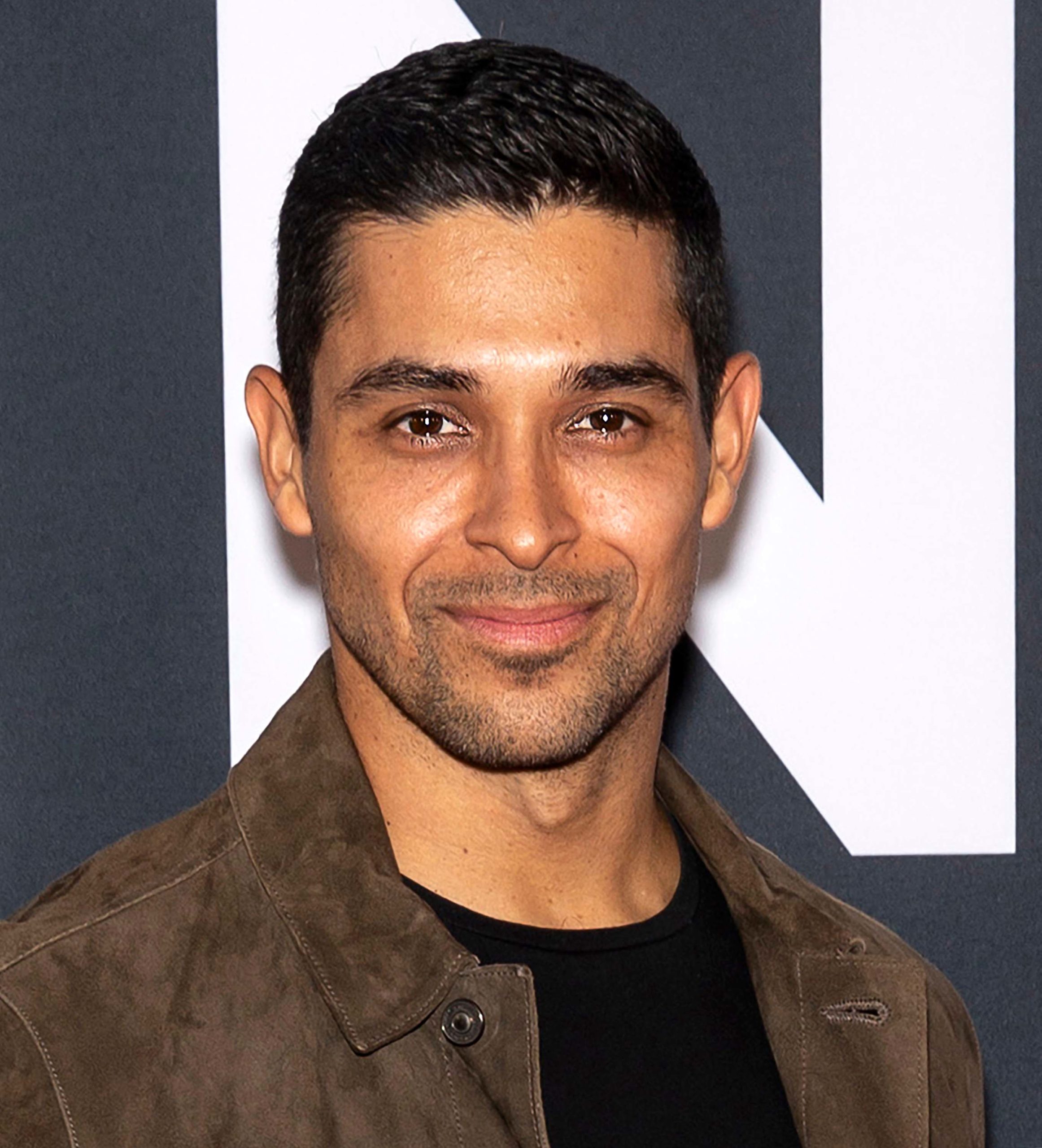 Wilmer Valderrama was born in Miami, Florida, on January 30, 1980. He grew up in Venezuela, though his parents – Sobeida and Balbino Valderrama – decided to move back to the United States when he was a young teenager.

Wilmer’s father worked as a farmer, but the US offered better opportunities.

“My parents sold everything they had in Venezuela, just so they could afford to bring us, the family, to the United States in search of a better opportunity,” Valderrama told People.

When Wilmer and his family returned to the US, they faced considerable difficulties regarding the language. He didn’t know English that well, which complicated things somewhat. Indeed, the initial period back in the US sure was challenging – Wilmer Valderrama and his family relied on humor to get them through it.

“My dad is a clown, my mom is a bigger clown, and I am an idiot. Growing up in that household was very fun, very funny, and in the face of tragedy, a sense of humor, it was a big one,” he recalled.

“My parents made sure no matter how traumatic anything was, that there was always… a different way of looking at it,” he added.

“They gave us a sense of humor to disarm the trauma that comes with going to a country, with being suppressed, being looked at as inferior because you have a strong accent.” 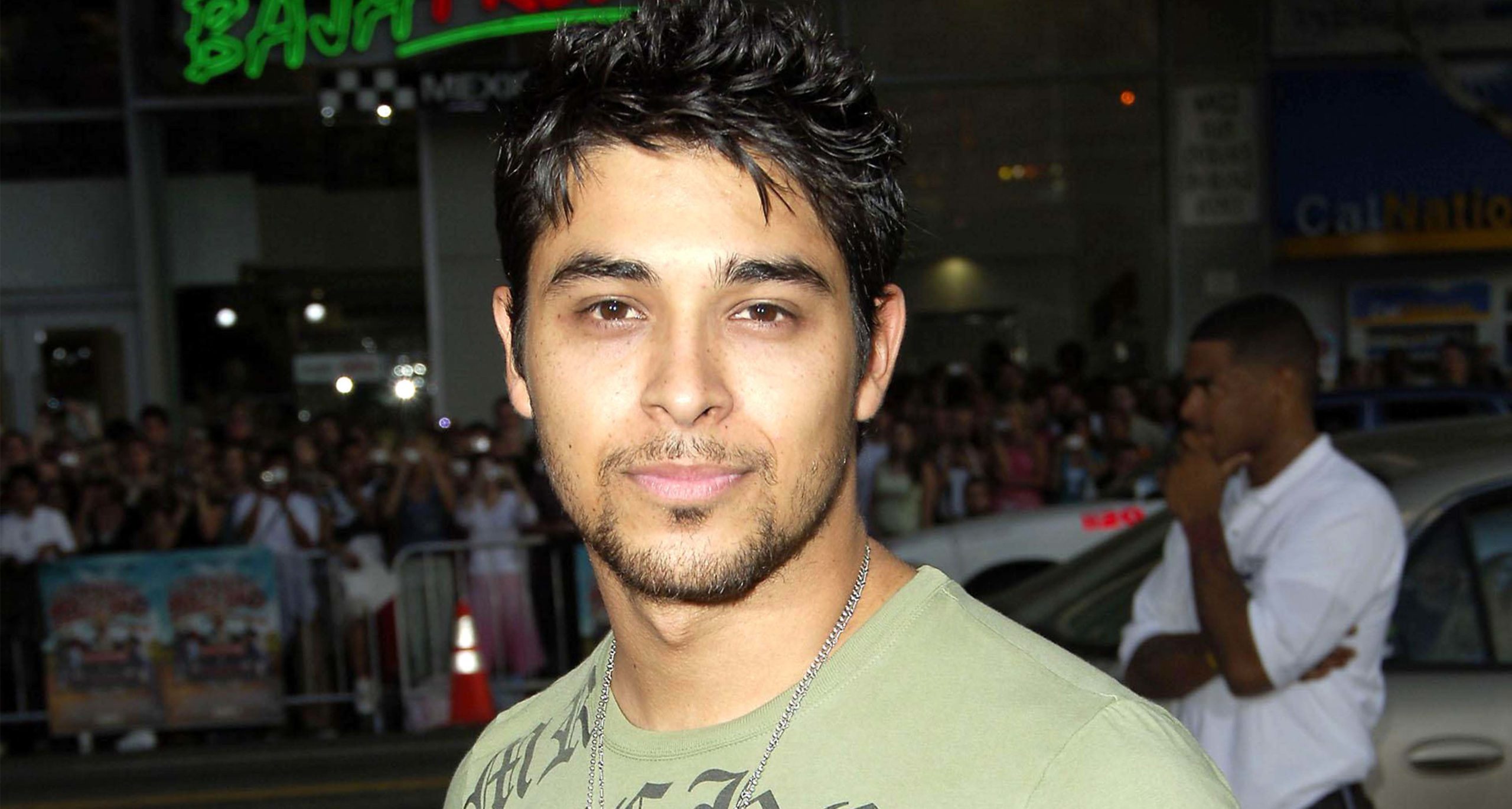 Wilmer’s parents knew that knowing English was vital for their son to succeed in the US. As a result, they had him participate in the theater to learn English – and it turned out to be a fantastic decision.

Not only did he learn English, but Wilmer also found his passion in life. By age six, he knew that he wanted to sing, dance, and act. Though he was very young, he already knew that the entertainment business would be a great way to help his family earn money.

That said, his father wasn’t overly impressed with Wilmer’s career choice, and was apprehensive about his son pursuing a career in the business. But one morning, after the family’s car was stolen, he got his parent’s permission.

“Seeing my dad stressed, seeing my mom get emotional, and I looked at [them], and I say, ‘Mom, Dad, don’t worry because I’m going to be a famous actor,” Valderrama recalled.

“And my dad, with a smile at 2 in the morning, he just looked at me, really, really stressed — but able to manage a smile — he looks at me and goes, ‘Okay mijo, you can do that.’”

At 14 years of age, Valderrama’s family moved to Los Angeles. He attended the William Howard Taft Charter High School, and the English language became less and less of a problem. He got great help from the high school’s theater department, which taught him English.

But prior to graduating in 1999, Wilmer was famously known by another name, “Fez.” 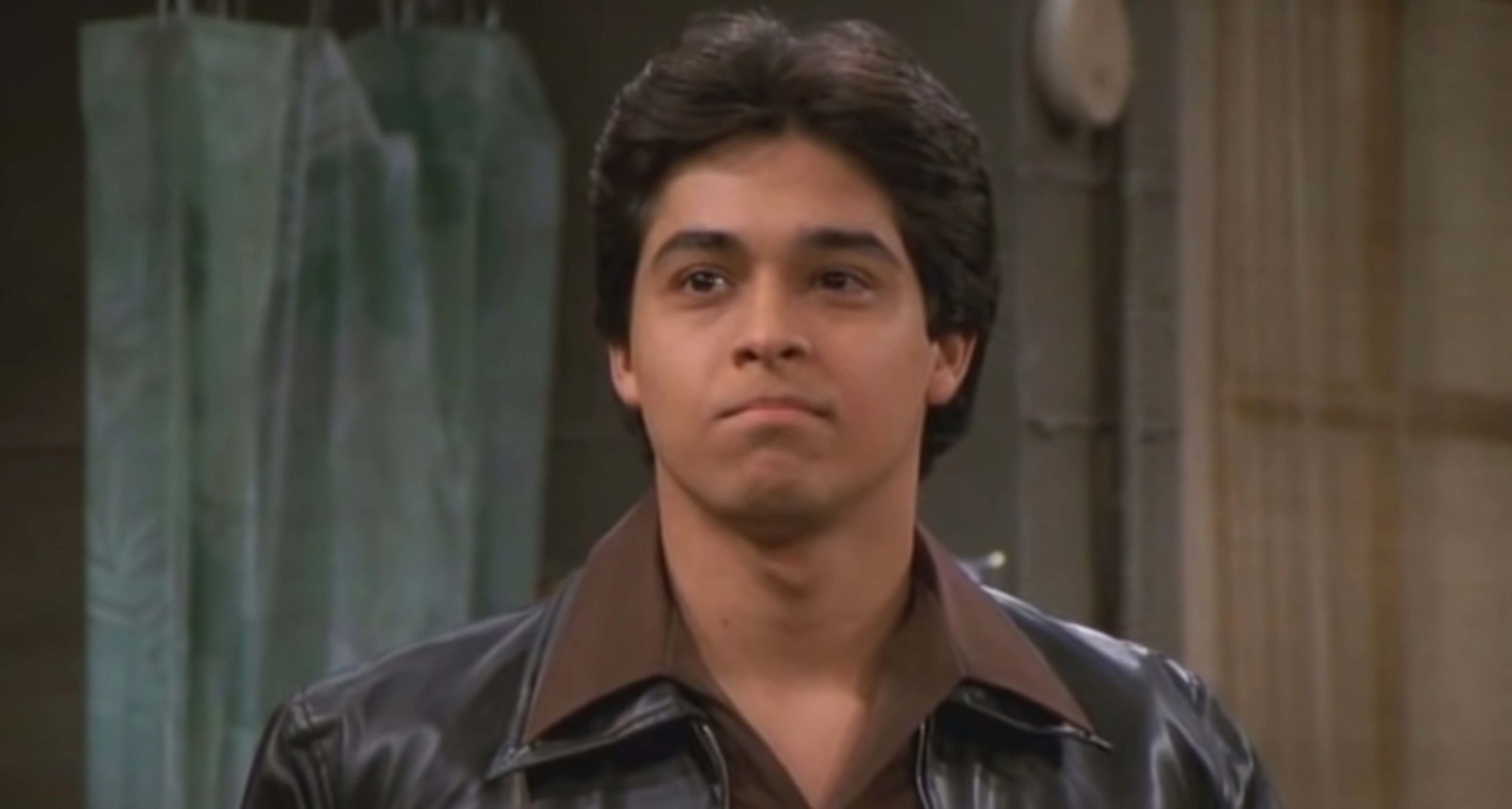 The year before graduating, Valderrama had scored his first-ever acting job, charming his way into show business and the sitcom That ’70s Show.

“But I really didn’t know what it represented.”

Valderrama came into That ’70s Show with a unique Latino accent, and no one knew where it originated from. According to Wilmer himself, that symbolized the immigrant experience for many people.

Valderrama was not only praised for his role in the show – but more importantly, he became an important figure for many.

“I didn’t know that eventually [Fez] was going to be representing so many of us, coming to a country to learn a culture and to assimilate,” Valderrama explained.

“I’ve had a lot of people come up to me and say ‘When I saw [Fez] on television, I felt like I existed,’” 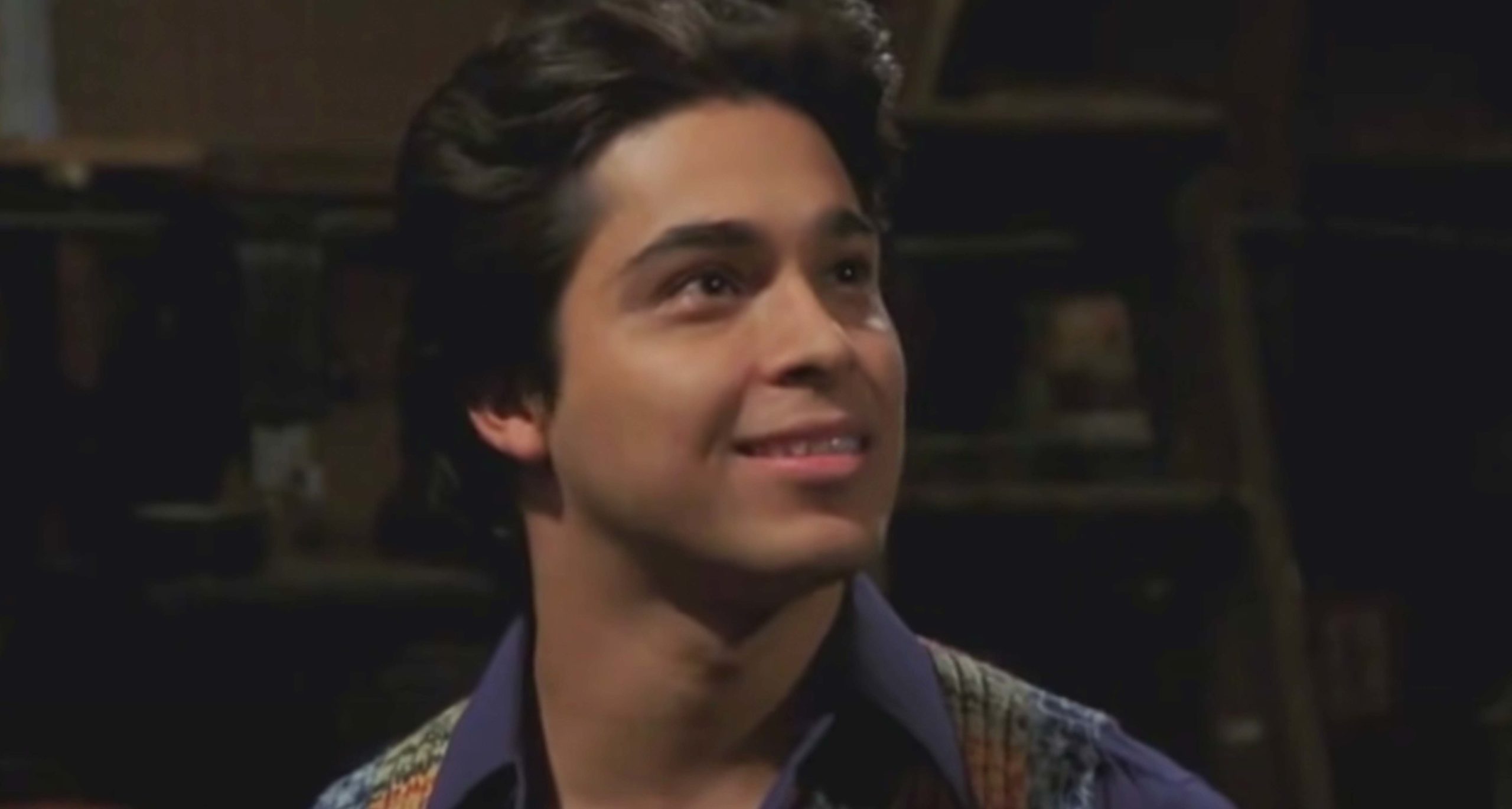 Just weeks ago, it was announced that he, together with the rest of the main cast, will reprise their roles from That ’70s Show.

No fear of being typecast

“I’m a little busy now, but I support them so much,” Valderrama said earlier this year.

“I’m rooting for them. I wish them nothing but the best. If the timing is right, I’d never say no.”

Many actors have witnessed the fear of being typecast, where they become solely identified by a specific character type they’ve played before.

Though Valderrama was very well connected with “Fez,” he managed to move into different roles, despite retaining some characteristics of his past role in That ’70s Show. He continued working on television series and did voicing for the animated Disney series Handy Manny. Moreover, he worked in films such as Party Monster and Fast Food Nation, and even tried his hand at directing.

Valderamma also starred in Quentin Tarantino’s first original series, From Dusk Til Dawn: The Series, and worked alongside Julia Roberts and Tom Hanks in the 2011 film Larry Crowne. He also appeared in the 2015 television mini-series Minority Report. 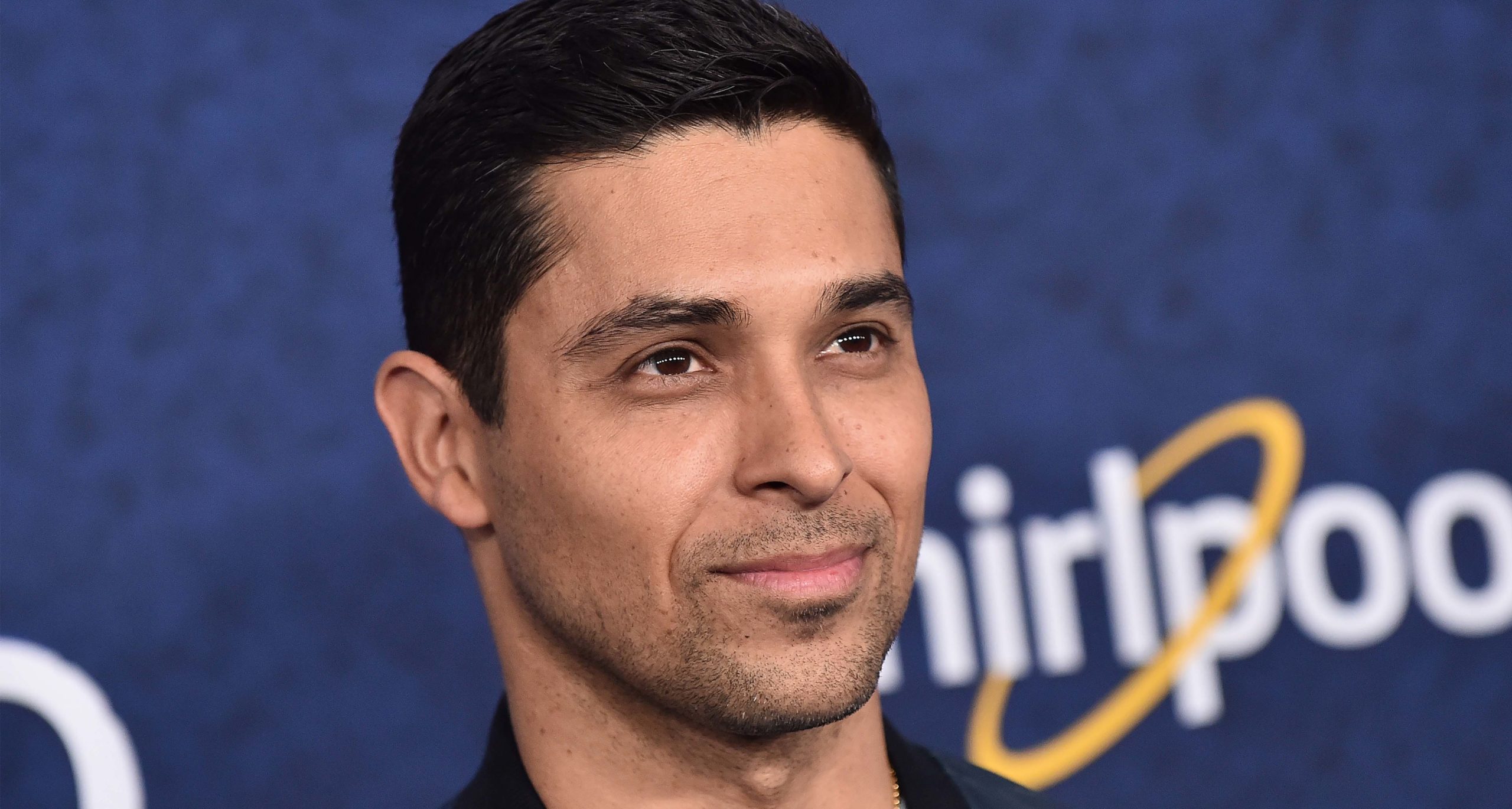 He might not have gotten the recognition he deserved from the broader audience though, perhaps because he wasn’t doing the most commercial forms of films and television.

How Wilmer Valderrama got the part of Nick Torres on ‘NCIS’

However, everything changed in 2016, when he was cast as Special Agent Nick Torres in NCIS. And his reaction to getting the role was something else.

“I was really humbled, you know, I was really humbled and really flattered that they had given me a call to join the cast… I landed in Los Angeles and I finished this pilot called Four Stars for CBS Studios, the pilot didn’t move forward, but I was really flattered and really honored that they saw my performance on the pilot and they invited me to join the cast of the show to kind of maybe take an NCIS to a whole different dimension,” Valderrama recalled.

“So, I was excited by the opportunity. I was humbled that I could work with Mark Harmon because I just respect that guy so much. What that show has done for television has been really, really groundbreaking and it’s not slowing down, which to me is it was super exciting.

“I did have a conversation with the showrunner and I said, ‘Where we going to go next? What is the next chapter for NCIS? If I join, what are we gonna do because I want to try to light some shit on fire.’ That’s what I said. Trying to break some shit, you know?” he added. “And they said, ‘Listen, that’s what we want we want. To disrupt something. And we want to make some things different.’ So, to me, that was exciting. But I’m humble and excited and proud to be part of such a long-lasting family.” 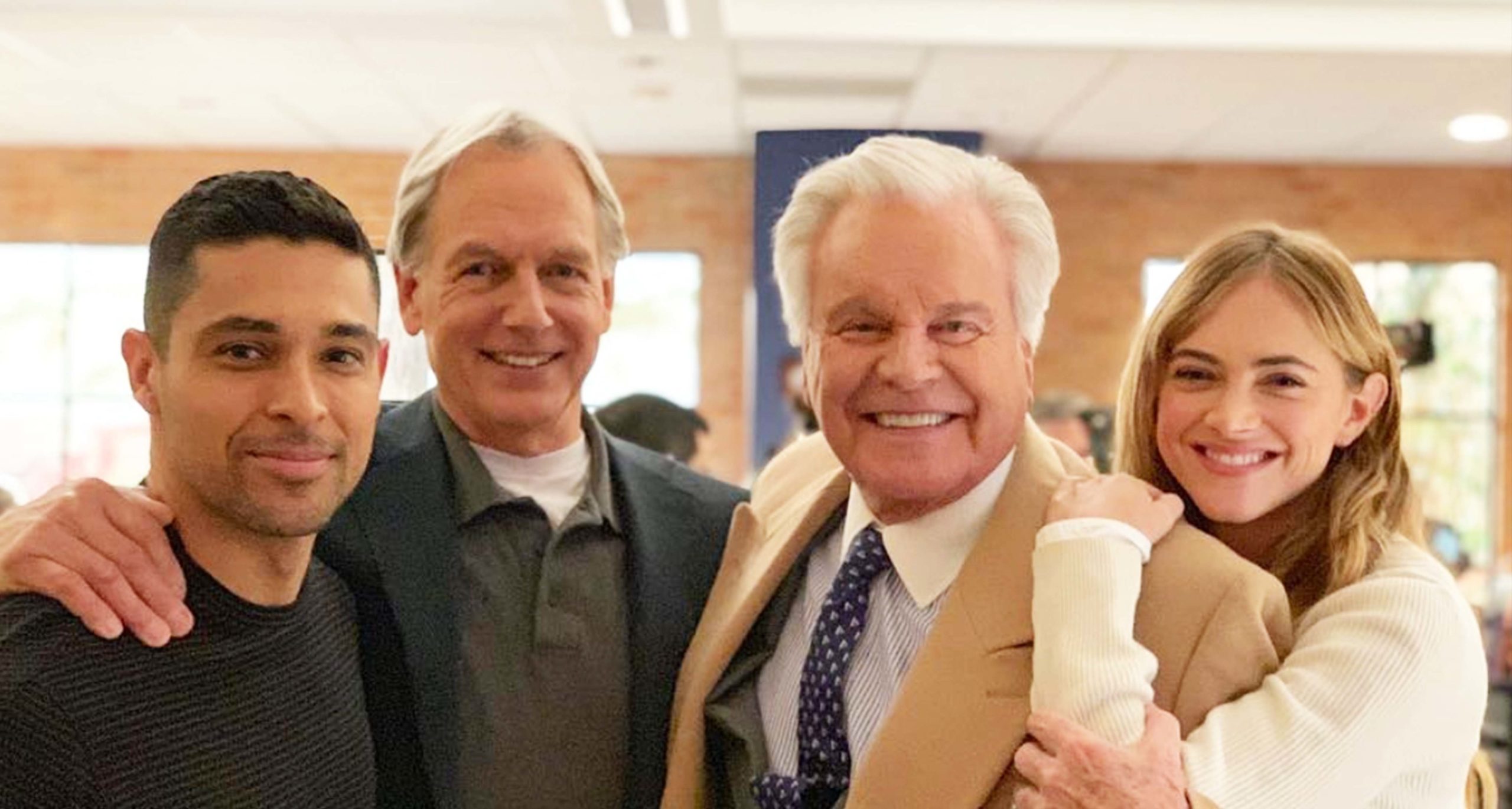 As of today, Wilmer Valderrama has starred in nearly 130 episodes of NCIS.

Working alongside the likes of Pauley Perrette, Sean Murray, Mark Harmon, and David McCallum has been a fantastic experience for him. Being on set has gifted the 42-year-old some great friends. In fact, he says that he and Mark Harmon’s relationship is a true “bromance.”

“You talk about Mark Harmon. Mark is someone that leads with kindness and his energy is beautiful. We have quite a bromance going on, him and I,” Valderrama told ET in 2019.

“But from the top down, I think it’s the people. The fact that people still love coming to work.”

Besides becoming a big star on NCIS, Wilmer has invested plenty of time in philanthropic work. According to his CBS biography, he is active in several charitable agencies. For example, he’s started the group Harness, dedicated to connecting communities through conversation to inspire action and change.

Moreover, Valderrama is on the board of Voto Latino and the spokesperson for the Congressional Hispanic Caucus Institute. He also founded its Ready 2 Lead program, the purpose of which is to educate and empower young Latinos. In addition, he was honored with an ALMA Award for outstanding Social Activism in 2013. 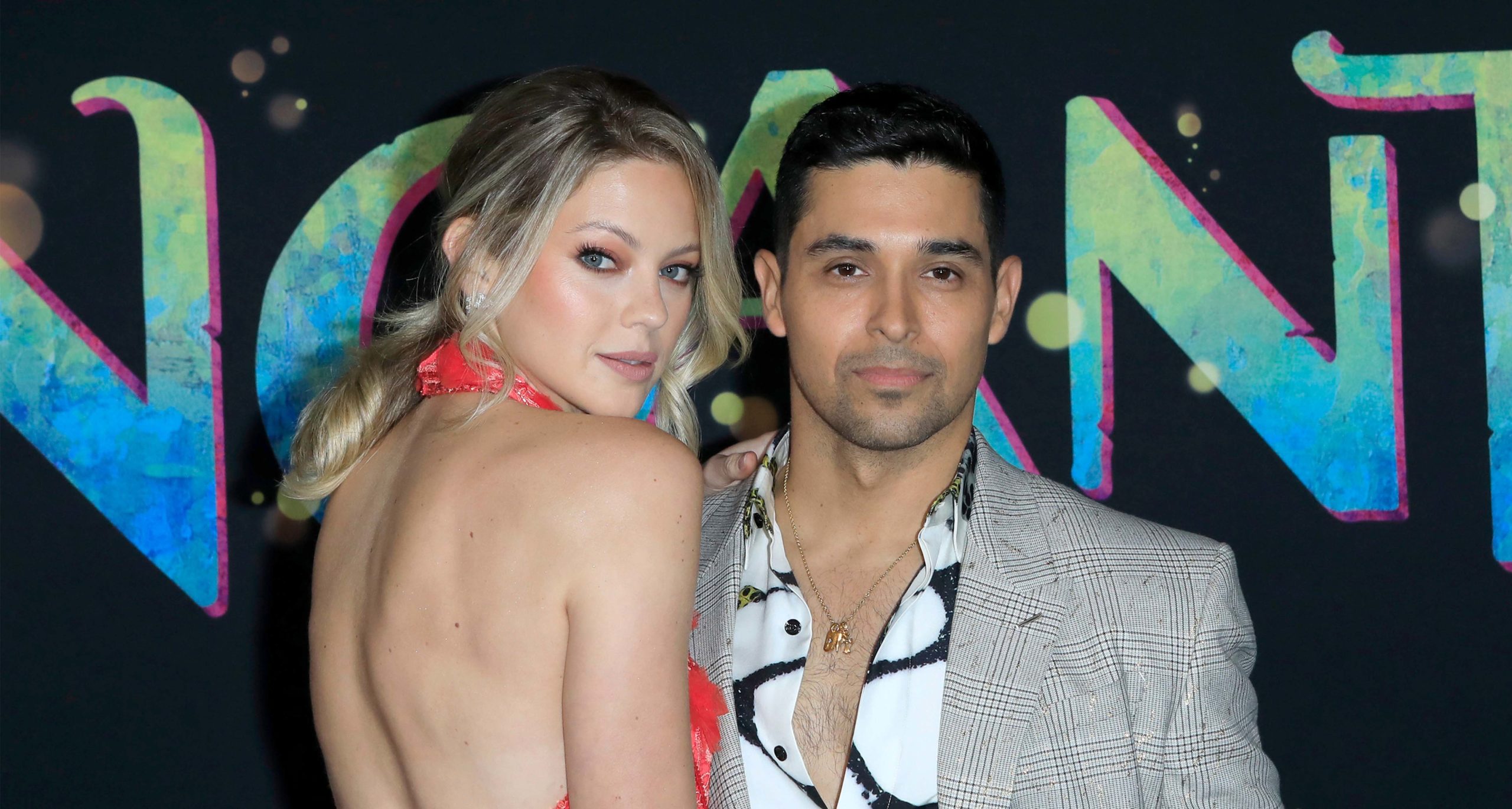 “I just keep working. As long as I get up in the morning and go to work and if that brings inspiration to someone that’s fantastic. If I can inspire people to feel like they can also do it then I did my part,” Valderrama told HOMBRE.

Wilmer has been in the spotlight for decades, and that has often seeped into his private life. He’s dated Lindsay Lohan, Mandy Moore, Minka Kelly, and Demi Lovato, amongst others.

In 2019, though, Wilmer met model and scuba divemaster Amanda Pacheco through a mutual friend. They quickly realized that they were more than friends – and started dating. But it wasn’t all roses and sunshine in the beginning.

“I was giving her advice on Miami,” Valderrama told Parents, adding that he switched from English to Spanish when Pacheco mentioned that she was of Mexican descent.

“I’m not fluent,” Pacheco added, laughing. “So I had Wilmer on my phone in one hand, and my dad translating for me on another phone in my other hand! We always joke that Wilmer and my dad are really the ones who fell in love with each other.”

In 2020, the couple went public with their relationship when they attended Joe Jonas and Sophie Turner’s wedding in France. Then, on New Year’s Day 2020, Valderrama announced that they were engaged – having popped the question at a scenic ocean view in La Jolla, California. 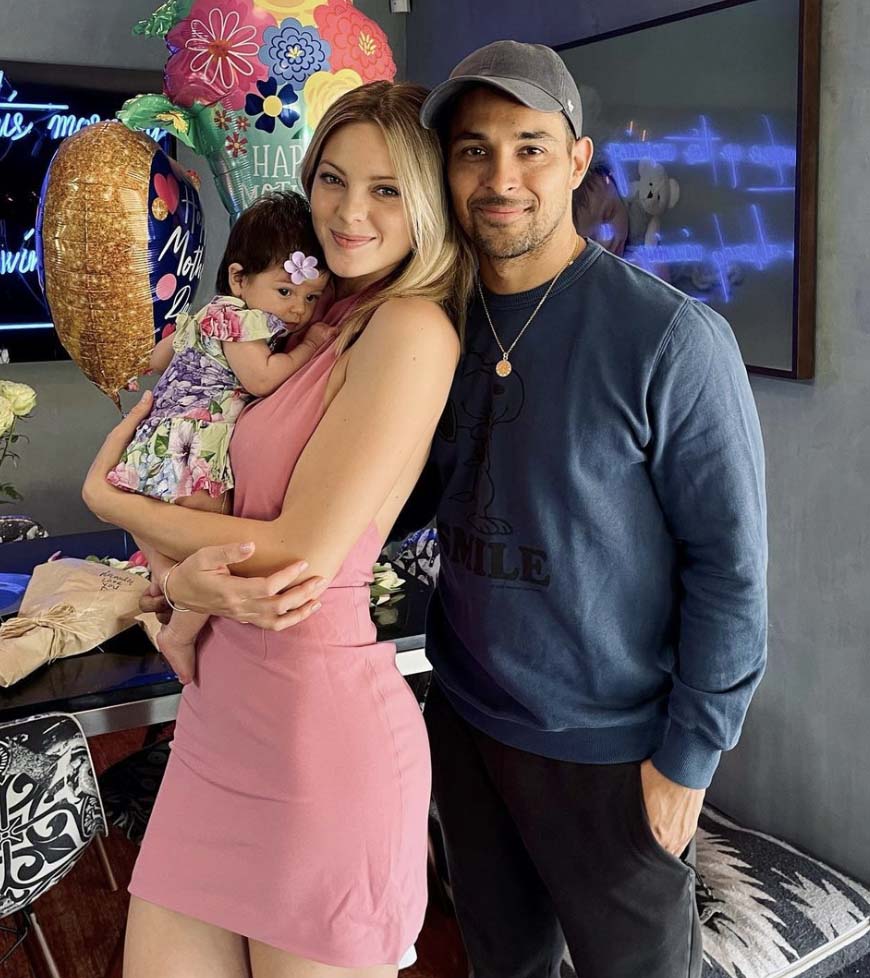 Wilmer proposed to Amanda with a pear-shaped diamond ring set on a pave diamond band.

Since then, their family has become three. On February 15, 2021, Wilmer and Amanda welcomed their first child, daughter Nakano Oceana Valderrama. She’s named after the Japanese city where they initially declared their love for each other.

“The name was exciting to figure out because, you know, everyone is gonna have an opinion,” Wilmer told People.

“When we said the name, it created an unbelievable debate in our family. Some people thought it was off the wall, and others thought that it was just serendipitous and so beautiful.”

Wilmer, Amanda, and their daughter have left the stressful life associated with Hollywood. Instead, they moved into a three-acre estate in Tarzana, located in the San Fernando Valley area just outside of central Los Angeles. They reportedly bought the house from fellow actor Chuck Norris.

“My forever home, the home where I would see my kids grow up,” he told Architectural Digest.

According to Celebrity Net Worth, Wilmer has a net worth of around $20 million.

Wilmer Valderrama has made an excellent name for himself, rising from nothing in the process. He has shown that you can make it no matter where you come from, and we think that his is such an inspiring story.