Bob Saget passed away on January 9 at The Ritz Hotel in Grande Lakes, Florida, USA. The sitcom star and comedian – most famously known from Full House and America’s Funniest Home Videos – had performed just days earlier as he was in Florida as part of his I Don’t Do Negative Comedy Tour.

Saget was described as one of the kindest people ever by those who knew him. And now, the police reveal the cause of death.

“Now that we have the final conclusions from the authorities’ investigation, we felt it only proper that the fans hear those conclusions directly from us,” Saget’s family wrote in a statement. 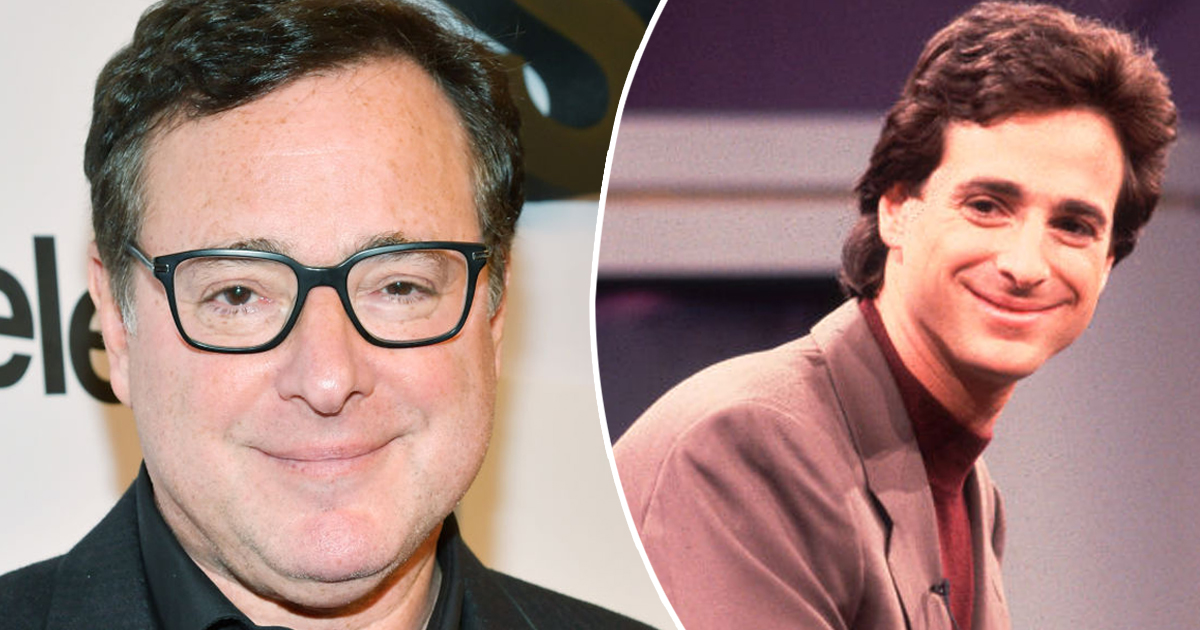 Bob Saget’s passing sent shockwaves through show business. The 65-year-old comedian and actor were in the middle of his comedy tour iI Don’t Do Negative Comedy Tour when he suddenly passed away in Grande Lakes, Florida, on January 9, where he was found dead in his hotel room.

According to his tour dates, he had performed at Ponte Vedra Beach, Florida, on Saturday, just one day before his passing.

“We are devastated to confirm that our beloved Bob passed away today,” Bob Saget’s family said in a statement. “He was everything to us, and we want you to know how much he loved his fans, performing live and bringing people from all walks of life together with laughter. Though we ask for privacy at this time, we invite you to join us in remembering the love and laughter that Bob brought to the world.”

“The man was identified as Robert Saget & pronounced deceased on scene. Detectives found no signs of foul play or drug use in this case,” the Sheriff’s statement read.

The passing of Bob Saget left showbusiness in shock. Many of his former friends and colleagues took to social media to share their thoughts of his death.

The cast from Full House, where Bob Saget starred as the father Danny Tanner, shared a joint message on Instagram. 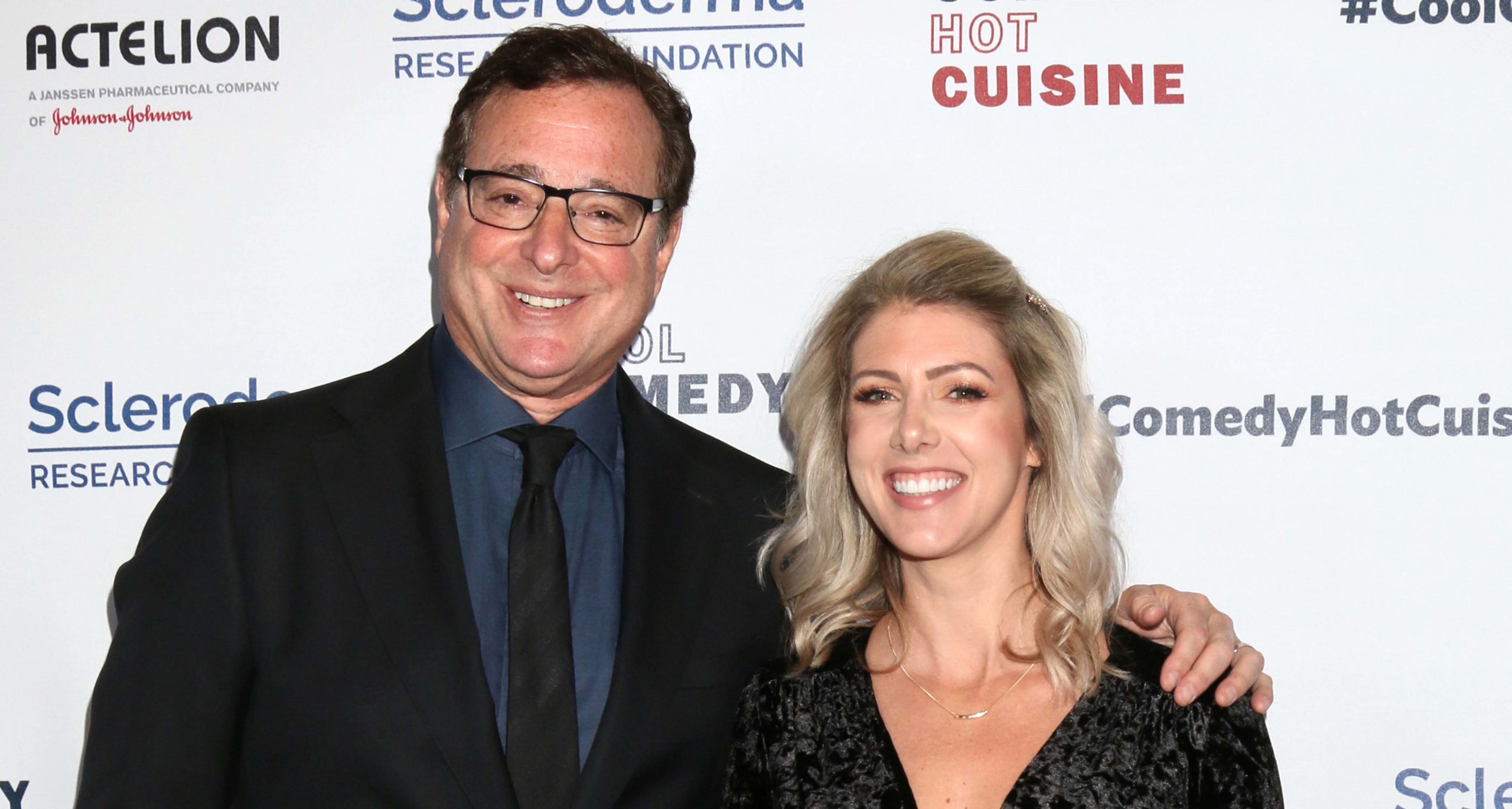 Emotional tributes from friends and colleagues

‘Thirty-five years ago, we came together as a TV family, but we became a real family. And now we grieve as a family,” the statement read. “Bob made us laugh until we cried. Now our tears flow in sadness, but also with gratitude for all the beautiful memories of our sweet, kind, hilarious, cherished Bob.”

“He was a brother to us guys, a father to us girls, and a friend to all of us. Bob, we love you dearly,” the statement continued. “We ask in Bob’s honor, hug the people you love. No one gave better hugs than Bob.”

“Words cannot begin to express how devastated I am. Bob was more than my friend, he was my family,” Loughlin said in a statement after his passing.

Saturday Night Live star Pete Davidson also took to social media to pay tribute to Bob Saget. Davidson explained that the comedian and actor helped him during a very dark time in his youth.

“Bob Saget was one of the nicest men on the planet,” Davidson said. 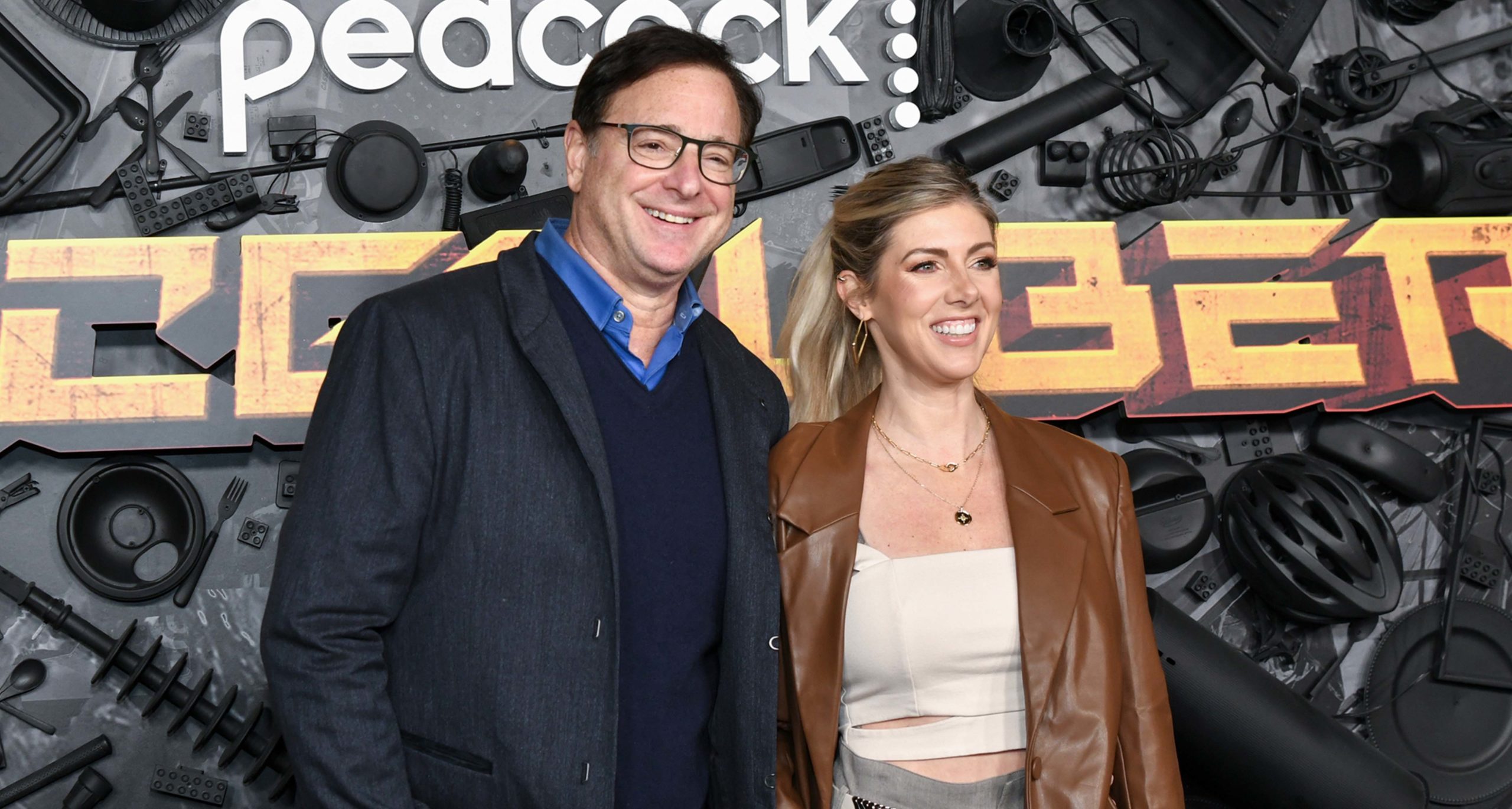 “When I was younger, and several times throughout our friendship, he helped me get through some rough mental health stuff. He stayed on the phone with my mom for hours trying to help in any way he can – connecting us with doctors and new things we can try,” he shared of Saget. “He would check in on me and make sure I was okay.”

Bob Saget was a well-loved person in Hollywood. His days on Full House brought him to a new level of fame, and when on set, he was always warm-hearted.

Co-star and friend John Stamos were one of the people closest to Bob, who’s been very candid about Saget. Before his funeral, Stamos explained that it would be “the hardest day of my life.”

“Personally, I hope to die after a beautiful night of lovemaking with my wife, but I’m glad Bob didn’t go that way. As I said, I rather he dies after doing what he did best. (Sorry, Kelly.) That’s the kind of joke Bob loved,” a part of Stamos’ eulogy read. 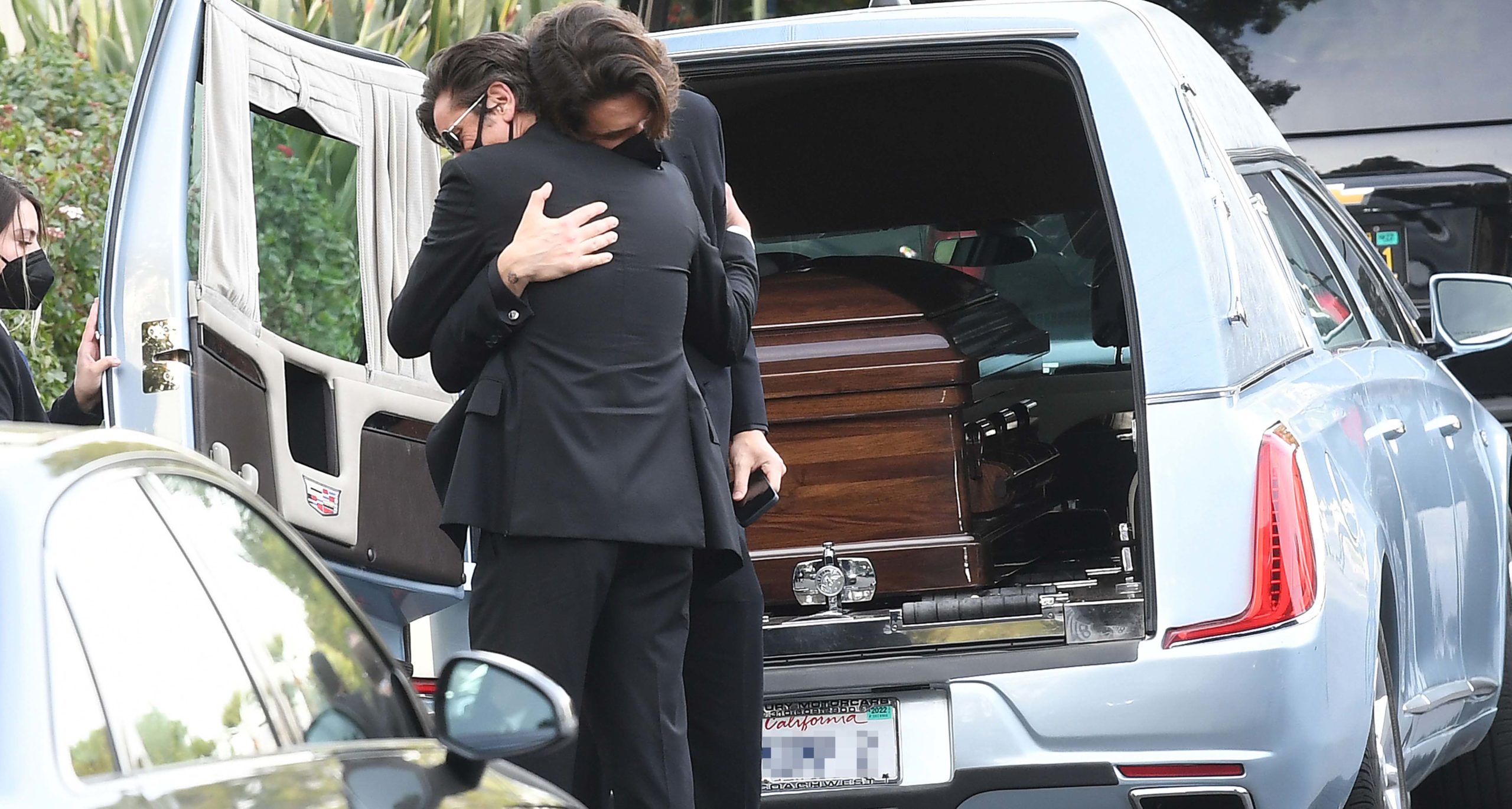 “It’s hard to explain who Bob was to me personally without understanding that he’s your Bob too.”

Bob Saget cause of death
As mentioned, the police said that there was no foul play regarding the death of Bob Saget. Law enforcement saw signs pointing to a sudden medical emergency, such as a heart attack or a stroke. Now, authorities have revealed the cause of death.

According to a new statement from his family, Bob Saget died due to head trauma. Authorities have determined that the actor accidentally hit the back of his head on something, which left him with head trauma. No pills or alcohol were involved, the family concluded, as reported by NPR.

Earlier, law enforcement saw signs pointing to a sudden medical emergency, such as a heart attack or a stroke.

On Sunday morning, Saget was supposed to check out from his hotel room at the Ritz in Florida. But, when his family members couldn’t reach him, they contacted hotel security.

The family further added that they have been “overwhelmed with the incredible outpouring of love from Bob’s fans, which has been a great comfort to us and for which we are eternally grateful.”

“As we continue to mourn together, we ask everyone to remember the love and laughter that Bob brought to this world, and the lessons he taught us all: to be kind to everyone, to let the people you love know you love them, and to face difficult times with hugs and laughter,” Saget’s family added in the statement. 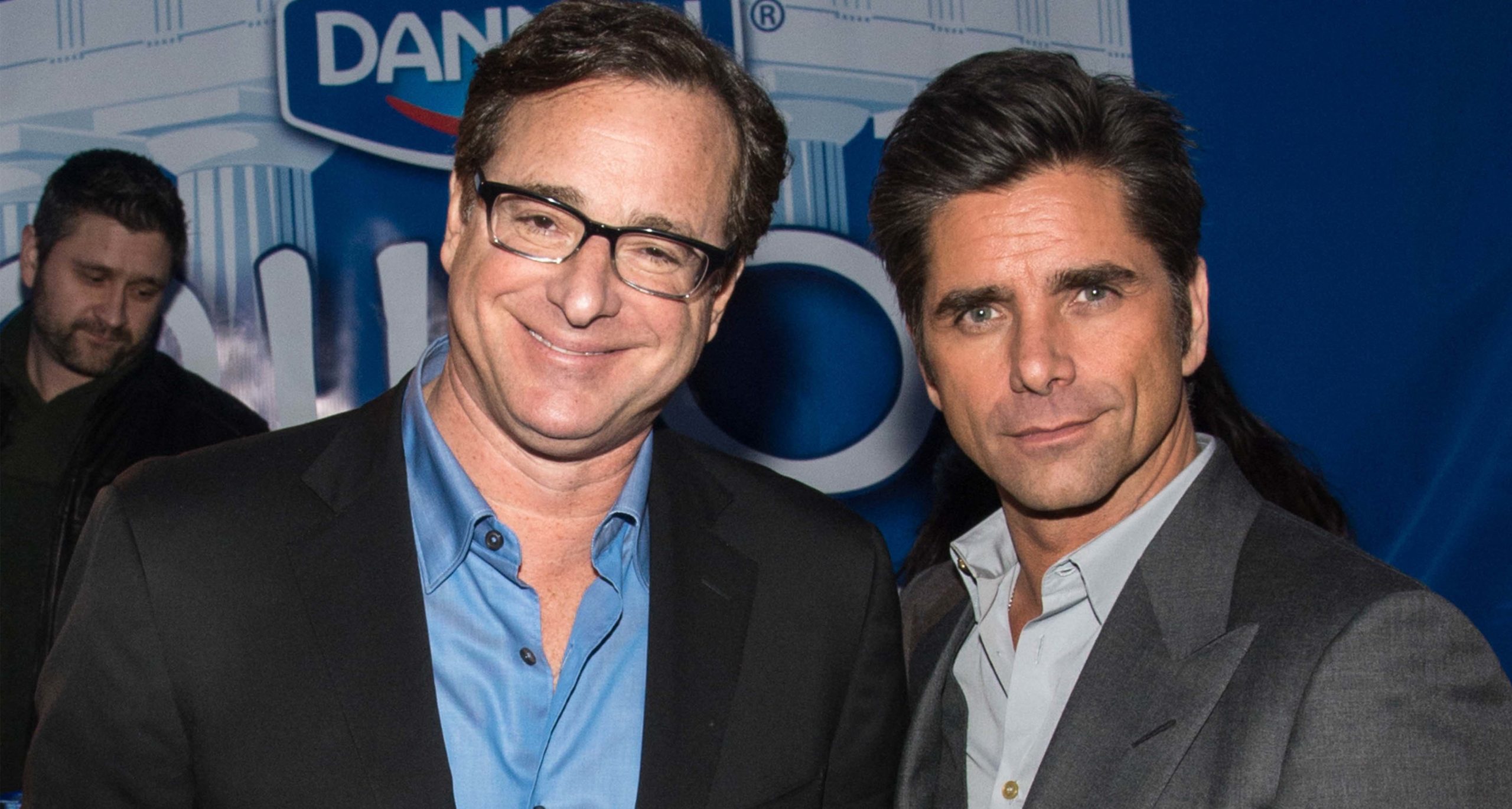 “Now that we have the final conclusions from the authorities’ investigation, we felt it only proper that the fans hear those conclusions directly from us.”

Bob Saget is survived by his late wife Kelly Rizzo and their three children, Aubrey, Jennifer Belle, and Lara Melanie.

Speaking on Good Morning America last month, Rizzo said that Bob Saget was in good health before his passing. According to his late wife, he had Covid in December, but it was “not anything serious.”

Rizzo spoke about her husband at the memorial service in Los Angeles, saying that she was shocked to hear how many people had talked to Saget before his passing.

“There were a lot of people there, and every single person was pretty much like, ‘Oh, I talked to Bob last week,’” Rizzo recalled in an interview with Today. “I’m like, ‘How did he have the time to talk to everybody and tell everybody that he loved them? All the time.’ It was just amazing.” 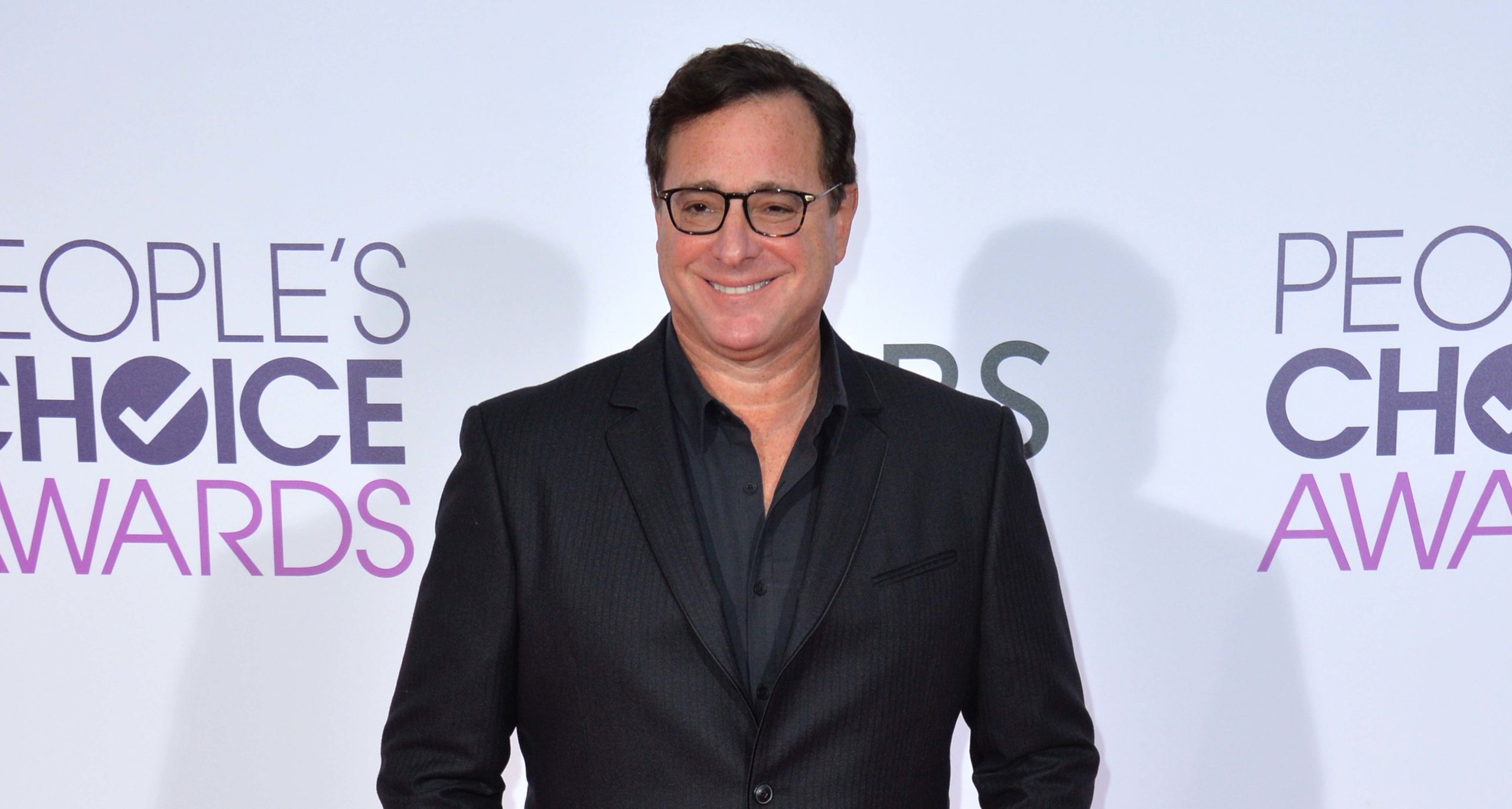 She also revealed the last text message he sent her, which read, “I love you endlessly.

“And then I said, ‘I can’t wait to see you tomorrow,’” Rizzo recalled.

Bob Saget: This was his life

Bob Saget was born on May 17, 1956, in Philadelphia, Pennsylvania. He was said to have been a comedian from the start, winning kisses from girls in kindergarten after making them laugh.

His comic skills emerged early, winning kisses from girls in kindergarten for making them laugh. 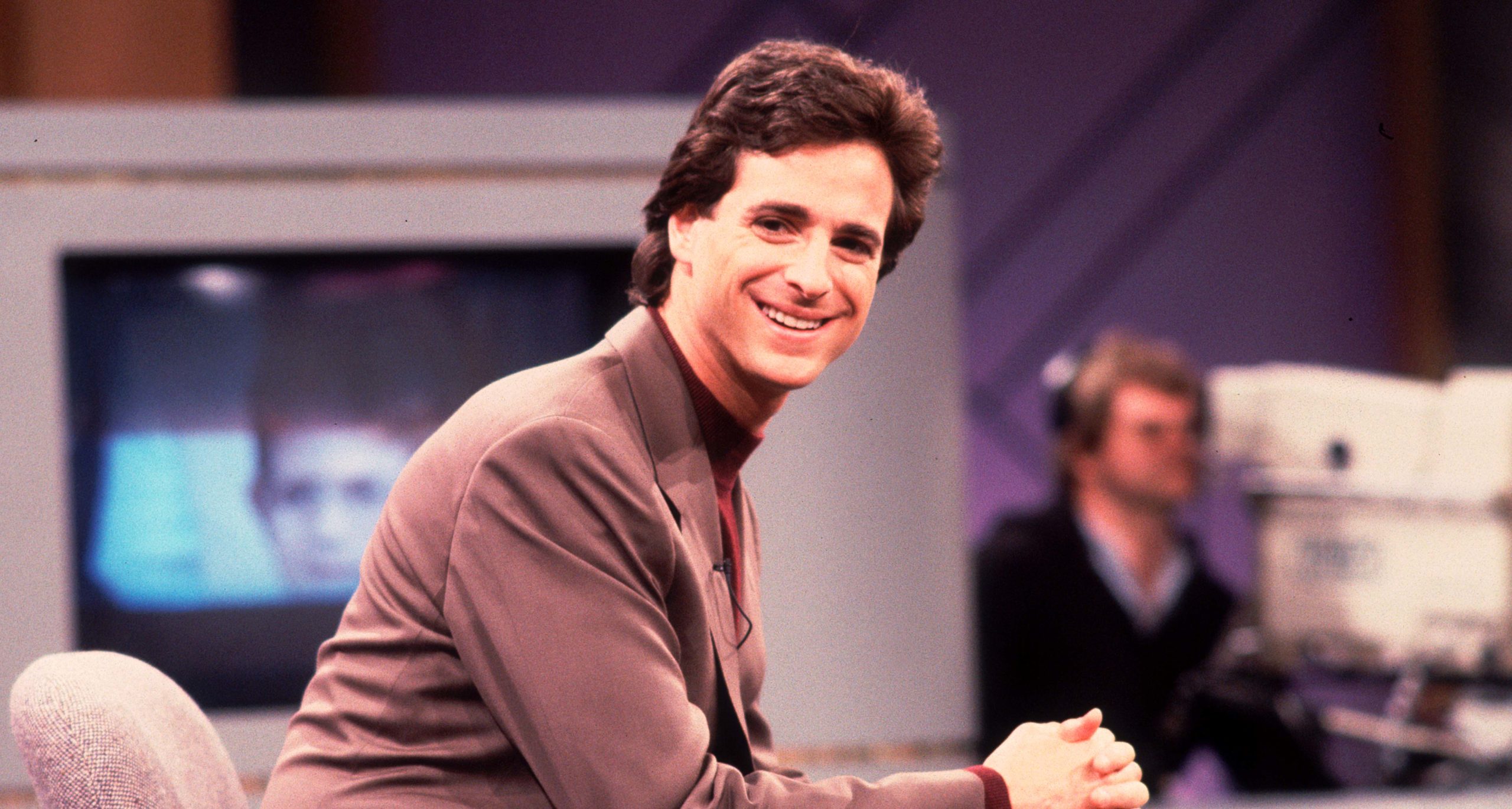 Saget started doing his own movies at the age of 9, filming with a Super 8 camera. But in the beginning, he wanted to work in medicine.

As Bob Saget grew up, it was clear that his grades wouldn’t be enough to get into medical school. His family moved to Encino, California, in his teenage years.

Saget attended Temple University, and at that point, he had gotten very interested in films. Through Adam’s Eyes, his first short documentary actually won him a Student Academy Award in 1978.

Saget transferred to the University of Southern California. However, a health scare made Saget re-evaluate his choices. He decided to leave USC abruptly before a burst appendix disrupted significant parts of his life and sent him to the hospital. 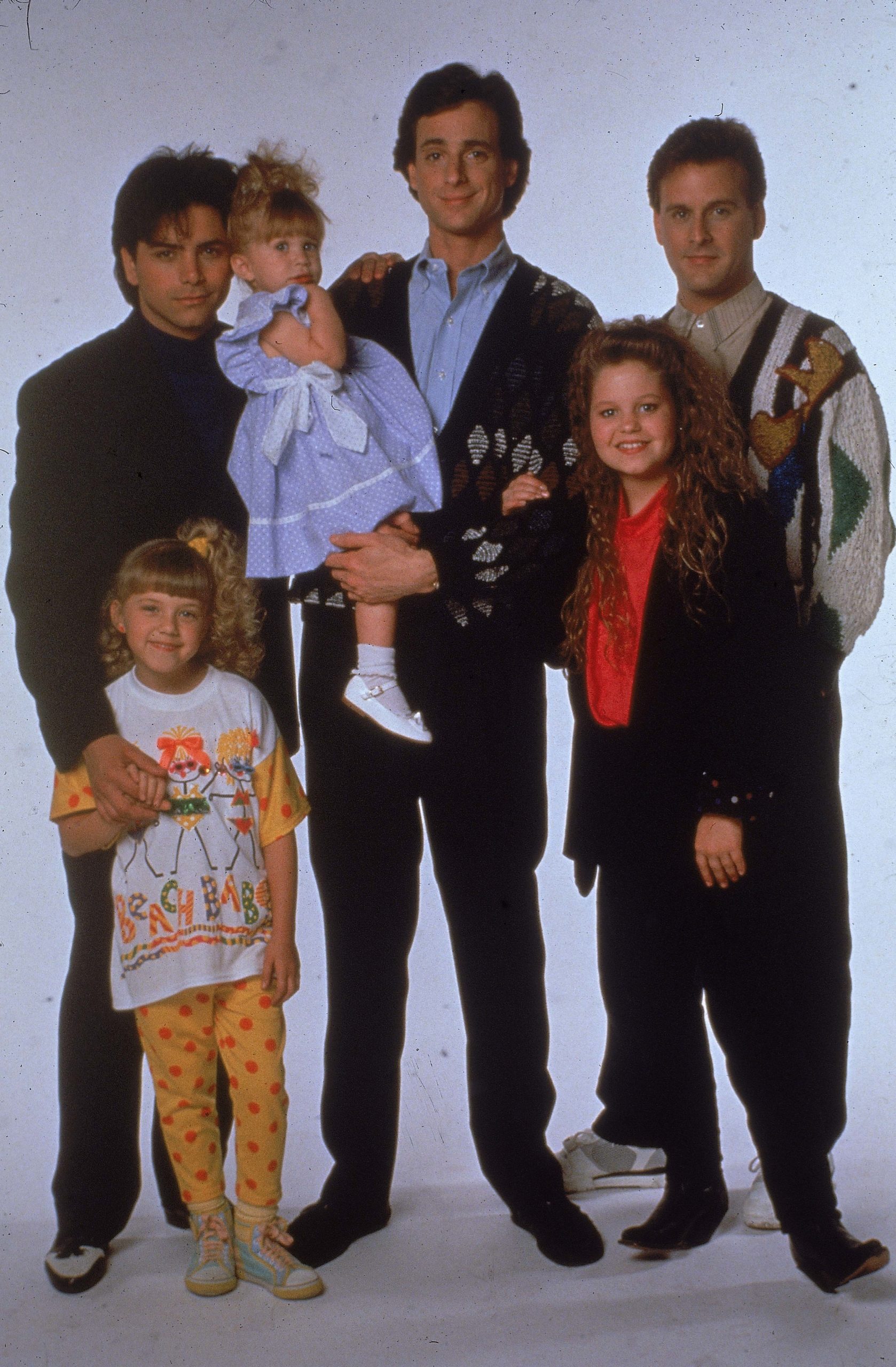 “I was a cocky, overweight 22-year-old. Then I had a gangrenous appendix taken out, almost died, and I got over being cocky or overweight,” he recalled.

Saget decided to stay in California to pursue his comedy career. He met comedian Dave Coulier – who he later would star alongside on Full House. After a promising start, Sagett got his big breakthrough as he became a part of CBS’s The Morning Program in 1987.

He left the show after just six months, but shortly after, Saget got the project of his life as he was cast as Danny Tanner in the sitcom Full House.

Bob Saget became a household name alongside his co-actors as the show rose to fame quickly. He starred in 192 episodes between 1987 and 1995.

“It wasn’t even real. It was a two-dimensional show. And the other kids —Jodie Sweetin was four when she started, Ashley and Mary-Kate were nine months, Candace was nine—you’re talking about exceptionally talented young kids,” Saget told Vanity Fair. “They cast the thing in a way that doesn’t happen very often. They were all so thoughtful in their acting. The lines can be good, but it’s between the lines that all the stuff that people do is special. There was a lot of love coming through.” 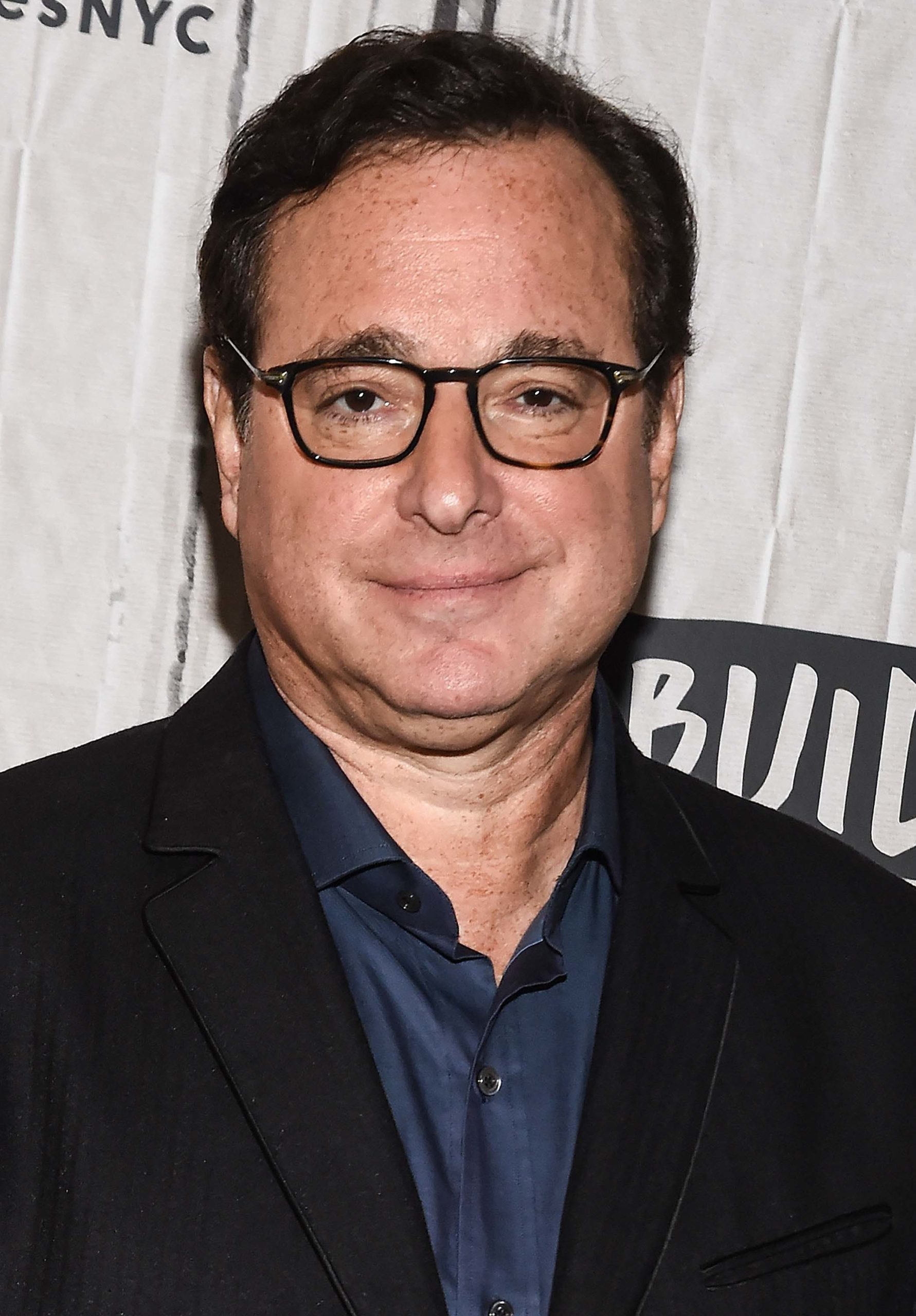 Sure, Bob Saget was a funny guy and very appreciated on set. But for co-star Candice Cameron Bure – starring as D.J. Tanner – he was more than that.

Being a young girl on an extensive set sure must’ve been frightening, but Bob made sure that she always felt comfortable.

“Bob was my mentor growing up on the set. Not just because he played a dad, but because he is a dad, so he was very nurturing to us kids and making sure we were protected, and everything was great,” she explained.

In 1990, Bob Saget became the host of America’s Funniest Home Videos. The show rose in ratings almost instantly, and Saget stayed on the show until 1997. After that, he starred in several films and television series. Bob Saget was also the narrator on the popular sitcom How I Met Your Mother between 2005 and 2014.

Saget also reprised his role as Danny Tanner in the Netflix reboot Fuller House between 2016 and 2020. And as the great comedian he was, not taking himself too seriously, he also played himself or a parody of himself many times.

Besides acting, Saget did plenty of charity work and dedicated much of his off-screen time to raise money for the Scleroderma Research Foundation. He worked with the organization since the late 1980s, and got more involved as his sister, Gay, passed away in the early 1990s after getting the diagnosis. Bob Saget helped raise over $25 million for research.

What really happened to Lisa Turtle from Saved By The Bell – this is her life now
The queen lost her patience with Prince Harry and Meghan Markle: “Enough.”