Their wedding day had no gown and no photographer. So 97-YO bride and 98-YO groom recreated it 77 years later 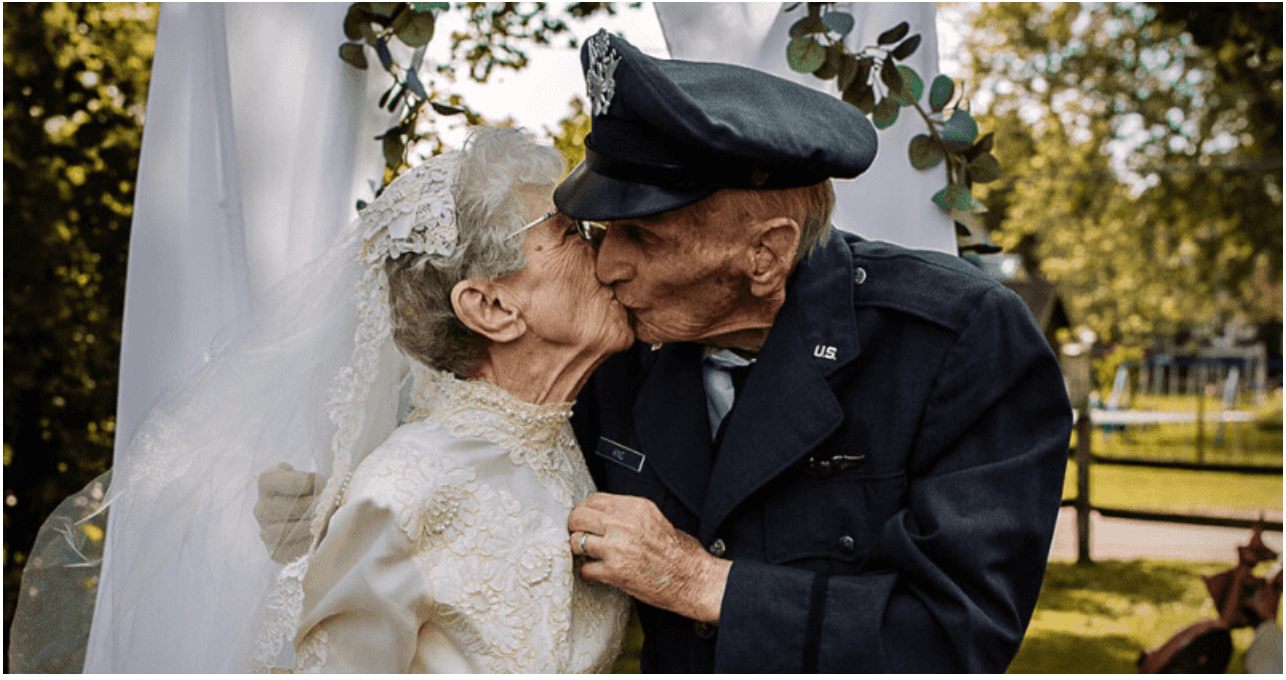 There wasn’t even time to get a wedding dress, let alone a photographer, when Frankie King married her high school sweetheart, Royce, in 1944.

The couple had just days to plan their wedding because Royce had only a two-day leave before rushing off overseas for his military deployment.

Frankie King did not have a extravagant wedding day. It was 1944 — at the height of World War II — when her high school sweetheart, Royce, became her fiancé. But like many young men at the time, Royce joined the military and was moved to a base in another state. 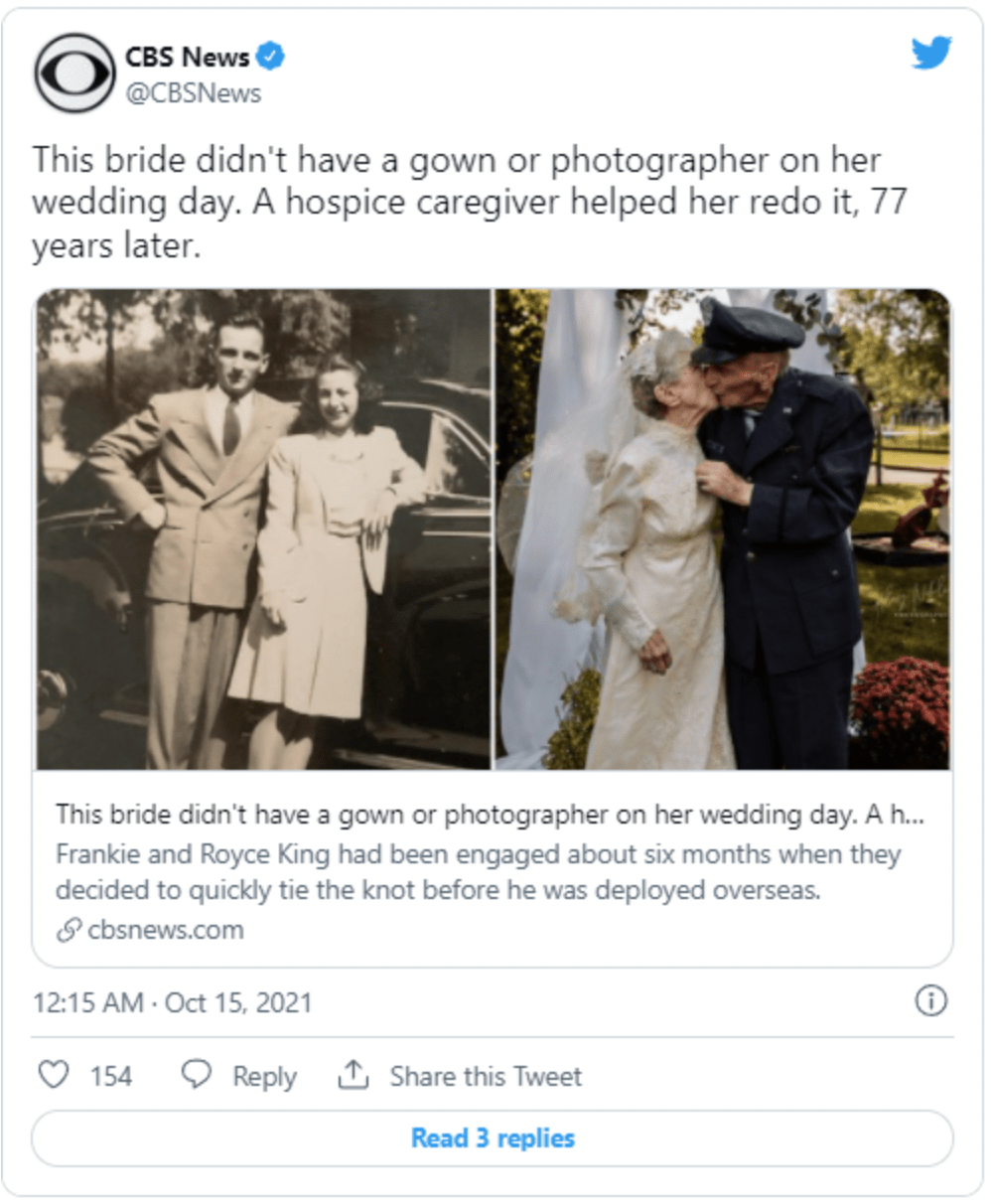 “He was stationed as a lieutenant in the Air Force … he just got his pilot wings,” their daughter, Sue Bilodeau, told CBS News. “He got a short leave. They had been engaged about six months, so they decided to have a wedding before he was deployed overseas.”

Once Royce got his two-day leave, he returned to their small town of Oelwein, Iowa, and married the love of his life before going off to fight in World War II.

Over the next seven decades, the couple went on to raise two children and shared 77 happy years married to each other. 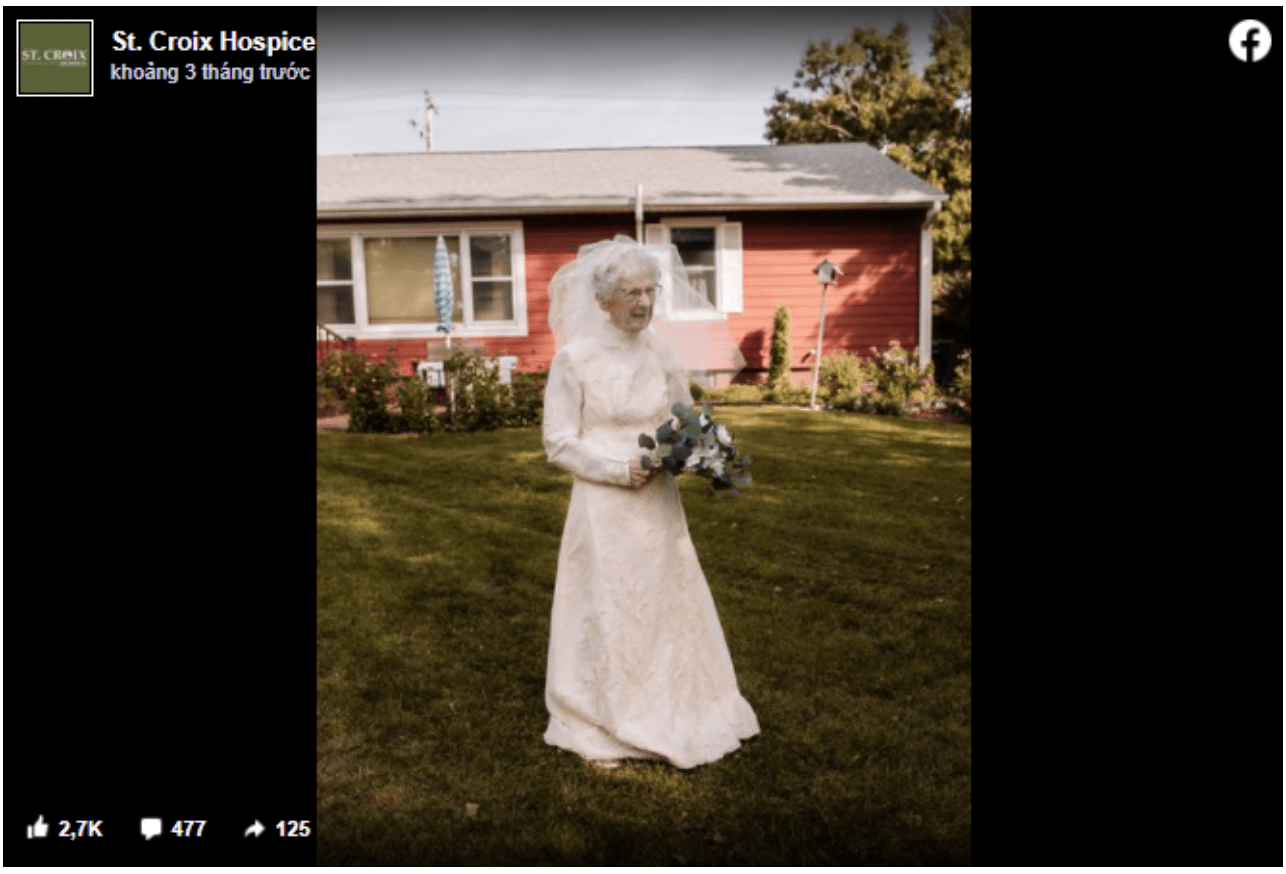 They still live in Oelwein, and at 97 and 98, a hospice nurse now cares for them at their home.

The nurse then took matters into her own hands and worked with the other staff members at the St. Croix Hospice to recreate Frankie and Royce’s wedding day. This time, they made sure Frankie was dressed in a beautiful wedding gown.

On September 16, their 77th anniversary, their nurse asked Frankie if she could see a photo from their wedding day.

“And mom said, ‘Well, we don’t have a picture because we actually didn’t have a photographer that day,’” Bilodeau said.

As their wedding day was recreated, Frankie was dressed in a vintage 1940s gown while 98-year-old Royce donned on his Air Force uniform, the very same one he wore when he married his wife seven decades back.

When it was time for his “first look” at his bride, Royce took off his blindfold as she crossed the yard in her white gown. “He just gazed at her and just beamed. They both did. It was very sweet,” Bilodeau said.

They may not have photos of their original wedding, but they still had memories of that day tucked away in their hearts. 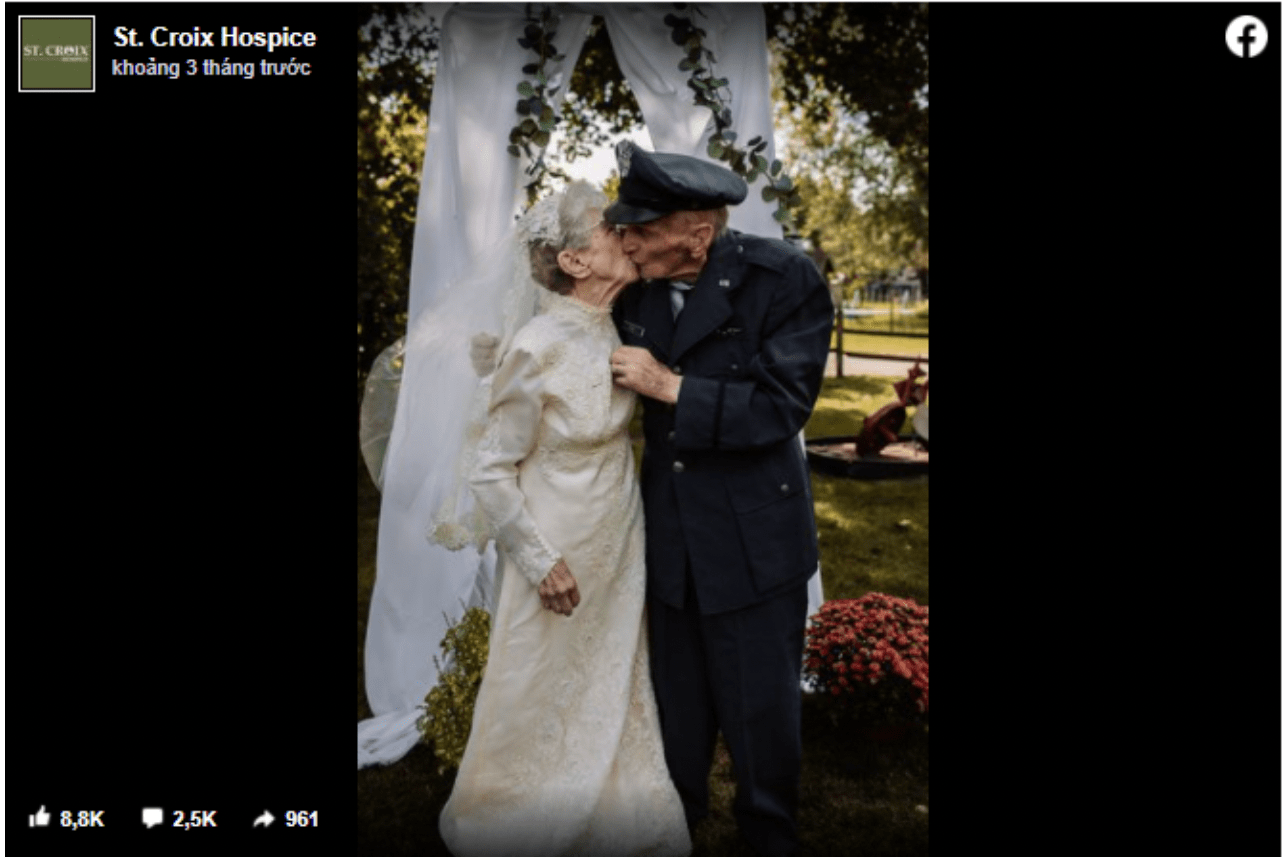 Staff members at the hospice were also delighted to put together something so touching for the elderly couple.

“How can you not have a sense of overwhelming emotion?” said St. Croix Hospice CEO, Heath Bartness.

“The connectivity you almost feel that you were a part of this, and thinking back to what it was like in World War II the first time, and how meaningful and how emotional this second opportunity to do this was.

There’s an overwhelming sense of pride in not just the company and what the organization did, but more so just as an act of humanity.”