Gordon Ramsay is one of the most famous chefs in the world. Besides the success of his restaurants, the British native became a worldwide sensation through several well-known cooking shows, the most famous of which are likely Hell’s Kitchen and Kitchen Nightmares.

Through building his food empire, Ramsay has earned himself a multimillion dollar fortune. However, it turns out that he doesn’t want to share the money with his children.

So how did Ramsay become the worldwide kitchen star we know and love or hate? And why doesn’t he want to share his fortune with his kids? Here’s is all you need to know! 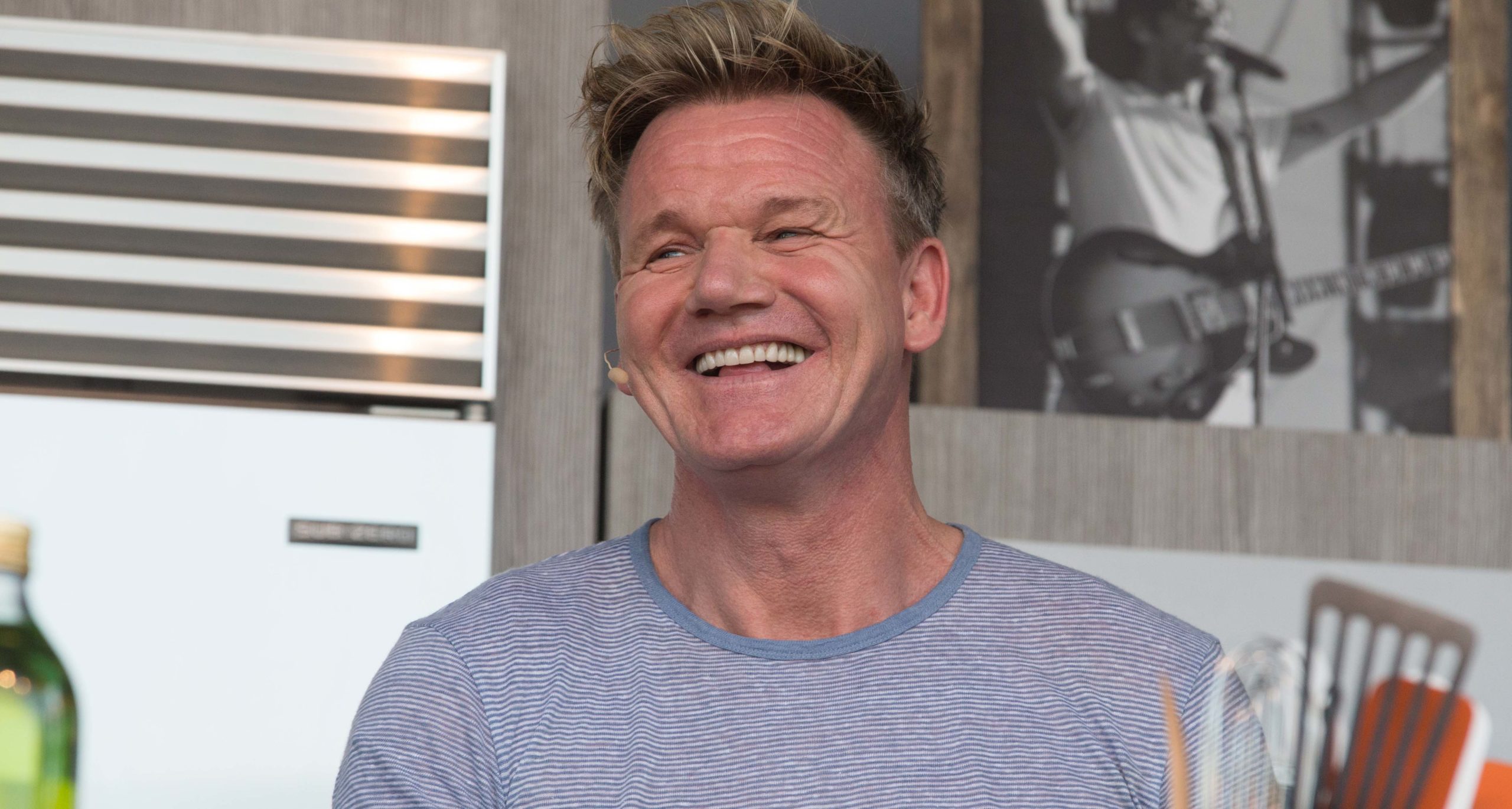 Gordon Ramsay didn’t have his mind set on a career in cooking from the beginning. Instead, he wanted to become a professional in a whole different field: sports.

Born on November 8, 1966, in Johnstone, Scotland, Ramsay was raised in Stratford-upon-Avon, just outside of Birmingham, England.

Growing up, Ramsay loved soccer. He spent most of his days on the soccer pitch, and at age 15 he got given the opportunity every young boy dreams of. After moving to Glasgow, Ramsay landed himself a trial at the legendary soccer club Glasgow Rangers. However, after just a few months, he had to end his dream of playing professionally die to a knee injury.

Instead, Ramsay went back to school to study classes in hotel management. He turned out to have great talent, as well as a rare dedication for his work. After school, he went on to be trained by some of the world’s best chefs, including Albert Roux and Marco Pierre White in London and Guy Savoy and Joël Robuchon in France.

Many would probably say that Ramsay is abrupt with his kitchen staff and the contestants on his shows.

However, Ramsay himself has said his behavior isn’t anything compared to what he went through as he learned his trade in the kitchen. 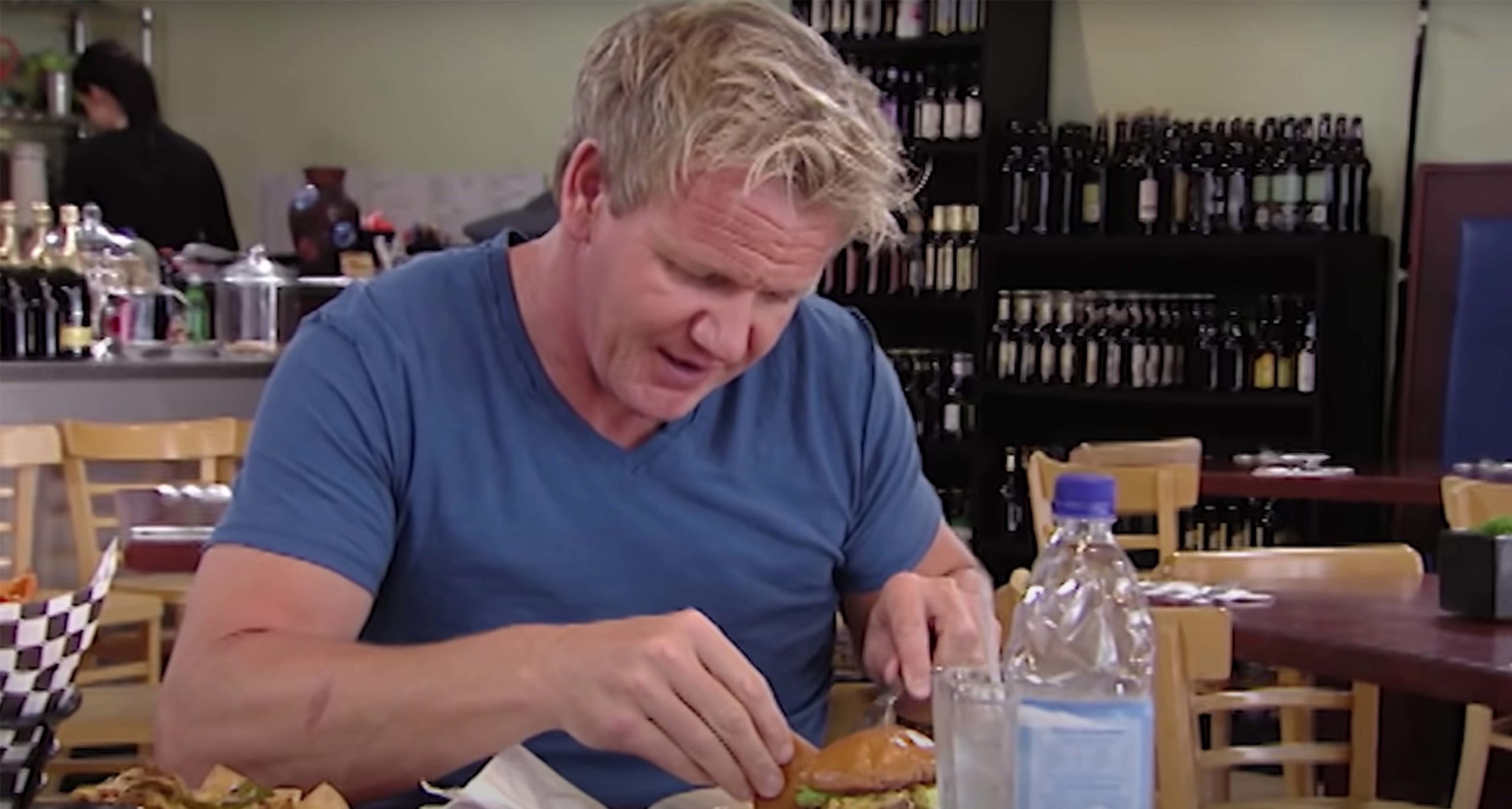 Once his training was complete, Ramsay went on to work as the head chef at Marco Pierre White’s restaurant La Tante Claire. This assignment was far from a walk in the park.

“He was a f****r in here, let me tell you,” Ramsay told Savour Magazine. “He busted my arse but I never complained about it because I loved what he taught me.

“And in terms of Marco, if you thought I was tough to work for, you should have stood alongside him. When I walk into this kitchen now, and all the young girls and young guys are excited to see me, and I’m excited to see them, I think ‘s**t, if you’d have been here 25 years ago.’”

“I was standing outside, opening scallops, and it was p*****g down with rain,” he added. The French boys were in the kitchen laughing their heads off, and what did Koffmann do? He threw me a big f*****g smelly duffle coat. But I opened them, 180 of the f*****s. I had to prove my worth. I wanted to show you can be taught, you can develop a palate, and you don’t have to be French to be a f*****g great chef.”

One could say that Ramsay had the best possible culinary education, as he trained with some of the greatest chefs in the world. In 1993, he got his big breakthrough when he became the head chef of Aubergine in London. The establishment became a two-star rated Michelin restaurant.

In 1995, Ramsay was awarded “Newcomer of the Year” at the prestigious Catey Awards. Three years later, the now well-known chef decided it was time for the next step. 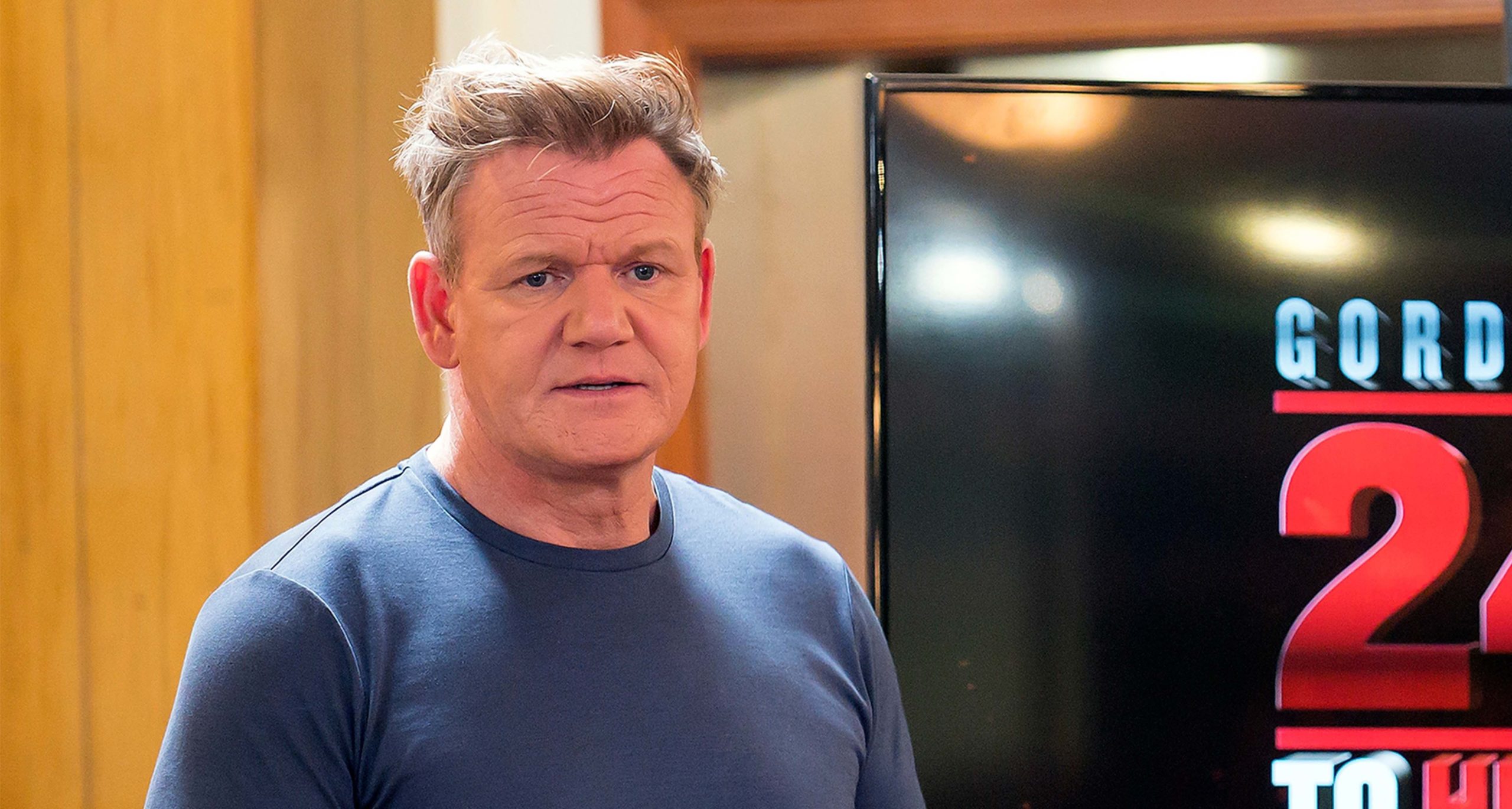 Ramsay opened up his first own restaurant, Restaurant Gordon Ramsay, in London. It turned out to be a huge success, with the restaurant eventually earning three Michelin stars.

Thanks to the success that came with his well-earned Michelin stars, Ramsay opened up several other restaurants in London and Dubai.

Since then, he’s has won plenty of awards for his restaurants. In 2006, he decided to try his luck in the US, opening up two restaurants named The London NYC in New York City. Later on, Ramsay spread his wings in South Africa, Canada, and even Australia. By this point, he was well-known due to his television appearances.

In 1996, Ramsay appeared on the BBC show Masterchef, as a member of the jury. He also appeared in the British documentary miniseries Boiling Point in 2004.

He also ran the competition Hell’s Kitchen, which later become a great success story in the US.

However, Ramsay’s Kitchen Nightmares did come in for some heavy criticism, at least when it had ended. Shortly after it was canceled, The Daily Mail reported that roughly 60 percent of all the restaurants that appeared in the show had closed.

“You don’t ask to take part in a show called Kitchen Nightmares if your restaurant business is booming, and therefore it is not surprising that many of the restaurants which Gordon has visited over the ten years are now closed,” a Ramsay spokesperson told The Daily Mail at the time. 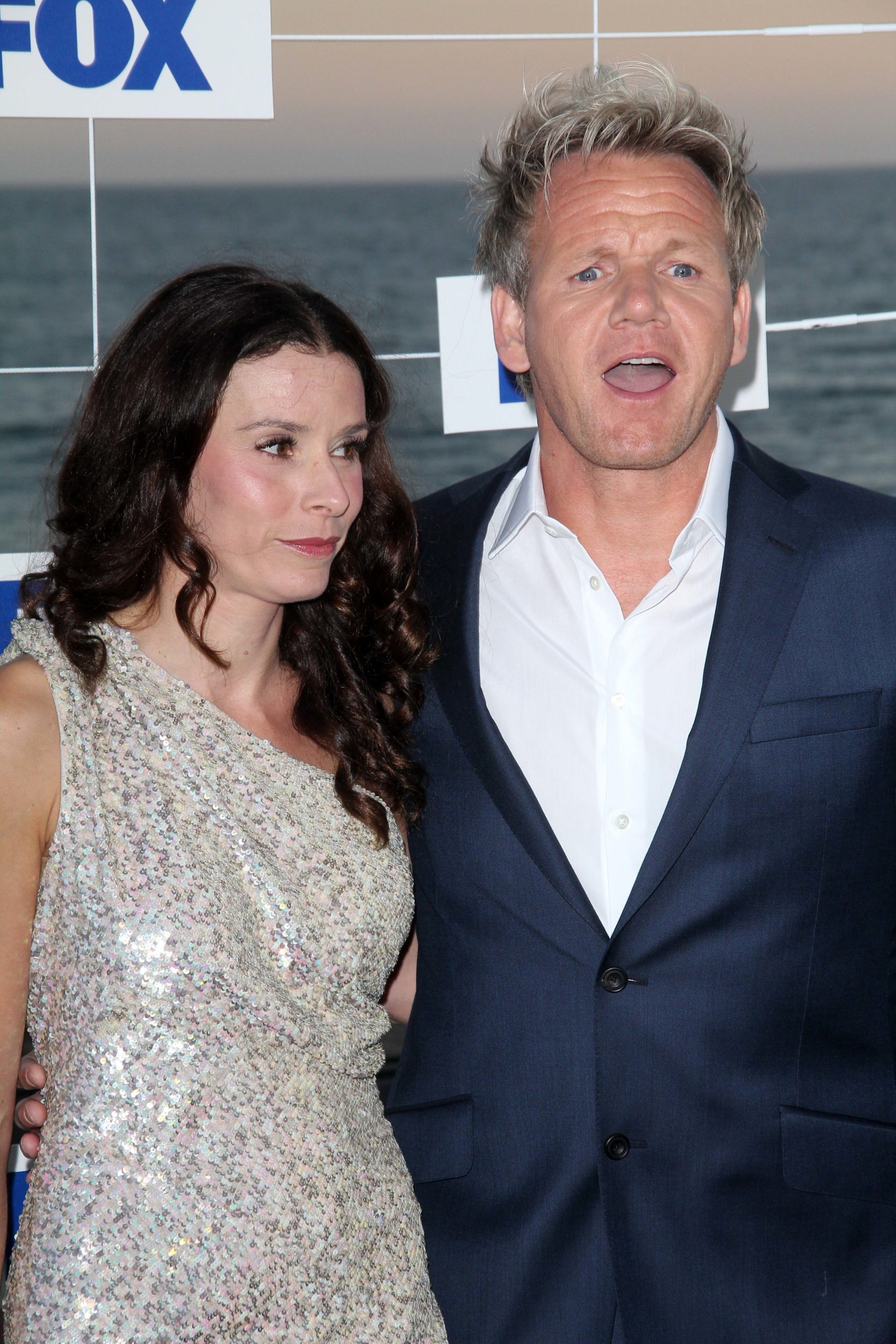 Ramsay became known as the angry chef who screamed at his employees. Though he might have been harsh on people, however, the results were excellent.

Some people have accused Ramsay of forging himself a brand out of being over the top and borderline aggressive. However, the chef himself gas argued that’s not the case at all.

“Everyone says ‘Oh, that’s for the camera!’ but I’m as passionate in business with or without a camera,” he explained.

“If you were to mic-up a sports player, a boxer, or football player and listen to the dialogue — in the Champions League Final or the Premier League or the FA Cup — it would be no different to what it’s like in the kitchen.

“Because it’s freakin’ raw, it’s brutally competitive, and we should never shy away from that level of competitiveness. That’s the one thing that’s got me where I am today — being competitive is healthy, that’s really important.”

As reality television grew to be a massive phenomenon in the mid-2000s, Ramsay decided to take a leap of faith and try his luck in the US. As a result, the show Hell’s Kitchen premiered in May of 2005. Aspiring chefs in the US could win money and get hired at one of Ramsay’s restaurants.

The success was enormous, leading Ramsay to start Kitchen Nightmares and the American production of MasterChef and Masterchef Junior.

Besides the competition itself, Ramsay became known for his trademark rants as he screamed at both staff and guests. 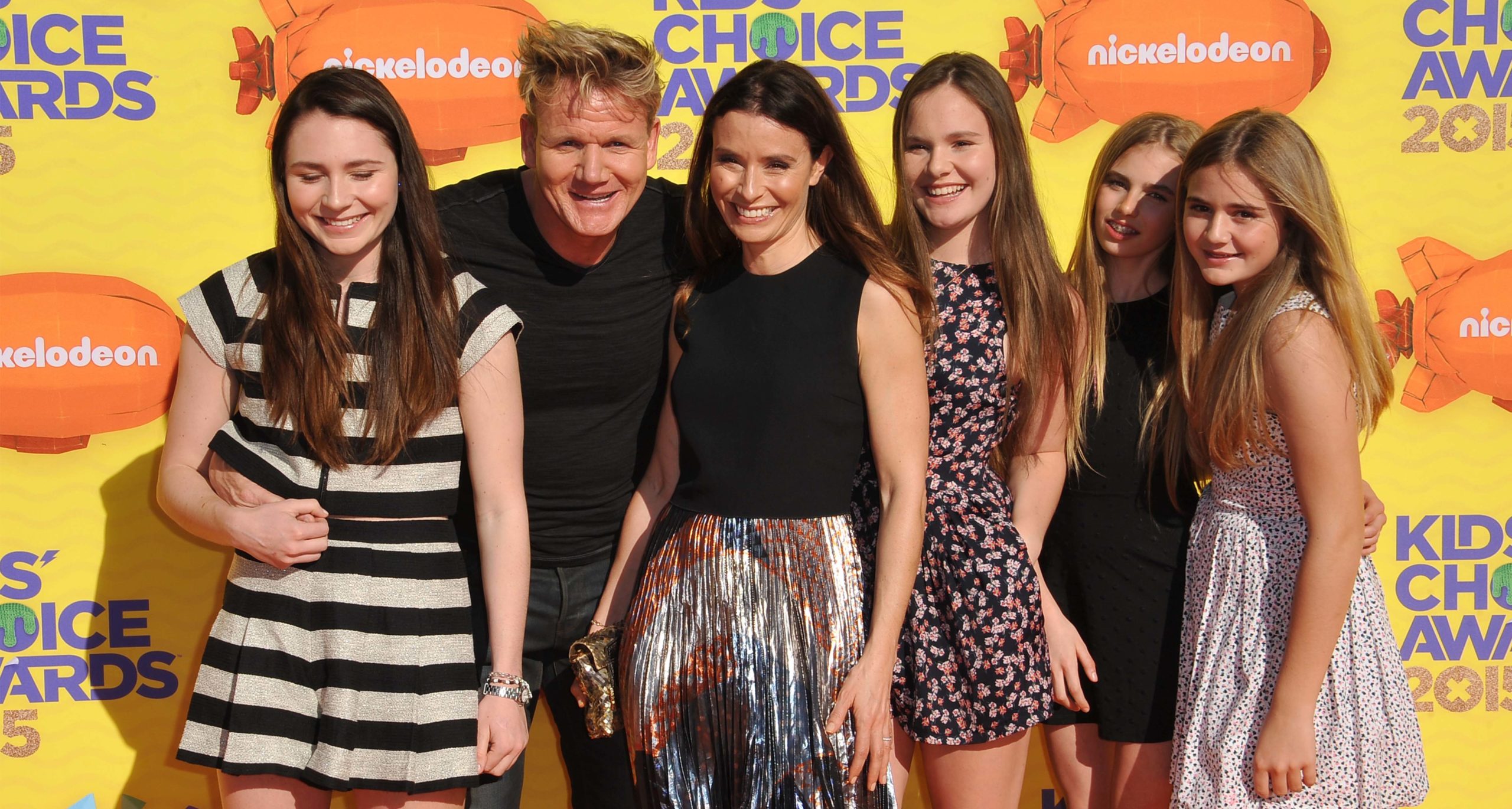 He himself has admitted that he becomes a different person in the kitchen, and isn’t half so angry outside of it.

“I was a crazy fucking psycho!” he says of his reputation. “If anyone even bruised a chive, I came down on them like a ton of bricks. It’s been tough, but am I about to crack and fall on my ar*e? Am I f**k!

“But I don’t want to continue at this pace,” he admits. “There’s a need for pressure because that’s what makes me really tick. But I’m more excited about jeopardy than pressure. The risk element, the dangerous element. There’s something quite stupid about that.”

Besides running restaurants and being a reality television superstar, Ramsay has also written more than 20 books. He was awarded Officer of the Order of the British Empire in 2006. Then, in 2014, Ramsay was inducted into the Culinary Hall of Fame.

All and all, it’s no understatement to say that Gordon Ramsay has created himself an empire. According to Bristol Post, he has an estimated fortune of around $220 million.

Ramsay’s been happily married to his wife Tana Ramsay since 1996; the couple have five children together. Megan, 23, is their the eldest, followed by twins Holly and Jack, who recently turned 21-years-old. Matilda, meanwhile, is 19, and the latest addition to the family, son Oscar, was born in April of 2019.

Though their father is a worldwide-known chef, Ramsay has explained that he would never hire his children at one of his restaurants if they chose to follow him down the same career path.

“I’m firm, I’m fair, and I will give you everything I’ve got to get you to the very top,” he said on a US radio show, quoted by Hello.

“It’s like not employing the kids. I don’t want the staff thinking, ‘it’s Ramsay’s kid; we can’t tell them off.’ You want to work in this business? You go off to another chef, learn something different and come back with something new to improve the business.”

As stated, Ramsay has become a multi-millionaire over the years – his family have three(!) homes in the UK. However, when it comes to his children, Ramsay doesn’t spoil them.

According to Amomama, Ramsay revealed in 2017 that his children get 50 pounds each week, except Megan, who got 100 pounds. His children have to figure out how to pay for their own monthly expenses, with their parents “only” putting down a 25 percent deposit for their respective apartments.

It’s essential to learn the importance of money, and if you have parents with a considerable fortune, things can be expected be easier, right? Well, in Ramsay and his wife Tana’s case, the future will hold a different something for their five children.

Ramsay once said he’s “never been turned on about the money,” which is also reflected in the way his kids have been brought up. Speaking with The Telegraph, Ramsay revealed that he’s not going to give one penny of his fortune to his kids.

“It’s definitely not going to them, and that’s not in a mean way; it’s to not spoil them,” Ramsay said.

“The only thing I’ve agreed with Tana is they get a 25 percent deposit on a flat, but not the whole flat.

“I’ve been super lucky, having that career for the last 14 years in the US. Seriously, it has earned a fortune, and I’ve been very lucky, so I respect everything I’ve got.”

He also added that he and his wife fly first class when they go on holidays, while his kids sit in economy.

“I turn left with Tana, and they turn right, and I say to the chief stewardess, ‘Make sure those little f*****s don’t come anywhere near us; I want to sleep on this plane.’ I worked my f*****g arse off to sit that close to the pilot, and you appreciate it more when you’ve grafted for it.”

Gordon Ramsay worked his way up from nothing, becoming one of the most successful chefs in the world in the process.

Please, share this article on Facebook if you also think Ramsay is entertaining to watch on the TV!