Adam Rich from from Eight is Enough today: Family, net worth, children

Eight Is Enough was definitely one of my favorite TV shows growing up – I can’t believe it’s been 44 years since its premiere. The dynamics between all of the characters made it a great family show, and it would be nice to have another comedy-drama series like that one in present day.

After all these years, it’s pretty natural that to get curious about the actors from the popular series. The other day I specifically came to think of the little boy – real name was Adam Rich – who played Nicholas.

Today, the 53-year-old Adam is a far cry, looks-wise, from that cute little character that made him famous …

There was never really any doubt as to the career path Adam Rich wanted to pursue. As a young boy, he dreamed of standing in front of the camera, so he started auditioning early in life to become a television actor. Of course, no one knew then that Adam would actually get the chance to live his dream, nor that he would later become known as “America’s little brother.” 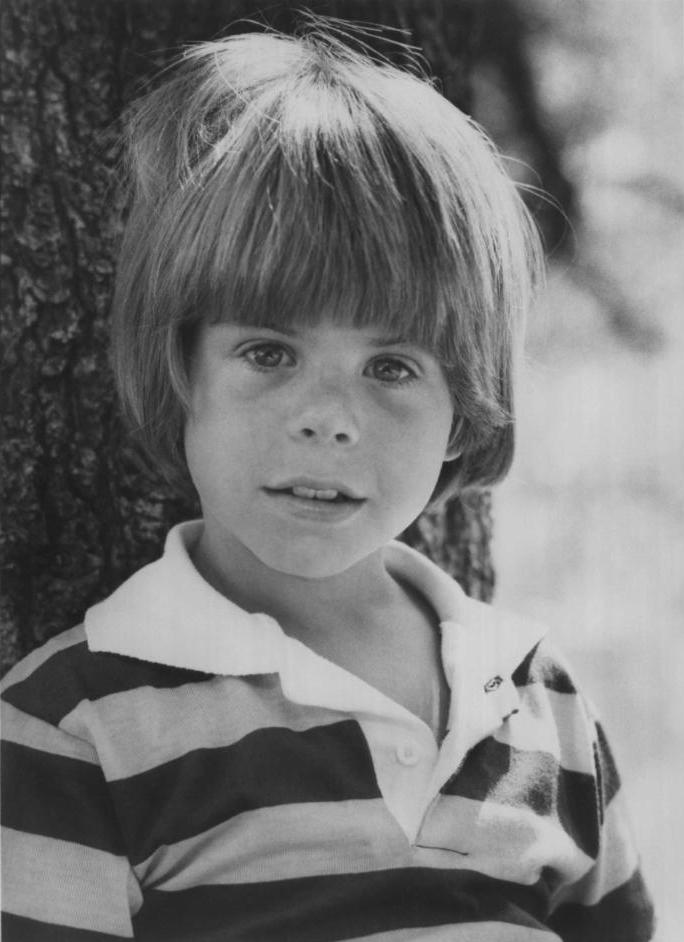 Adam Rich was born in Brooklyn, New York, on October 12 in 1968. He grew up with his parents and younger brother in Granada Hills, Los Angeles. But it was in another state that Adam learned to act. The family lived for a short time in Florida, and the local gym was a perfect place for when Adam wanted to show off his acting talents to an audience.

Adam was a very determined little kid. As a child, he has previously said that he tried to figure out a way to climb into the TV to get into the set and be part of the shows. Fortunately, Adam had encouraging parents who helped him to get into the business in a safer way (he started getting gigs, and by the time he was 9-year-old, he had done 50 commercials for big brands).

In addition to acting, Adam was very sporty and played baseball and football while growing up. He also liked drawing.

Stardom at Eight is Enough

It was in 1976, though, when Adam and his parents saw an ad from ABC, that his life would change forever. The TV company was looking for actors for their new series, “Eight is Enough.” Adam and his parents looked closely at what ABC was looking for in types of actors, and ultimately the young boy decided he wanted to try out for the part of Nicholas. 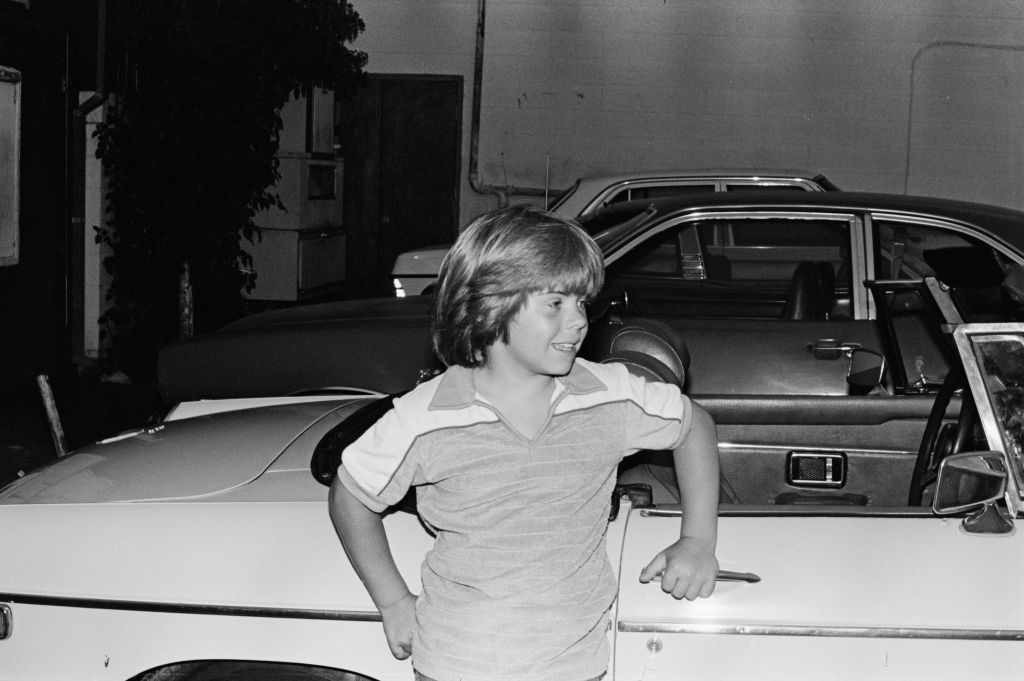 Of course, he was far from the only kid was interested in the role. There were many other young boys with acting ambitions standing in line – but Adam had an ace up his sleeve.

”Well, when I went in for an interview – you know how we always play football in the show? Well, I told them a story about when I used to play football, and I think that probably did it,” Adam told The Charlotte Observer in 1978.

The 9-year-old Adam had extensive experience in commercials, but the role of Nicholas was a new challenge for him. Before shooting Eight is Enough, he had only featured in one episode of The Six Million Dollar Man and the TV movie The City.

Famous stars in the series

Eight is Enough revolved around a family from Sacramento, California, who had eight children. The series was based on the life of newspaper editor Tom Braden, who raised eight children in real life. The show was hailed as a realistic drama series and has been labeled as one first “dramedies” in television history.

The characters often dealt with dramatic situations, though the show also contained plenty of humor – something that hit home with the audience. Many thought it was a wonderfully warm series for both adults and children, and it showed how a big family could get along, help each other and love each other. 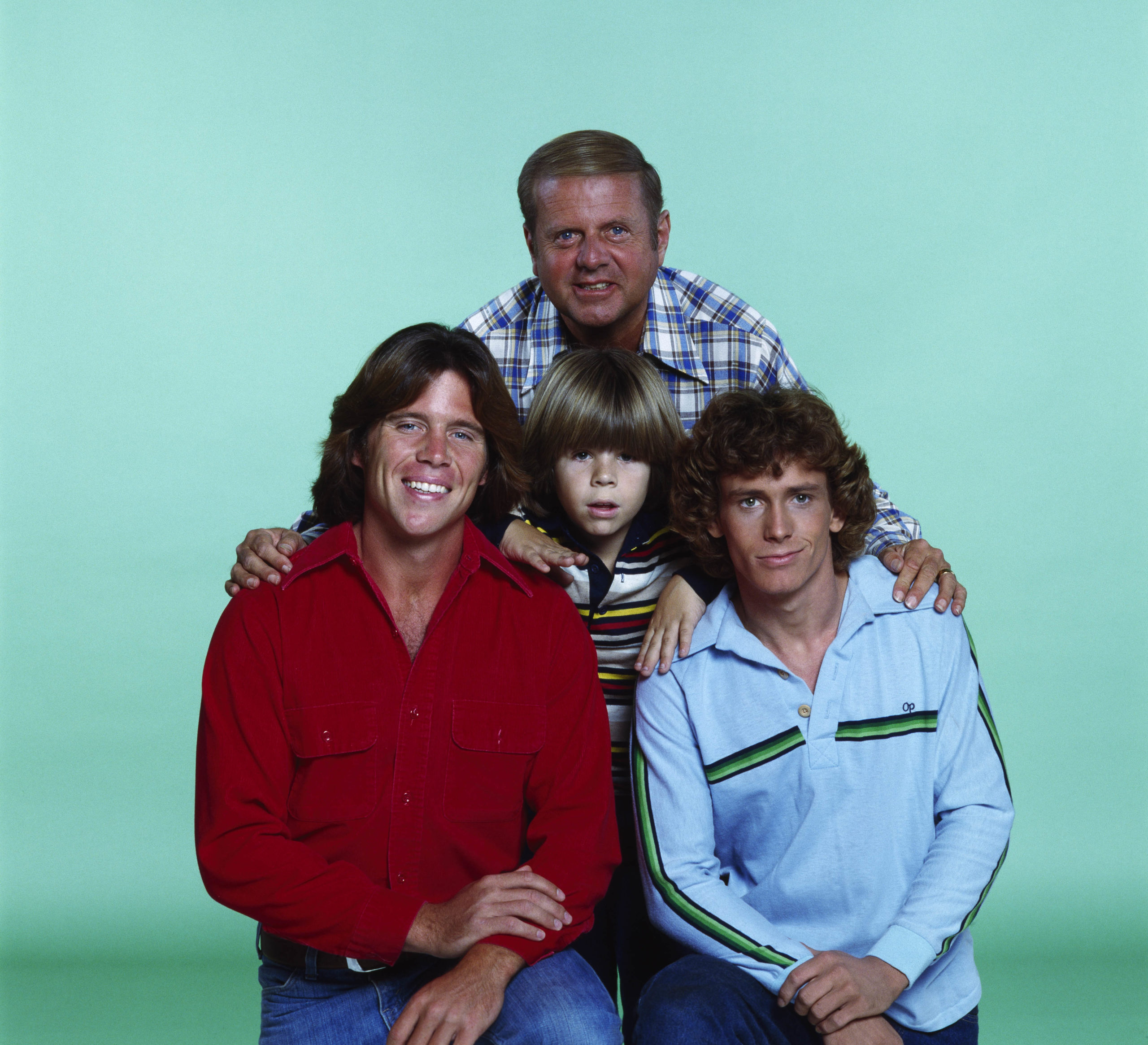 The series ran on ABC from 1977 until 1981 and yielded three megastars. Betty Buckley became a Broadway legend and is best known for starring in Cats! as Grizabella. In the pilot, Mark Hamill portrayed David Bradford. He would later be immortalized after starring as Luke Skywalker in the Star Wars trilogy. Actor Ralph Macchio, meanwhile, showed up as the character Jeremy Andretti now and then in the series. He would later be more known as the Karate Kid.

Now, Adam Rich would not reach quite the same levels with his career – but during the years at Eight is Enough, he was one of the most popular child actors in the world. With his distinctive pageboy haircut, the cute Adam charmed his way into people’s hearts, becoming known as “America’s little brother. For the young boy, it was a fantastic and fascinating world to be thrown into.

”It’s like a family. I like everybody in the cast,” the then 9-year-old Adam told The Charlotte Observer.

In the show, Nicholas was often seen doing his homework. And that wasn’t so far from reality; Adam had a hectic scheme on set.

”When I’m on my break I go to regular school. But when we’re working, I have a tutor on the set and go to ‘school’ for three hours a day,” he said.

Rich was, of course, predicted to have a big future in Hollywood. As mentioned, Adam had big dreams, and saw himself working as an actor for many decades to come. After the breakthrough in Eight is Enough, he landed roles in the short-lived TV series Code Red on ABC, and also starred in the 1983 sitcom Gun Shy on CBS.

Like many actors of his time, Adam guest-starred in some high-profile television shows during the ’80s and ’90s. For example, you could see him appear in The Love Boat, Fantasy Island, The Six Million Dollar Man, and in one episode of Baywatch in 1993. 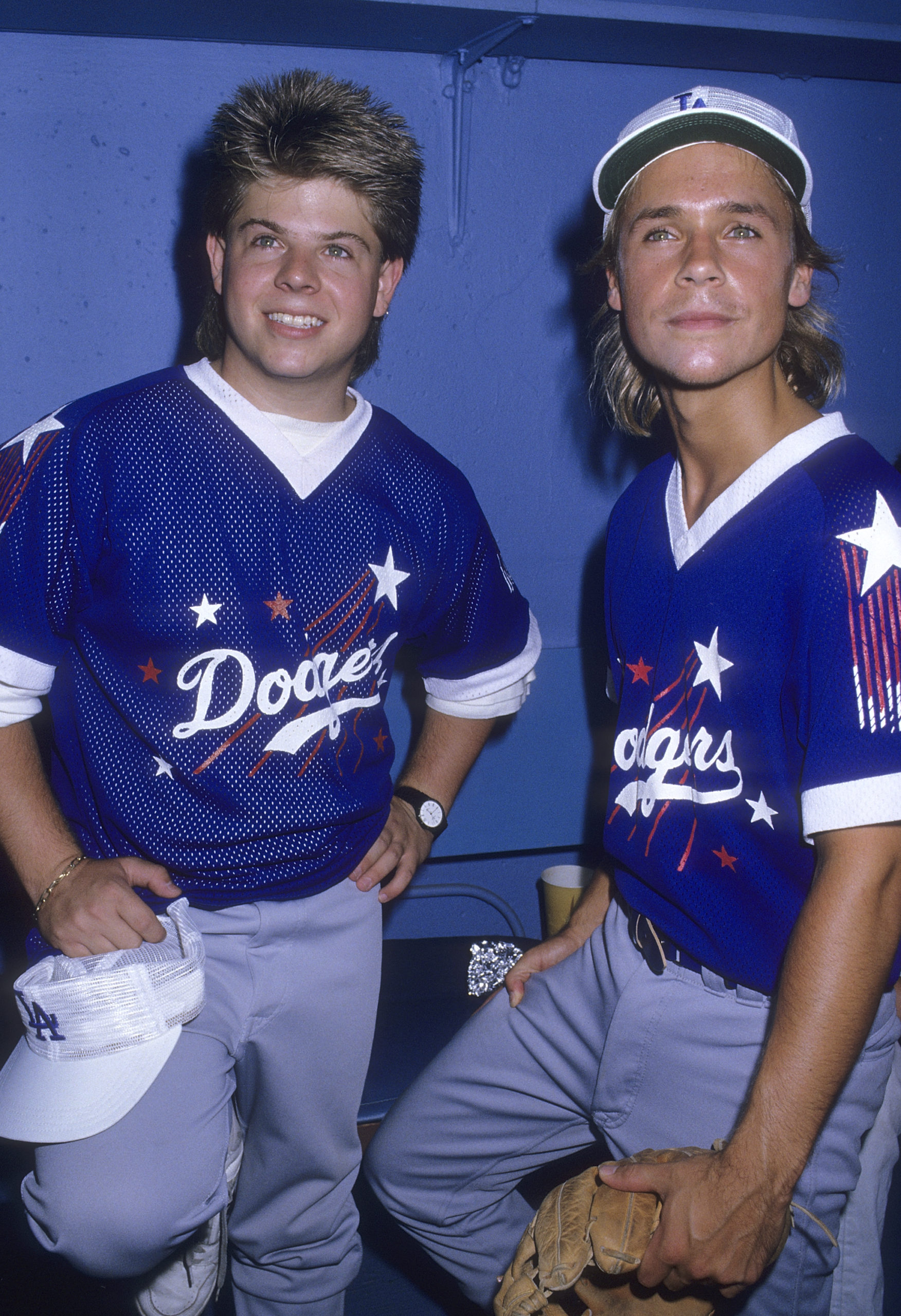 But it soon became obvious that his star had started to fade, and in 2003 he made his last appearance in front of the camera. His last movie was the comedy Dickie Roberts: Former Child Star, produced by Adam Sandler.

Like many other child actors, Adam has gone through some challenging periods in his life. At age 17, he dropped out of high school.

“I was 15 and realized I had been working most of my life,” he told the LA Daily News. “I felt like I was almost ready to retire, I was so tired.” 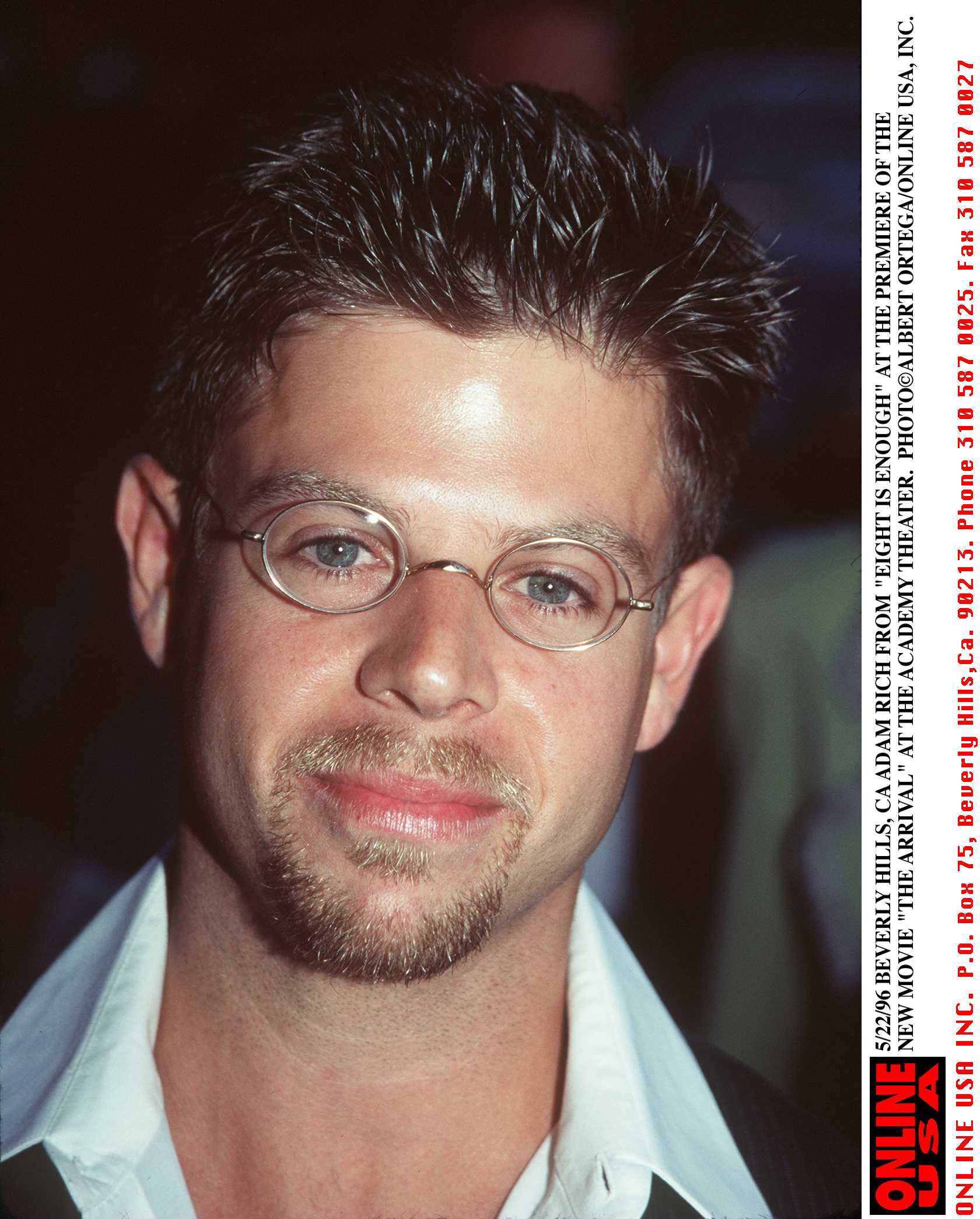 The now 53-year-old former actor has been admitted to rehab at least three times. Adam has also been involved in some controversies over the years, but mostly stayed out of the spotlight.

Several times when he got into trouble, it was his former acting colleague, Dick Van Patten, who stepped up and helped Adam.

Van Patten, who played the patriarch Tom Bradford in Eight is Enough, bailed Adam out of jail in 1991. 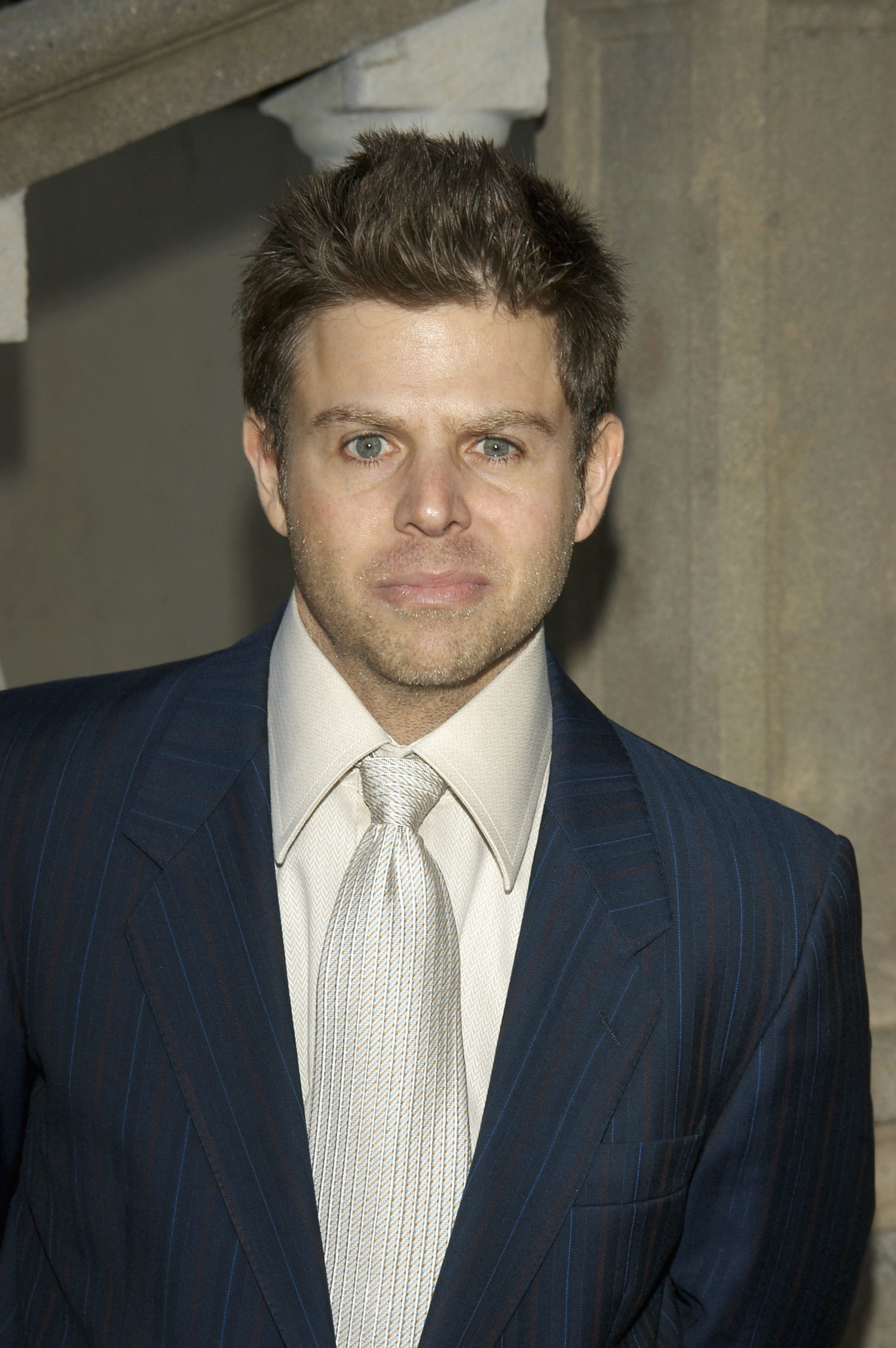 ”Adam was wildly popular (on ‘Eight is Enough), … and then he had a lot of trouble getting roles,” Van Patten said. ‘He’s short, he’s in that awkward stage where he’s not as cute as he used to be, so he’s difficult to cast.’

In 2019, Adam made a rare public appearance when he showed up on the red carpet at the Pantages Theatre in Los Angeles. Gathered together with his former colleagues from Eight Is Enough, Adam Rich attended the musical ”Hello Dolly” premiere.

Actors Jimmy Van Patten, Connie Needham, Dianne Kay, and Laurie Walters from Eight Is Enough showed up with Adam, and they all looked like they were having a good time. 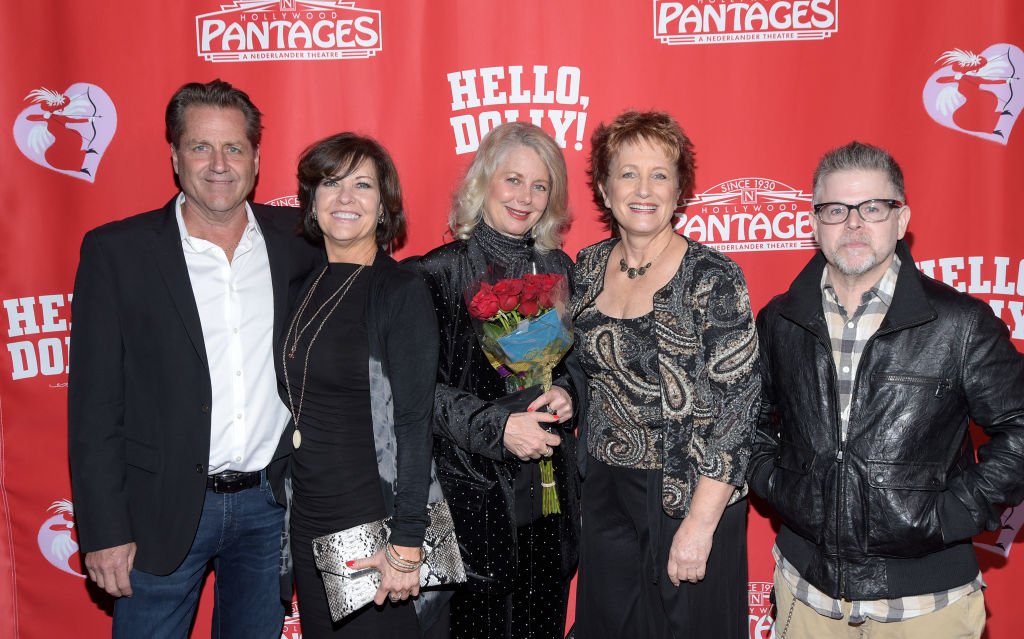 As you can see, a lot has happened since Adam played the oh-so-cute Nicholas, who popularized the bowl haircut among children in the U.S.

As of November 2021, Adam Rich’s net worth has been estimated at $1 million, according to Celebrity Net Worth. He has never married and it’s unclear if he has any children. 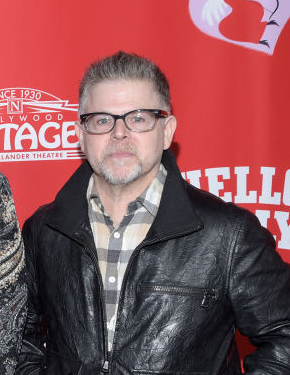 Like many famous child actors, Adam Rich has had quite a hard time after his short but intense career in Hollywood. Yet in recent pictures of him, you can definitely see traces of that beautiful little guy who charmed everyone on Eight is Enough.

Thank you for all the memories in front of the TV back when shows were clean, fun, and usually had a lesson to learn by the end of each one. Good luck in the future, Adam!

The reason why Gordon Ramsay’s children won’t get a penny of his multimillion fortune
Kyle Rittenhouse testifies at his own trial, makes admission that could change everything