Survivor host Jeff Probst has been with the contenders on empty islands for decades. The Kansas native’s life is surrounded by the now legendary reality television show, with him now going into season 41 of Survivor.

Over the years, Probst has also moved into being an executive producer, as well as becoming a writer and a bonus father. But over the course of his life, he’s also been through some tough times, involving health problems and divorce.

So how did Jeff Probst end up as the Survivor host? And will he continue doing it in the future? This is all you need to know! 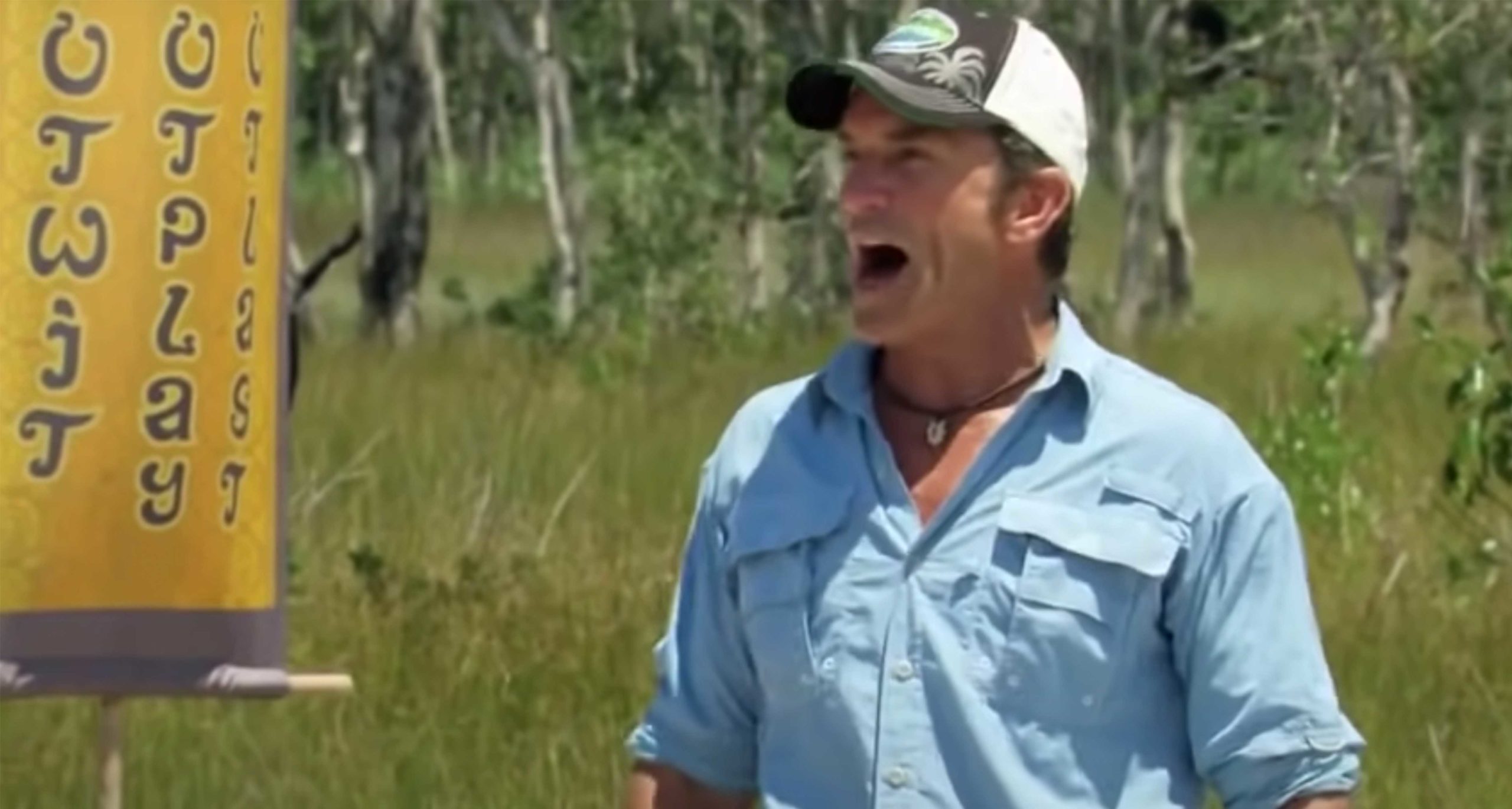 Jeff Probst didn’t think being the host of Survivor would change his life forever. In fact, when he got the job, he only thought it would last a few seasons.

But now, more than three decades later, the legendary reality television show is still going strong, and the concept has been outsourced to many countries all around the world.

Jeff Probst was born on November 4th, 1961 in Wichita, Kansas. His father, Jerry was an executive at Boeing, and his mother Barbara was a full-time mom, raising Jeff and his two younger brothers.

”My mom is a social person and I inherited that from her. She can talk to anybody and is truly interested in their story,” Jeff told Emmy’s in 2015. “I don’t think I realized that I got that from my mom until I was much older. All of a sudden all the dots connected, the national curiosity.”

”I think thet I got from my dad is to be a good person to other people,” he added, saying that his dad always helped neighbors out with stuff, no matter what time of the day it was. ”I can’t do any of those things, I didn’t get the fixing gene at all. But I feel that thing from my dad to be there for a friend if they need you. Not saying that I always achieve it, but I think that’s a quality I took from him.”

Already from a young age, Jeff was very interested in telling stories. He recalled getting a TV for Christmas. He always watched Johnny Carson on mute since his parents didn’t allow him watching past his bedtime.

When Jeff Probst was a teenager, his family moved to Seattle, Washington. And according to him, the move to Seattle changed everything. 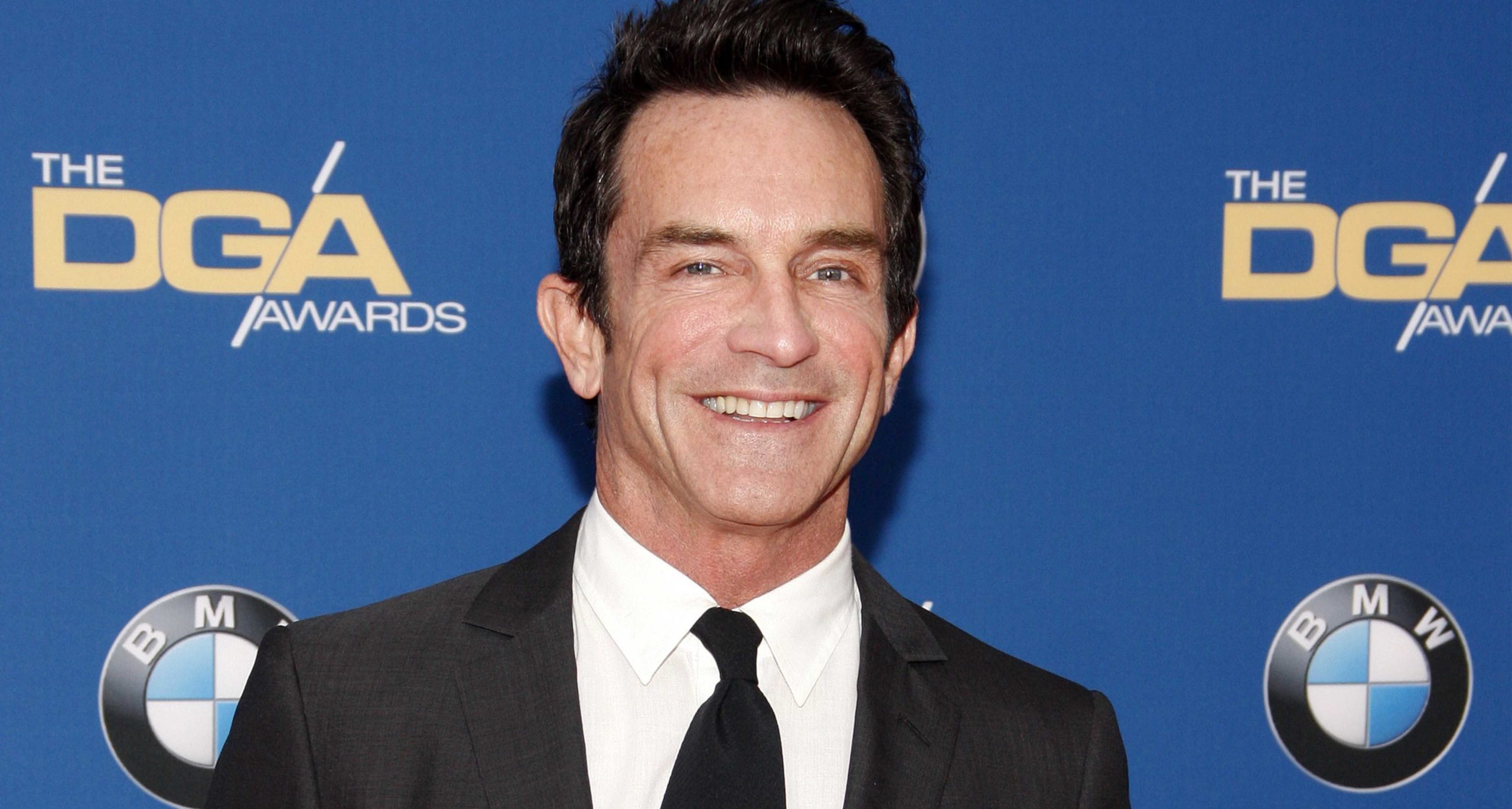 In high school, he started telling his story in a different way, producing his own short films. Later on, he joined his father at Boeing, working as a production assistant and later, hosting and producing the company’s marketing and training videos.

As Jeff became more and more successful in his profession, he started doing host gigs for free. In return, he borrowed the gear for the day, producing music videos for local Seattle acts.

Probst got his first real hosting job doing a home-and-gardening show in Seattle. He spent four years doing it, and then, it was time to do what many people in the entertainment business had done before him – move to New York.

He got a gig hosting on the FX Cable Channel, and more jobs followed with him hosting Rock N’ Roll Jeopardy as well as celebrity interviews for Access Hollywood. However, at one point Jeff felt that Access Hollywood wasn’t really a good fit. The next gig he wanted was one that he truly was passionate about – and soon after, it came true.

”I’d been up for two big game shows (Who Wants To Be A Millionaire and Winning Lines) and I didn’t get either one of them,” Probst recalled. “But in both cases I got a phone call saying ‘we really want you to understand that your skill is there but you don’t have a name, and we need a name’.”

“I hear Survivor being talked about on the radio and I was driving on the 415,” he added. “And I’m in the car and saying ‘it is a brilliant concept, I gotta get in on this’.”

Probst was the first person to meet with the show’s producer, Mark Burnett (on CBS). They had a sit-down for two hours – and at first, Jeff thought he wouldn’t get it.

Months went by without him hearing anything about the job, and Probst became desperate. He knew he was the right guy for the job, even writing fake stories about Survivor and sending them in small glass bottles to CBS executives.

In the end, he got the job, and history was made. But what would’ve happened if he didn’t get the job?

“Phil Koeghan (host of Amazing Race) and I were the final two people considered for Survivor,” Probst said. “I had worked with Phil years earlier in New York at the FX network.  So it was a fun day when we both showed up at CBS.  I ended up with Survivor and he got Amazing Race.”

“It’s obviously impossible to know what would have happened if the roles were reversed.  I can only say that I love hosting Survivor and can’t imagine it any other way.”

The locations for Survivor are exotic, remote islands, and contestants compete for a prize money of $1 million.

It was a huge success from the start, and for Jeff Probst, it changed his life. 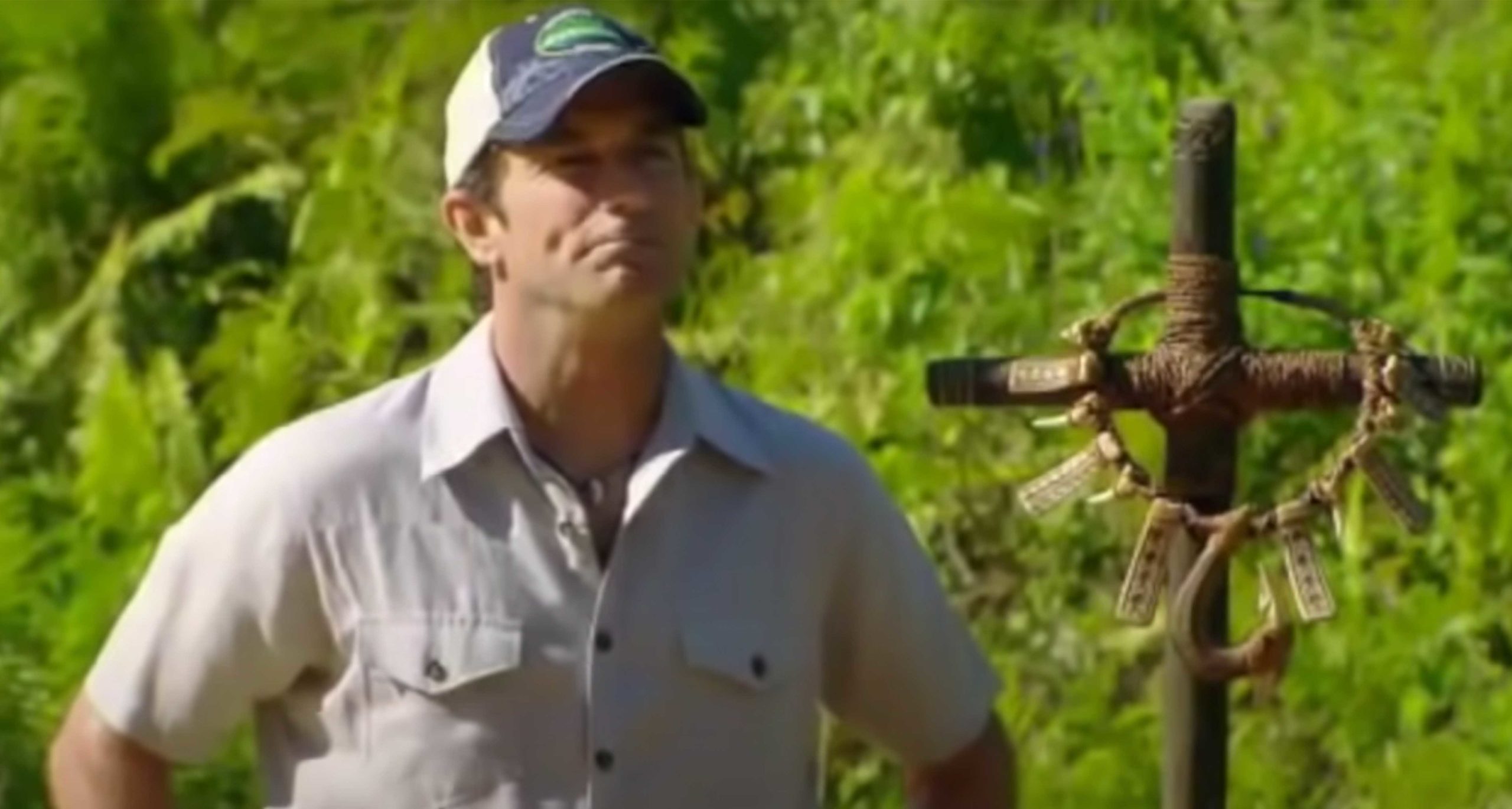 He won an Emmy for Outstanding Host for a Reality or Reality-Competition Program four years in a row (2007-2011). As of today, he’s still the host of the popular show, which has been outsourced to over 25 countries.

The program was an instant success, but the fact was that Probst wasn’t sure that Survivor would last more than three seasons.

Speaking with Entertainment Weekly in 2020 however, he now believes 50 seasons are possible.

“At this point, yes,”Probs stated. “But I don’t like the pressure being that it’s all on me. That doesn’t feel great. I want to do it because we as a group want to keep doing it and keep finding ways to reinvent it.”

Jeff Probst has proven himself to be the perfect host for Survivor. For a number of years he’s been working as an executive producer on the show as well, and together with his team of casting directors, people working with cameras, and many many others, it’s been a huge success.

But in the end, it all comes down to the cast, which according to Probst, has been the true reason why the show’s become legendary. 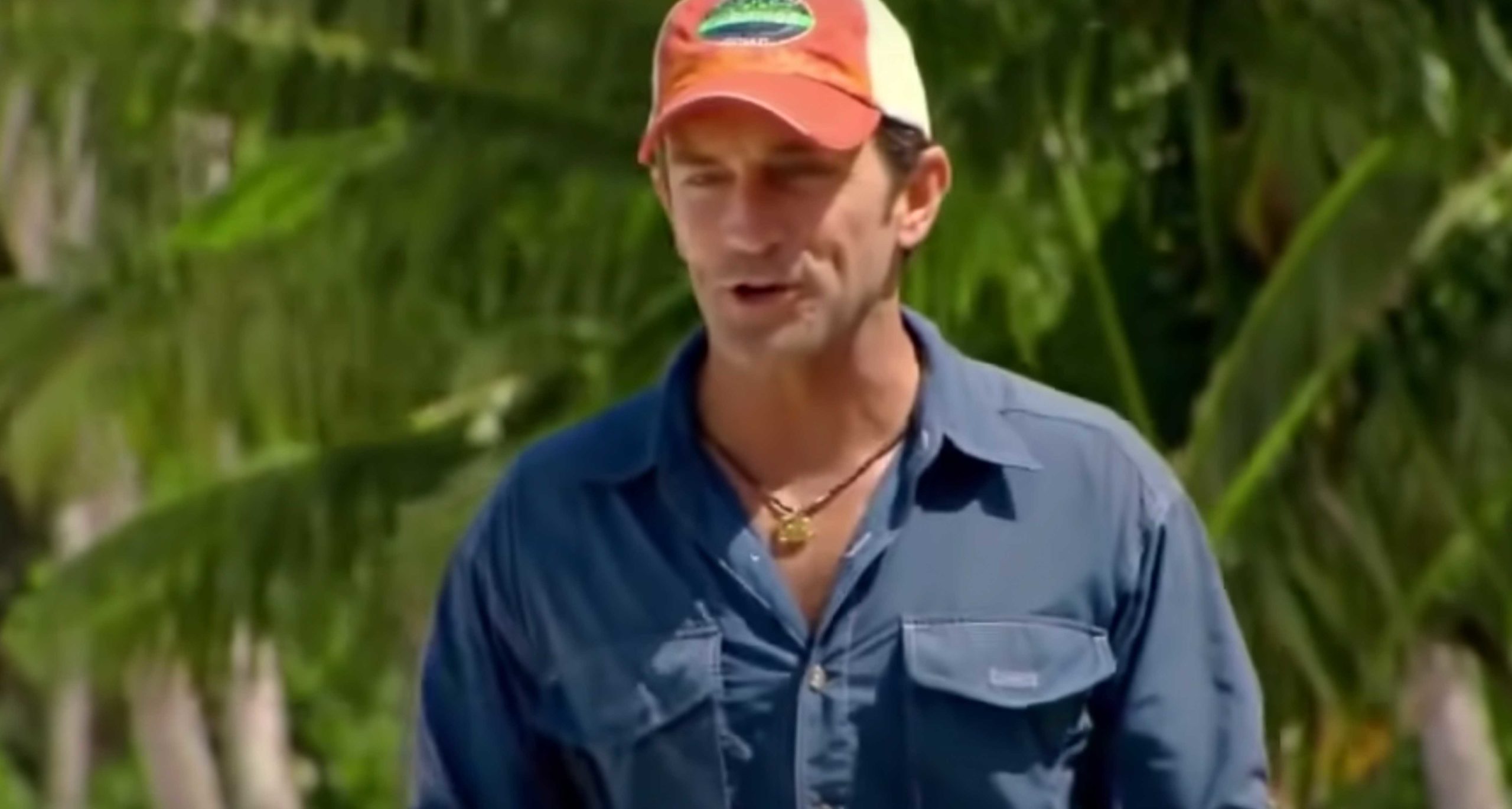 “Once we have the people and we get down to eight or nine people, we can’t control what they do. So we either have a good group of eight or nine or we don’t. And if we don’t, we’re dead,” he said. “Fortunately, our audience will hang in there [until the end of the season], but then they will tweet me and say, ‘That blew. Those last eight people blew,’”

“I love everything about ‘Survivor’”

Because of the pandemic, Survivor was put on a hold. For a while, it was unclear if the show would even continue, but now, season 41 has aired.

For Jeff Probst, and millions of people around the world, it’s been a tough couple of years. But when shooting for season 41 was set to start, he was more excited than ever before.

“I can still vividly connect to the excitement I felt as the players started boarding the barge to begin Survivor 41. It was so good to be back that I was giddy with joy. It may sound corny, but it’s the truth,” he told Entertainment Online.

I cannot recall a time when I have felt this level of excitement to launch a new season. Here’s why: The year away really reminded me how much I love everything about Survivor. I love the casting process and the game design. I love shooting the show with our crew, I love interacting with the players as they take on this giant adventure, I love the editing process and then ultimately delivering the show to the fans to see their reaction. 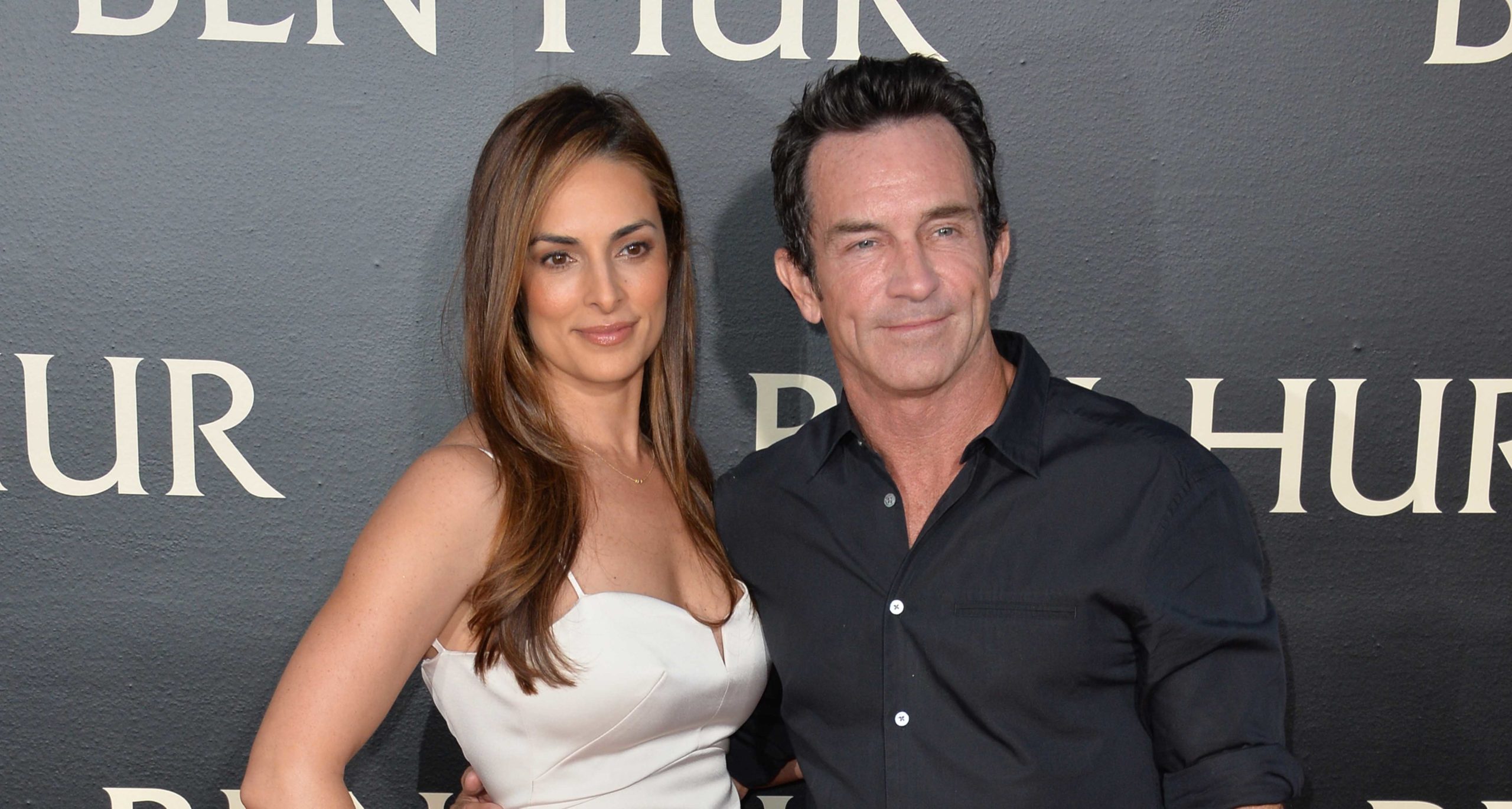 “Everywhere I looked, I saw smiles of gratitude and appreciation. We were all so happy to be back together. And then there were the players, many of whom had been scheduled to play over a year ago and then were told we couldn’t shoot. They were so pumped to get started that they were nearly levitating.”

Being on a remote island over the course of weeks isn’t necessarily good for the human body. You can contract all sorts of diseases or injure yourself, but fortunately, most cast and crew of Survivor have made it back home without any injuries or sickness.

Jeff Probst has been lucky not to suffer any illness. However, back in February of 2020, the 59-year-old went through a very scary moment which he first thought was an early sign of dementia.

On Live With Kelly & Ryan, he recalled losing his memory, not even knowing who he was. He was just about to book himself and his wife Lisa Ann Russell a trip to Las Vegas – when he forgot both his own birthday and hers.

“I couldn’t figure it out, so I texted my wife and I said, ‘Can you call me?’ And she called me and said, ‘What’s going on?’ I said, ‘Something’s wrong,’” Probst recalled.

“And then for the next two hours I have zero recollection of anything that was happening. I had no idea who I was, where I was,” he said further. 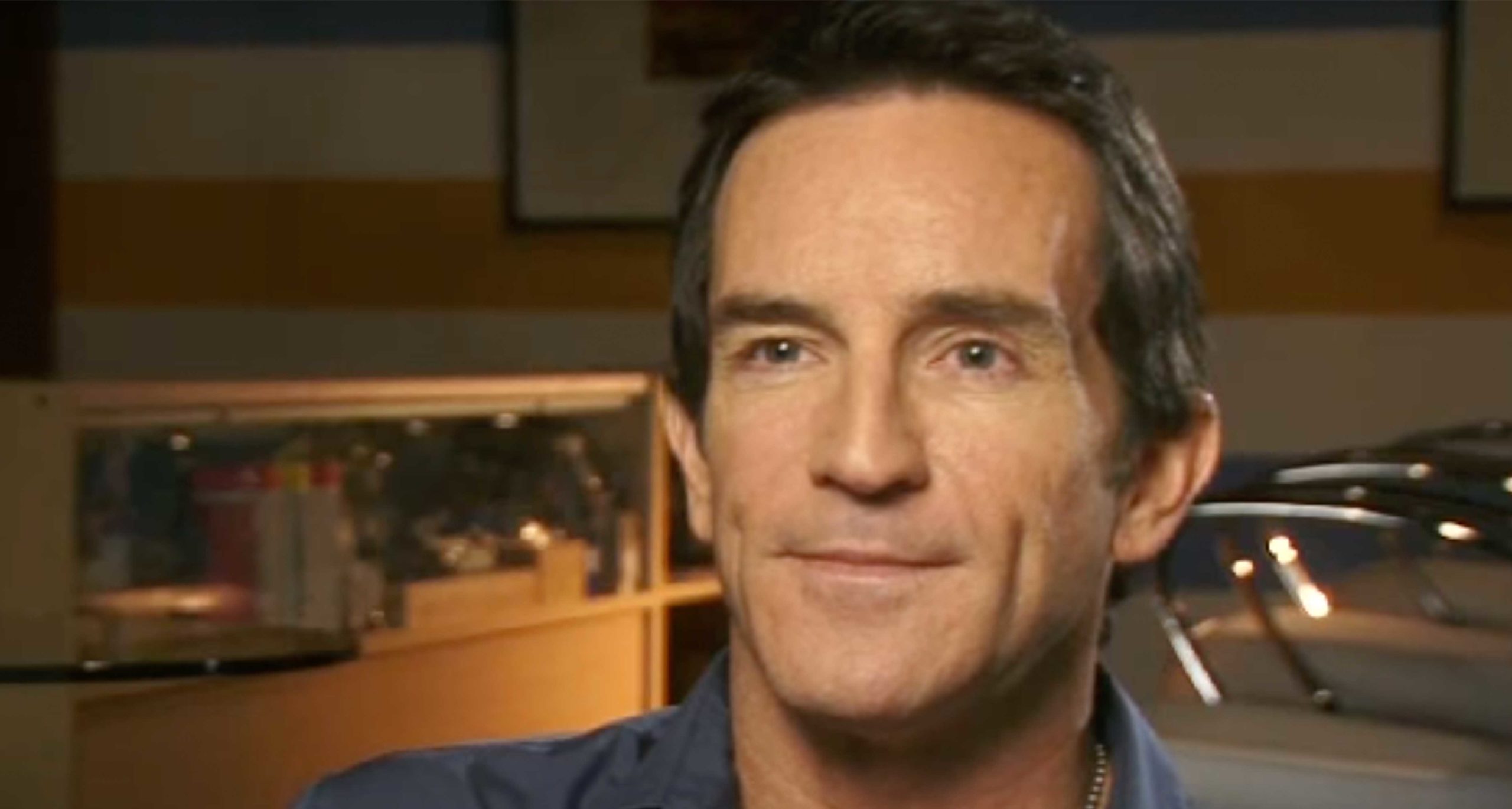 Jeff Probst felt that something was really wrong. He decided to go see a neurosurgeon the next day and underwent an MRI scan. It turned out that he was suffering from transient global amnesia, which is a rare medical condition where a person experiences sudden memory loss.

At first, Jeff Probst that it was a sign of “early dementia.” But as of today, he’scompletely fine. The scary incident was somewhat of a wakeup call, and now he appreciates quality time with his family in a different way.

“Now, more than ever I think of Fridays,” he explained. “I think of the weekend and I’m like, ‘I got one more weekend, let’s go’.”

What do you think of Survivor and Jeff Probst? Do you like him as a host, or would you like someone else to step in? Give us your opinion in the comment section.