‘She was as happy as ever’: Betty White’s assistant shares ‘one of the last’ photos of her on 100th birthday

Betty White was just two weeks short of her 100th birthday when she passed away. However, the celebrated and legendary actress lived a long and happy life, appearing in some of the most beloved productions in show business history.

After White passed away on December 31, many of her friends and colleagues celebrated her life through social media and other outlets. And on what was to be Betty White’s 100th birthday, her assistant, Kiersten, decided to pay tribute.

On Betty White’s official Facebook page, Kiersten posted a picture of the legendary actress. And according to the assistant, it’s one of the last pictures ever taken of Betty White. 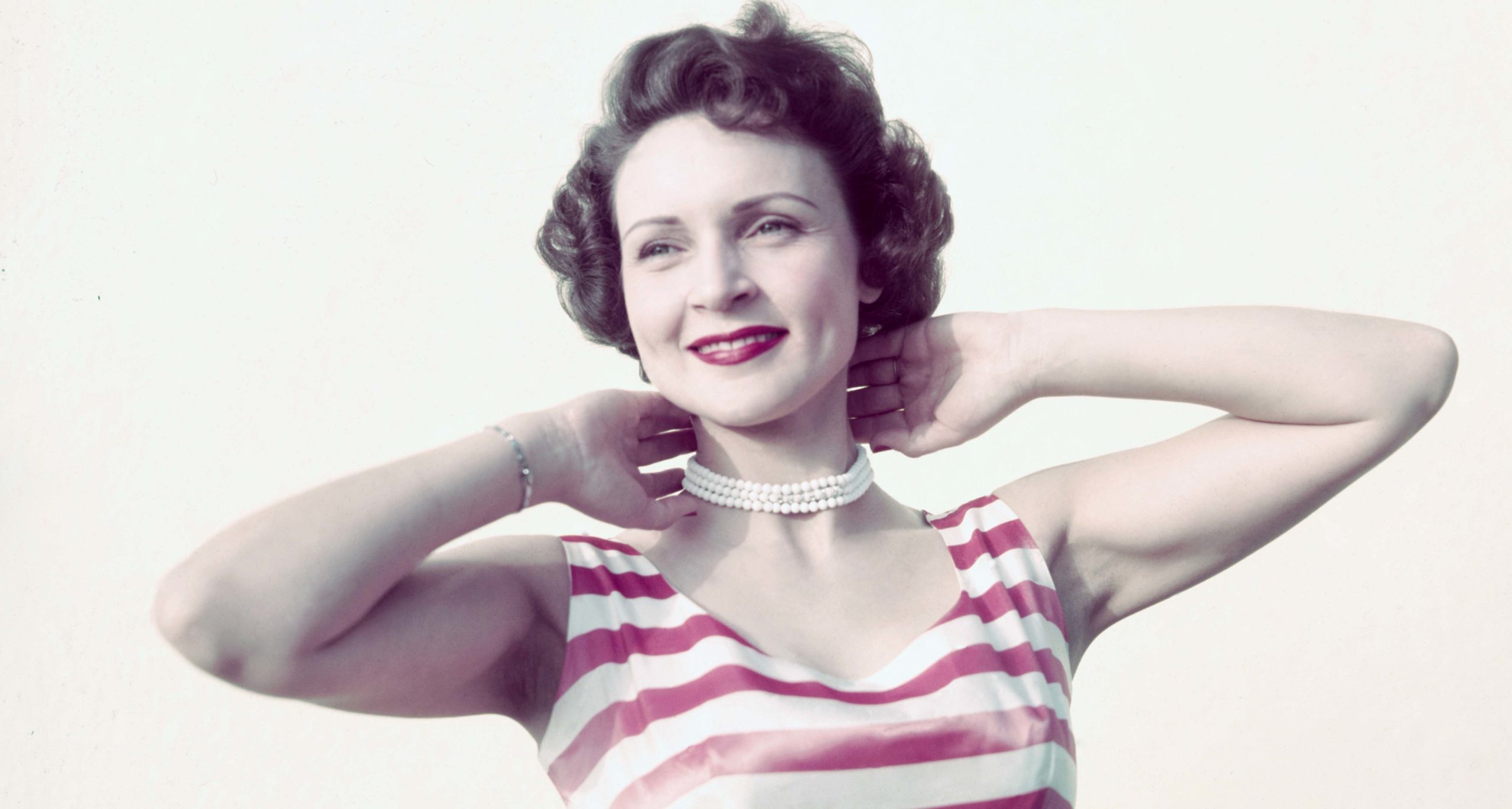 On December 31, Betty White passed away. The news shocked many fans, and now, the legendary trailblazing actress is being honored worldwide.

Her close friend and agent Jeff Witjas told People that she “died peacefully in her sleep at her home.”

“Even though Betty was about to be 100, I thought she would live forever,” Witjas told People in a statement. “I will miss her terribly, and so will the animal world that she loved so much. I don’t think Betty ever feared passing because she always wanted to be with her most beloved husband, Allen Ludden. She believed she would be with him again.”

After the news of her passing became known to the public, Hollywood paid tribute to Betty White.

Betty White lived her life to the fullest to the end. But in the last few years of her life, the actress was forced to live a life that she didn’t want. 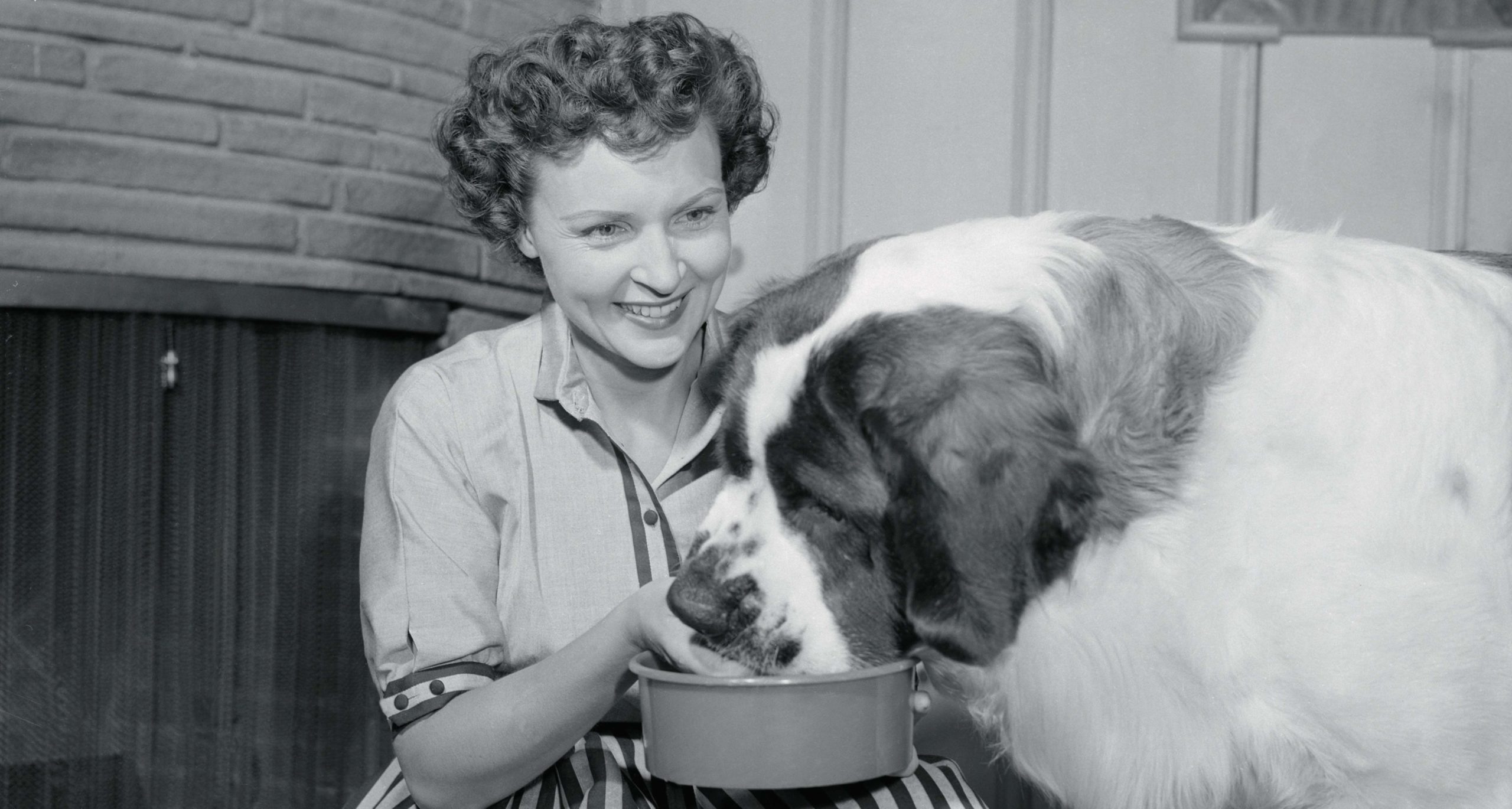 Born on January 17, 1922, in Oak Park, Illinois, Betty White was the only child of parents Horace White and Tess Curts White. The family moved to Los Angeles during the Great Depression, and as a child, White wasn’t thinking of a career in acting.

She dreamed about working as a forest ranger or a writer. However, when in high school, she fell in love with acting,

In 2010, White’s childhood dream came true as she became an honorary forest ranger, receiving the title by the U.S Forest Service during a ceremony at the Kennedy Center in Washington D.C. She was presented with both a badge and a ranger’s hat.

“In my heart, I’ve been a forest ranger all my life, but now I’m official,” Betty White said at the time.

“Whether I’ve been a legitimate forest ranger or not, I’ve been working for the cause for the last 89 years. I know this is an honorary position, but it’s also one where I can use a voice to try to protect the remaining beautiful parts of this gorgeous world we live on.”

After graduating high school, Betty White had found her true passion in acting. She first worked in radio and had her show, The Betty White Show. Not long after, she moved on to be an assistant at a local television station.

While working on local television, a sketch became White’s ticket to fame. Then, in the early 1950s, she, alongside George Tibbles, launched her first television series, Life with Elizabeth. 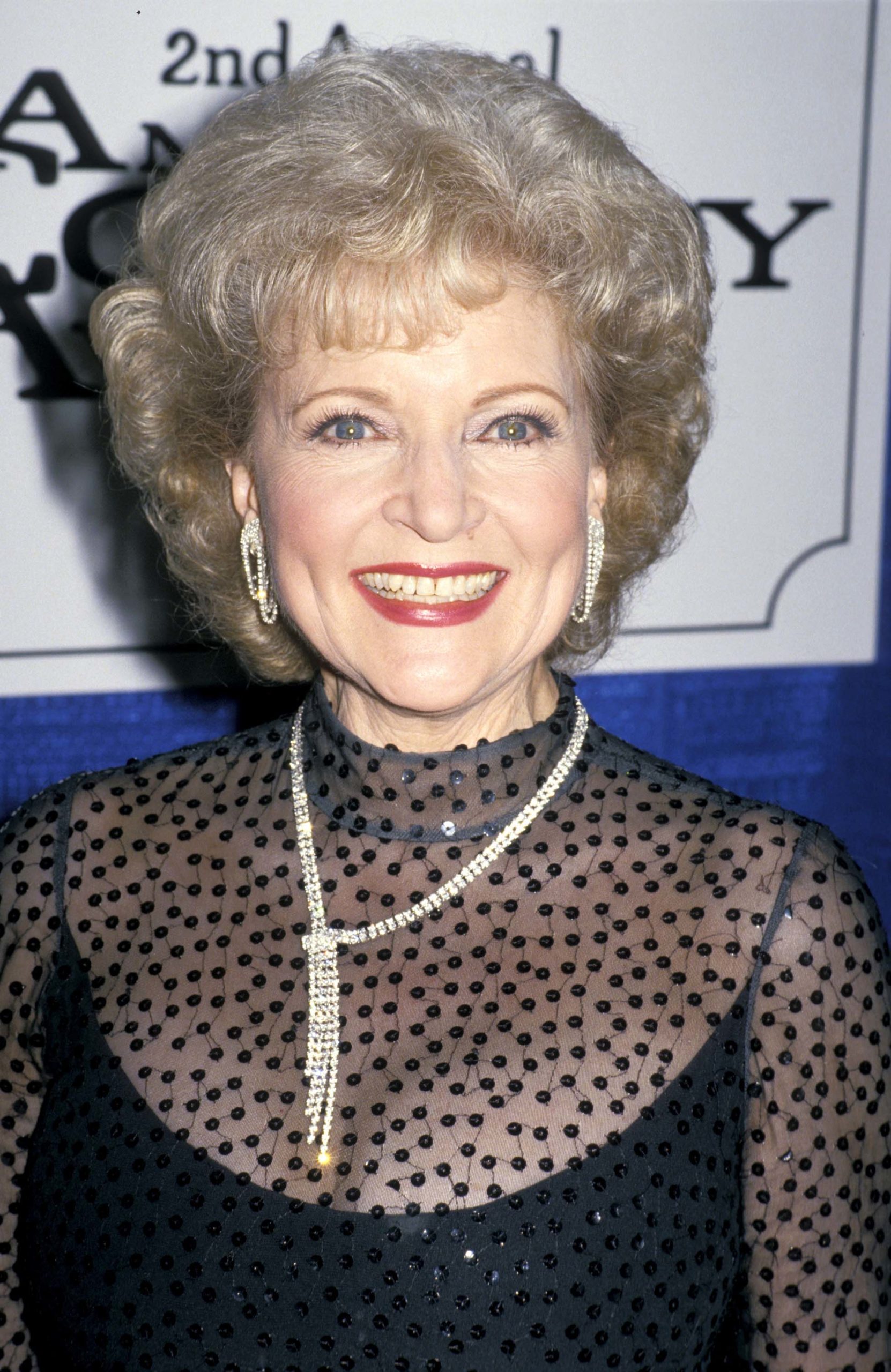 It was clear from the beginning that Betty White was a tremendous talent in Hollywood. She took over the reins of television, and in 1951, she was nominated for her first Primetime Emmy Award for Best Actress. It was groundbreaking since it was the first-ever category to recognize the achievements of women at the Emmy Awards.

Betty White co-hosted the variety show Hollywood on Television alongside Al Jarvis in 1949, and three years later, she became the only host. She spent hours and hours working on the show, six days a week for four years.

Betty White’s career in show business had just started, but as the 1950s arrived, she had already been married twice: first to Dick Barker, then to Lane Allen. Unfortunately, neither marriage lasted long, with both ending in divorce.

She met her third husband, Allen Ludden, on the game show Password in the 1960s. He was the host, and the pair immediately hit it off. Betty was cautious at the start, given her two failed marriages, but when she met Allen again on the set of a play they were both in, she knew this was the real deal, and they started dating.

Unfortunately, the two stars lived at opposite ends of the country — Betty in California and Allen in New York. Nevertheless, they maintained a long-distance relationship for a while. Eventually, Allen proposed to Betty, only for her to turn him down as she didn’t want to relocate to New York.

Despite her refusal, however, Allen refused to give up. He persisted with the proposals, and, eventually, Betty said yes.

The two tied the knot in 1963 and enjoyed successful careers while blissfully in love. Sadly, in 1981, Allen passed away from stomach cancer, and Betty never remarried. 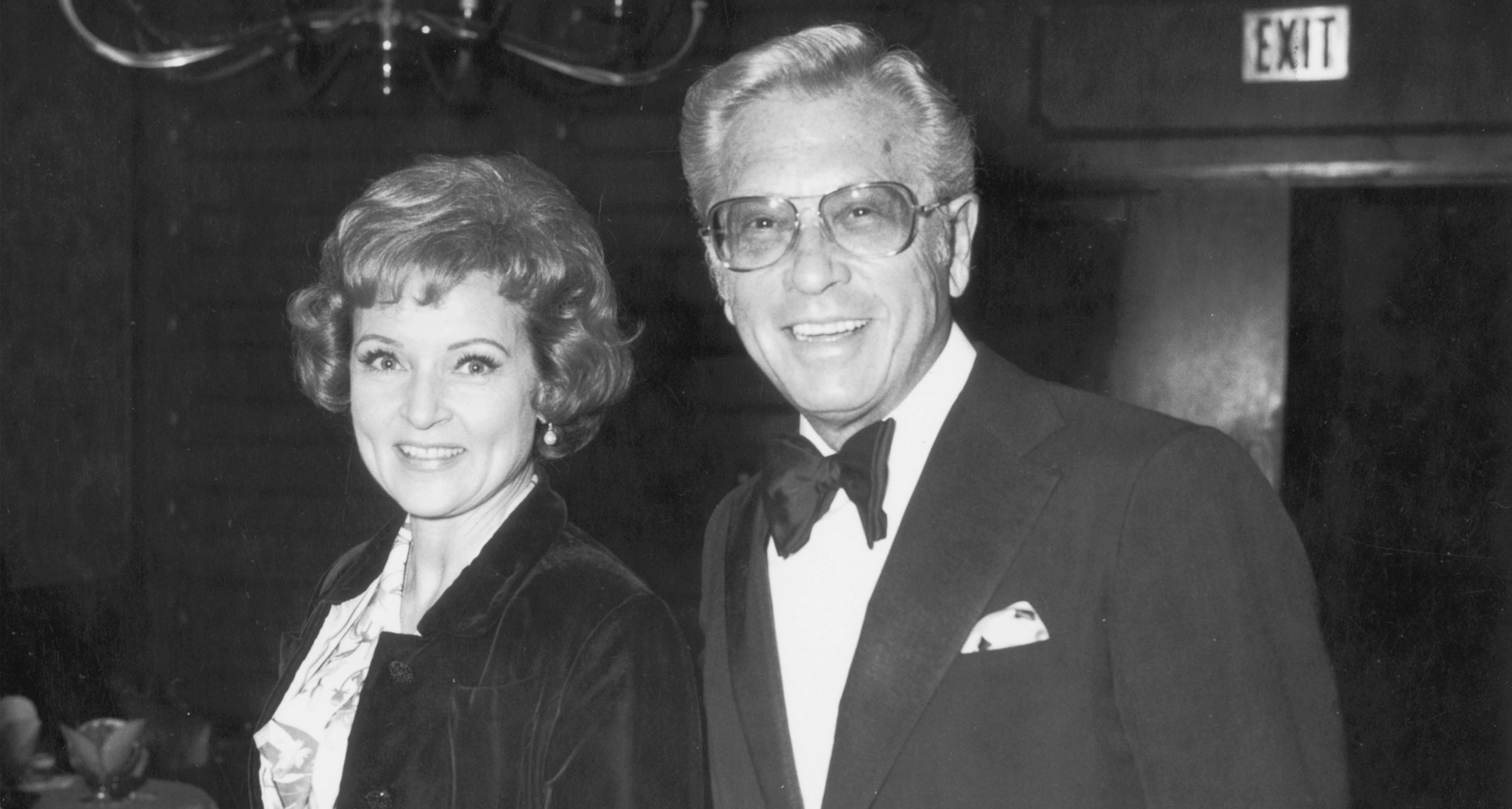 She became a proud stepmother to three stepkids, who called her “Dragon Lady.”

However, their relationship wasn’t all that great in the beginning. As reported by Closer, stepdaughter Martha had “some anger” towards Betty when her father remarried.

“Martha was young, and she deeply opposed the marriage. She was very angry at her father and made it clear she did not like Betty.”

An insider added that Allen and Martha’s father-daughter relationship was “strained from the start. However, his marriage with the White was a tipping point.

“Allen used to argue with Martha constantly over her anger towards Betty,” the source explained. “Her tumultuous relationship with her father caused him a lot of grief.”

Betty also explained why she’s had no interest in a fourth marriage: “Once you’ve had the best, who needs the rest?” 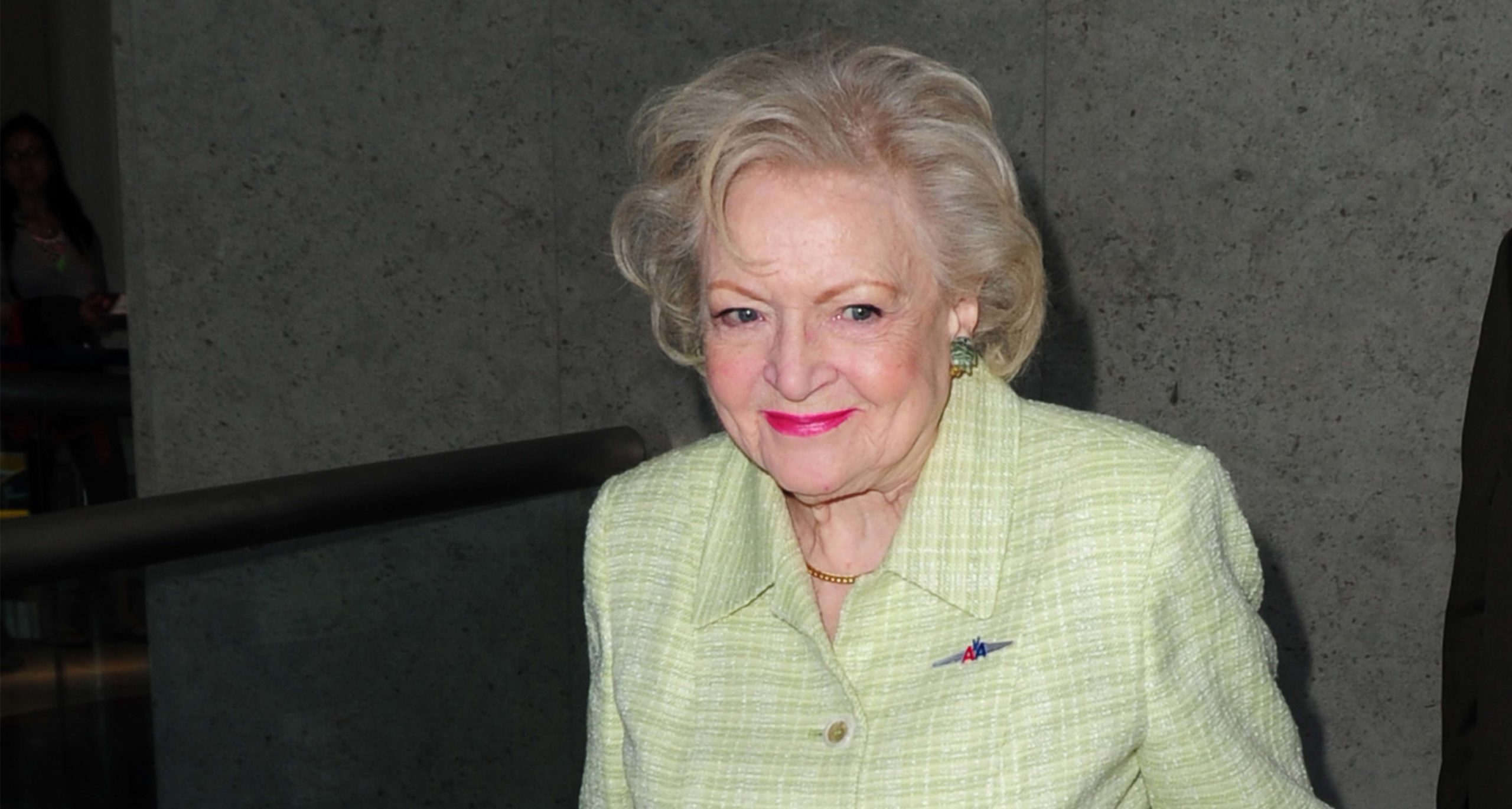 Betty White was a massive star in the sitcom category of television, and in 1973, she took the next step towards becoming a true legend.

“Nobody knew going in that The Mary Tyler Moore Show would be an all-time classic,” she said in her 1997 Television Academy interview. “In the fourth season, I got a call one week, would I do that week’s Mary Tyler Moore Show, from casting. They wanted a happy homemaker who was a sickening, icky Betty White type.”

Betty White received two Emmys for her performance on The Mary Tyler Moore Show for Outstanding Continuing Performance by a Supporting Actress in a Comedy Series two years in a row, and it sure was a special moment.

In the 1980s through the 1990s, Betty White continued to show her great talents when starring as Rose Nylund on the hit show The Golden Girls. From there, she moved on to appear in numerous television shows and films up until 2019, when she was credited with her last ever role.

After that, it seemed like nothing could stop Betty White from living the good life, and in fact, she never stopped living it either. Betty several times said that she probably needed a better diet, but in the end, she felt like it’s been a key for her long and happy life.

“You better realize how good life is while it’s happening,” she said in another interview. “Because before you know it, it will all be gone.”

Betty White did her last interview just weeks ago, saying that she looked forward to celebrating her 100th birthday. It, sadly, didn’t happen, but according to White, she was feeling great to the end. At the time of her passing, Betty White had a net worth of around $75 million.

However, the last years of her life turned out to be something she didn’t like at all. Betty White lived for many years in her oceanside house in Carmel, California, just outside Monterey, which she and her late husband Allen Ludden built in 1978. She also had a five-bedroom, six-bathroom home in Brentwood in West Los Angeles. 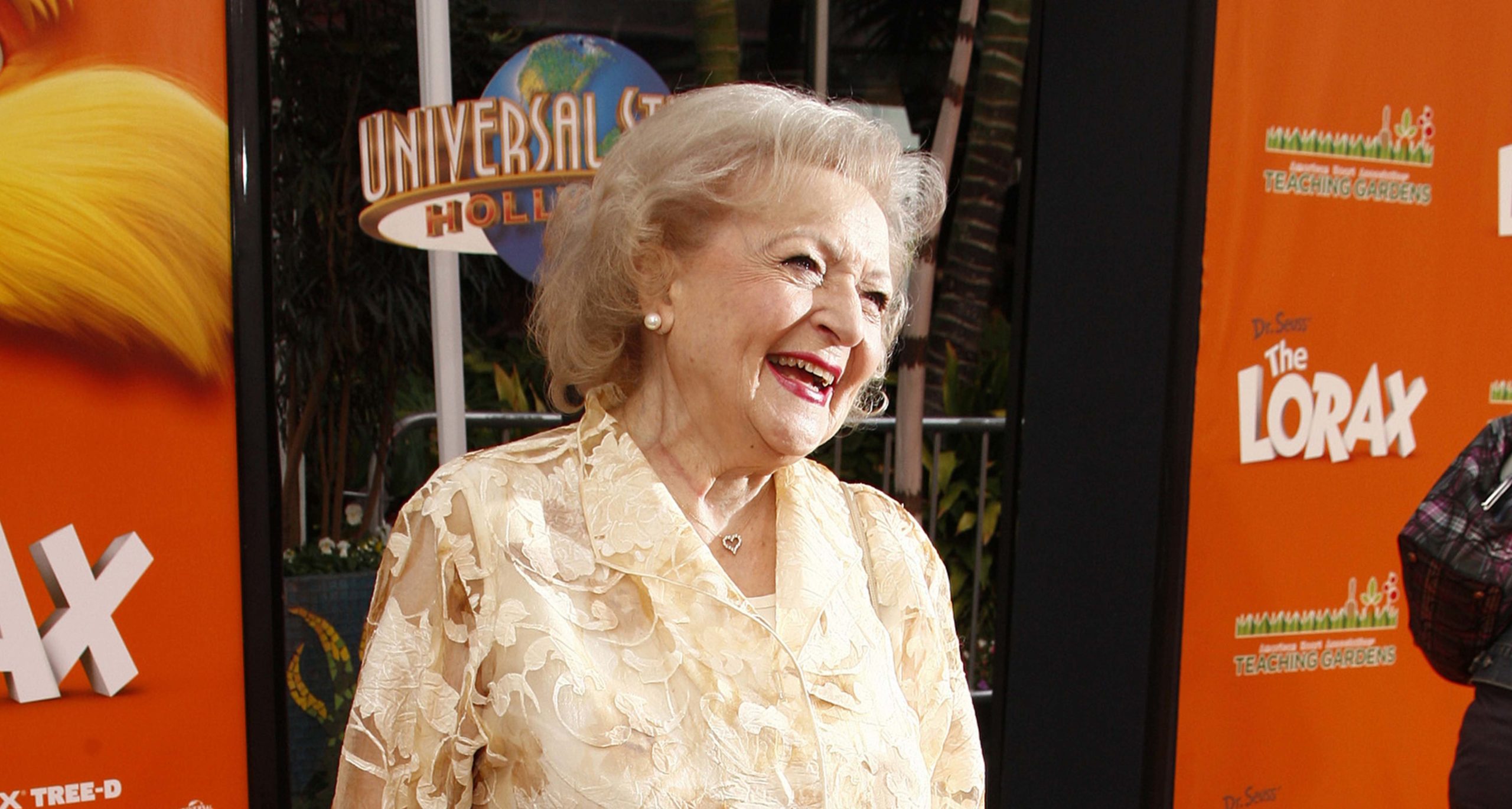 According to the New York Post, Betty White was forced against her will to leave her Carmel home in her final years. She didn’t want to live in Brentwood at all, but she had to.

Betty White was ‘forced to leave’ her Carmel home

According to the Post, White had at-home care – and her Carmel house was too inaccessible.

“She never wanted to leave her home in Carmel but was forced to for at-home care,” a source told The Post. “Los Angeles was more accessible.”

“If she had it her way, Betty would’ve lived and died in that home [in Carmel]. It’s the home she shared with her husband. It’s where she felt more comfortable.”

Just days after her passing, Betty White’s agent Jeff Witjas confirmed that the legendary actress died of natural causes in her sleep. Further, he said that Betty White wished for a private funeral ceremony.

“The arrangements are being handled privately, and that was Betty’s wish,” Witjas told People. “As in life, she never wanted people to make a fuss over her.” 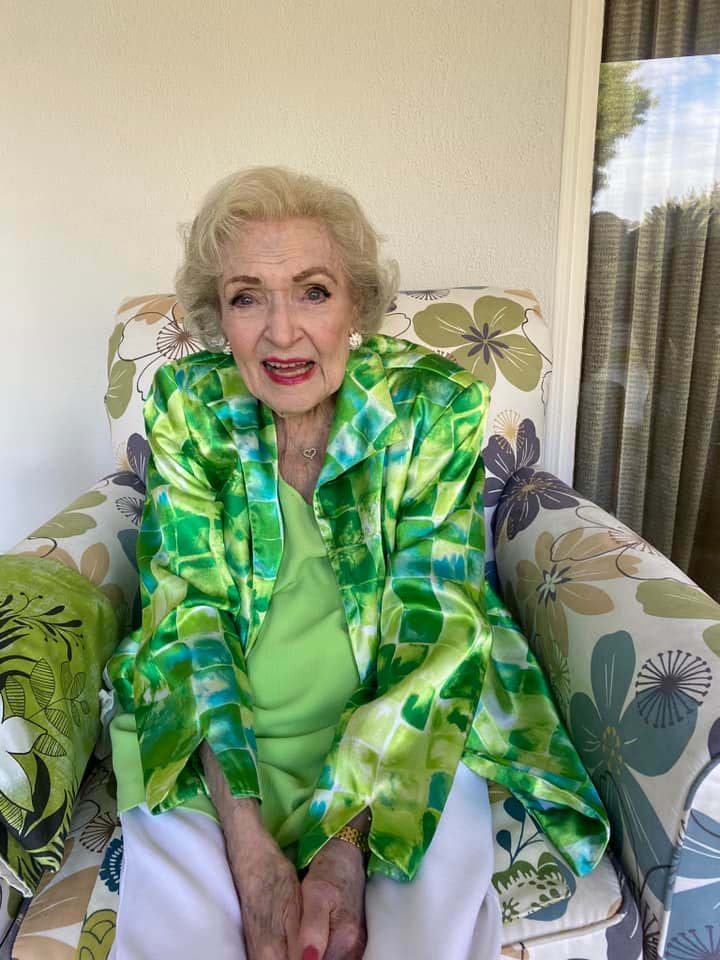 Betty White passed away only weeks short of her 100th birthday, which would’ve been on January 17.

The special day had many of her friends celebrating her life, with several celebrities sharing their greetings to White through social media. One of whom was Betty White’s assistant, Kiersten. Through White’s Facebook page, she wrote a wonderful tribute – alongside one of the last photos taken of the Hollywood star.

“Hello Everyone! It’s Kiersten. Betty’s Assistant. On this special day, I wanted to share this photo of Betty. It was taken on 12/20/21,” Kirsten wrote.

“I believe it’s one of the last photos of her. She was radiant and beautiful and as happy as ever. Thanks to all of you who are doing kind things today and every day to make the world a better place.”

The photo Betty White’s assistant, Kirsten, posted of the legendary actress sure reveals one thing; that Betty was happy and full of life until the very end.