According to a statement on his band’s Instagram page, Patrick Haggerty, the pioneer largely considered as the first openly gay country musician, passed away on Monday while being surrounded by his partner and children. He was 78.

“This morning, a great soul left us. Pat Haggerty, rest in peace. After having a stroke a few weeks earlier, he was able to spend his last days at home with his children and longtime partner, JB. Love and unity,” the declaration states. 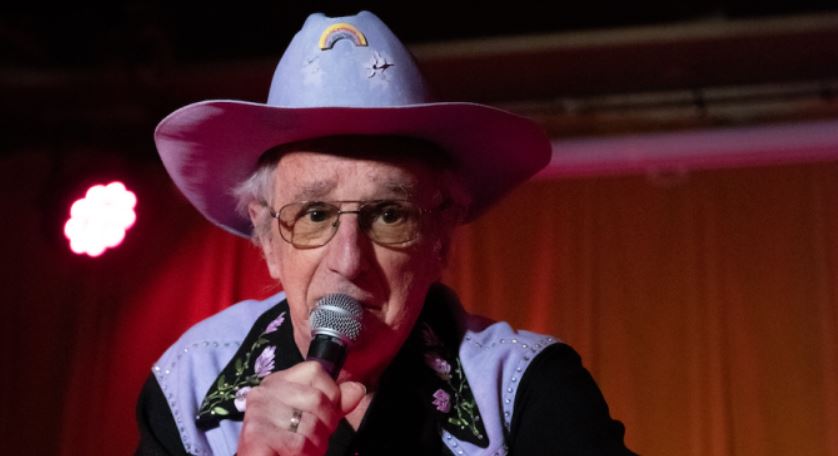 The group’s name and debut album were both Lavender Country. The first known gay-themed album in country music history is the self-titled 1973 record, according to Journal of Country Music.

It featured songs like “Cryin’ These C*cks***ing Tears” and “Come Out Singing,” and was produced and distributed by Seattle’s Gay Community Social Services. For the initial release, only 1,000 copies of the record were made. 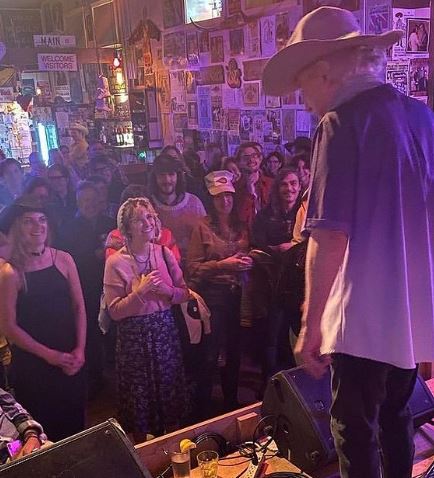 Haggerty, keyboardist Michael Carr, vocalist and fiddler Eve Morris, and guitarist Robert Hammerstrom were the group’s founding members. Only two studio albums were produced by the group, the second of which was Blackberry Rose in 2022.

Although the band’s lineup changed throughout the years, Haggerty remained the frontman. The band played the inaugural Seattle Pride in 1974, as well as a number of other pride and LGBT events across the West. They separated in 1976.

A well-known article on gay country musicians reignited interest in Lavender Country, which led to a temporary reunion in 2000. In the same year, the group released Lavender Country Revisited, a five-song EP that included two new songs and rerecordings of songs from the band’s debut album.

He was also the focus of the 2016 SXSW documentary short These C*cksucking Tears, which was directed by Dan Taberski.

“Realizing that my anti-fascist work and my art got to be merged into the same me is actually rather amazing. I’ve come full circle. My life’s work allows me to perform on stage as a screamy Marxist swine while using all of my artistic talent and ham-fistedness. I am allowed to be who I truly am.”

The following is the announcement made Tuesday on the Facebook page for Paradise of Bachelors:

“We are devastated to announce the passing at home this morning of Patrick Haggerty, the visionary composer, fearless campaigner, and irrepressible raconteur of Lavender Country. He was surrounded by loved ones.”

Patrick attained the well-deserved acclaim that had avoided him for years when we worked with him to publish and tell the story of his 1973 album, which is widely recognized as the first openly gay country record ever issued. “But for us, he was more than just a hero; he was also a friend, an example to follow, a teammate, and a father figure for us and our families. Spending time with him was always an adventure because of his humor.”

There are countless people who can say that Patrick transformed their lives, and I am only one of them. We both had no idea where it would take us when I first cold-called him in 2013, which was almost exactly nine years ago today.

Patrick was performing occasionally at nursing homes at the time, and he believed that Lavender Country was a thing of the past. At the time, music was primarily a private hobby for him.

Patrick and JB watched my kid, whom I had just welcomed into the world, grow up while they were on tour and from a distance, showering him with presents and love.

His songs and his example—as a musician, activist, and father—as a person navigating the world, battling cruelty and bigotry, and striving to raise a righteous voice for love—continue to motivate me. I hope they do the same for you.

Patrick was never short on stories or words, but to me, his exceptional father’s two guiding principles—”Don’t sneak”—sum up much of what he stood for.

I send my love to everyone who cherished him as we did.

While walking around the park, she noticed her son holding this plant. She became anxious and immediately went to the doctor.
Singer Aaron Carter, 34, was discovered dead.