Patrick Duffy won the hearts of millions through starring as Bobby Ewing in Dallas. Then, after eight seasons, the actor suddenly disappeared, to the disappointment of many viewers – only to return one season later.

Since then, Duffy has reached tremendous heights of fame, while also creating a lovely family. Yet though his career has gone ever upwards, the 72-year-old suffered an immense tragedy when his wife, Carlyn, passed away in 2017.

Today, Patrick still considers him married, and will continue do so for the rest of his life. That said, he’s found love again, if reports are to be believed.

Here’s all you need to know about Patrick Duffy – and his blossoming romance with 66-year old actress and singer Linda Purl. 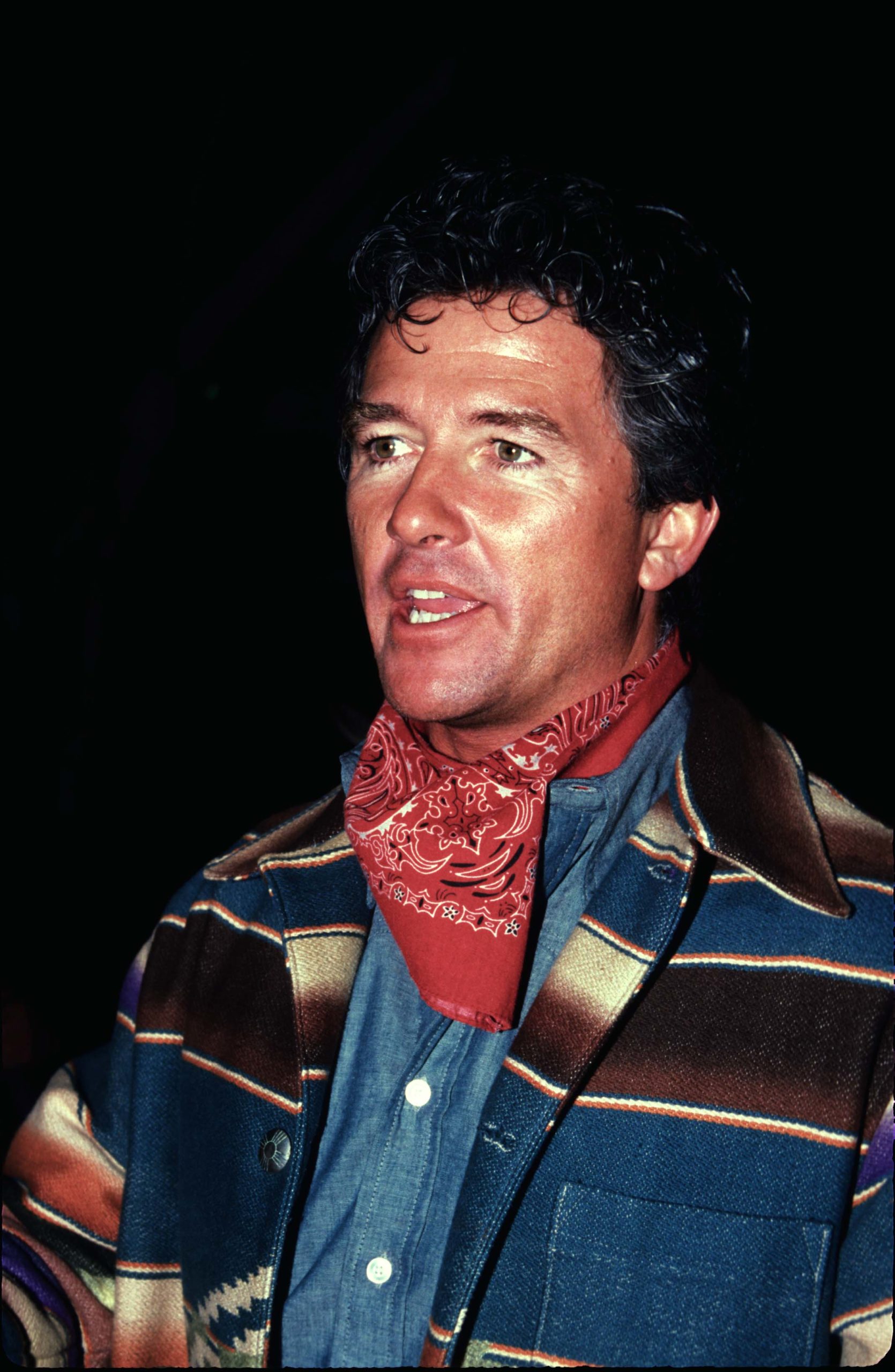 Patrick Duffy was born on March 17, 1949 in Townsend, Montana. His parents owned and ran a tavern in the small Montana town of Boulder. His early days were apparently quite challenging, with his parents struggling to put food on the table.

Duffy’s passion for acting started in high school. He loved putting on a show through entertainment, and it became a hobby of his. Initially, Patrick had set his sights on an entirely different career, however, until his teacher changed his mind.

“I was going to be an architect, and I had a certain capability for it. But my high school drama teacher said, ‘There are people making a living at what you’re having fun after school doing,’” Duffy told Smashing Interviews Magazine.

“She wrote a letter of recommendation, and I got into a special program. From that moment on, I considered myself an actor.”

Patrick enrolled at the University of Washington. According to Duffy’s website, it was the first undergraduate professional school for actors at any significant U.S university. To get into the program’s second year, he had to audition. Over 1,200 people auditioned for the program – Duffy was one of only 12 selected. After studying drama for a total four years, he graduated in 1971 and went straight to work.

Duffy worked as an Artist-in-Residence for Washington, performing with symphonies, opera, and ballet companies. Not only did it become an essential job – but it would eventually change Duffy’s life forever. 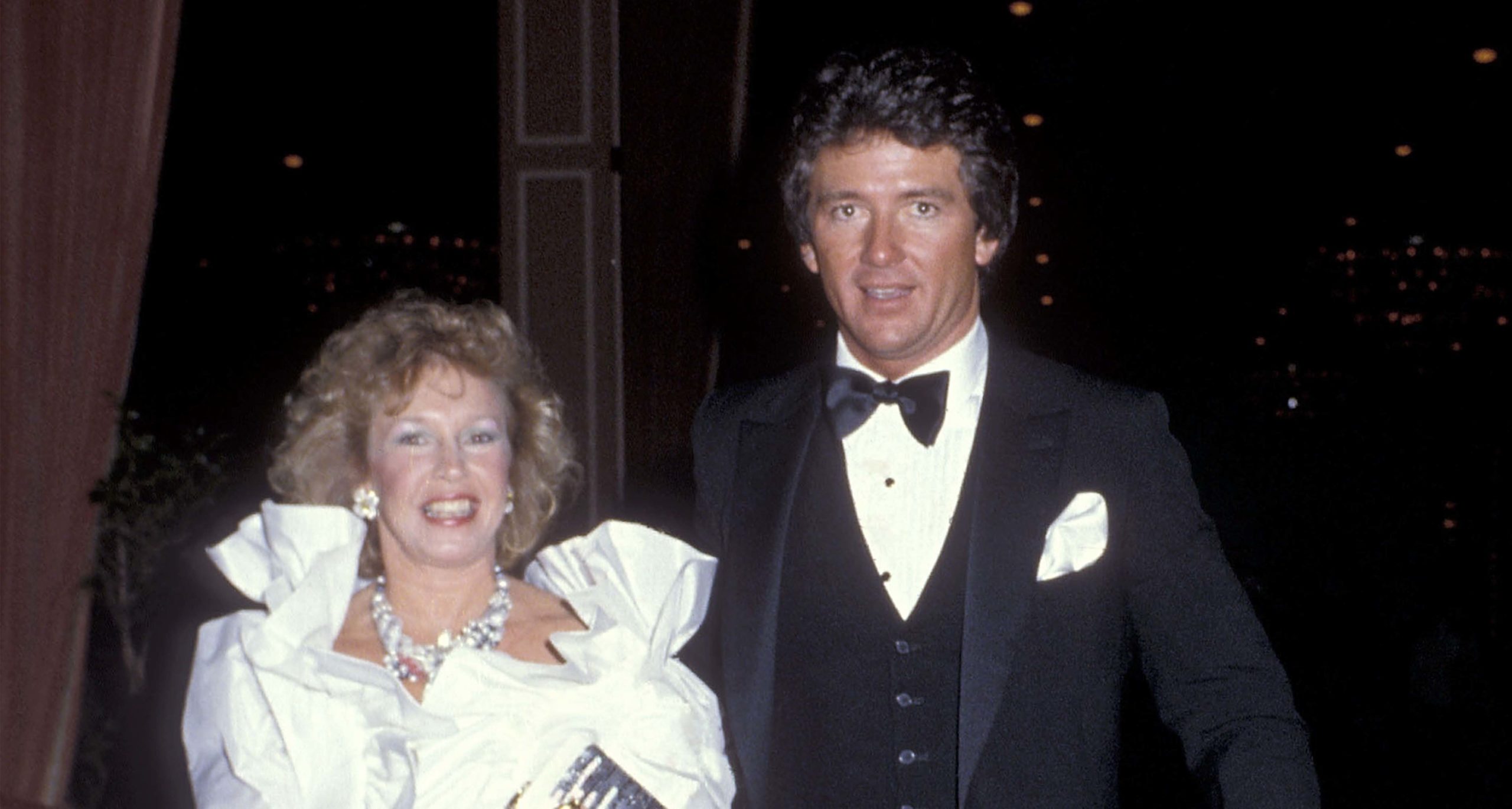 While working as a narrator for the First Chamber Dance Company of New York, he met ballet dancer Carlyn Rosser on a tour bus.

The two instantly had a connection, but there was a problem. See, Carlyn was already married, though her then-husband soon realized she wanted Duffy instead. The two agreed upon a divorce – and Patrick and Carlyn fell deeply in love.

“In short order, I fell in love with the art form and with her,” Duffy told Independent.

“She had the hardest job. She had to tell her husband. And they were happily married. It wasn’t, you know, a bad relationship. He was a good man, and he is a good man.”

“He was betrayed by her, and it was amicable in the sense that he let her go, but he was hurt,” he added. “It breaks my heart to think about it. It doesn’t break my heart enough to think that I would do anything differently.”

So, Carlyn Rosser and Patrick Duffy fell in love and tied the knot in 1974. That same year, the couple welcomed son, Padraic Terrence Duffy, and in 1980, their second son, Conor Duffy, was born.

After a few years, Patrick and Carlyn relocated to Los Angeles, where he pursued his dream job of becoming a screen actor. Finally, in 1976, he got his big breakthrough when he starred in the sci-fi series Man from Atlantis. 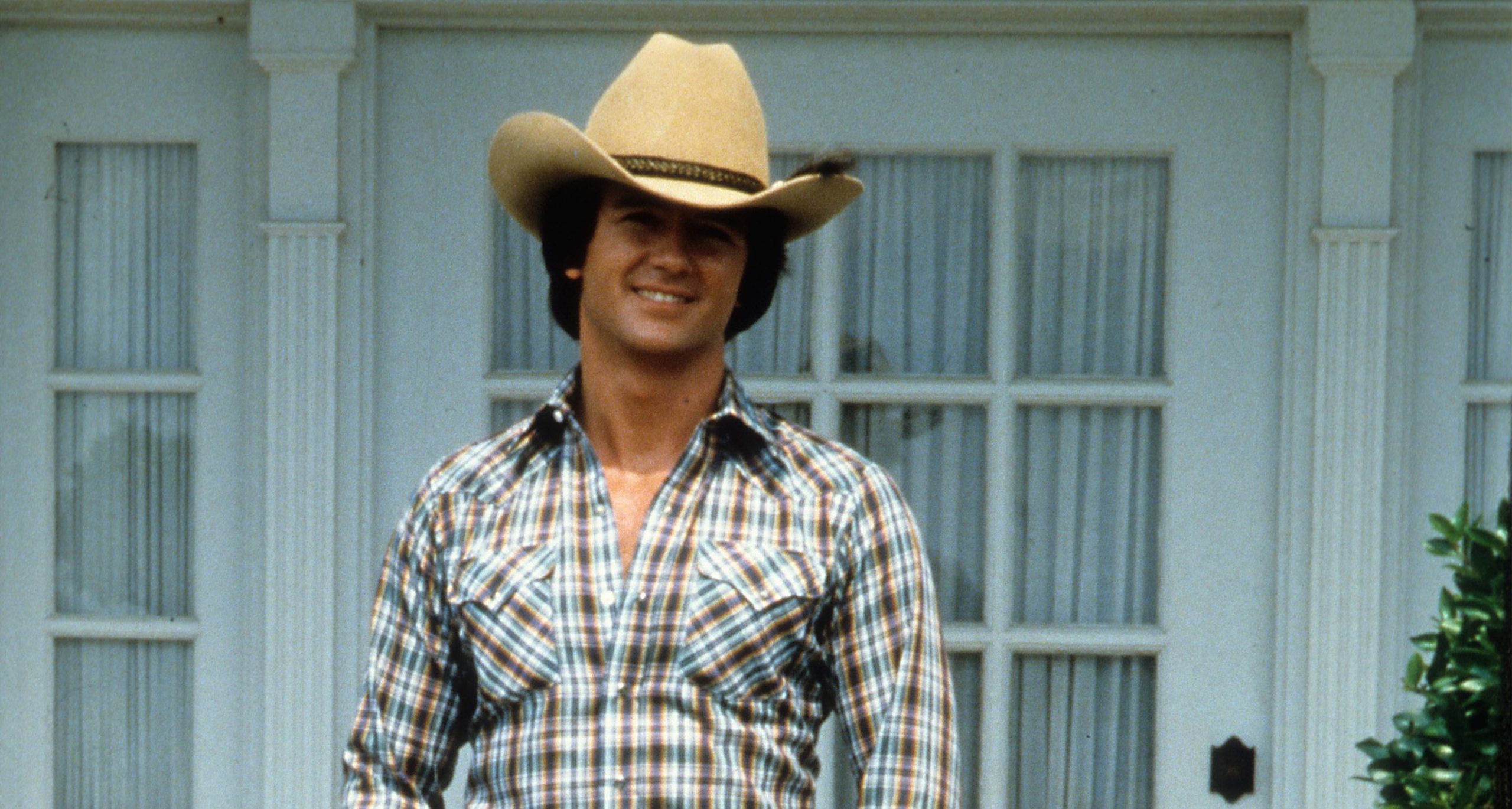 At the time, though, he was short on cash. The story goes that Duffy had to do the audition in his underwear rather than the requested swimming suit, as he didn’t have the money to buy a costume.

It wasn’t long after Man From Atlantis that Duffy got the role of his life as Bobby Ewing on Dallas.

Considering the enormous success it brought, one might assume that Duffy had a hard time securing the role. In actual fact, though, it was the first time he’d ever been offered a role without auditioning or reading.

“It was basically handed to me by Leonard Katzman, the executive producer of Dallas, who had known me by virtue of producing a television show in the next sound stage to mine on Man From Atlantis at MGM,” he said.

“When he left that show he was on and did the pre-production for Dallas, as soon as my show was canceled, the offer came in for me to play the part. I never read for it.”

The show aired for the first time in April of 1978 and instantly became a huge success.

In November of 1980, when the episode Who Shot JR.? aired – an episode which promised to reveal the person behind the attempt to kill the villain, JR Ewing – more than 80 million Americans tuned in. At the time, that made it the highest-rated broadcast ever. Even today, it ranks as the second-highest, behind only the 1983 final episode of M.A.S.H.

And it wasn’t just in the US that Dallas became a huge success. Worldwide, the show had more than 300 million viewers across 57 countries in 1980.

The role of Bobby Ewing turned Patrick Duffy into a superstar. His character was married to Pamela Barnes, played by Victoria Principal on the show.

Though Patrick and Carlyn’s marriage was waterproof, there was one thing that left him heartbroken.

Carlyn Rosser knew that her husband was to shoot several scenes which included on-screen sexual intercourse with Victoria Principal. Though she was okay with it, she became emotional while watching the show.

“And I look over, and my wife’s welling up in tears. I said: ‘Sweetheart, what’s the matter?” Duffy recalled.

“You’ve seen me do these scenes with Victoria before.’ And she said: ‘I just saw a look on your face I thought you only had with me.’ It broke my heart. I was probably thinking: ‘What’s for lunch?’”

Duffy stayed on the show for eight seasons. However, fans were shocked in the 1984-1985 season finale when Bobby Ewing was killed, marking Patrick’s departure.

In reality, it wasn’t because the show’s creator wanted Duffy gone – but rather that he wanted to do something else.

“I left because I had done the show for seven years. My contract was for seven years. It was obviously an ensemble show, and I thought if it was ever a time at the height of the popularity of that show, that I might be able to launch into something that was more of a single, starring venue, that that would be the time to do it,” Duffy explained to the Huffington Post. 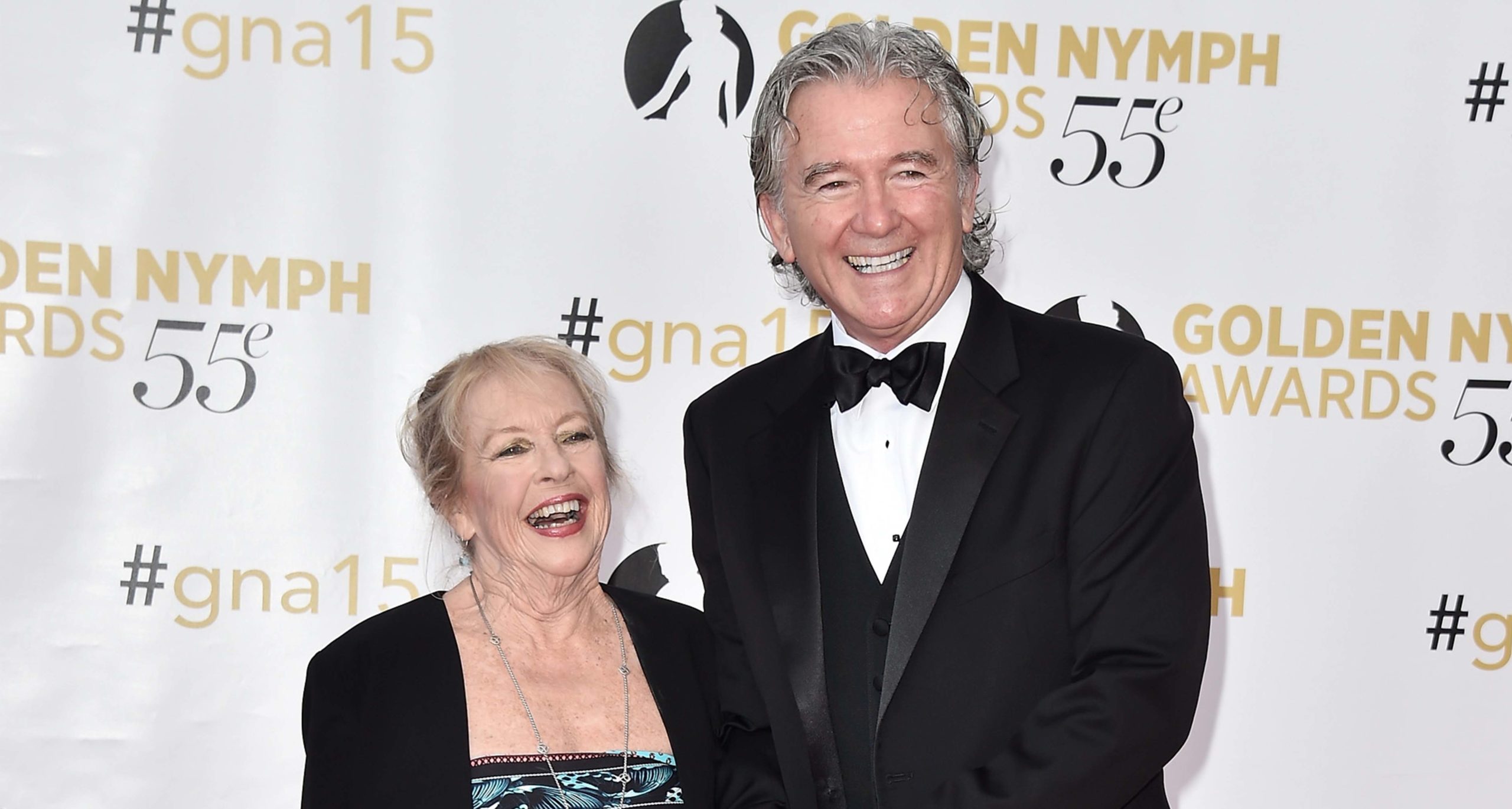 “I left the show, and that did not happen — typical Patrick Duffy business decision fiasco. I went back on the show because they asked me to, and I realized that was the best place to work, and I was back with my best friend.”

Now, Patrick’s career has been fantastic, but his personal life has been filled with its fair share of tragedy. Firstly, his parents were both killed at their bar in 1986. Then, in 2017, Duffy suffered with further grief when his wife, Carlyn, passed away. She was survived by her two children and four grandchildren.

Speaking with Closer Weekly in 2019, the now 72-year-old actor said that Carlyn’s passing came very unexpectedly. That only made the loss of his love of 43 years all the more painful.

“It was a surprise when she passed,” Duffy said. “There was no indication. So that was the big adjustment. My boys were there as stalwarts. But I also realized that, as much as they were trying to buttress old dad up, I’m probably more adjusted to this set of circumstances than they are. You reach a certain age, and you realize the road ahead is much shorter than the road behind.”

“There are no mistakes in life,” he added. “I can mend every fence I’ve broken and create value out of everything I’ve done if I’m given enough time. I have done it, and I still am doing OK, I have worked hard to make the best of life, and it’s been good to me.”

Two years after Carlyn’s passing, Duffy – who continues to work as an actor – explained that he would always consider himself married to his beloved late wife. 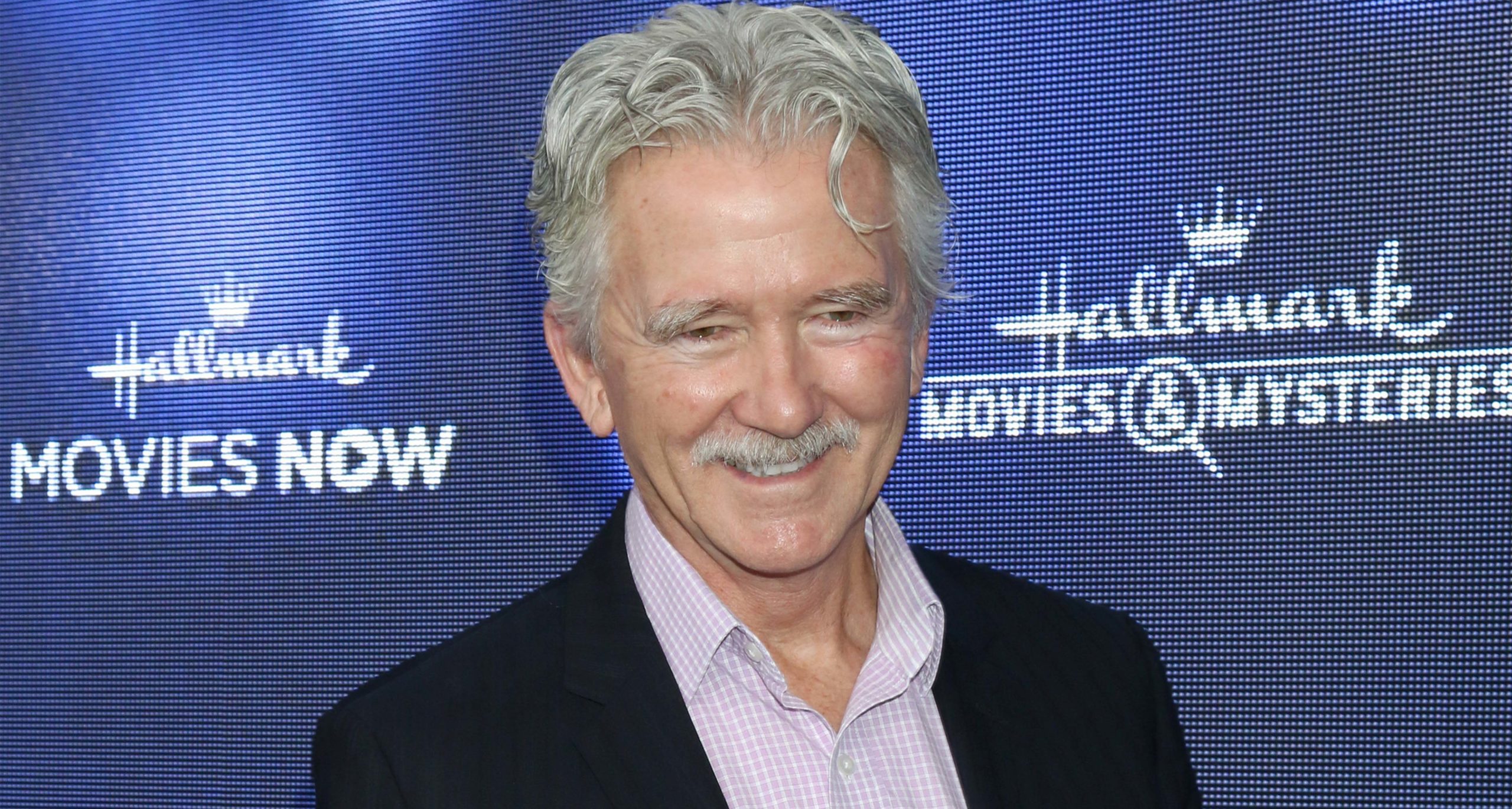 “I can hear her, I can see her,” the actor told Closer. “I know what she would expect of me, and I try and live up to that, I feel close to her all the time, [but] what I miss most is her touch, I still consider myself a married man.”

Though Patrick still considers himself married to his late wife Carlyn, he’s found love again. Initially, he was hesitant about getting into a new relationship, but now, almost four years since Carlyn’s death, he and actress Linda Purl, 66, are a couple.

“I’m in an incredibly happy relationship,” Patrick told People in November 2020. “I never thought for a minute this would happen again. I never thought I’d feel this way again.”

Linda and Patrick used to be casual friends in the past. Unfortunately, they lost touch, only to them reconnect through a group chat with mutual friends amid the coronavirus pandemic.

Eventually, they started talking on their own, video chatting for two to three hours each day. At one point, Patrick decided to drive 20 hours to her home to “see if it was real.”

Since then, they haven’t been apart. Linda Purl has had a long career of her own in show business, working on several big shows, including Happy Days, and many films. 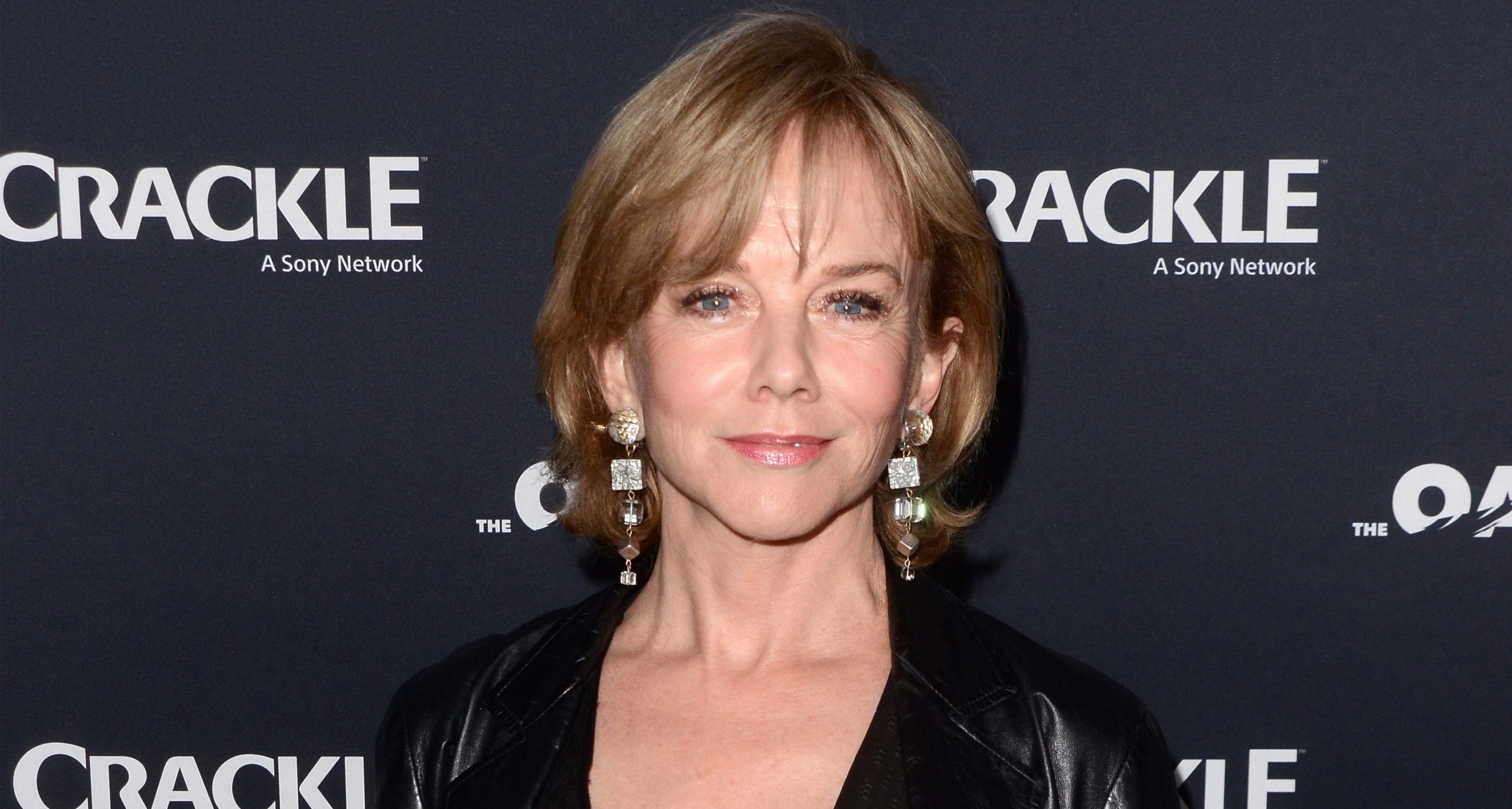 Patrick and Linda felt an instant connection, but it took a while before things escalated to romance. Speaking with Closer Weekly, Patrick said they spent weeks together before they shared a kiss.

“Don’t ever give up”

“You get to a point where you think, ‘It’s all about her. How do I get her to smile?’” Duffy shared.

“We’ve eliminated all the trials and errors that happen in [younger] relationships. It’s all positive and lovely.”

Linda has been married four times and is the mother of actor Lucius Carey, 26. She says that if they can find love – anyone can.

“Life is full of surprises, both good and bad,” she said. “Patrick and I weren’t looking for this. We didn’t expect it or see it coming when our paths crossed. Don’t ever give up.”

We are so happy that Patrick Duffy has once again found love. Even though our dearly departed won’t come back, it sure is important to remember and cherish the memories they leave behind.

Duffy seems like a beautiful person – we wish him all the best in the future. Please, share this article on Facebook with friends and family to honor him!