Self-love, including self-worth and self-respect, begins with the word “SELF.” And, of course, they can’t be found in anyone else. Loving oneself first is very important for mental health and well-being, keeping depression and anxiety away. The practice of self-acceptance can undeniably be challenging, especially with the kind of society we find ourselves in. You possibly will agree!

But then being yourself can push you through your limiting beliefs while you have a life that truly shines. It is pretty common for people to share their weight loss journey, but these models [compiled below] are instead sharing how they gained weight. It didn’t only change their bodies, but it also helped their emotional health. These models have since overcome low self-esteem and eating disorders to become body positivity activists. Please have a glance at their motivating messages and transformations.

Charli heavily brought attention to eating disorders and their negative effect on mental and physical health. While battling an eating disorder, she suffered depression and anxiety but has since overcome all that and motivated others.

On Instagram, Amy wrote that she has gone through different phases but ultimately landed on weightlifting as her solace. The model, whose transformation was both through her body and her behavior, also explained how eating more was the solution to her body issues. Amy has advised the people concerned about her weight: “Eat more, lift more, and sleep more.”

To achieve her 2015 body, Marciel trained hours every day and severely restricted her diet. However, she has since encouraged her fans to be “the healthiest and happiest” version of themselves. In one of her posts, she recalled how many issues she had about her body when she was younger and how much joy and peace it stole from her.

Jayne has quite a following, over one million followers on Instagram. She overcame an eating disorder and is now educating her followers that healthy bodies come in all sizes. “Wait, so you just decided to RUIN your body?” Is one of the questions people have asked her. But she responded: “Nah, I just stopped torturing myself every day for not fitting an image I was never supposed to be.”

In one of her Instagram posts, Tabria wrote: “A healthy body image, 50Ibs, and two double D’s later! I was 170 on the left, 220 now, and can’t believe how much I hated the way I looked ten years ago. Now I’m more in love with my body than I’ve ever been! Stop self-loathing and start self-loving.”

Recently, Kimmey shared a powerful message of self-love and acceptance on her Instagram. Her post proved that everybody has a bikini body. And her caption had read: “There’s something I need you to know: no matter how much you change – your circumstances, your body, your finances, your job, your relationship status – You are worthy of JOY, LOVE, OPPORTUNITY and the most important and least received: RESPECT.” 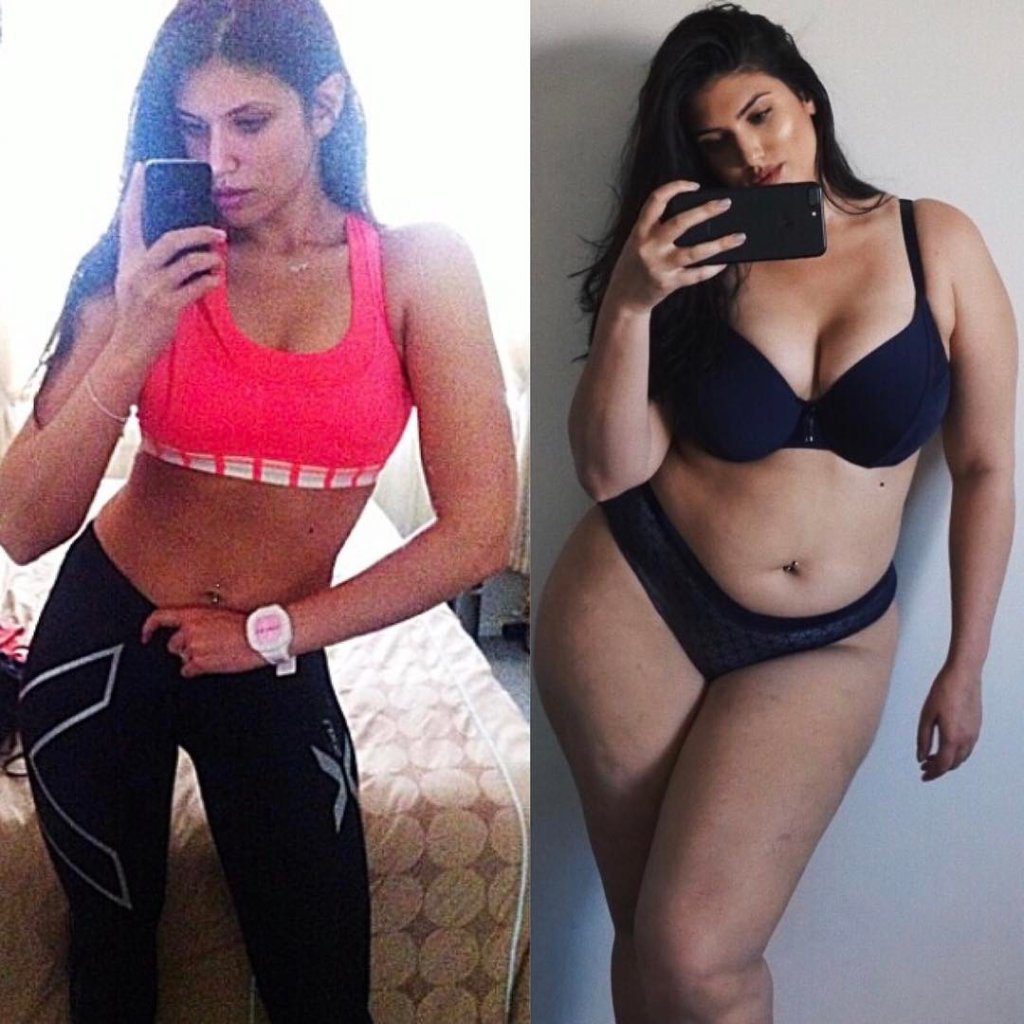 This plus-size model claimed she loathed her body and felt insecure when she was a size six. But since gaining weight, she has had a much more positive relationship with her body. “I remember how unhappy I was in the picture to the left; I would loathe certain parts of my body. I had so many insecurities, I compared myself to other women, and I lacked confidence.” Thomas had revealed.

This British Model has remained an inspiration to many as she shared her road to anorexia recovery. “DO WHAT SCARES YOU AND OWN IT” is one piece of advice she tells her followers. She has since insisted that anorexia nervosa isn’t the goal and isn’t glamorous. While she has had problems with her joints from lack of nutrients, fainting spells, and heart palpitations, she’s now delighted having gained some weight. 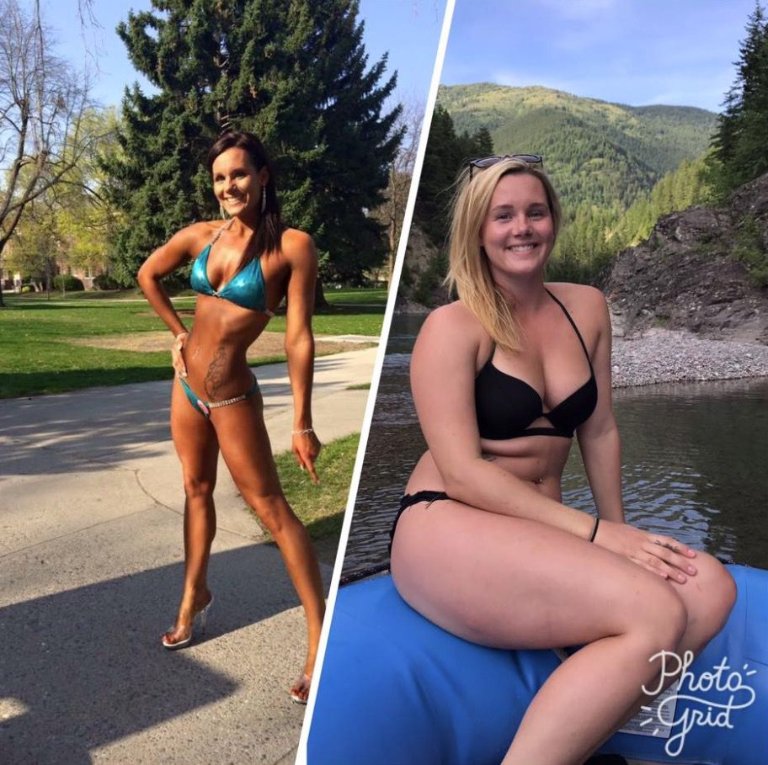 The Ex-Body Builder realized she wasn’t happy and wrote on Facebook that she was never enough and constantly needed to improve. She has since advised: “Your worth and joy isn’t weighed by what you can lift or what the scale says. Happiness is what matters the most!” 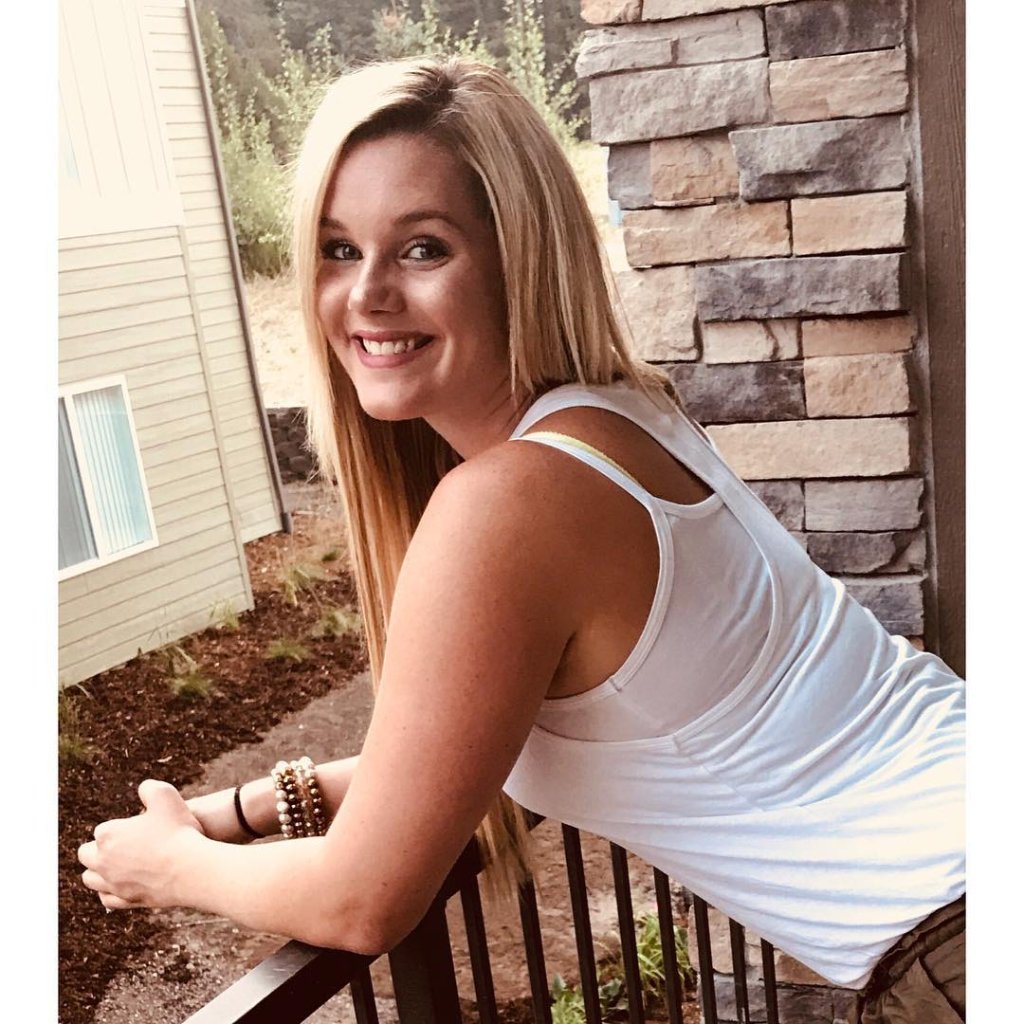 At the moment, Lawrence is among the body-positive model and an Aerie Ambassador. During the National Eating Disorder Awareness Week, she uploaded a before vs. after pic, showing her body transformations and her journey to self-acceptance. The model explained how body dysmorphia is a mental illness and that there are ways to reclaim ownership over your being.