Mariska Hargitay has had a long and successful career in television and film. Starring as Olivia Benson on Law & Order, the 58-year-old has become a true star. However, her past also includes a huge tragedy.

Hargitay has had to live with the tragic accident for decades. But more importantly, the Golden Globe-winning actress has also managed to find love and create a wonderful family.

Mariska and her husband Peter Herman have been happily married for 17 years. But on their first date, he made her cry. This is all you need to know about Mariska Hargitay’s life – and the tragic times she has overcome. 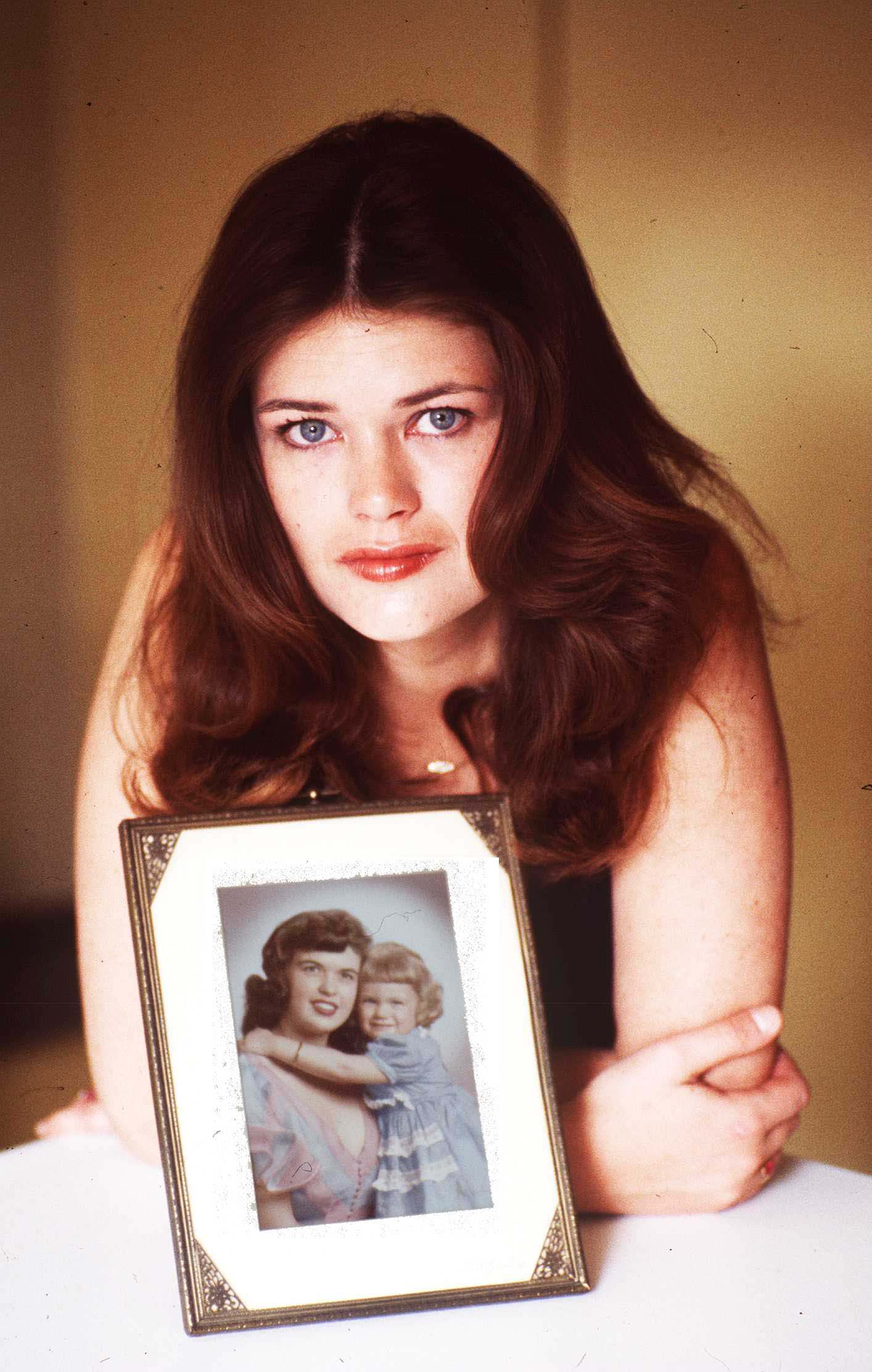 Mariska Hargitay was born on January 23, 1964, in Santa Monica, California, to actor Mickey Hargitay and actress Jayne Mansfield. It was supposed to be a wonderful upbringing with two loving parents. However, when Mariska was 3-years of age, her mother, Jayne, passed away in a tragic accident.

At the time, Jayne Mansfield’s career had begun to fail. She was dropped from 20th Century Fox in 1962 – two years before Mariska was born – and instead appeared in several TV programs and game shows.

Instead of just focusing on Hollywood, Mansfield decided to go international in the 1960s, starring in several German, Italian and British films. She also began appearing on stage at nightclubs, touring both in the US and UK.

In 1967, a tour was put together by Don Arden – the legendary music manager and father of Sharon Osbourne. One week, she was performing in the town of Batley.

The tour of the UK was the last Jayne Mansfield did. While driving from a nightclub appearance in Mississippi, en route to New Orleans, she passed away in a car accident when her vehicle collided with a tractor-trailer. Jayne was only 34.

Mansfield, her then-boyfriend Sam Brody, and their driver instantly passed away in the accident. The beloved Hollywood sttar was buried beside her father at the Fairview Cemetery in Pennsylvania.

Three of her children were asleep in the back seat of the car, but they made it out unharmed. After that, Mariska Hargitay moved to be with her father, Mickey Hargitay, and even though she was very young, she won’t ever forget it.

“Losing my mother at such an early age is the scar of my soul,” she told Redbook in 2009. “But I feel like it ultimately made me into the person I am today. I understand the journey of life. I had to go through what I did to be here.” 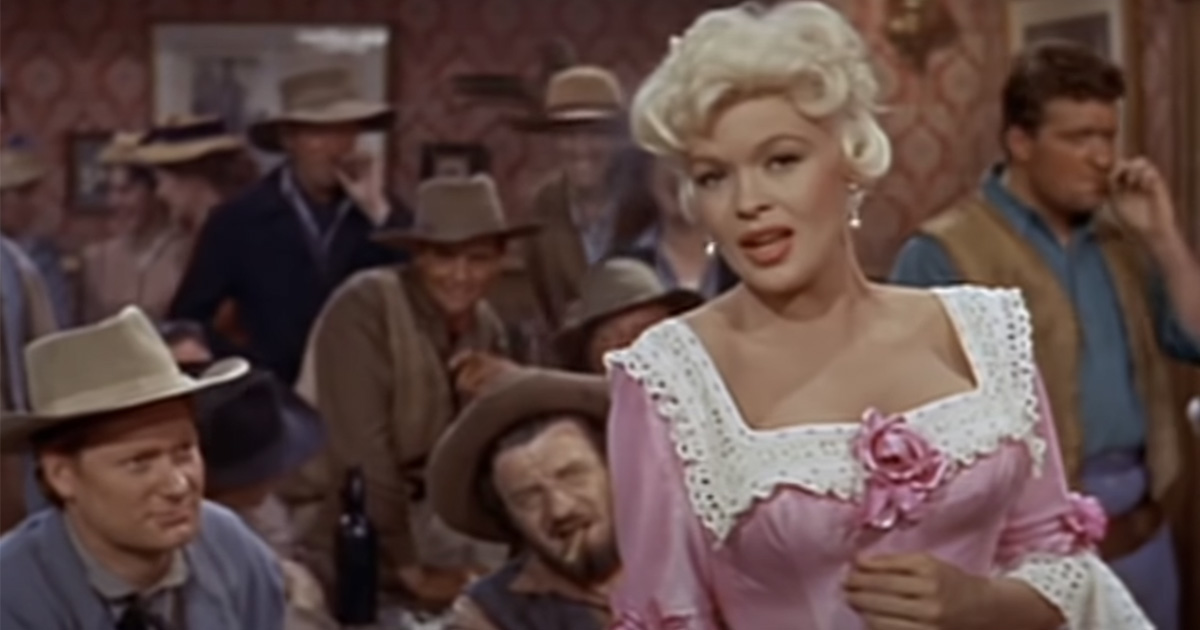 Mariska Hargitay went on to study at Marymount High School, where she was active in theatre groups.

Constantly compared to her mother

She chose to study theater at UCLA in California, and not long after, in 1984, she made her film debut in Ghoulies. After that, Hargitay spent the 1980s performing in several TV series to pursue a career on the bigger stage. But, unlike her mother, she didn’t change her name or the color of her hair, which Jayne was famous for doing.

But even though Mariska Hargitay now had her career, she was always compared to her late mother.

People advised her to change her name and appearance and even copy her mother’s sexy image. At one point, Mariska turned down doing a nude scene in the movie Jocks (1986). Being the daughter of a Hollywood icon hasn’t been easy. And sometimes, it even has been a burden for her.

“I used to hate constant references to my mom because I wanted to be known for myself,” Mariska Hargitay told Closer. “Losing my mother at such a young age is the scar of my soul.”

The horrible accident has always been with her, and the memory of her mother will never fade. However, Mariska Hargitay has had a very different look at the accident, which she said wasn’t one at all. 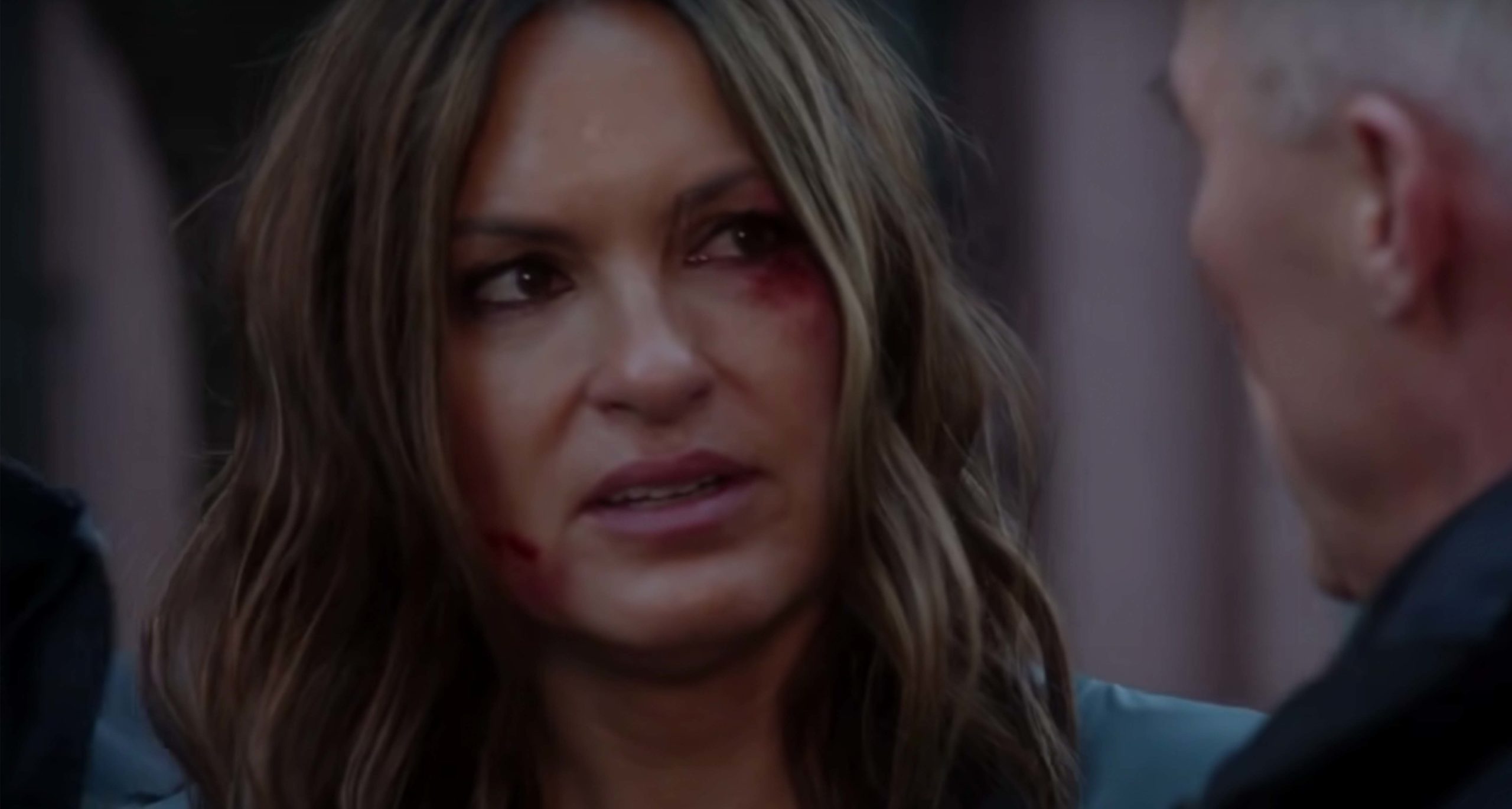 “There are no accidents,” Hargitay told James Lipton in a 2014 interview on Inside The Actors Studio. “And I believe God has a plan. Although I don’t understand it, I do trust it. And I learned to make peace with what is.”

“It’s also helpful in acting. You have to accept what is and try to figure it out. I think my philosophy is what can I learn from this situation and how can I grow. Because that’s the most important thing to me is growing,” Hargitay added.

In 2018, Hargitay spoke further on the tough loss. She explained that she’s gotten candid about it again, trying to avoid pain, loss, and feeling things.

“But I’ve learned instead to real­ly lean into it because sooner or later you have to pay the piper,” she said. “I’m not saying it’s easy, and it certainly hasn’t been for me. There’s been a lot of darkness. But on the other side, things can be so bright.”

Mariska followed her mother into the acting business. And she sure looks very much like Janye!

After 15 years of acting, Mariska Hargitay scored her significant breakthrough role. In 1999, she starred as Olivia Benson in NBC’s police drama Law & Order: Special Victims Unit. The show is still running, with Mariska appearing in more than 500 episodes. 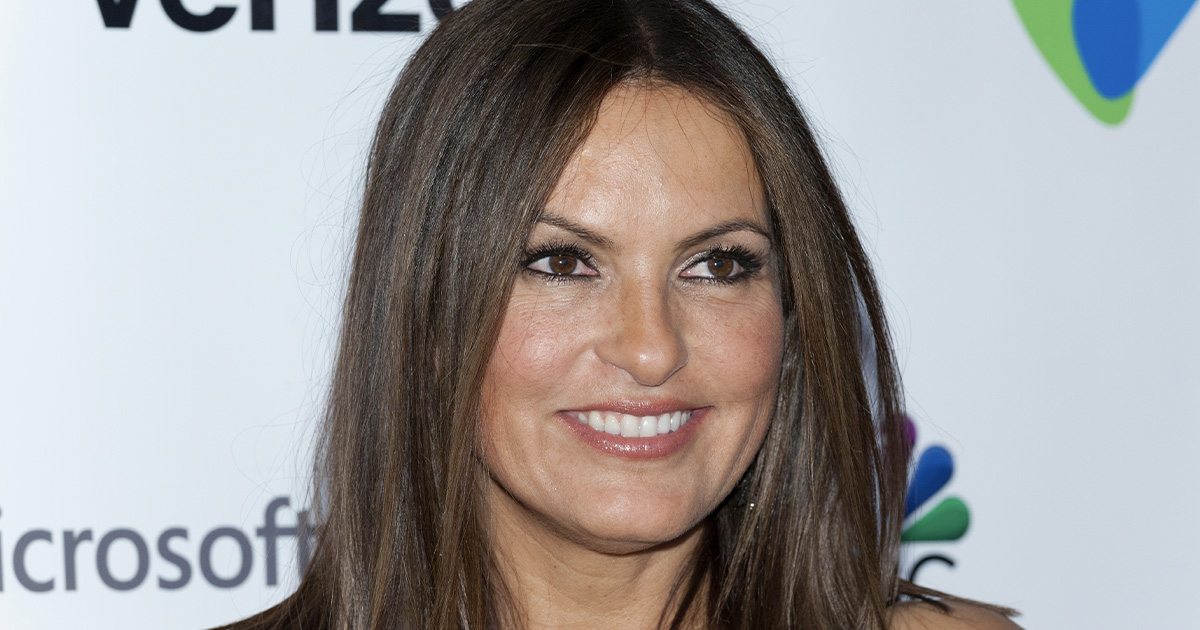 However, before she got the role, Hargitay’s agent warned her about taking it, saying it might be “too dark.” But that wasn’t a concern of Mariska’s at all.

Starred in over 500 episodes

After the audition, she got the callback – but it turned out that there was another girl there as well. On the show, Hargitay stars as a detective – and she went into her role even before getting it.

Mariska recalled the moment as she marched up to the creator, Dick Wolf, and set him straight.

Mariska Hargitay’s uncompromising approach turned out perfect. She got the part as Olivia Benson on Law & Order: SVU and has played it ever since.

But as they were shooting the pilot episode, her efforts with the creator came back to pretty much haunting her.

“I found out the other girl was for another role, and she was in the pilot, too!” Mariska Hargitay explained, adding that she was upfront about possibly destroying the other actress’s career. “I did, she knew.”‘ 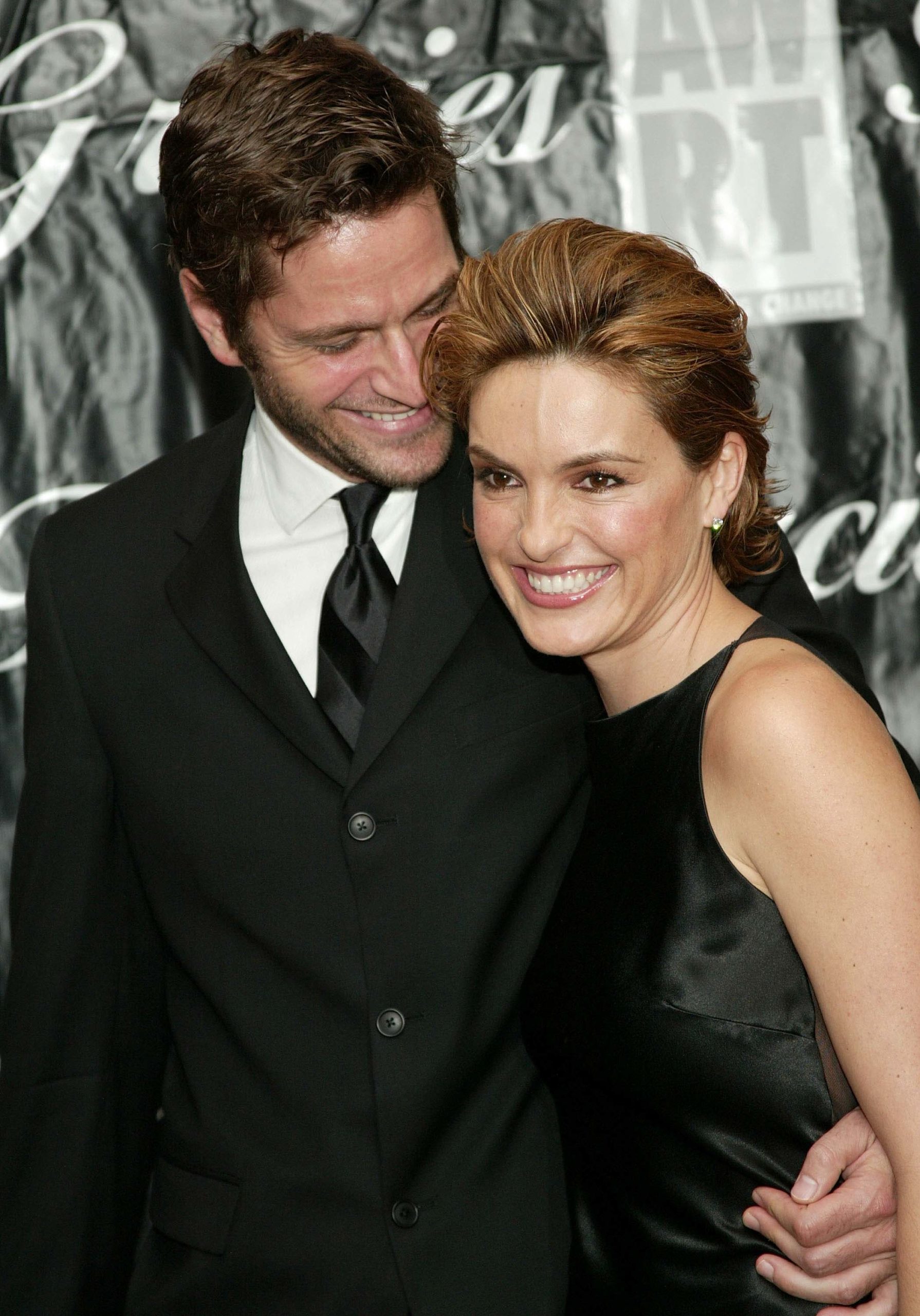 The hit primetime show Law & Order: Special Victims Unit has helped Mariska carve a successful career, winning both a Golden Globe as Best Performance by an Actress in a Television Series – Drama and an Emmy Award for Outstanding Lead Actress in a Drama Series. In addition, she’s been nominated for eight more awards.

In 2004, Mariska married actor and producer Peter Hermann. The couple met two years earlier, as Peter worked on Law & Order as both an actor and a producer on season three. Now, they have been happily married for 17 years.

For Mariska Hargitay, the day she met Peter was a memorable one. Speaking on The Drew Barrymore Show, she revealed that she was very nervous when seeing him the first time.

“He was very handsome, and it was distracting,” Hargitay recalled. “Then he would come back the other day, and all the producers would look at me and give me eyes. I’d never been like that to anyone ever. It was funny because I was single, I was 35, and my friends were like, ‘Mariska, you need to get out more, nobody’s going to show up on your show and ask you to marry them.’”

In hindsight, one could say that’s what happened to Mariska Hargitay. Of course, they built their relationship over time just like other people, but she knew instantly that she had found the man of her life.

Cried on their first date

Peter made his future wife cry on their first date as she asked her to go to church with him.

“And I was moving, and I said, ‘Peter, I would love to, but not today. I am moving today.’ He was like, ‘Oh come on; it’s an hour. It’s an hour.’ It was so funny, I just couldn’t resist, so I went to church,” she recalled on The Drew Barrymore Show.

“And it was that day I remember we went to church… and I am crying, and he thinks I am so moved by the sermon, and I am crying because I am like, ‘I know I am going to marry him. I found my husband. I love him.”

Mariska Hargitay and Peter Hermann welcomed their first child, August, in June 2006. But the couple wanted more children and decided to adopt.

In 2011, they adopted Amaya Josephine after attending her birth.

“I basically pulled Amaya out,” Mariska told Good Housekeeping a year after her birth. “Peter and I held her, and then the birth mother and I hugged for a long time. That was profound. That was one of the most meaningful moments I’ve ever had in my life.” 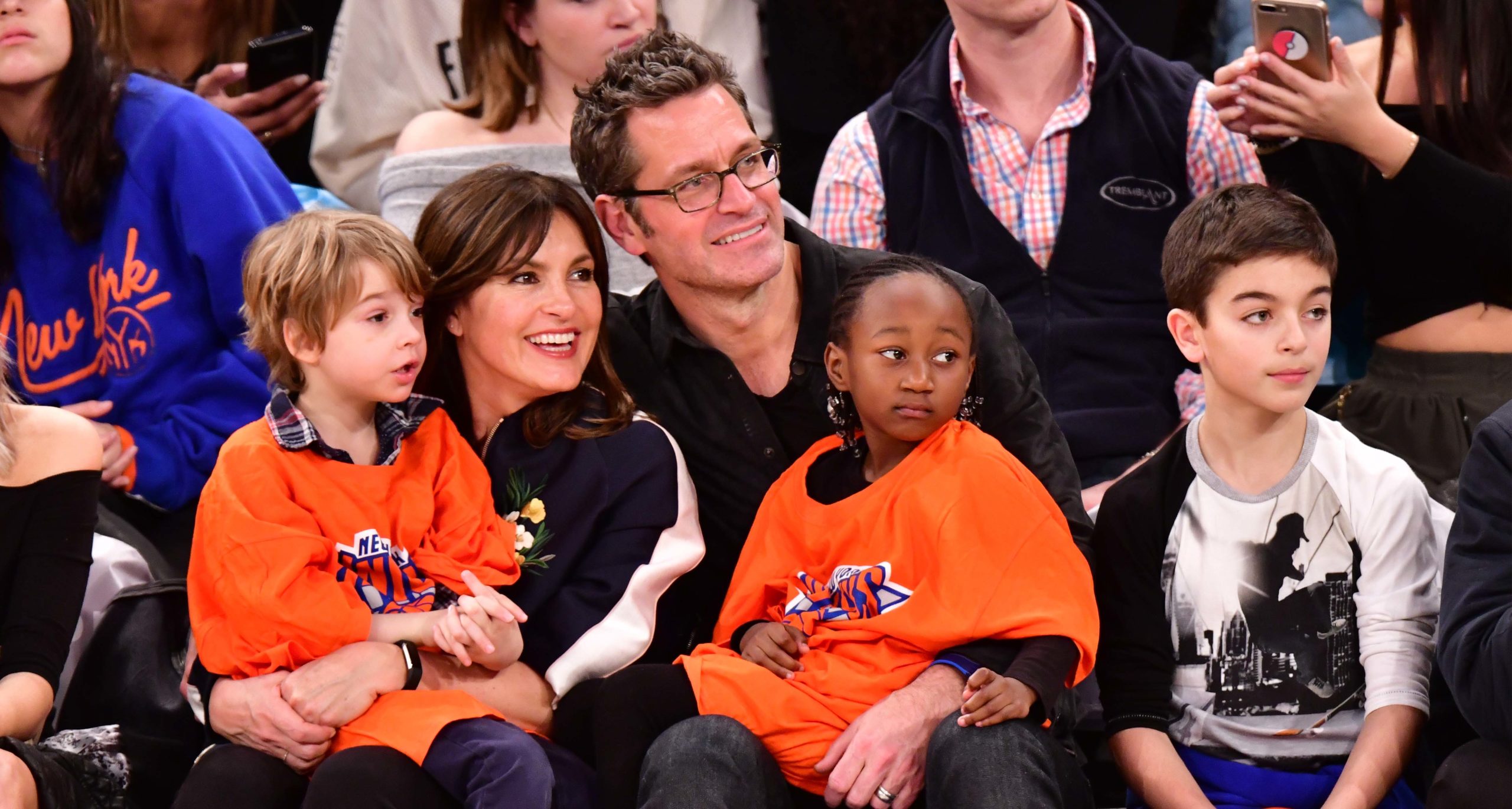 “Being a wife and mother is my life”

As she was very young when her mother passed away, becoming a mom herself has brought her closer to the guardian she lost so early in life.

“Being a wife and mother is my life, and that gives me the most joy,” she said. “I understand [my mother] in a new way that gives me peace. Now I understand the love she had in her, and it makes me feel closer to her.”

In 2013, Mariska Hargitay and her mother Jayne Mansfield were reunited – in a way – when their stars were placed side by side on the Hollywood Walk of Fame. And who knows? Maybe her children will join her and her mother on the famous sidewalk in the future.

Mariska Hargitay has been through one of the worst tragedies one can imagine. Luckily she made it through – today, she has the most beautiful family, and we are so happy for her!

Please, share this article on Facebook with friends and family if you also enjoy watching Law & Order!