Carmen Electra rose to fame very quickly when she began modeling for Playboy. Today, the 49-year-old Ohio native can look back on a very successful career, which includes acting, dancing, and modeling.

But the truth is that Electra started as an up-and-coming singer and was signed to legendary artist Prince’s label. Further, she can actually thank the “Purple Rain” singer for her name – which isn’t the one she grew up with.

So how did Carmen Electra get to where she is today? And what does she look like now? Here is all you need to know about her! 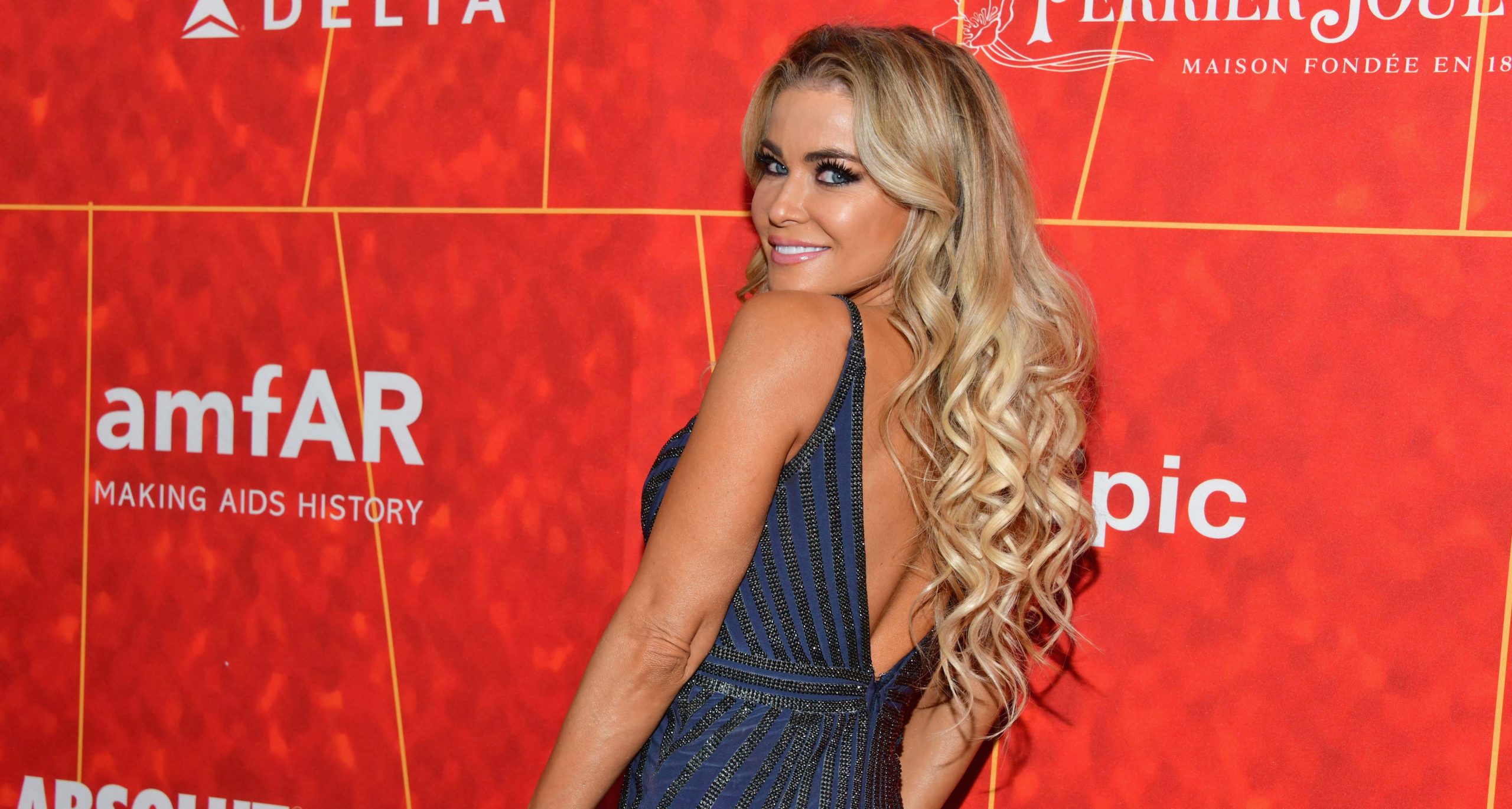 Carmen Electra was born Tara Leigh Patrick on April 20, 1972 in Sharonville, Ohio. As a young child, she was interested in singing and dancing. However, her outgoing personality wasn’t quite the same back then.

Electra was a very shy as a youngster – and she liked to express herself through movement. Both her parents worked in the music industry, with her father being a guitarist for Bootsy Collins and her mother a backup singer.

At first, Carmen Electra wanted to become a professional dancer or a “bad-ass drummer” in a band.

“I always wanted to be a star,” she told Smoke Magazine in 1997. “When I was three years old, I sort of decided that this is what I wanted to do.”

Electra’s parents supported her fully and wanted her to pursue her dreams. However, as it didn’t make ends meet to only perform with Booty Collins, they also had work in construction and other extra jobs to afford her dance classes, she recalled in an interview with LaPalme Magazine.

It didn’t take long before her parents realized that their investment in their daughter started to pay off. She was accepted into the prestigious School for Creative and Performing Arts in Cincinnati at age 9, where she studied ballet, modern dance, and choir. Sure, she loved to dance, but it would turn out that her voice was her ticket to fame. 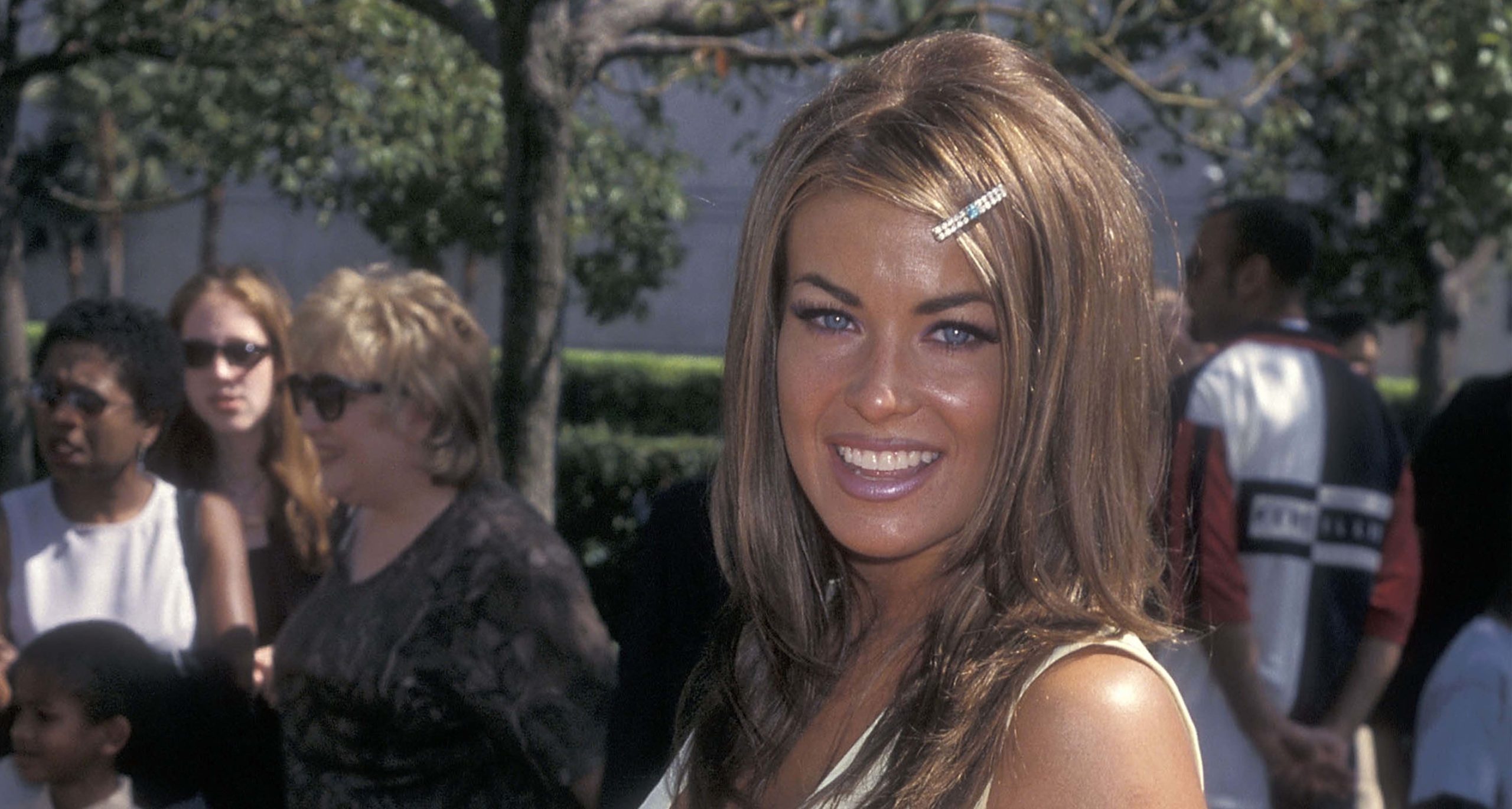 After graduating from high school, Carmen worked as a dancer at King’s Island amusement park. Even though she loved the job, it wasn’t what she wanted.

At 18, she had enough money to reach for the stars – in Los Angeles.

“I saved up my money, and took my mom to lunch and told her that I was going to fly to [Los Angeles] with a girlfriend to try it out for a week, to see if I even liked it,” Carmen Electra recalled.

Once in Los Angeles, Carmen enjoyed life to the fullest, and it didn’t take long before work appeared. A singer named Robin Power approached her while dancing at a nightclub, and it changed everything.

Power explained that she was the singer in a band that Prince was producing. She thought Carmen Electra danced amazingly and wanted her in the group. Hours later, she stood inside Prince’s house, auditioning for the legendary singer.

“I was really nervous because I still didn’t know whether or not to believe that this was real,” she recalled. 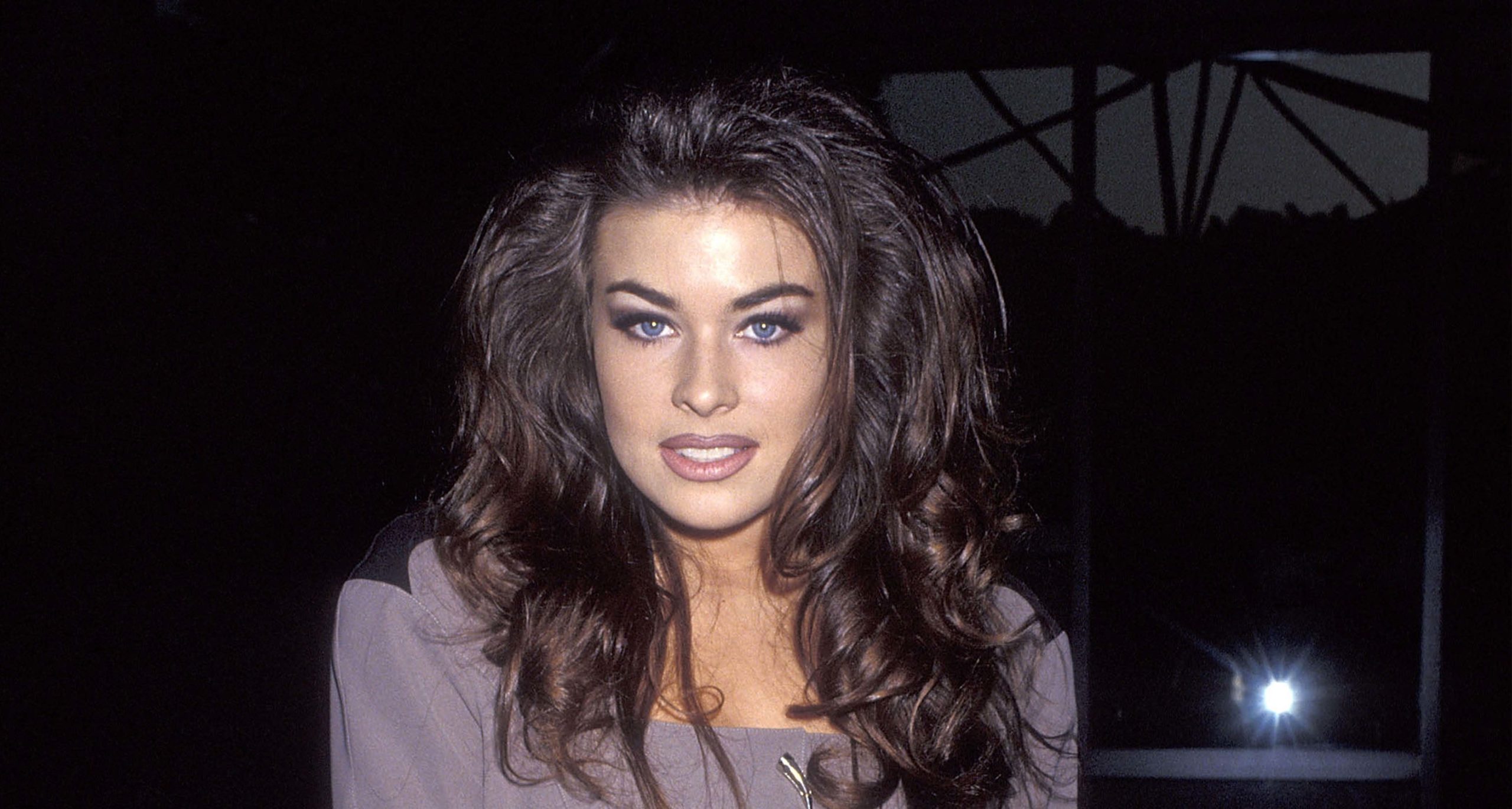 “That first time I met Prince, he was very quiet,” she said. “I was very shy, so there was this awkward moment of us just kind of standing in front of each other. He broke the ice by ask­ing me if I wanted to play pool.”

How Carmen Electra got her name

Carmen Electra auditioned, but days passed, and she didn’t hear anything. Then, suddenly, Prince called, and days later, he brought her to the studio, where he already had a song named Carmen On Top.

At that point, she was still going by her real name, Tara. And it was Prince who gave her a new one.

“I loved it, but I reminded him that my name was Tara. He told me, ‘You look like a Carmen, so, to me, you’re Carmen,’” Electra explained.

Carmen Electra got the opportunity of a lifetime. She moved to Minneapolis in the early 1990s, where she worked with Prince on his label Paisley Park Records. She went on to open for him during his extensive European tour.

“That was pretty huge for me at the time because I just left Cincinnati, Ohio, to pursue my dreams and try to make something happen. So meeting Prince and having that opportunity, for someone like him to believe in me was just so inspiring,” Carmen Electra told Untitled Magazine. “I got to dance and have my own band. It almost feels like it was a dream. Sometimes I think, ‘Did that really happen?!’”

Prince produced her first self-titled debut studio album, released in 1993. However, singing and performing weren’t on Carmen Electra’s mind. Instead, her passion had switched to acting, and she left Minneapolis for Los Angeles to pursue a career in the field. 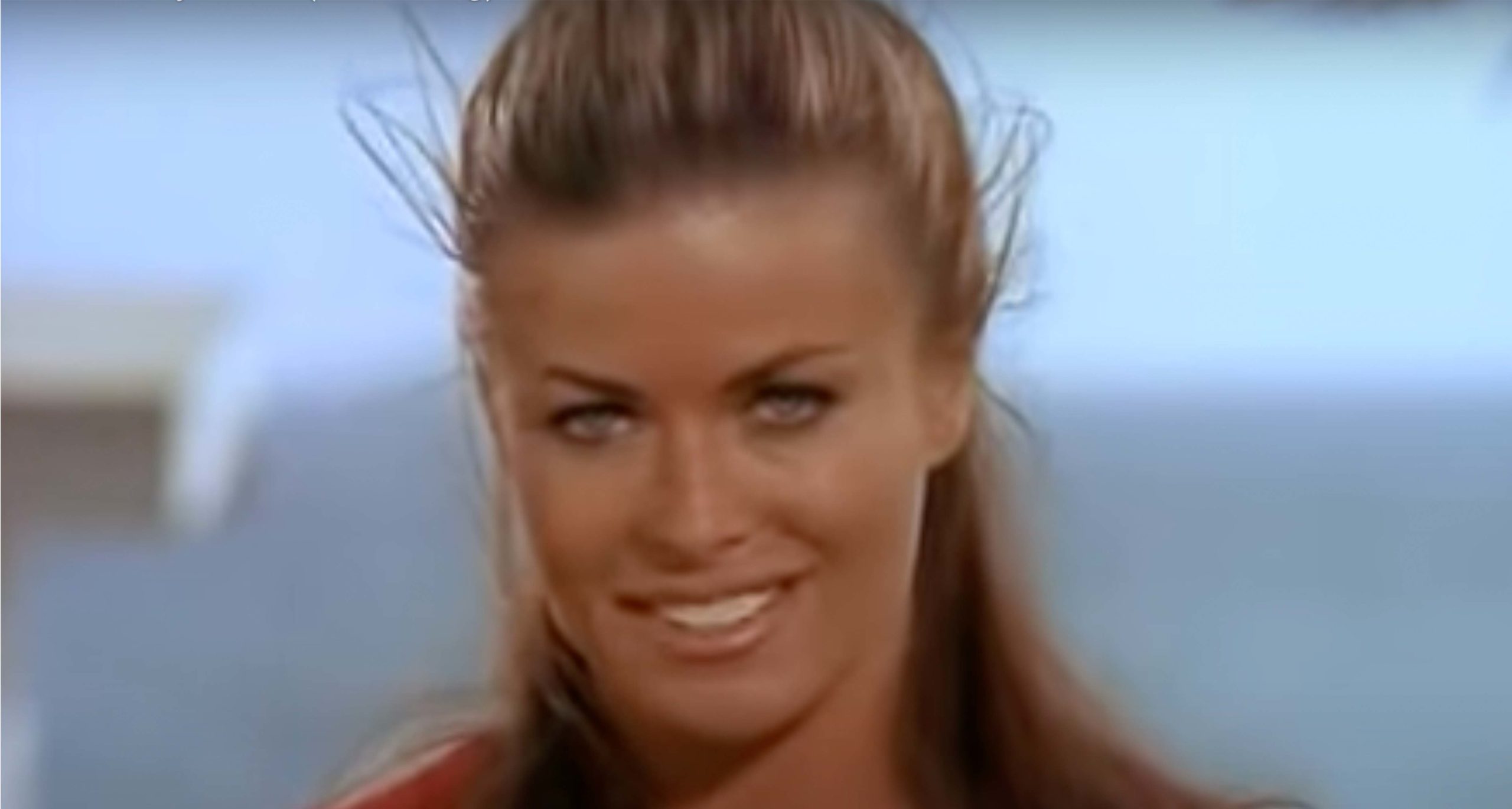 However, things didn’t come easy. Carmen didn’t have a car or a bank account, and she struggled for a couple of years.

“I walked away from everything,” she explained. “I remember just standing and thinking, ‘I made the biggest mistake. Why did I do this?’ Now I understand why. It makes me grateful for every opportunity!”

Prince got Carmen a dancing gig at his Glam Slam club in Los Angeles, and it became a turning point for her. In 1996, she got her first cover of Playboy Magazine. Electra added another three covers to her resume over the next five years, and it turned out that she had that dream for a long time.

“From the time I was a little girl, I would sneak into my parents’ bedroom and look through Playboy magazines,” she recalled. “I always thought the sexy women in the magazine were beautiful. I’ve chosen jobs that were sexy because I wanted to do them. I wanted to be on Baywatch, and I wanted to pose for Playboy.”

Carmen Electra was a great model, but as mentioned before, she was passionate about acting. Baywatch was a show she desperately wanted to be on, and her dream came true.

Just as in her childhood, Carmen Electra was very shy when posing for photos. However, the Playboy shoots became a great way of dealing with her shyness, and looking back; it was the best thing that could’ve happened to her.

The photographers, she recalled, were very friendly, and since she posed without clothes, they made sure to help her in the best way they could without making it a big deal.

“I don’t know how I got through it. But once I did, I realized that Playboy was very… They were very respectful. There weren’t people hanging around on set. The lighting was amazing,” Carmen Electra recalled in an interview with Fox.

“Once I saw the photos, I was … I had to pinch myself. I couldn’t believe that I was actually in the magazine and going to be a part of such an iconic time, being a part of Playboy in general,” she added. “Marilyn Monroe started off with Playboy, and those are the women that I admire and truly have been inspired by. So yeah, Playboy was a lot of fun, and I’m not shy at all anymore, by the way.”

At the same time as her celebrity status started to grow, Electra also became a trendy figure in the tabloid press. In 1998, she started dating NBA player Dennis Rodman, which had tabloids going nuts.

Two years earlier, Electra starred in one episode of Baywatch Nights alongside David Hasselhoff, and in 1997, it became a regular job. The Ohio native appeared on 22 episodes on Baywatch, and her celebrity status rose to new heights. In 2003, Electra also appeared in the film Baywatch: Hawaiian Wedding.

“When I joined the cast of Baywatch, it was already the number one show around the world. My life changed overnight. I was excited and nervous but really grateful to be part of a show that I also believe is a cult classic,” she told ShotMagazine. 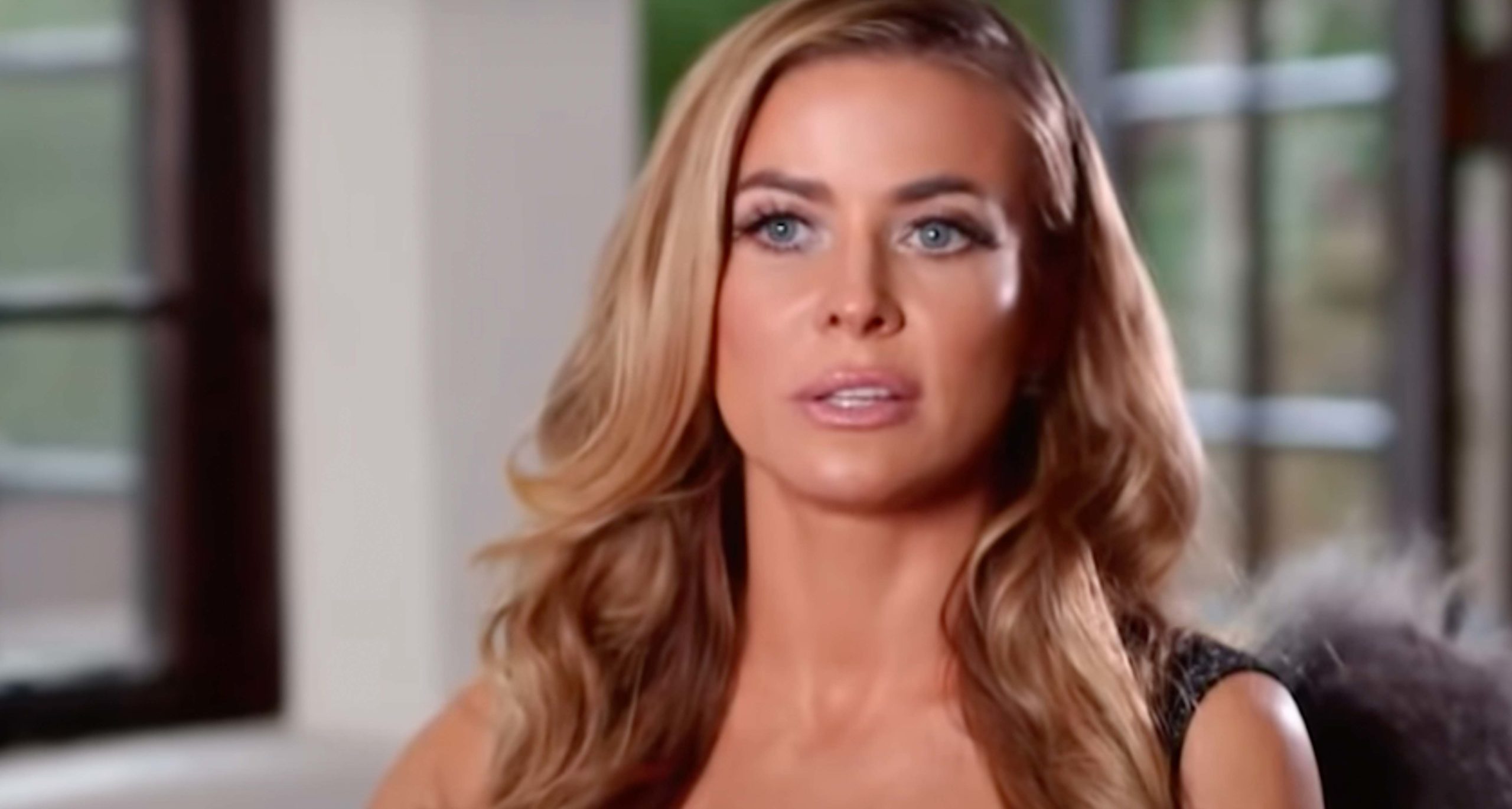 Besides Baywatch, Electra also starred in several movies starting in the 1990s. Her credits include An American Vampire Story and Scary Movie, with the latter one becoming a smash hit.

Carmen Electra got several other parts in similar films, such as Scream. Director Keenen Ivory Wayans told ET that the film studio never thought she’d be good enough for the role, but she proved everyone wrong.

“I just thought, ‘Oh my God, this is a great script, this is gonna be really funny,” and I really wanted the job, I wanted that job really bad, but I didn’t get it,” she said. “I didn’t get a call, I didn’t hear anything, and I remember I had an offer to go to Italy to shoot a movie, so I took off.”

She added, “I was there for two weeks, and literally the second week, my management called and said, ‘They want you for Scary Movie.’ And I said, “What?!’ And they said, ‘Yeah, you’re going to have to fly straight from Italy to Canada.’”

At 53, Electra has been through plenty, having had a career as a dancer, singer, model, and actress. She has a net worth of around $8 million, according to Celebrity Net Worth, and she’s not ready to slow down at all. 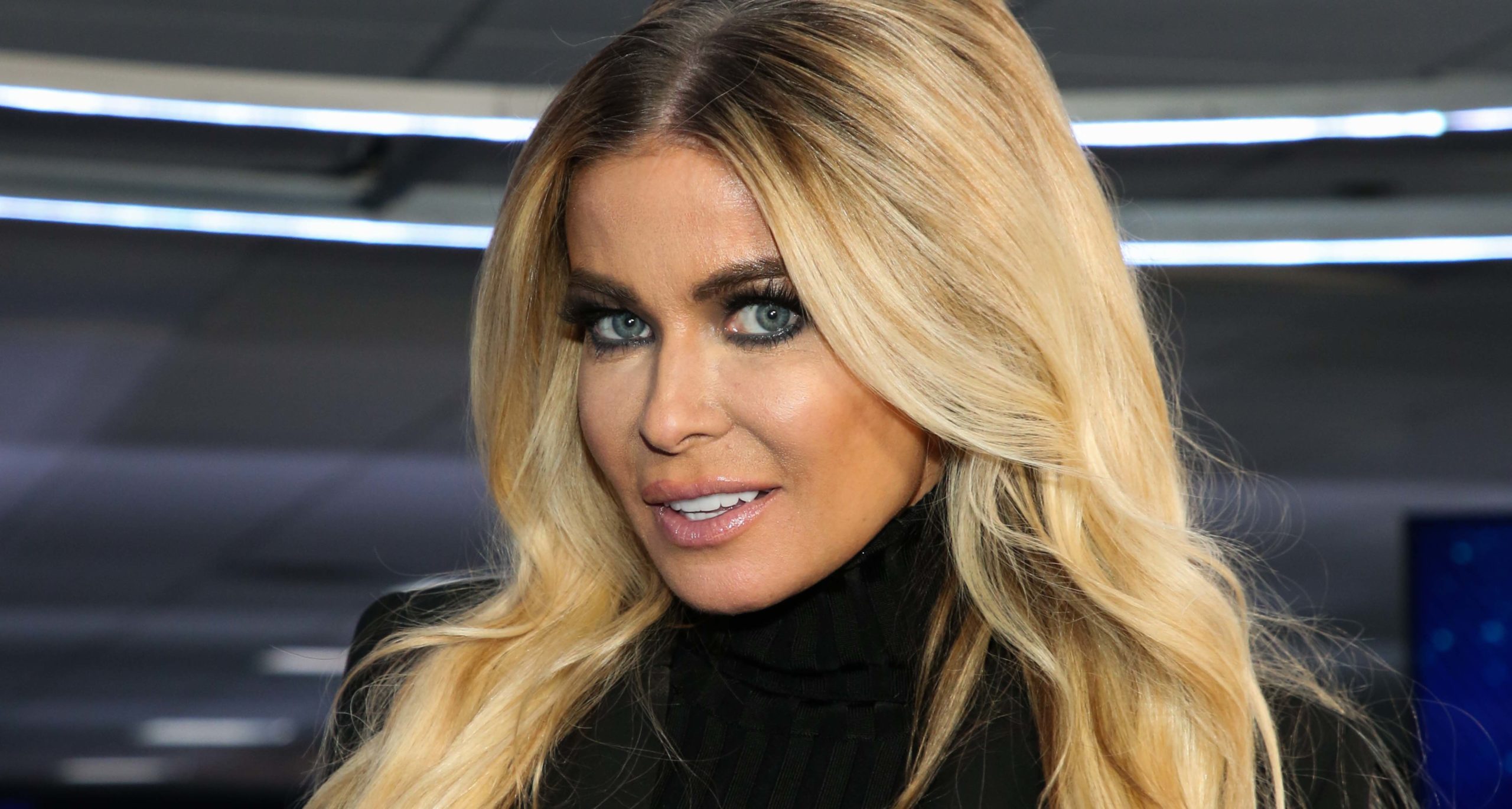 If a reboot happened, she would be open to starring in Baywatch once again.

“I would do a reboot, absolutely. I’m down,” Carmen said.

So is Carmen Electra dating anyone at the moment?

She married her first husband, NBA superstar Dennis Rodman in 1998 – and their marriage became a talking point around the world of show business. The couple married at the Chapel of the Flowers in Las Vegas, but only nine days later, Rodman filed for divorce.

“Well, a lot of reasons why it didn’t work out, and it would take forever to tell everything,” Carmen told Hollywood Life in 2016. “We were in Vegas, and he proposed to me. It was real, true love there. People kind of thought it was a stunt, but I saw a different side of him, and I don’t know, I just sometimes can be co-dependent and really want the best in people.

In 2003, Electra tied the knot with Dave Navarro. However, they divorced in 2007. Since then, the former Playboy model has been rumored of dating several celebrities, including Kid Rock, Colin Farrell, and David Spade.

As of today, Electra isn’t known to be dating anyone. But the most important thing is that she’s happy, which definitely seems to be the case!

Carmen Electra has had a fantastic career and still to this day, she looks stunning! Please, share this article on Facebook if you agree.