Jamie Lee Curtis was born into a very famous family, but these days she’s just as renowned as her parents. The 63-year-old has had a long and successful career as an actor, while also being married for a long time married to her husband, and also raising three children.

That’s not to say Curtis hasn’t harbored doubts about herself. More, comments made by others even made her turn to plastic surgery several times.

Today, however, Jamie Lee isn’t an advocate for plastic surgeries at all – the 63-year-old feels that the changes she tried to achieve were humiliating. Instead, she’s begged people to stop “f**king with your face.” 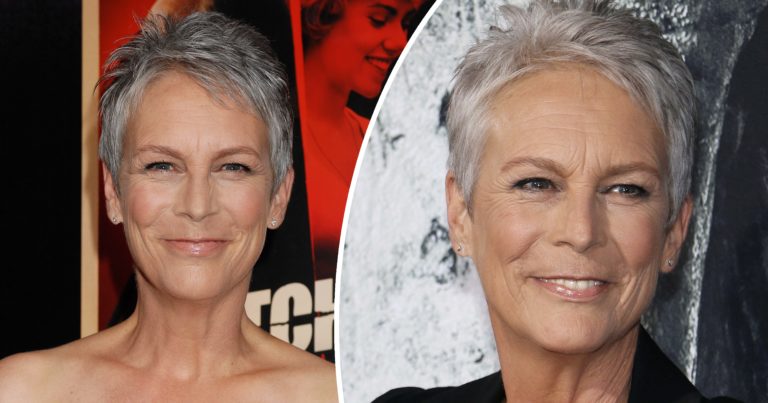 Even though Jamie Lee Curtis was born into a very famous family, her childhood wasn’t as trouble-free as one might expect.

Born on November 22, 1958, in Los Angeles, California, Curtis grew up in a wealthy home with parents and prominent actors Tony Curtis and Janet Leigh. But it turned out – at least according to Jamie Lee – that her birth might not have only been to do with her parents wanting another child.

Jamie Lee Curtis – early life
In fact, she revealed to the Huffington Post that her parents only had her to save their marriage.

“By the time I came along, following my sister, Kelly, by two and a half years, my parents’ bond had deteriorated precipitously as their stardom grew. And like any other save-the-marriage baby, I failed,” Jamie Lee Curtis said. 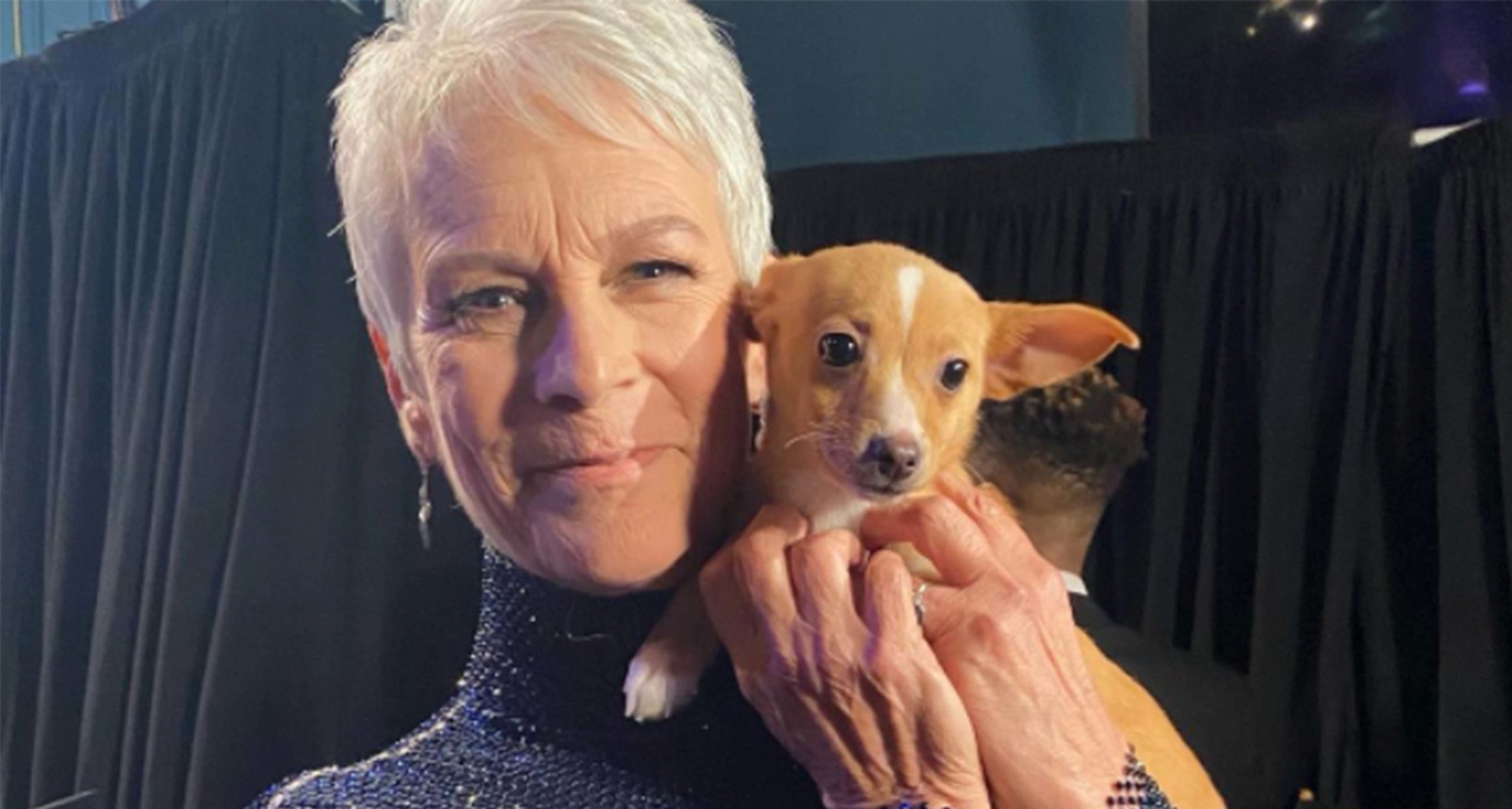 “Janet suffered public embarrassment as Tony chose a 17-year-old replacement, a German actress with whom he was working, and she felt the slings and arrows of tabloid gossip and innuendo. She told me that she did the memorable scene on the train in The Manchurian Candidate the day she found out that Tony had filed for divorce.”

Now, Jamie didn’t want to become an actress in her early days. She was a cheerleader at the Weslake School – an all-girls school – in Los Angeles, and the privileged Beverly Hills High. There, her parents’ fame once again became something of a problem.

Their private lives and scandals were repeatedly published in the newspapers because they were so famous. As a result, Curtis found herself caught up in the madness. Because of that, she he had a hard time finding her identity.

“It was just never forgotten who my parents were,” Jamie told Rolling Stone. “Whenever I met anyone new, I was introduced as Tony Curtis and Janet Leigh’s daughter.” 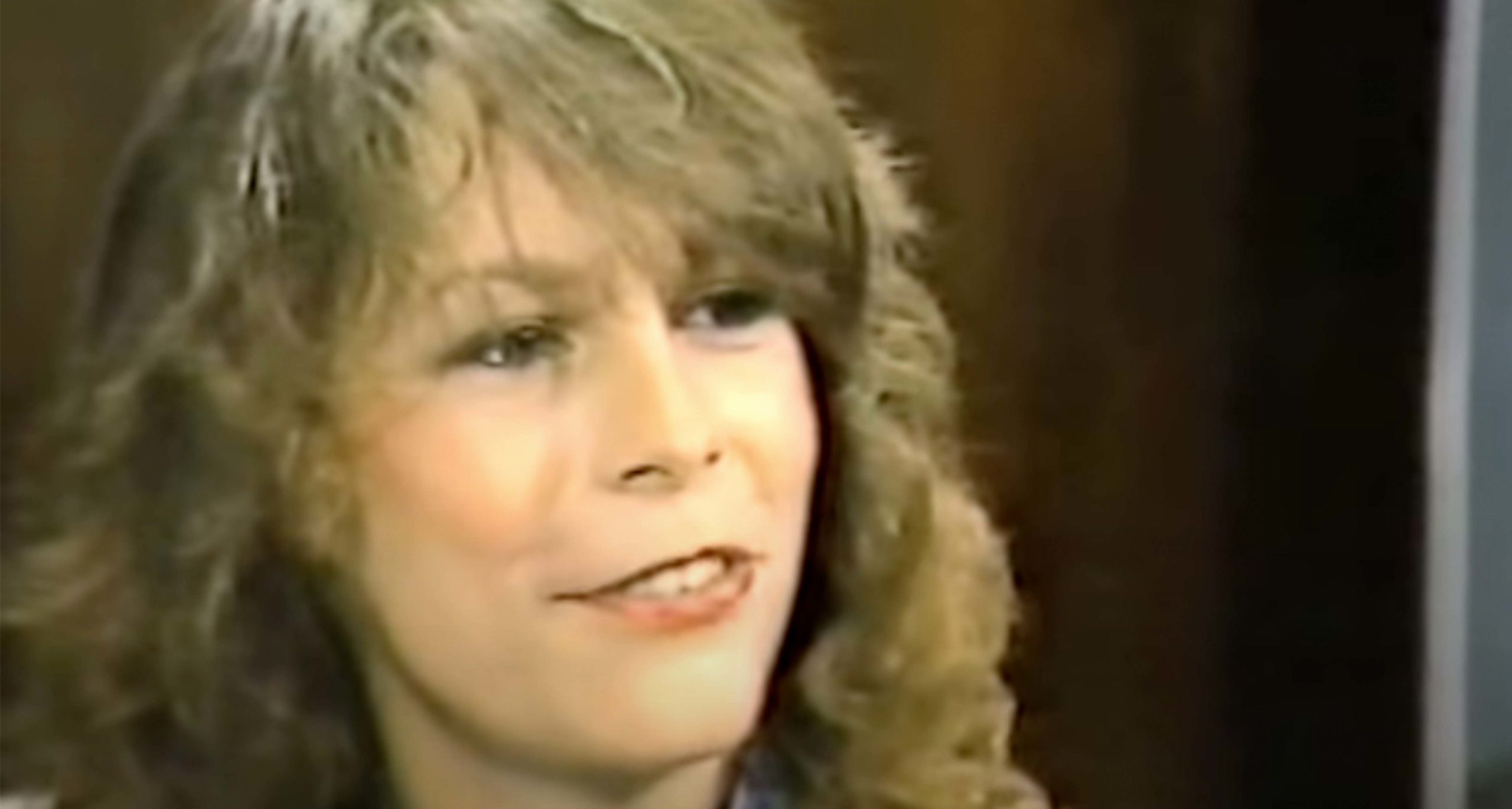 “It screwed with my head,” she added.

First work in television and ‘Halloween’ success
“You’re a child trying to develop an identity and a sense of self-worth, and all this Hollywood stuff plagues you and makes you kind of wonder who you are. Then you’re twelve through eighteen, and you’re developing sexually and emotionally. And it’s hard. My time in high school was just a f*cking killer.”

In 1975, Jamie’s mother, Janet Leigh, left for Broadway. Jamie went with her and enrolled at the Connecticut Boarding school, Coate.

It didn’t take long before she also wanted to pursue a career in acting and tried out for a role as teenage detective Nancy Drew. After only one semester at the University of the Pacific, Jamie Lee Curtis dropped out to fulfill her dream of working in show business, just like her parents.

Curtis was able to pick up further minor roles, including in the television series Columbo. She got her big breakthrough when she turned 20, starring in John Carpenter’s legendary horror film Halloween.

As with actors who show prominent talent in one specific field, the horror flick success gave Jamie Lee Curtis more roles in the same genre. She went on to star in the 1980 films Prom Night and The Fog, as well as the sequel to Halloween, Halloween II. 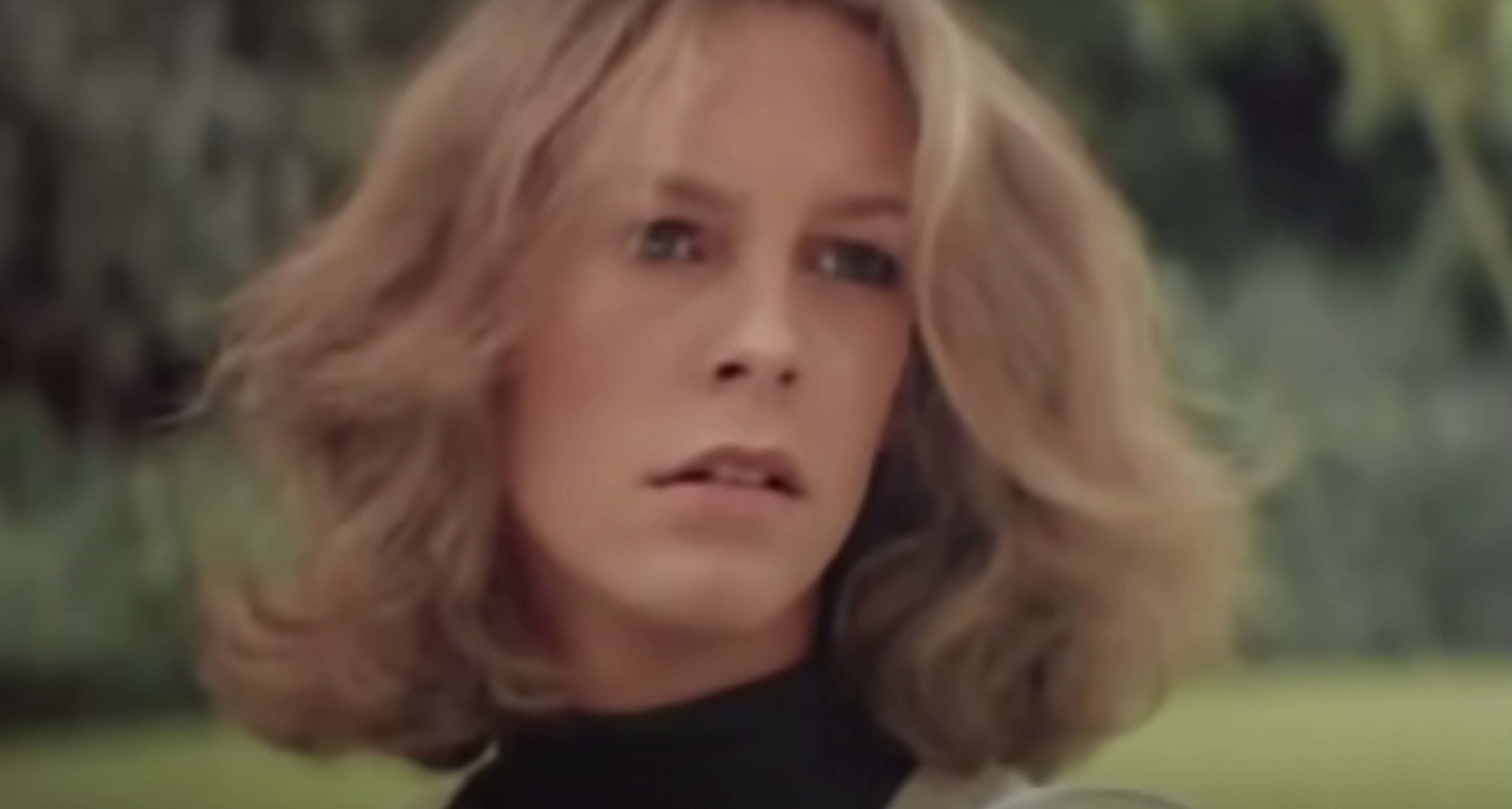 Curtis became known as “Scream Queen” due to the amount of horror films she appeared in. When it comes to watching them, though, she is absolutely terrified.

“I do not like horror movies. I do not say this for a joke, although it gets a laugh, I really don’t,” Curtis told NME.

Jamie Lee Curtis – films, awards, net worth
“There’s nothing I like about being scared. I’m this person [puts hands over her face]. I sing songs to myself when things are terrifying. I mean, [explicit] Aladdin scared me. I’m not joking! You know when Jafar becomes a dragon? With his red eyes and stuff? That sh*t scared me.”

Jamie would eventually move on to star in films outside the horror genre, taking lead roles in films such as Love Letters (1983) and working alongside John Travolta in the 1985 film Perfect.

As the 1990s approached, she got one of her most acclaimed roles as she starred in the comedy A Fish Called Wanda. She also went back to working in television, earning a Golden Globe Award for Best Performance by an Actress in a Television Series – Comedy or Musical for her performance in the sitcom Anything But Love.

Curtin won her second Golden Globe in 1995 – for Best Performance by an Actress in a Motion Picture – Comedy or Musical – for her performance in the film True Lies, where she worked alongside Arnold Schwarzenegger.

Though Curtis work across several genres, she did return to horror. In 1998, the film Halloween H20: 20 Years Later premiered. As recently as 2018, the original “Screen Queen” reprised her role as Laurie Strode once again in Halloween.

According to Celebrity Net Worth, she has a net worth of around $60 million. The next film in her filmography – Halloween Ends – is set to be released in 2022.

Jamie Lee Curtis – family, husband, children
Amidst working as a well-respected and appraised actor, Jamie Lee Curtis was also able to find her true love. In 1984, she married Christopher Guest, and they’re still together today.

Christopher also works as an actor, and is mostly known for his role in the 1984 film Spinal Tap. Though they dated a while before marrying, Jamie Lee Curtis already knew that she was to marry him before they had ever met.

“[Producer and co-writer of Halloween Debra Hill] and I were flipping through a Rolling Stone magazine when I turned to a photograph of three men,” Curtis wrote in a piece for Oprah.com.

“I looked at the man on the right, wearing a plaid shirt and a waggish smirk. I’d never seen him before, but I pointed at him. ‘I’m going to marry that man,’ I said to my friend.”

That person was Christopher, and through their agents, they exchanged phone numbers. 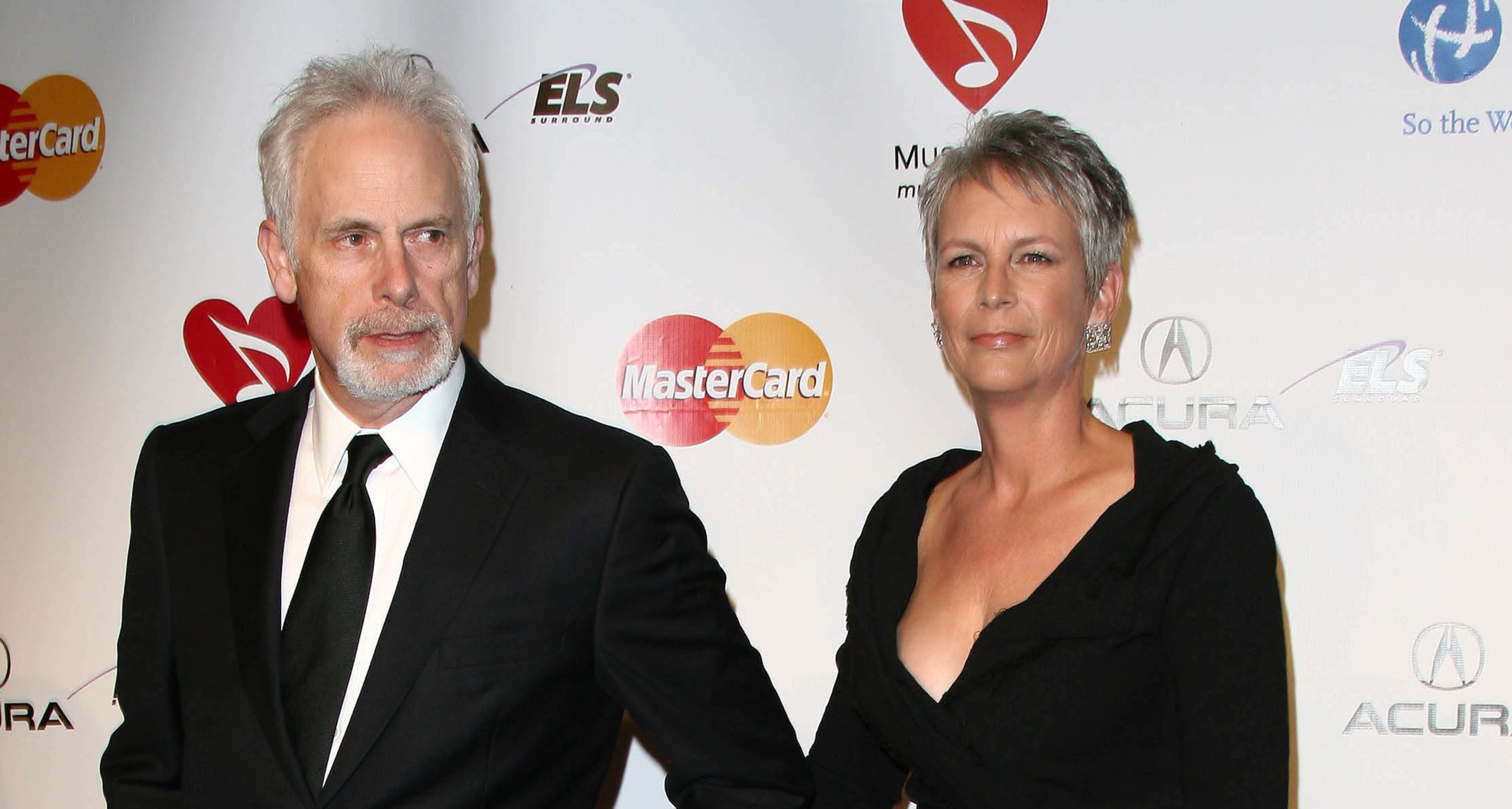 However, he never called her, and Jamie began dating someone else. After dropping her then-date for a “friendly but final goodbye” at the airport, she went to a restaurant for dinner.

Their secret to staying married
“I glanced up and found myself staring straight at Chris, three tables away. He waved to me as if to say, ‘I’m the guy you called.’ I waved back: ‘I’m the woman who called you.’ A few minutes later, he got up to leave. Standing 20 feet away, he shrugged his shoulders and put up his hand as if to say, ‘I’ll see ya.’”

In July 1984, they had their first date – by December, the couple had tied the knot. Jamie Lee Curtis and Christopher adopted two children in the 1980s and 1990s, Annie (born in 1986) and Ruby (1996). Ruby was previously known as Thomas, and has come out as transexual.

“It was scary — just the sheer fact of telling them something about me they didn’t know,” Ruby told People in 2021. “It was intimidating — but I wasn’t worried. They had been so accepting of me my entire life.”

So what’s their big secret to staying married for such a long time? According to Curtis, it’s pretty simple.

“Don’t get divorced,” she told Today. “It’s a fascinating thing. I could write a book on marriage called Don’t Leave.”

Now, many people in Hollywood – and of course, other places – choose to go through plastic surgery. Simon Cowell and Janice Dickinson are just two examples of people who have had procedures. 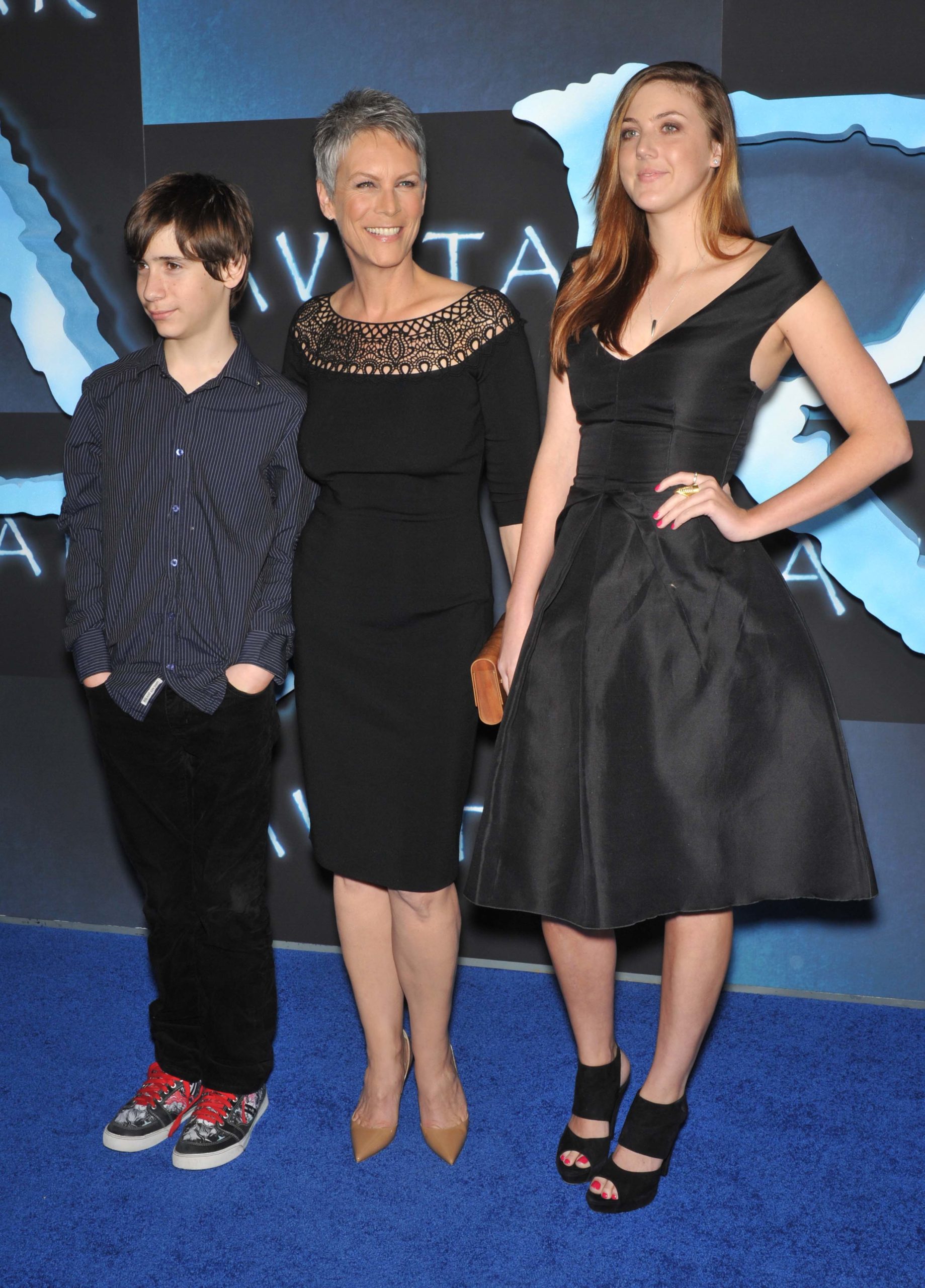 As for Jamie Lee Curtis, she received plastic surgery after a cameraman commented about her “puffy eyes” on set.

Jamie Lee Curtis – plastic surgery and procedures
“I naturally had puffy eyes. If you see photographs of me as a child, I look like I haven’t slept. I’ve just always been that person, and we were shooting a scene in a courtroom with that kind of high, nasty fluorescent light, and it came around to my coverage in the scene, and [the cameraman] said, “I’m not shooting her today. Her eyes are too puffy,” Curtis told Variety.

“I was so mortified and so embarrassed and had just so much shame about it that after that movie, I went and had routine plastic surgery to remove the puffiness.”

In a 2002 interview with More, Jamie Lee Curtis revealed that she had undergone several more procedures, including a “little lipo” and some botox. Afterward, though, she felt ripped off.

“None of it works. None of it,” Jamie told More.

“It’s such a fraud. And I’m the one perpetuating it.”

It’s been two decades since the More interview – and Jamie Lee Curtis feels precisely the same. Not only that, but she hopes that no one else will undergo plastic surgery to look younger and instead encourages people to embrace aging naturally.

“I would hope a young person would look at me with my grey hair and wrinkly face and say, ‘That’s cool that you are who you are,’” Curtis told Glamour UK in 2019. 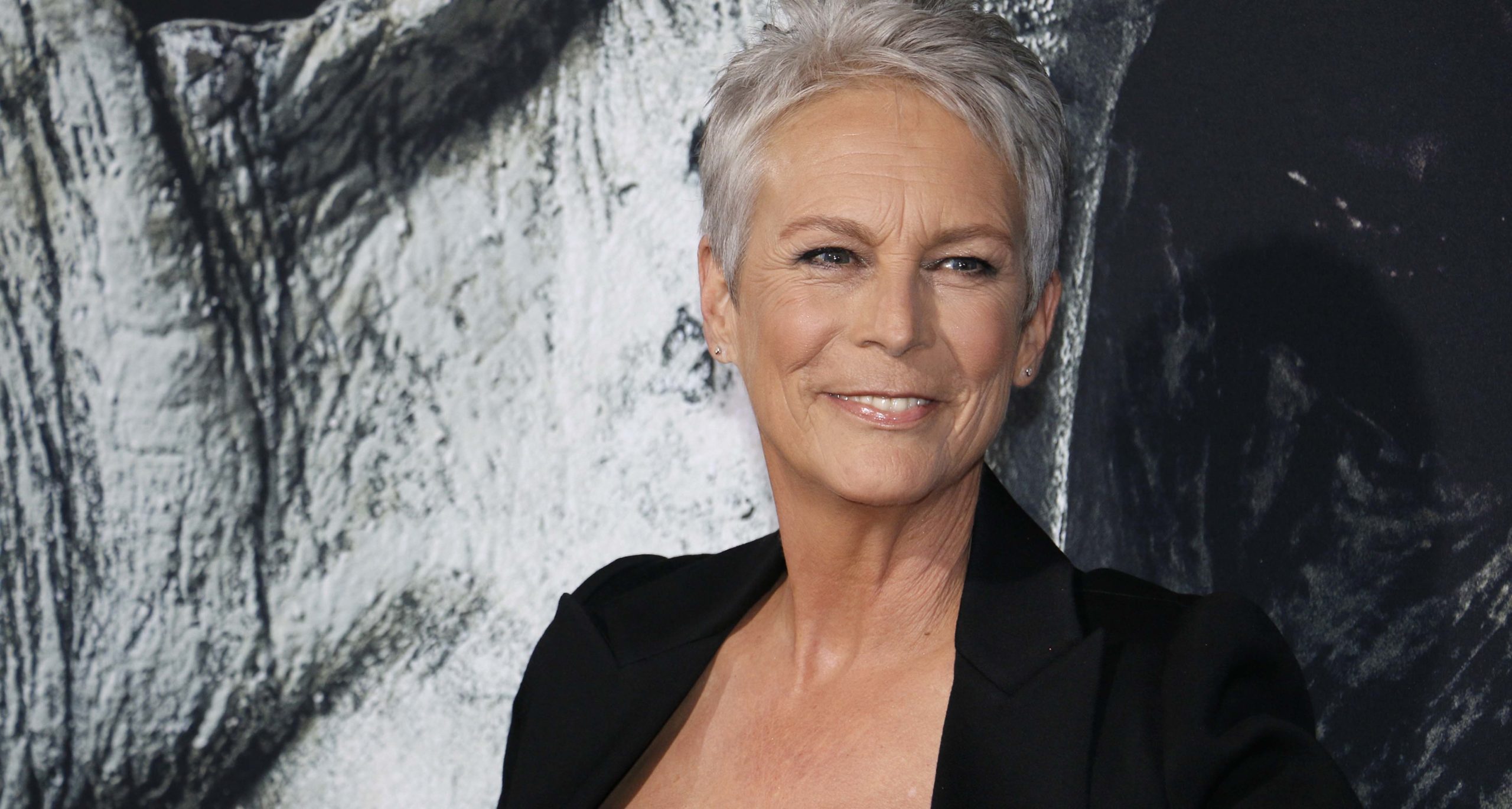 Speaking to Lorraine Kelly, the 63-year-old actress said that she always has advocated natural beauty, mainly since she’s had “the trail and error of the other part.” Curtis – who doesn’t believe in “f**king with your face,” also expressed that she used the same logic with her hair when she noticed some grey spots.

“Wiping out generations of beauty”
“I tried to everything you can do to your hair,” she said. “Personally, I felt it was humiliating.”

It’s safe to say that Jamie Lee Curtis won’t do any more procedures in her lifetime. She said it’s “wiping out generations of beauty” and told Fast Company that she is concerned about society’s “obsession” with cosmetic procedures.

“The current trend of fillers and procedures, and this obsession with filtering and the things that we do to adjust our appearance on Zoom are wiping out generations of beauty. Once you mess with your face, you can’t get it back,” Jamie Lee Curtis said.

“We just don’t know the longitudinal effect, mentally, spiritually and physically on a generation of young people who are in agony because of social media, because of the comparisons to other.

“All of us who are old enough know that it’s all a lie. It’s a real danger to young people.”

Jamie Lee Cutis is a true role model to speak out, not only about accepting and appreciating our aging beauty but also admitting that she’s actually undergone plastic surgery herself.