When she was born, she weighed barely 1 pound, and the doctors feared she wouldn’t make it.

A tiny girl from India who was born weighing less than a chocolate bar has survived despite the astronomical odds stacked against her.

Manushi was only 14 ounces when she was born at 28 weeks, and the size of her foot was about the same as her father’s thumbnail. Manushi is six months old now.

The decision to deliver the baby through the emergency cesarean section was taken after her mother became unwell and her life was in danger.

She was only 8.6 inches long, with skin as thin as paper, lungs, heart, brain, and kidneys that were underdeveloped. 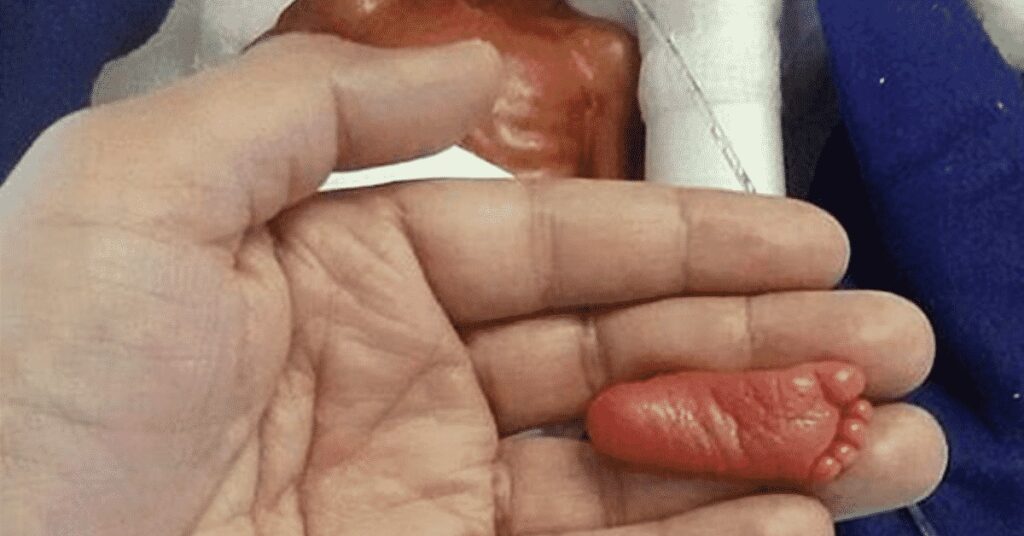 Unbelievably, she will be discharged from Jivanta Children’s Hospital in India’s neonatal intensive care unit, where she has been a patient for the previous six months. The next week is when she is expected to be discharged.

She has kept her weight at 5.2 pounds, which is healthy.

She is referred to as their own miracle by her 48-year-old mother Seeta and 50-year-old father Giriraj, both of whom are from Rajasthan, India.

Manushi “kept battling and fighting and struggling against all of the challenges, but she’s made it,” Seeta said of her.

Seeta had dangerously high blood pressure throughout her pregnancy, and an ultrasound at 28 weeks showed that the placenta was not receiving enough blood, according to the results.

Manushi was put on a ventilator and sent to the intensive care unit after the medical team decided to perform an emergency cesarean section on her on June 15.

She was thought to have a 0.5 percent chance of surviving.

Dr. Sunil Janged, the hospital’s head neonatologist, said, “When the kid was born, we did not know what could happen.” 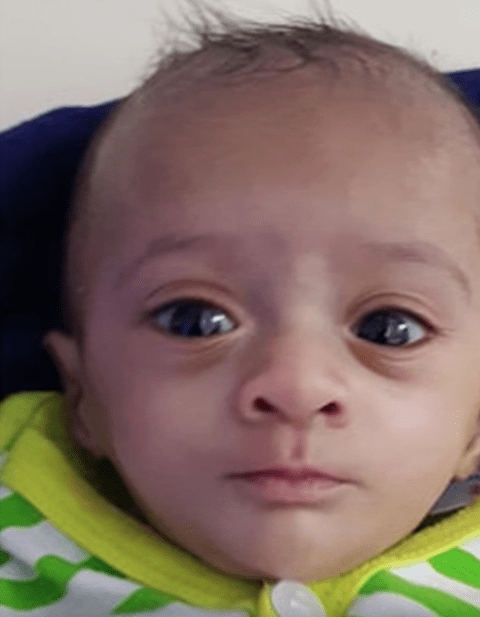 She was put on an advanced respiratory support ventilator right away since she was having problems breathing so that her lungs, which were still maturing, could expand.

She was unable to be fed adequately due to the immaturity of her intestines.

We were forced to begin the newborn on total parenteral nutrition, which entails supplying all required nutrients directly into the bloodstream. Amino acids, lipids, carbohydrates, minerals, multivitamins, and trace elements are some of these nutrients.

Her brain and eyes are currently developing regularly, and she very gradually began breathing on her own.

The hospital’s director, Dr. Sunil Janged, said, “We decided to save the life of the baby and offered her essential medical treatment and attention because we wanted to send out a message that a child must be protected. We provided her with the appropriate medical attention and care.”

Female infanticide is a widespread practice in states like Rajasthan, thus individuals there must speak up and do something to stop it.

Emilia Grabarczyk, who was born in Witten, Germany in 2015 and weighing 8 ounces at birth, is thought to be the tiniest child ever to be born.

For the previous 20 years, the 60-year-old woman had been attempting to conceive.
A 9-year-old with cancer meets his baby sister just before he passes away: whispers 10 phrases that bring parents to tears