We send our condolences and prayers to the legendary Jerry Lee Lewis’ family during this difficult time.

Rock musician and pianist Jerry Lee Lewis, 87, has died. He was the author of classic songs including “Great Balls of Fire” and “Whole Lotta Shakin’ Goin’ On.” Lewis was a pioneer and a key role in the development of rock ‘n’ roll.

The information was made public a day after TMZ falsely reported the singer’s passing and claimed to have received it from a person posing as his representative. He was later found to be still alive and residing at his Memphis home. 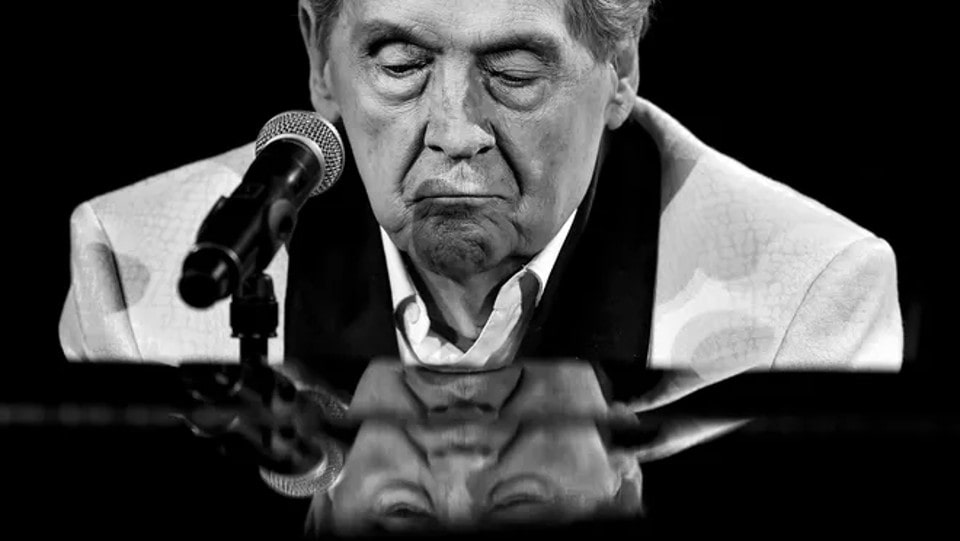 Lewis, also known by the stage name “The Killer,” became well-known in the 1950s, as rock ‘n’ roll was beginning to catch on with young people in America. Lewis is regarded as the genre’s creator, and his electrifying stage presence and bad-boy persona contributed to the sound and image of the subgenre.

Lewis said, “I had developed rock and roll before anybody ever dreamed of having rock and roll,” in an interview with Rolling Stone in 2014. He was rockabilly when Elvis initially made his appearance. “When I published “Whole Lotta Shakin’ Goin’ On,” that was rock and roll. The phrase “rock & roll” was first used at that time.”

Lewis was known for incorporating stage antics into his performances, which amazed and pleased audiences, such as putting the piano on fire and playing the instrument with his feet. 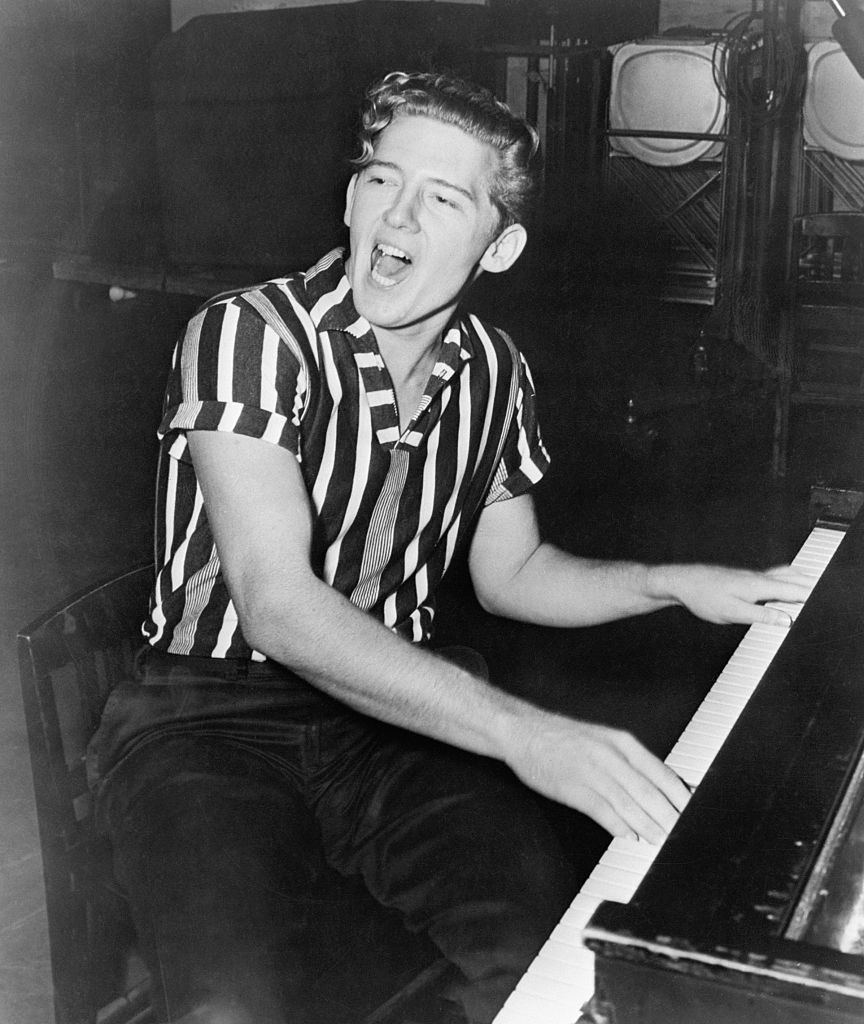 In his prime, he faced up against big-name performers like Elvis Presley. He achieved early-rock fame with the 1957 releases of “Great Balls of Fire” and “Whole Lotta Shakin’ Goin’ On,” two timeless songs.

Both songs made it onto Rolling Stone’s list of the top 100 songs of all time and had a big influence on the rock genre.

In “Whole Lotta Shakin’ Goin’ On,” Jerry Lee “began to indicate that in this new developing genre called rock ‘n’ roll, not everybody was going to stand there with a guitar,” according to critic Robert Gordon.

It has also been referred to as “the perfect rock ‘n’ roll record” by Elton John.

Elton John has reportedly proclaimed the finest rock and roll pianist ever in 2007 according to Rolling Stone. “I couldn’t play like him since he plays so swiftly.” 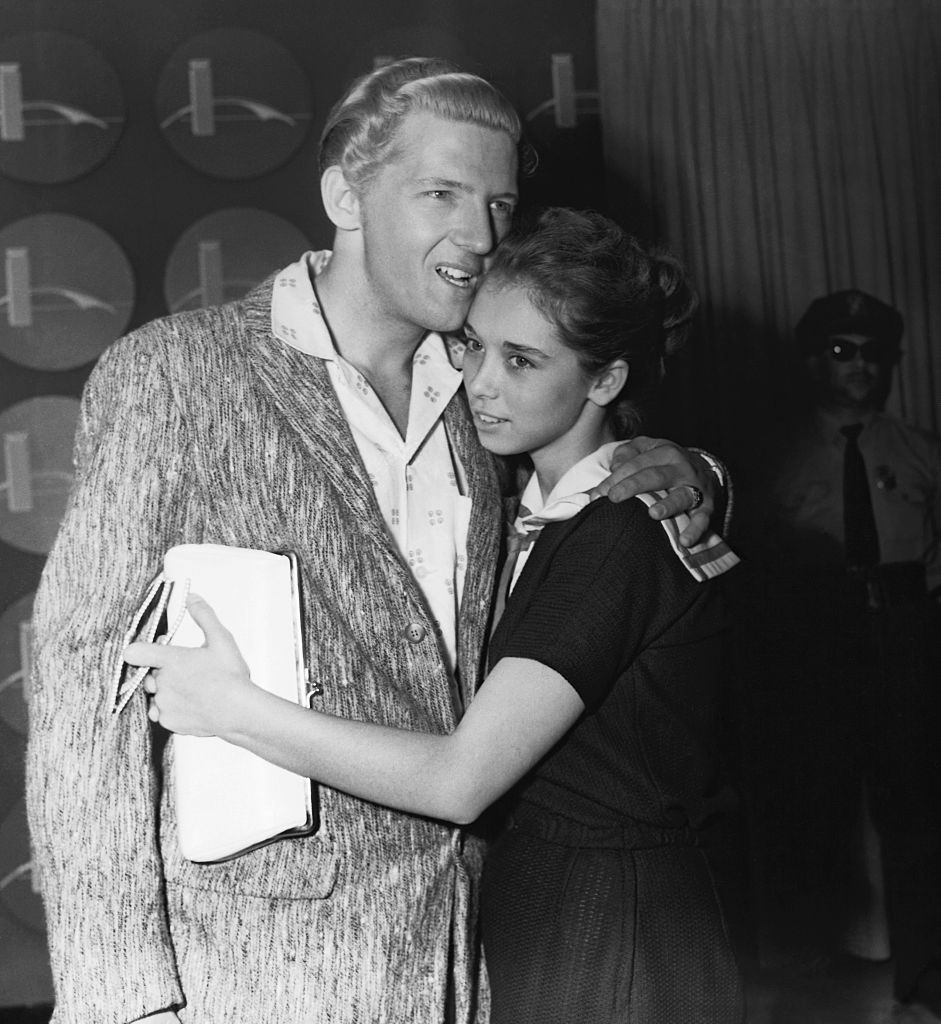 Despite the fact that Lewis was a pioneer of rock ‘n’ roll, his career and reputation were undoubtedly impacted by his scandalous personal life.

The most well-known incident involved his marriage to Myra Gail Brown, Lewis’ second cousin who was 13 at the time. Lewis was still married to his first wife when they married.

Due to the publicity surrounding the incident, Lewis was restricted to smaller venues and struggled on the music charts, which had a detrimental effect on his career. But after transitioning to country music, he later gained fresh success.

His personal life, however, was plagued by sorrow and scandal: in 1962, his 3-year-old son Steve Allen Lewis drowned. His marriage to Myra was rocky, and they split up in 1970.

Lewis accidentally shot his bassist in the chest while shooting his office in Nashville, resulting in Lewis’ arrest in 1975. Lewis also struggled with substance abuse.

There was yet another scandal after Shawn Stephens, his fifth wife, passed away in 1983. Lewis was accused of impropriety, which he adamantly denied, despite the fact that an accidental methadone overdose was stated as the cause of death.

He reportedly told the LA Times in 1984 that “they’re trying to slaughter me.” ” People have been trying to prove that I am the wrong kind of person for thirty years. But finally, justice will win out. My morals are clear to see.”

However, Lewis’ influence to the growth of rock ‘n’ roll cannot be disputed, and other musicians have long admired his original creativity. He was one of the original founders into the Rock & Roll Hall of Fame.

He was one of the few artists to win both awards, and he was inducted into the Country Music Hall of Fame just a few days before he passed away.

Lewis died at his home in Desoto County, Mississippi, from “natural causes,” according to his agent.

Several other musicians praised Lewis’ talent and legacy after his passing.

May you rest in peace, Jerry Lee Lewis, one of the great pioneers of rock ‘n’ roll music.

The authorities broke into the house after receiving an anonymous phone call.
They saw a strange pit emerging in their lawn one morning!