It’s not easy to find a job during the pandemic.

Small businesses are suffering one by one with restricted guidelines due to lockdown or social distancing.

An UberEats driver struggles with his work and life as he can barely make ends meet.

Making $1 after a 45-minute delivery became the tipping point for him (no pun intended).

He filmed himself pleading that customers sympathize with drivers because, honestly, the company is not paying them enough.

At least, not enough to allow him to pay rent and stay away from the streets.

Then, there are the horrible tips that people give, assuming they tip at all.

Riley Todd struggles with rent because he made only $1 after a 45-minute delivery. 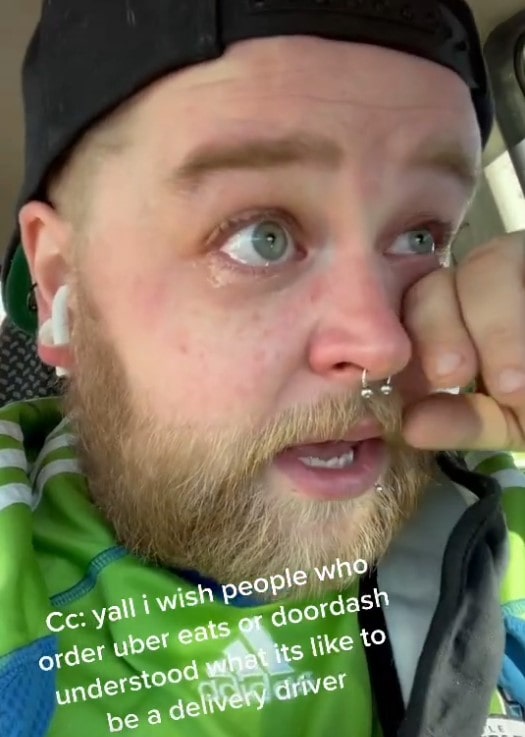 This heartbreaking raw video from Riley went viral with more than 2.3 million views on TikTok alone. On Twitter, it has been seen 3.7 million times. 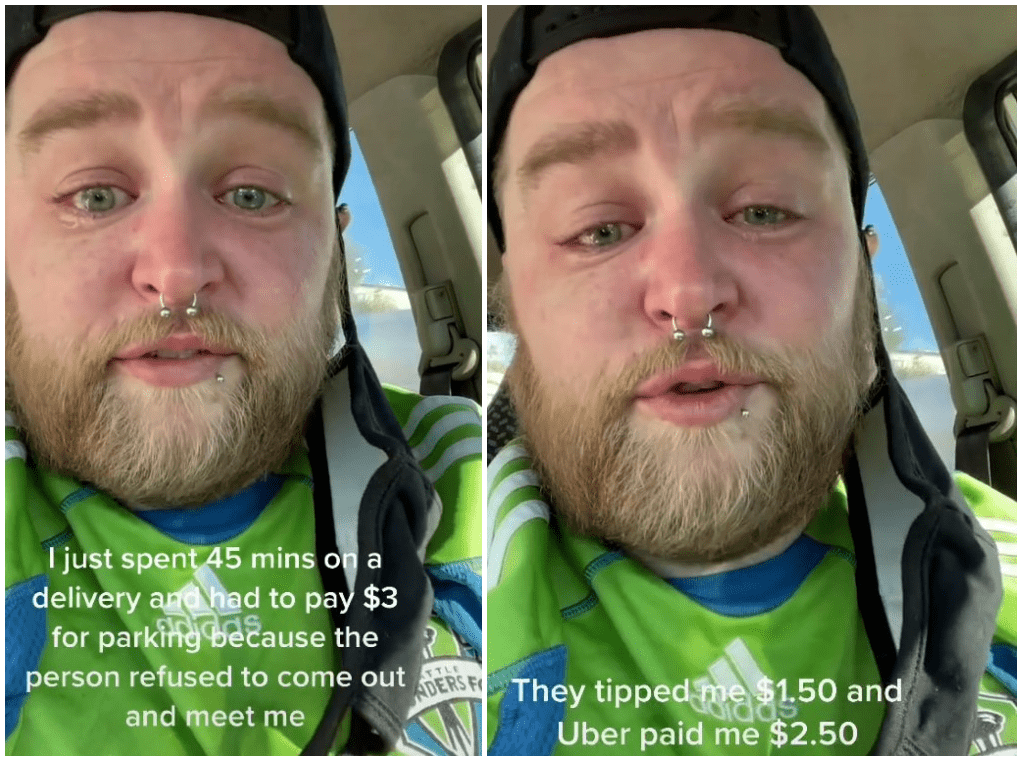 As he tried to hold himself back from crying, Riley explained what just happened.

After spending 45 minutes on an order, he had to pay $3 for the parking because the customer refused to come down.

He slapped the reality of his job as a service worker in a country that is heavily dependent on tipping. 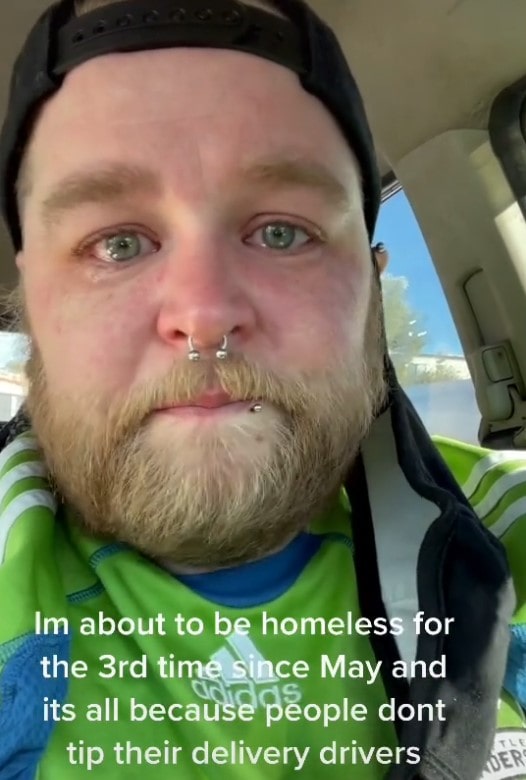 His plea has been heard – Riley explains that he’s been sent $40,000 which he shared with others in need! 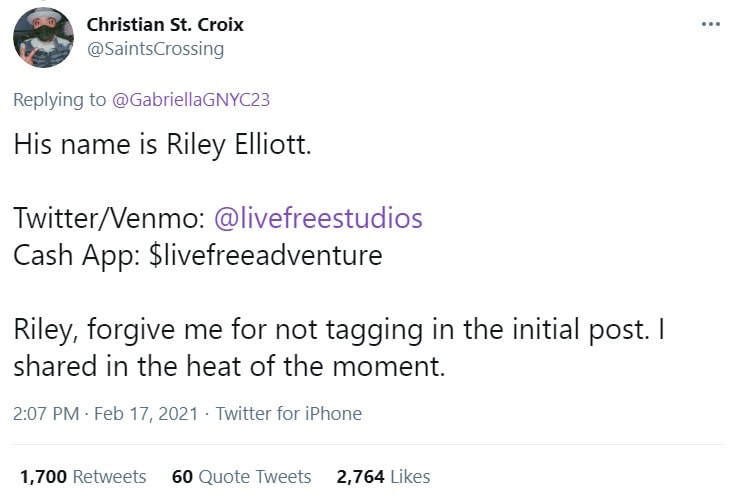 The Seattle Sounders soccer team had also noticed that Riley was wearing their jersey and sent him $500. Seattle Times also reported, “The club’s donation prompted a spontaneous tip challenge where, according to Elliot, supporters for the Sounders, Los Angeles FC and Portland Timbers aimed to one-up each other in donations to Elliot’s Venmo and Cash App accounts.”

If you do not tip your delivery driver there is a very special place in hell for your lazy ass that could not be bothered to get your food. Also these services should require a minimum tip of 15% especially during this time. 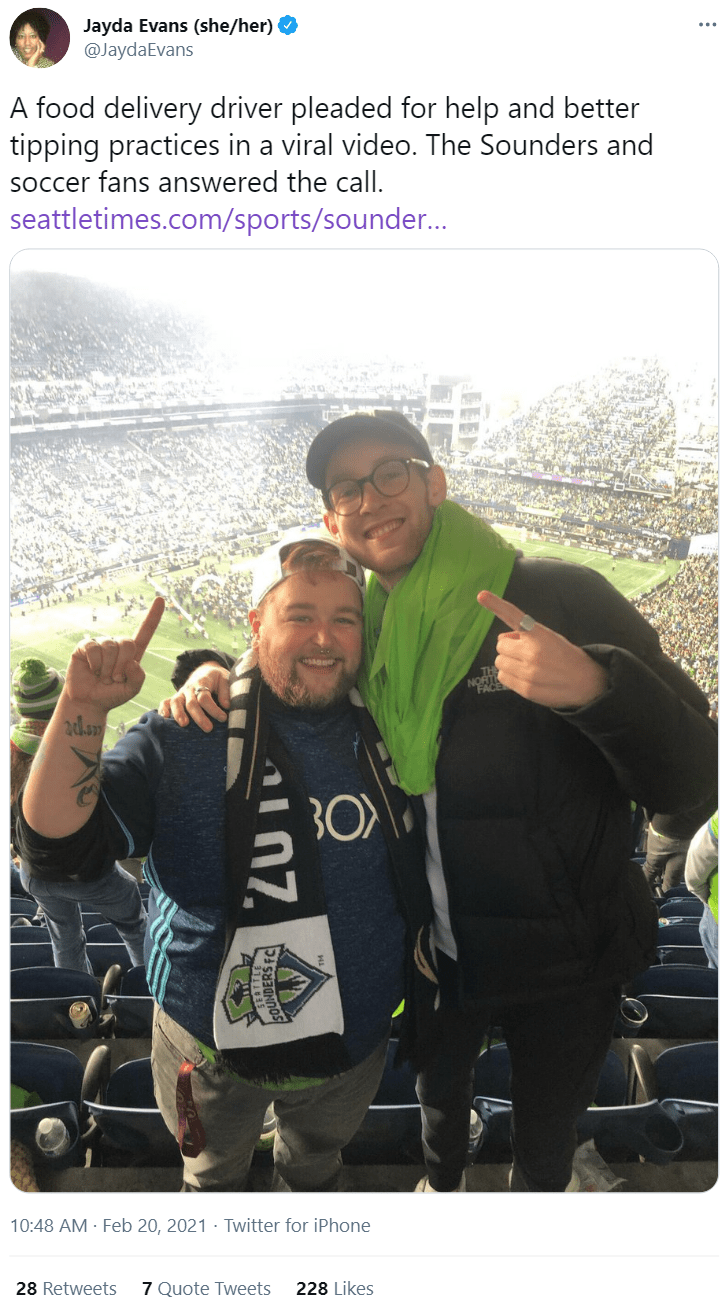 From his donation, $12,000 was used to help people struggling with electric bills or medications. A significant amount was also sent to struggling Texans from a prolonged power outage in the middle of a harsh winter storm. 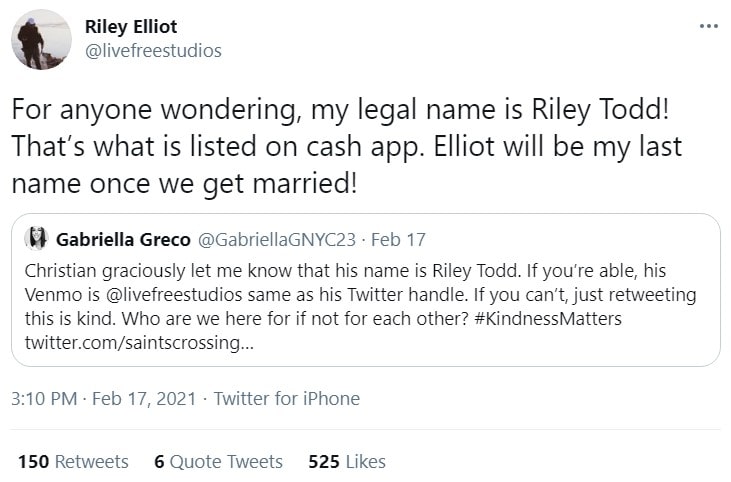 Riley reveals that he’d been laid off once in 2017 and then again after the pandemic caused the business he worked for to shut down. Regarding the video where he vented, he admitted that he might have blamed the wrong side.

Something needs to change now. 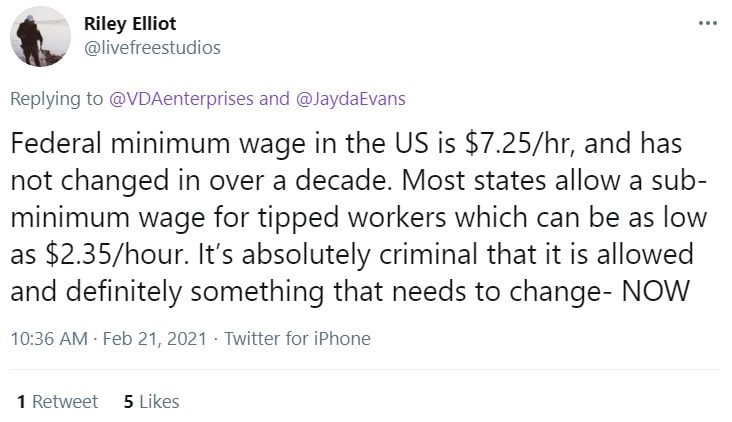 In a different TikTok video where he’s calmer, he clarified one thing. 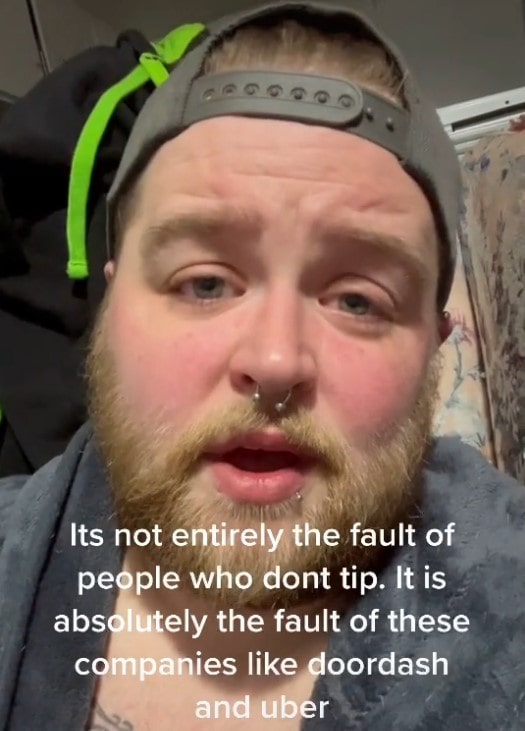 Riley thinks it’s how companies would “charge extreme delivery fees and pay their drivers $2.” However, America is a society that relies on and sees tipping as an irreplaceable factor of a service worker’s wage. But it’s really about time that this changes.