Thomas Gibson became a worldwide star through his work on Dharma & Greg and most famously for his role as “Hoggs” on Criminal Minds. The actor stayed on the show for 15 years. But all of a sudden, he was gone, as Gibson got fired from Criminal Minds.

However, at the same time, the now-59-year-old actor had other problems, as he went through with a divorce. He and his now-ex-wife, Christine Parker, were married for more than 20 years. But in 2018, the two ended their union for good — and neither Christine nor Thomas wanted the divorce to be public because of one big reason.

So what is Thomas Gibson doing today? And what really happened on Criminal Minds that got him fired? This is all you need to know. 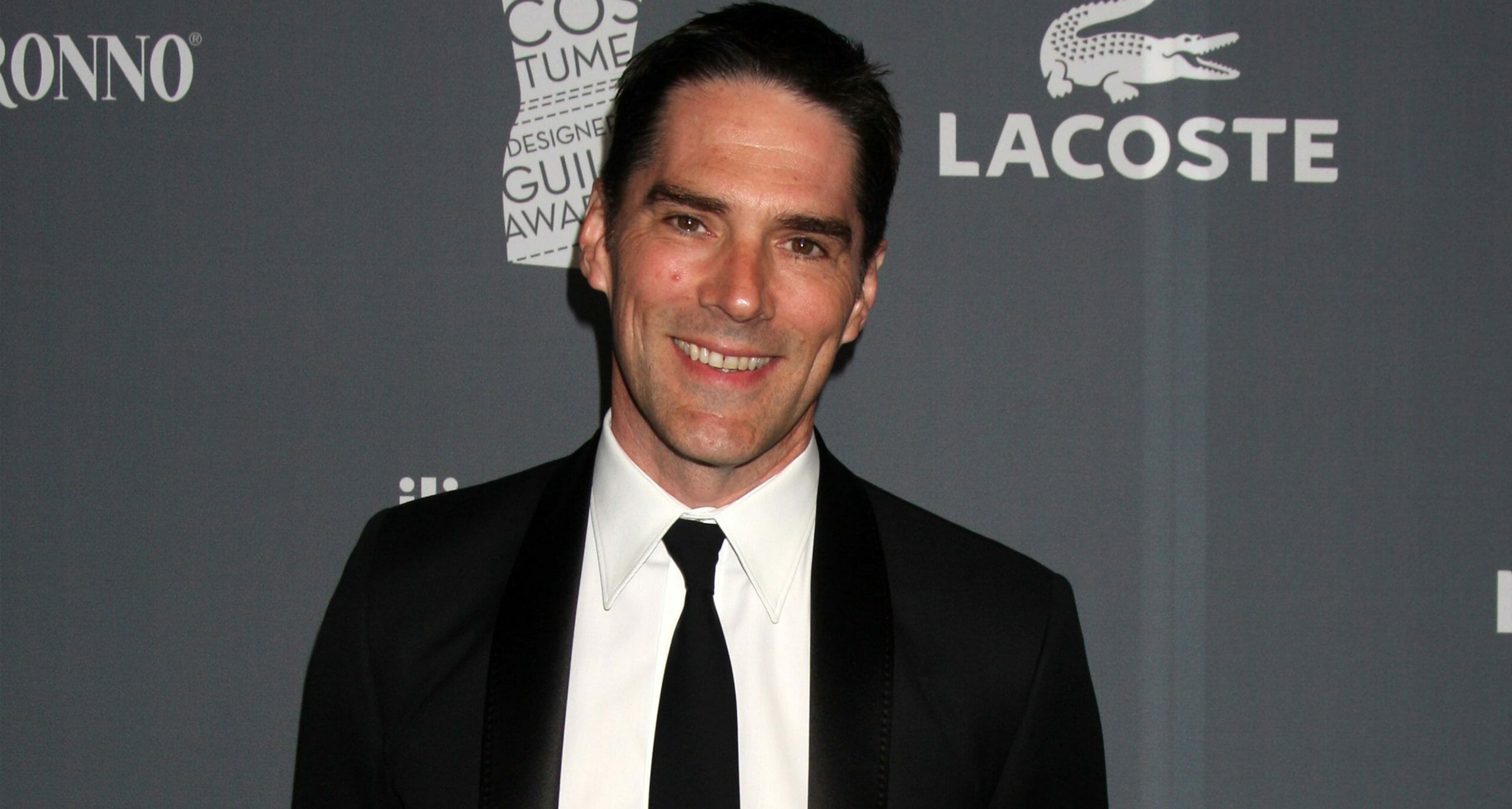 On July 3, 1962, Thomas Gibson was born in Charlestown, South Carolina. The youngest of four siblings, his mother worked as a social worker, and his father as a lawyer.

Being the youngest of four children was a challenge, but it was also a gift for Gibson.

Already as a young child – at age eight – he found a passion for acting, but it all started in a local pizza restaurant.

“We would go to a pizza parlor afterward, and I was a big Louis Armstrong fan. Somehow, I found myself on stage with the little Dixieland band at the pizza parlor doing a Louis Armstrong impersonation when I was eight years old,” Gibson said in an interview with PBS’ American Master.

Thomas Gibson’s mother found an audition to a local production of Life with Father, but he didn’t get it. Nevertheless, he soon became very passionate about being on stage and took after-school classes. The local theater was run like a professional theater, and for a young Thomas, it was the perfect place to start.

“I don’t think I quite understood what you know about the art of acting at that point,” he said. “It was probably more just about getting up in front of people and learning my lines and not bumping into the furniture. It was a world in which I felt very grown-up, and it was really fun. Even though I did a lot of children’s theater and played dogs and cats, rats and mice.” 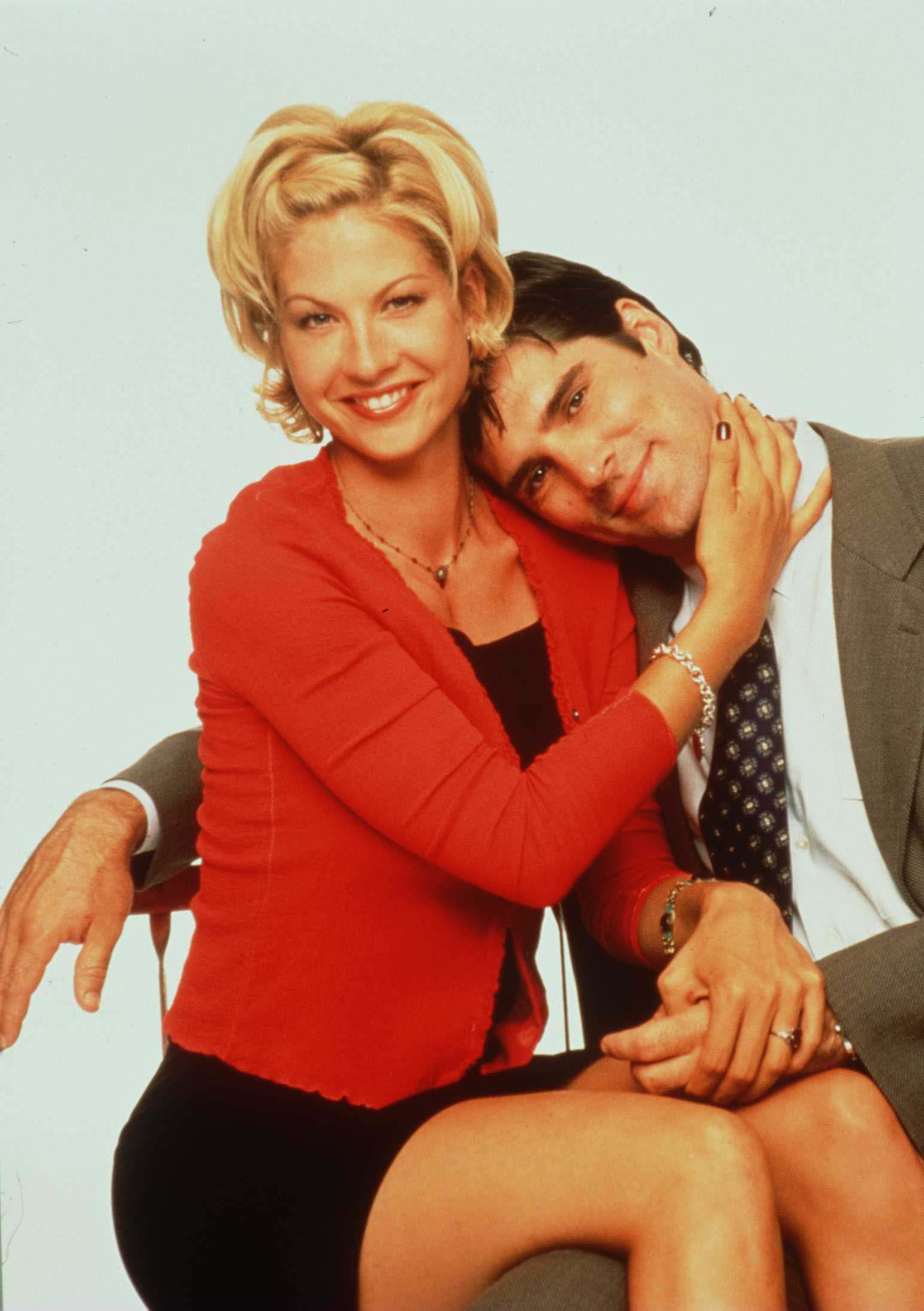 Thomas Gibson started performing and studied acting with the Footlight Players at the Dock Street Theater, as reported by IMDB. In 1973 – at age 10 – he starred in his first play, and six years later, he attended the College of Charleston in his hometown.

Gibson performed and studied with the Footlight Players at the Dock Street Theater and starred in his first play in 1973. Six years later, Gibson attended the College of Charleston and later interned at the Alabama Shakespeare Festival.

Even though theater and acting were a great way of learning, Thomas Gibson soon found himself on his way to bigger things. He applied to the famous Julliard School in New York, where he won a scholarship and graduated with a Bachelor of Fine Arts degree in 1985. The same year, he made his professional stage debut in David Hare’s production of A Map of the World.

Thomas Gibson entered the world of filmmaking in the late 1980s, starring in several television series. He appeared on 15 episodes of As the World Turns in 1989 and continued to star in his first film, Far and Away, in 1992. Between 1994 and 1998,

Gibson was a regular on the television series Chicago Hope – before he got his first significant breakthrough role as Greg Montgomery on the television show Dharma & Greg. Starring alongside Jenna Elfman, Thomas Gibson became a household name, and the show had top ratings for serval years.

Also, Gibson became two-time nominated for a Golden Globe in the series, for Best Performance by an Actor in a Television Series – Comedy or Musical. 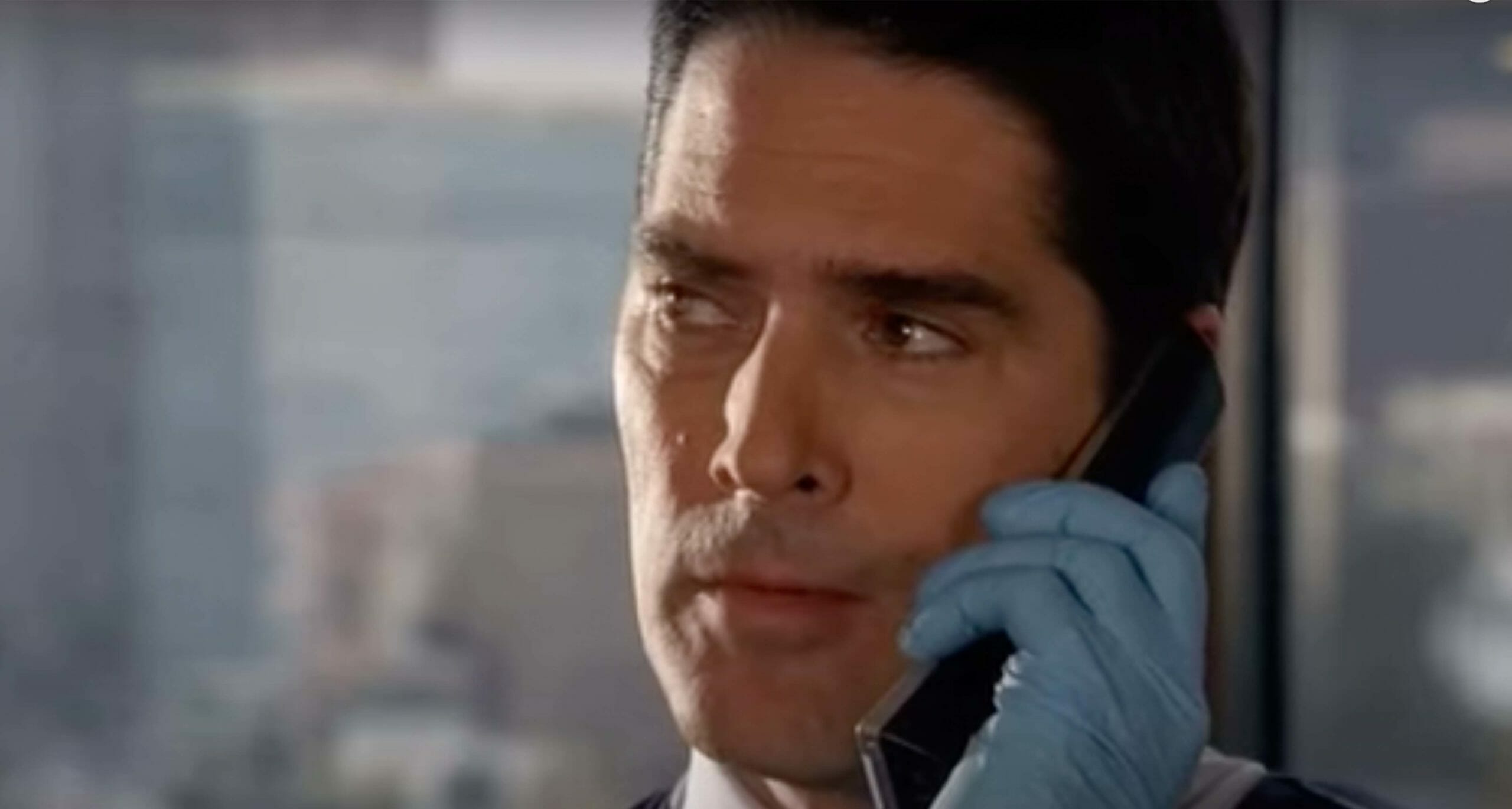 “We hit it off as actors, and as people, and that contributed to the characters,” Gibson told The Canadian Press about the show’s success. “That’s the sort of thing you can’t fake. It was something we never questioned. It was just there and fun. two actors who found each other and enjoy each other.”

After 199 episodes, Dharma & Greg got canceled in 2002 due to bad ratings. But it didn’t take long before he had found a new, massive project.

In 2005, Thomas Gibson was cast as Aaron Hotchner in the new crime drama series, Criminal Minds. The show became a massive success initially, and for Gibson, it meant becoming a major celebrity.

“One of the things that’s great about working on series television is getting to develop a character,” Gibson said of his character, nicknamed “Hotch.” “I knew some of the places I wanted to take him, I knew some of the things that were important to him at the beginning, but you don’t know because you haven’t taken what you feel you know about the character and plugged him into a series of situations yet.”

“It’s sort of constantly educational for me to find the character in a different situation and to investigate, no pun intended, how he reacts to each of the situations.”

Criminal Minds was filmed in Los Angeles. When it started, Gibson was living in San Antonio and commuted to Hollywood to film the show. However, in the beginning, one detail about the filming locations almost made him not do the show. 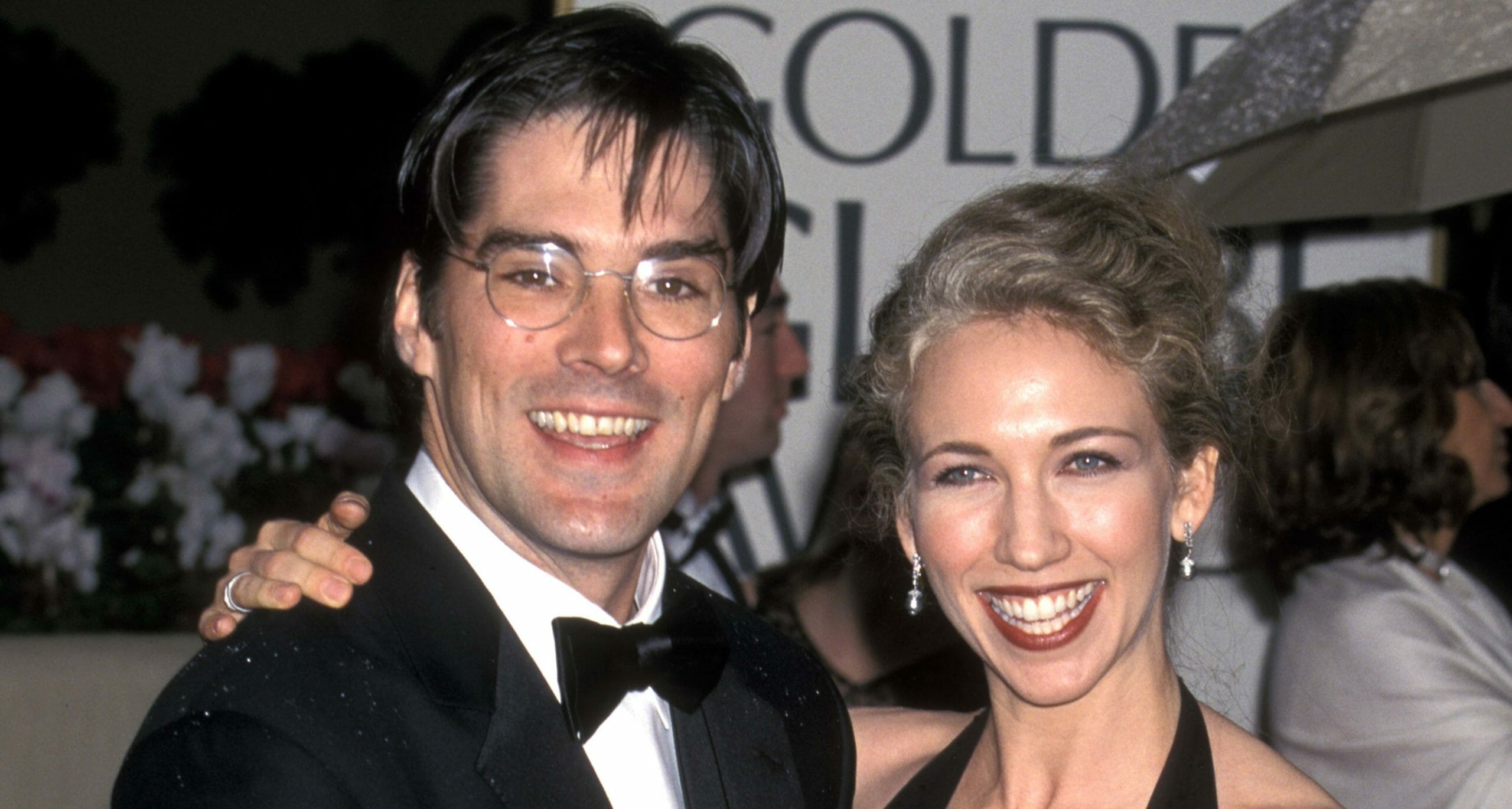 “Originally, they were looking at Vancouver,” he told San Antonio Magazine. “which would have been a very different thing – definitely a trickier if not impossible commute. I am very glad we ended up in LA.”

Why was Thomas Gibson fired from ‘Criminal Minds’?

Between 2005 and 2016, Thomas Gibson starred in 256 episodes of Criminal Minds. However, his tenure on the show came to an abrupt ending, as he was fired from the show.

So what really happened? According to the studio, Gibson was said to have kicked a producer – Virgil Williams – on the show. Also, he was known to have had a violent outburst involving an assistant director on Criminal Minds back in 2010. Further, Variety reported that Gibson was saying foul things to several cast and crew members over the years.

The decision shocked fans, and Thomas Gibson left for good. At the time, he issued a statement about leaving Criminal Minds, saying he had put his “heart and soul into it for the last twelve years. “

A month later, Gibson was interviewed by People Magazine about the incident, saying that it took years to make a good reputation and minute to damage it.

“We were shooting a scene late one night when I went to Virgil [Williams] and told him there was a line that I thought contradicted an earlier line,” Thomas Gibson explained. “He said, ‘Sorry, it’s necessary, and I absolutely have to have it.’” 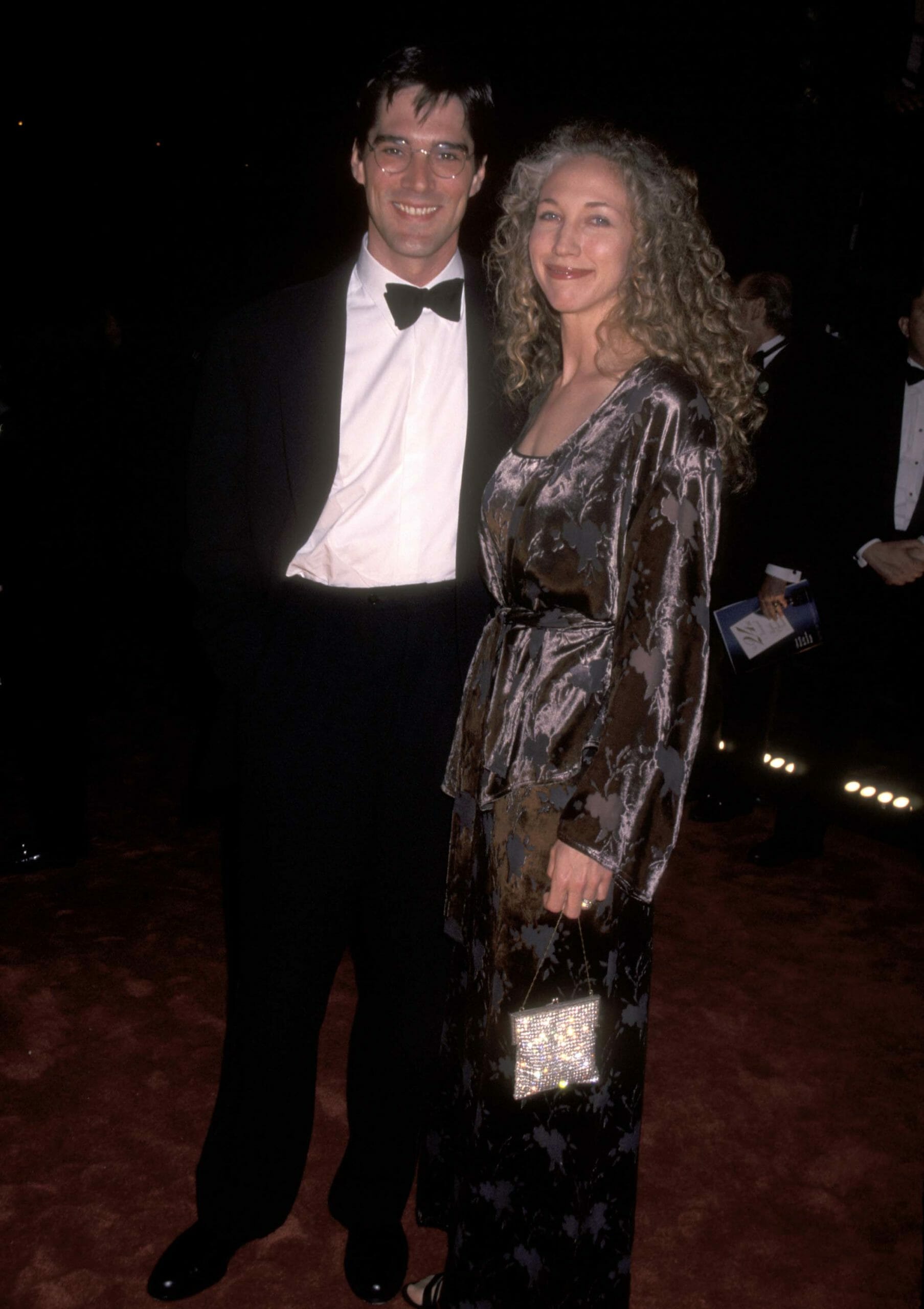 A frustrated Gibson returned to the set and shared William’s response with other cast members before the producer suddenly entered the room.

“He came into that room and started coming towards me. As he brushed past me, my foot came up and tapped him on the leg,” Gibson explained. “If I hadn’t moved, he would have run into me. We had some choice words, for which I apologized the next day, and that was it. It was over. We shot the scene, I went home – and I never got to go back.”

At the same time as Thomas Gibson was fired from Criminal Minds, his private life was also quite turbulent.

In June of 2014, he and his then-wife, Christine Parker, filed for divorce after more than 20 years of marriage.

In the divorce filing, Thomas explained that “the marriage has become insupportable because of discord or conflict of personalities … that destroys the legitimate ends of the marriage relationship and prevents any reasonable expectation of reconciliation,” as reported by Page Six.

Thomas and Christine’s marriage was strong for many years, and for the Criminal Minds star, the commute to Los Angeles from their home in San Antonio was a tough decision. 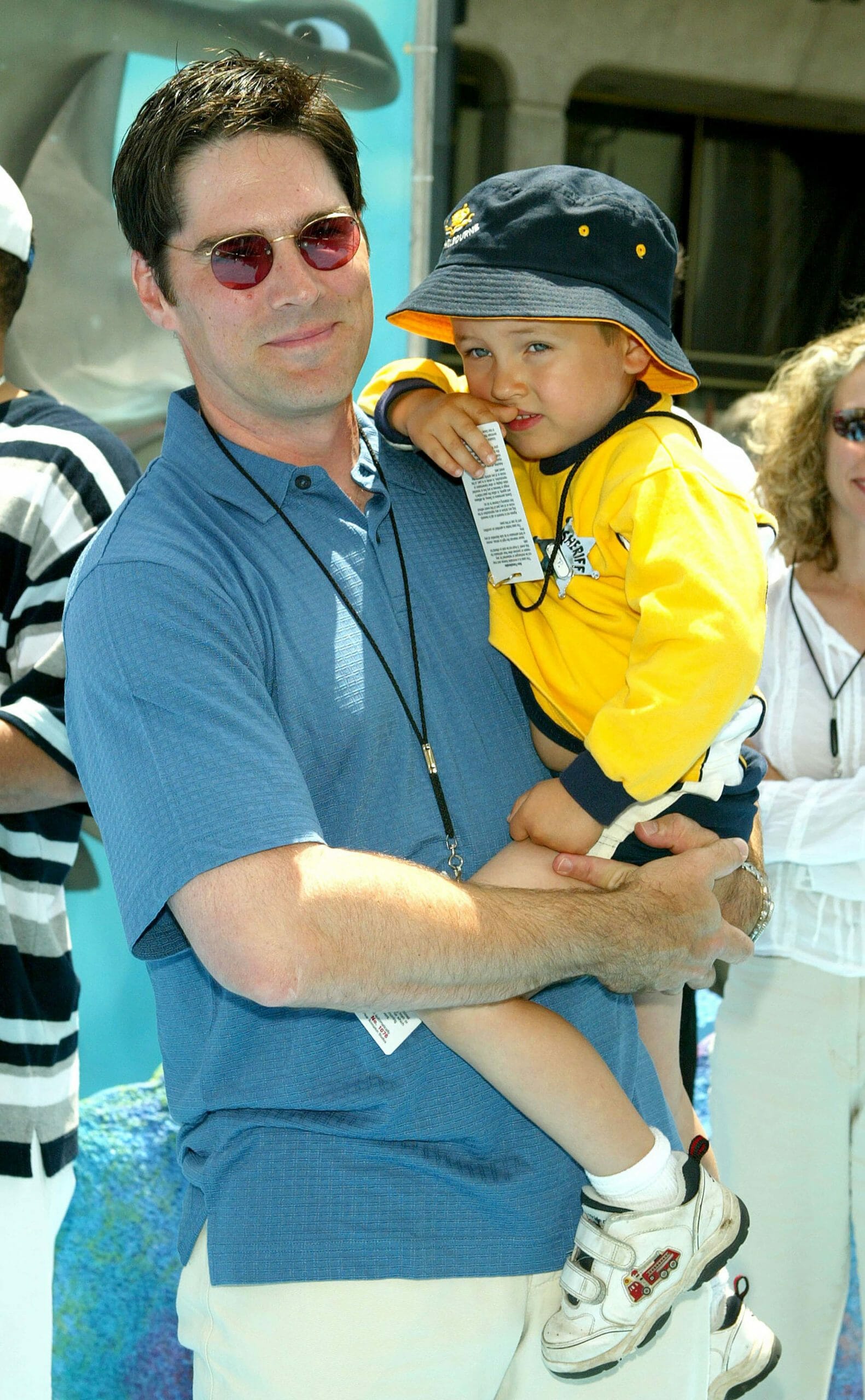 “It’s certainly been a challenge; I miss my time at home full time. But it’s been great for my kids to grow up with their family around, and none of us really counted on this thing happening for so long,” he told Shave Magazine, adding that he tries to make it up to his children because of his absence.

“Divorce is hard enough on kids”

“I try to make up some of the time when I’m on hiatus and when I’m home on my break. We do pretty well. My kids, before school gets back into session, once I’ve gone back to work in July – they come out to California before they go back to school too so. So we work it out pretty well.”

Thomas Gibson’s parents divorced when he was younger. Therefore, he was always conscious about his marriage, saying that he never “undermined” it.

Unfortunately, their marriage ended in a divorce, finalized in 2018. However, both Thomas and Christine did whatever it took not to involve their children.

“Being a dad is the greatest experience of my life,” Gibson told People in 2016.

“We spent a year and a half in mediation. We kept it private because divorce is hard enough on kids without having to deal with it publicly. Christine and I switch off staying with our kids at home in San Antonio. We did the best we could and continue to do the best we can as parents.”

Documents obtained by TMZ revealed that Gibson was ordered to pay $3,000 each month to support their three children. Also, he was to pay the bills for their private school tuition.

Additionally, Thomas Gibson was to still reside in the family’s home in San Antonio every other weekend when he also had his children.

This is Thomas Gibson today – net worth

According to Celebrity Net Worth, Gibson has a net worth of around $18 million.

So what is Thomas Gibson doing today? After leaving Criminal Minds, his resume was relatively empty, only appearing in a few productions.

In 2017 — one year after leaving the show – Gibson starred in the film Axis, produced by his former Criminal Minds co-star Aisha Taylor.

Further, he appeared in a pilot for the television show Shadow Wolves. And according to IMDB, Thomas Gibson is set to appear in the film The Writer’s Bible, which now is in post-production.

Would you like Thomas Gibson to return to Criminal Minds or not? Please give us your opinion in the comment section.  Meanwhile, please share this article if you also enjoy watching Criminal Minds.