It is natural for neighbors to lend one other a helping hand in times of need.

But nothing could have prepared Tisha and her husband Kevin, Las Vegas residents, for the assistance their neighbor was about to want.

Audrey, a single mother of three children, has had a nagging sense that something wasn’t quite right with her body.

She needed to go to the hospital for some tests one day, so she asked her next-door neighbor Tisha if her three children could stay the night.

Tisha and Kevin were well aware that they had little room in their home due to their five children.

Despite this, they consented to take Audrey’s children in for the night. 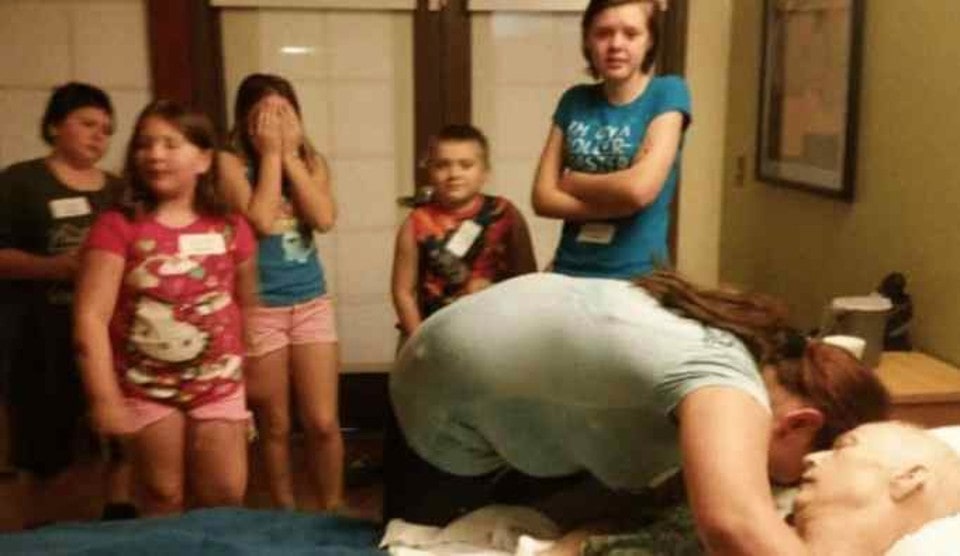 The youngsters would never be able to leave the Beauchmins’ house, it turned out.

Audrey’s test results revealed the devastating news that she had stage 2 esophageal and stomach cancer.

Audrey wanted to make certain that her children would be cared for if she were to pass away.

Despite the fact that she didn’t know Tisha well, she summoned the bravery to ask her for a favor that would forever affect the lives of both of their families — she asked Tisha to be the legal guardian of her children. 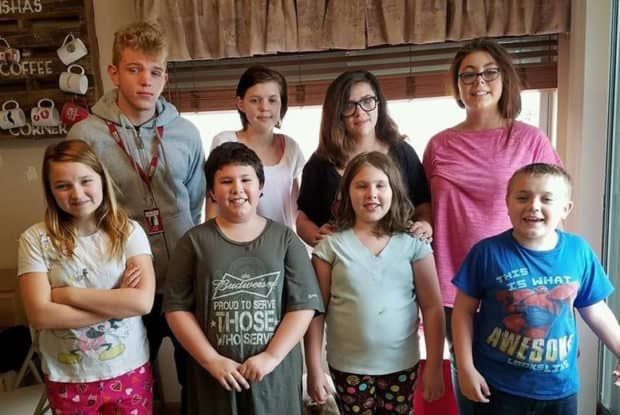 This was a request the couple felt they couldn’t reject, no matter how difficult it would be.

As a result, they now have a large family of ten people living under the same roof.

Audrey, who had been given a year to live when she was diagnosed, died abruptly not long after.

Her cancer had advanced quickly, and in just two weeks, it had progressed to stage 4.

The Beauchmins’ living conditions were known to Elizabeth Thames, a neighbor of the two families. She decided to write them a letter requesting assistance from the Fox5 Surprise Squad.

As expected, their story touched many people’s hearts, and the squad came to Tisha’s house to surprise her and her family with the biggest chain of surprises ever. 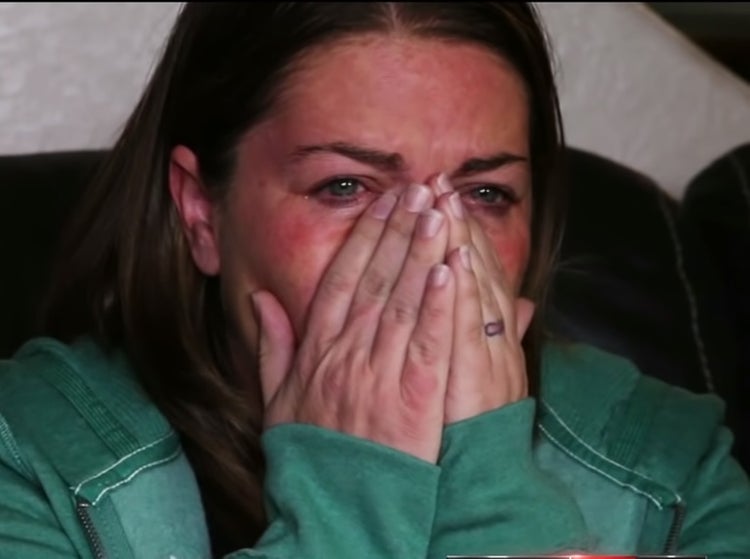 Tisha said throughout the conversation that her childhood wasn’t all that nice. She had been raised in an orphanage and didn’t want Audrey’s children to go through what she had.

“I don’t want them to have to deal with everything I had to deal with as a child,” Tisha said when asked why she took Audrey’s children in even though she didn’t know her well.

They’ve already been through a lot. They are deserving of a loving family and a safe haven.”

Tisha and her family were invited to spend a week at the casino where she works as a bingo cashier by Fox5.

The team then took over the house and refurbished it fully on the inside.

They were able to do around 6 weeks’ worth of work in just 4 days with the support of other people.

When they walk into their home, they notice that it has been completely altered.

The living room became considerably more ordered as each person was given their own storage spot.

Tisha’s oldest daughter lacked a proper bedroom. She slept on the floor near the kitchen in an open space. She now has her own private room, which she designed herself.

Tisha and her family received far more than they were promised, thanks to the Fox5 Surprise Squad.

In addition to the house makeover, the team also provided the family with a year’s supply of free groceries and a brand new automobile!

Watch the makeover of the house and the Beuchmins’ expressions of surprise as the chain of surprises is disclosed to them!

Audrey’s children were welcomed into Tisha and Kevin’s hearts and adored as if they were their own.

What’s more wonderful is that their generosity and selflessness motivated the entire town to come together and work together, allowing the Beauchmins to enjoy their well-deserved surprise.