A “Miracle of Love”! She is an ordinary woman who has been in love with her boyfriend for only 8 months and is about to be married to him when he suddenly became paralyzed due to an accident. She had countless reasons to leave him, but she decided to stay. ❤️️️ 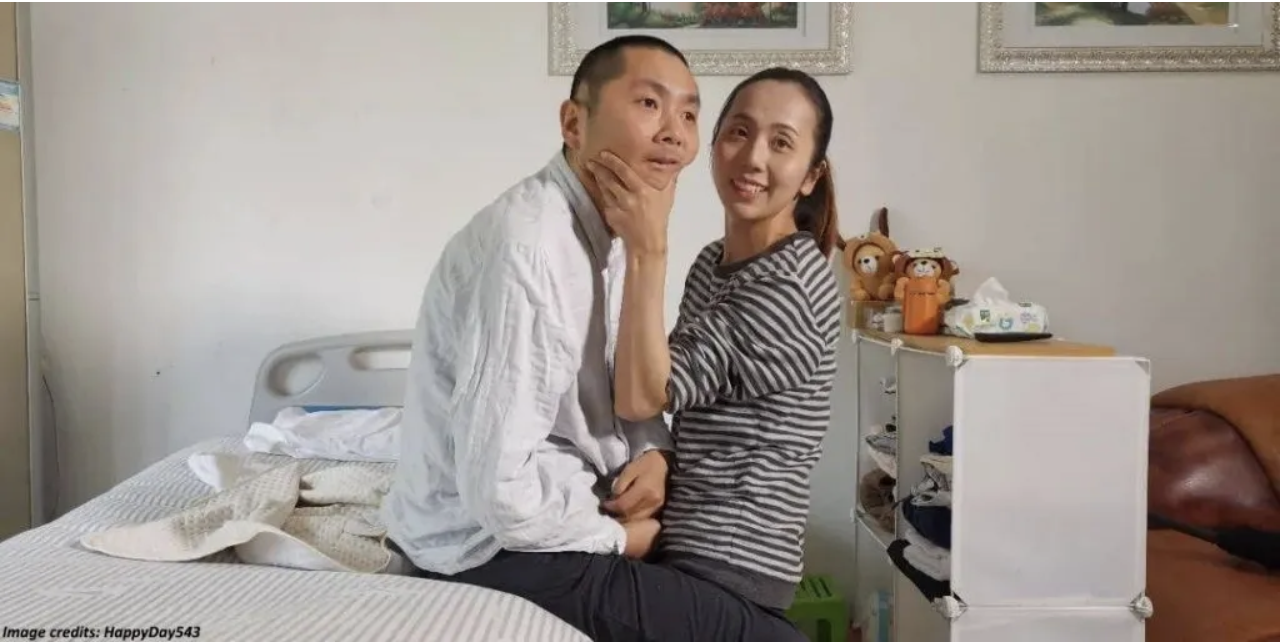 Liu Ning was born into an ordinary family in 1985.

After graduating from a university, Liu Ning found a suitable job and the family’s life became better. In October 2016, she ran into Peng Yalou in a melon field. Peng Yalou fell in love at first sight with the enthusiastic and cheerful Liu Ning, and since then he pursued her. Peng Yalou is down-to-earth and kind, and Liu Ning is cheerful and generous. The two soon fell in love and their relationship blossomed. Both parents also agreed when they both decided to be married. 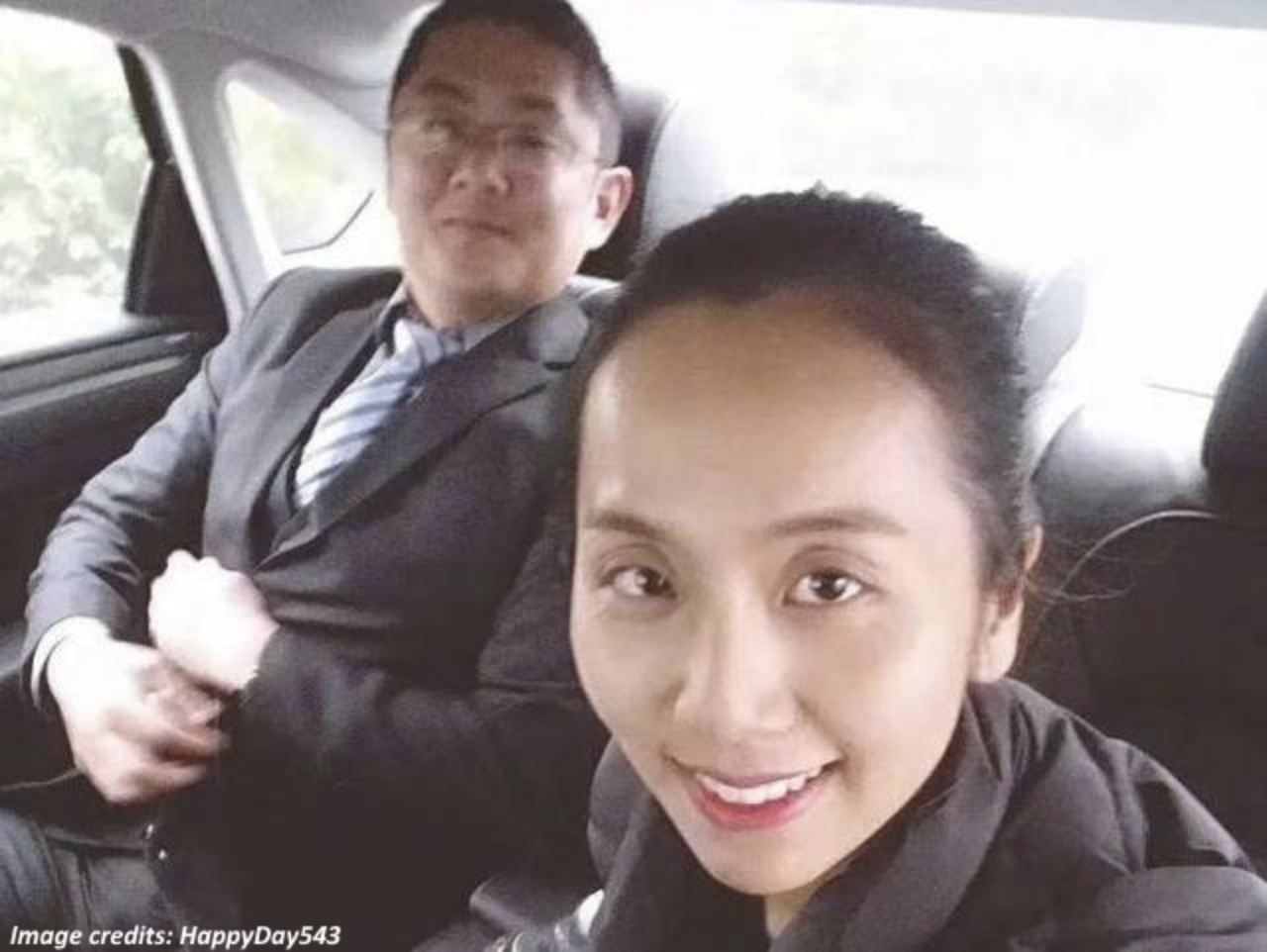 But no one expected that an accident suddenly came to the two of them.

In July 2017, at this time, the two had only known each other for ten months. When Liu Ning came home from get off work, as soon as he opened the door, he could feel the smell of coal in the house.

When she rushed to the bedroom, she found that her boyfriend, Peng Yalou, was in a coma, so she quickly called 120 for first aid. After a long time of rescue, Peng Yalou was finally out of danger. 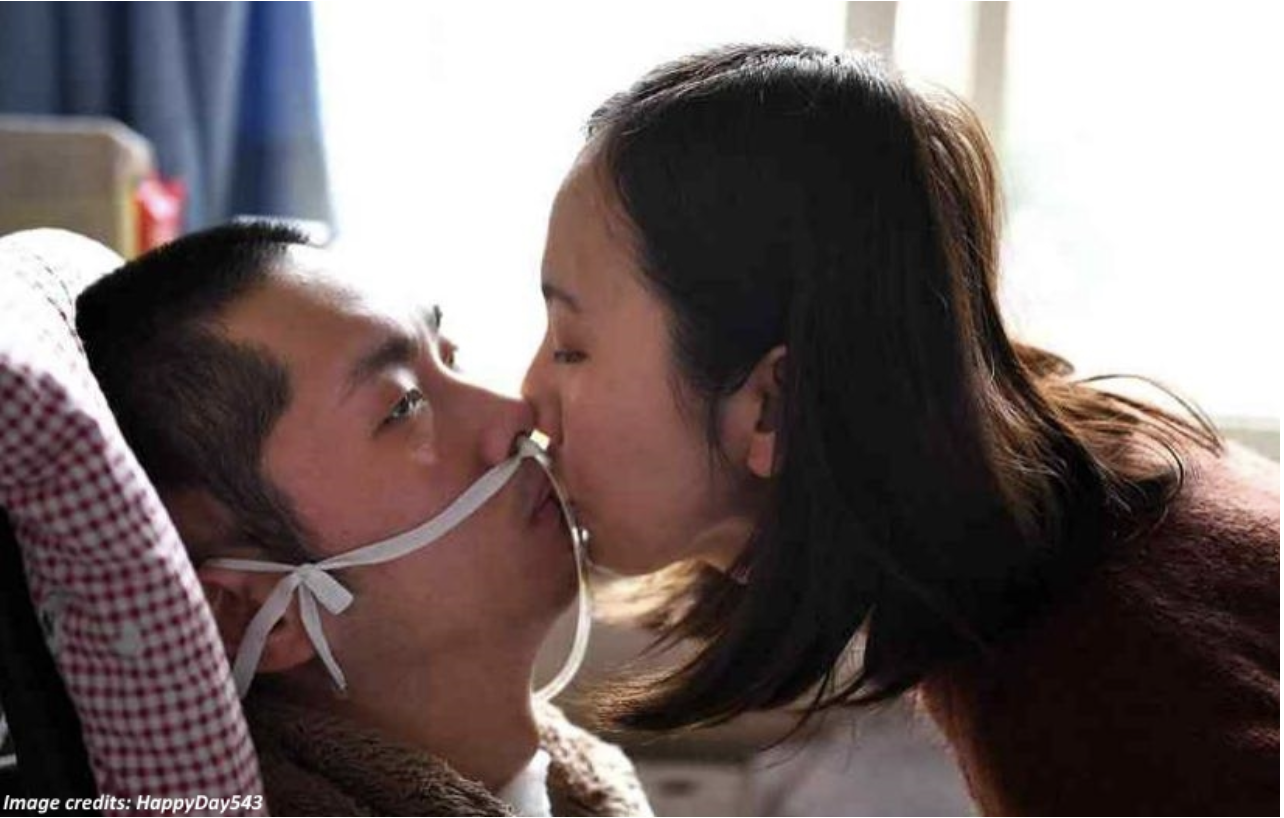 Even though the vital signs recovered, Peng Yalou was still in a coma and stayed in the intensive care unit for a month. At that moment, the doctor diagnosed that he had become in a vegetative state and might not be able to wake up again. The news shocked Peng Yalou’s mother and Liu Ning, and felt that they lost hope.

From day to day until he entered rehab, she took care of her boyfriend for four years. Behind this “most heartwarming affection” is a kind-hearted girl’s perseverance to take good care of a paralyzed boyfriend, and bravery mixed with love that has created medical miracles.

One day, there was a small earthquake and they both fell to the ground. 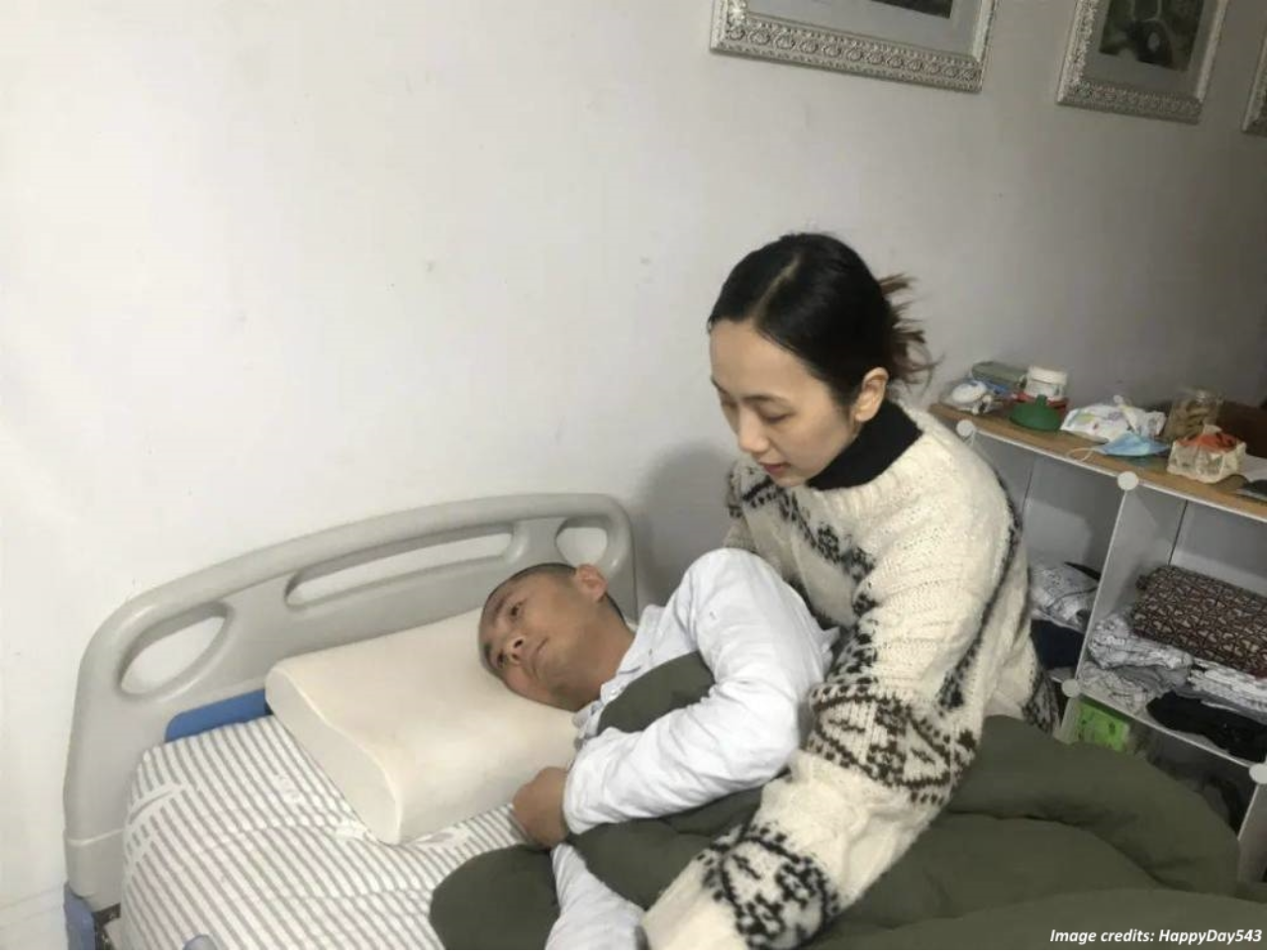 She took her boyfriend back to the bed and wiped his face. At this moment, Liu Ning saw tears in Peng Yalou’s eyes. Seeing her boyfriend finally reacting to situations around him, her heart leaped with happiness. Liu Ning felt that no matter how hard it was, or how tired she was, it was worth it.

Knowing that Peng Yalou had gradually regained consciousness, Liu Ning began to chat with him, telling him about situations at home, and about their future together. Peng Yalou’s condition also gradually improved. Liu Ning took good care of Peng Yalou without complaint and regret, which moved his mother Ge Yumei very much. 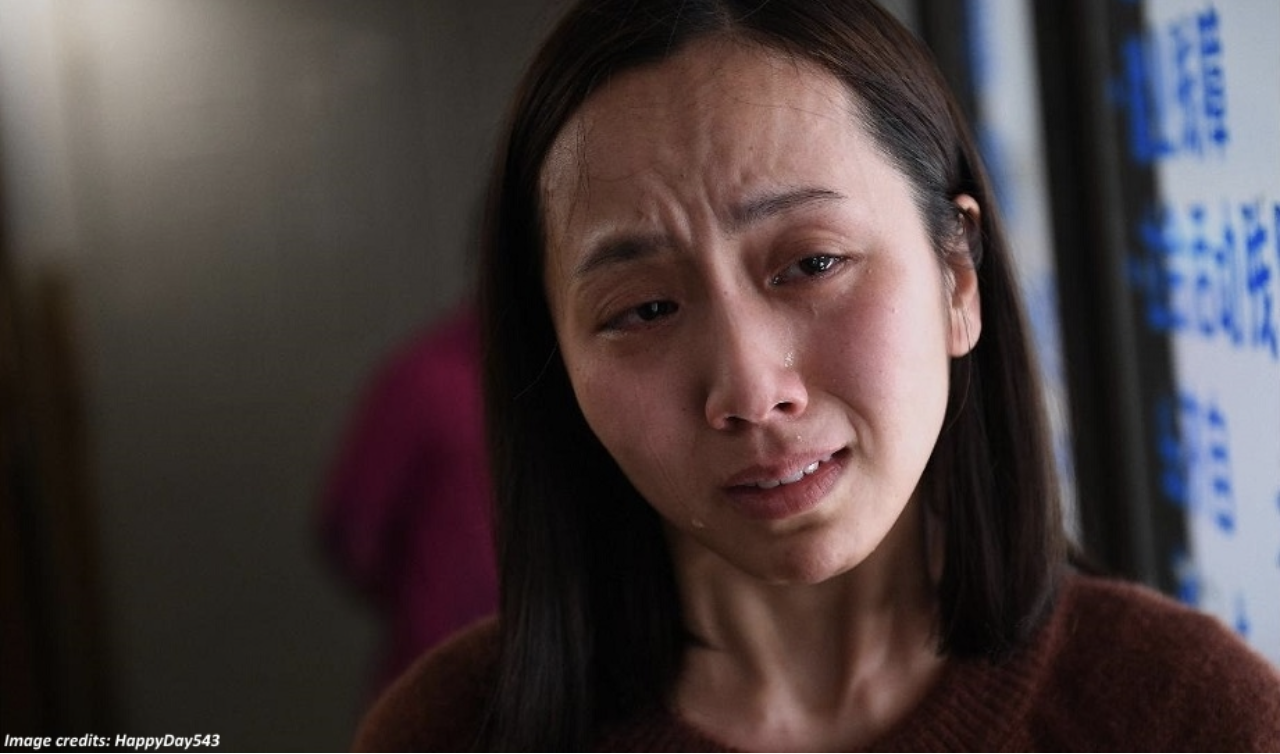 After Peng Yalou had his accident, Ge Yumei sold her family’s house, and the money for hospitalization was loaned from family and friends. However, the family was still under tremendous financial pressure. The psychological pressure was becoming overwhelming, Ge Yumei often cried to herself. And Liu Ning’s persistence gradually gave Ge Yumei hope and gave her the strength to support her family. 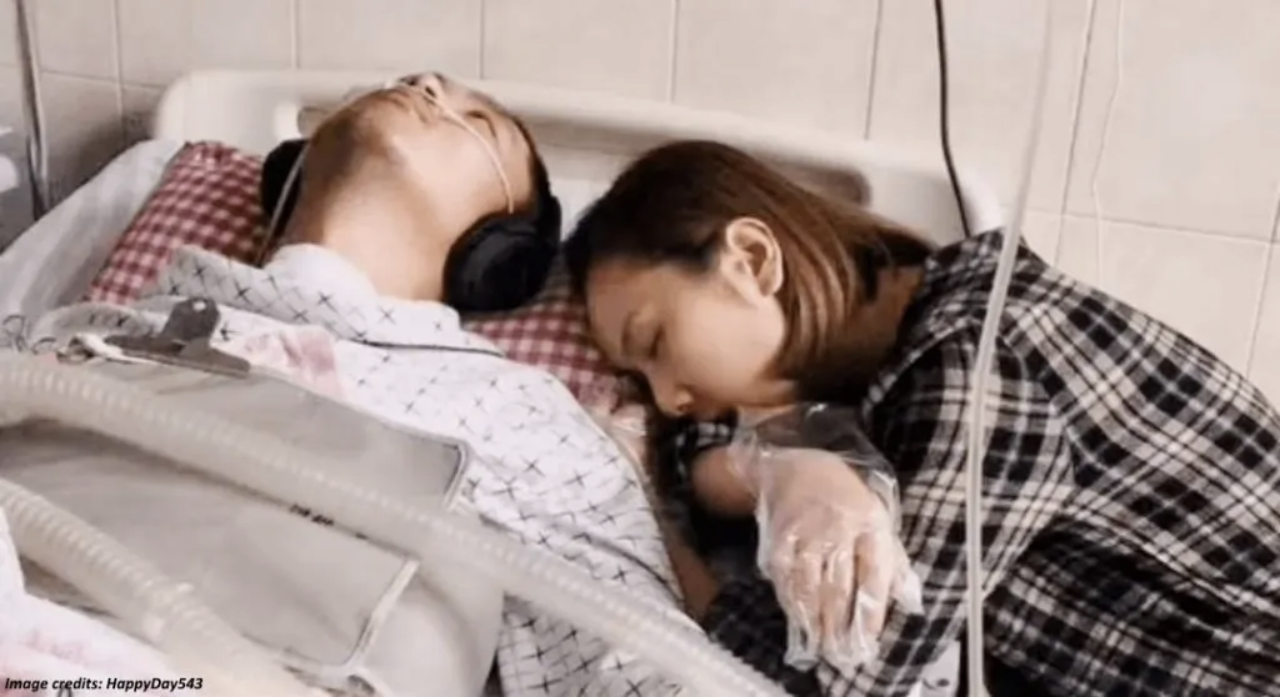 After a year of hospital confinement, Peng Yalou’s condition has improved a lot, and the doctor also advised him to go home and continue his rehabilitation. The doctor’s words made Liu Ning feel hopeful, and took him to a house she rented. Liu Ning stayed by Peng Yalou’s side for more than a thousand days and nights.

To take care of her boyfriend, she quit her job, and she has so many debts without any income.

To relieve some of the financial pressure on the family, she resorted to her boyfriend’s previous job and broadcasted it online, selling melon seeds. At the beginning of 2019, after the doctor’s diagnosis, Peng Yalou had changed from a moderate coma to an awake coma. At this time, he was able to respond to Liu Ning’s words, although it was just a simple haha, which made Liu Ning and the family very happy.

Later, as suggested by a friend, she began to shoot and record daily small videos, and the stories of the two gradually became familiar to everyone. The simple video contains her meticulous care and deep love for Peng Yalou. 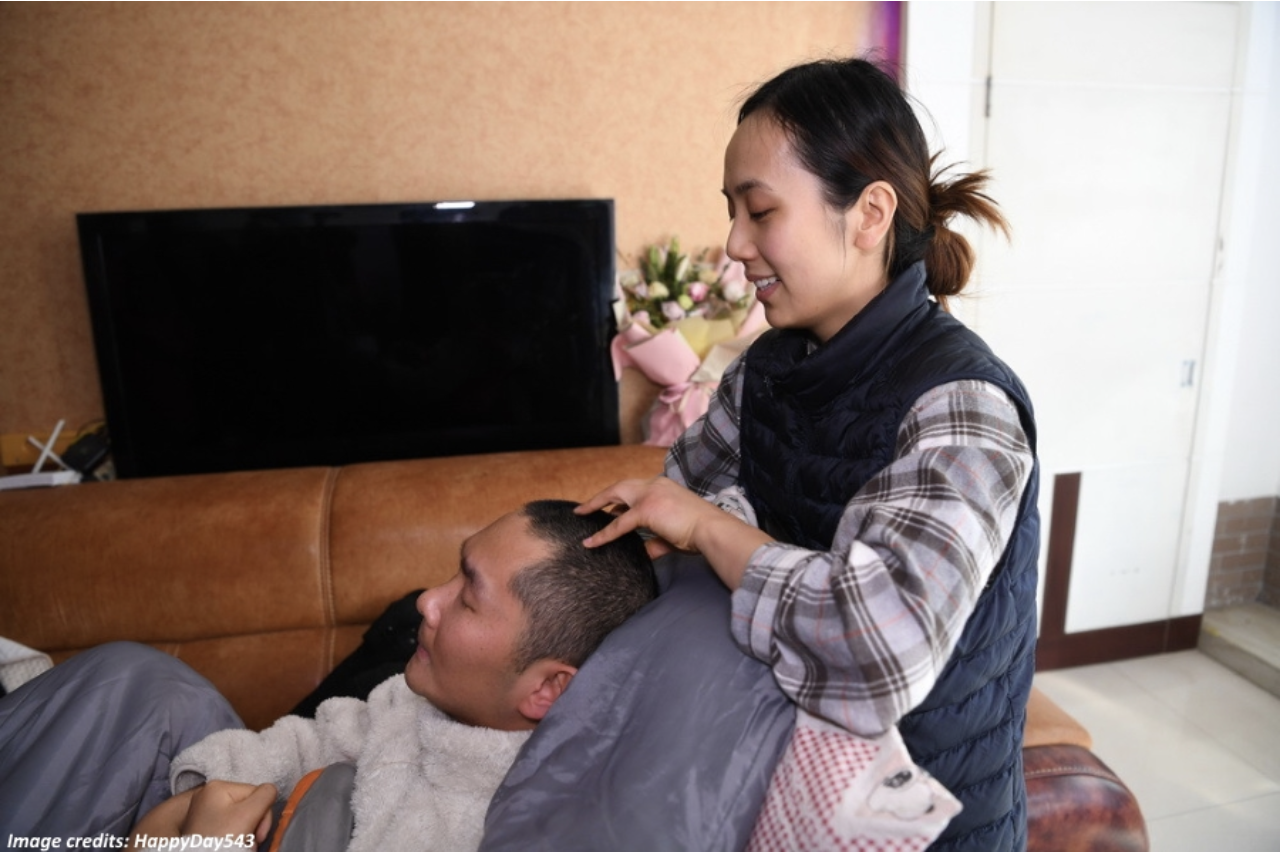 The story of Liu Ning and Peng Yalou touched many netizens.

On her social account, netizens commented every day, wishing Peng Yalou could recover soon, and even netizens sent her healthy food and snacks. Although there will inevitably be discordant gossip, she doesn’t care about these, all she wants is to support the whole family. 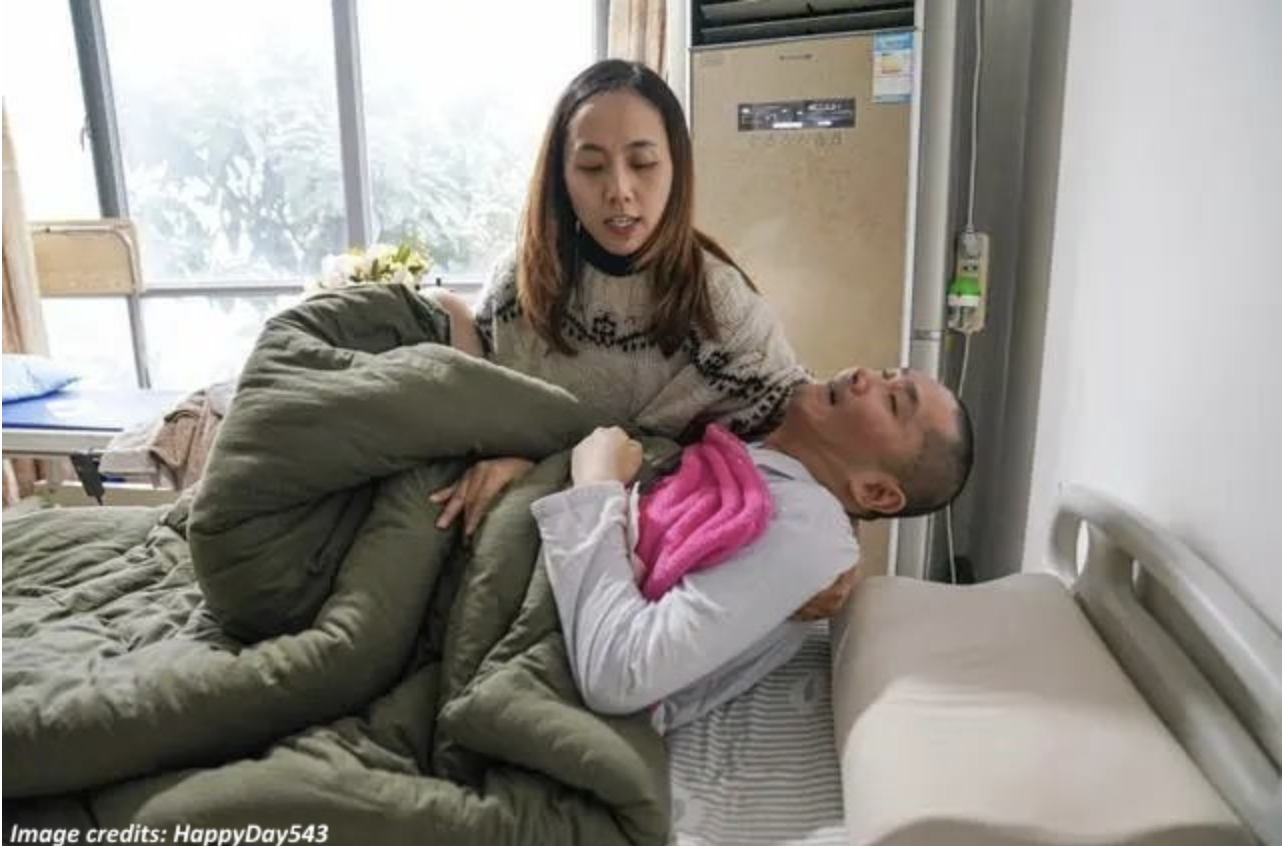 In addition to the majority of netizens, the streets and the community also actively helped them. Not only helped them get the disability certificate and minimum living allowance, but also organized donations to help them tide over the difficulties. Liu Ning’s community volunteer service team also set up a team to help her handle the delivery and receipt of goods. 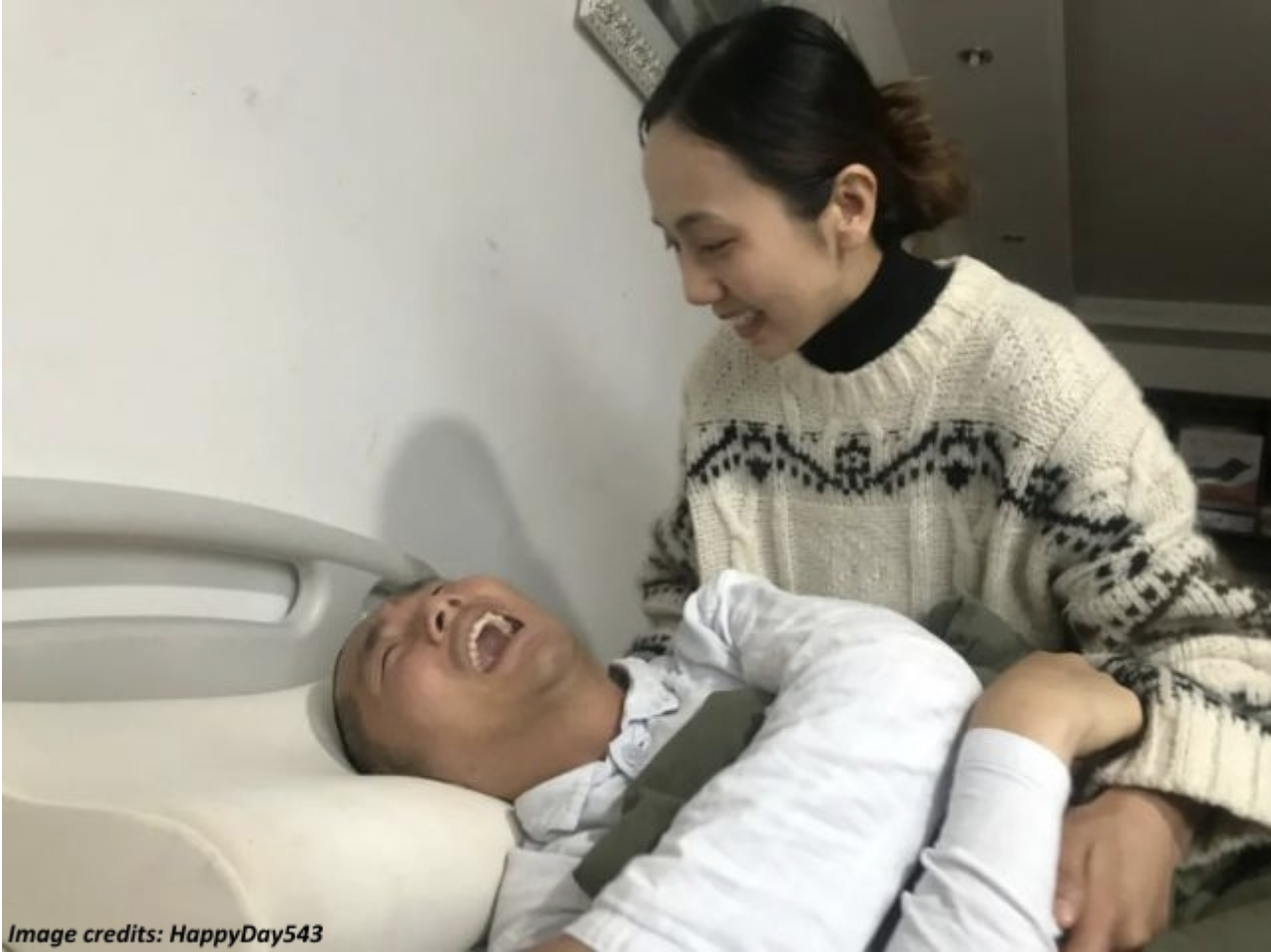 Peng Yalou’s situation is getting better every day. Faced with so many people’s concerns, Liu Ning is also very moved. After years of taking good care of him, she also fulfilled her promise to Peng Yalou: “Even if fate abandons you, I will not.” Liu Ning’s story touched countless netizens. She supported his family with all her love, and that’s why she had the “medical miracle” given to Peng Yalou.