They robbed me and wanted to kidnap me, but I remembered what my mother told

A student from South Carolina who fled from a moving automobile after being taken last year at gunpoint is now considering a career in police enforcement.

On July 26, 2017, shortly after midnight, Jordan Dinsmore, 21, had just arrived back at her Columbia apartment complex when she was approached by three teenagers in the parking lot.

She later told police that they forced her into her own car while holding a gun to her head and threatening to shoot her if she yelled.

They then forced her to withdraw money, instructed her to drive to their friend’s place, and threatened to have one of their pals rape her there. 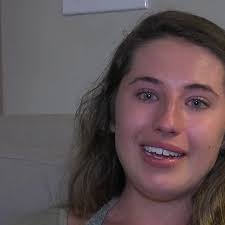 More than a year after the terrifying incident, Dinsmore says she is still traumatized but also confident that it has strengthened her and motivated her to work in law enforcement.

“Victims need not be victimized. She spoke candidly about how the incident has affected her life in an interview with The State. “You can do all in your ability to take control of the situation,” she added.

She tweeted shortly after the assault, “The only reason I wasn’t raped and most likely killed was because I kept my head and got out of my own moving vehicle on a busy street to get away.” 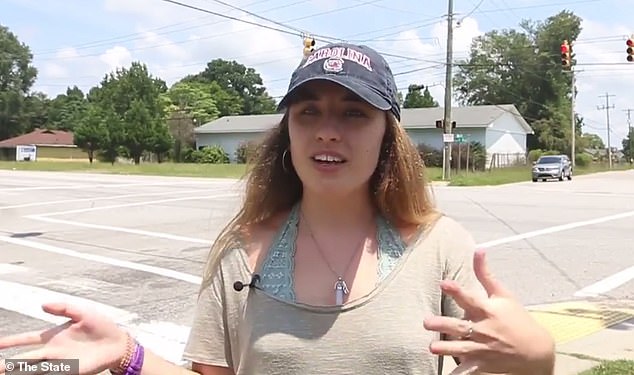 In May, the student is expected to get a criminal justice degree from the University of South Carolina.

She will subsequently work as an intern for the local sheriff’s office, which after the incident commended her bravery and quick thinking, giving her the moniker “James Bond.”

Additionally, Dinsmore has started taking self-defense lessons, spoken in public about her kidnapping scare, and even detailed her escape on the Dr. Oz Show in New York.

She believes that working in law enforcement will help stop such kidnapping attempts and teach potential victims how to defend themselves in the event of an assault.

At 12.30 a.m. on that fatal day, Dinsmore finished her shift at Buffalo Wild Wings and went back to her Columbia apartment building. 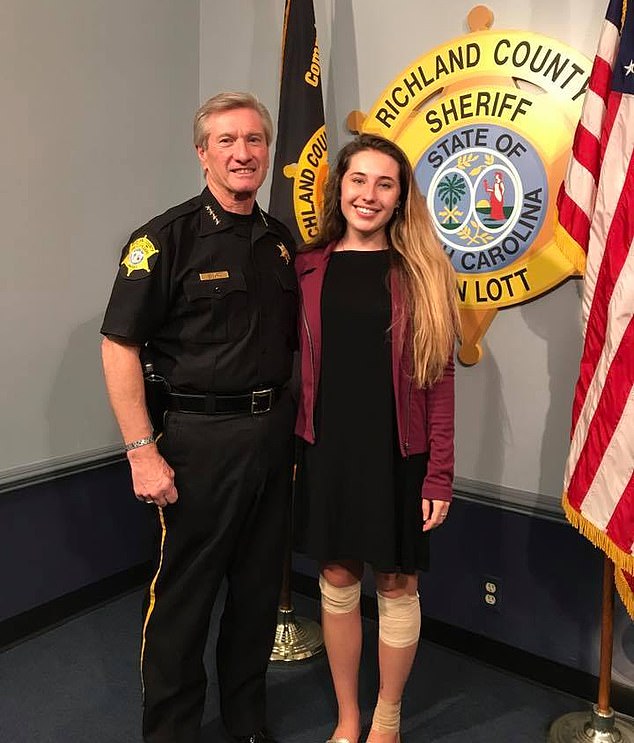 15 minutes after leaving, she returned to her parking lot where three males had cornered her and threatened to shoot her if she shouted. Later, the black adolescents admitted to police that they had targeted white persons on purpose.

They forced her to drive her 2009 Scion because they couldn’t drive a stick shift, forced her to take out $300 from the ATM, and then pretended they were headed to a relative’s house where she would have sex with one of the kids’ pals.

She purposefully missed the turn at that point, unbuckled her seatbelt, leaped out of the 35 mph vehicle, and rolled onto the highway.

Sheriff Leon Lott of Richland County gave her the moniker “007” or “James Bond” for her daring escape. 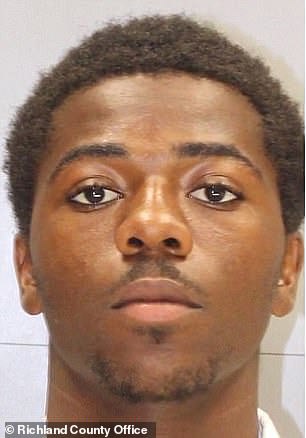 She will always have a job available for her at the Richland County Sheriff’s Department if she wants it.

‘Whenever she wants it, there is a place for her. In an instant, I would take her with me. Lt. Chris Linder suggested that she could work in our victim services division.

Following her attack, she was given an extensive tour of the FBI Columbia field office and several gifts.

I consistently tell my roommate, “Use not my FBI cup. My favorite cup is that one “She uttered, ”

For her kidnapping, two 15-year-old guys who were not named owing to their age and 17-year-old Raquan Dejoure Green were detained in July 2017. The juvenile jail facility may hold the kids until they become 21 after they were found guilty.

They were also accused of committing at least six additional violent offenses, including robberies and assaults against white persons.

At their hearing, she stepped up and accused them of stealing her serenity.

That little bit of paranoia, Dinsmore told the newspaper.

Now that she has a puppy to soothe her, she is more cautious in low-lit places and phones the security guard at her apartment when she arrives home after hours so he can help her get to the door safely.

Dinsmore says that taking self-defense training significantly transformed her life. As a result, she now lectures once a semester at self-defense seminars at Columbia College and the USC campus.

“They devour her.” They consider it great. It’s really popular to coach other people. Girls frequently believe, “Oh, that’ll never happen to me.”

However, they witness a person their age who has experienced it and survived, according to Shannon Henry, CEO of the self-defense organization Surviving Assault Standing Strong.

“Jordan is incredibly unique since she’s cute and small, but that’s just her disguise,” says the author. She is a warrior, and when she needs to, she has a really potent ability to wield it,’ she continued.

Staff lines and sings “Amazing Grace” as little girl becomes organ donor
His life was not easy at all and he had to overcome many difficult moments.