Sarah Robinson, 20, and Scott Simpson, 26, were perplexed when they discovered the odd plant at their council house in Beeston’s Great Hoggett Drive.

The couple is now concerned that the tree roots may pose a hazard to them and their newborn child, who is due in March of next year. 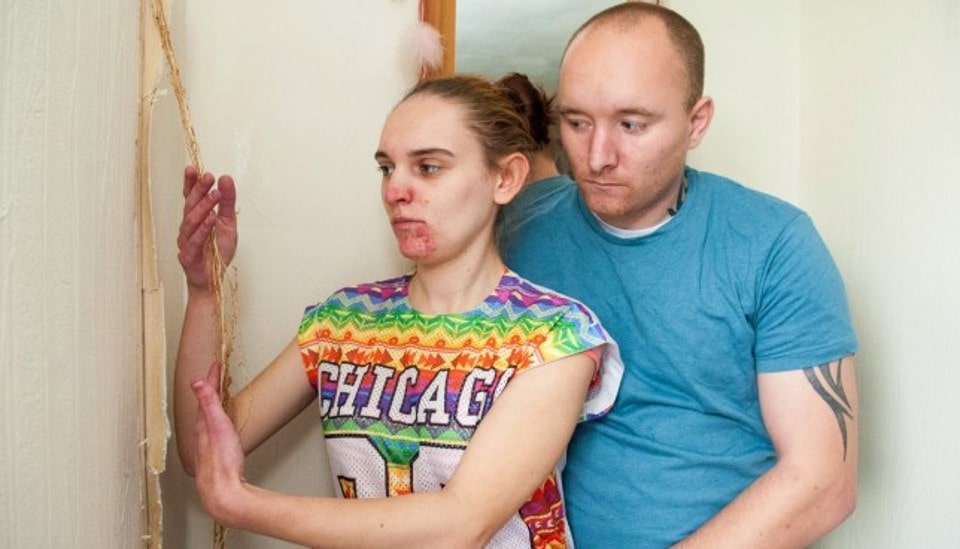 Mr. Simpson, who is a full-time caregiver for his partner Sarah, explained, “The plants are actually growing in the wall cavity.”

‘Who knows how big the problem is, and what if it’s in our baby’s room?’ he continued. 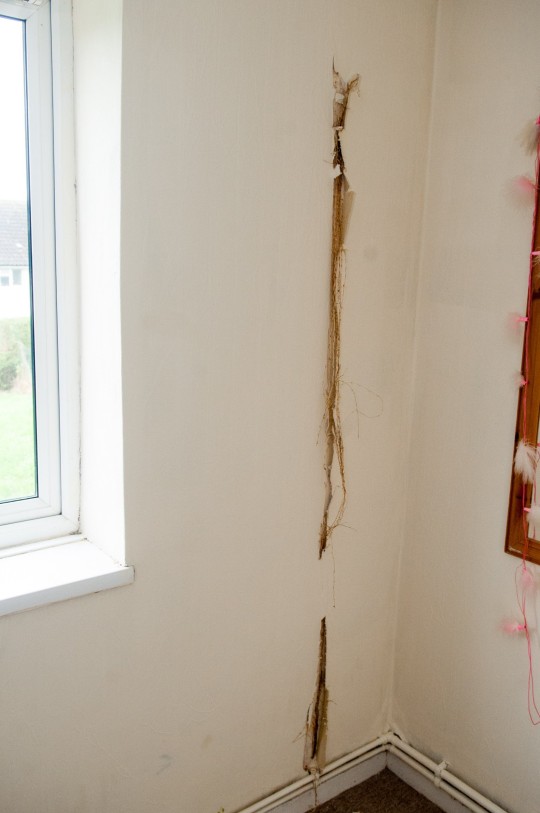 ‘The mold issues might be severe, and the wet has clearly aided the growth of the plants in the wall hollow.’

The couple is also dissatisfied with the condition of the house when they moved in on October 18, 2017.

Graffiti was evident on the walls, there was mold, and the doors needed to be repaired.

‘When we moved there, the apartment was in a complete mess,’ Mr. Simpson recalled. 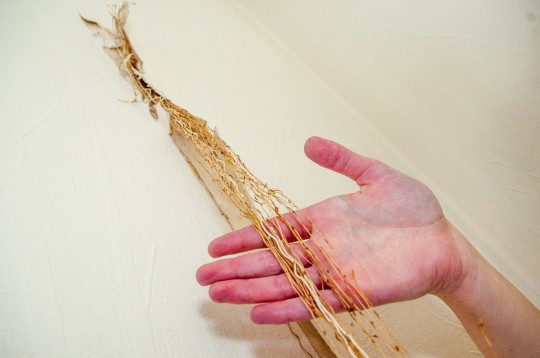 ‘It was as if the council hadn’t done any preliminary checks on the location.’ I spent £400 of my own money to completely refurbish the apartment. I replaced the carpets and we repainted the walls.’

‘It’s a travesty that we were permitted to move into this house in this condition.’

‘When the builders and maintenance crews do come out to fix things, they only appear to accomplish half of the job.’ Outside, they filled a hole in the wall to keep the tree from growing much bigger, but it didn’t actually fix the problem on the inside.’

Broxtowe Borough Council said it was working with the couple to resolve the issues, and that an inspector had been sent to their home.

‘The Council has visited Ms. Robinson and Mr. Simpson and apologized for not discovering this issue before they moved in,’ a spokesman said.

‘We’re working with them to resolve the difficulties as quickly as possible,’ says the company.