The short-lived marriage of Kenny Chesney and Renée Zellweger: Why did they split

Celebrity romances aren’t usually known for lasting in the long run, and it’s probably more the rule than the exception that Hollywood actors are involved in divorces.

Even so, when country star Kenny Chesney met Renee Zellweger, it felt like a match made in heaven. Maybe it was – but only for a brief period.

Back in 2005, the high-profile couple decided to get married – but only four months later, things took a shocking turn… 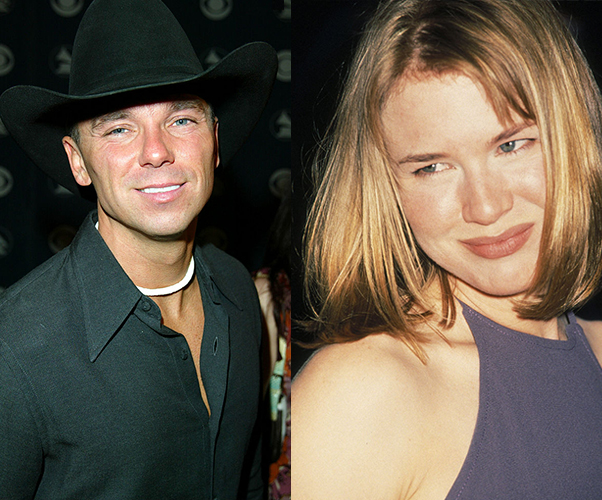 Kenny Chesney and Renee Zellweger are both talented and inspiring people who are incredibly appreciated by their fans. Chesney is one of the greatest names in country music; he has sold millions of records and performed on the biggest stages.

Renee Zellweger, meanwhile, broke through with Bridget Jones’ Diary, and has had a very successful career as an actress. But these two high-octane personalities are also known for another, less flattering thing: their incredibly short marriage.

Though we are used to dramatic and blending romances in Hollywood – Renee and Kenny’s short-lived marriage still stands out.

Just four months after the couple tied the knot in picturesque fashion, Zellweger wanted to annul the union. Back then, a lot of people questioned the decision and speculation took off. So why did they divorce so quickly after the wedding?

It would be several years before anyone got an answer to that question – but in the end, Chesney opened up and revealed what went really went wrong…

To understand what really happened in the marriage between Renee Zellweger and Kenny Chesney, we must take it from the beginning and take a step back in time.

Before Texas-born Zellweger broke through and became an acclaimed actress, she was working as a cocktail waitress in Austin, Texas. 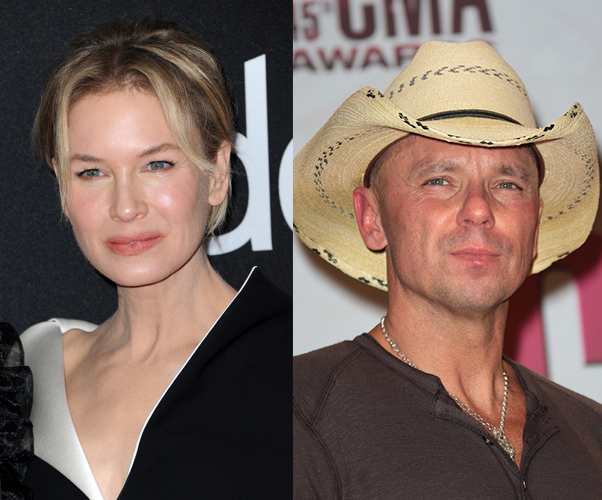 Kenny Chesney, a Texas native who was raised in East Tennessee, also had a lot of experience at bars in the Lone Star state. Early in his career, he performed at local clubs in Johnson City, and it was there he laid the foundations for his successful career as a singer.

When the press heard about their love affair back in 2005, Kenny and Renee were referred to as an “unlikely pair”. But in fact, the two had a lot in common. They were both from Texas, and above all, they were both riding high in their careers. Renee had tried to make a career as a singer, and Chesney had long thought of Zellweger as his favorite actress. She even inspired him to write his 1999 hit “You Had Me From Hello” after he saw her in ”Jerry Maguire.”

Their first meeting occurred in January 2005, during NBC’s broadcast “Concert of Hope, a tsunami aid telethon. Renée was operating the phones, while Kenny performed on stage – when they saw each other, sparks flew. Zellweger had planned to “pass him a note” during the telethon. Kenny heard about it from his publicist. 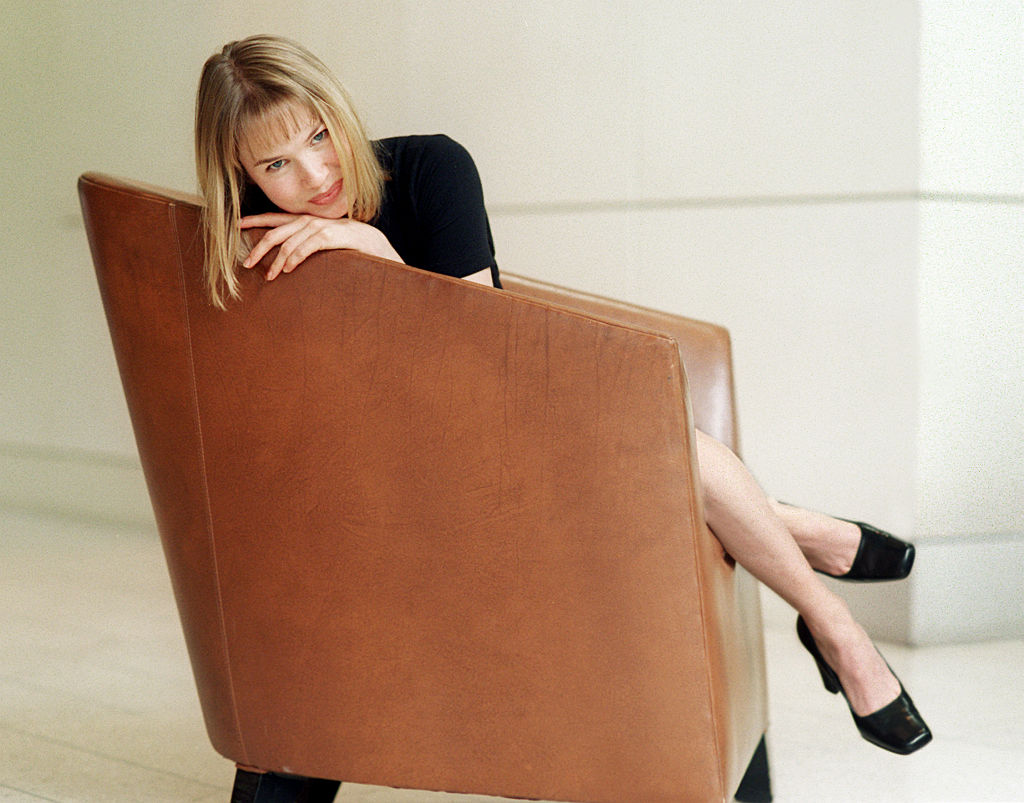 “When the broadcast wrapped, [Chesney] went over [to Zellweger] and said, ‘I hear you are trying to pass me a note — don’t let the principal find out,’” a friend of Zellweger’s told People.

Before Renee met Kenny, she had dated several celebrities. Between 1999 and 2000, she was engaged to Jim Carrey, and also had a short romance with musician Jack White, lead singer of The White Stripes. During this period, Zellweger was one of the hottest female actors in Hollywood.

Her first breakthrough came in Jerry Maguire, where she played a struggling single mom who falls in love with a half-crazy sports agent, portrayed by Tom Cruise. 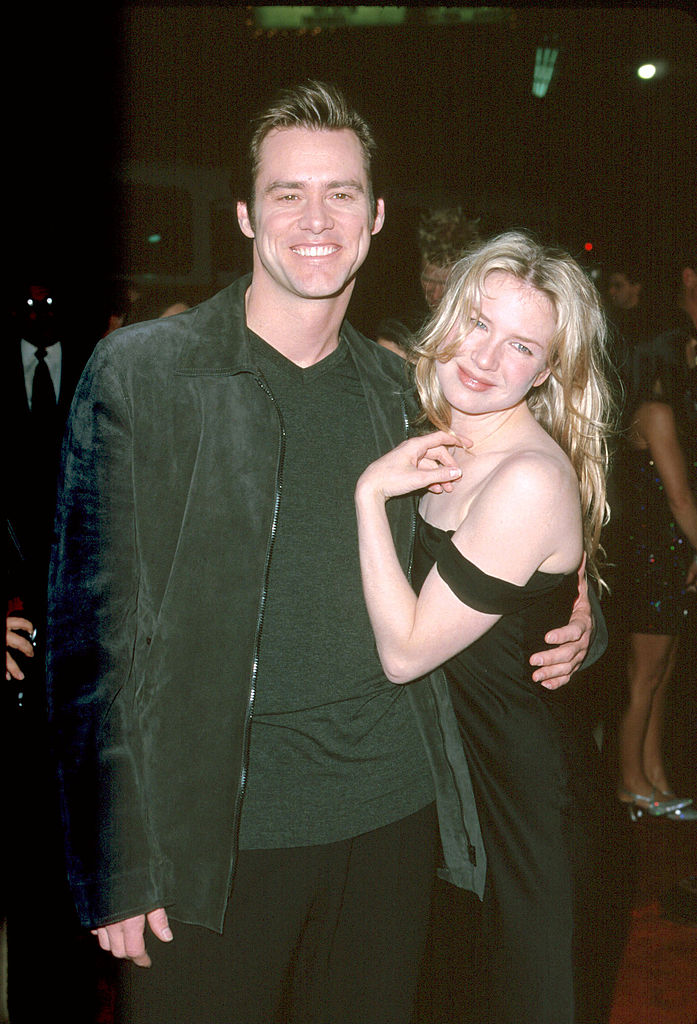 But it was when she landed the lead role in Bridget Jones, alongside Hugh Grant and Colin Firth, that her career skyrocketed. Her life would never be the same again after the iconic British comedy film.

Despite this, country singer Kenny Chesney was probably more famous than his wife-to-be. With 20 albums and more than 40 top 10 singles on the US Billboard Hot Country, Kenny was and still is, arguably, one of the most successful artists in country music history.

Chesney has always been quite secretive about his private life and romances, but we know he was engaged to healthcare administrator Mandy Weals before meeting Zellweger. 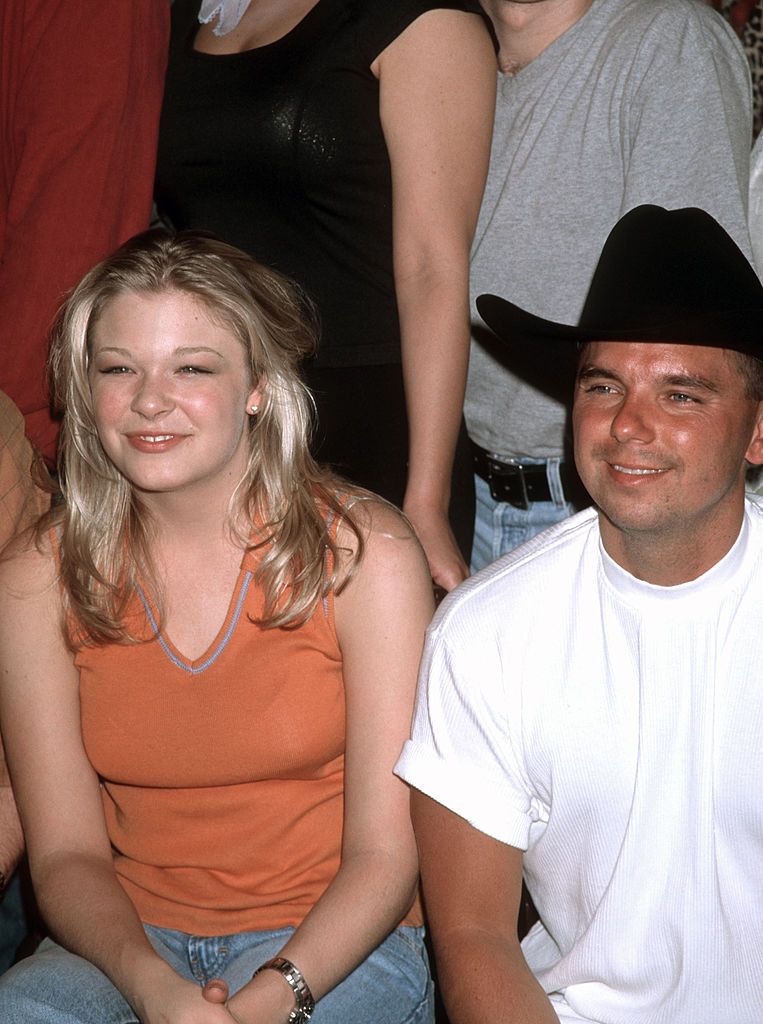 Four months after Chesney and Zellweger first met at NBC’s “Concert of Hope,” they announced their relationship. It was huge news, and few saw it coming. Then, a few weeks later, they shocked the world again by revealing that they had tied the knot.

According to Kenny, he never proposed to Renee.

“She just told me to name a time and place, and she’d be there,” he later told USA Today.

The wedding was held on St. John, the smallest of the three U.S. Virgin Islands. According to reports, the ceremony took place at Kenny’s home in the gated community of Peter Bay, on the beach overlooking the ocean.

News of their marriage took everyone by surprise – even the gossip magazines’ most experienced reporters.

“It’s a quick, surprise wedding, kind of a shocker for all of us here in Hollywood who did not see it coming,” said correspondent Mark Steins of “Entertainment Tonight,” who broke the story back in 2005.

The wedding was kept very private. At the same time, it was a relaxed atmosphere for the close friends and family who were present.

ABC reported that 45 guests were invited to the pre-wedding reception, which took place at a restaurant in Cruz Bay. The guests wore t-shirts and jeans and enjoyed margaritas in the exotic setting. When the couple tied the knot, Renee wore a dress designed by Carolina Herrera. Chesney was standing barefoot in the sand, donning his trademark black cowboy hat.

“I am incredibly happy. I may well be the luckiest man alive. To be so in love with someone who is so perfect for me. It’s just hard to imagine that I’m not going to wake up,” Chesney said in a statement as he released the first official photos from the wedding, taken by Carolina Herrera.

After the wedding, everyone assumed that the couple were thrilled. But perhaps there were some signs that something wasn’t right. Take the couple’s honeymoon, for example.

“Well, we did our honeymoon in Little Rock at a show. I had to go back on the road, so we went to Little Rock, Oklahoma City, Dallas and San Antonio. And then I flew here. So it was not that great of a honeymoon.”

Kenny’s response and reaction to his new life as a husband wasn’t perhaps all that convincing either.

“To be honest with you, it’s not that different,” said Kenny. “I’m a little more at ease, you know? I’m not searching and that’s what’s great about her. She’s a great girl.”

Reason for the split

225 days after the pair’s Caribbean dream wedding, Zellweger went to the Los Angeles Superior Court to annul the marriage, citing “fraud” as the reason for the split. The news came as a complete shock.

Unfortunately, Zellweger’s choice of words sparked rumors that Chesney was gay. Immediately after that, she felt the need to address the gossip. The actress released a statement stating that “the miscommunication of the objective of their marriage at the start is the only reason for this annulment.” 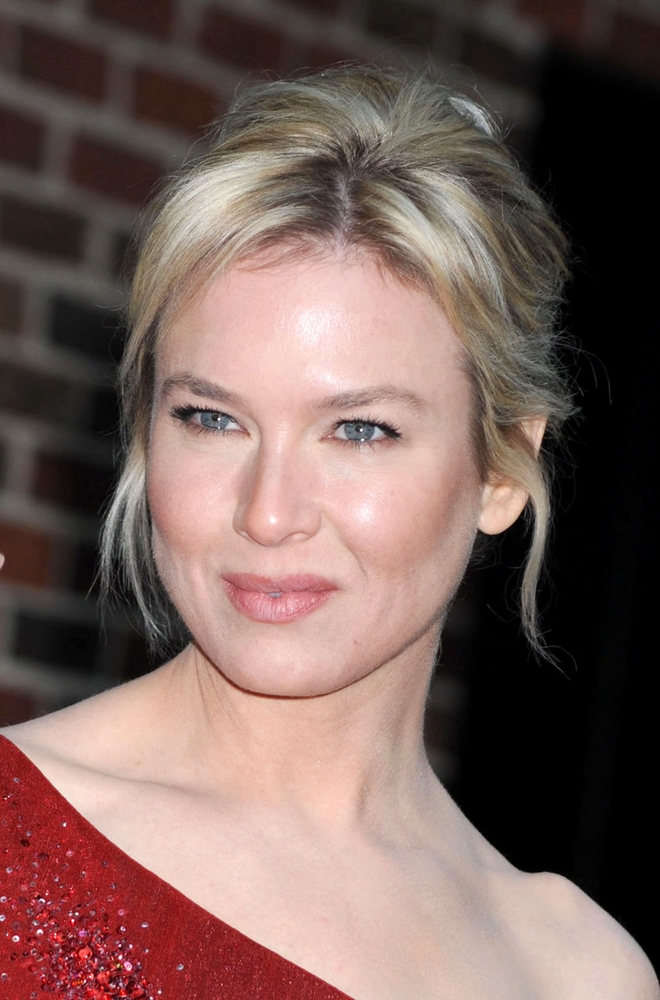 Later, she opened up about the rumors in a more direct way.

”That made me sad. It made me sad that somehow people were using that as a way to be cruel and calling someone gay as a pejorative, which has fateful consequences. Of course, there’s the bigger-picture problem of why anyone had to make up a story at all,” Zellweger said.

It would be five years before Chesney opened up about the ordeal and the breakup.

In an interview with Oprah Winfrey in 2010, Chesney revealed the real reason why his marriage to Renée Zellweger came to an abrupt end. Kenny said he was simply not ready for marriage, and explained that his life was like a box. Everything important in his life fits into that box and has his full attention and protection. Apparently, Renee didn’t manage to get into Kenny’s box. 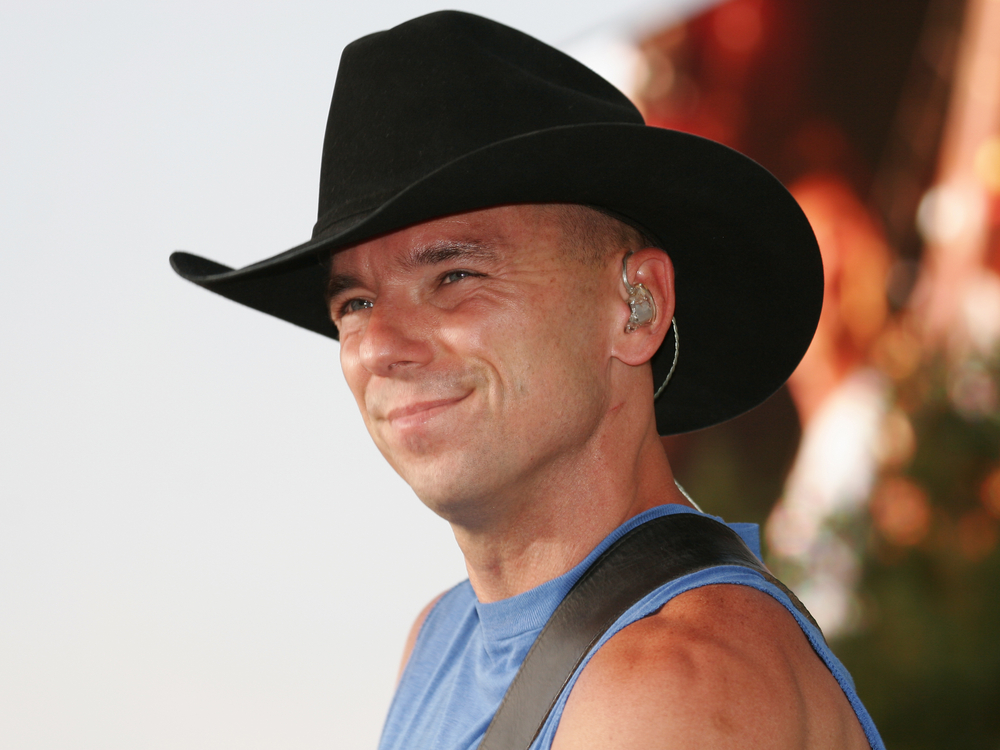 ”I panicked. It was out of the box. Oh my God, but it’s tough,” he explained.

”It really is tough, and she’s a sweet soul, no doubt about it, but I just wasn’t ready…. This is the first time I’ve actually talked about it, but that’s what happened.”

However, rumors continued to surface. Kenny has actually responded to the speculation more times than he should have had to.

“That is the most unbelievable thing in the world … What guy who loves girls wouldn’t be angry about that sh—? I didn’t sign up for that. I think people need to live their lives the way they want to, but I’m pretty confident in the fact that I love girls. (laughs) I’ve got a long line of girls who could testify that I am not gay,” Kenny said in 2009. 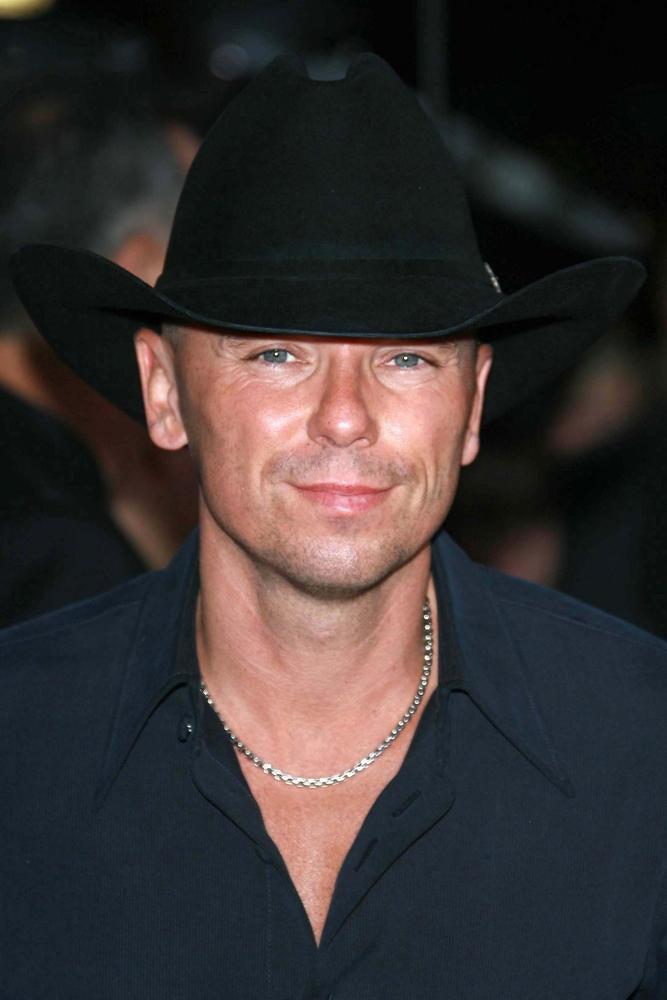 Fortunately, both Kenny and Renee have moved on with their lives after their dramatic breakup. Both have continued successful careers and seem to enjoy their personal lives.

These are two celebrities with great personal integrity, and I think that’s cool at a time when everyone wants to flaunt themselves on social media.

All respect to you two and continued good luck in the future!

Inside Daniel Craig’s private marriage with wife Rachel – here’s all you need to know
‘Little Hercules’ was known as “The World’s Strongest Boy’ – sit down before you see him today, age 29