Daniel Craig became James Bond for the whole world when he starred in his first 007 movie, Casino Royale, back in 2006. The British actor became a worldwide superstar after securing the titular role in the blockbuster films.

Of course, he’s now set to end his journey as James Bond; what the future holds for him is yet to be decided.

Now, Daniel Craig might be a famous secret agent on the big screen, but he’s also a family man, married with children. Here’s all you need to know about him – and why it’s very rare anyone gets an insight into his private life. 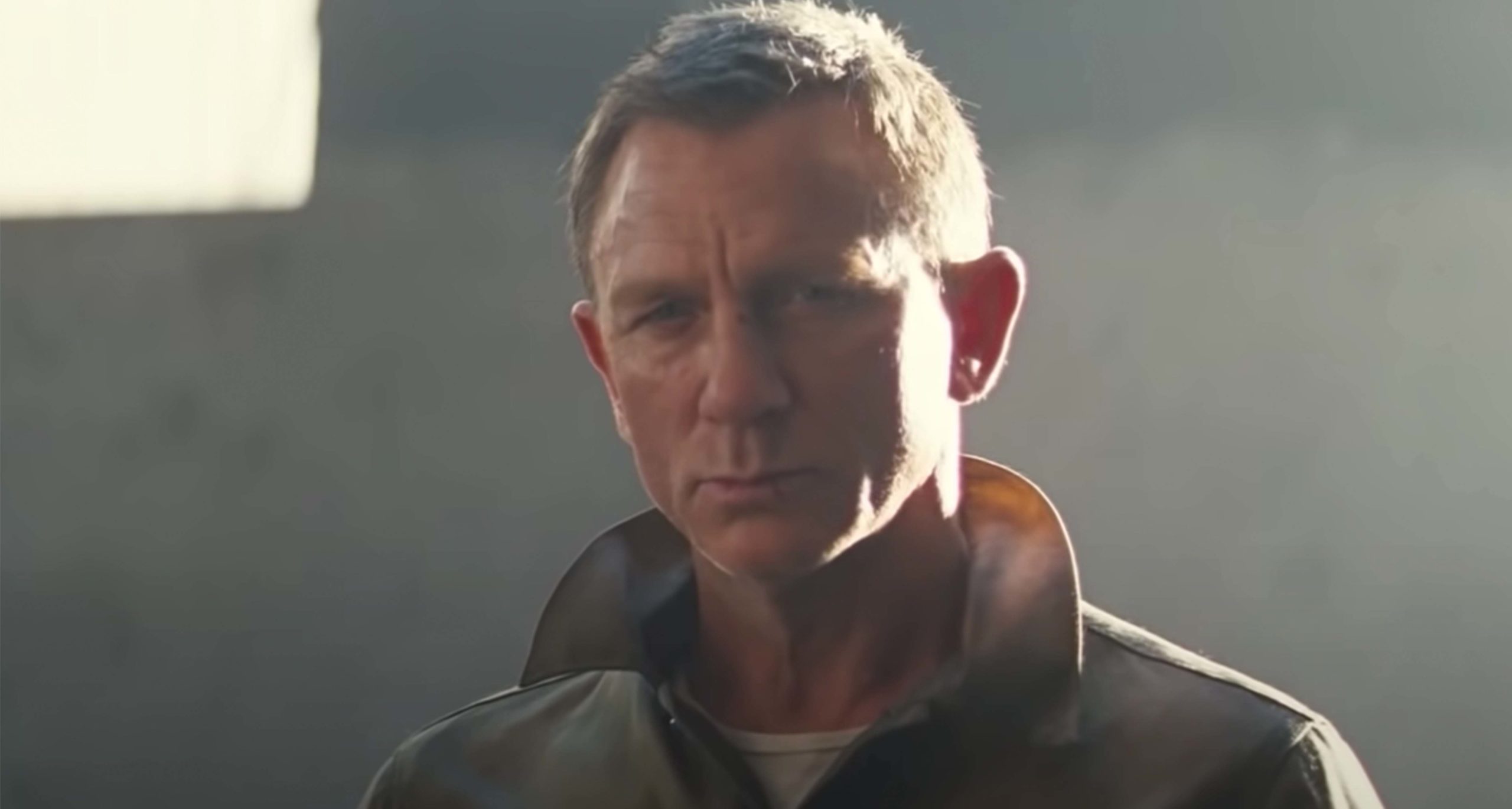 There are many characters in the annals of film history that will be remembered forever. Without a doubt, one of the most famous – even amongst those who haven’t seen the films – is James Bond. The legendary secret agent first appeared in Ian Flemming’s book Casino Royale, released in 1953, and since then the fascination with 007 has been never ending.

Ian Fleming reportedly took the name for his most famous character after coming across an ornithological book entitled Birds Of The West Indies. The author of said book? Yep, you guessed it … James Bond.

Fleming decided to borrow the name for his super spy – and the rest, as they say, is history.

Flemming went on to release 12 James Bond books. Today, his brain-child has become one of the most well-known blockbusters of all time. A total of seven actors have portrayed Bond on screen, while Sean Connery portrayed 007 for two terms.

Daniel Craig, meanwhile, has been Bond since the 2006 film Casino Royale. For many, he’s been one of the best actors to star as the agent.

Becoming James Bond has naturally brought incredible fame to Craig. But now, his tenure as 007 has come to its end. Though the films have made him exceedingly wealthy, he’s already decided he won’t be leaving any money for his children.

Why? Well, here’s all you need to know about Craig’s career and family! 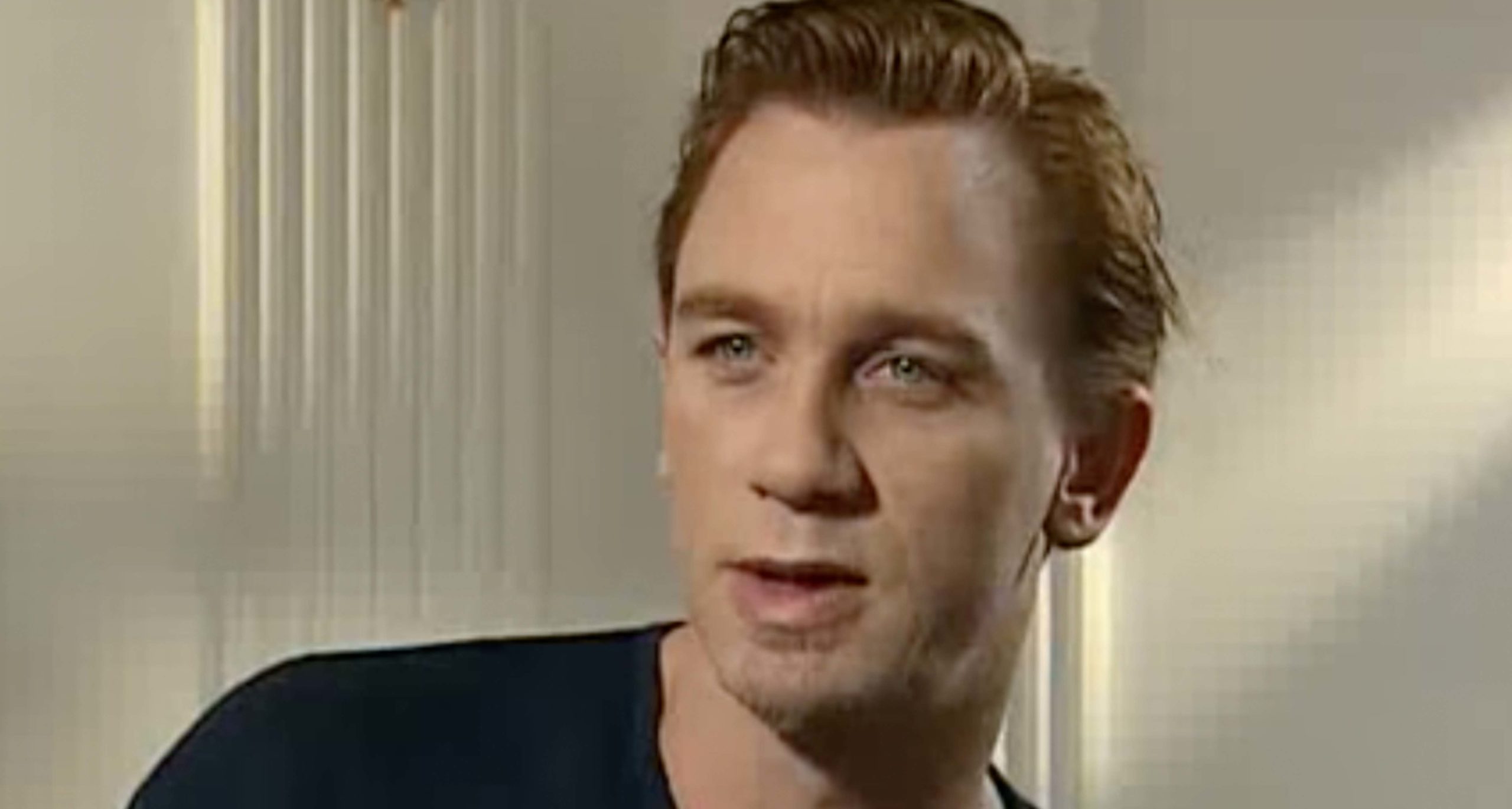 Daniel Craig was born on March 2, 1968, in Chester, England. He grew up close to Liverpool, England, where his mother, Carol, worked as an art teacher and his father, Timothy, as a pub landlord.

Craig’s parents divorced when he was young, but his childhood was joyful nevertheless. As per the man himself, his passion for acting was developed when he was a young boy.

“There’s an essay that my mother kept that I wrote at school when I was six, saying I wanted to be an actor,” he told Candis Magazine.

“I don’t remember writing it, but I do remember that I had a toy Winchester rifle and that my friends and I used to go out to the sand dunes, and we’d pretend to shoot each other and roll down the hills. I think that early pretending to be dead was the first acting I ever did!”

Craig said he could sit and watch movies for hours in the local cinema.

“I lived in a small town on the Wirral, and there was a small cinema; a real flea pit. The films had been around the world five times before reaching us. I used to sneak in there and watch the movies. A lot was garbage, but I didn’t care,” he recalled.

After his parents’ divorce, Craig lived with his mother and sister. He recalls his childhood being quite “ordinary,” though his passion for acting became even more intensive in secondary school. 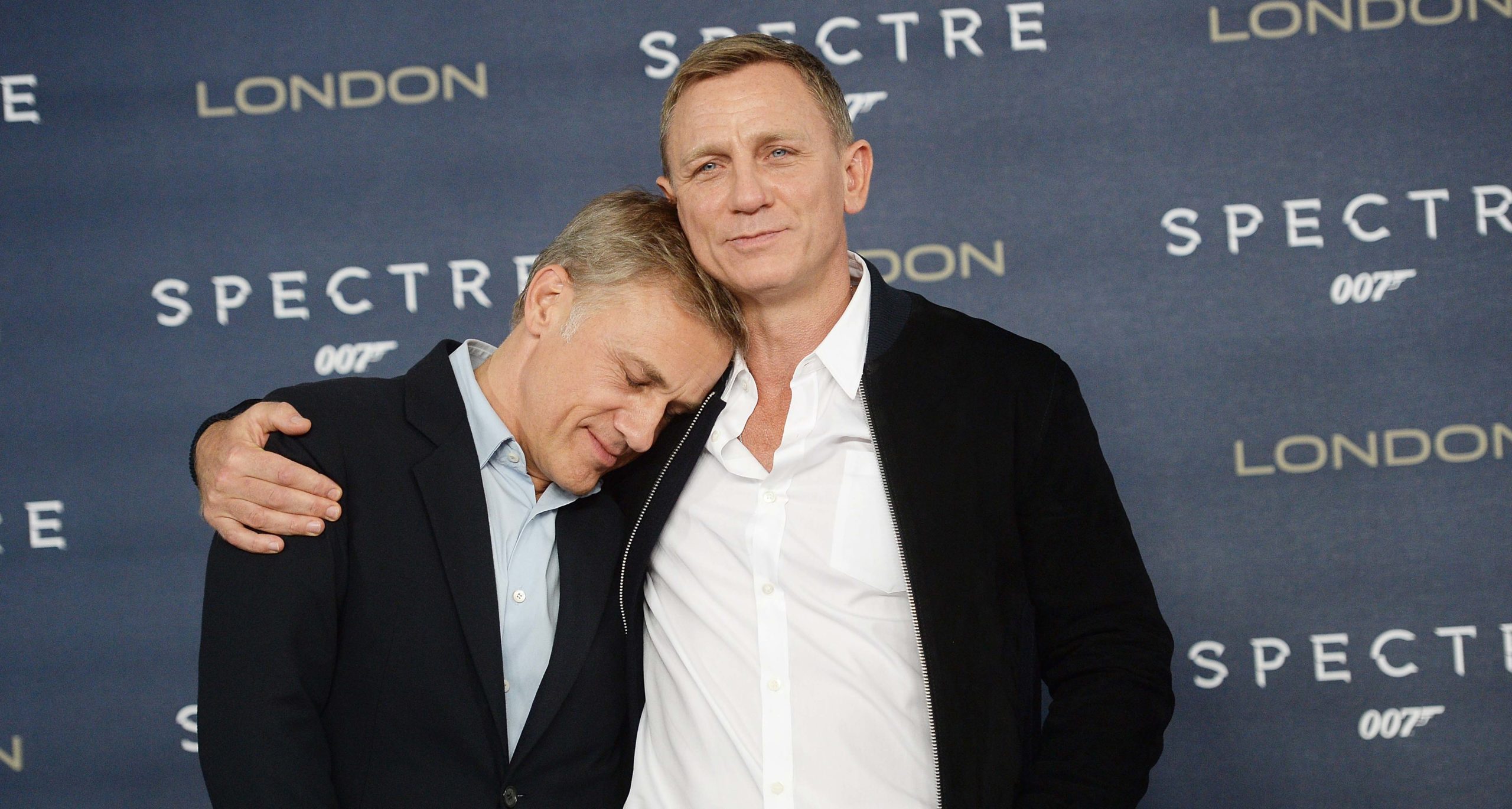 As his school had an excellent drama department, Craig finally had the chance to live out his dream of acting. His mother knew many actors, and supported him wholly in his interest.

Almost kicked out of drama school

These days, Craig has become a massive Hollywood star and so lives his life in the spotlight. Despite that, he tends to not speak about his childhood that much.

“I liked the idea of it—you know, shouting a lot and dressing up and all that,” Daniel Craig told Interview Magazine in 2007.

“But I tend to keep genuine growing-up things as private as possible and don’t go into detail. It’s nobody else’s business. It’s all very well to get me to go and do a magazine piece and sound off and tell stories, but my memories are as selective as everybody else’s, and people recall things in different ways.

“I mean, I could say, ‘I grew up in this house, and the front door was red,’ and someone could go, ‘No, it wasn’t—it was blue!’ But if you stick with feelings and emotions, you’re in safer territory. It’s kind of unfair to ask someone to do more than that.”

As Craig’s love for acting grew, he decided to study the profession. He was accepted into the National Youth Theatre at 16 and later studied at Guildhall School of Music & Drama.

Even so, he came close to throwing away his talent. As per reports, Craig was almost kicked out of drama school three times because he had a bad habit of showing up late for classes and performances.

“I had a lot of fortune at the beginning with the National Youth Theater. It was learning the discipline,” Craig recalled when appearing on BAFTA: A Life In Pictures.

“If you were late, you got so much shit. It was truly priceless. I skipped drama school, and the first year was late all the time. I almost got fired three times, I made up a long excuse once, and a teacher said, ‘This is a bit wrong, Daniel.’”

Craig worked as a waiter while trying to get gigs. Then, one year after graduating in 1991, he made his film debut in The Power of One. In 1992, the Bond actor got married for the first time.

Craig tied the knot with Scottish actress Fiona Loudon, and the couple welcomed daughter Ella Craig the same year. In 1994, though, the couple divorced.

He dated several women over the next decade, and it was after this period that he eventually met his second and current wife, Rachel Weisz. Fans might remember the couple from their roles in the 2010 thriller Dream House, but they actually met as early as their college days, according to Metro.

It wasn’t until they worked together in 2010 that the two started having feelings for each other. Craig and Weisz started dating shortly afterward, and then tied the knot in a small ceremony in New York with only four guests present. 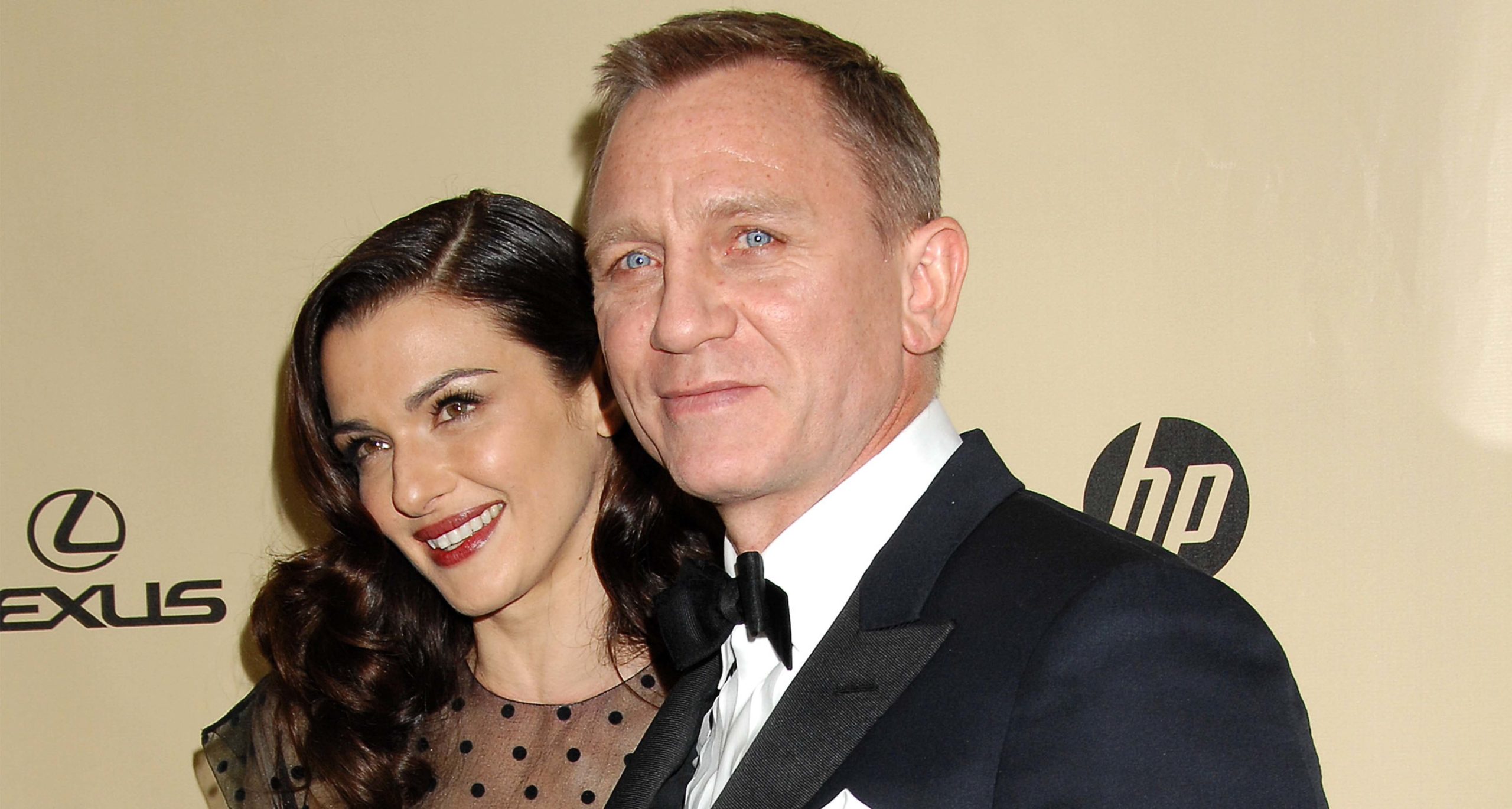 “We did it privately. And I’ve got a lot of people to thank for that. But that was the point. We did it for private reasons,” Daniel Craig told GQ.

“Because we didn’t want it f***ed up because that would be sharing a secret. And the whole point is that it was a secret. A secret is a secret in my mind.”

Craig and Weisz have previously explained that she wears her ring “with pride.” Initially, though, she didn’t have any plans for marrying the James Bond actor.

“I never thought I would get married,” she told Evening Standard.

“It was not an ambition of mine. It was the opposite. I couldn’t relate to romantic comedies – marriage seems to be the whole point of them. Then it just happened, happily, at a more mature moment.”

The couple are rumored to be very private, and neither want more attention than necessary. For Rachel, it’s exactly this that protects their relationship.

“He’s just too famous. It would be a betrayal. You have to protect your marriage,” she told Entertainment Online.

“When you’re young, you tell your girlfriends everything. One of the great pleasures of not being an adolescent is that you don’t have to share everything. When you’re married, that door closes. The audience goes, and you’re in your own life.”

“Daniel and I are really similar. We’re just really crap at talking about our private lives,” she added.

Weisz has a son, Henry, from her previous marriage to Darren Aronofsky. 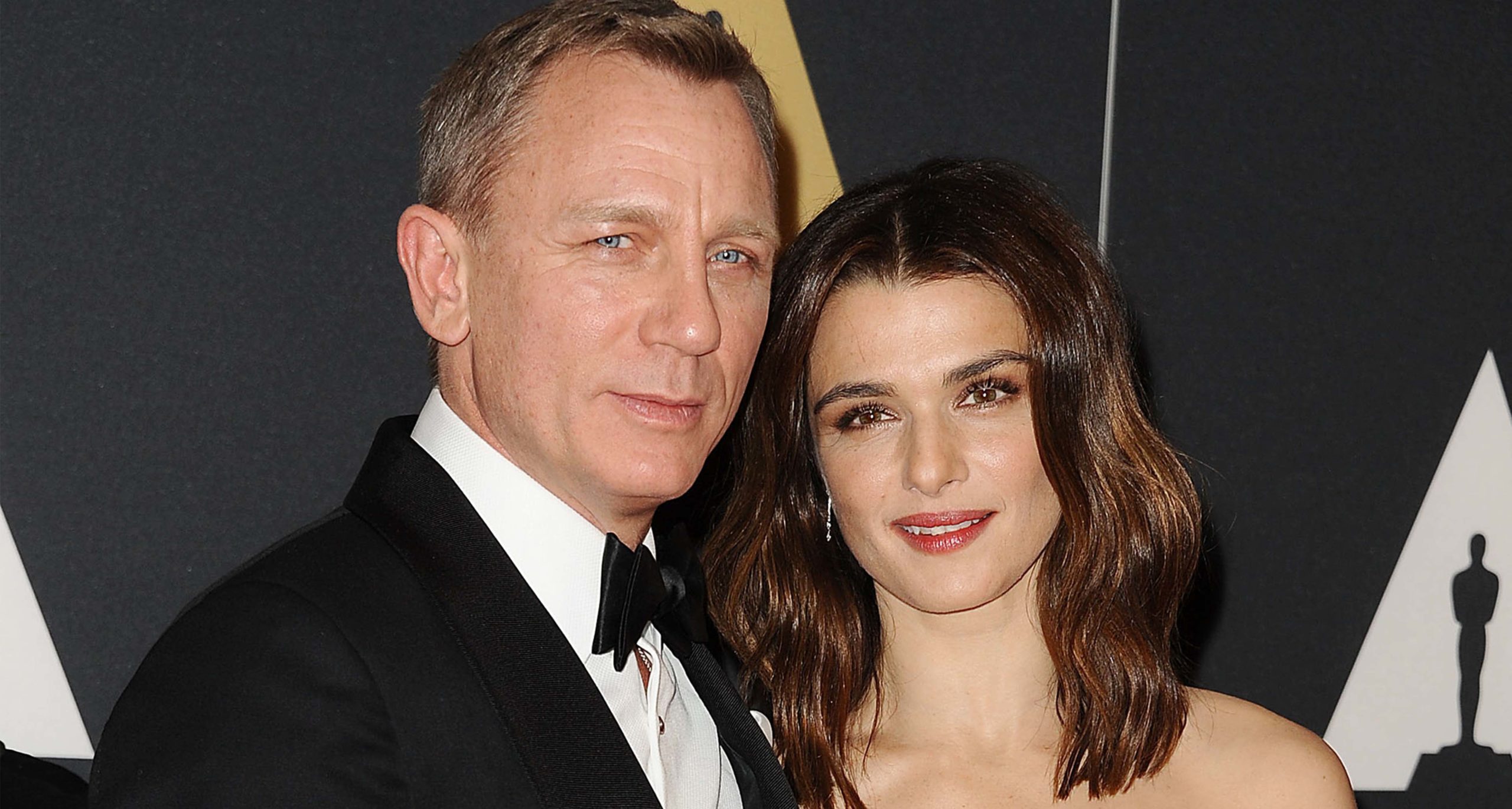 While the 51-year-old and Craig’s romance bloomed, her husband continued to work in show business.

In 2002, he starred in Road to Perdition alongside Paul Newman, and in 2005 he was in the 2005 Steven Spielberg film Munich. Craig then appeared in The Girl with the Dragon Tattoo (2011), two years after he had made his Broadway debut in Steady Rain, alongside Hugh Jackman.

After Pierce Brosnan’s stint as James Bond came to its end, rumors began to spread that Craig was being considered to take up the mantle. In 2006, he did just that, appearing in his first 007-film, Casino Royale.

“When I accepted the job to work on Bond, I genuinely did it to change my life. I knew that it would flip everything on its head. … I’ve never made movies for money—I’ve always made them because I truly wanted to do them,” he explained to Interview magazine.

Casino Royale became the highest-grossing Bond film to date, bringing in around $600 million worldwide. Craig returned as the suave spy in the 2008 film Quantum of Solace, and subsequent films followed. The British actor appeared alongside Javier Bardem in Skyfall (2012), Christoph Waltz in Spectre (2015), and, in his latest and final outing, No Time to Die (2018).

Rachel Weisz, meanwhile, has also continued her acting career, starring in several films over the years. As of today, she’s set to appear in the series Dead Ringers, which is currently in production, according to IMDB.

The 25th Bond film, No Time To Die, is Daniel Craig’s final appearance as 007. What lies ahead for him in the future is yet to be decided. Of course, it’s safe to assume that Craig doesn’t have to worry about taking roles to make ends meet anymore.

According to Yahoo Finance, the Bond actor has a net worth of an estimated $160 million. Yet even if acting has turned his entire life upside down, giving him opportunities the rest of us can merely dream of, Craig doesn’t encourage young actors to follow in his footsteps.

Speaking on BAFTA: A Life In Pictures, Craig claimed that the industry could be very tough, especially when it comes to roles and rejections.

“My advice to young actors is not to do it – just any other career,” he said. “It’s so degrading and depressing at times, rejection. I was defensive and brave enough to face it.”

Now, as stated, Craig has a multimillion fortune in the bank. Interestingly, though, it seems like his daughter won’t get any of that money.

Craig’s daughter Ella is rarely seen on the red carpet, though she did appear alongside her father for the red carpet of No Time To Die. According to her Instagram page, Ella works as a model and is also involved in charity work.

So just why is Daniel Craig reluctant to leave her any money if and when the time comes?

“Isn’t there an old adage that if you die a rich person, you’ve failed?” Craig said, as quoted by The Times.

“I think Andrew Carnegie gave away what in today’s money would be about $11 billion, which shows how rich he was because I’ll bet he kept some of it, too.”

He added: “I don’t want to leave great sums to the next generation. I think inheritance is quite distasteful. My philosophy is get rid of it or give it away before you go.”

What do you think of Daniel Craig’s performance as James Bond? Please give us your opinion in the comment section!