The elderly woman initially spoke of “the white angel talking to me” after waking from a coma. Everyone was speechless after hearing this statement.

Each of us has heard tales of animals that are incredibly dedicated to their owners, who they love more than their own life and would always sacrifice for in order to ensure that their people are happy and healthy.

Another illustration of the above is this story about  Francisca Romero, a senior citizen.

At one time in her life, she underwent a trying journey during which she fell into a profound coma. Doctors made a lot of effort to assist her, but eventually they gave up. The doctors gave up on saving Francisca and abandoned her to her fate. 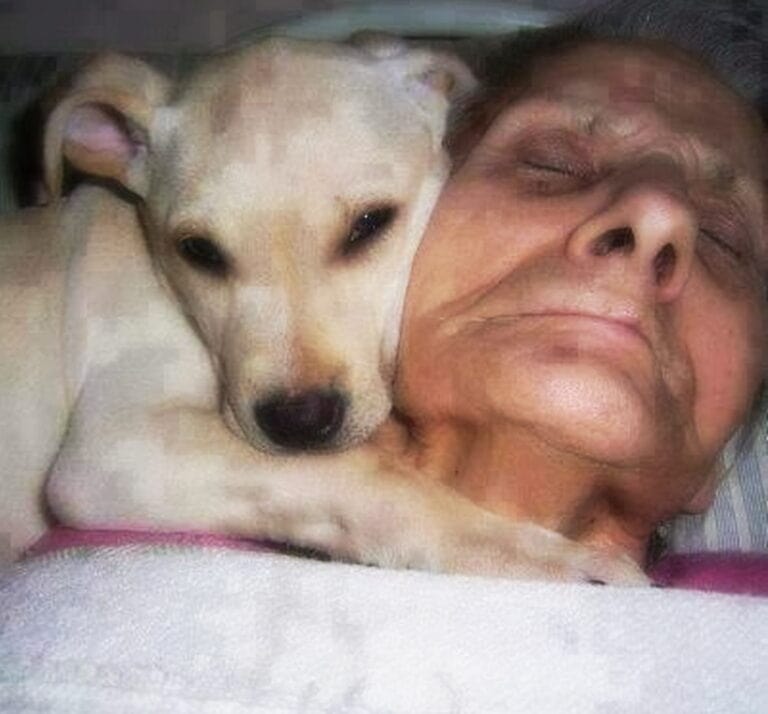 They came to the conclusion that the woman had little likelihood of waking up from her coma.

The woman, on the other hand, had a very special someone in her life who also paid her a daily visit. It’s her white and extremely adorable dog, who seemed to have a completely different vision of the woman’s destiny than the doctors did.

The dog paid her friend frequent visits and sat on the woman’s head for two and a half hours, caressing her. A month after the sad incident in which the woman fell into a coma, everyone was shocked. The woman mysteriously got up one morning after being in a coma for a month.

“Where is the white angel that whispered to me every day that everything would be okay?” the woman said, referring to her dog and what the small animal had “whispered” to her.

The women’s comments surprised the doctors, who were perplexed by them.  She could have been reminded of the four-legged friend’s presence because they couldn’t comprehend what she was saying. Another instance of something that science is unable to explain.

One of them is undoubtedly love, as is devotion to an animal and vice versa. Everyone was taken aback by the dog’s love towards its owner, but the woman’s memory of the visit caught everyone off guard.

Six New York boys put up with their classmates’ crude humor and mockery.
The incredible story of a son who brought his sick mother to a nursing home