“When my family relocated to Guatemala, I was 16 years old. I had been living the American dream up until that moment, but that move created a complete 180 in my life when I began to see the world in a new light.

My life was very different from that of typical American teenagers.

I wasn’t learning to drive, I wasn’t on the high school volleyball team, I wasn’t going to prom, and I wasn’t hanging out with my friends.

Instead, I was roasting marshmallows on active volcanoes, watching surgeries in rural hospitals, holding 11-year-old girls’ hands as they gave birth, translating paperwork, standing up to abusers in court, and bringing home abandoned kids. 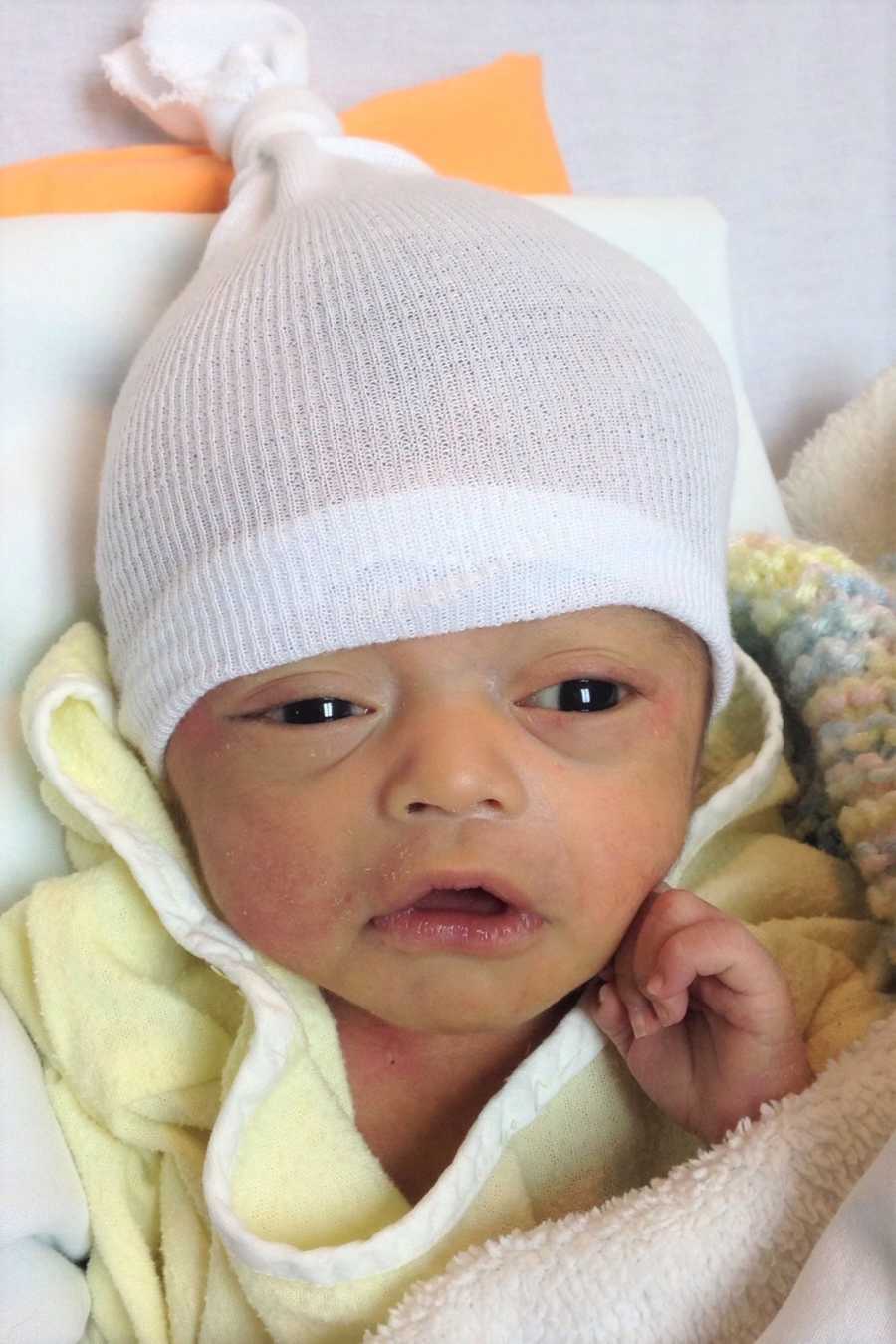 But what I’ve discovered is that stepping outside your comfort zone and allowing God to use you, even when you’re terrified, will teach you and stretch you, and lead you on a trip where you’ll discover that He is much better than any comfort this world has to give.

My parents adopted five children before going to Guatemala. We saw the harm that institutional living might cause, as well as how they thrived in a family setting.

So, in Guatemala, my family built the Village of Hope. A children’s home in the format of a family for children with special needs as well as adolescent mothers.

In our orphan care community, we currently care for 55 children of all ages and have hired 54 Guatemalan staff members, providing jobs and preventing more children from becoming orphans. 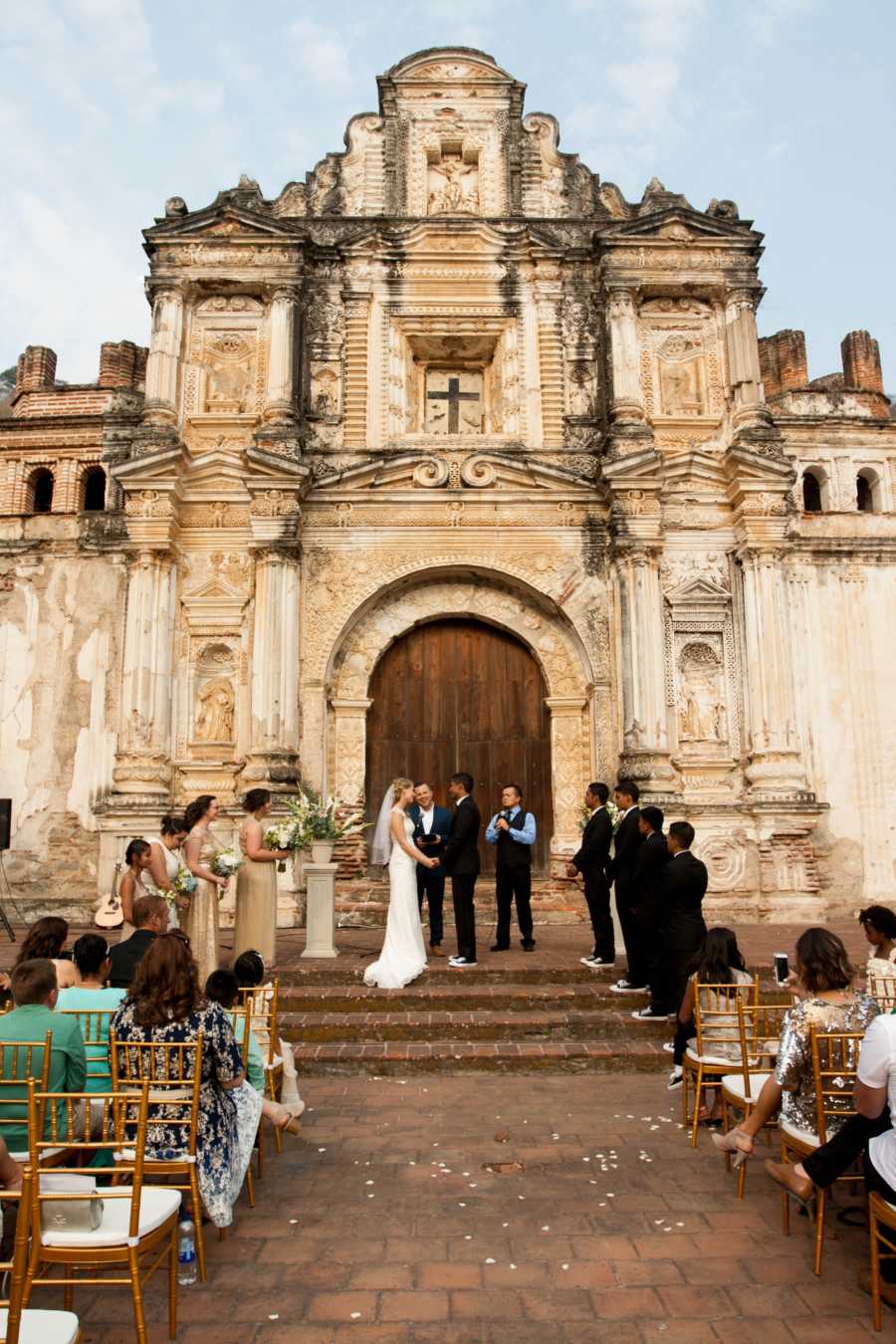 I was caught in the middle. That is until I discovered my true calling.

‘There’s a 10-day-old newborn girl with an illness,’ he explained.

‘I’ll take her,’ I said without hesitation, and the social worker arrived at our door a few hours later, clutching a bundle wrapped in an orange blanket.

She explained that because of her diagnosis, the baby girl had been abandoned. Nothing had been left for her, not even a name. She wasn’t supposed to live for very long, either. 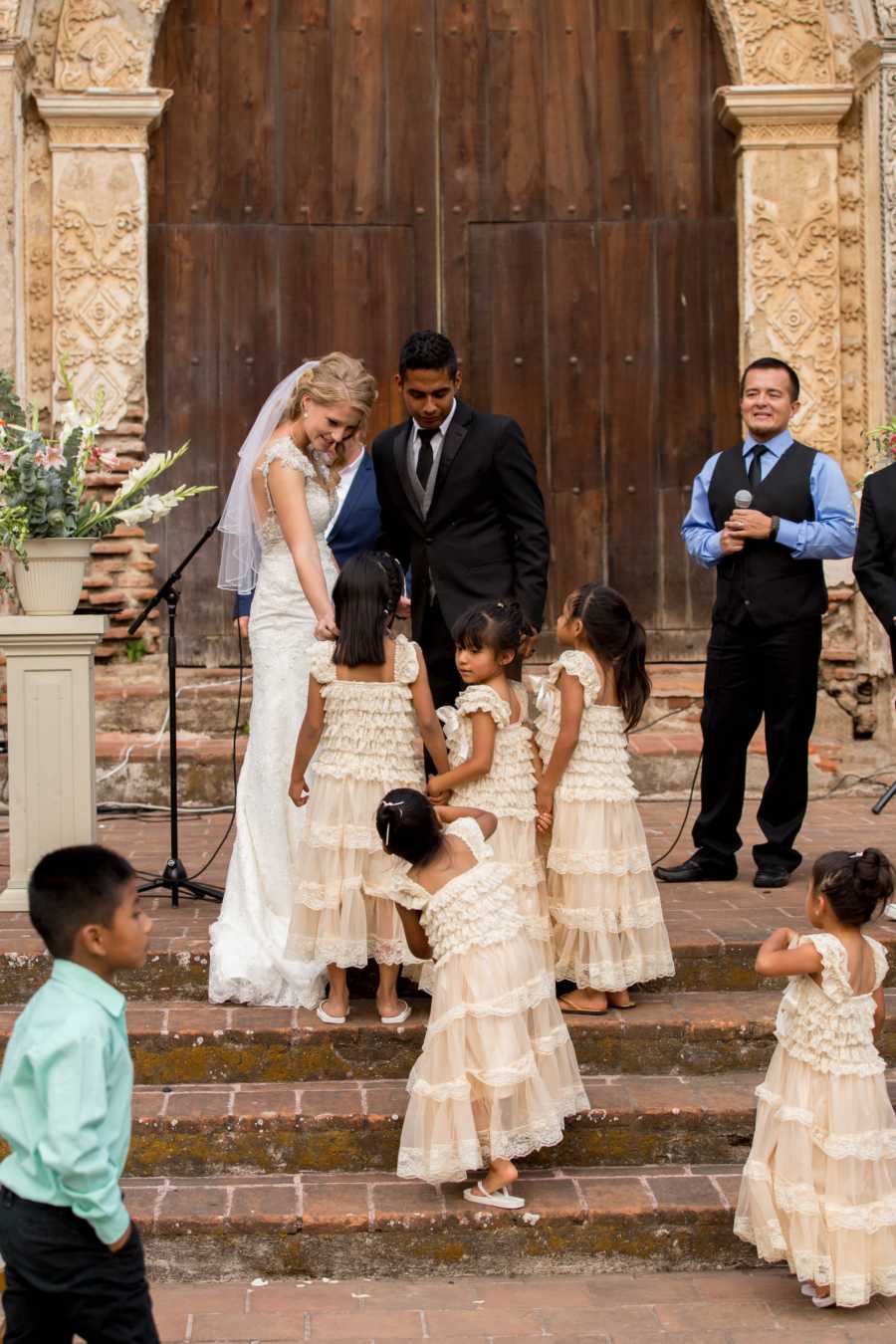 I quickly discovered that this infant girl had a condition known as Hydranencephaly. To put it another way, she only had roughly 3% of her brain.

Days passed, punctuated by MRIs and hospital appointments, until I stood in front of the judge at the courthouse, asking if I could adopt her and give her a name.

‘She’s probably not going to live, and even if she does, she’ll never have a regular life,’ the judge said grimly. So what’s the point of bothering? Why are you so concerned?’ 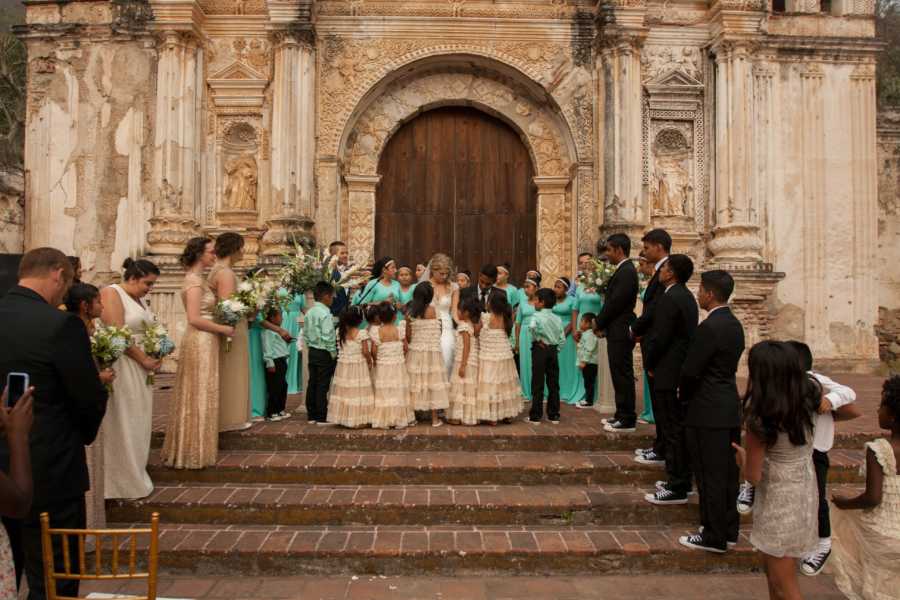 I returned her stare and informed her that I cared because her life is important, and the value of our lives isn’t determined by the number of days we have left.

Emma Leigh was her name. Emma means entire and complete, which is exactly what we wished for her brain, and Leigh is my and my mother’s middle name, as well as the name I had always wanted to give to my firstborn. 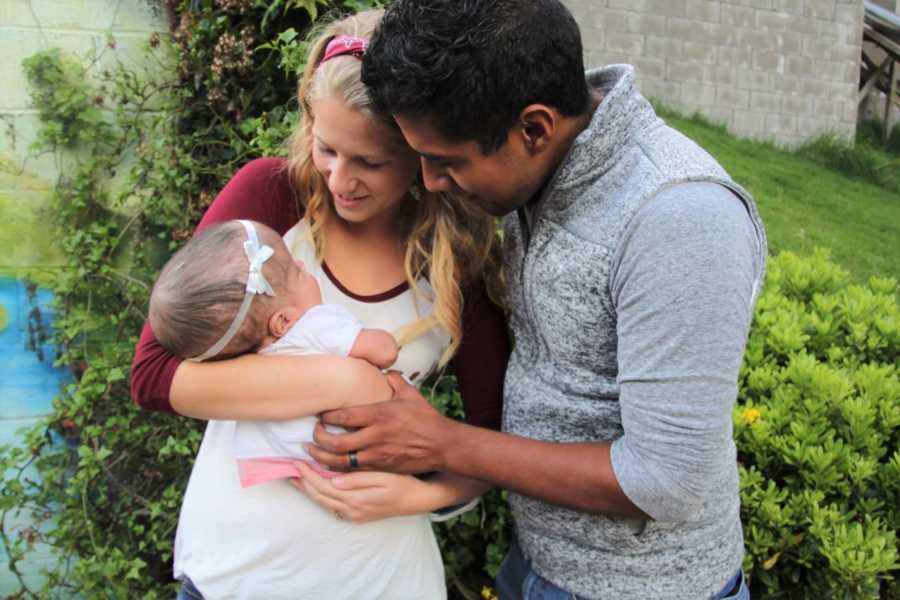 Emma Leigh passed from my arms into Jesus’ arms on April 16th, 2015. She was born into a dismal position, but she died surrounded by love.

Taking care of Emma Leigh taught me that this isn’t the case for every child. The majority of youngsters, such as Emma Leigh, are left to die alone.

And I couldn’t stand it any longer, and I couldn’t pretend that kids like Emma Leigh didn’t exist. As a result, Into His Arms was conceived.

A location where children who have been classified as terminally sick can be adored till the end of their lives. 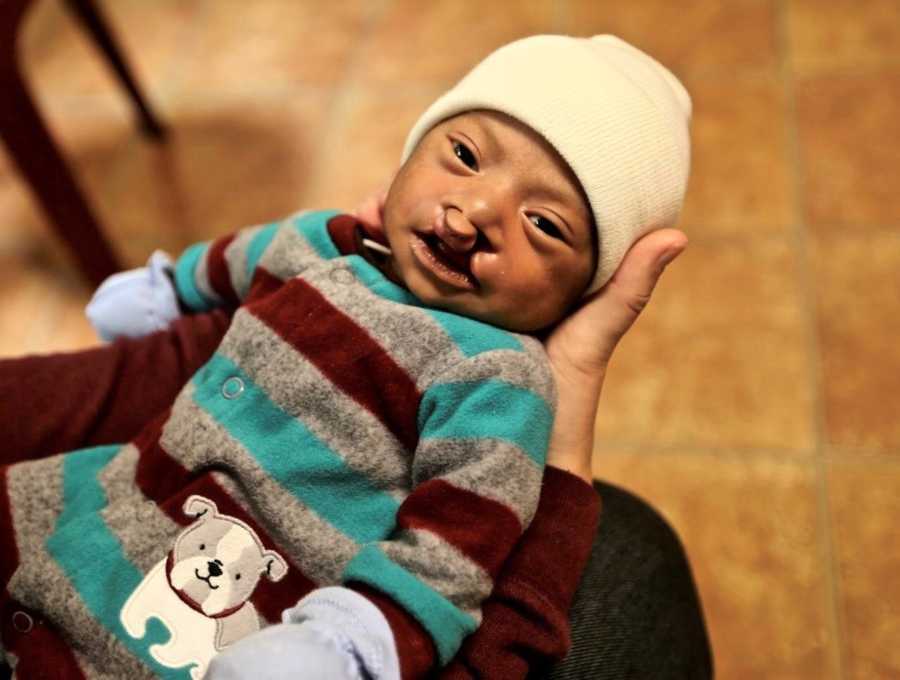 But I’d never thought of him as anything more than a pal. After all, what man wants to marry a girl who looks after terminally ill newborns, I reasoned?

But Ronald knew I was the one he would marry from the first day we met when I interviewed him for a position at our ministry. It took a little longer for me.

I could tell he was just as concerned about these kids as I was. I let go of my guard and fell in love. On April 22, 2017, we married among the ruins of Antigua, Guatemala.

Because every child at Village of Hope wanted to be a part of the ceremony, we had 18 ring bearers and 37 flower girls at our wedding. 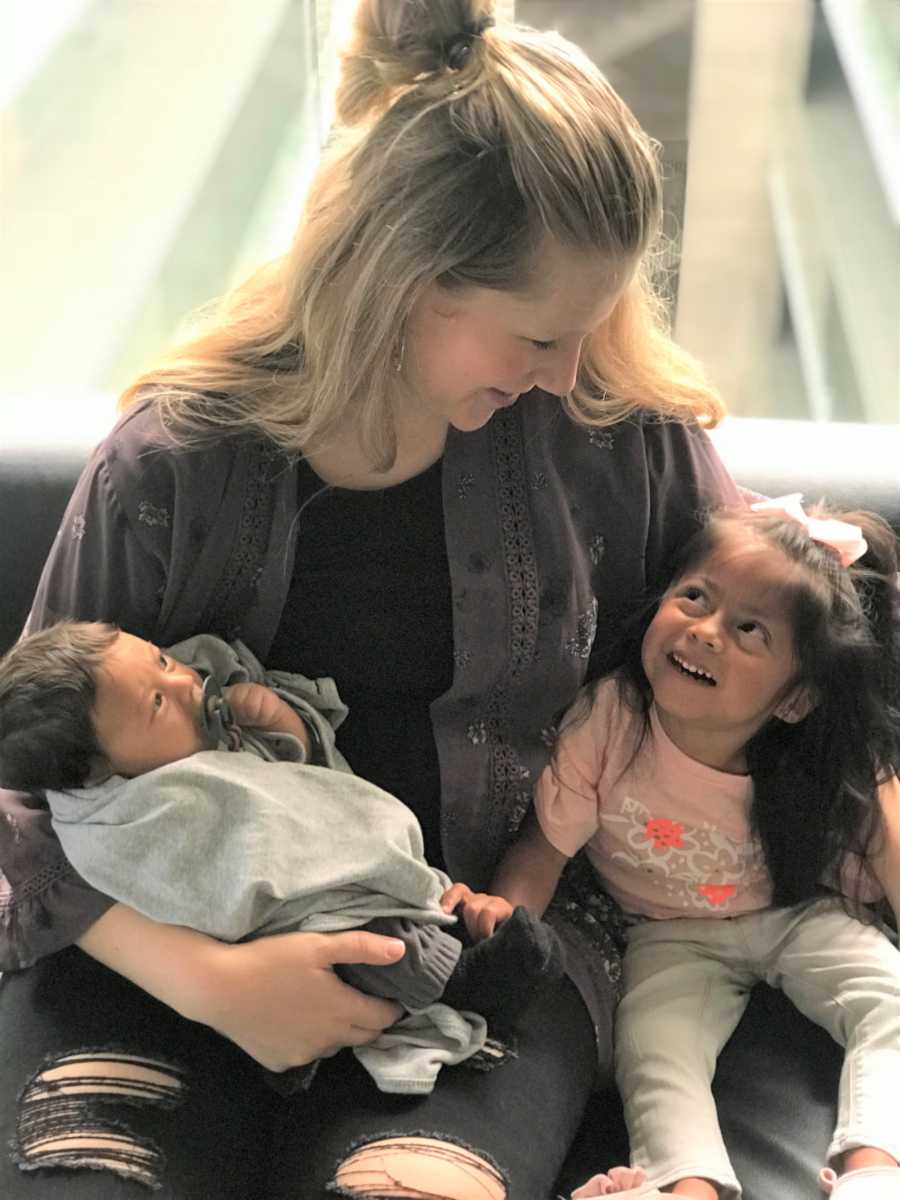 I was in court just a few months after our perfect wedding. I was speaking with a judge when I discussed the type of children with whom our ministry works.

I informed him that we had taken in youngsters who were deemed “incompatible with life.” He quickly jumped up and walked inside his office, muttering something to the courtroom reporter.

I waited, perplexed. He came back in a few moments later and handed me a file. ‘There’s this little girl,’ he explained.

‘We’ve been phoning places for over a year, but no one will accept her.’ I flipped through the court file, reading page after page of medical diagnosis I didn’t understand, until I reached the list of persons and places who had been contacted, along with their reasons for declining. 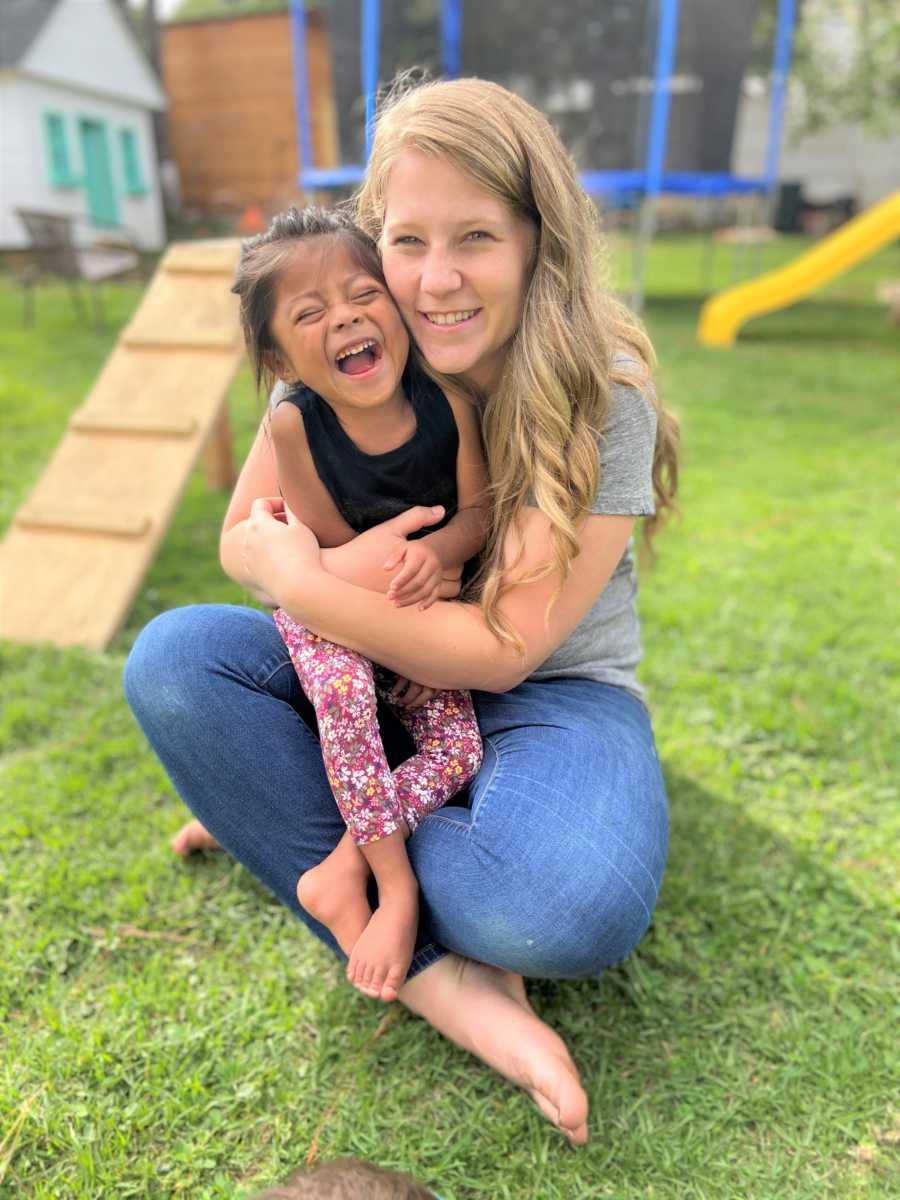 Some listed, “We don’t have enough staff.”

Others responded, ‘We don’t take kids with special needs.’

‘Not THOSE special needs,’ says the narrator.

‘We don’t have enough room.’

‘We don’t have the necessary equipment.’ 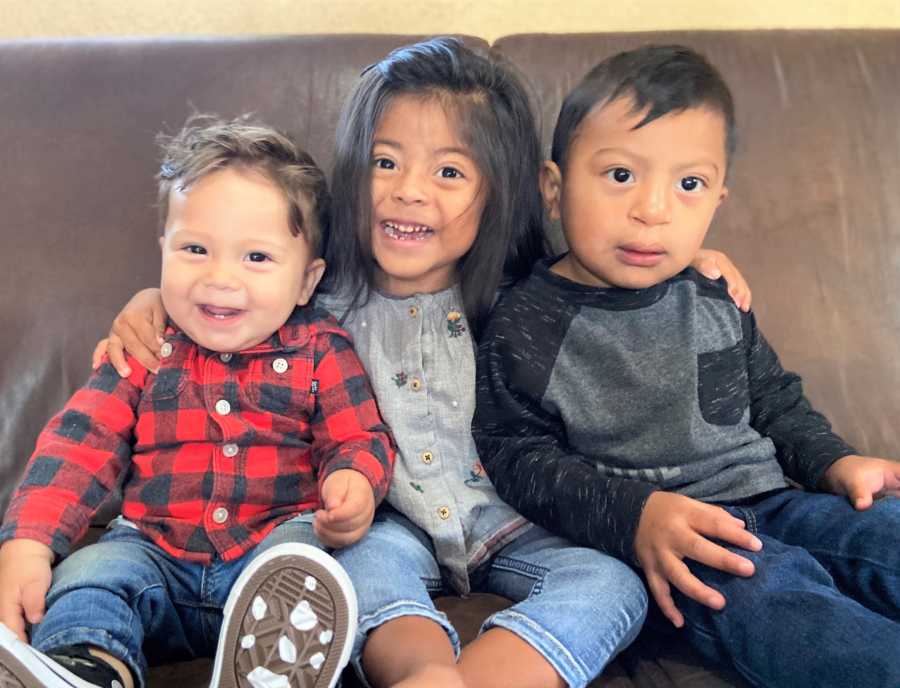 I recognized that any of those justifications could have applied to me as I read down the list, but I also knew that there was an innocent newborn girl in need of a home, so despite every reason to say no, I said yes.

In addition, Zailee Grace moved in with us at Into His Arms.

A few months later, we were awoken at 3 a.m. by the sound of police sirens and flashing lights. We leaped from our beds to find a cop holding a baby boy.

The local hospital had alerted the authorities in a town several hours away about a newborn who had been abandoned there.

They were taking prisoners from one prison to the next, and since they were already on their way, they decided that this baby boy could accompany them to a place where children like him were accepted. 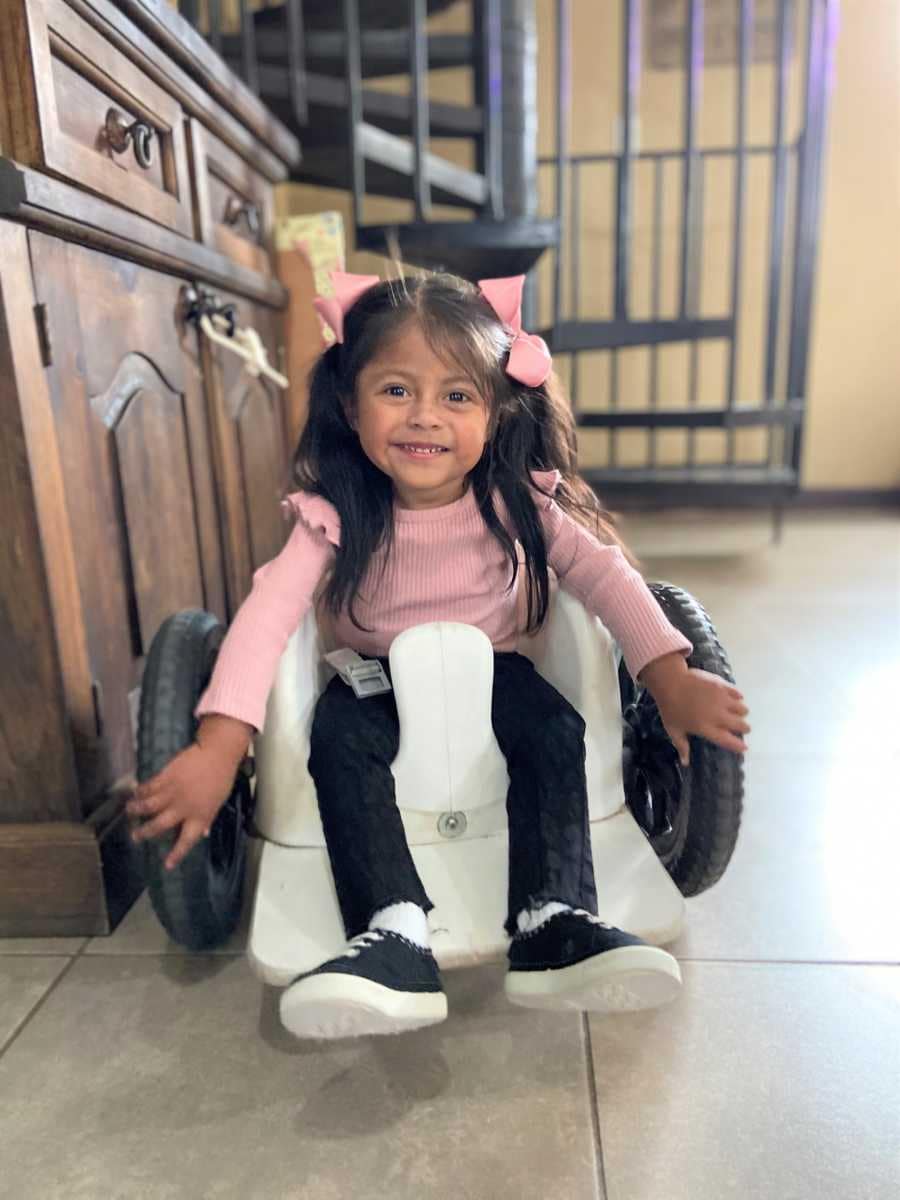 We welcomed Ezra Justice into our home, not knowing what the future held for him, and we let both the police and the inmates in for a warm lunch before they continued on their way.

We’ve been fostering children with various special needs since 2015. Atlas Jude, a little miracle from the womb, would likewise be a blessing from the Lord.

‘To bring God’s praise all throughout the planet,’ says Atlas Jude. That is precisely what we represent.

We sincerely hope that nothing will ever prevent us from doing so. Our hope is that by sharing our story, people would recognize the value of these children who are often overlooked.

While some of the children in our care receive love and comfort during their brief time on this planet, we get to see others heal and grow.

However, the majority of them do not remain with us indefinitely. We’re merely the fortunate ones who get to walk beside them during one of their most difficult and vulnerable periods.

It’s difficult to keep opening your heart to children again and over again, knowing how painful it is to let them go.

However, with Ezra and Zailee, we get to be the lucky ones who get to love them for the rest of our lives.

On June 3rd, 2020, we became a forever family of five after months of paperwork and jumping through hoops to learn Guatemalan adoption regulations. 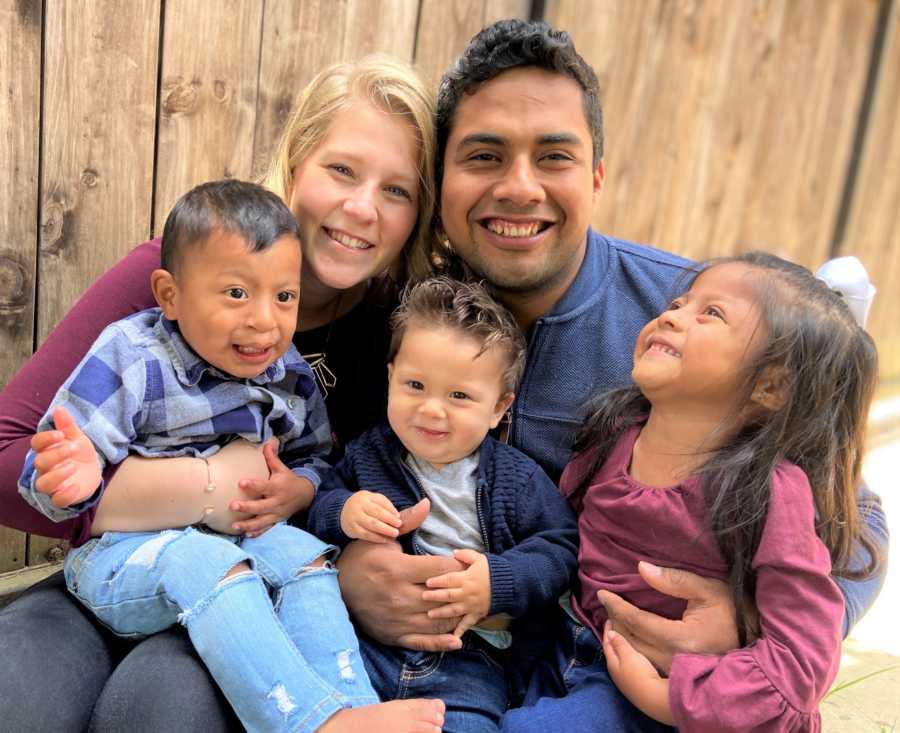 Ezra Justice is now two years old and will need several surgeries in the future, but he is a fighter. He’s powerful and loving, and he never fails to make us laugh.

Zailee Grace has the status of a princess. Her list of diagnoses is still long, and her life prognosis is low, but she smiles and laughs every day.

Atlas Jude is the most adorable baby brother; he adores his siblings and they, in turn, adore him.

It wasn’t always an easy road that led us here. I’ve had guns pointed at my head, held newborns in my arms as they drew their final breaths, and sat in doctor’s offices cradling one-year-olds who had been raped.

I’ve seen the darkest parts of the world, but I’ve also seen a lot of light.

Orphans have become sons and daughters in my life. People have rallied around widows, orphans, and families struggling to make ends meet because they care. Because they recognize their worth.

There is a lot of bad in the world, but I believe there is also a lot of good, and it is up to us to be good.”