It’s amazing what some closure can do for a person – or for a dog.

Sadie, a 13-year-old border collie-dalmatian-shepherd mutt, had been mourning the loss of her best friend and owner who recently passed away from a heart attack.

Sadie had been the man’s loyal companion since he adopted her as an 8-week-old puppy.

The man’s wife, Julie Beaulieu, says that the senior dog had become depressed following the death of her husband. For the ten days following Mr. Beaulieu’s death, Sadie lost ten pounds because she refused to eat. 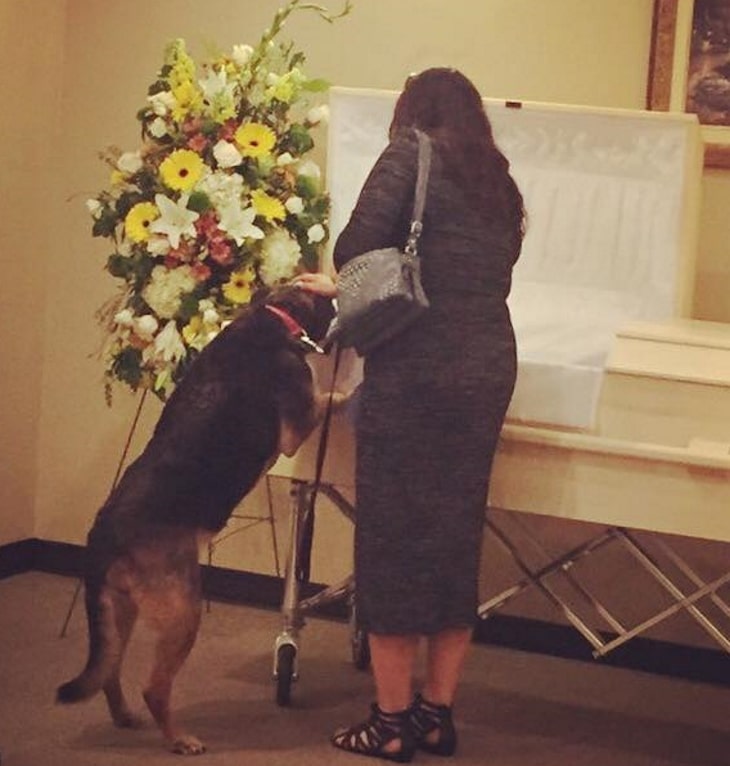 “She was so distraught and lost. Around 2:30 or three o’clock she’d listen for his truck, she’d go stand at the window and look. She was waiting for him to come home,” she told Global News.

So when Sadie and Julie went to her husband’s memorial service, she invited the dog to say goodbye.

“She hadn’t eaten since he passed, so I thought by letting her see inside the coffin and seeing him there, maybe it was going to give her some closure as it did for me,” she said.

“I let her stand up and look and she had almost a look of shock on her face. She stood there… and was quite puzzled by it and then she just seemed to relax and just stood there with me.”

The director of the funeral home snapped a photo of the peaceful moment, which Julie now uses as a source of comfort and affection.

As for Sadie, Julie says that the dog went home after the service and ate two full meals – and she has gone back to enjoying her normal routine ever since.

Share This Pawesomely Sweet Story Of Companionship With Your Friends – Photo by Elements Cremation, Pre-planning and Burial