According to reports, Princess Charlotte wept as she bid her great-grandmother, the late Queen Elizabeth II, farewell.

The little princess, who is seven years old, was comforted by her mother, who is now known as the Princess of Wales, after the Westminster Abbey ceremony seemed to be too much for her.

When Princess Charlotte uploaded a photo of herself crying on social media, Royals fans were eager to respond in their grief.

“Seeing Charlotte in such a state today has completely destroyed my heart.” 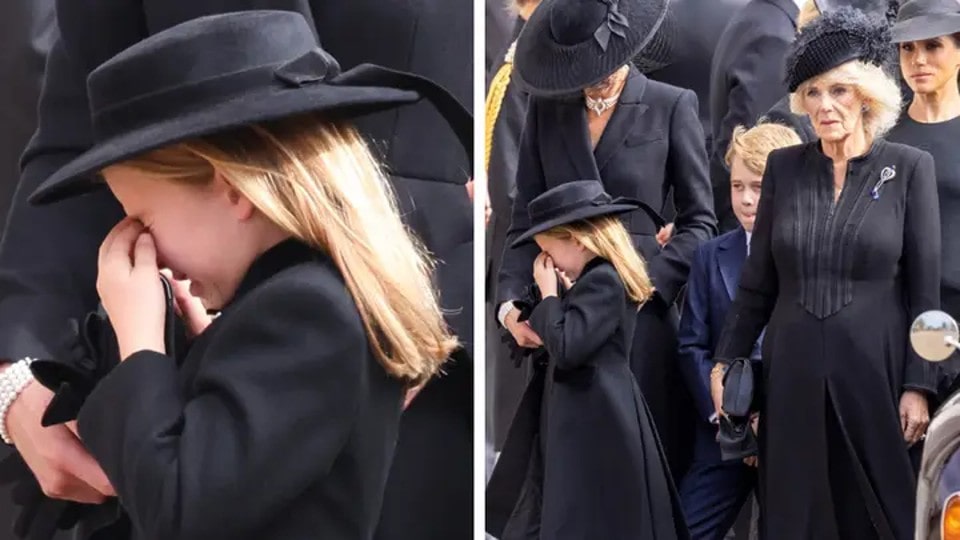 Princess Charlotte wiping tears has hurt me,” wrote a second user, and “Bless her..tears for Gan-Gan #PrincessCharlotte,” wrote a third.

It was “really distressing to witness Charlotte break down in tears and George seem genuinely anxious,” a fourth individual said. How distressing that must have been for the royal children is beyond my comprehension.

“That picture of Princess Charlotte sobbing has utterly shattered me,” said a fifth person who expressed their feelings.

The tiny princess walked behind the coffin of their grandmother, Queen Elizabeth II, on Monday with her brother Prince George, who is now second in line to the throne.

The kids, who reportedly called her “Gan Gan,” were among the youngest mourners to follow the coffin inside Westminster Abbey for the mourning ceremony. There were about 2,000 people in attendance. The late Queen was honored at the service. 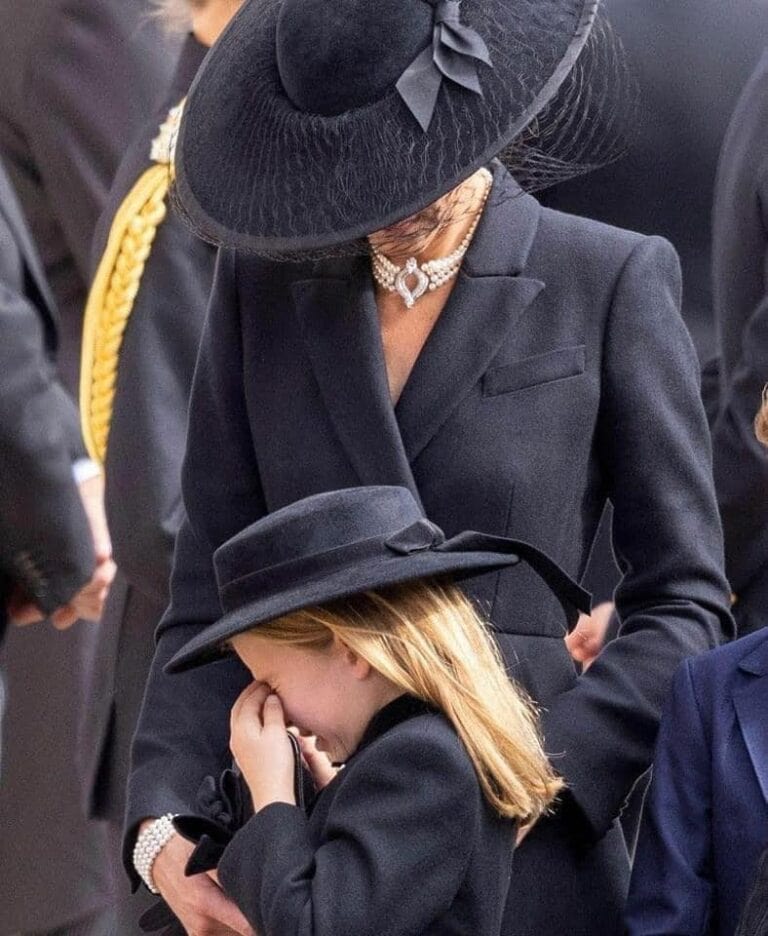 Princess Charlotte and Prince George followed the recently crowned King Charles III and Queen Consort Camilla while being led by their parents. One parent followed the other as their parents moved on each side of them.

The celebration was not attended by Prince Louis, who is only four years old.

But his mother did talk to one of the well-wishers who had been royally assigned to look after him about the tiny boy’s sad reaction to the news that his great-grandmother had died. 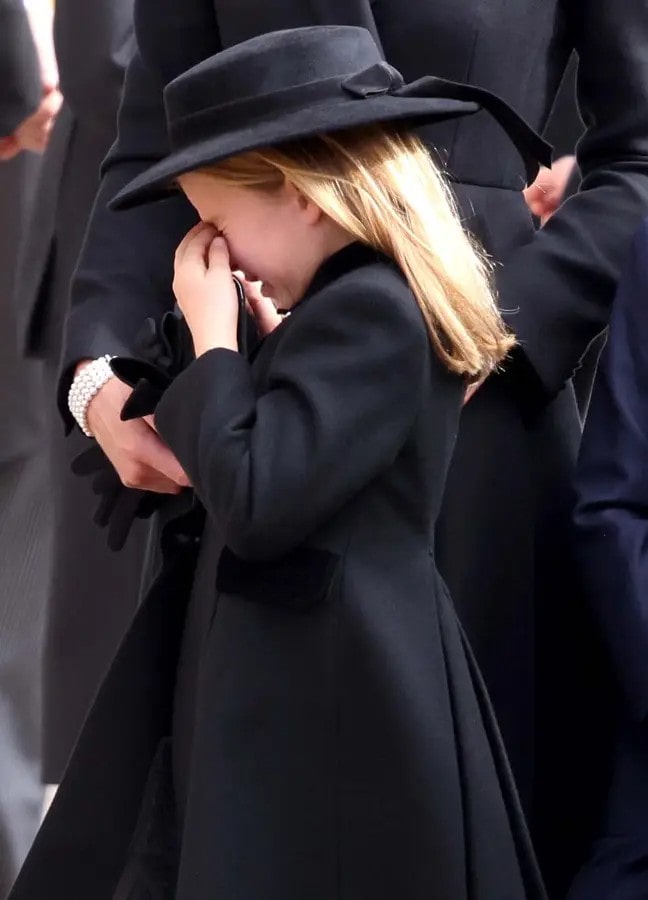 The information was revealed by the Princess of Wales. Louis said, “At least Great Grandpa is with Grannie now,” when asked about his feelings.

The three children of Prince William and Kate Middleton were able to spend a lot of quality time with Queen Elizabeth II and “create memories that will last them their entire lives,” Prince William reportedly said.

The Princess of Wales, on the other hand, said in a different context that Louis, being so young, is having problems understanding the gravity of the Queen’s passing. 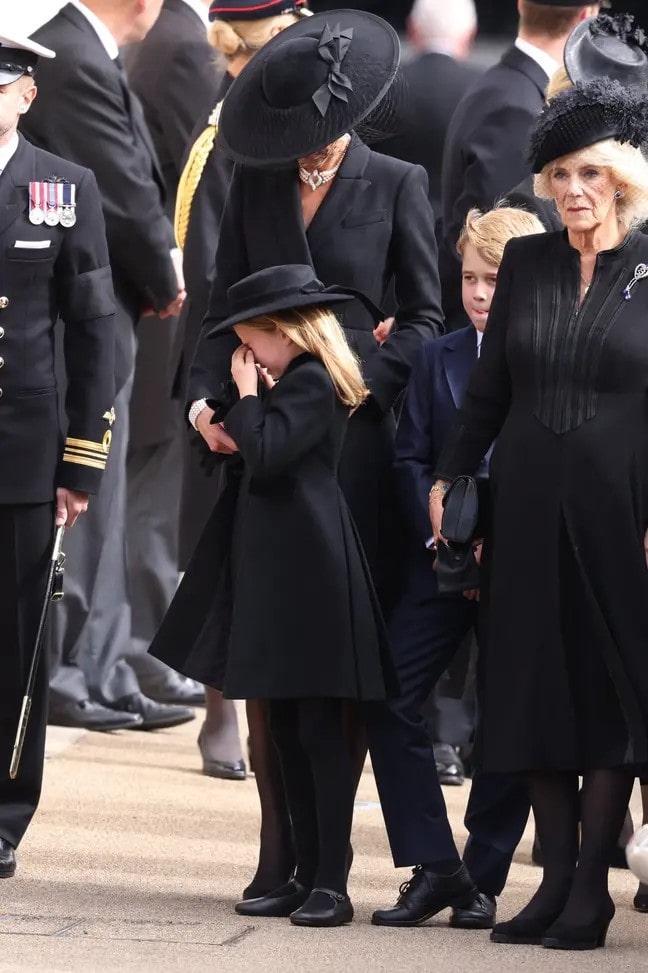 The young one is now asking questions like, “Do you think we can still play these games when we travel to Balmoral?,” and other things like that.

According to reports, Prince George is becoming increasingly conscious of the gravity that his great-grandmother, who governed the United Kingdom for the longest period of time of any prior queen, played in the history of the nation.

Kate reportedly said that he is “sort of now recognizing how significant his great-grandmother was and what is going on,”.