If you’ve ever worked as a server you’ll know how tough it is physically and how hard you have to work for your tips.

Courtney English, 23, is eight months pregnant with her first child. In order to prepare for the birth she waits tables at the Lamp Post Diner in New Jersey.

The hardworking waitress is struggling to pay the bills while preparing for her big arrival.

As she works her shift, carrying her baby, with the usual smile on her face, she serves a local police officer.

His bill comes to $8.75, but what he writes on the bill leaves Courtney in tears. 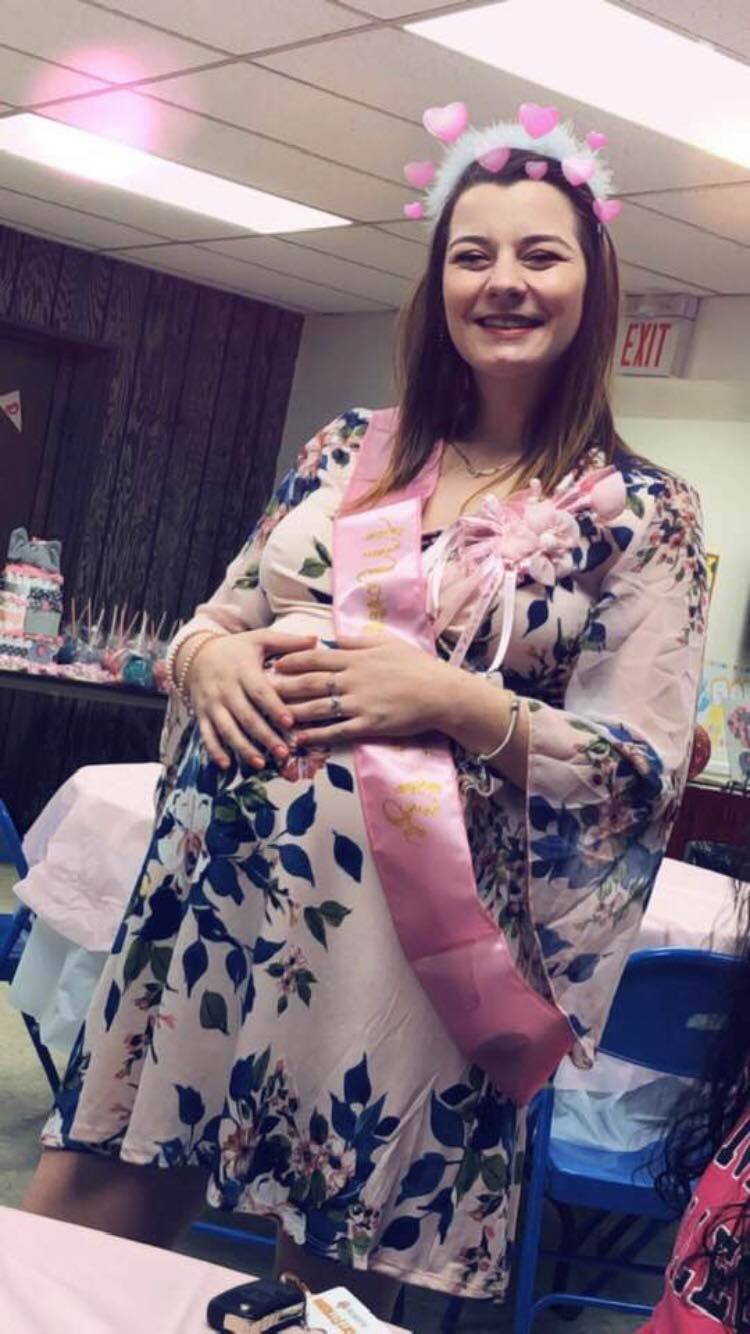 The hardworking waitress is trying to save as much money as she can before the birth of her daughter.

On a busy Friday, English served a new face among her tables of regulars: a local Voorhees County police officer.

The officer came in to get lunch and she served him with her usual smile and the pair engaged in some casual conversation.

He had his meal, went to the counter to pay and left the restaurant

When it came to getting the check, his bill came to $8.75. But he didn’t just leave the usual payment with customary tip. What he wrote on his bill made headlines across the nation.

‘It was from the heart’

The Voorhees police officer left a message for her on his receipt: “Enjoy ur 1st. You will never forget it.” He also left her $100 tip for his $8.75 check.

“It was from the heart. It really touched her,” dad Brian said. “There have been plenty of situations where she got a nice tip, but just the little remark was what got her.”

Courtney was so overwhelmed, she went running to her boss crying. Her dad shared her story on Facebook and it quickly went viral. So many were moved by this kind-hearted gesture.

This hard working waitress deserved a break, what a thoughtful police officer!

Please share with your friends and family to pay tribute to the spirit of human kindness.