Michael Onorati, 35, is a hard working man, who once arrived home from work and passed out from exhaustion after forgetting to take his socks off.

He was shocked to see that his right leg was an odd shade of orange to black when he woke up and pulled off his socks.

He looked up on the Internet to research potential diagnoses, which led him to think that he could have Raynaud’s illness or a specific type of foot infection. 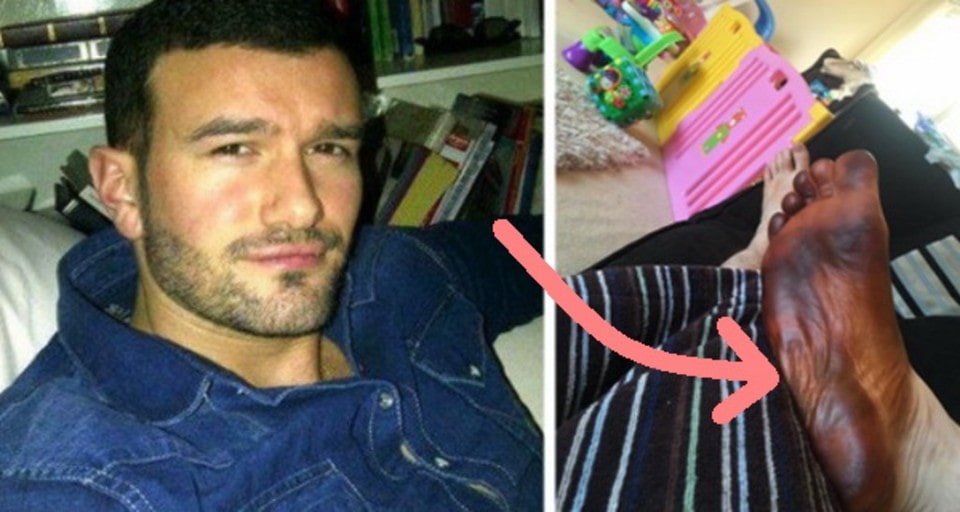 His girlfriend entered the room just as he was about to call for assistance, and when she saw what was going on, she burst out laughing.

“After I almost got scared this morning because I thought I was dealing with Raynaud’s syndrome, I find out that my girlfriend decided to use my socks as an applicator for the tanning lotion,” he wrote on Facebook.

His girlfriend Stephanie claims that he used the socks before flipping them around and putting them in Michael’s drawer.

Despite being quite terrified, the unfortunate man decided to share the bizarre incident on Facebook for amusement, and it received over 125,000 likes and comments.