Teachers do not always receive the recognition they deserve for all that they do for the kids.

Being one is a privilege, however, not everyone involved in educational processes is capable of inspiring young brains to reach their full potential.

Kamdyn Piland is a 7-year-old child who was publicly humiliated by his instructor after failing a math test.

“He answered 13 in 3 minutes,” she wrote on his paper, which she found “sad” and “very pathetic.” Yes, she wrote these words on Kamdyn’s paper, along with a sorrowful expression. 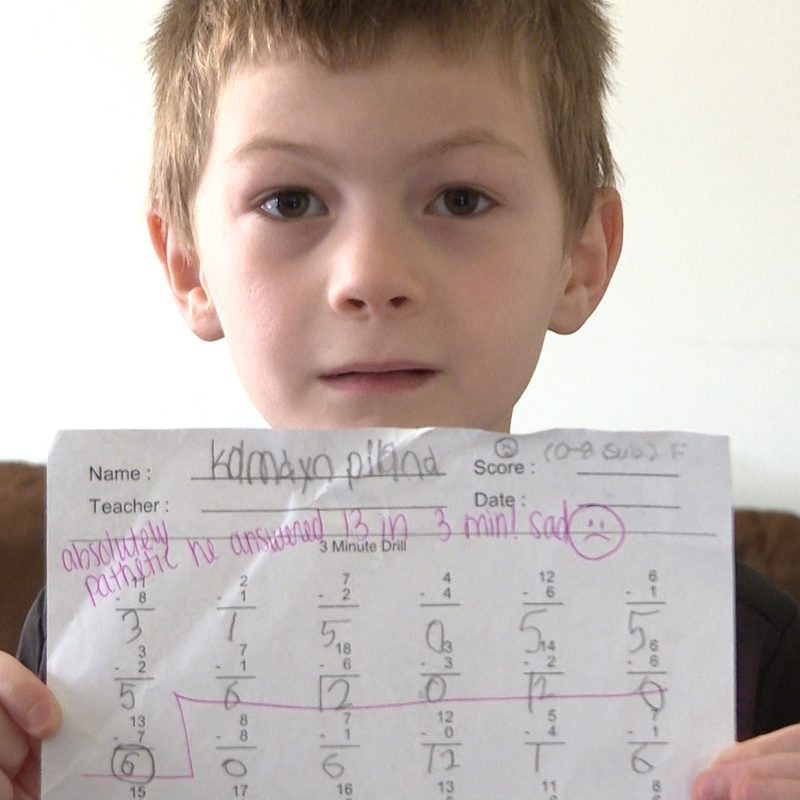 Chris, his father, was furious when he saw the test. He couldn’t fathom how those remarks could ever motivate his son to do better the next time.

Reading that his work was deemed pathetic had a bad impact on the boy’s self-confidence.

When Chris addressed the offending teacher, all she could say was, “I’m sorry you’re feeling this way.”

Chris shared his son’s test on Facebook, stating, “My son Kamdyn’s teacher has been so disrespectful to him and myself all year he comes home with this and I am beyond frustrated that someone would write this on a child’s work such excellent motivation.”

“She made me so sad and upset,” adorable Kamdyn remarked to Fox56 News. I was completely enraged. And it was done with malice.”

People were so outraged by the teacher’s treatment of Kamdyn that they created a petition demanding that she be fired.

Over 20,000 people have signed the petition. Others, on the other hand, argue that, while they don’t agree with what she did, losing her job over a test comment was excessive. 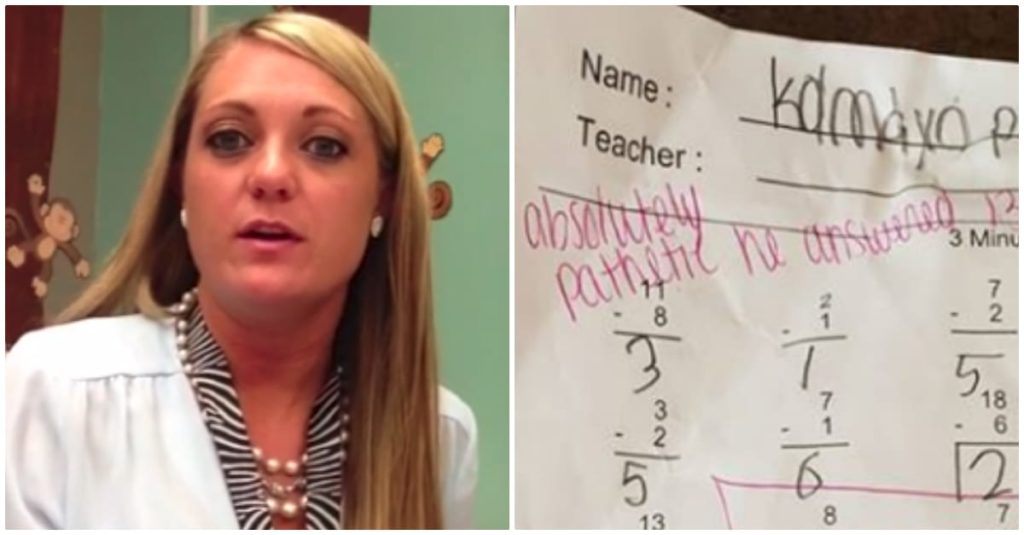 Chris chose to remove Kamdyn from her class after the event since he didn’t sure how or if the school had handled the situation.

“Perhaps it will now be treated seriously, and it will prevent it from happening to other instructors and students,” Chris Fox56 News speculates.

We are confident that with the proper amount of support and encouragement from Kamdyn’s new teacher, he will flourish and improve with each passing day.