Mom Gives Birth To An Extraordinary Set Of Triplets

Any woman who wants to have a baby is extremely happy when she finds out she is pregnant and can’t wait to go for an ultrasound to see how her baby grows in her womb.

When Becki-Jo Allen went for an ultrasound, the doctor told her she would have triplets. I think this news would shock any future parents, right?

The woman was very happy and could not wait to meet her children. After giving birth, she had another surprise. Her children were all boys, but surprisingly, each of the babies was quite uncommon. 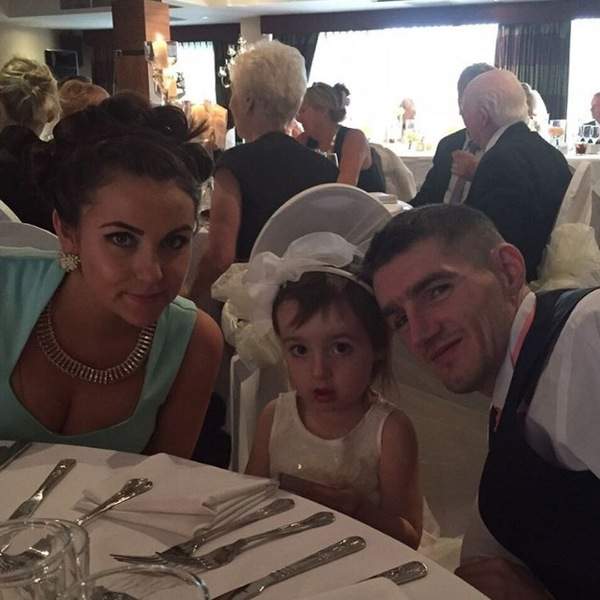 Looks like Becki-Jo Allen had just given birth to a set of identical triplets. This is quite unusual because there is 1 in every 200 million chances of it happening.

The two parents had another daughter who could not wait to become an older sister, but she certainly did not expect her parents to return home from the hospital with three babies who are identical. However, the parents were eager to see their daughter’s reaction.

This family lives in United Kindom, in Liverpool. After giving birth to their first daughter, they realized that they wanted to have more children and raise a family, but they did not know how many children they would like to have exactly. It seems that God was the one who decided this for them and gave them a set of triplets. He certainly knows best how to arrange things for each of us. 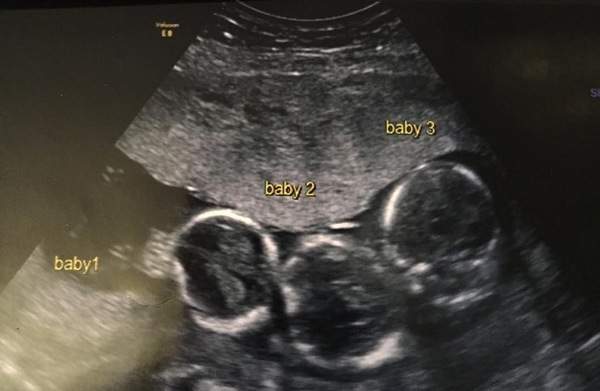 Above we can see the ultrasound of the future mother. It can be seen very clearly that she is going to give birth to triplets!

However, being pregnant with triplets can be quite a difficult task, and the future mother needs help from the family. Becki-Jo felt pretty sick at the beginning of her pregnancy and had terrible migraines, so she went to the doctor earlier to make sure everything was fine. The woman said she was very shocked to learn that she would have triplets because no one in her or her husband’s family had ever given birth to triplets, so no one expected such news from doctors. 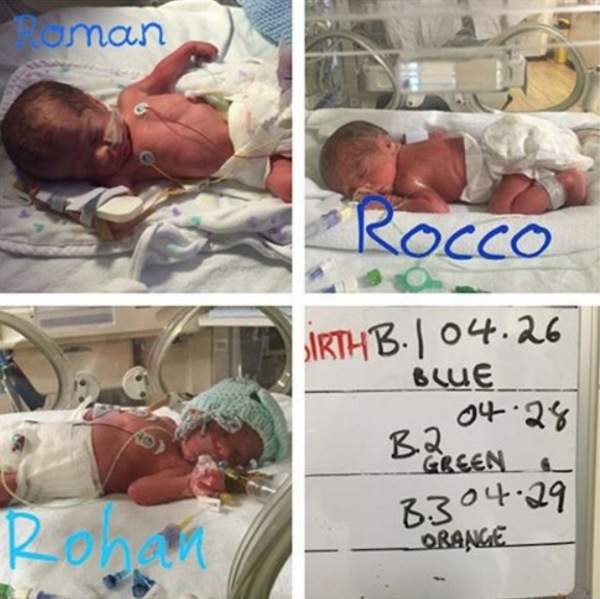 The three boys were born at 31 weeks via Cesarean section, weighing around 3 pounds 5 ounces each. The parents decided to choose similar names for the babies, so their names are Rohan, Roman, and Rocco. Triplets did great after birth, they managed to gain weight and were healthy, so after 6 weeks they were ready to go home with their parents and older sister.

At first the doctors said that the boys were not identical triplets, but everyone who went to see them said they looked identical, so Becki-Jo decided to investigate further. 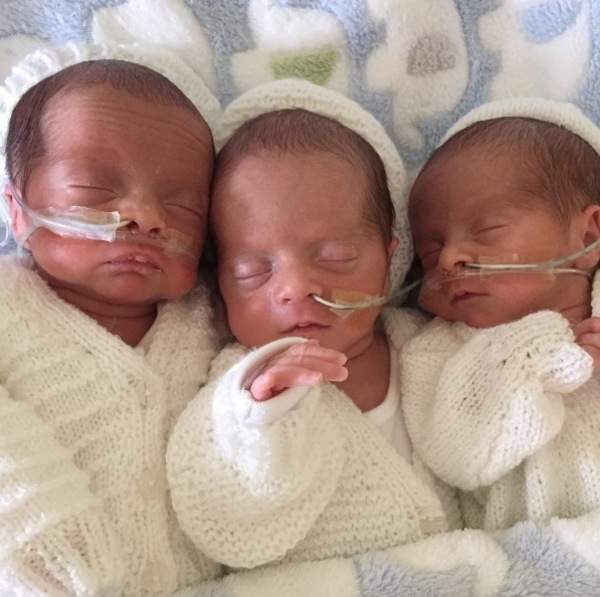 The parents did a private DNA test, and the results looked like this: the three were genetically similar! For a natural pregnancy it is quite difficult to get triplets because in the first days of pregnancy the egg must be divided into two eggs, and then one of the two eggs must be divided again into another egg. In vitro fertilization is easier to obtain such a pregnancy. 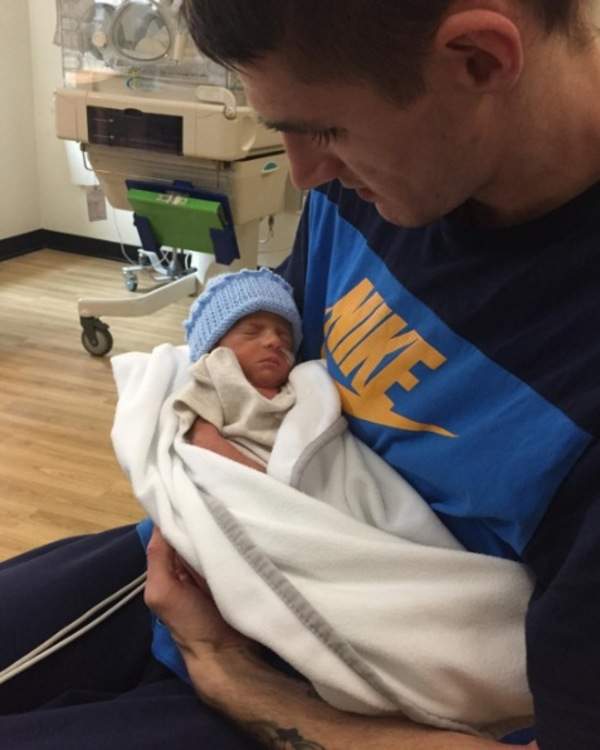 Becki-Jo said she has no problem distinguishing the three babies even though they look the same. She said that they look identical when they sleep, but their personalities are different and it is easy to distinguish them. Also, the parents said that they have a very active life since the triplets were born and the babies keep them busy enough just to change diapers. 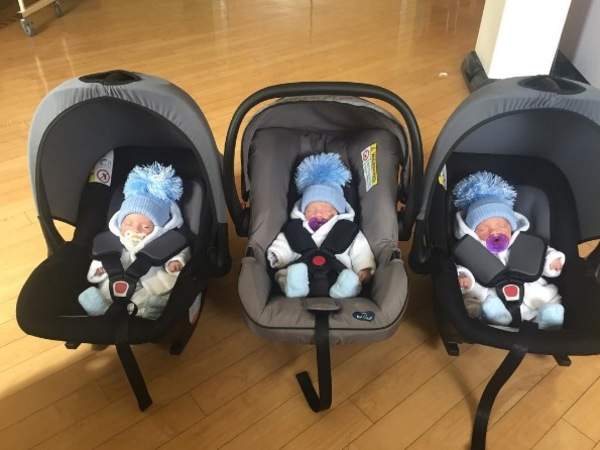 Indiana, their older sister, has been very happy since her siblings came home and is very protective of them. She always says she is a very proud older sister! Becki-Jo said that she and her husband still try to pay a lot of attention to Indiana because they do not want their daughter to feel ignored and believe that all her parents’ attention is on triplets. 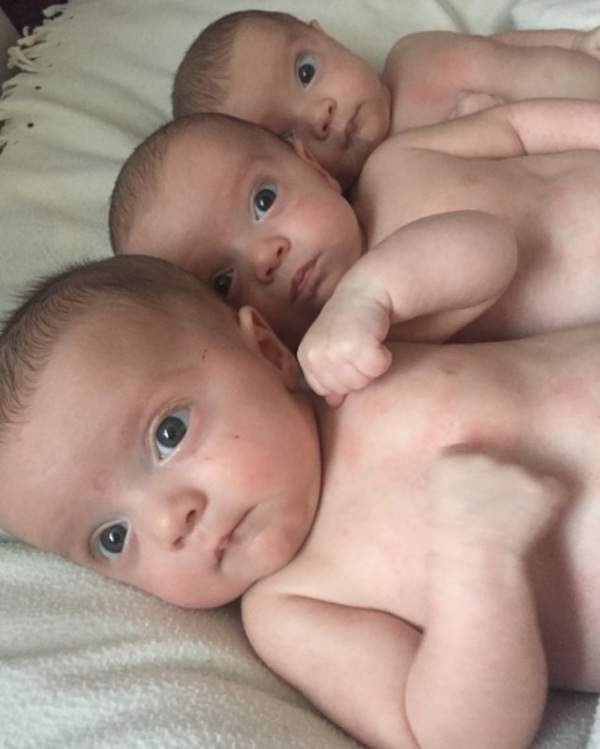 The triplets are wonderful and the whole family loves to spend time with them. It is certainly impossible not to have joy in a house when there are four wonderful children who fill the house with happiness. 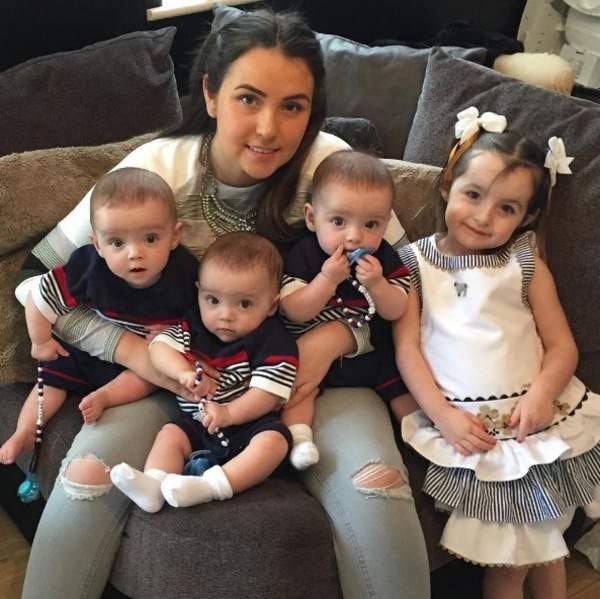 Mom has been chastised for uploading images of her son doing household tasks, such as cleaning and cooking, on the internet
When an airline passenger yells at the check-in worker, she responds with a six-word retort that cuts him down to size