She couldn’t wait to give birth, but when the twins arrived, she was informed that one of them was dying! When she said goodbye to her son, she had the bright idea of putting him in his brother’s incubator! What occurred next was extraordinary…

We sometimes experience miracles, and we can’t help but wonder whether it’s our trust in God that causes them, or if they just happen for no apparent reason.

When her bundles of joy were introduced into the world, a mother of twins was overjoyed. Her whole life was about to change when she discovered she now had two priceless diamonds to nurture and care for.

Unfortunately, doctors informed her shortly after the delivery that one of her babies did not develop normally and was diagnosed with hydrocephalus, a condition characterized by excess fluid build-up in fluid-containing cavities of the brain that results in developmental, physical, and intellectual impairments, and sometimes death. 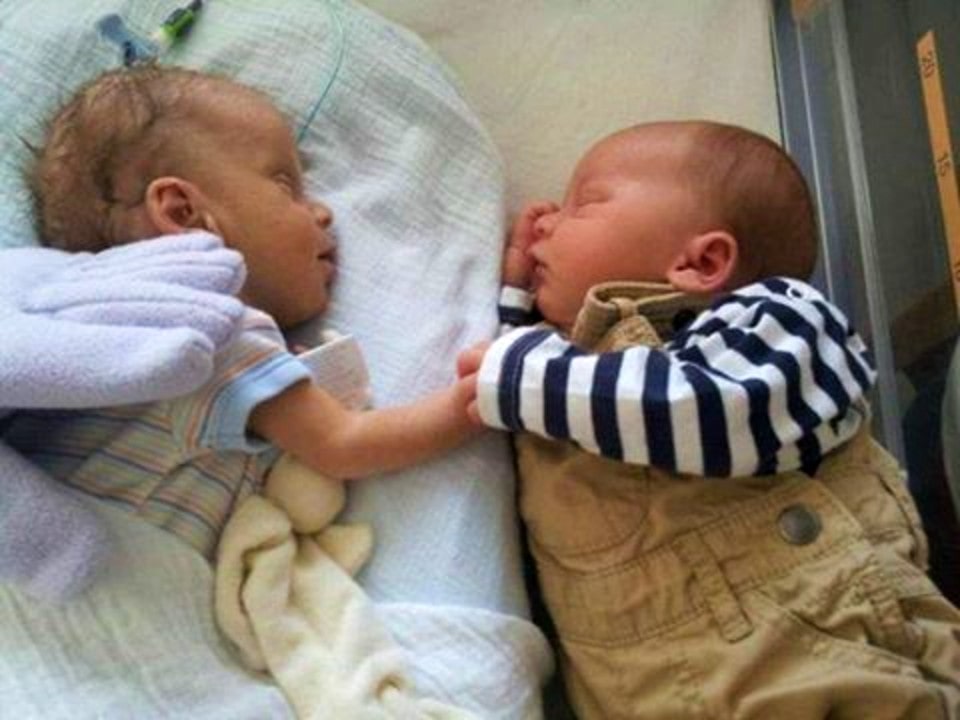 Despite physicians’ assurances that they would do everything possible to rescue the infant, the outlook remained bleak.

This mother was eventually urged to collect her courage and say one last farewell to her kid. She knew she didn’t have much time, but she thought it was more necessary for the infants to spend some time together, so she urged the medics to put her babies in the same incubator.

It wasn’t long before the second infant began to improve. Could his closeness with his sister have aided his recovery? This was a question that physicians couldn’t answer. What they did not know was that the baby’s health soon improved, and he was discharged from the hospital after more than a week.

According to sources, this miracle occurred three years ago, and although the baby, who is now a toddler, has certain health difficulties, he lives a very normal and contented life.