Kylie Jenner’s second child was born around six weeks ago. The boy’s name was Wolf, but it is not anymore.

It is not the first or the last time the youngest Kardashian/Jenner sister managed to break the internet.

Kylie Was 10 When KUWTK Started

Kylie, 24, was born to Kris Jenner and Caitlyn Jenner on August 10, 1997. She became part of Keeping up With The Kardashians as a child, so it is only fair to say that her childhood was different.

Kylie was only 10 when the show started airing, and her two years older sister Kendall had to deal with the burden of fame before hitting their teen years.

Kendall always wanted to become a model, but Kylie did not want to be left out. In fact, out of all the women on the show, Kylie grew up way too fast and became more mature than the older sisters.

In 2014, people noticed that Kylie’s lips looked fuller. She denied interventions but eventually admitted to lip fillers due to insecurities.

While the gossip magazines discussed whether Kylie had work done, in 2015, she launched Kylie Cosmetics.

kylie jenner is the moment. pic.twitter.com/OuubuCGphj

Her social media presence and the show’s popularity brought in $420 million in sales in the first 18 months.

Soon, Kylie became one of the youngest people ever to enter the Forbes list of businesswomen.

Kylie is the quiet one, and yet everything she touches turns to gold.

Kylie’s Habit Of Driving And Filming

why does kylie jenner constantly take videos of herself driving??? does she genuinely think it makes her look cool because all i see is an immature girl with no consideration for the people she’s putting in danger

In the meantime, she also made some mistakes, and people did not shy away from calling her out:

Kylie Jenner “Self Made” Billionaire
drive 79 mph while posting an Instagram story not realizing the issues of using a phone while driving. 👀 pic.twitter.com/dllsHs81hz

Snapchat and driving are never a good combination.

That is not her first controversy, but we will talk about something far more precious this time.

Becoming A Mom For The Second Time

Kylie has a daughter, Stormi, and she recently gave birth to her second child. Kylie announced the news in a post on Instagram back in February.

She shared a black and white photo of her newborn son’s tiny hand, writing: “2/2/22” alongside a blue heart.

Like with her first pregnancy, she kept a low profile. Many felt bad for Stormi since her brother was born a day after her birthday.

It is not that unusual, and maybe that’s why people did not fuss about it.

But now, Kylie changed her mind, and people have opinions.

What’s With The Name Change?

The son of Kylie Jenner and Travis Scott was born pic.twitter.com/OLlnORLjBI

She explained that it “just really didn’t feel like it was him.” 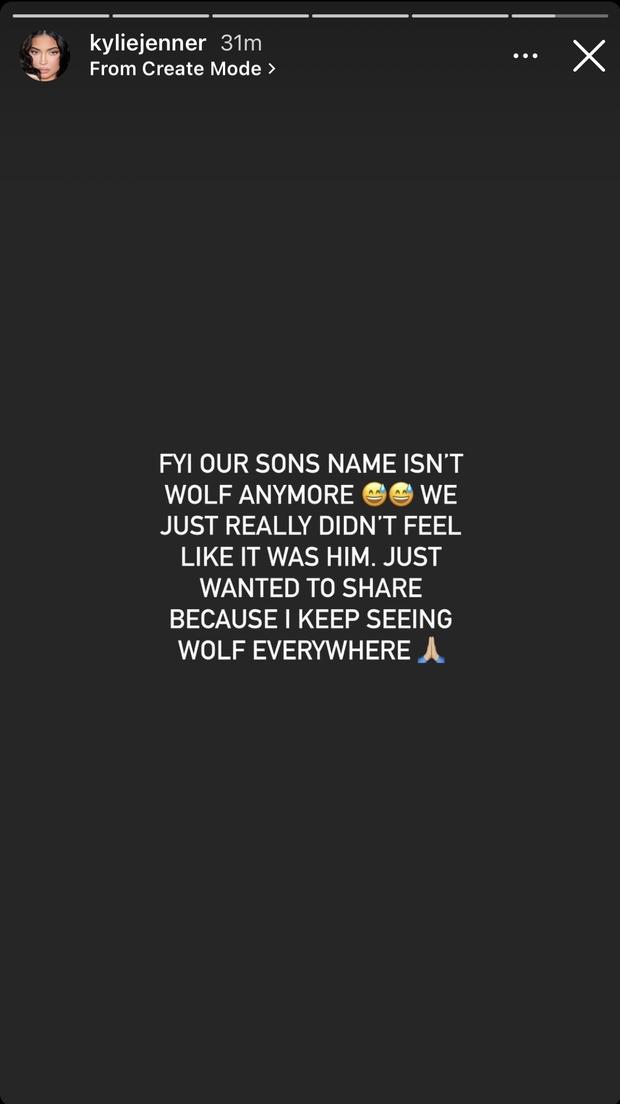 Kylie merely wanted to correct people, though we still haven’t heard which name Travis and Kylie settled on.

To quote William Shakespeare, “what’s in a name?” We shall find out soon!