Kim Richards’ career in show business started when she was only a baby. Now, the 57-year-old who turned into a reality television star appears on The Real Housewives of Beverly Hills lives a glamorous lifestyle.

But even though Richards lives a very posh life, things haven’t always been like that. In fact, there are probably many people out there that don’t know that her past includes being a hugely popular child actress.

Here’s all you need to know about Kim Richards! 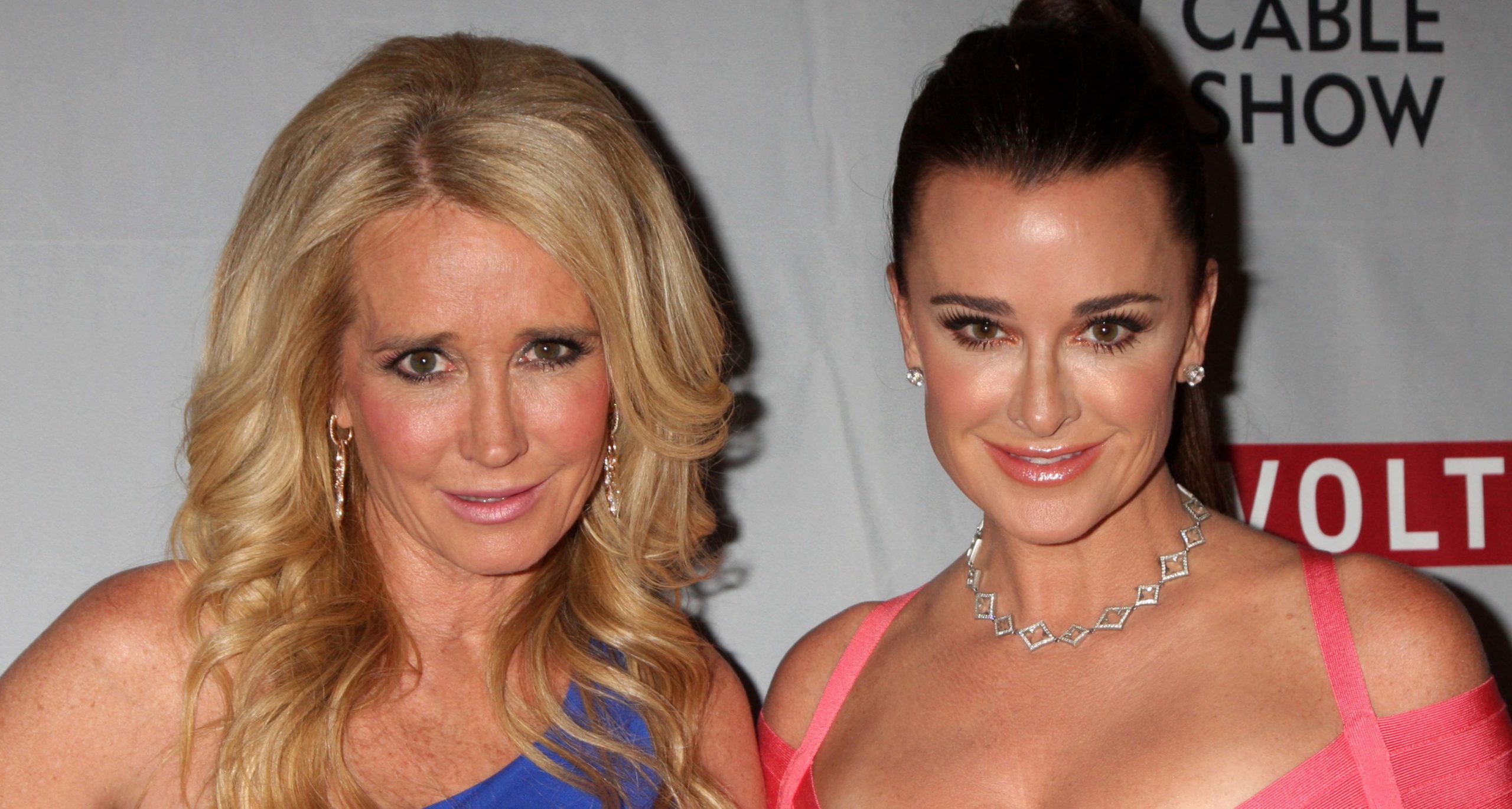 Reality television is widely popular today. Candid Camera in the late 1940s is considered the pioneer and first reality television show ever. Now, it’s pretty much become the most popular type of show during the last two decades.

There are many different concepts regarding reality television, everything from following several young people and their everyday lives to dating shows, weight loss programs, or families with special needs.

One that has gained a vast audience is the concept of housewives. In 2006, The Real Housewives of Orange County aired for the first time. It didn’t take long before it expanded to Atlanta and New York and continued to Miami and New Jersey. However, as we all know, Los Angeles is the big show business mecca of the world, and of course, we got The Real Housewives of Beverly Hills.

The show stars Lisa Rinna, Camille Grammer, and Lisa Vanderpump, among others, and follows the lavish lifestyle that Beverly Hills provides.

Siblings Kyle Richards and Kim Richards are two widely popular women. They have been in show business pretty much their entire lives, with Kim Richards starring in her first commercial as a baby. She continued her very successful acting career starring in several popular shows, and she’s especially known for her role as Prudence Everett on Nanny and the Professor.

Kim had a large part of the early success of The Real Housewives of Beverly Hills, and still to this day, viewers get to follow her lavish lifestyle with her friends and family. However, even though her life might seem glamorous and fabulous on the outside, Richards has been through some tough times.

This is all you need to know about Kim Richards’ life! 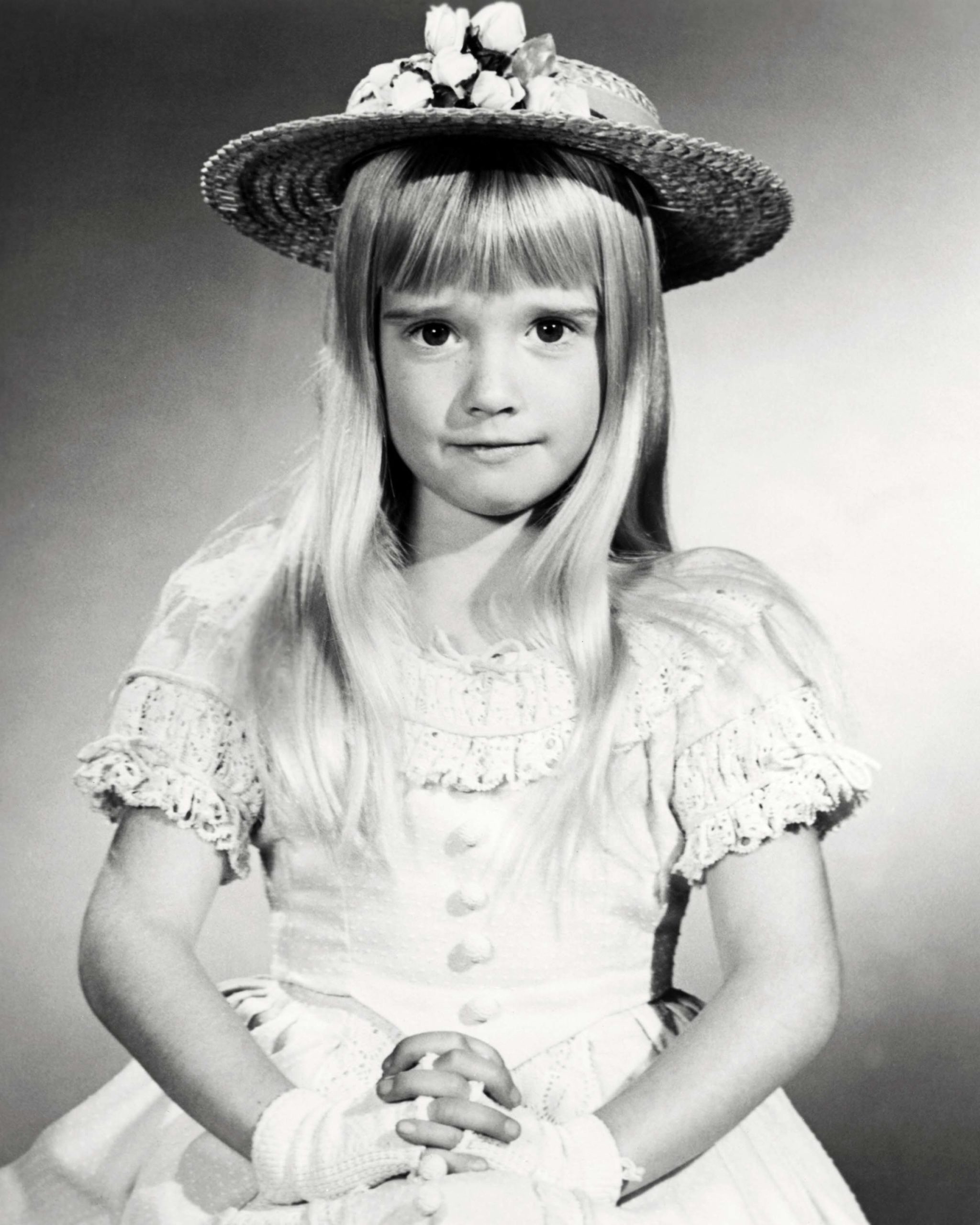 Kim Richards was born September 19, 1964 in Mineola, New York to mother Kathleen Dugan and father Kenneth E. Richards. Her mother had previously had a child with another man, a daughter named Kathy Hilton – the mother of Paris Hilton.

Already as a very young girl – only an infant – Kim started her career in show business.

According to a 1975 article in the Great Falls Tribune, family friends thought Kim was so pretty and winsome that her parents were encouraged to put her in commercials and television shows.

Kim’s mother started carrying her around as she worked with Kathy Hilton – a child actress – at the studios. And it turned out that the little girl had a talent. Kim landed nine commercials out of 11 interviews that were conducted. Her first job was a diaper commercial and another for a rug company.

By four and a half, Kim Richards had already appeared in about 20 television commercials. Then, in 1969, her younger sister, Kyle Richards, was born. At that point, her mother decided that they should move to Hollywood, which would provide more opportunities for her children.

It had been said that Kathleen wanted to move to Hollywood only to get her daughters into the world of acting. Some might say that it means trying to reach your dreams through your children. But according to Mrs. Richards, that wasn’t the case at all. 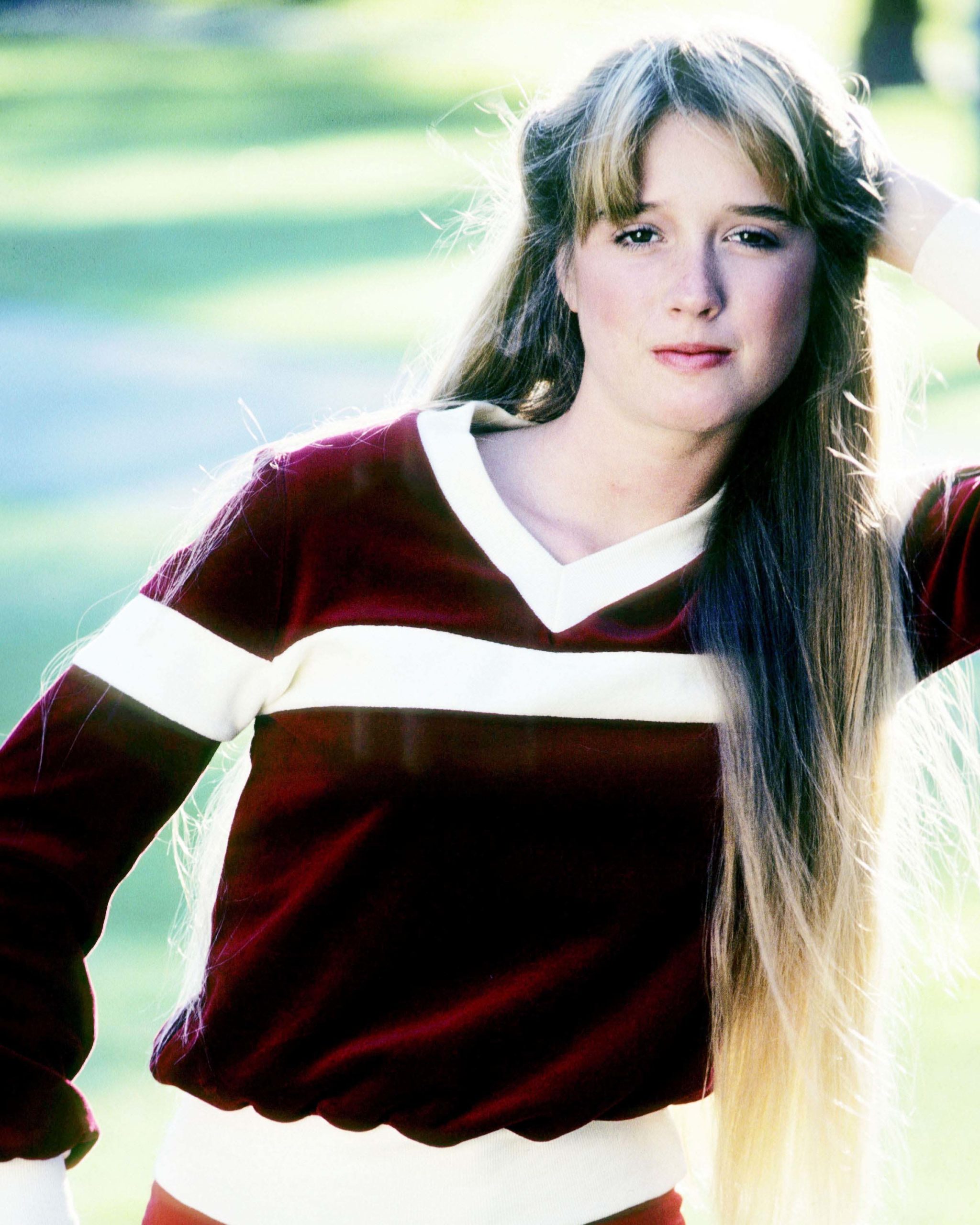 “My daughters were not pushed into acting,” she claimed. “They do what they want to do.”

“I want everything for my daughters that I never had.”

Star on ‘The Nanny and The Professor’

In 1970, at the age of six, Kim made her television debut. She starred as Prudence Everett in the ABC comedy series The Nanny and The Professor alongside Juliet Mills and Richard Long, and it was a massive success for her. Kim appeared in 54 episodes, with her performance leading to many other roles.

Even though Kim was a very young girl at the time, she recalled the time on set as a “very happy time in her life.” The vibe on the set was like it was a big happy family, and her co-worker Juliet Mills recalled Kim being a great actor, despite her very young age.

“She was a sweet little girl, very pretty. Very professional and took the job very seriously,” Mills said during a reunion segment for Fox Los Angeles.

As mentioned, Kim Richards had great success with The Nanny and The Professor. And it didn’t take long before she got even more work in show business.

Kim Richards starred in the fantasy science-fiction film Escape to Witch Mountain, Assault on Precinct 13, as well as the television show James at 15.

“I always wanted to be a witch,” a 10-year old Kim said.” Then I wanted to be a movie star, a mommy, and have children. And I want to meet Santy Claus.” 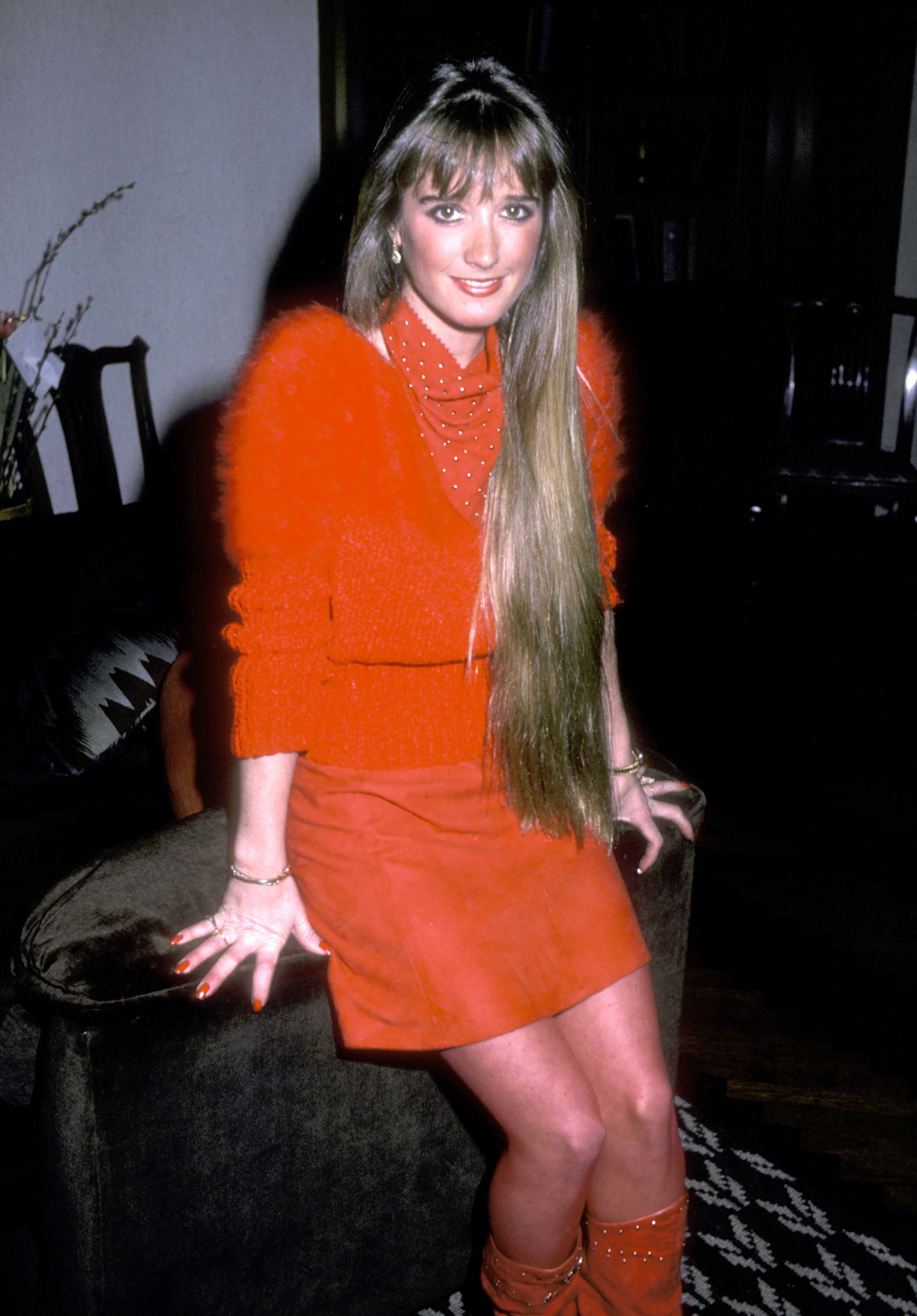 At 15 years of age, Richard’s had already added 10 Walt Disney films to her resume. But, in an industry that sometimes can be described as superficial and shallow, Kim realized that things also had to change regarding her work.

“I skipped the awkward period in my life”

She became more and more famous and respected in the industry, but it took its toll. Long hours at set meant her often getting sick. However, despite what she had to give up already as a teenager, Kim knew that she didn’t want to leave.

“I love the business, though. And I plan to stay in it the rest of my life,” she told Austin American-Statesman in 1979. “Once you’re established, you’ll probably work right through. Somehow, I skipped the awkward period in my life. I’m really too old now to play kids.”

Kim Richard’s mother, Kathleen Dugan, was, for many seen, as a “gold-digger,” wanting only to marry rich men.

According to the book House of Hilton written by Jerry Oppenheimer, she often “made it appear that she was a rich Hilton heiress looking for a long-term relationship” to impress. Further, she was claimed to demand her daughters to marry rich men.

Kim Richards had a promising career as an actor. However, it didn’t bring her to the top of Hollywood cinema. She appeared in the megahit television show Ruthie Alder with Gary Coleman as Arnold Jackson in the megahit show Diff’rent Strokes alongside child actor Gary Coleman. Still, she decided to take a break from acting to raise her children. 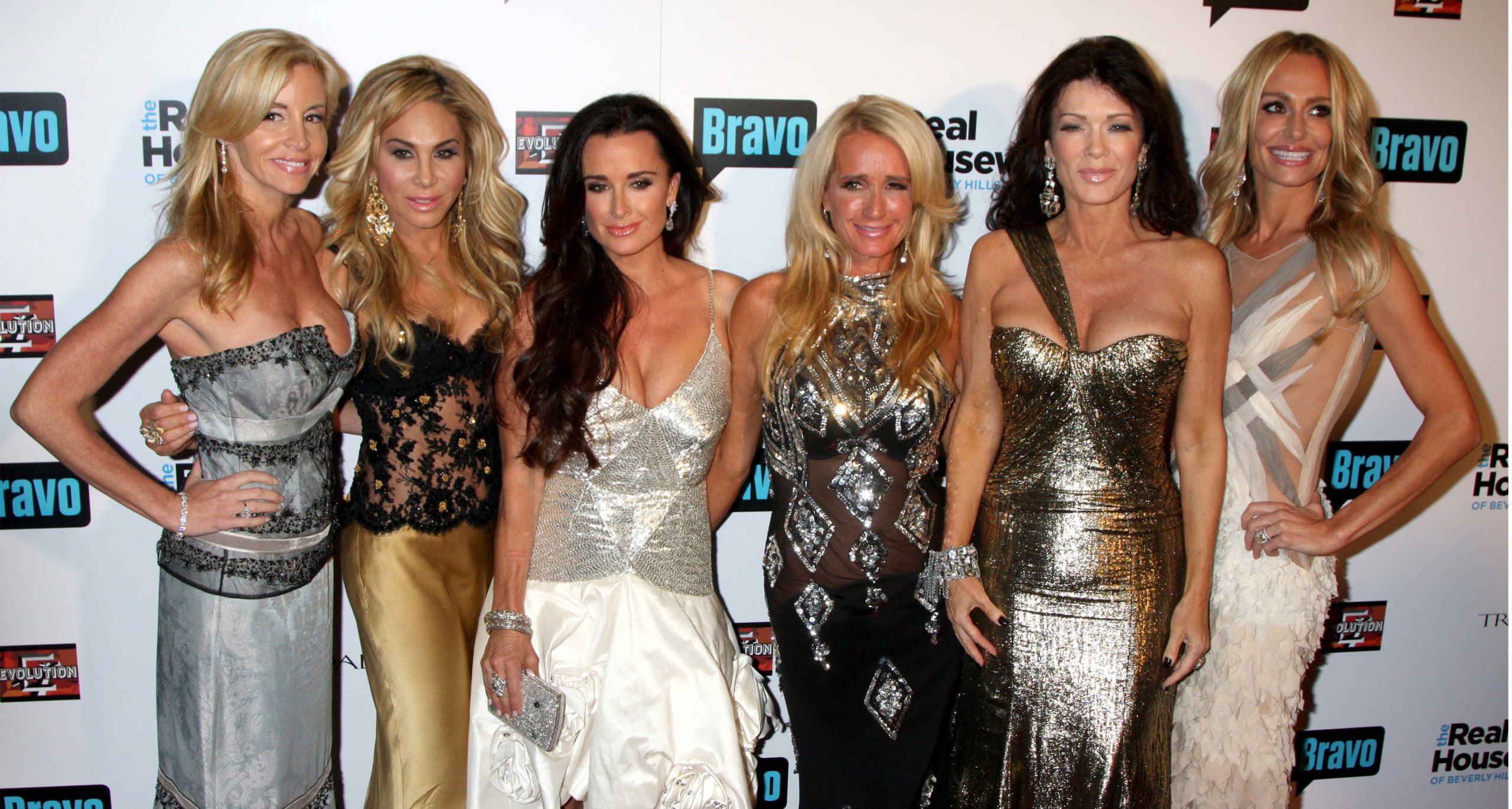 At 19, Kim met her first husband, Monty Brinson. His family owned a supermarket chain in the South, and in July of 1985, the couple tied the knot at the Church of the Good Shepherd in Beverly Hills. The wedding itself was put together very fast, and according to Brinson, it was because Kim was pregnant.

She gave birth to her daughter Brooke Ashley Brinson in February 1986.

“We found out [Kim was pregnant], and we did the right thing. It was Kim’s choice to have the baby,” he said, as reported by Daily Mail. “They [Rick and Kathy Hilton, and Kim and Kathy’s mother] didn’t believe in abortion because they were Catholic. It wasn’t even an option.”

Richard and Brinson divorced just three years later. The same year, 1988, she married her second husband, Gregg Davis, with whom she had two children, Whitney (born in 1990) and Chad (1991).

The couple divorced in 1991, and Richards soon after had a long-term relationship with businessman John Jackson. In 1995, Kim Richard – and John – welcomed her fourth child, Kimberly Jackson.

After her successful child acting career – and raising her family – Richards returned to the screen and appeared in several television series and films. However, the last number of years has brought her fame in The Real Housewives of Beverly Hills. 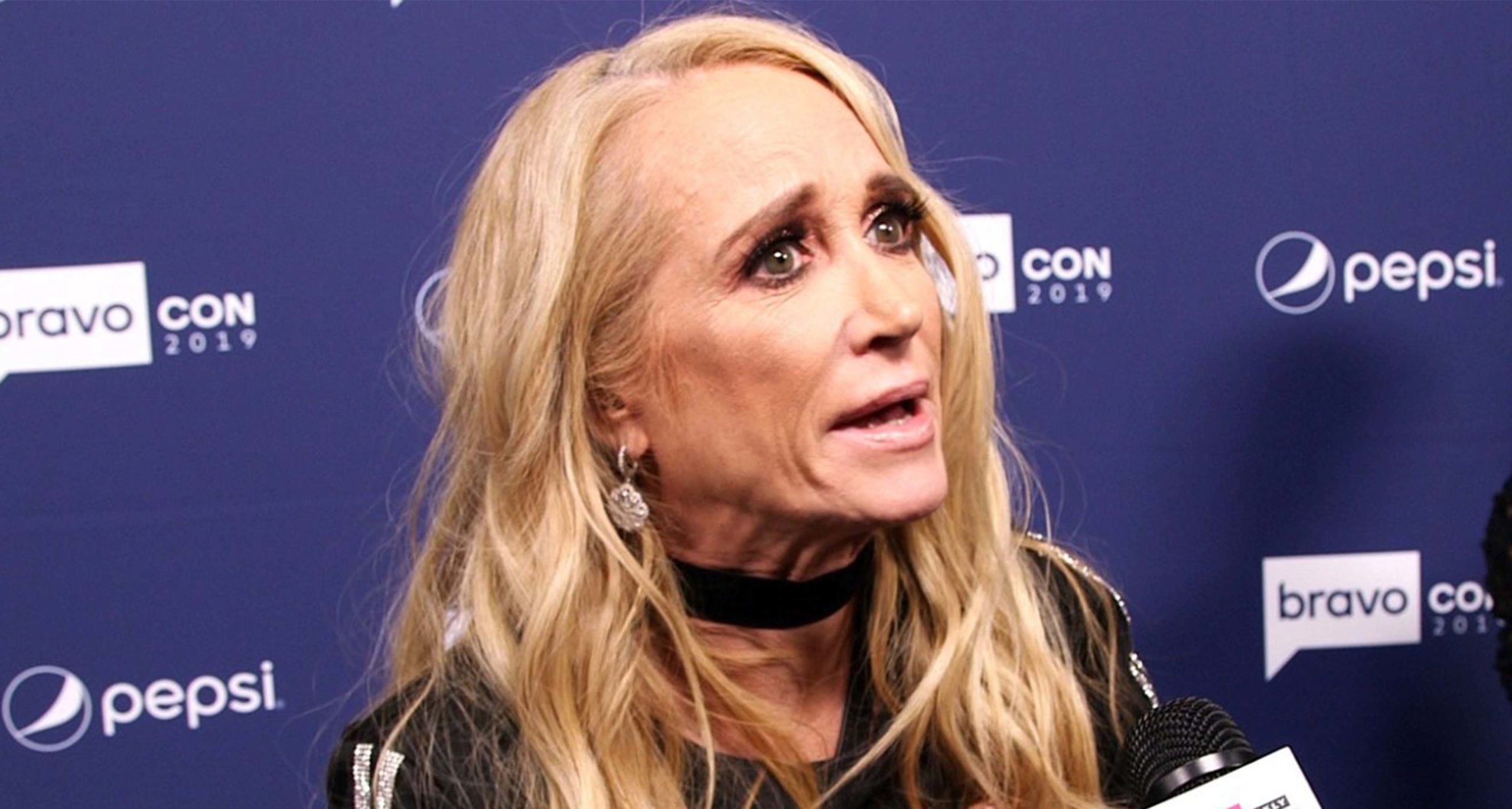 Alongside her sister Kyle Richards, Kim starred in the first five seasons of the series and continued to make guest appearances during seasons 6, 7, 9, and 10.

At the same time, as the show brought her a new push of fame and celebrity status, it hasn’t been all great for Kim Richards.

“The fans are very hard on me”

While appearing on Dr. Phil, she spoke on the backside of fame, especially after she was arrested in 2015.

“Living through this season on a show, sometimes it’s hard enough just to get through it,” Richards told Dr. Phil. “The fans are very hard on me. I went on Twitter first to see what people were saying. And it was just horrible, calling me all kinds of names.”

Further, Kim also spoke about the relationship with her sister Kyle, which turned sour after the former child actress’ dog bit Kyle’s dog, who had to undergo surgery.

Fortunately, during Part 3 of Season 11’s reunion, Kyle and Kim revealed that they had made amends.

Kim Richards didn’t appear in seasons 11 and 12 on The Real Housewives of Beverly Hills. However, she might return in the future.

“Right now, I’m really at a peaceful place in my life, being a mom and a grandmother,” Richards told People in 2018. “It’s just so amazing for me. I like not having the negativity, being at peace, waking up in the morning and going to watch my grandson, or having him for a week. I’m super grateful for that.”

During the season 11 reunion in 2021, Kylie and Kim opened the door to return to the show.

“We’ll see,” Kylie said. “You know, we can have fun together and laugh together. And I think there’s a place and time when that will happen.”

At the same time, as viewers might miss Kim Richards on the reality television show, she has plenty on her hands as she became a grandmother in 2017. The little boy, Hucksley, sure is the apple of her eye.

“He’s super outgoing, animated, super lovable, calls me Nana,” she revealed. “I bought him a set of Safari animals, like 72 Safari animals. I can say, ‘Where’s the platypus,’ and he’ll know where the platypus is at. He knows every animal, and I’m not just saying this because he’s my grandson, but he’s so smart.”

“He sings, and he loves to dance,” Kim Richards added. “We put him in the car seat, and he immediately wants the radio [on]. He makes these faces, and he loves music. He’s just extremely loving, and a happy baby doesn’t cry a lot.”

Kim Richards has been in show business her entire life. Would you like to see her return to The Real Housewives of Beverly Hills?