Who can blame a mother of two small children for wanting to look her best before a special occasion?

That was all Gemma Colley wanted to accomplish before her wedding. She had a spray tan done. Her baby, by chance, did as well.

“I’d bought a yellow outfit for an Indian wedding on August 2nd,” the Wakefield, United Kingdom, mother told ABC News via email. “Because I’m as pasty as Casper the friendly ghost, I talked to a buddy who’s a beauty therapist about getting a spray tan. I don’t usually get tans; the last time I did was for a wedding about two years ago, but yellow isn’t the most forgiving hue on pale skin, so it was a no-brainer.” 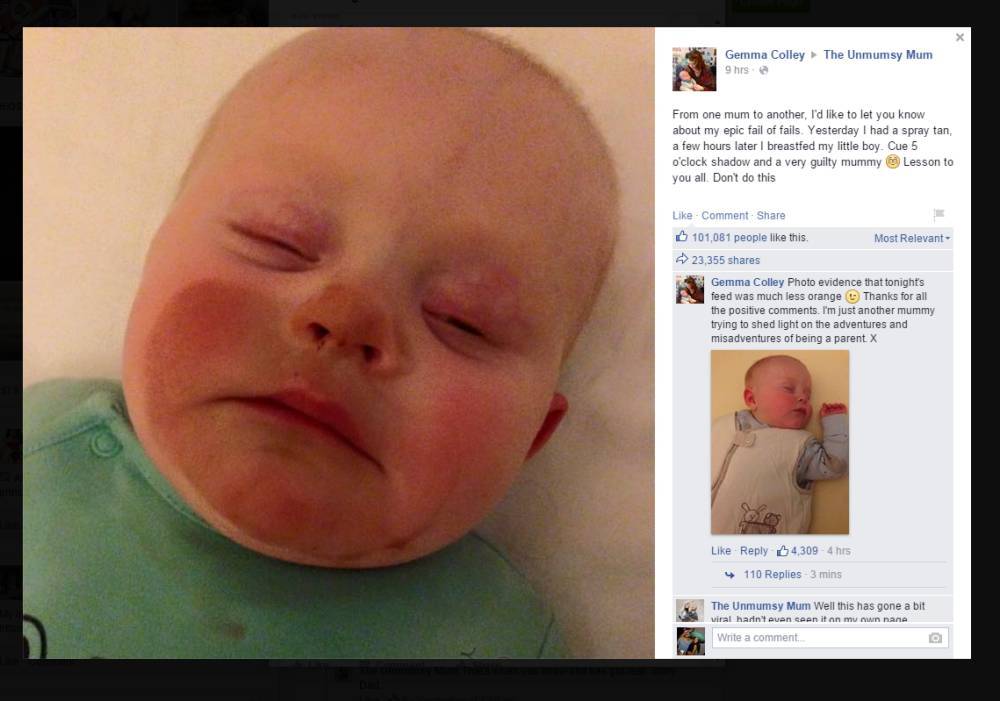 Her husband looked after her two little sons, ages 2 and 7, while she was sprayed and dried. She then returned home to breastfeed her kid, Cooper, as she always did.

“I put my adorable little milk drunk baby in his cot after he finished his feed, only to see a 5 o’clock shadow. ‘Oh, my gosh, what have I done?’ was my initial thought.”

She’d completely forgotten about the tan.

Thankfully, a few babies wipes removed most of the color from Cooper’s face, but the photo Colley took before washing him up instantly went viral. “I saw the funny side of things and wanted to let my pals on Facebook know about my faux pas,” Coley added.

She had such a positive response that she decided to share it on the Unmumsy Mums Facebook page, where it earned 100,000 “likes” in only one day.

“Other mothers could see the comic side of parenthood, and realize they weren’t the only ones to make mistakes,” Colley added. 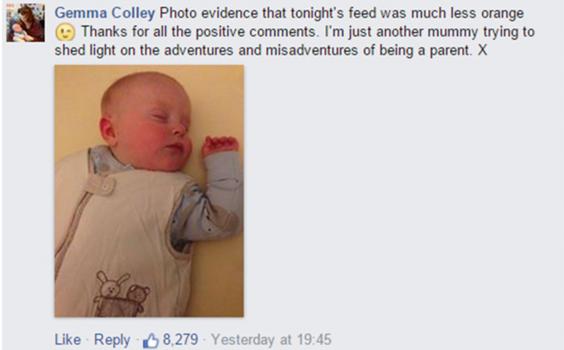 While the majority of the feedback was encouraging, she did receive some negative feedback. “People accused me of harming my child by purposely feeding him fake tan, claiming I was selfish for having a tan in the first place. I can assure you that this is not the truth; I adore my children and would never purposefully injure them. They are my entire world.” 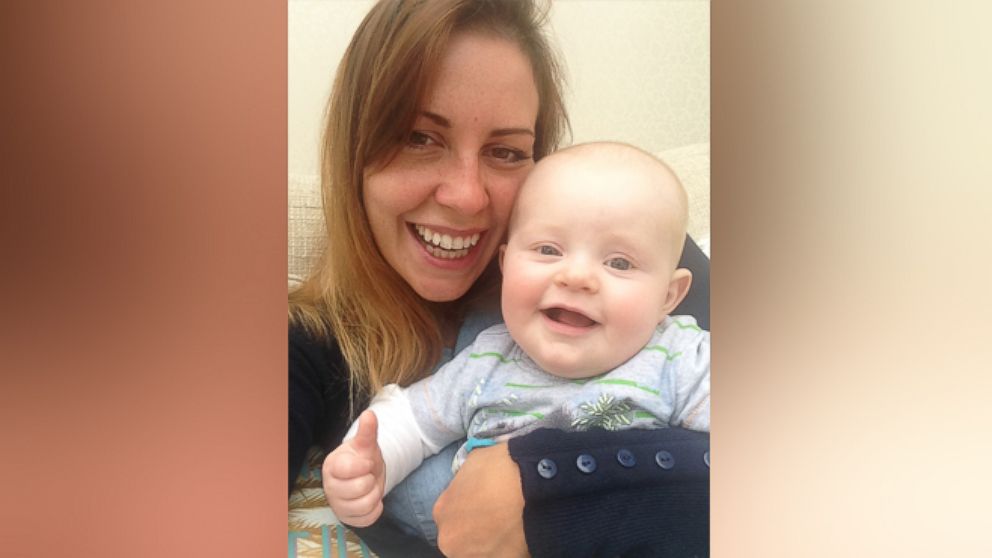 Colley is pleased she shared her parenting blunder in the end. “All I can say is that being a mother is damned hard at times,” she remarked. “When I’m not dealing with sick and poo, I’m trying not to put milk in the cabinet and cereal in the fridge.” “I’m not certain that anyone can claim to be the perfect parent. I was just brave enough to accept that we all have mishaps, but at the end of the day, we’re all trying our hardest to bring wonderful people into the world.”