Participating in ”My 600-lb Life” takes a lot of courage and bravery. Of course, it’s great that you receive professional help to lose weight and find a better balance in life, but it’s also a very challenging period for the participants, who are often required to speak openly about the reasons behind their obesity.

Over the years, we have seen incredible weight-loss journeys and in season 7 of “My 600-lb. Life” we were introduced to one cast member who touched all of our hearts.

Texas native Jeanne Covey, who lived with her dogs, weighed 600 pounds at the start of the series. Her situation was “extremely critical,” and many of us were worried about her health. Unfortunately, something tragic happened during her weight loss journey, forcing her to drop out of the program. 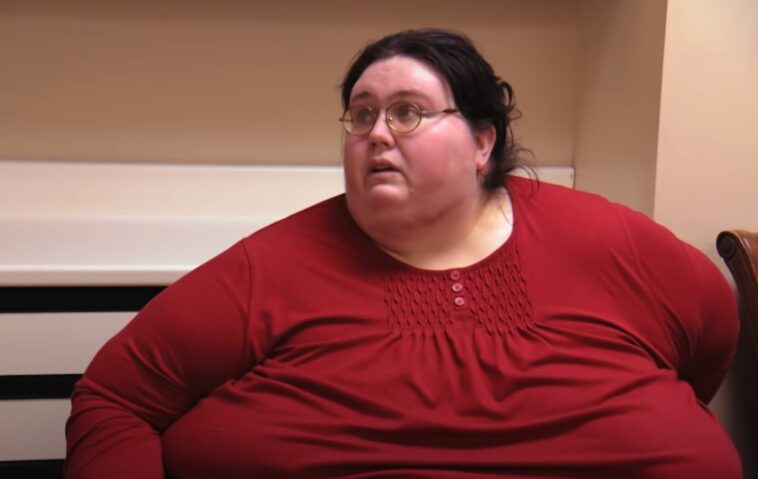 Therefore, it’s with a tear in my eye I see what she looks like today…

If you’ve watched “My 600-lb Life”, you know that most episodes end on a positive note. The participants lose weight and receive the tools needed to live a healthier and longer life. Maybe that’s why the story of Jeanne Covey grabbed my heart and got stuck in my memory.

Her journey didn’t follow the traditional pattern for many reasons.

You could easily argue that Jeanne’s episode was one of the most heartbreaking and saddest episodes in the history of “My 600-lb Life”.

Like many other participants, there was an explanation for Jeanne becoming morbidly overweight. Her childhood was challenging and eating became her only consolation in life.

It all started when Jeanne was five years old and lived with her grandmother who didn’t treat Jeanne well, so she started stealing sweets and snacks from her grandmother – as a way to punish the old lady.

When she celebrated her 40th birthday, Jeanne weighed 700 pounds, and her life was in danger.

Mom tried to help
Jeanne, who was still living at home, was entirely dependent on her parents. Her mom and dad were busy coping with their own struggles and the house where Jeanne lived was described as very unhygienic.

Jeanne spent most of her days in a chair and felt like a burden to her parents. Her mother Barbara had to help wash Jeanne which required using a washcloth as Jeanne couldn’t fit in the shower. Barbara tried to help her daughter as best she could and took Jeanne to various specialists, but “none of it helped.” 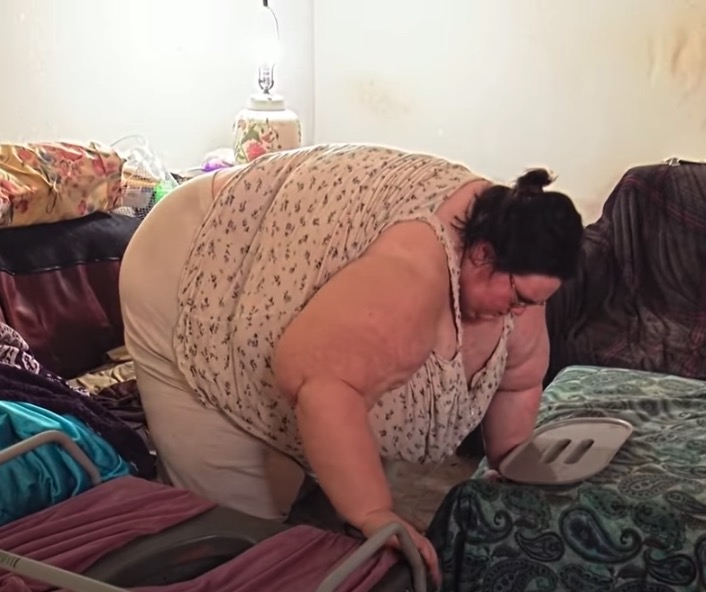 Fortunately, Jeanne lived in Big Sandy, Texas – just a few hours from Houston, where Dr. Younan Nowzaradan, also known as Dr Now, from ”My 600-lb Life” has his office.

At the beginning of her episode, Jeanne and her mother went to Dr. Now’s office, and at first, it felt like Jeanne really wanted his help.

Jeanne desperately wanted gastric bypass surgery – a type of weight-loss surgery which reduces your stomach to the size of a walnut. But what many tend to forget, is that gastric bypass surgery doesn’t fix everything. You also need to commit to changing your eating habits, something that Dr. Now pointed out when he spoke to Jeanne.

Started eating less
”If you want a different life, you have to be ready to do something about it. You are responsible for your behavior and your eating habits,” he said.

It was decided that Jeanne would try to lose a few pounds before she could have the surgery.

”When I started the show I had already cut back on my eating, I wanted to get a head start I knew from being a fan of the show that I was going to need to cut down a lot.. so I started eating less and eating healthier…,” Jeanne wrote on her Facebook page. 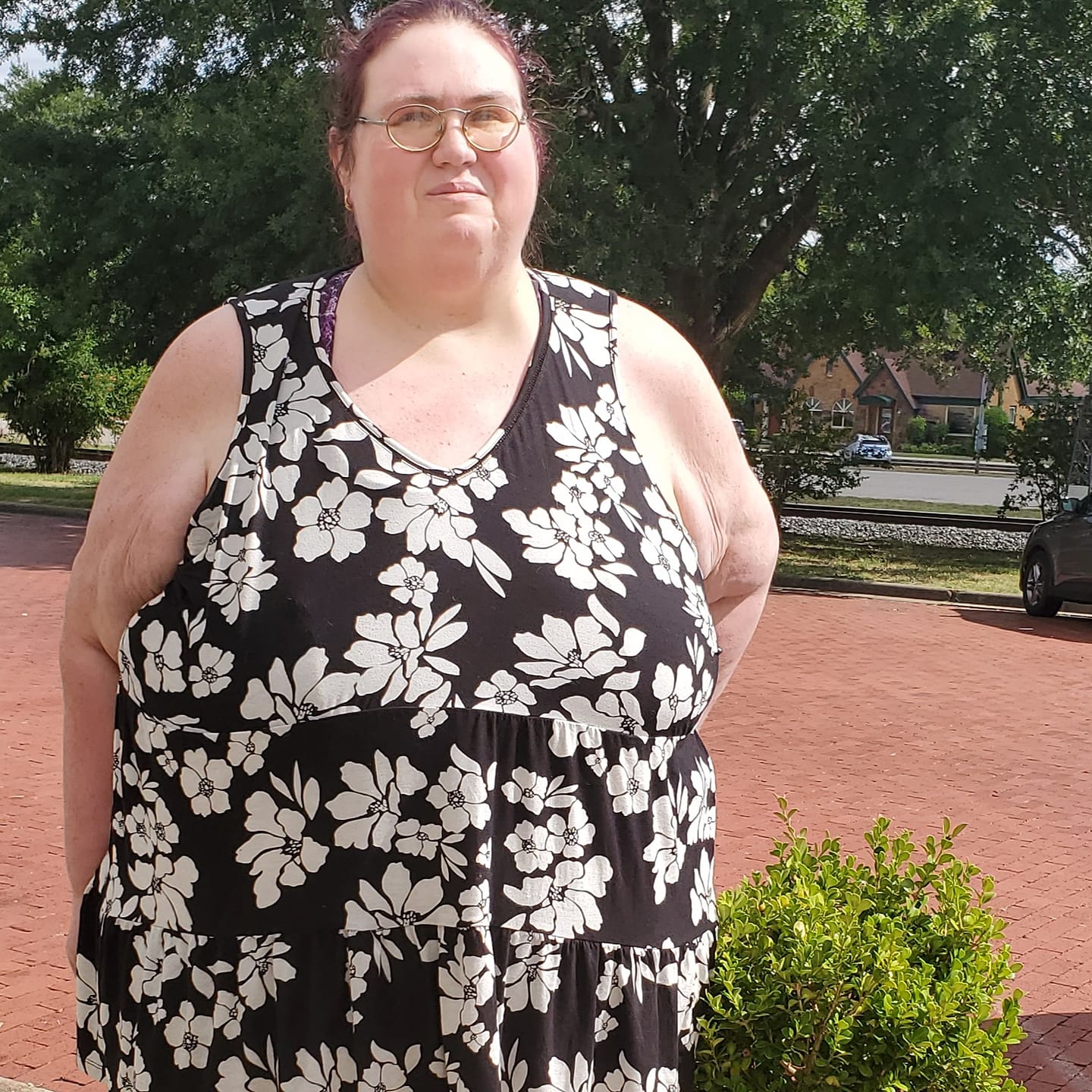 Everyone was looking forward to watching Jeanne’s journey – but then something happened that changed her whole course.

All of a sudden, Jeanne’s mom got sick and had to go into surgery.

While Jeanne and her mother were in the hospital in Houston, they received a shocking message. They suddenly realized that it had been a long time since they had heard from Jeanne’s dad and decided to call the police and ask them to check things out.

When officers arrived at the rural home, they found Jeanne’s father in bed. Tragically, he had passed away.

Last weigh-in
Of course, both Jeanne and Barbara were shaken by this sad news. Jeanne felt that she didn’t have enough strength to continue her weight journey. Therefore, she chose to drop out – a completely understandable decision.

”I talked to my mom and we both decided we’re not going back to Houston,” she said at the six-month check-in on the program.

She added: “With my dad gone, we can’t leave the dogs alone and I can’t go by myself. So I’m just not in a place to do Dr. Now’s program. I know I have to lose weight and I don’t have a lot of time, but I don’t know what to do about it right now.” 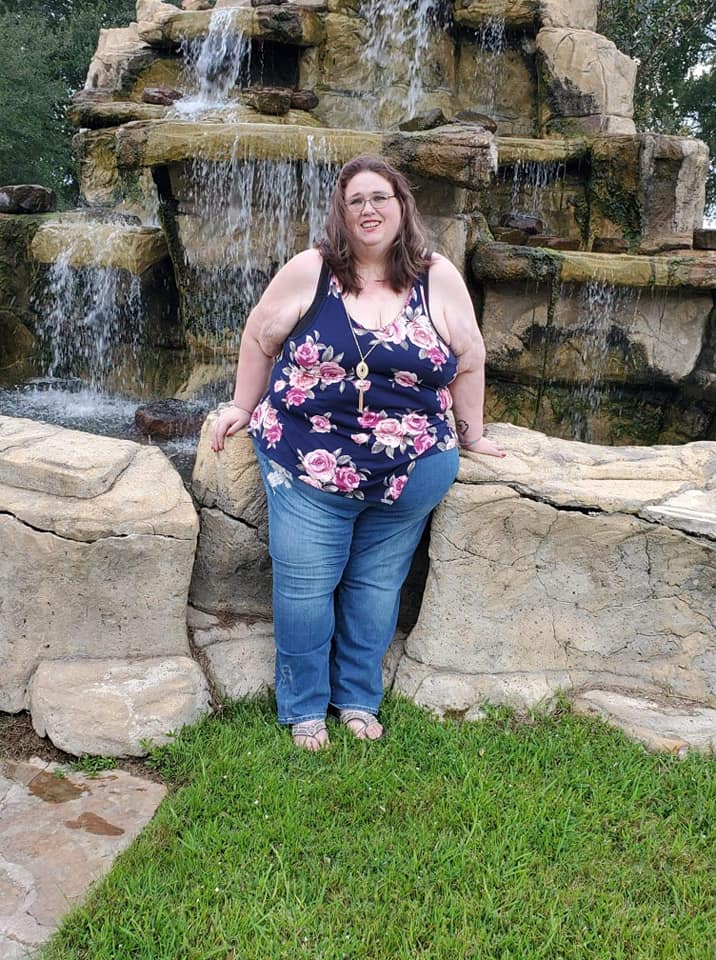 Jeanne’s situation was unique in that she was the first patient who could not complete Dr. Now’s treatment program. So instead, Dr. Now recommended Jeanne seek professional help elsewhere and talk to a mental coach.

However, a lot happened during the short time that Jeanne was in “My 600-lb. Life”. Her last weigh-in revealed that Jeanne had lost 32 pounds since her journey began, a great start.

Since leaving the show, Jeanne has kept a pretty low profile, but we can still follow her progress.

In connection with the program, Jeanne created a Facebook page. The page is “a fan page about my journey on 600lb life and afterwards.. And a place for inspiration…,” she writes. 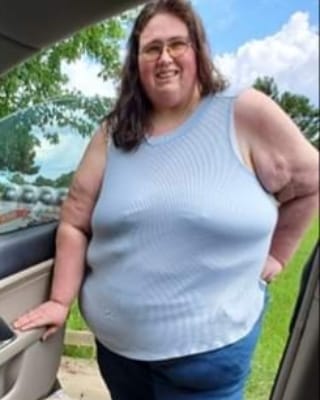 Many participants find it difficult to continue on their health journey once the cameras have left – but Jeanne has actually made progress since leaving the show. She continues her journey toward a healthier life, and in August 2020, she posted a very inspiring update.

Most people had probably suspected that she had lost some weight after seeing newer pictures of her, but no one knew how much.

So Jeanne decided to let people know about her progress.

Judging from Jeanne’s Facebook page, it seems that she has moved from Texas and got herself a boyfriend. In December last year, she wrote: 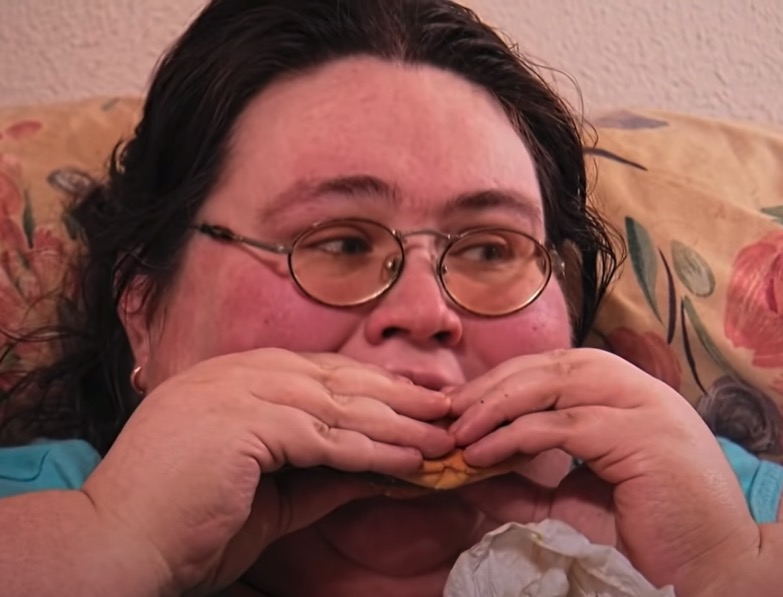 “Hope everyone is having a wonderful beginning of December… Not going into all the details But for Christmas Ill be sharing some new pictures of me and my new Beau… not giving too much info as I’d like everyone to respect his privacy but sharing some good news with everyone who has been in my corner ..”

In October 2021, she updated her followers and said Arkansas is her new home.

“This was our last day in Texas … We are now in Arkansas and the dogs love it .. Mom and I are doing well as well as are the fur babies … Now to start unpacking .. ”

In the comments section, many fans were thrilled that Jeanne seems to have got her fresh start and started a new chapter in her life.

She also seems to feel much better – just look at the recent pictures she posted on her Facebook page. It’s hard not to get tears in your eyes when you think of everything she’s been true!

I really hope Jeanne can keep up with her excellent work and that she can enjoy her new life in a new state. Hopefully, she will receive help and support as she continues this journey toward health!

Here’s to new beginnings for you and your mom. Good luck on your new journey!