Lenny-George Jones grabbed two pots from the fridge, and found his little plastic knife, as his dad was on the brink of a diabetic coma.

Meet the incredible three-year-old who saved his dad from the brink of a diabetic coma by force feeding him yoghurt as he lay unconscious on the kitchen floor. 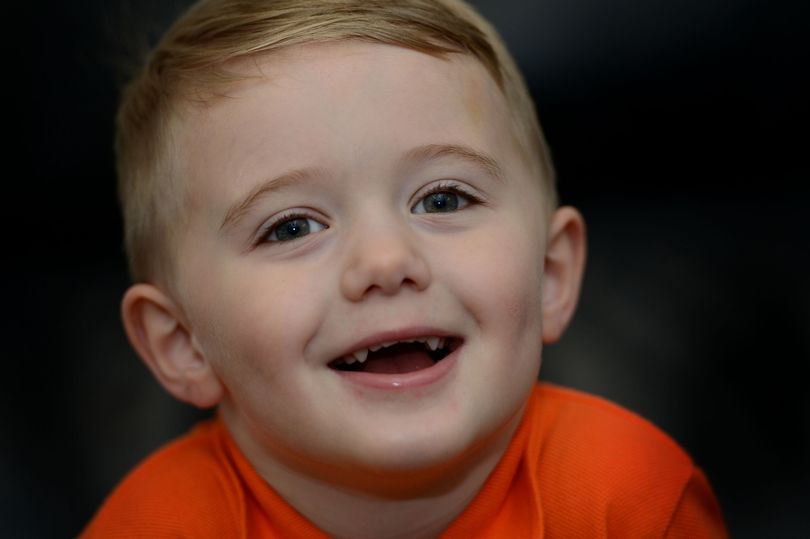 Lenny-George Jones managed to grab two Muller Crunch Corners from the fridge of his Droylsden home after dragging over his little blue chair to stand on.

Too small to reach the cutlery, the quick-thinking toddler then went to his toy kitchen and got a plastic knife, which he then used to spoon the yoghurt into 34-year-old dad Mark’s mouth until he came round and was able to take his glucose tablets.

Mum Emma, 31, said she could not be prouder of little Lenny, and says had he not done what he did on November 13, things could’ve turned out very different. 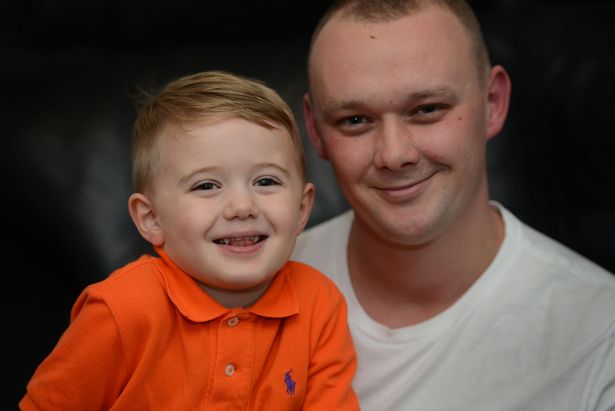 Lenny-George Jones, three, with his dad Mark
“He saved his life,” she said.

“Mark is a Type 1 diabetic and has to take insulin four times a day. It was a Sunday night, I needed to nip to my mum’s, which is literally two minutes around the corner by car, and I left them watching CBeebies together.

“I’d been out for about 30 minutes and when I got back they were lying on the sofa. Mark didn’t look well, so I said, ‘what’s going on here?’

“Lenny just turned to me and said ‘I saved daddy’, and Mark said it was true, he had.

“Mark had collapsed and woken up on the kitchen floor after he had a hypo and Lenny was feeding him yoghurt that he’d managed to get from the fridge.

“How he’d got them out of the fridge I have no idea, but his little blue wooden chair was next to it so it looked like he’d dragged it over to stand on it.

“He managed to feed Mark enough to get his sugar levels up and get his tablets.

“It could’ve been a completely different scenario if he’d been in bed or Lenny hadn’t done what he did. He could’ve ended up in a diabetic coma.”

Emma says Mark’s sugar levels were down to 1.1 when she got home – they should normally be between four and seven.

She explained that neither she nor plasterer Mark had ever sat down with their son to explain to him about Mark’s condition and what to do if something like this happened. 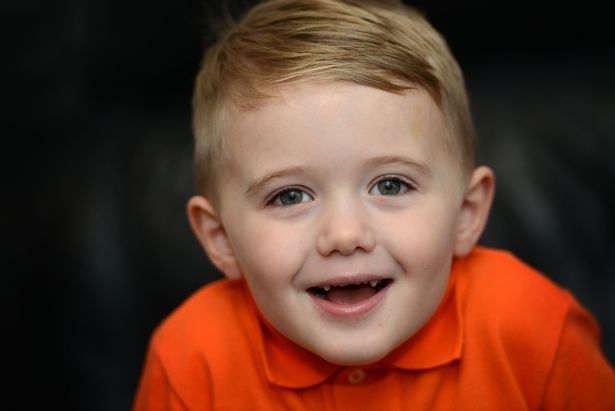 Lenny dragged his little blue chair to the fridge, managed to open it and get out two yoghurts. He then went to his little plastic kitchen and got a plastic knife and force fed his dad yoghurt till he came round

Emma added: “Lenny must have seen Mark unwell in the past and watched me go to the fridge to get him food. If there’s no Mars Bars in the cupboard I do tend to get him a yoghurt.

“He’s such a thoughtful and kind little boy. His older brother Oliver, who’s eight, has profound learning difficulties and he’s great with him.

“But he does have a mischievous side, a typical little boy running around at 100mph and never listening to his mum which is why it’s so much more amazing what he’s done!

“Lenny is a proper character, really funny. It’s incredible what he’s done, and how he knew to do it. We are so proud!”