Hagrid from Harry Potter, Robbie Coltrane, passes away at age 72

Actor Robbie Coltrane, well known for his role as Hagrid in Harry Potter, has passed away at the age of 72.

The Scottish actor was best known for his roles as the friendly and compassionate giant Hagrid in Harry Potter, the Hogwarts groundskeeper, and as Dr. Eddie “Fitz” Fitzgerald, a criminal psychologist, in the 1990s ITV drama. 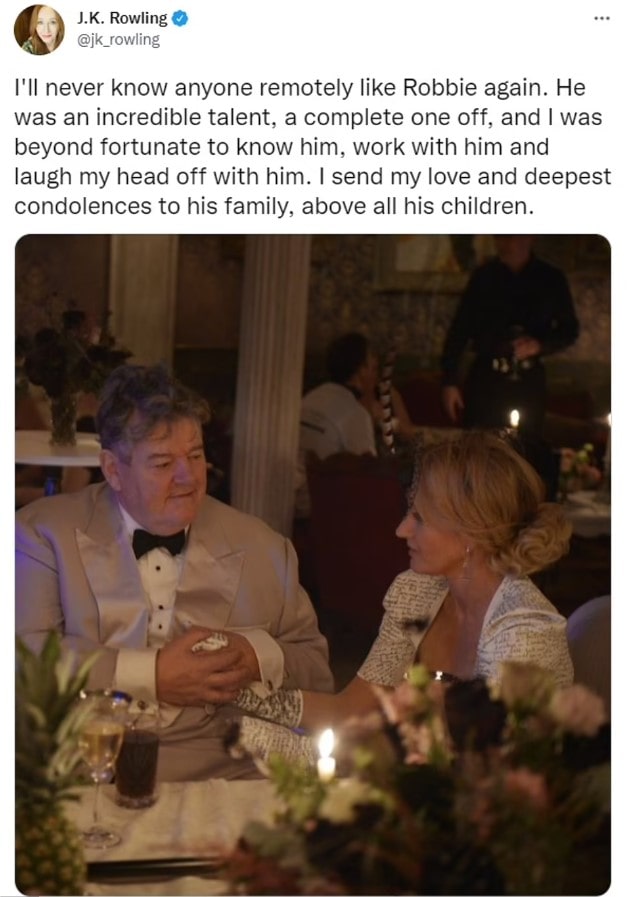 Numerous celebrities have paid tribute to the Scottish actor and comedian online, including Daniel Radcliffe, Emma Watson, and J.K. Rowling, who wrote: “I’ll never know someone quite like Robbie again. He had a very unique talent, and I consider myself incredibly lucky to have known him, worked with him, and laughed uncontrollably with him. My heartfelt sympathies and affection go out to his family, especially his children.” 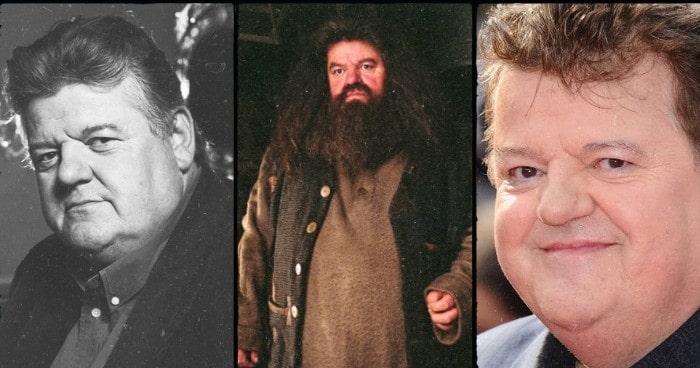 His accomplishments include winning two BAFTA Scotland Awards and the Best Actor BAFTA three times in a row for his portrayal of Dr. Fitz.

He regrettably leaves behind his children Spencer and Alice, his sister Annie Rae, and his former wife Rhona Gemmell, whom he married back in 1999.

Coltrane was one of the most popular comedians in the UK before debuting a stunning act as Fitz in ITV’s drama series Cracker.

His agent, Belinda Wright, referred to him as having “special talent.” Please respect the privacy of Robbie’s family at this difficult time, she said.

Although Robbie Coltrane’s representative acknowledged his passing, she suppressed any details on the reason for his dying. Health issues the actor experienced in the past have not been definitively linked to his demise.

Coltrane’s osteoarthritis caused him to experience significant discomfort. In 2019, one of his photos that showed him in a wheelchair and unable to walk went viral. His joints were injured by the condition, according to sources at the time, and he had been intending to have knee replacement surgery for a while.

Robbie Coltrane OBE, who was my client and friend, passed suddenly on Friday, October 14, according to a statement from his agent Belinda Wright. For his performance of Fitz in the Granada TV series Cracker in 1994, 1995, and 1996, Robbie shared the Guinness Book of Records Award for three straight Best Actor Bafta wins with Sir Michael Gambon.

He will likely be best known for years to come for his performance as Hagrid in the Harry Potter movies, which delighted audiences everywhere and sparked a steady trickle of fan mail for more than 20 years.

As tributes to the actor have started to pour in, it is clear that he had a significant impact on the world.

Shiloh, the daughter of Brad Pitt and Angelina Jolie, startled everyone when she declared her desire to change gender and become a boy.
Father throws out wife and kids.