Goldie Hawn has been one of the brightest stars in the Hollywood sky for decades. After being practically born into the world of show business, still to this day the beloved actress is working hard to entertain. At the same time, she and partner Kurt Russell continue to reign as one of the sweetest couples in Hollywood.

Though Hawn and Russell long ago decided to not get married, their love seems to grow by the day.

In a recent interview with People Magazine, Goldie dished new details about their loving relationship – and how Kurt Russell still to this day takes the time to compliment her in the sweetest ways. 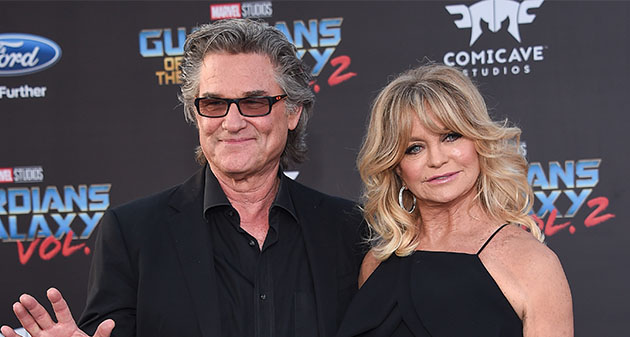 The iconic and long-lasting couple’s commitment to each other is something special, their love story throughout the years even more incredible.

Goldie and Kurt first met while filming The Only and Only, Genuine Original Family Band in 1966. Hawn recalled the meeting in an interview with BBC Radio 4.

“I thought he was adorable, but he was much too young. Then, years later we met up again, and I remembered that I liked him very much when I first met him. We both said we would never go out with another actor so it just shows you never can tell.”

In 1983, Russell and Hawn met again while filming Swing Shift.

This time, the charming and handsome Russell tried to impress Hawn with the pick-up line: “Man, you’ve got a great figure.”

“I was severely hungover and I didn’t know Goldie at all outside of having worked with her those many years before,” Russell said in a 2017 interview with Conan O’Brien.

“I just didn’t have in my mind what I was going to see, and she had a great body. So the first thing that came out was, ‘Man, you’ve got a great figure.’ It came out quickly and it could’ve gone wrong, and she said, ‘Why thank you.’” 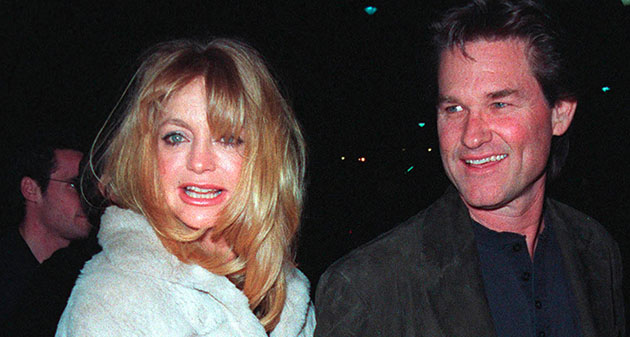 While filming Swing Shift, Kurt and Goldie went out together one night after work. He took her to The Playboy Club, where they spent hours talking.

Afterwards, they decided to move the party to a new house which Hawn had bought. The only problem? She didn’t have the keys, which resulted in the two breaking in.

The police later arrived, but it made for an iconic first date. Following that, nothing could split the two lovebirds.

At the time, Goldie had two children from her marriage with Bill Hudson. Her son Oliver was born Sep 7, 1976, and daughter Kate was born Apr 19, 1979.

Kate and Oliver have their own podcast, Sibling Revelry. In one of the episodes, Goldie’s children explained the moment that Kurt stole their mother’s heart.

At the time, Kate recalls being about three years old. Oliver, meanwhile, was six.

“It was the first time he brought him home to the house, wasn’t their first date, but it’s a beautiful story,” Kate said.

“We were living in deep Malibu and mum said that was when she fell in love with Kurt, right away, because she bought him back to the house and we were already asleep.”

Kate and Oliver shared a room, and Kurt Russell walked in one evening and sat down next to the children.

“He sat down next to you [Oliver] first, and watched you sleep. Then came by to me. I believe he watched me longest,” Kate said. 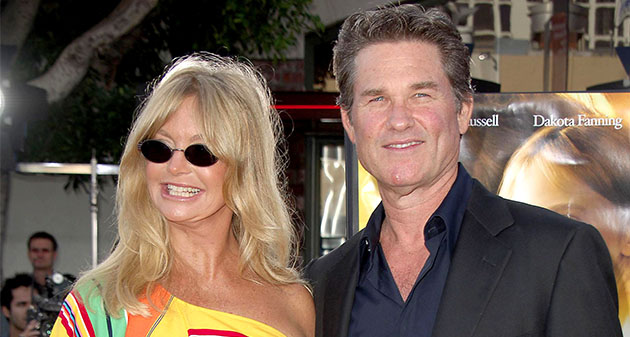 “According to the story when mum tells me the story. I was the last one he was watching and was there for longer.”

Kurt and Goldie later welcomed their son, Wyatt Russell, in 1986.

It’s been 37 years, but the super couple are still deeply in love.

Goldie’s children Oliver and Kate, meanwhile, went on to work in movies themselves.

Even though they’re both well-known, busy actors in their own right, the family has dinner together quite often since Kate lives just down the street from her mother.

When Goldie turned 60, Kurt took the entire family to Tahiti, where they spent a lovely vacation together.

“It’s always so much fun when we all meet up. We are very, very close and see each other as often as we can,” Goldie told the site Now To Love.

Goldie and Kurt have been together for almost four decades. However, they’ve decided not to get married.

According to the couple, this is the reason why their bond is so strong. The kind of love and devotion they have is more than just special. And at the same time, Goldie explains that the key to a healthy relationship is not to spend every single hour together. 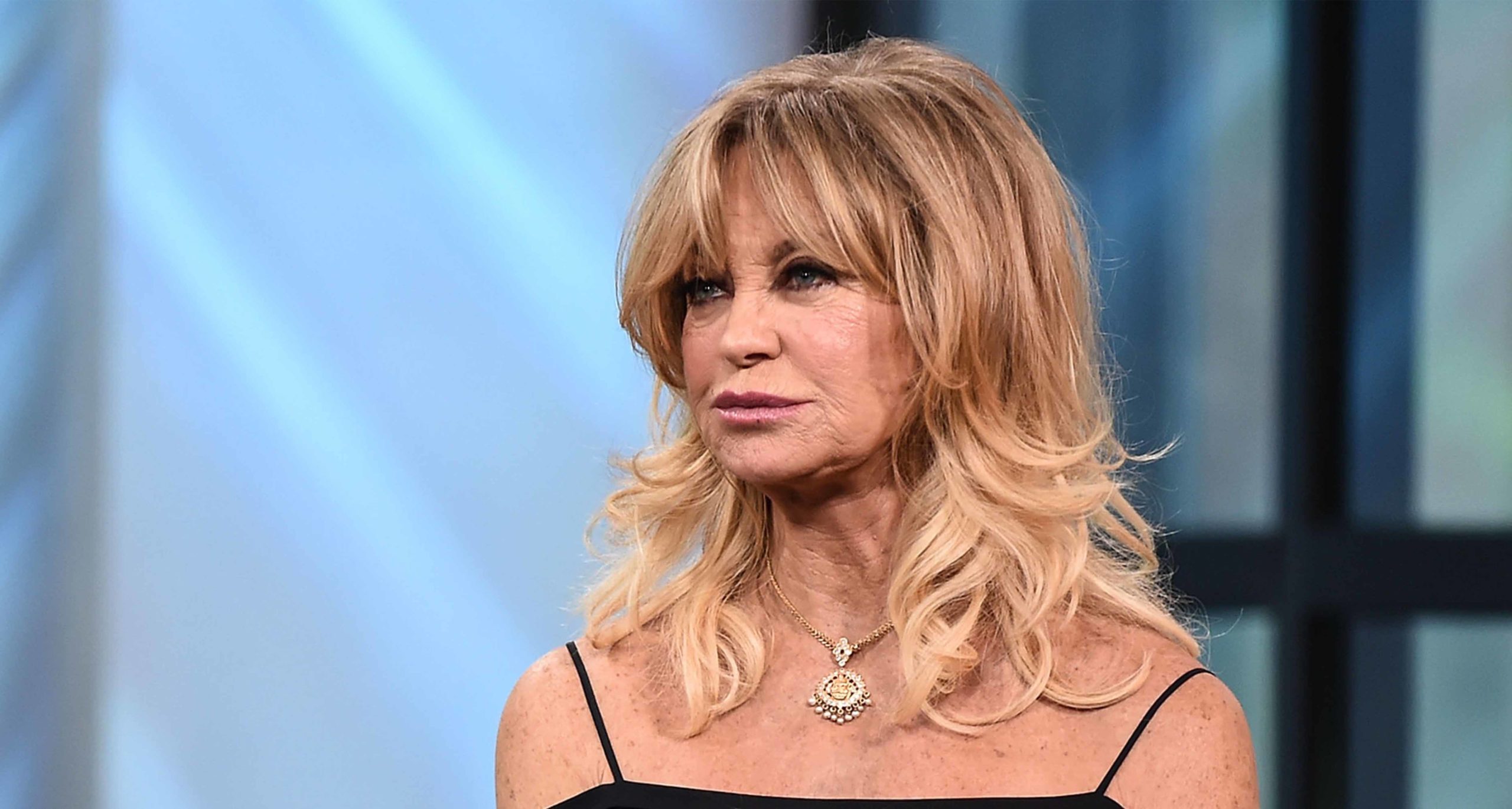 “We have done just perfectly without marrying. I already feel devoted, and isn’t that what marriage is supposed to do?” Goldie told Woman’s Day in 2007.

The last decade sure has been special for the Russell-Hawns.

They’ve now got six grandchildren. Via Instagram, they can be seen giving their love to the smallest members of their family.

The movie stars were captured on camera by daughter Kate a couple of years ago, holding their new granddaughter in a very special moment.

When the picture was posted on Instagram, millions of fans reacted with adoration and sent the most lovely messages.

Kurt has revealed that their grandchildren don’t call them Grandma and Grandpa. Instead, they go by Gogo and Gogi.

The grandchildren and children of Russell-Hawn got to share an amazing moment together in May 2017, when the legendary actors had their names immortalized on the Hollywood Walk of Fame.

The couple even shared a loving moment during the ceremony, kissing each other in front of the stars. 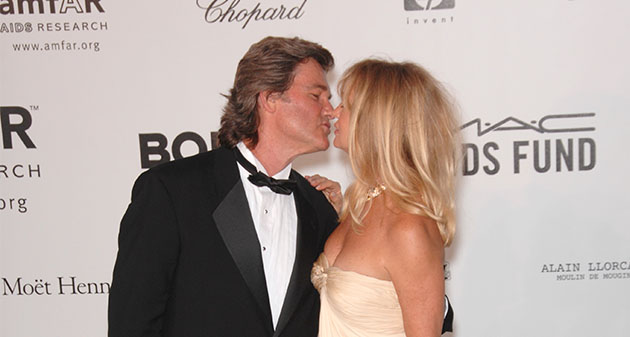 When you’re together with someone 37 years, it’s important to remember to show them love every single day.

Recently, new details about Goldie and Kurt’s wonderful relationship came to light. Body expert Karen Donaldson analyzed pictures of the two of them – and the results are just as wonderful as you can imagine.

Very often – if not always – Kurt and Goldie can be seen walking in unison. This, according to Donaldson, is a sign that they are on the same level. It’s obvious they can’t get enough of each other.

“Goldie and Kurt walk in unison which tells us that they are also in sync with one another on an emotional level,” said Donaldson, adding that their handholding also gives us another insight.

“[It] tells us that they are affectionate towards each other,” she says. “Plus, it helps that Kurt can’t keep his eyes off Goldie—a sign that he adores her.”

In Kurt and Goldie’s case, their body language is, according to Donaldson, a point of endearing love. How they communicate without using words is a sign of high-level intimacy, and shows how important the physical part is for the two love birds.

“The way in which Kurt holds Goldie’s hands in both of his as he kisses her shows a truly deep connection on an emotional and physical level,” Davidson explains. 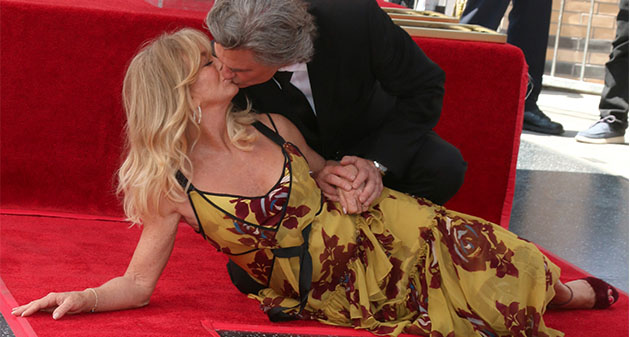 Being comfortable around people is one of the greatest things, irrespective of whether it’s with friends or in romantic relationship. In pictures since Russell and Hawn started dating, the two have been very relaxed around one another.

Comfort is the most important thing for the two lovebirds, and that, according to Donaldson, is a sign that they still are deeply in love.

“This signals a long-lasting relationship, void of competition and full of acceptance,” Donaldson told Woman’s Magazine.

“A natural mirroring of your partners posture and body language is often seen in more established relationships that have a deep connection.”

Now, having a relationship that lasts almost 40 years is very impressive, and the most important thing is to keep showing appreciation for one other.

For Goldie Hawn and Kurt Russell, this never seems to have been a problem. Pictures of the two over the years have always been full of love; the couple and their children have always aimed to do fun things together.

Speaking with People, Goldie revealed new details about their loving relationship. It turns out that Kurt is always keen to complement his beautiful partner in the most wonderful way. 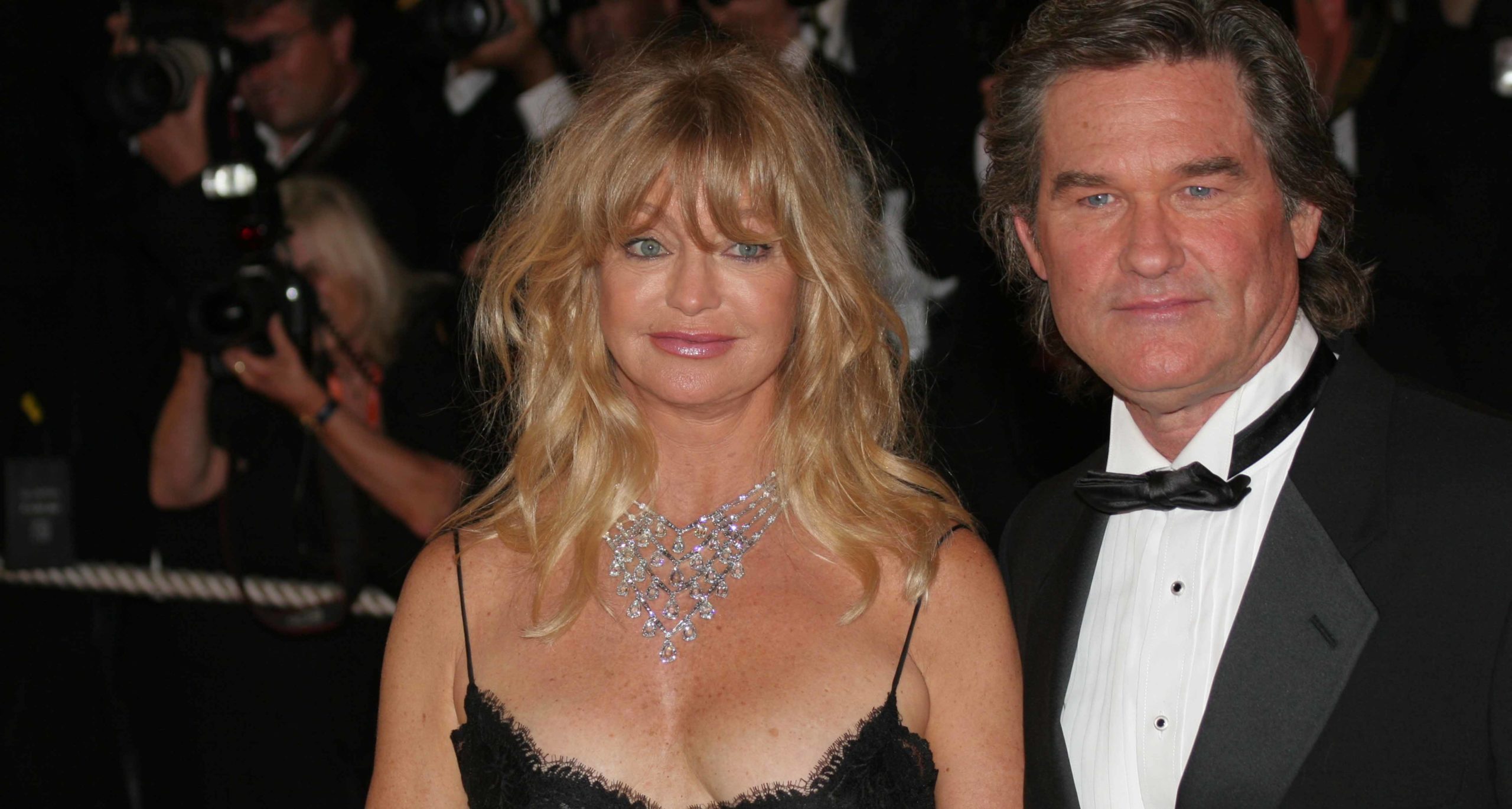 “The other night we were going to go have dinner. He looks at me and goes, ‘You’re unbelievable,’” Hawn said. “He said ‘I cannot believe how [beautiful] you look.’ He really appreciates that.”

“It is really good combination,” she added.

Now, Goldie isn’t the only one in the family recognizing their beautiful bond. Daughter Kate Hudson – who Goldie had with her ex-husband Bill Hudson – explained that she is in awe of her mother and step-father’s relationship. In fact, she says that Goldie and Kurt’s affection for each other is “really the goal”.

“You and Pa have been together for so long and sometimes I look at it and I’m like, How do you guys do it?’” she said. “I’m still working on that.”

During the COVID-19 pandemic, Goldie and Kurt were in quarantine together. Even though she’s a great entertainer, the long days without being able to do anything special were reportedly tough, Goldie revealed in an interview with Good Morning Britain.

“We’re very, very lucky and I’m incredibly grateful, but what I do feel is a tremendous angst, a tremendous sadness,” she said.

There isn’t a more wonderful love story in Hollywood than that of Goldie Hawn and Kurt Russell. We are so happy that they found each other and have managed to keep their loving relationship strong even after nearly 40 years.

Please, share this beautiful story on Facebook with friends and family to honor Goldie Hawn and Kurt Russell!