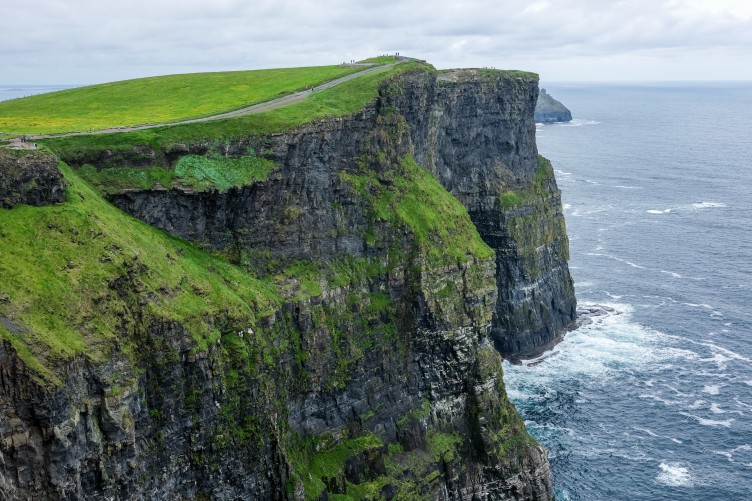 From the cliffs, and from atop the tower, visitors can see the Aran Islands in Galway Bay, the Maumturks and Twelve Pins mountain ranges to the north in County Galway, and Loop Head to the south. The cliffs rank among the most visited tourist sites in Ireland, with around 1.5 million visits per annum. 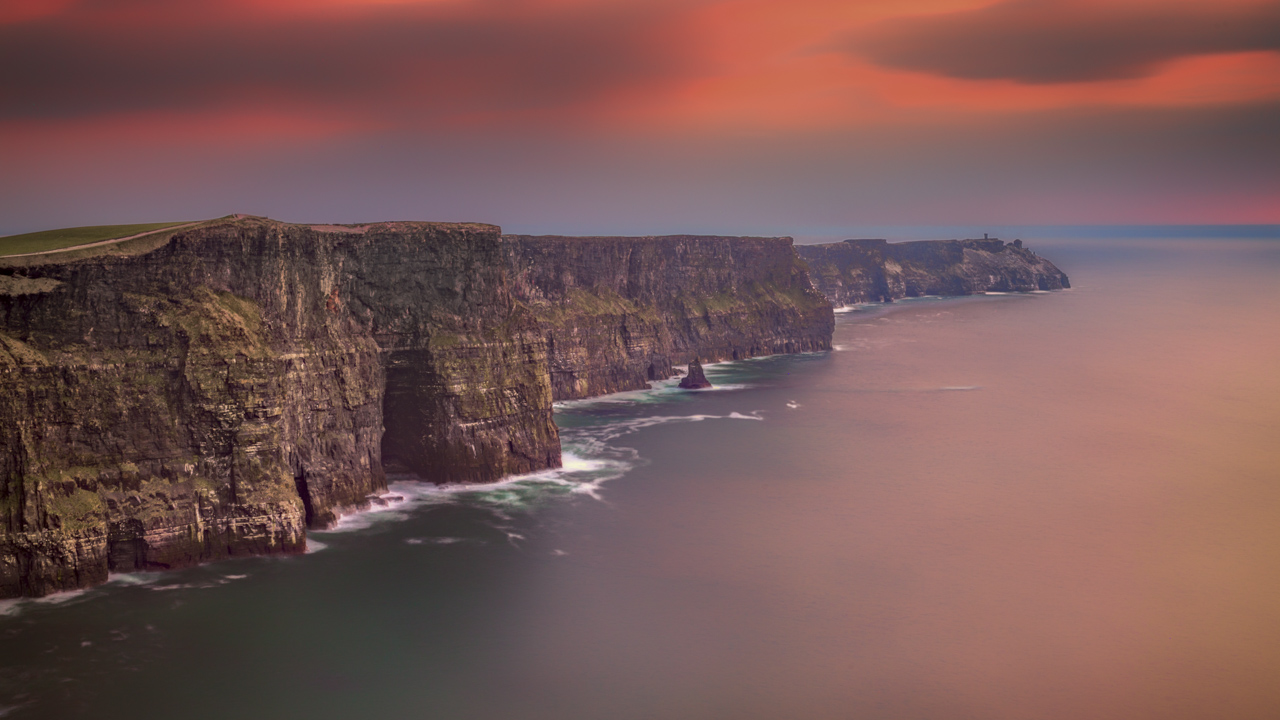 The area is considered a geologic laboratory that preserves a record of deltaic deposition in deep water. Individual strata vary in thickness from just a few centimeters to several meters, each representing a specific depositional event in the history of the delta. In aggregate, up to 200 meters of sedimentary rocks are exposed in the Cliffs of Moher.

The Cliffs of Moher have appeared in numerous media. In cinema, the cliffs have appeared in several films, including The Princess Bride (1987) (as the filming location for “The Cliffs of Insanity”), Harry Potter and the Half-Blood Prince (2009), and Leap Year (2010). The cliffs are mentioned in the Martin Scorsese film Bringing Out the Dead (1999) and are noted in the 2008 documentary Waveriders as the location of a large surfing wave known as “Aileens”.

In music, the cliffs have been the scene for music videos, including Maroon 5’s “Runaway”, Westlife’s “My Love”, and Rich Mullins’ “The Color Green”. Most of singer Dusty Springfield’s ashes were scattered at the cliffs by her brother, Tom. There is also an Irish fiddle tune called The Cliffs Of Moher. 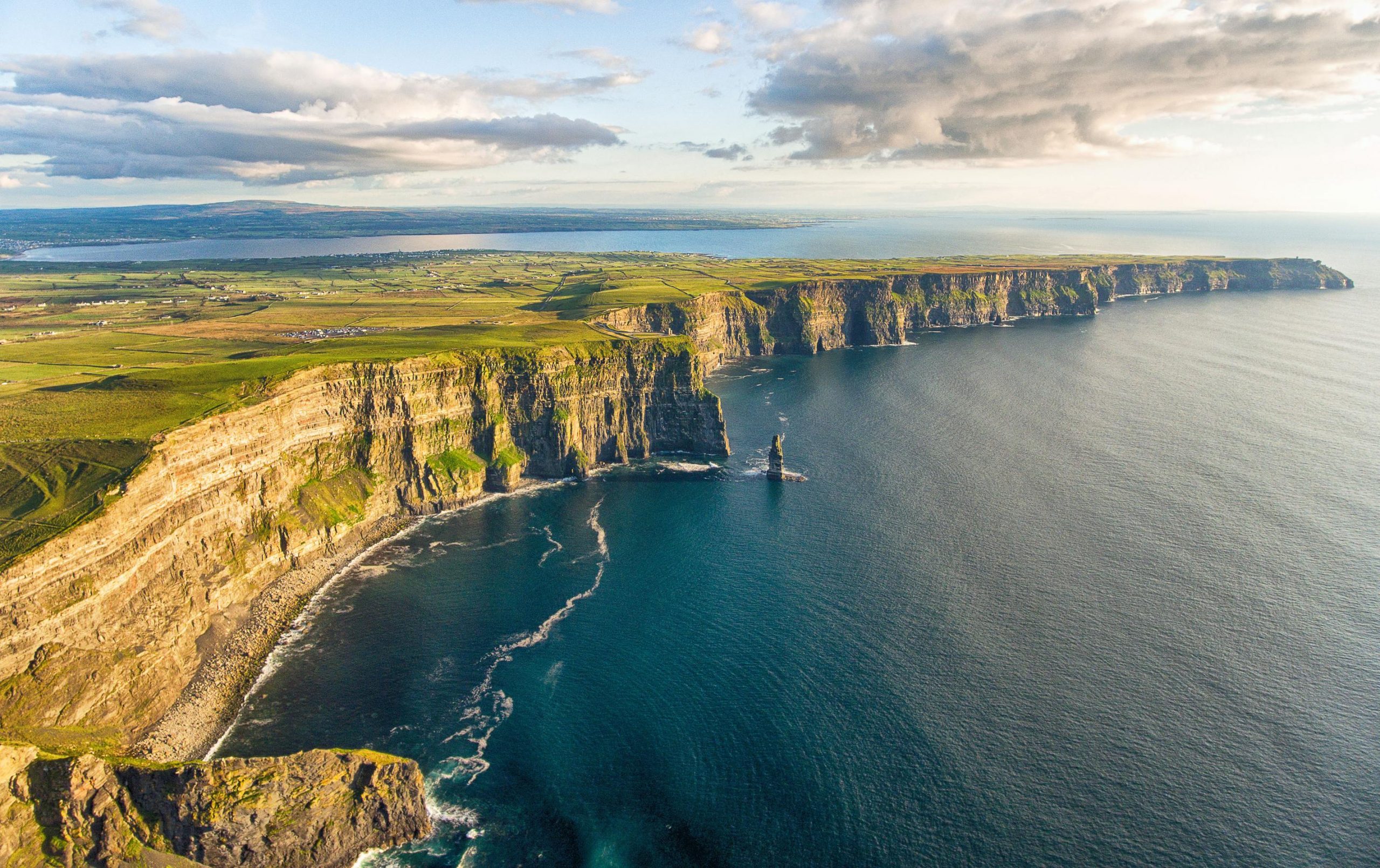