What makes a great beach all depends on the traveler. Some like wide, open stretches of sand with ample things to do and throngs of people to watch, while others prefer deserted shorelines with calm waters.

With its turquoise waters, glittering sands and luxe resorts, Fiji is similar to many other tropical getaways. Likewise, the set of 333 islands caters to lovebirds of all kinds. Plus, adventure-seekers, like surfers and divers, appreciate the archipelago’s quality waves and coral reefs. But Fiji differs from other island destinations in its otherworldliness. Since it’s more than 1,300 miles from New Zealand’s North Island in the South Pacific Ocean, Fiji affords you the delectable feeling of seclusion. You’ll be as far from reality as possible when you’re sipping Fiji Bitter beer and watching the sun dip below the horizon. Fijian customs will make you feel a million miles away too: Ever tasted the dizzying kava drink? Or watched men defy fire and walk across scalding stones without burning their feet? If not, it’s about time you did. 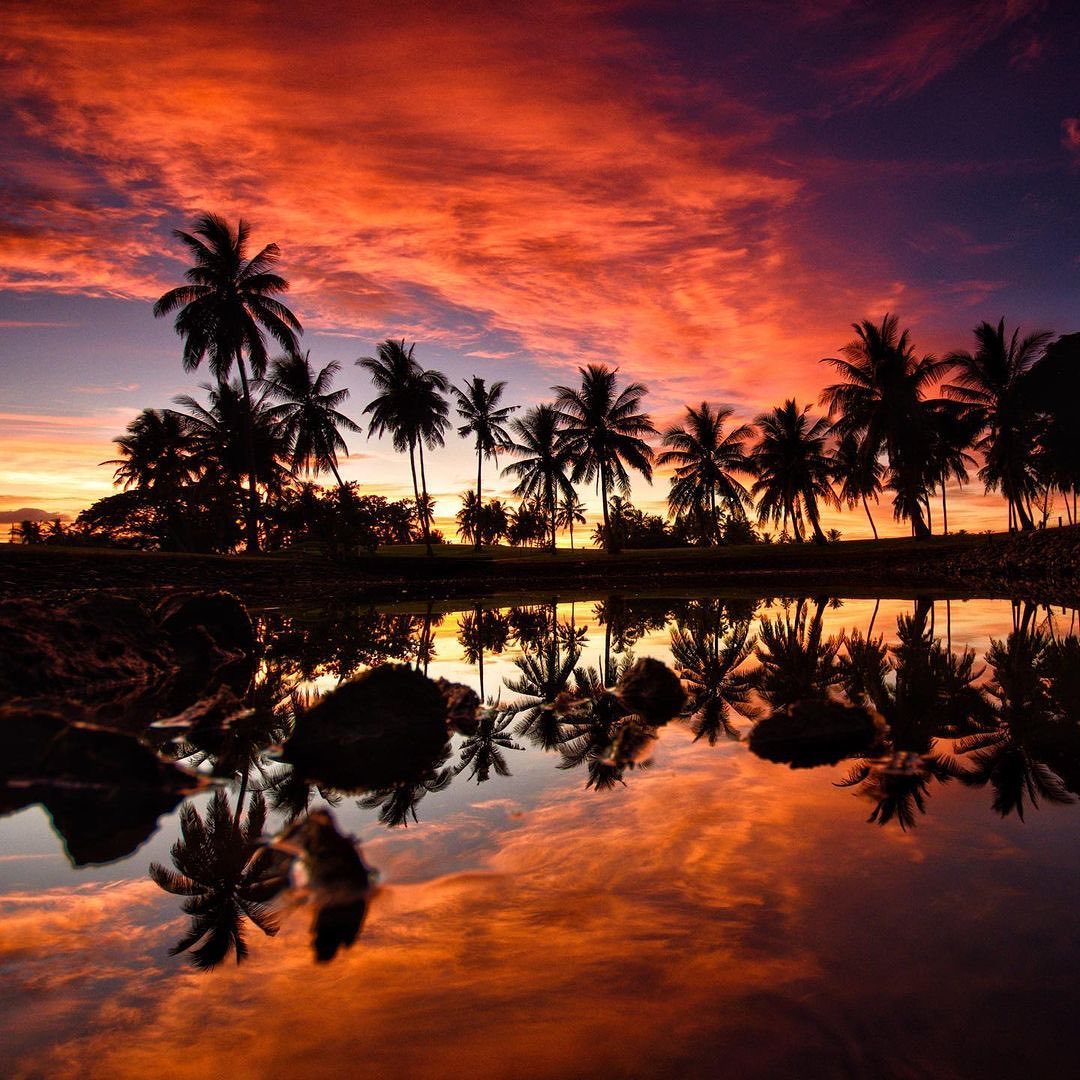 You’ve seen photos of the Maldives before: picture-perfect private villas suspended over striking blue waters, alabaster white sand beaches and spectacular sunsets dipping into the horizon. The scenic beauty of the Maldives is something to behold, something you can’t quite understand until you’re there in person.

The island nation of the Maldives is popular with honeymooners looking for seclusion and adventurers looking to explore the depths of the sea on a scuba diving and snorkeling excursion. Travelers seeking relaxation can unwind at one of the island spas and all visitors should certainly spend a day exploring the Maldivian capital of Malé. The hotels in this region are also spectacular, ranging from underwater hotels to overwater private bungalows. However, getting to and staying in this tropical paradise requires patience (there are no direct flights from the United States) and plentiful cash. Located between the Arabian and Laccadive seas, roughly 500 miles southwest of Sri Lanka, the Maldives is about as isolated as you can get – and that’s just another one of its many allures. 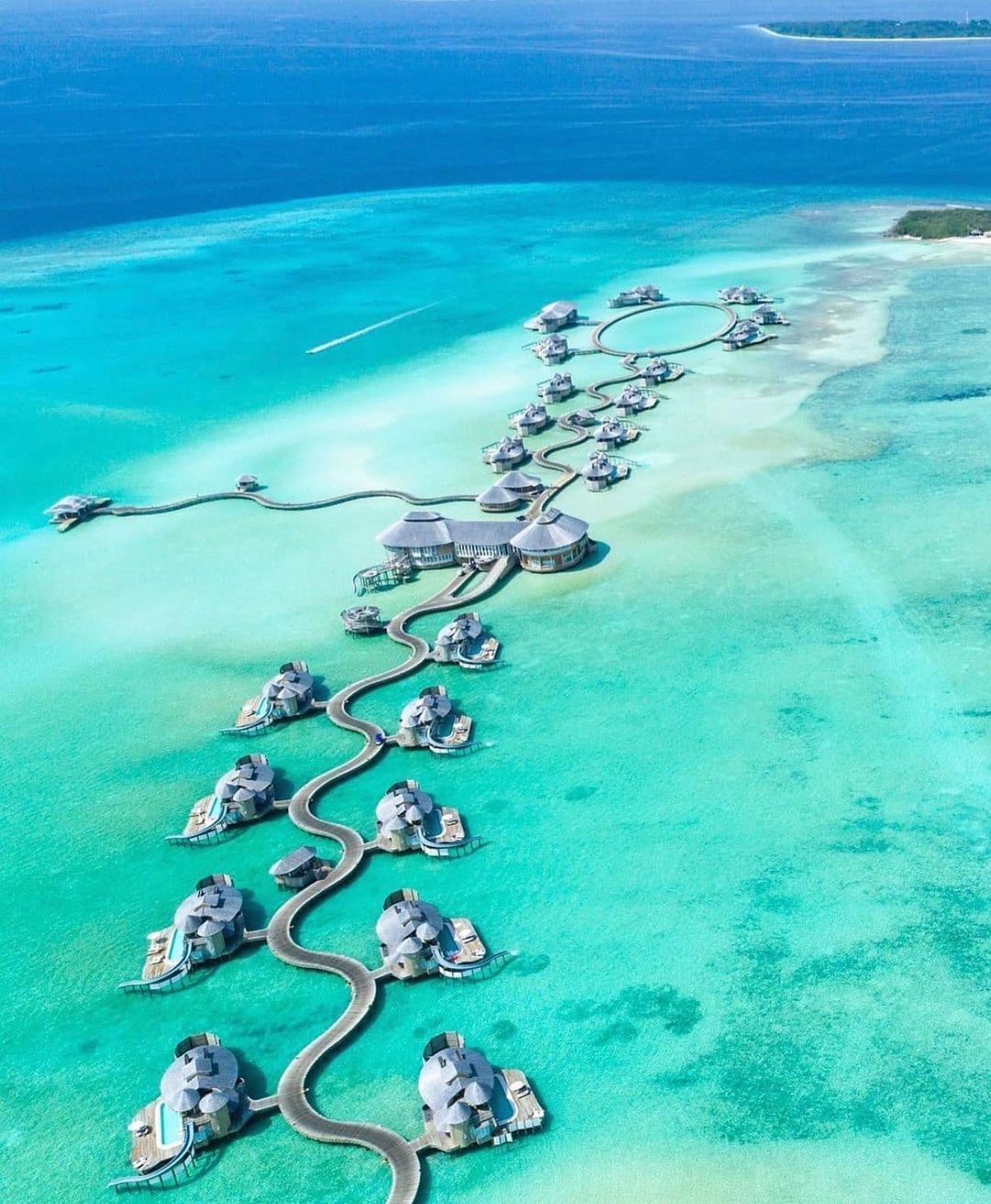 The small island of Bora Bora (just about 6 miles long and a little more than 2 miles wide) overflows with beauty. A dormant volcano rises up at its center and fans out into lush jungle before spilling into an aquamarine lagoon. In fact, author James Michener, who wrote „Tales of the South Pacific,” called Bora Bora „the most beautiful island in the world.” The 18th-century British explorer James Cook even coined it as the „Pearl of the Pacific.” The very definition of a tropical getaway, blissful Bora Bora abounds with luxurious resorts, sunny skies, warm waters and friendly locals.

And as you might’ve already guessed, the main industry on this petite island in French Polynesia and its swarm of tiny motu (islands) is tourism. To that end, you can snorkel, explore Vaitape (Bora Bora’s main port), hike Mount Otemanu and more. But there’s a catch: Bora Bora is expensive – very expensive. In short, visit Bora Bora for natural beauty, visit for utter relaxation and visit if you have the money. 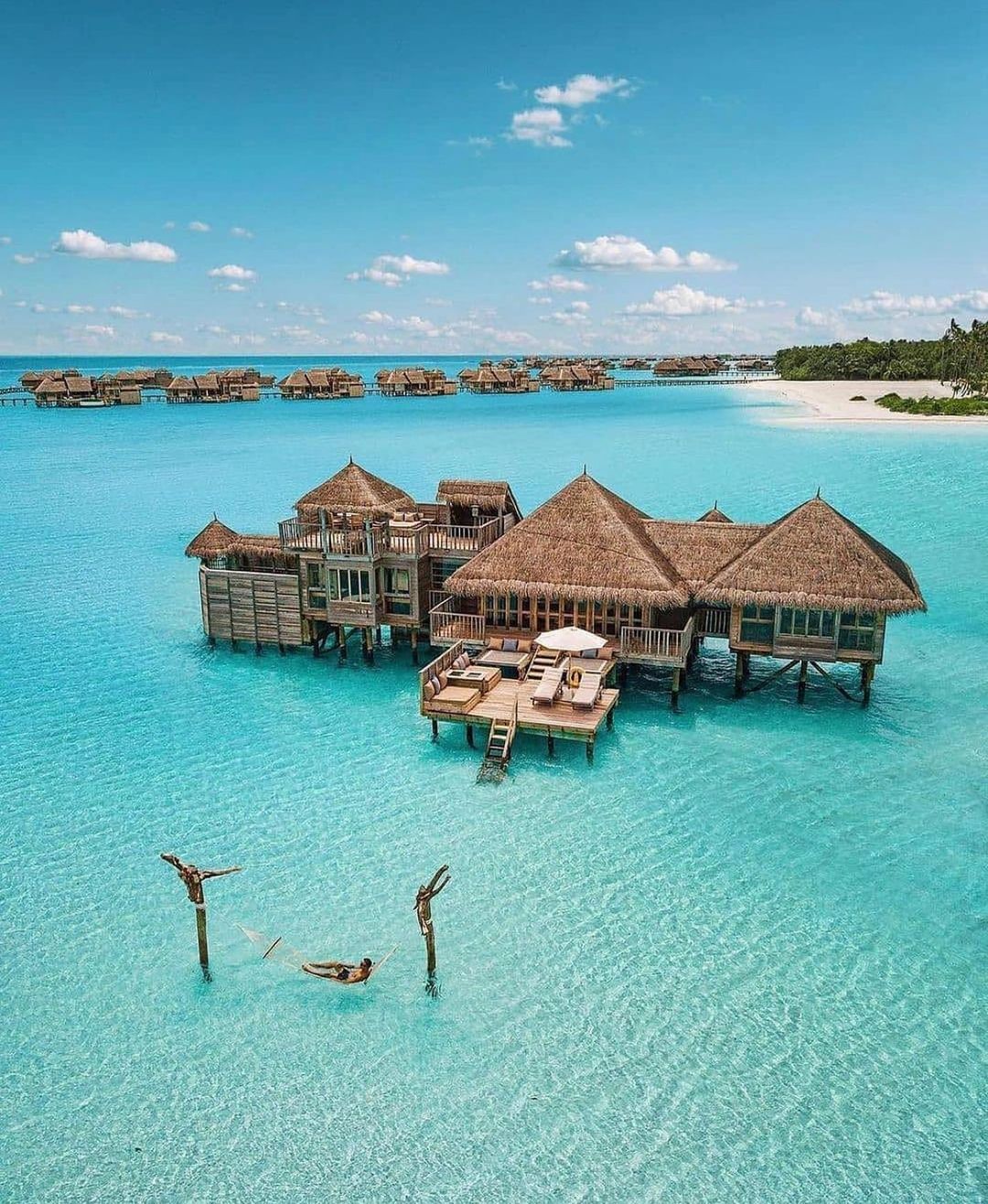 Miles of shoreline, dozens of resorts, French cuisine to die for – Tahiti has all the makings of a honeymoon destination. But beach bums often pass over Tahiti’s sands in favor of Bora Bora’s ivory shores. Despite its idyllic reputation and accessibility, Tahiti is more of an off-the-beaten-path stop than a romantic getaway. However, that doesn’t mean Tahiti should be ignored.

Leafy forests sit beside sandy shores, French crêpes are served alongside Tahitian poisson cru (raw fish). If there ever was a place that embodies the beautiful duality of the French Polynesian archipelago, it’s Tahiti. Here, the quirky, often chaotic atmosphere of the island’s capital, Papeete, rubs elbows with uncorrupted natural beauty. In fact, Tahiti – the largest of French Polynesia’s 118 islands – is often referred to as two separate islands despite them being joined by a tiny land bridge. Tahiti Nui is the larger, northern section where Papeete can be found. Tahiti Iti (the smaller half) is less accessible, although many visitors make the trek here for a taste of seclusion. Just note that spending a week on either part of Tahiti will cost you quite a chunk of change. But travelers agree that the warm waters, the lush jungles and the luxurious resorts are worth the splurge. 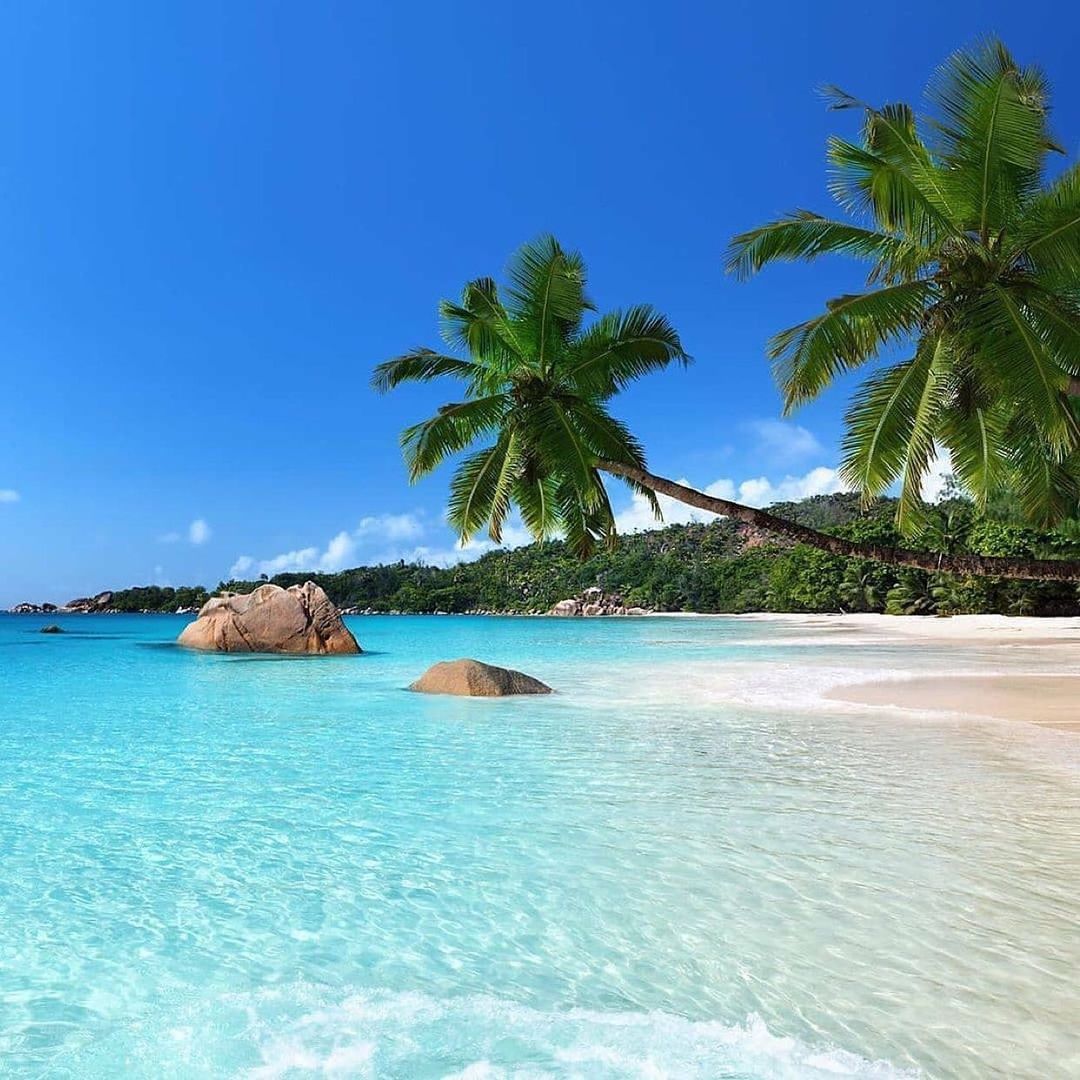 Maui is not nearly as large as the Big Island, nor is it as small as Lanai, as bustling as Oahu or as quiet as Kauai. For many Hawaii vacationers, Maui is just right – offering a taste of just about everything the Aloha State has to offer, from impressive wildlife to intriguing history and culture. While on a visit here, you can shimmy alongside professional hula dancers, golf along coastal fairways, sail down a zip line, snorkel alongside five different types of sea turtles or simply lounge along some of Hawaii’s most notable beaches.

One of the archipelago’s most popular tourism spots, Maui can be found sandwiched between the Big Island and the much tinier Molokai (which you can explore by signing up for one of the best Maui tours). Maui is divided into five distinct regions: Many travelers base themselves along the coasts of South Maui (home to the famous Wailea Beach) or West Maui, where the sands of Kaanapali Beach and the music from the Old Lahaina Luau are located. But the rest of the island should not be missed. Travel along the Road to Hana to experience East Maui’s scenic coastline, explore Haleakala – the world’s largest dormant volcano – in the Upcountry and discover the former tribal battlegrounds of Central Maui’s Iao Valley State Park. And for a bird’s-eye view of it all, reserve a spot on one of Maui’s best helicopter tours. 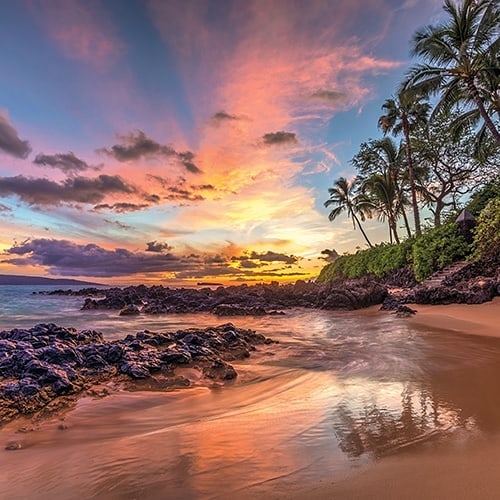 The U.S. Virgin Islands are „America’s Caribbean Paradise” – the place to see moko jumbies (stilt walkers) dance at a Carnival parade, hear the lilting patois of a Creole dialect or smell the spices in a saltfish pate (all without losing cell phone reception). You can visit either St. Thomas, St. John or St. Croix, or better yet, spend a little time on all three islands. That way you’ll get plenty of pampering, undisturbed nature and colonial history jammed into one vacation.

Each island offers something different. Called „Rock City” for its hilly, craggy horizon, St. Thomas is known for luxury – from the megayachts moored in the harbor to the high-end storefronts along Main Street. Located a short ferry ride east, St. John appeals to honeymooners and nature lovers, with more than 7,000 acres of dedicated parkland, along with pristine beaches. Way down south in the Caribbean Sea, St. Croix allows visitors to explore the islands’ colonial heritage and the history of slavery at several different forts and plantations. Plus, it’s on this island that you’ll find the Cruzan Rum Distillery.

A visit to the islands now may look a little different than it did several years ago. Hurricanes Maria and Irma devastated the islands, leaving homes and hotels either uninhabitable or severely damaged. However, since 2017 the region has taken great strides in restoring itself and is happily welcoming visitors once again. So, if you’re in need of a beachy vacation, don’t hesitate to book your trip. 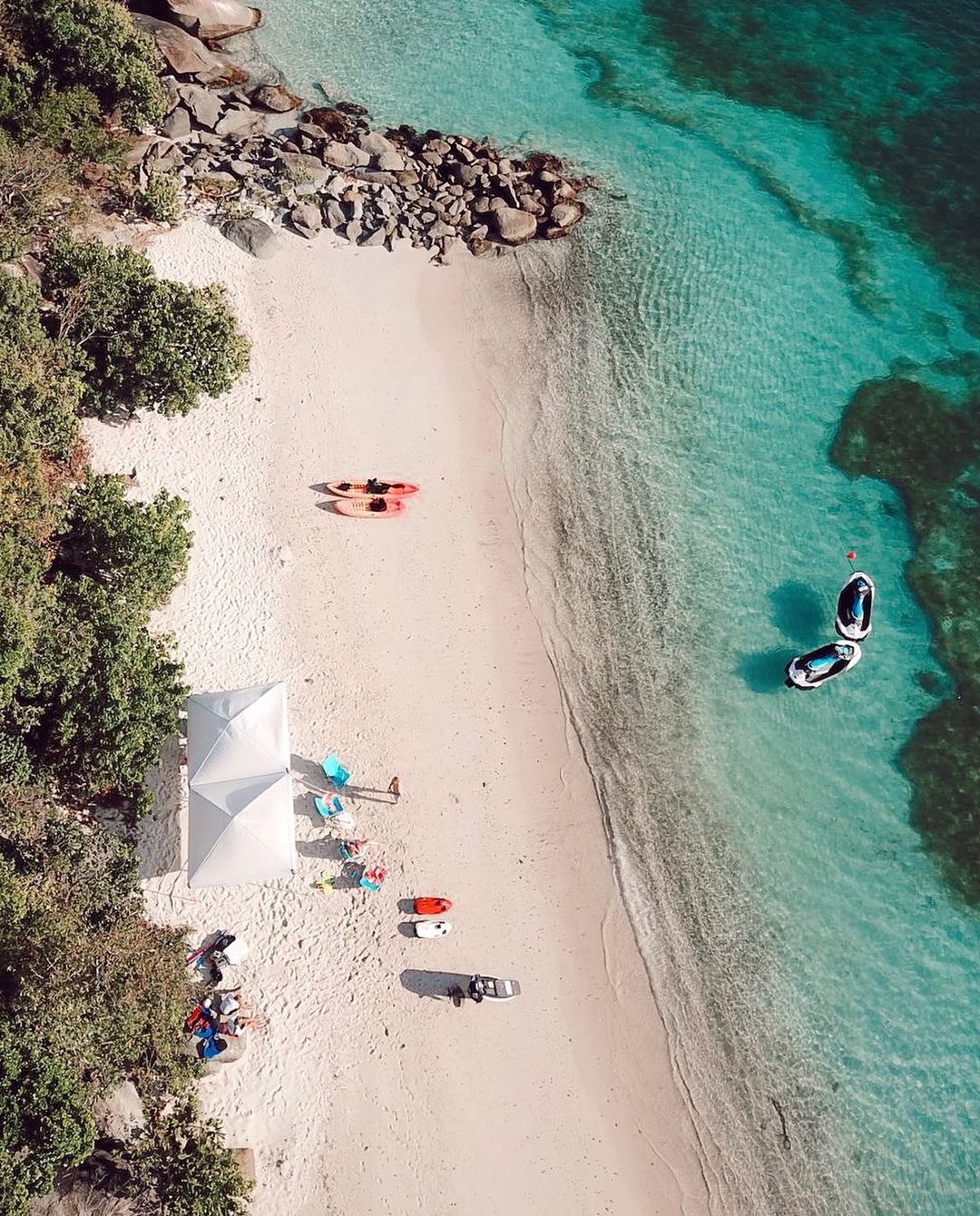 The roughly 700 islands that make up the Bahamas lure millions of visitors to their white-washed shores, duty-free shops, fishing and scuba diving excursions and luxurious accommodations each year. Families that flock here tend to indulge in the diversions of Atlantis, Paradise Island and other mega resorts, but this diverse island chain also offers a range of activities away from the hotel zone. Nature enthusiasts can explore pristine protected areas like the Leon Levy Native Plant Preserve (on Eleuthera) and Lucayan National Park (on Grand Bahama Island) or take it easy at one of the country’s many beaches or private islands. Meanwhile for history buffs, ruins and artifacts from the colonial era and indigenous peoples like the Lucayan Indians can be throughout. Plus, with cruise deals available year-round, it’s no wonder why the Bahamas has become a popular vacation destination. 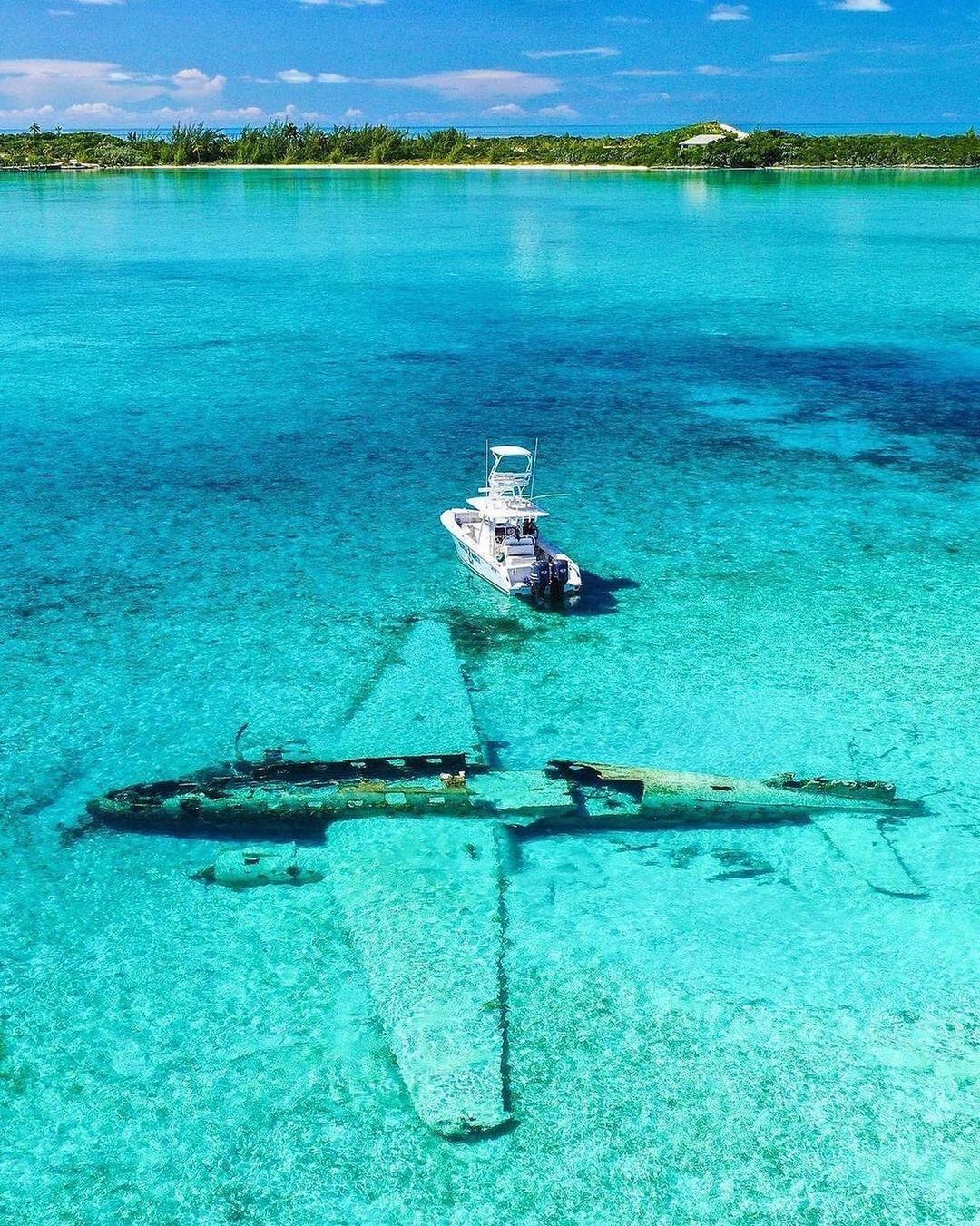