Ashley Olsen and her sister Mary-Kate Olsen were famous before they could even walk. After starring together as Michelle Tanner on Full House, the siblings became known worldwide.

These days, of course, Ashley and her sister are all grown up, and it seems like both of them are determined to anything but act. Even so, they’ve stayed in the spotlight for many reasons, good and bad.

That said, the iconic siblings appear to have become more private over the last few years.

Unlike sister Mary-Kate, Ashley Olsen hasn’t been married. Now, though, it seems she has found a very loving long-term partner, even if they’ve only been photographed a handful of times.

Here’s all you need to know about Ashley Olsen’s romance and her road to fame! 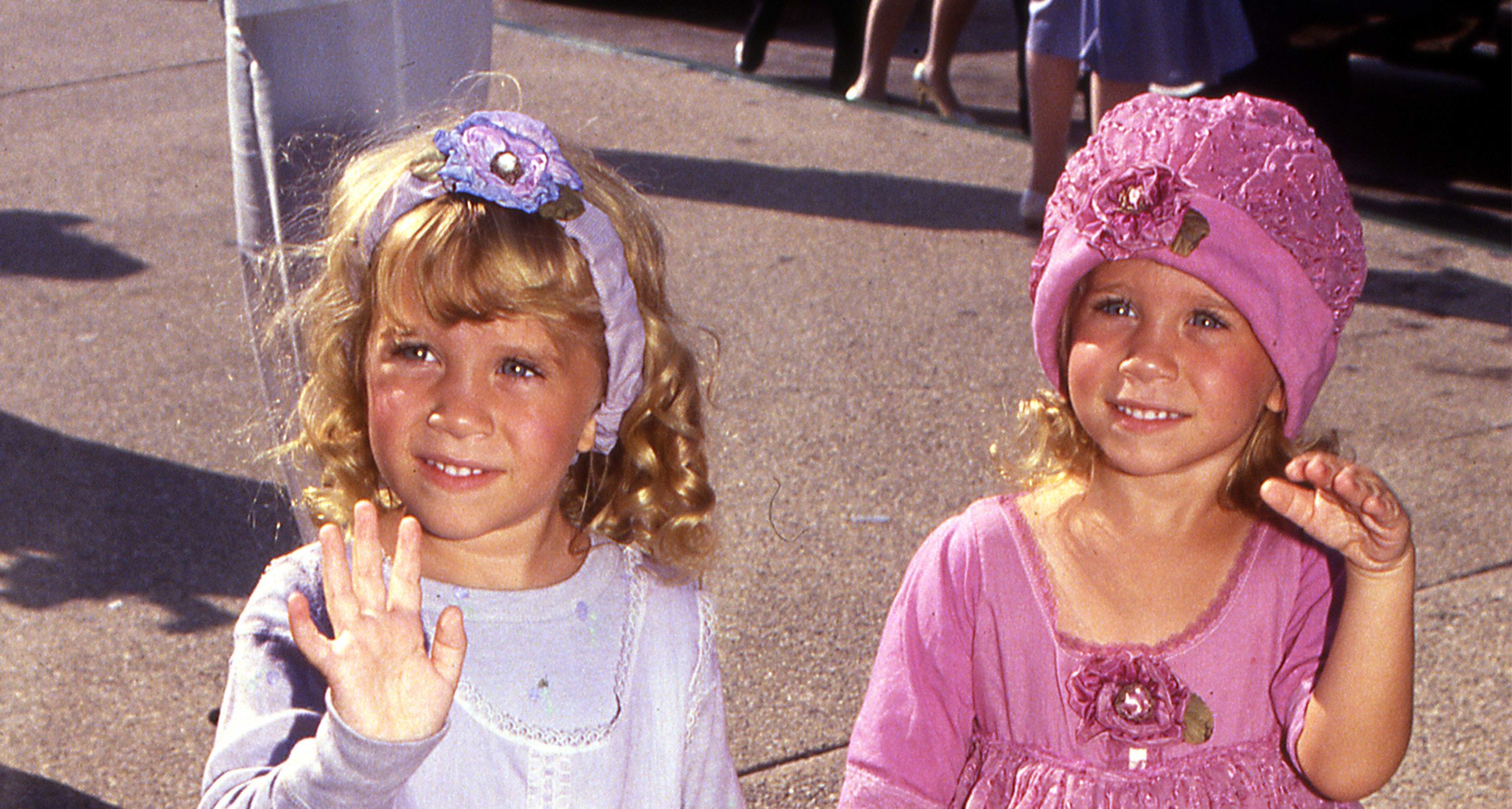 Few child actors have enjoyed the same success as Mary-Kate and Ashley Olsen. Many of today’s greatest actors starred in classic shows as children, but the majority of them had minor roles that can’t really be counted as breakthrough ones.

In Mary-Kate and Ashley’s case, the twin sisters became superstars overnight after they starred in the classic television series Full House.

The Olsen twins probably don’t even remember their first time in front of the cameras. At just nine months old, they made their joint acting debuts in 1987, sharing the role of young daughter Michelle Tanner on the sitcom Full House.

In the process of getting the part, they beat out nine other pairs of twins. The successful show ran for eight years, and by the time they were 12 years of age, the Olsen twins were already stars.

Ashley and Mary-Kate Olsen went on to star in feature films and landed a television series, Two of a Kind. They also featured in several musical detective videos called The Adventures of Mary-Kate & Ashley, as well as You’re Invited to Mary-Kate and Ashley’s sleepover party tapes.

“We had a collection with Walmart at twelve, which was the upper tier of the tween market. It was before celebrity designers,” Ashley told Vogue.

“And we were really designing it,” Mary-Kate added. “It would be jeans, a bit bohemian, or with a little blazer. It was really fashion-forward.” 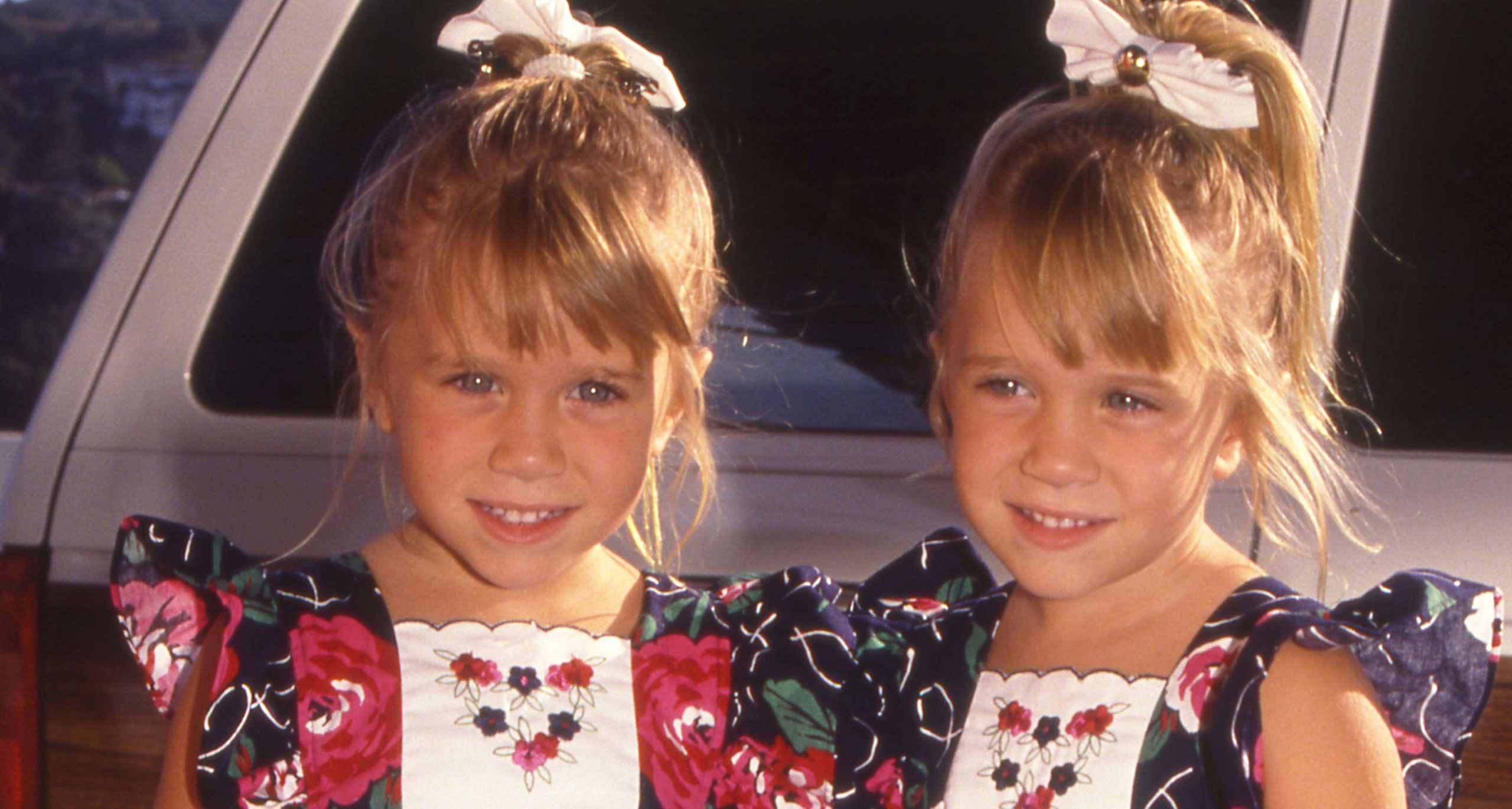 The company making all this possible was Dualstar. On their eighteenth birthday, Mary-Kate and Ashley took control of the company, built on their childhood earnings from both television and movies.

Why Ashley Olsen disappeared from the spotlight

At that point, they decided to move to New York City. Today, Dualstar has retail sales of a staggering $1 billion.

Until that point, the twins had worked for the most part – or pretty much every part – of their lives. They decided to take a well-deserved break from acting, understandable since the paparazzi followed the twins around everywhere.

“I am so proud of what we did. We made kids smile every day. But we had done the most we could do,” Mary-Kate said. “There was a fear … but also, an exhale.”

The twins had ultimately grown paranoid about life in Los Angeles since the press wouldn’t leave them alone, hence the move to New York.

“It was the worst in Los Angeles when we got our license. They would follow us. They knew where we lived. And you don’t know who these people are. People just out of jail.” 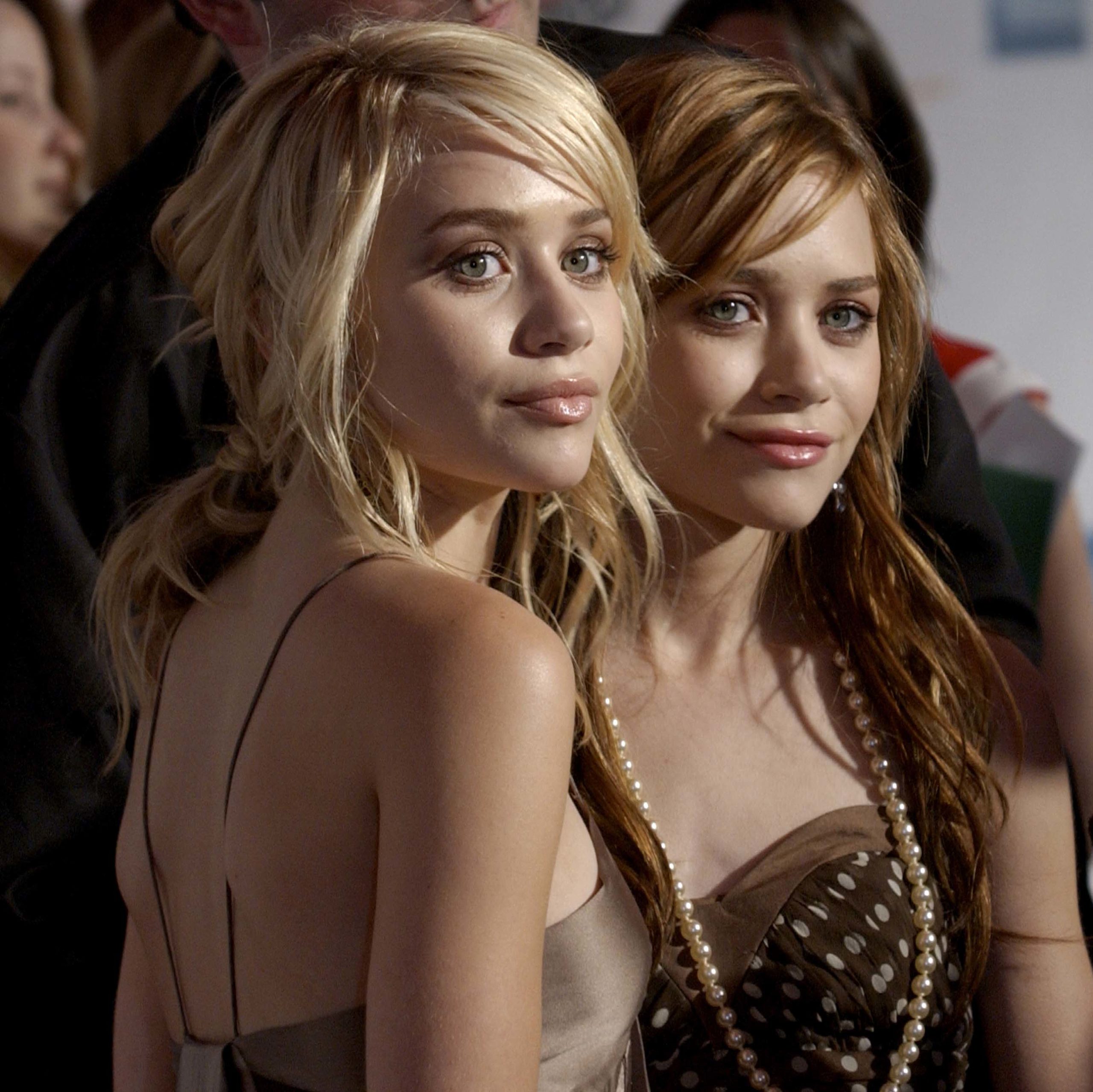 In any case, it’s safe to say that the sisters have gotten used to life in the spotlight. They’ve had their fair share of struggles over the years, but who can blame them after becoming celebrities at such a young age?

In more recent years, the sisters have tried to keep things more private, instead focusing on working with projects close to their hearts.

As stated above, when Ashley and her sister turned 18, they officially became co-presidents of Dualstar Entertainment Group, effectively gaining control of their videos and merchandising.

Shortly after, Ashley and Mary-Kate felt like doing something else. To be more precise, they wanted to expand their empire. With that in mind, they took their first steps into high-end fashion, launching their clothing line named The Row.

This fashion brand was utterly different from what Mary-Kate and Ashley had done before. Not only was it was their first venture in high-end fashion – but for the first time, they didn’t explicitly tell the world that they were behind it.

“We didn’t want to be in front of it, we didn’t necessarily even want to let people know it was us,” Ashley Olsen told I.D.

“It was really about the product, to the point where we were like: Who could we get to front this so that we don’t have to?” 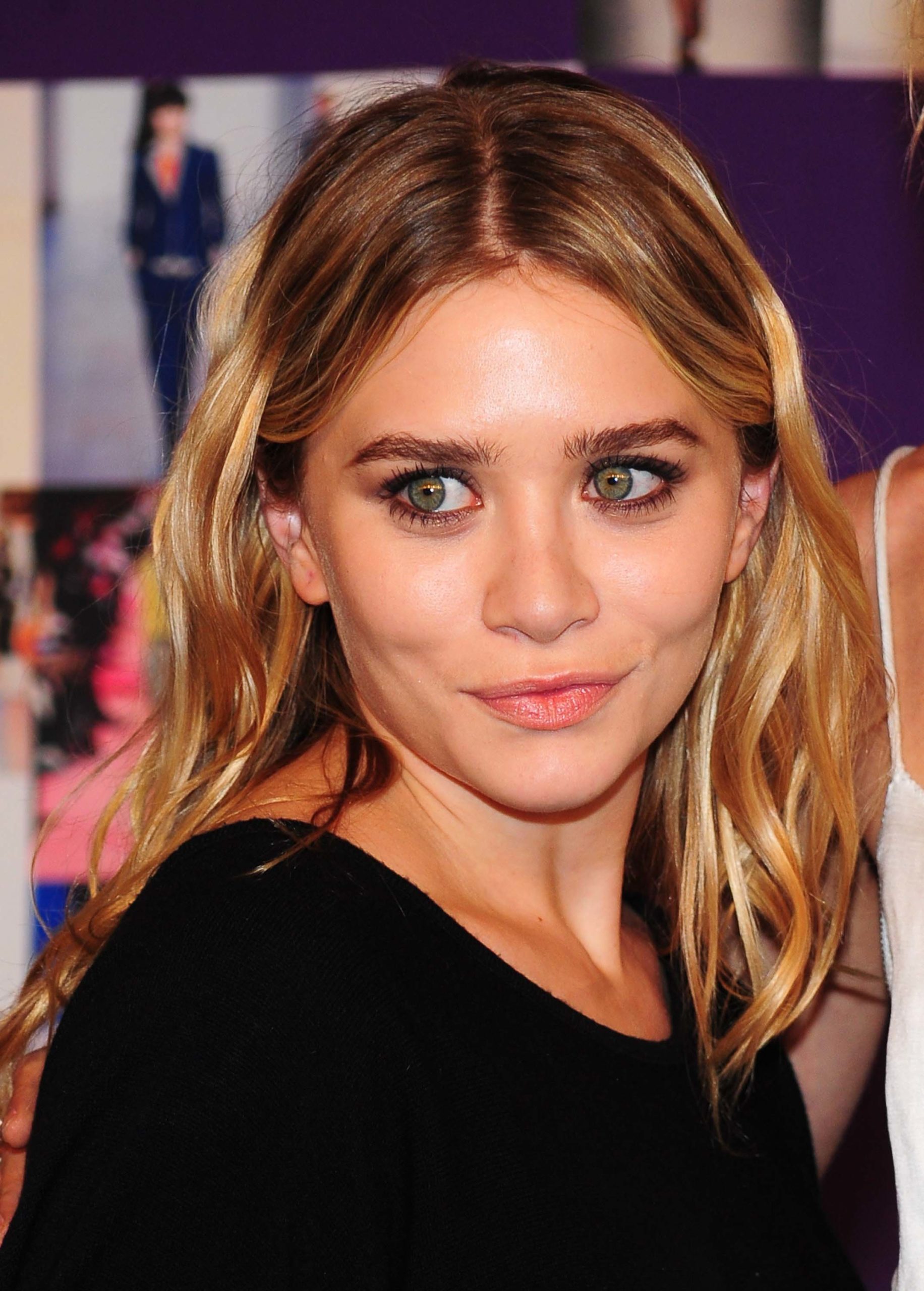 Mary-Kate and Ashley Olsen continued their fashion journey by releasing a new contemporary clothing line in 2007. They named it Elizabeth and James, after their sister and brother. Later, brands StyleMint and Olsenboye  were also on the market.

Not only did they create a strong brand, but they also won the hearts of the fashion experts. In 2012, Mary-Kate and Ashley won the top prize at the Council Of Fashion Designers of America Fashion Awards. Three years later, they took home the Womenswear Designer of the Year for their brand The Row.

In 2007, the Olsen Twins ranked 11th on the Forbes list of women in entertainment, with an estimated net worth of nearly $100 million. Since then, their fortune has increased quite a bit – Ashley Olsen alone is thought to have a net worth of around $250 million.

Though the sisters have always been in the spotlight, they chose to take a step back in recent years. In a 2019 Vogue interview, the Olsen twins said they felt it crucial to keep a low profile, especially since they’ve lived their entire lives under the bright lights.

“We’ve been there, we’ve done that, we started out that way,” Mary-Kate said.

“But this is the way we chose to move forward in our lives: to not be in the spotlight, to really have something that speaks for itself.” 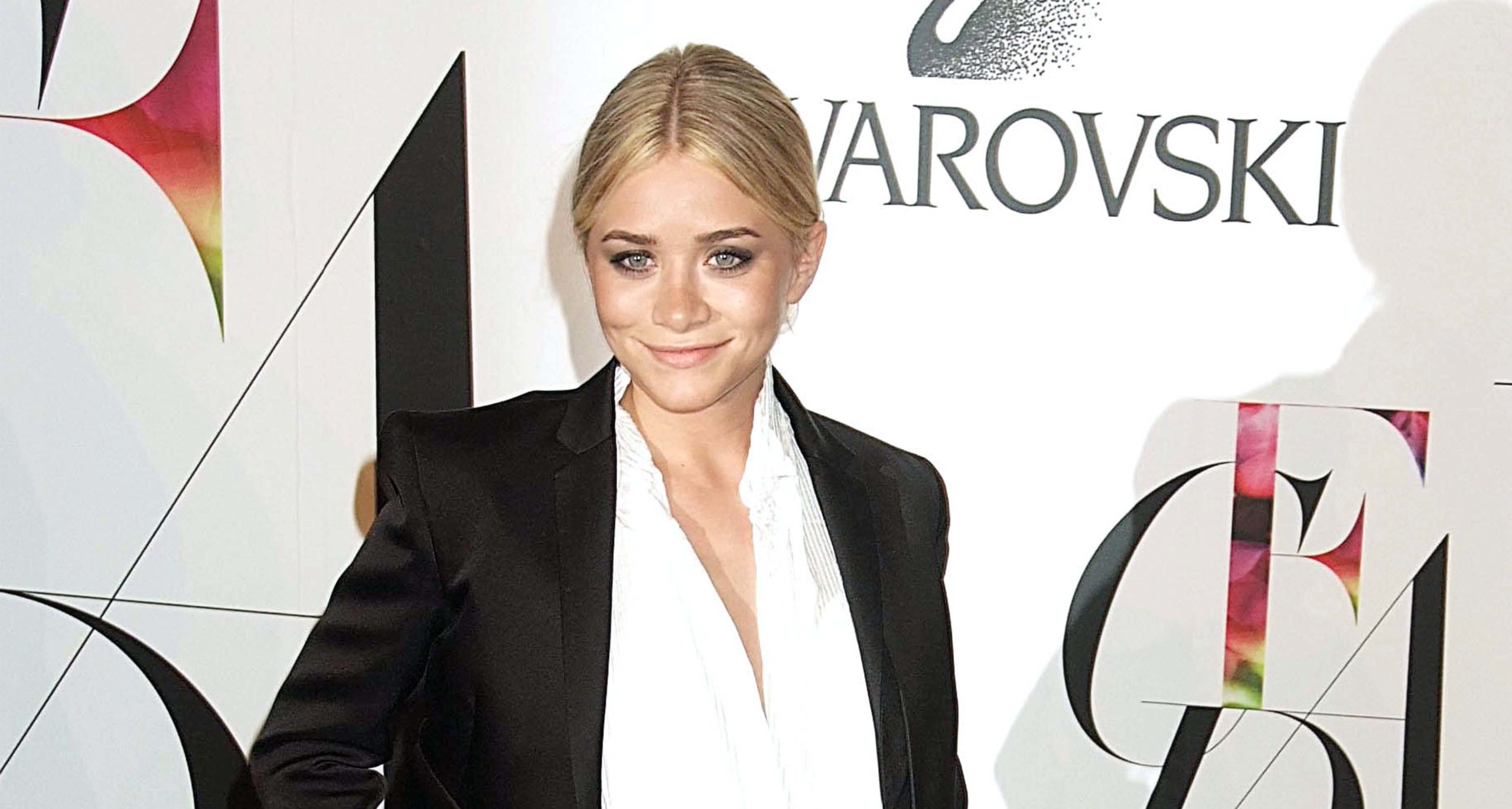 Of course, though the Olsen twins might be pursuing a more private sort of life, news about their personal lives still regularly reaches the surface. Perhaps especially so where it pertains to their romances. On that note, Mary-Kate has already been married, while Ashley has quite the dating history.

In 2001, she dated former football player Matt Kaplan, who would go on to become a very influential film producer.

Ashley Olsen – who is her boyfriend Louis Eisner?

Three years later, the couple split and Ashley went on to have several shorter relationships, including one with actor Jared Leto and another with restaurateur Scott Sartiano, as well as dating disgraced former cyclist Lance Armstrong. In 2007, she and actor Justin Bartha engaged in a long-term relationship. According got US Weekly, he was even close to “popping the question.”

However, Bartha and Ashley’s relationship didn’t last. She went on to date financier Richard Sachs, a man 28 years her senior. They broke up, and in 2017, the Full House star fell in love again.

Olsen has quietly been dating Louis Eisner since 2017, as reported by RadarOnline. However, the two have only been photographed together a handful of times. 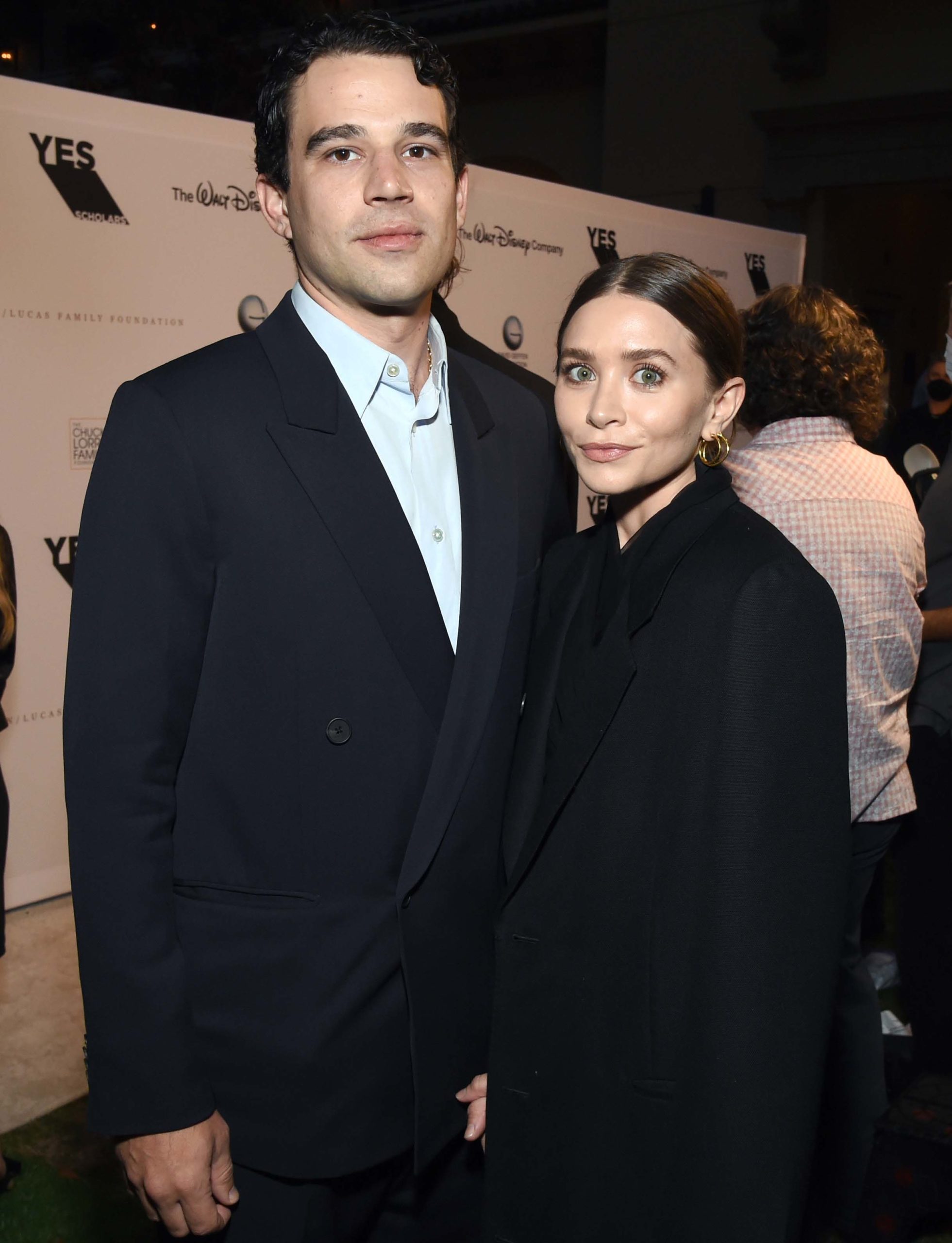 Ashley and Louis Eisner had reportedly been friends for years before the two started dating. Back in 2010, he was featured in Interview Magazine, where it became known that Eisner – born on July 31, 1988 – grew up in Santa Monica.

His mother, Lisa Eisner, is a photographer, and Louis was very interested in art from a young age. He interned at Sotheby’s and later graduated from Columbia University with a degree in Art History.

For years, Eisner was a part of the Still House Group, a collective of young artists. Some of his abstract paintings have been auctioned off. Apparently, Ivanka Trump purchased one of his pieces in 2013.

Ashley and Louis were first seen publicly at the Hammer Museum’s Gala in the Garden, LA in October 2017.

However, it took around four years before they made their red carpet debut together when they attended the YES 20th Anniversary Celebration, an event which supported the Young Eisner Scholar foundation, run by Louis’s father, Eric Eisner.

As mentioned, Ashley is keen on a more private life moving forward. That’s likely why she hasn’t spoken publicly about her relationship, which is entirely logical.

Meanwhile, it appears that Louis has been very welcomed by the Olsen family. Back in 2019, he joined them in celebrating Mary-Kate’s birthday with a few loved ones.

The same year, engagement rumors surrounding Ashley and Louis were sparked. Speculation suggested that he had proposed to her, though nothing has been confirmed as of today.

For her part, Ashley seems extremely happy with her partner, though she and her sister experienced an immense tragedy this year. 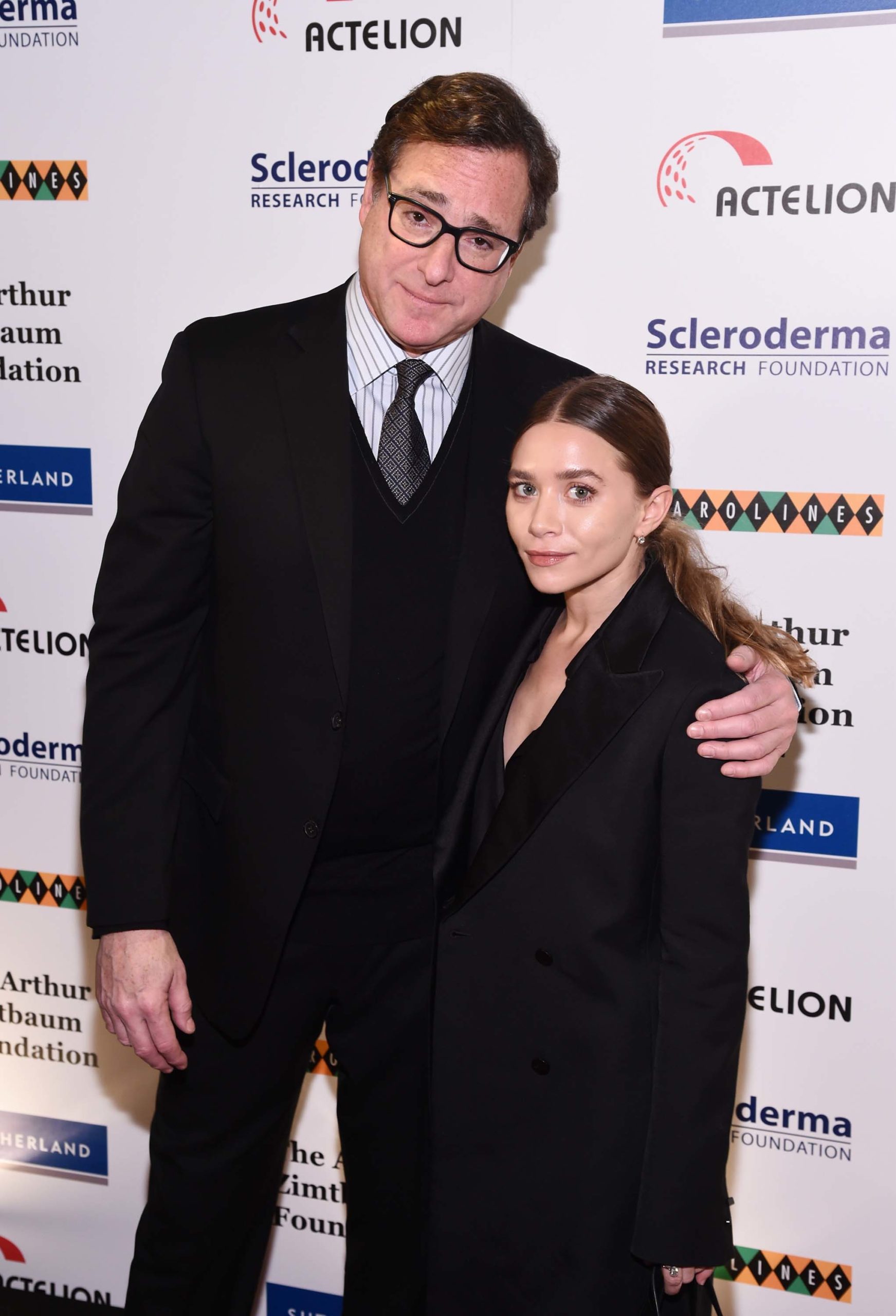 Their lifelong friend and co-star on Full House, Bob Saget, passed away on January 9, age 65. He was found dead in his hotel room in Grande Lakes, Florida while on the road for his comedy tour, I Don’t Do Negative Comedy.

According to a statement from his family, Bob died due to head trauma. Authorities determined that the actor accidentally struck the back of his head on something, while his family concluded that no pills or alcohol were involved, as reported by NPR.

Saget’s passing was, of course, a big shock for Mary-Kate and Ashley Olsen. After the sad loss of their television dad, the Olsen twins decided to put out a statement.

“Bob was the most loving, compassionate and generous man. We are deeply saddened that he is no longer with us but know that he will continue to be by our side to guide us as gracefully as he always has,” Mary-Kate and Ashley said.

“We are thinking of his daughters, wife and family and are sending our condolences.”

Ashley Olsen and her twin Mary-Kate have been through a lot. Despite being chased by paparazzi for a significant portion of their lives, they managed to follow their dreams into the world of fashion.

Please, share this article on Facebook with friends and family if you also remember watching Full House!