Camille Vasquez, Johnny Depp’s attorney, concluded her cross-examination, referencing allegations that Amber Heard had hit her ex-GF Tasya Van Ree in 2009. At the time of the incident, two officers allegedly saw how Heard smacked Van Ree in the arm, and yanked her necklace off, which led to arrest but then the charges were quickly dropped. 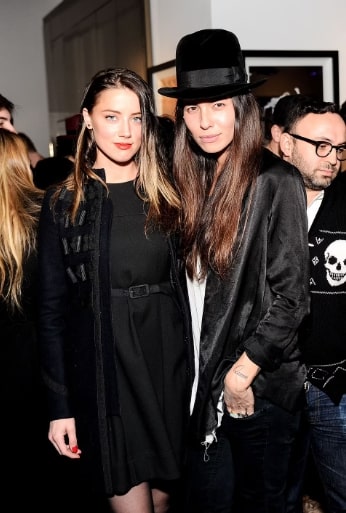 “Johnny Depp isn’t the only partner of yours that you’ve assaulted,” Vasquez pointed out. 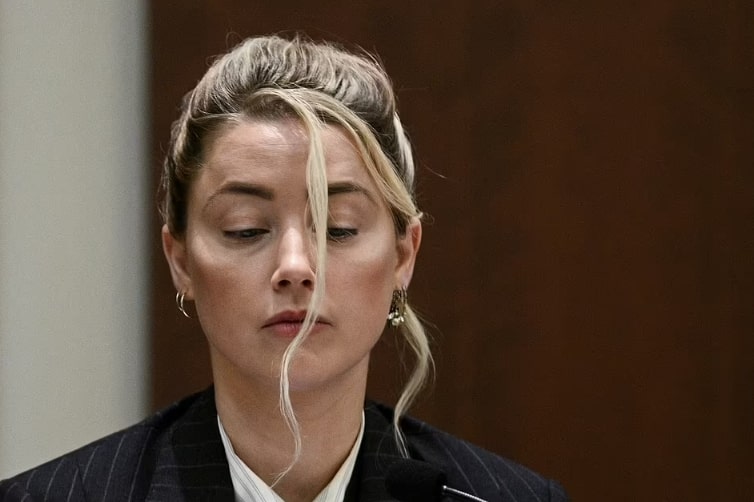 But Heard insisted: “I’ve never assaulted any partner. I’ve never assaulted Mr. Depp or any other person I was romantically linked to, ever.” Vasquez then responded: “No further questions, your Honor,” wrapping up the two days of cross-examination. Earlier, the attorney had asked the Aquaman actress why James Franco visited her LA Penthouse in May 2016, after a fight with Depp that saw the final strand in their marriage. 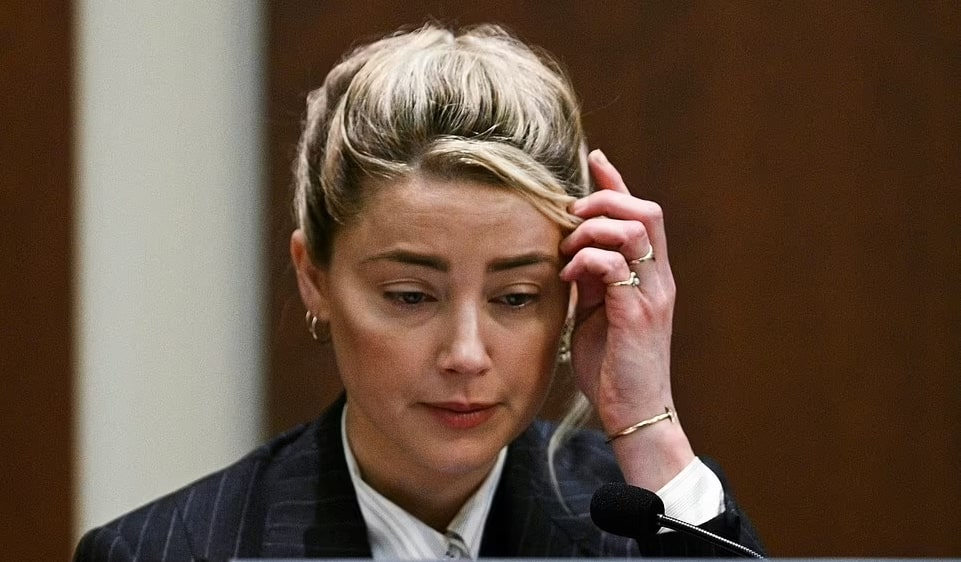 Vasquez asked Heard: “You knew Mr. Depp was out of town May 22, 2016, didn’t you? She then added the visit came the day after Heard changed the locks. 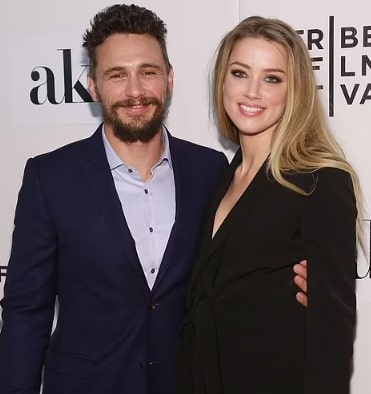 Heard again replied: “I didn’t know his schedule.” And of Franco, she continued: “He was my friend, and he lived literally next door. I’d exhausted my support network, and I was happy to welcome as much friendship as I could possibly get.”

Previously, the court had heard Depp was highly jealous of Franco and thought Heard was having an affair with him. The jury was presented with a video of Franco and Heard in the elevator of the apartment building. Elaine Bredehoft, Heard’s lawyer, asked Heard about the CCTV footage, which saw Franco putting his head on Heard’s shoulder in an affectionate gesture. 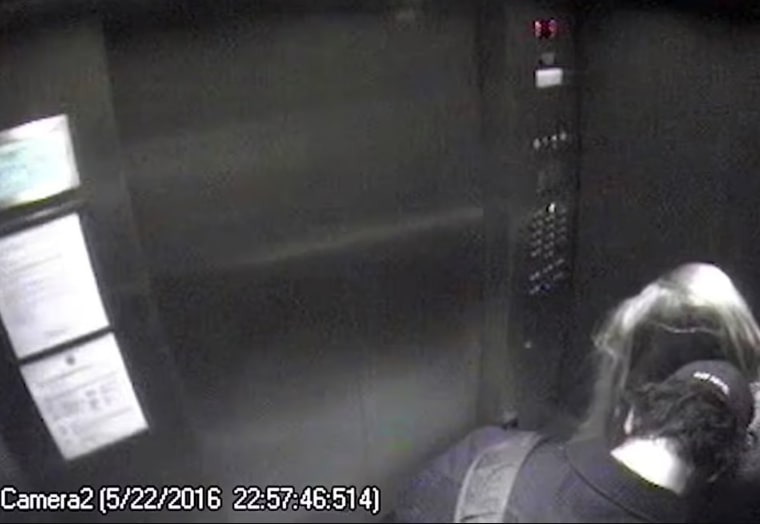 She said: “After seeing my face, he put his head on my shoulder. He touched the side of my face too.” Heard claimed Depp threw a phone at her the night before, leaving a bruise on her cheek. She then said Franco touched the side of her face and responded to what he saw.

During the trial, the courtroom had at several points burst into laughter, including when the Jury heard a Tweet that the actress sent to Depp’s former lawyer Adam Waldman in March 2021. In response to a comment by Waldman about her injuries being fake, Heard had written: “Yes, Mr. Waldman, I may be wearing makeup on this occasion, but on every occasion, you will still be short.” 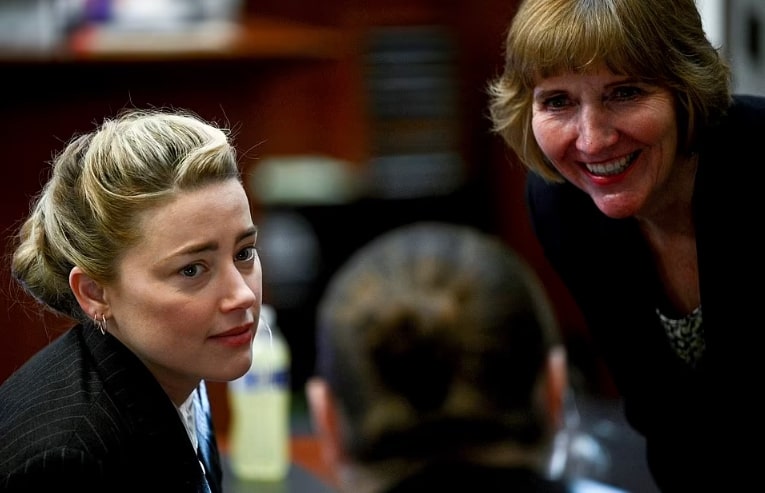 With the latter, Vasquez sought to portray Heard as the aggressor in the relationship and even played an audio recording where she admitted to hitting Depp. 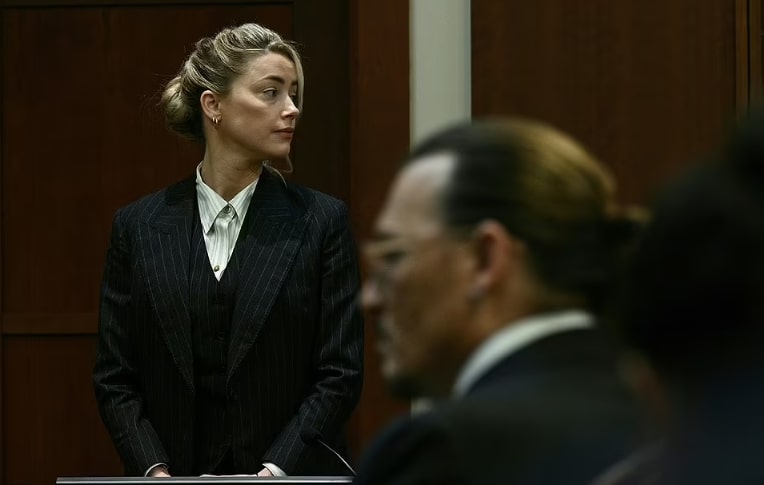 When Vasquez asked if she struck Depp several times, Heard said, “many times I had to use my body to defend myself. If it meant the difference between a sore face and a broken nose, yet bet I would.” When also asked if she was the initial aggressor, Heard replied that if Depp was choking her, then she might be the first person to slap him. She claimed if she ever got physical, it was to defend herself.

The court also heard how the actress denied editing photographs she took after her final argument with Depp in May 2016 before she filed for divorce. 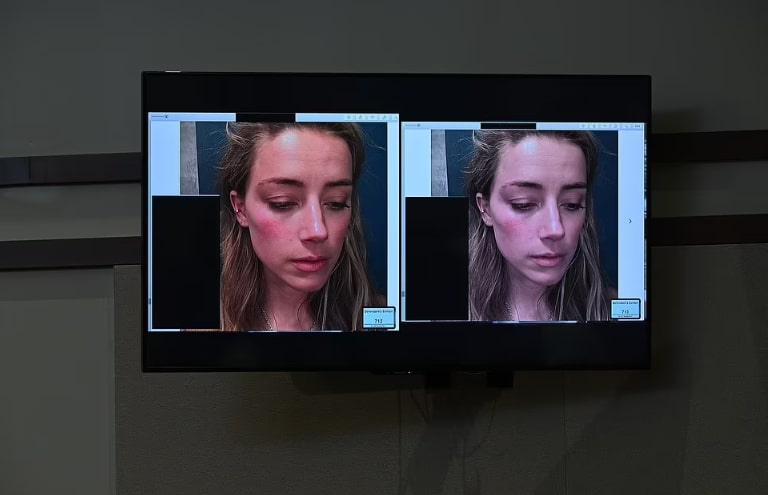 Vasquez showed the jury two photos that Heard took showing herself with a red face and a bruise on her face. “You just edited these photographs?” the attorney asked. In response, Heard insisted: “Never.” Vasquez then asked if Heard enhanced the saturation to make her face look more red? She replied: “That’s incorrect; I didn’t touch it.” 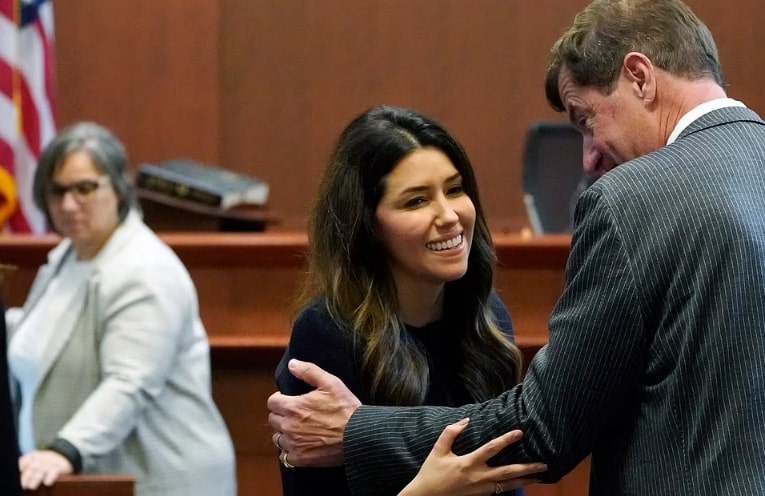 At another point in the trial, the court was shown a knife that Heard bought Depp as a present in 2012, with the inscription Hasta La Muerte [ Until Death]. 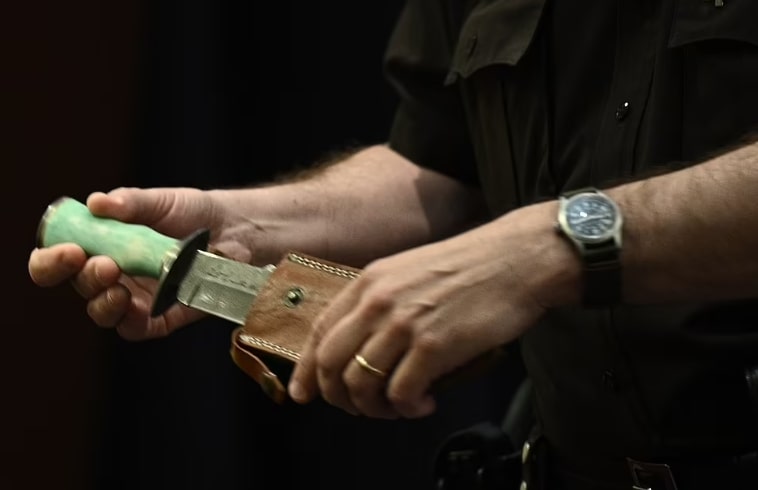 Heard testified Depp used to say the only way of this relationship is death, which is why she inscribed it as such. Vasquez questioned the master deputy of the court to show the knife to Heard and the jury before asking if the time of purchase was a period when Depp was being violent. But Heard claimed he was in and out of sobriety in 2012. “During these cycles of violence, you gave Mr. Depp a knife as a gift? 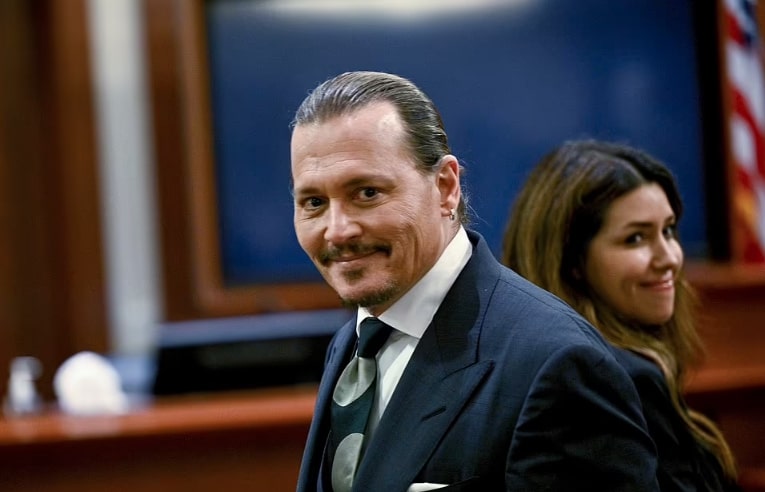 Of Depp’s photos with bruises, Heard claimed one of the pics with black eyes is Photoshopped. 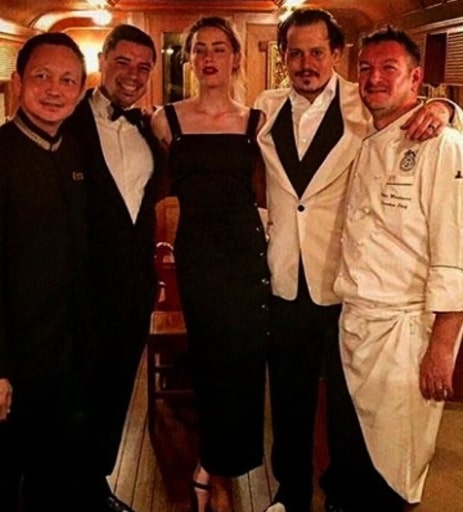 Vasquez presented to the court a photo from the couple’s honeymoon in 2015 that shows the Pirates of the Caribbean actor with dark bruises. The actor had posed alongside his now ex-wife and three others. He indeed appeared to have visible injuries and swelling on his face. “I’ve seen this picture before, and he’s not injured in it. This one is Photoshopped,” Heard said under cross-examination.

She also said amid the trip, Depp slapped her across the face, grabbed her by the neck, and pushed her against the wall of a train car; however, there is no photographic evidence of Heard’s alleged bruises. 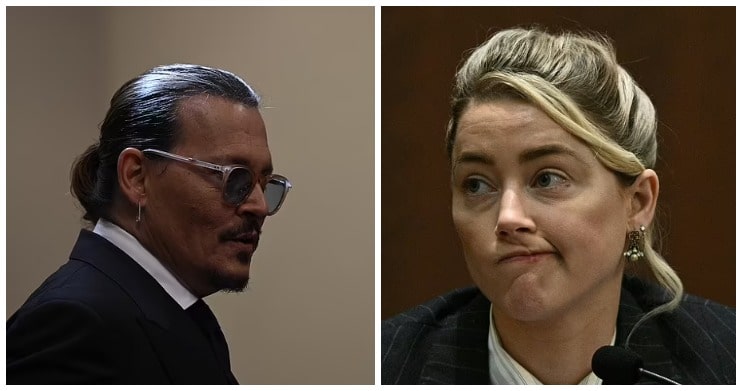 However, the court had also heard an unhinged argument between the actress and Depp in which she tells him: “Suck my d**k! Depp responded: “Suck my d**k.” Heard responded, telling him she regrets believing “all the lies you sold and calls Depp a washed-up piece of s*** and a sellout.” She also told Depp that “you’re a joke.” And he replied: “I’m the joke in the industry, Amber? And said bitingly, “Aquamannnnn.”

“21 Whatever. No-one cares”, Heard said, referring to 21 Jump Street, the TV series which was Depp’s big break in his 20s. 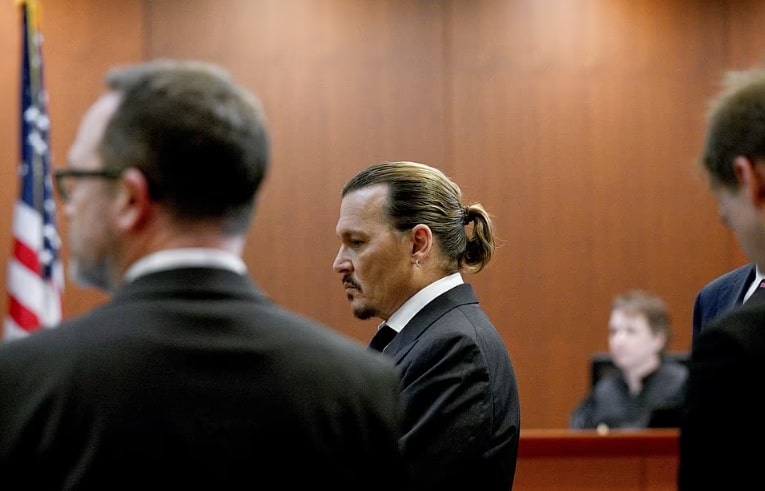 Vasquez asked Heard if it was true that Depp got her the co-starring role in Aquaman. She insisted: “Excuse me? No Miss Vasquez I got that role by auditioning.” Vasquez then asked: “You were the jealous one in this relationship?” Heard said: “Johnny’s always been very jealous when I worked.” The actress further told the court she was released from her contract to do Aquaman 2 but managed to stay in the movie, adding that she has no idea how long she will appear once the film airs in theaters.

When asked if she was replaced in the movie, which is due next year, Heard said that “they released me from my contract” and added she had to ‘fight’ to keep her role as Mera. “I don’t know how much I’m in the final cut,” she said. 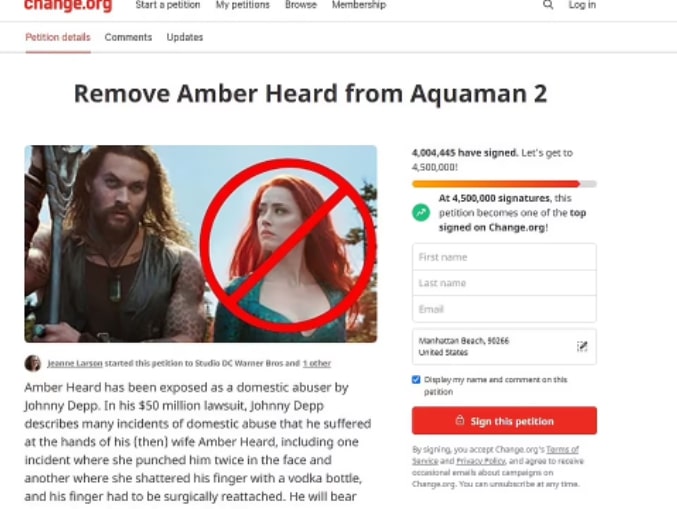 On the other hand, Heard told the court that Depp couldn’t look her in the eye because he was ‘guilty. With a wobbly lip, Heard had stated: “Because he’s guilty. He knows he’s lying; otherwise, why can’t he look at me? I survived that man, and I’m here, and I’m able to look at him.” The actress stared at Depp, who kept his head down and spoke with his lawyers, refusing to meet her gaze.

Under redirect, #AmberHeard told the jury that #JohnnyDepp cannot look her in the eye because he is guilty. "I survived that man and I'm here and I'm able to look at him," Heard said. @LawCrimeNetwork pic.twitter.com/VIX1nL9pFq

It would be recalled Depp’s lawyers have previously claimed the actor vowed never to look her in the eyes again once they divorced.