Alec Baldwin has been in the media spotlight following the tragic shooting which killed cinematographer Halyna Hutchins on the set of his film Rust.

The movie star was handed a prop gun that he believed was filled with dummy rounds but that wasn’t the case: Baldwin discharged the gun killing the 42-year-old mother and injuring director Joel Souza.

As police and movie bosses grappled with how this could have happened and Baldwin appeared in tears cooperating with police, production of the movie was suspended indefinitely.

For the past two weeks the Santa Fe Sheriff’s Office has been conducting an investigation into the incident while celebrities express their views on just how safe movie sets are when real guns are involved.

Actor Alec Baldwin is pushing for police protection on film sets as a safety measure to prevent fatal accidents.

His comments follow the tragic October incident that killed cinematographer Halyna Hutchins and injured director Joel Souza on the set of the movie ‘Rust.' pic.twitter.com/acMYPFtox9

Stories are also emerging claiming tension between producers and crew members with several staff reportedly walking off set hours before the fatal shooting in protest of safety concerns and working conditions.

Camera operator Lane Luper, was one of the crew who left the set saying “corner cutting” was making production unsafe.

“This set was unsafe simply because they didn’t have the wherewithal to follow safety rules that we have in this industry that we’ve been following for decades,” he told Sky News.

Now Baldwin has taken to social media calling for a police presence on film sets when weapons are being used.

The 63-year-old father of six wrote, “Every film/TV set that uses guns, fake or otherwise, should have a police officer on set, hired by the production, to specifically monitor weapons safety.”

Hutchins, who was a Ukrainian cinematographer and journalist who worked on more than 30 films, short films and TV miniseries, was shot while working on the Western movie set in Santa Fe, New Mexico.

She died later that day in flight to the University of New Mexico Hospital in Albuquerque.

#TheRock will ban real guns from all his sets after #Rust fatal shooting https://t.co/nxGqHYpIXa

The next day, Baldwin released a statement saying, “There are no words to convey my shock and sadness regarding the tragic accident that took the life of Halyna Hutchins, a wife, mother and deeply admired colleague of ours. I’m fully cooperating with the police investigation to address how this tragedy occurred and I am in touch with her husband, offering my support to him and his family. My heart is broken for her husband, their son, and all who knew and loved Halyna.”

Many celebrities and politicians have called for change following the tragedy with actor Dwayne “The Rock” Johnson and TV shows such as The Rookie pledging to stop using real firearms on set.

Police in New Mexico are leading the investigation and say they haven’t ruled out bringing criminal charges over the shooting.

In a statement, the producers of Rust, including Alec Baldwin, said: “The safety of our cast and crew is the top priority of Rust Productions and everyone associated with the company.

“Though we were not made aware of any official complaints concerning weapon or prop safety on set, we will be conducting an internal review of our procedures while production is shut down.

“We will continue to cooperate with the Santa Fe authorities in their investigation and offer mental health services to the cast and crew during this tragic time.”

Baldwin had been preparing for a shootout scene inside a church by making sure the camera crew got its angles right with the .45-caliber Colt revolver, the LA Times reported.

“So, I guess I’m gonna take this out, pull it and go, ‘Bang!’” he said as he reached for the holstered handgun, which was supposed to be loaded with dummy rounds, according to the newspaper.

Instead, a live bullet flew out the barrel of the firearm, mortally wounding Hutchins who stumbled backward and fell into the arms of the chief electrician. Meanwhile, director Joel Souza, who was reportedly struck by the same round, also dropped to the ground, the LA Times said.

The day after Halyna Hutchins died, her husband Matt Hutchins said the loss was enormous and asked for privacy as the family grieves. He said he has spoken with Baldwin, who he said was being very supportive. 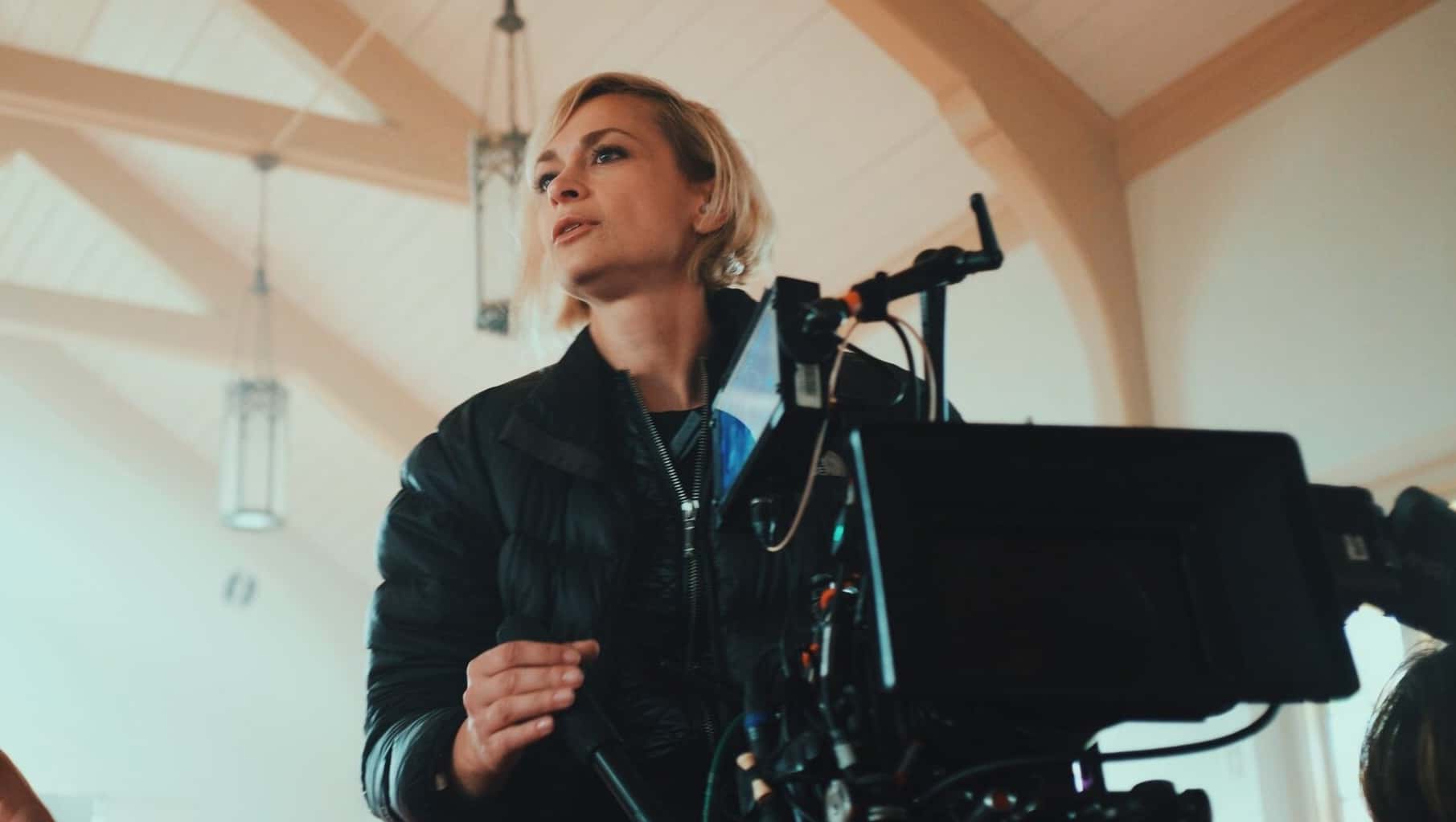 “Halyna inspired us all with her passion and vision, and her legacy is too meaningful to encapsulate in words,” Matt Hutchins tweeted, with a photo of his wife and their son standing at a riverbank.

He also shared three family photos on Instagram with a heartbreaking caption: “We miss you, Halyna!” In all three photos she was smiling and posing with her young son.

When her 9-year-old son, Andros, heard about the news, he didn’t speak for two days, according to Hutchins’ father, Anatoly Androsovych.

“Andros was incredibly close to his mother and fell silent when told she was dead,” Anatoly told The Sun. “Matt was really worried because the boy withdrew into himself and couldn’t say a word for two days.”

This tragedy could have been avoided if the right safety checks had been in place and followed correctly. Such a senseless loss of life that’s left a young boy without his mother. My heart goes out to her family.

Do you think guns should be banned from movie sets? Post your thoughts in our comments section and share this story.